All this rain has caused the tree in Levi’s stall to droop to the ground. #horsesofinstagram #blmmustang #barnview

Because of all the rain, the tree in Levi’s stall had drooped to the ground and the B.O. asked me to move him for a bit into another stall. I warned her that he might get into stuff in that stall as it’s next to where the chicken coop used to be and there’s a bunch of random stuff back there now. I did not, however, anticipate quite his reign of destruction.

I put him the the other stall around 2:30 with a trough full of hay and a bucket of beet pulp. By 4:00pm, I had received this email from my barn owner.

I told her that if she had to, she could move him back and if he was trapped by the tree, he’d survive a night. I figured we’d fix whatever needed fixing tomorrow and we went to dinner. On the way to dinner, I got another email:

followed not 10 minutes later by this single line:

Thanks to daylight savings, we were able to make a trip to the barn to fix the tack container after quickly shoving down some food. 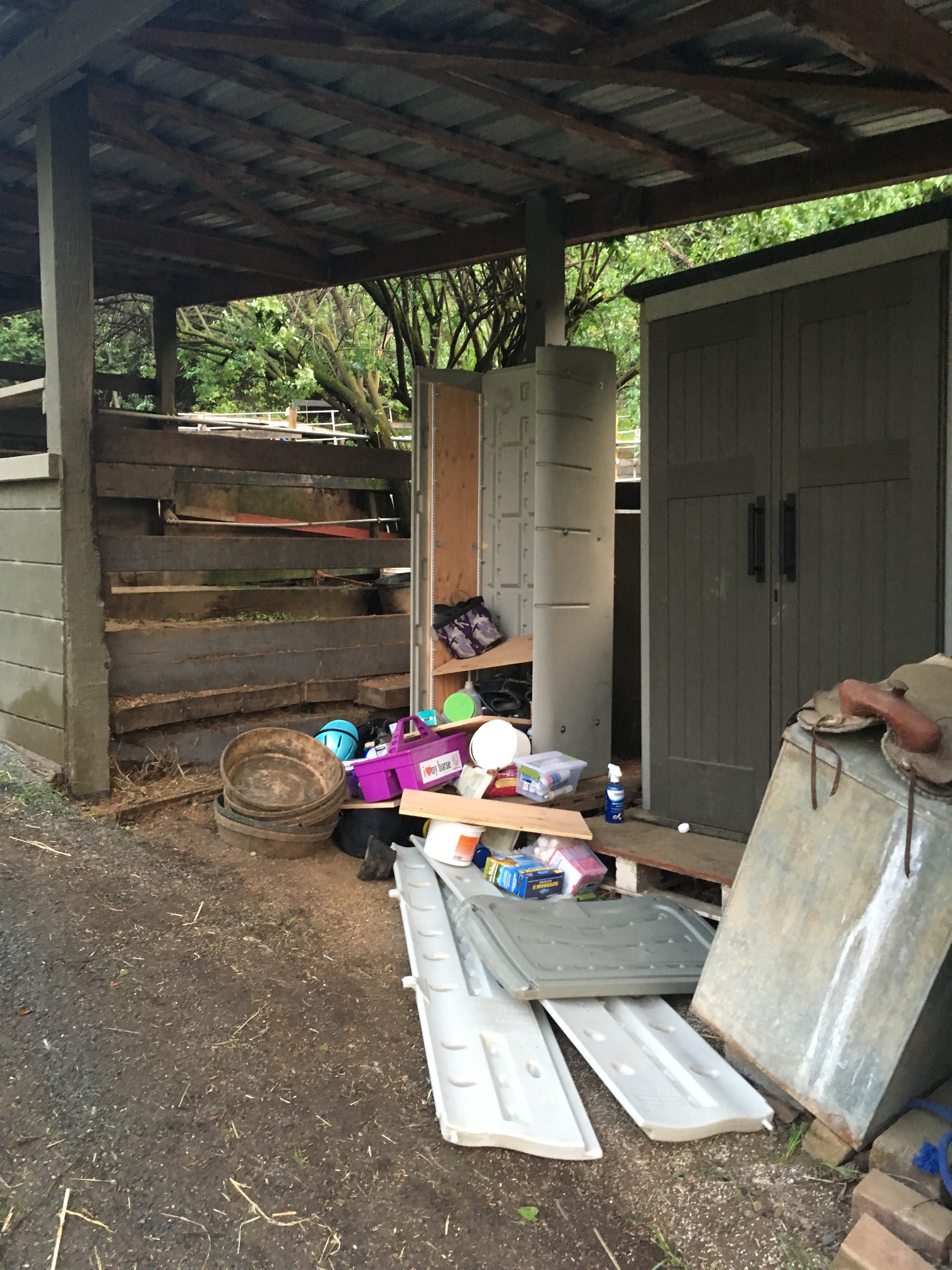 He is such a freaking brat. And he had food and 2 jolly balls, a treat roller ball, and one of those apple bouncy toy things. But those apparently aren’t as fun as tearing apart containers and pulling down gutters.

We did actually manage to re-assemble the cabinet and Levi was moved back to his old stall, but man, it’s a good thing he’s so cute. 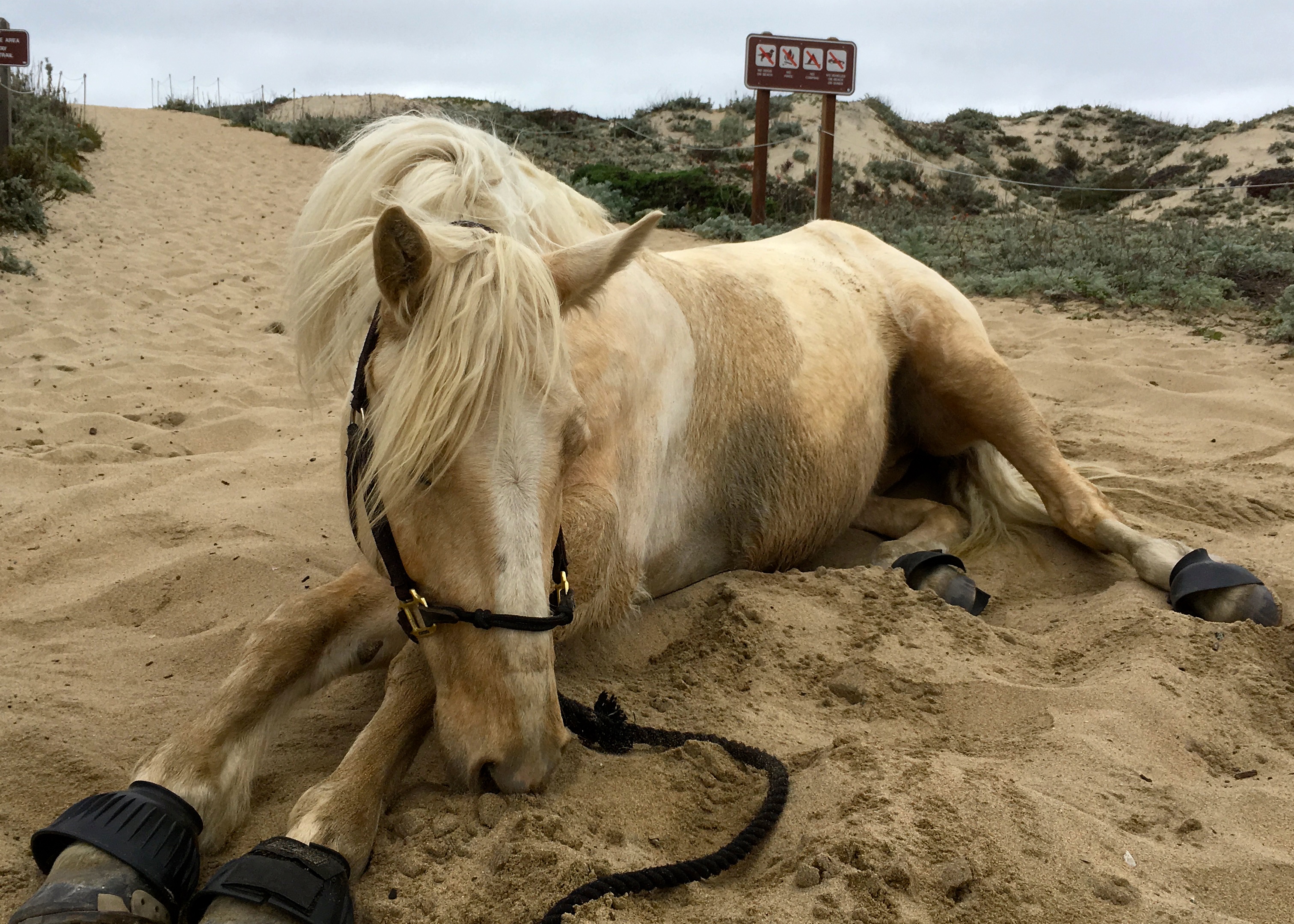 34 thoughts on “A Series of Messages from My Barn Owner”