Despite not posting about them for a month (or more), dressage lessons have continued. My husband has been joining in those lessons so I don’t have any photos. And I have a hard time writing endless scrolls of text without any pictures to break them up.

Nonetheless, we have been progressing. Nilla no longer requires draw reins and she’s not rearing. So we’re basically back to where we were a year ago. Yay! Progress is fun. I did take my helmet camera and point it at one corner of the arena for our most recent lesson. Since it’s a helmet camera, it’s not really designed for that, but at least I can pick a few screenshots out.

I’ve been spending most of my rides working on transitions. We walk and halt and halt and walk for ever. Then we walk to trot and trot to walk. We trot for about 2 strides, which is convenient given how freaking hot it is here. The goal is to get Nilla to do transitions without hurling her head into the air. She’s much like a pony in that she has tons of strength in her under neck and likes to use it to propel herself. 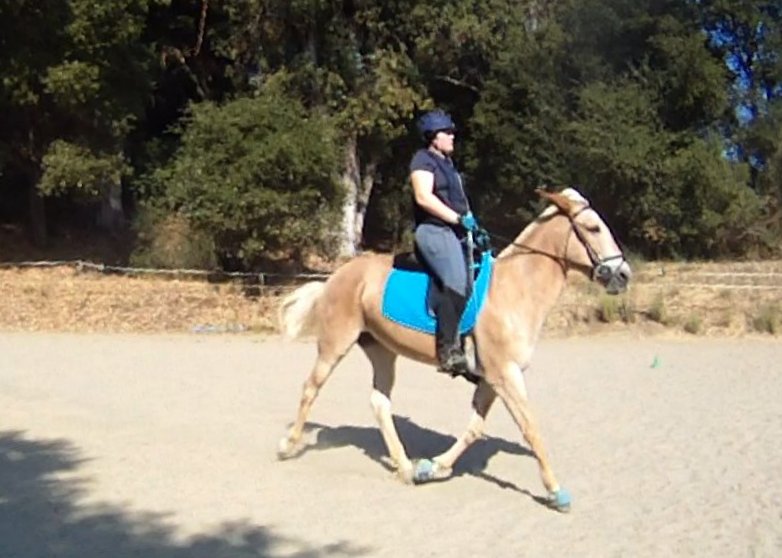 In lessons we actually trot for more than two strides, but the focus is still on transitions. As Nilla was trying to jump into canter instead of trot for upward transitions, my trainer told me to try going into transitions with a bit of leg yield. And it worked. With a little bit of sideways energy, I was able to get her to step up, but stay on the bit. 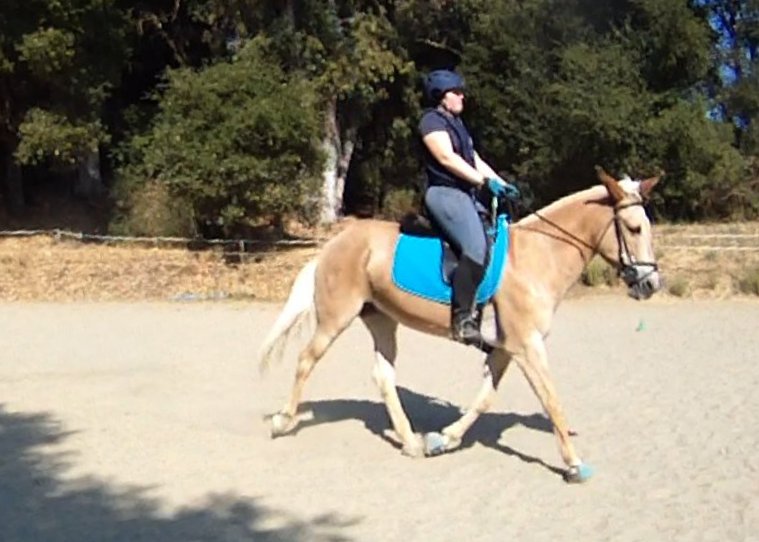 To continue working on that, we did 4 loop serpentines with halt or walk on the centerline. Our arena is narrow enough that this meant we were going into or going out of bend at every transition. And this made it easier for me to apply the leg yield aids. I liked this exercise as it kept Nilla focused every moment. I suppose I should be able to get her to be focused on me even on the straightaways, but I’m just not that talented. 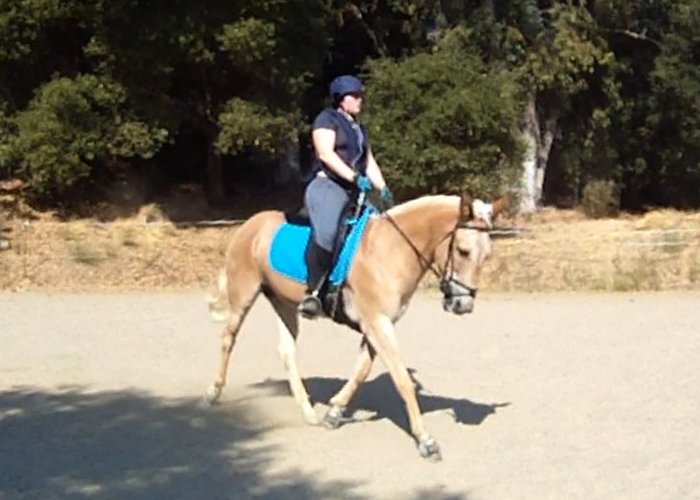 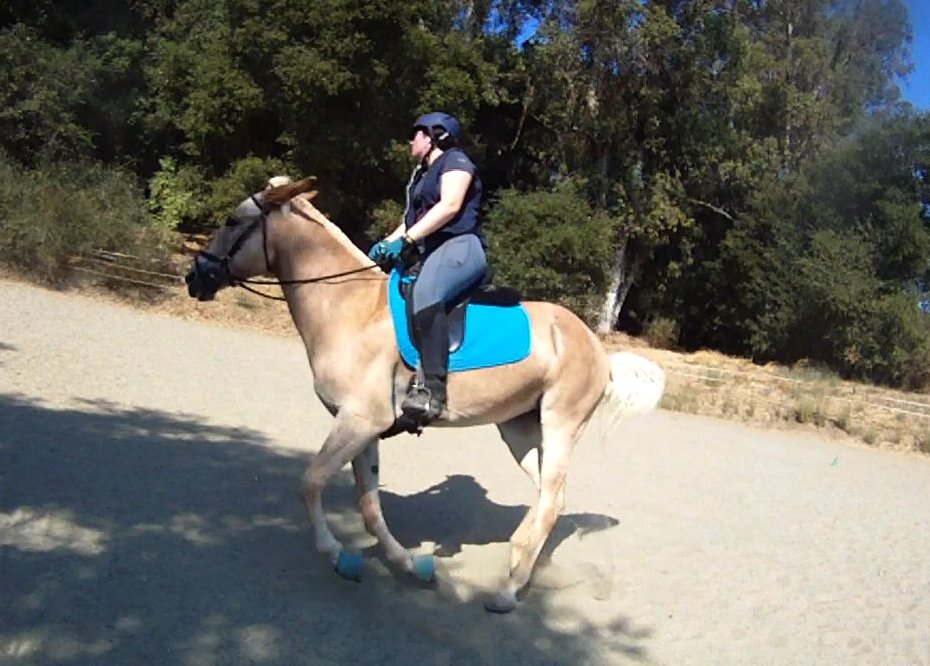 Canter transitions are getting better, but we need to work on canter itself. We’ve spent so much time working on transitions, that Nilla peters out of canter after a few strides. I really have to push her to keep her moving and even then I often miss it and she breaks stride. We didn’t do anything about that in this lesson as we were trying to keep her calm and relaxed, but I should probably start doing more lengthy canter work. 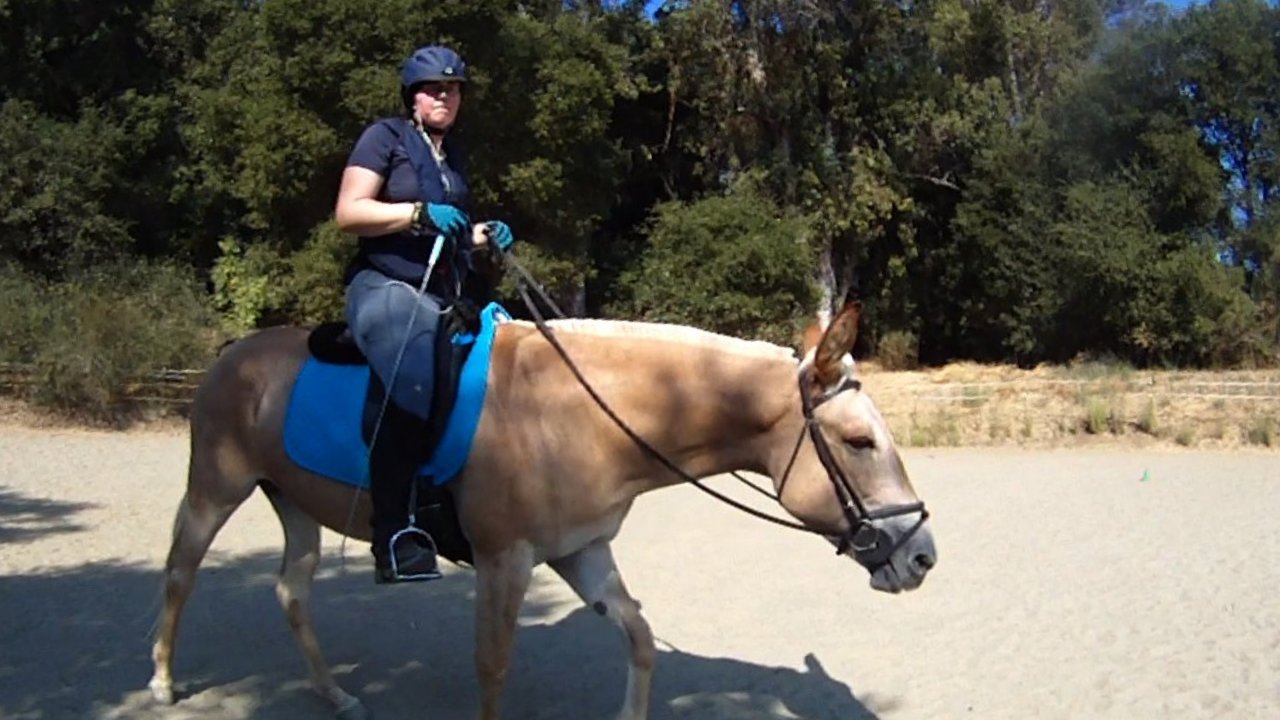 One of the best parts of the lesson was my trainers comment at the end that at no point could Nilla’s tongue be seen. I checked with the video and there was indeed no tongue. I doubt this is a permanent fix, but I do think the new bit and Chiro are helping.