The sun finally came out long enough for us to do an Easter Egg hunt with the horses. The first step was to stash some egg treats around the arena. 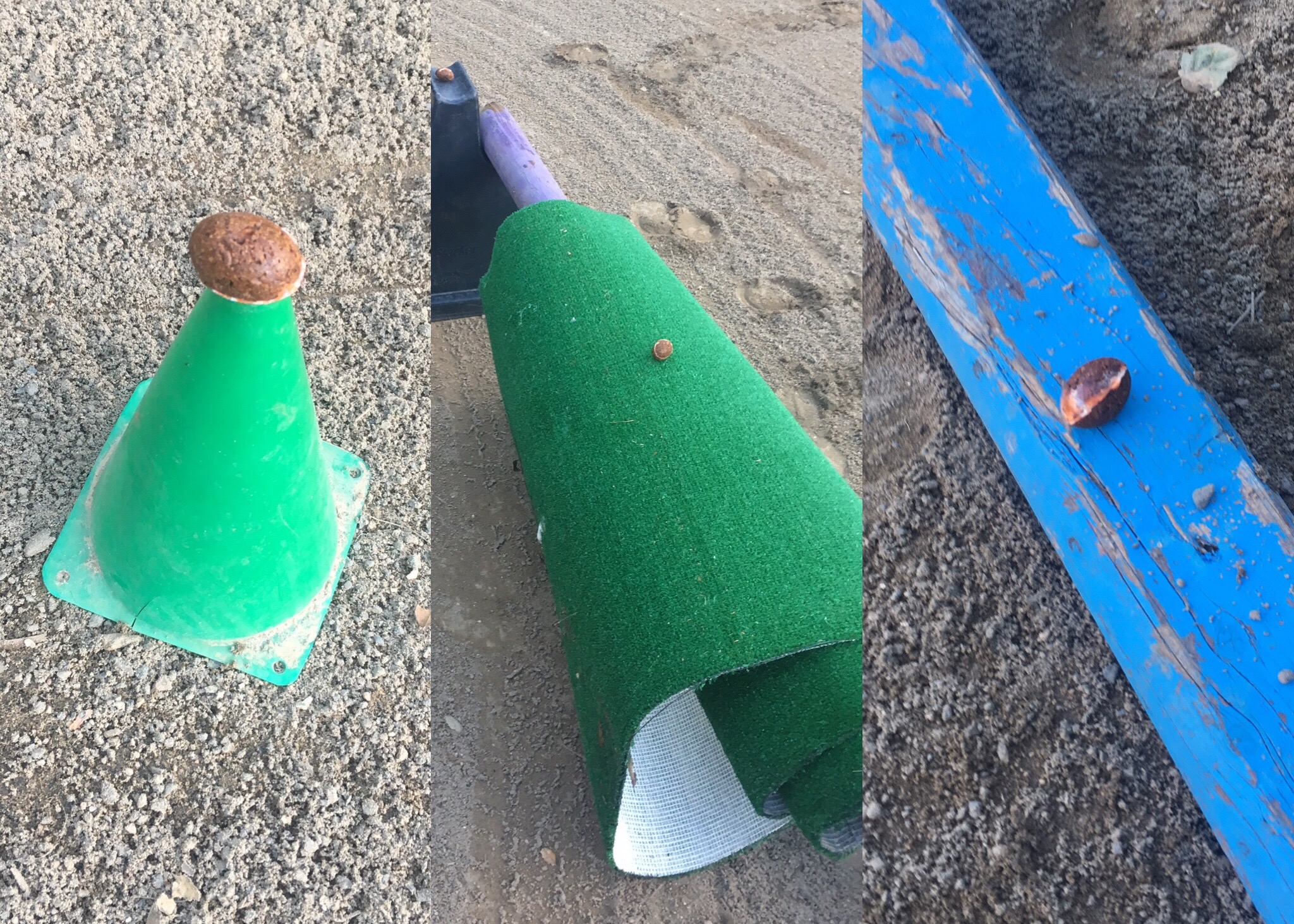 I didn’t hide these in any way shape or form. I just placed them on various things in the arena: poles, standards, cones, etc.

The next step was to apply bunny ears to the horses. They were thrilled. 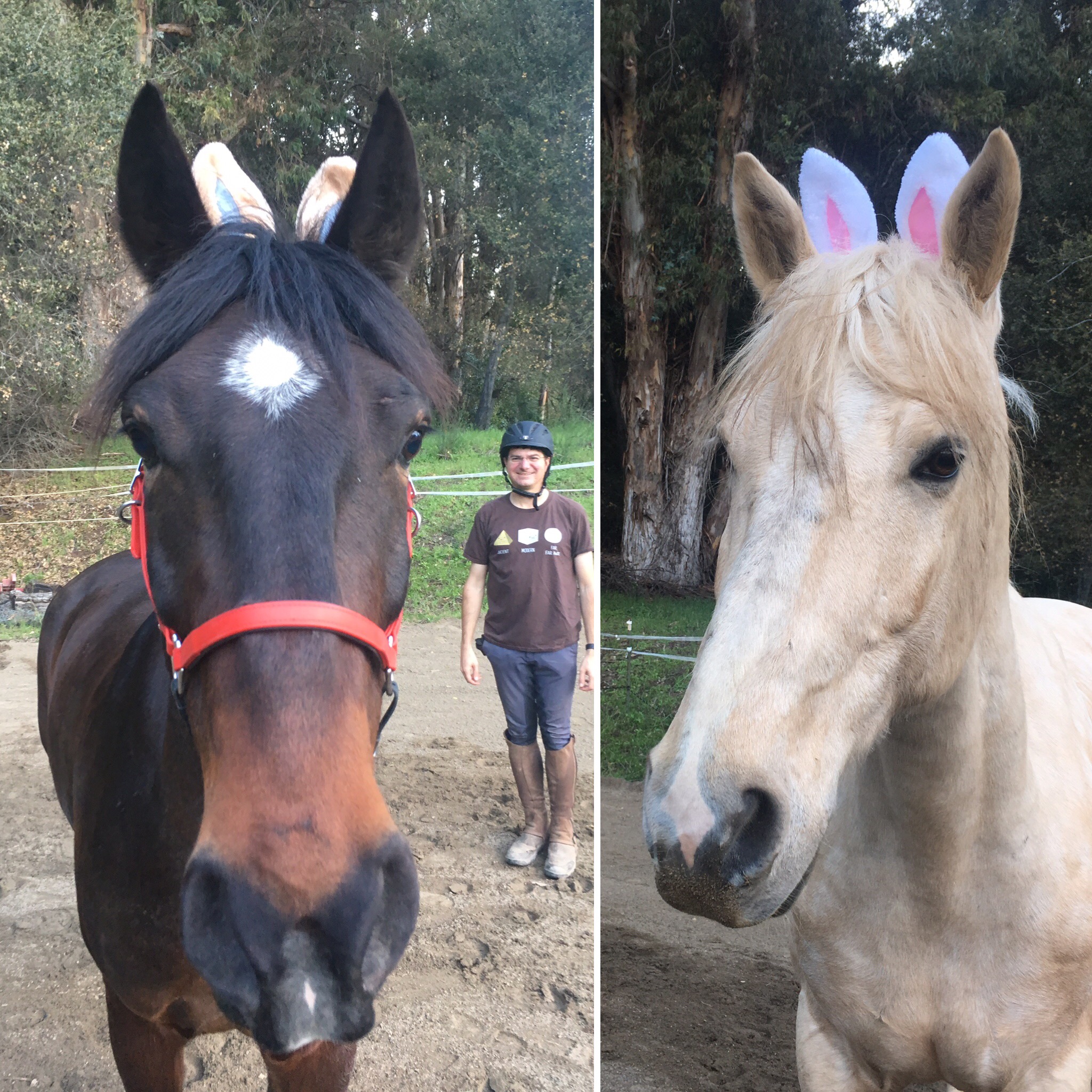 Then I had to convince the boys to leave the grass and weeds lining the arena long enough to bother looking for treats. I got Eugene to follow me over towards the “hidden” eggs by rustling the bag and then I couldn’t get him to stop following me even when I led him over to a jump with a treat on it. 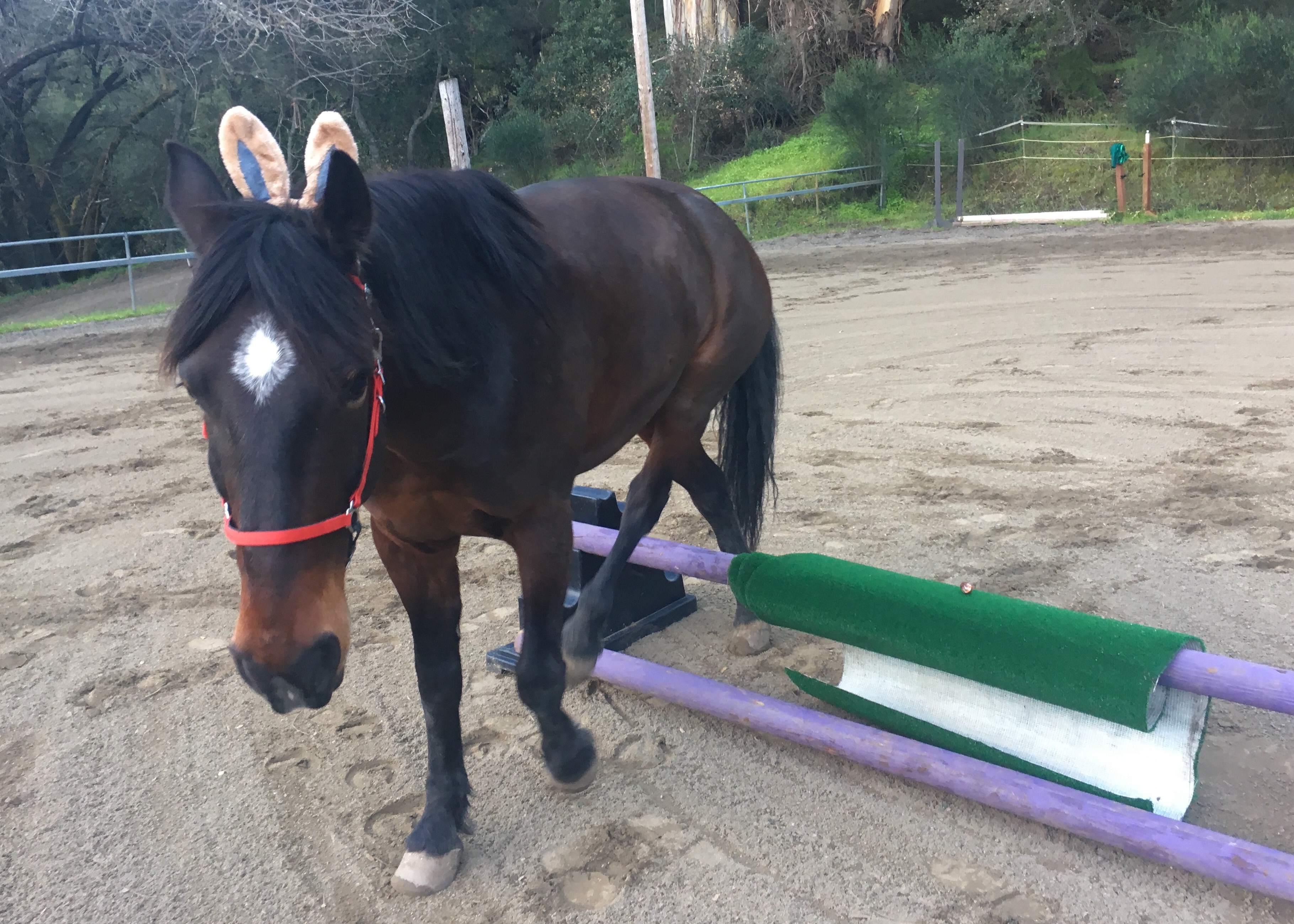 I left Eugene with my husband and went to drag Levi away from the grass. He was happy to follow me without a bribe because he’s essentially a golden retriever in horse form and loves to be with people. But he was sadly also no good at finding treats.

I finally pointed him into finding the one on the blue pole and then he examined the teal pole for a minute without realizing there was a treat on the purple pole. Genius. He eventually found a second egg, spit it out and wandered off to eat grass. Never work with animals or children, people.

A treat you say! Where?

When he would finally find them, he was happy to eat the treats though. And he followed my husband around begging for more.

Both of our horses were spectacularly bad at finding eggs and preferred to beg us for them instead (there’s a treat on the standard). #blmmustang #horsesofinstagram #horselife #horseblogger #horsetreats #horse

Eugene did eventually find and eat a few treats. And even if their egg hunting skills weren’t so awesome, they looked adorable in their bunny ears and it we laughed the entire time so it was worth it.

Neither Levi or Eugene are terrible food motivated so I never had high hopes for the egg hunt with them, but I figured Nilla would be good for it. That mule will do anything for food and she’s smart. We didn’t have time that day to do a hunt with her so I had to set up a separate one for her in the small arena.

Once again, the treats weren’t really hidden so much as just placed on top of things. 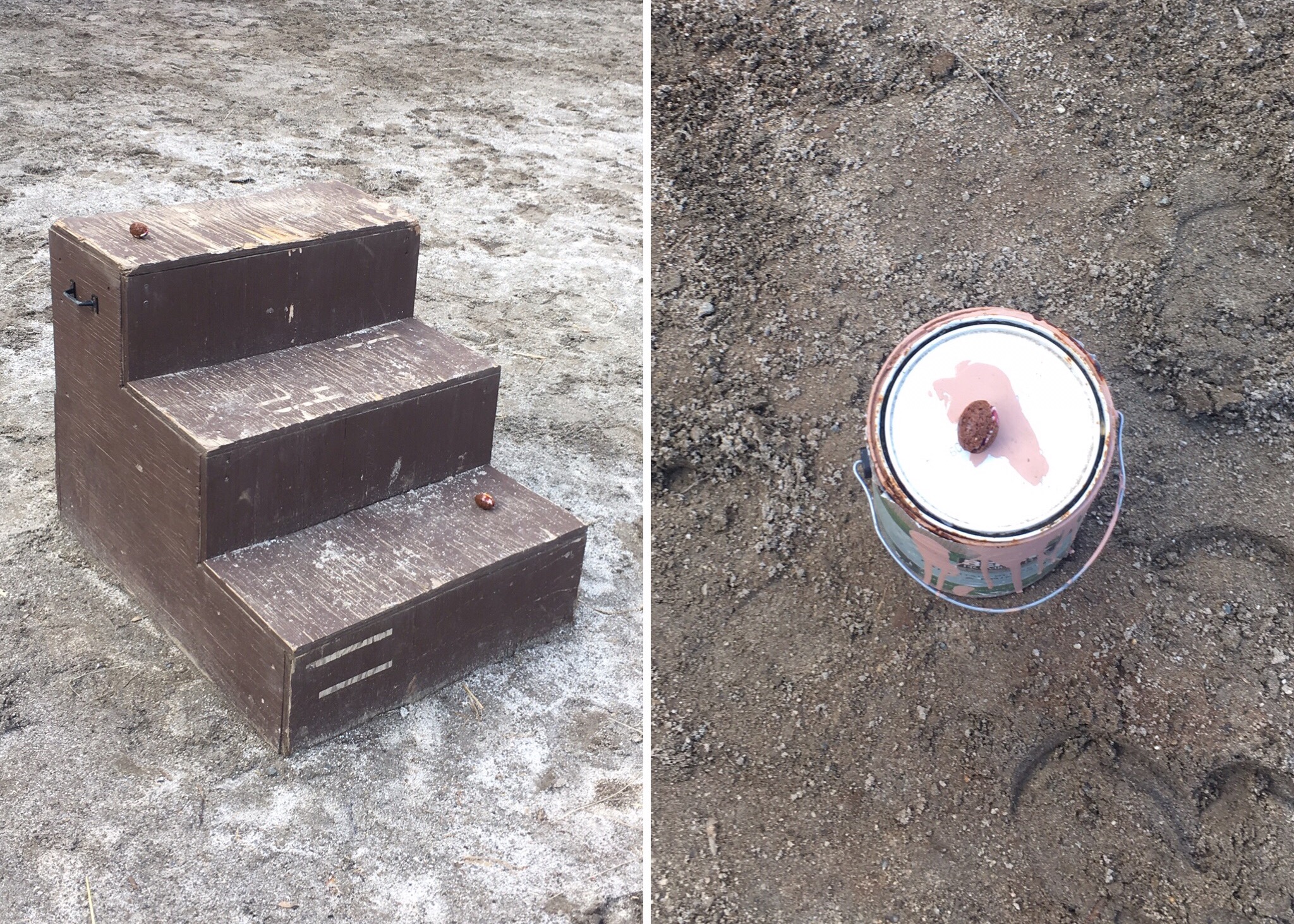 Then we got Nilla dressed up in her Sunday finest: 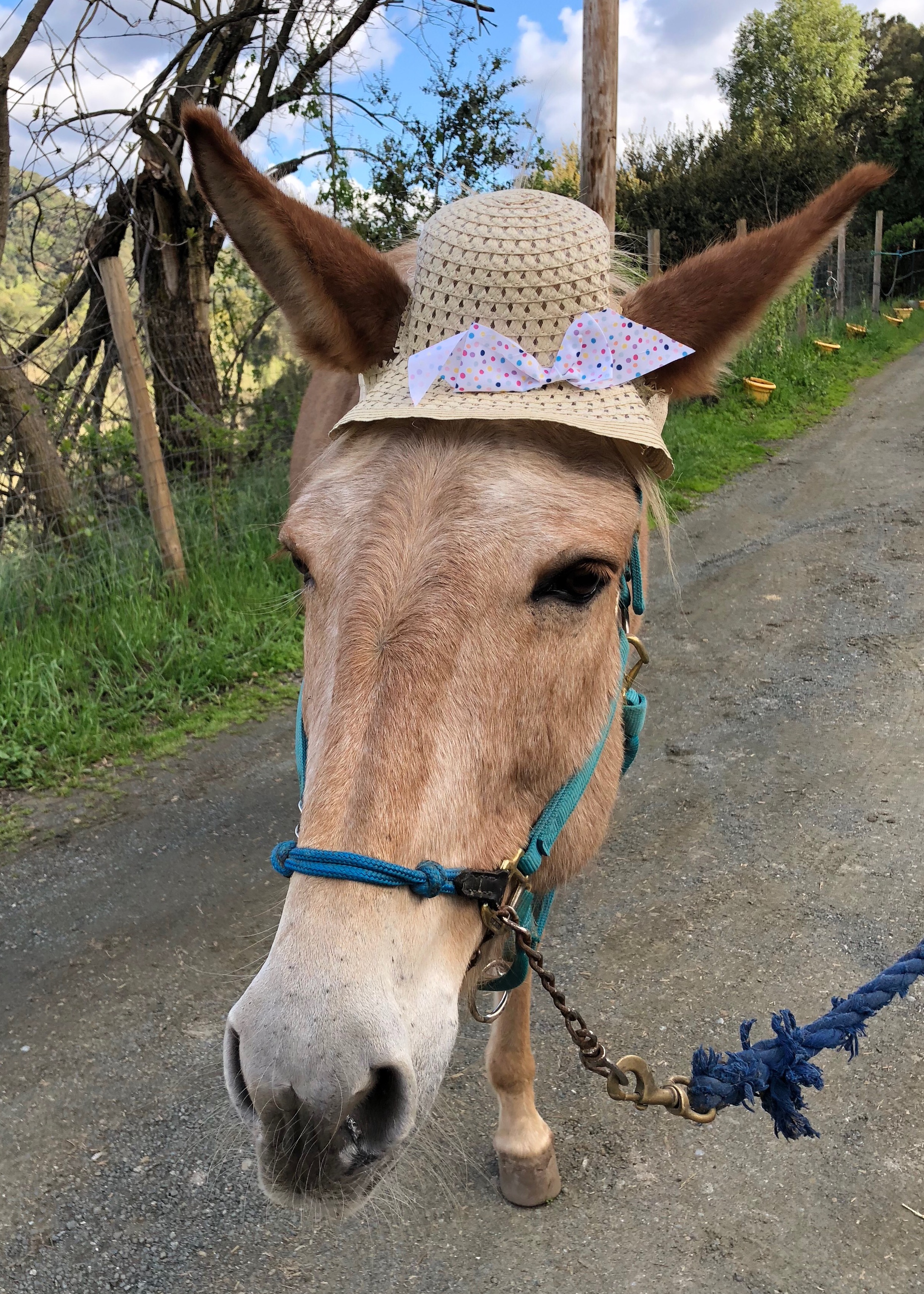 While I was getting ready, two different boarders asked me “why is Nilla wearing a hat?” Because she had to dress up for her easter egg hunt, obviously. I think they thought I was kidding, but nope:

Nilla grabbed that first treat as soon as we entered the arena. Then she tried to follow me around because I had the extra treats in my pocket, but as soon as she realized I wasn’t giving her any, she was off on a mission. 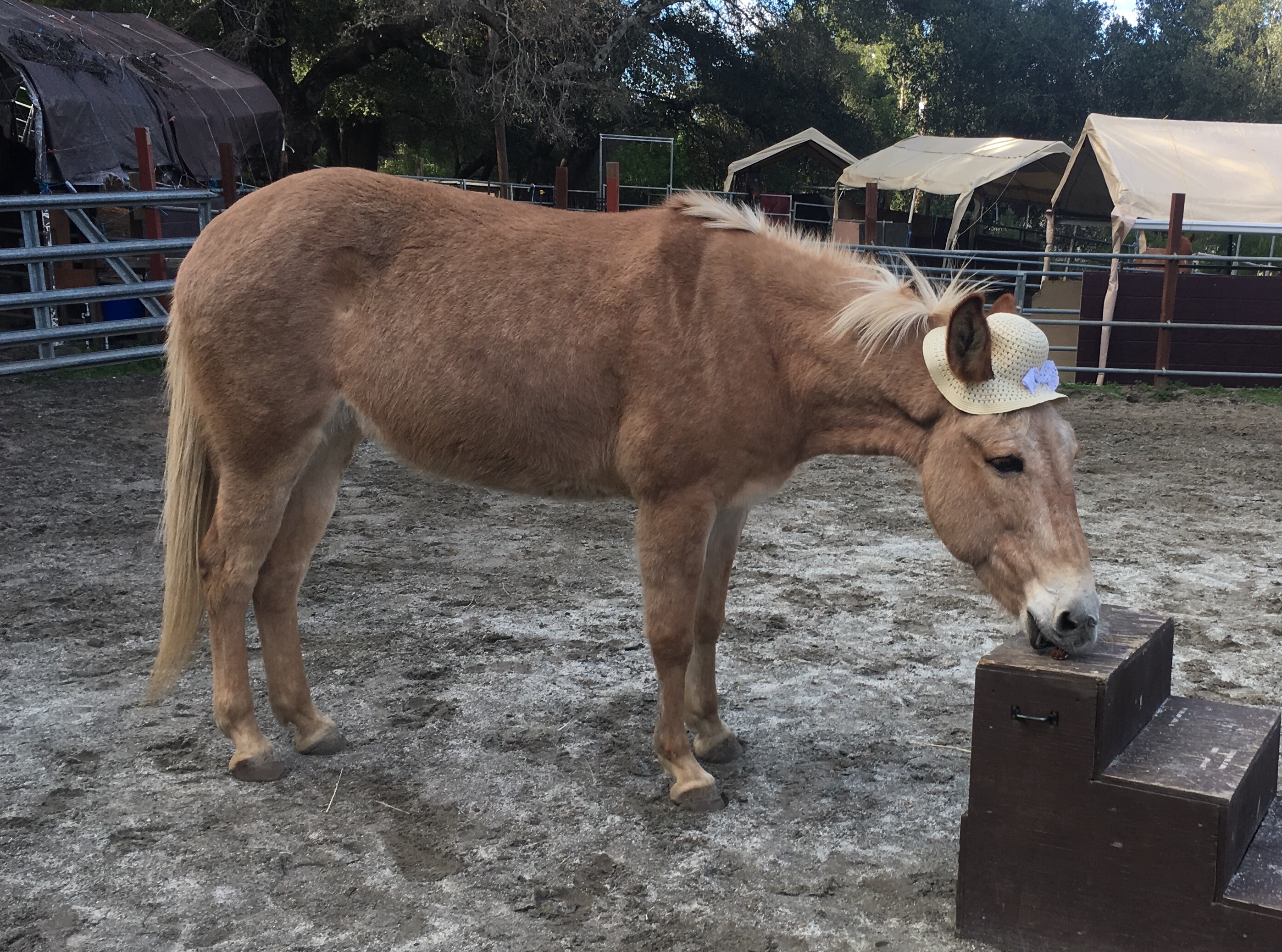 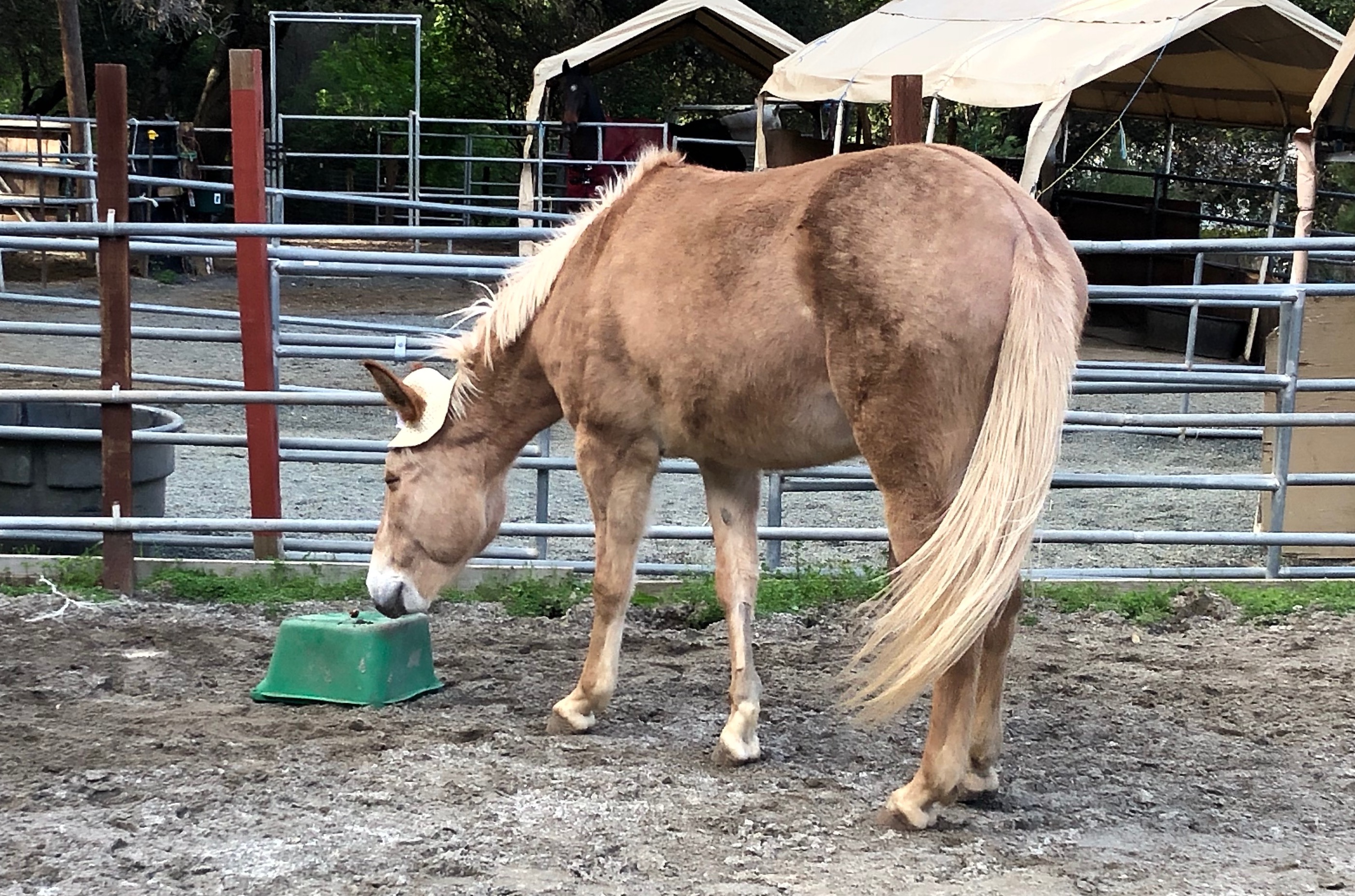 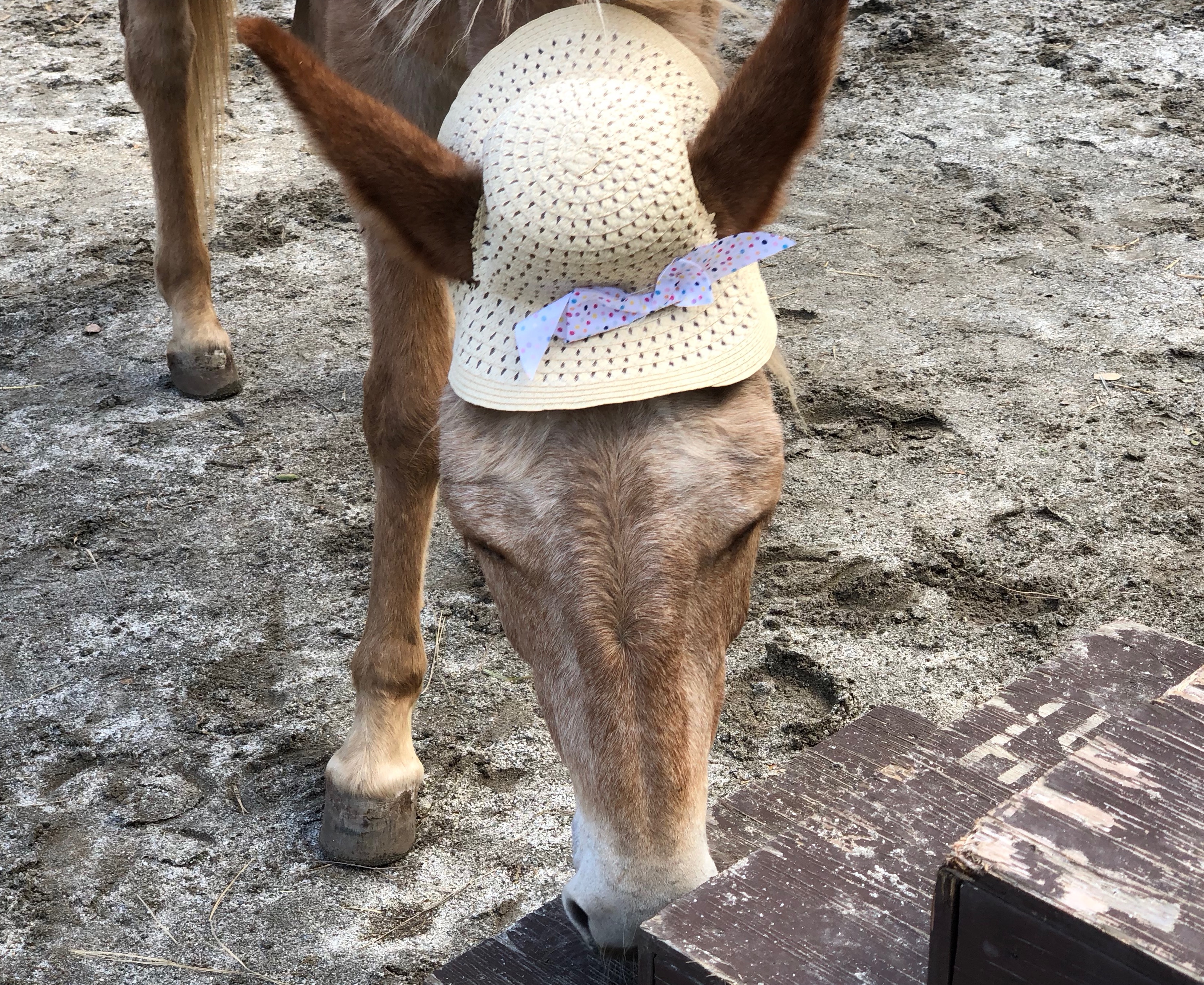 Since it was so easy for her, I tried hiding a treat on the mounting block, but under the bucket. She knew it was there, but didn’t know how to get to it. 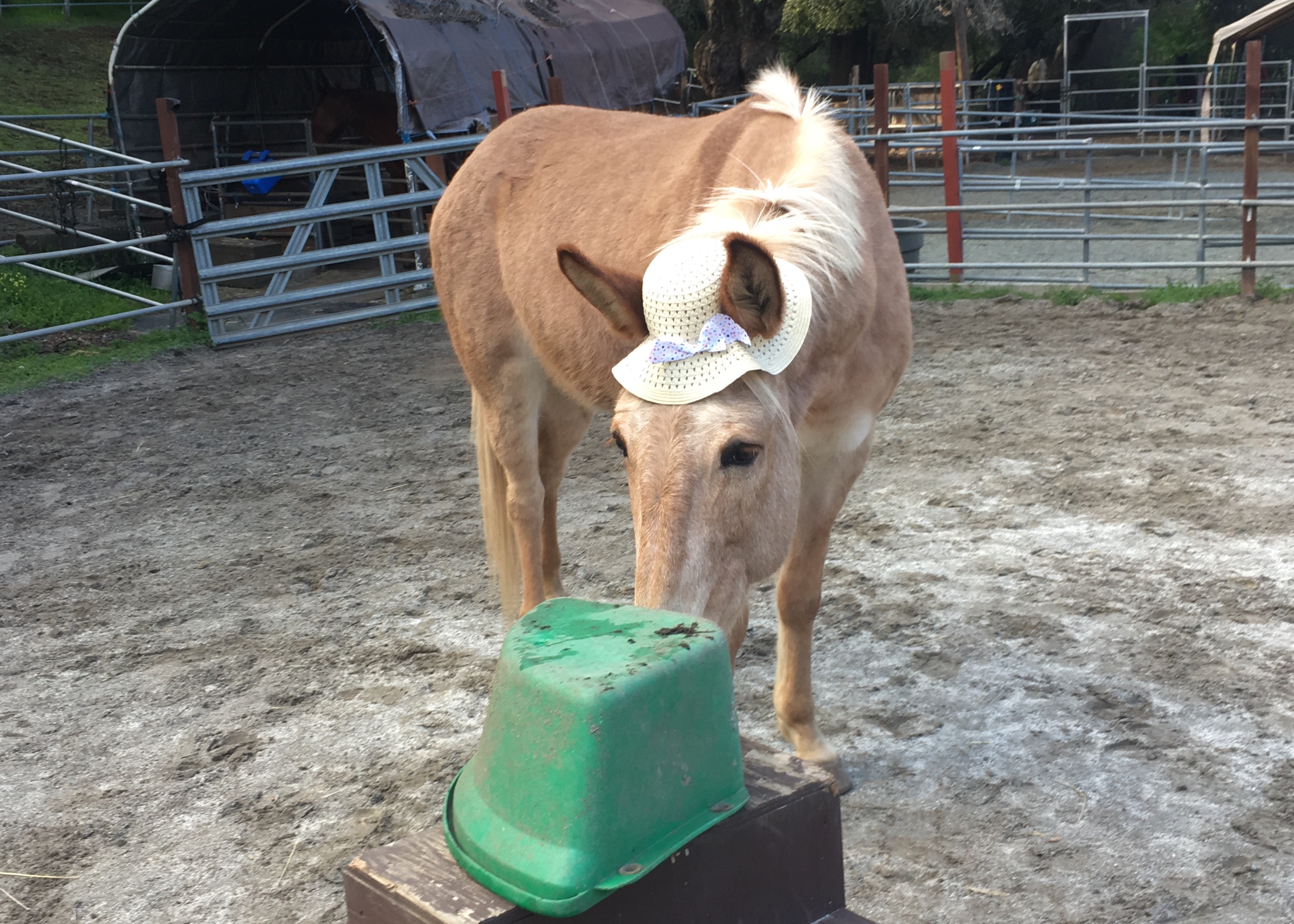 Then she gave up and wandered off to eat grass. I think this whole treat hunt thing might work better in the summer when there’s no alternative snacks, but whatever. We had so much fun! I was really impressed with how well the hat and bunny ears ending up working out. They stayed on, all the equines looked adorable and it was hilarious watching them try to find the treats (or not)

I had so much fun, I think everyone else should try it to. I’m even hosting a contest to get other equestrians to do their own horse treat egg hunt. Stay tuned for contest directions tomorrow!