On Sunday we ventured out to another D’Alanzo schooling show. Except it turns out these aren’t actually schooling shows. I learned this the hard way when I was told my Micklem was illegal and I couldn’t compete anymore. They turn in the points for CHSA and Paint programs so they do actually have rules regarding tack. I was allowed to continue entering classes for schooling, but wasn’t judged. Oh well, we’re just there for schooling. In fact, Levi is just there for exposure. Eugene is actually the one who needs show practice because he gets stiff and tense at shows and we want to take him to as many as possible so that he calms down about it. 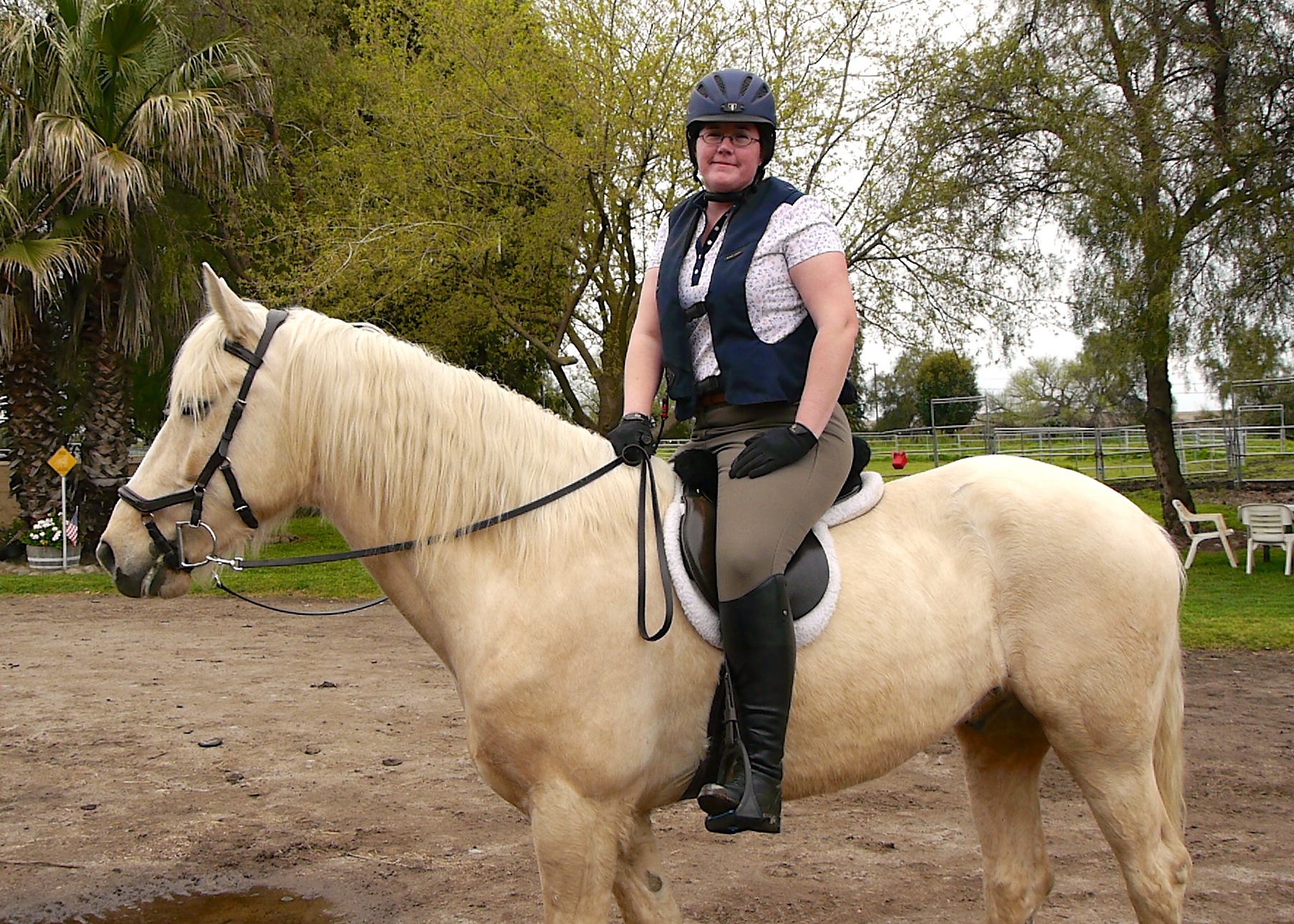 We got there just as they were starting the w/t classes so I entered the 18+/AA W/T Hunter Under Saddle. However, the day was very overcast and threatening rain so it was a bit under-represented and they were flying through the classes. I ended up sending my husband to switch me to a later class so I could finish changing. I switched to 18+/AA W/T Pleasure. I was the only one entered in that class, but they ran it with the 17 and under Pleasure, which was great because I really wanted Levi to get some practice with other horses being in the ring with him. 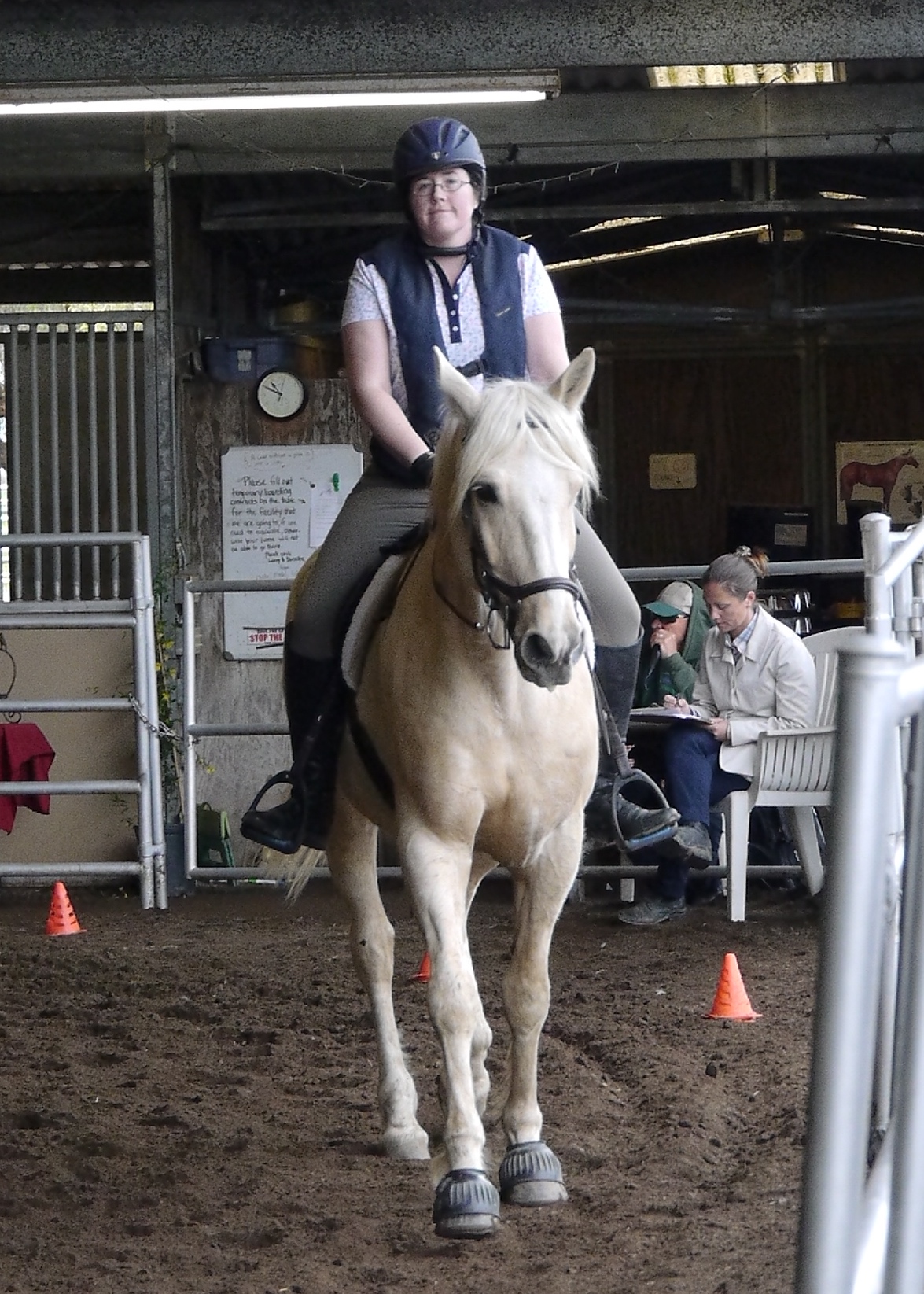 Levi was actually very chill about the other horses, but he was concerned about the things outside the arena, especially the horses in the stalls along the sides. Since we were the only ones in our class, we got first place. Our next class was W/T Hunter over poles. Levi was once again much more concerned about everything else than the actual poles and just marched right around the ring. Last time we were here he slammed on the break to stare at the poles so this was a great improvement. 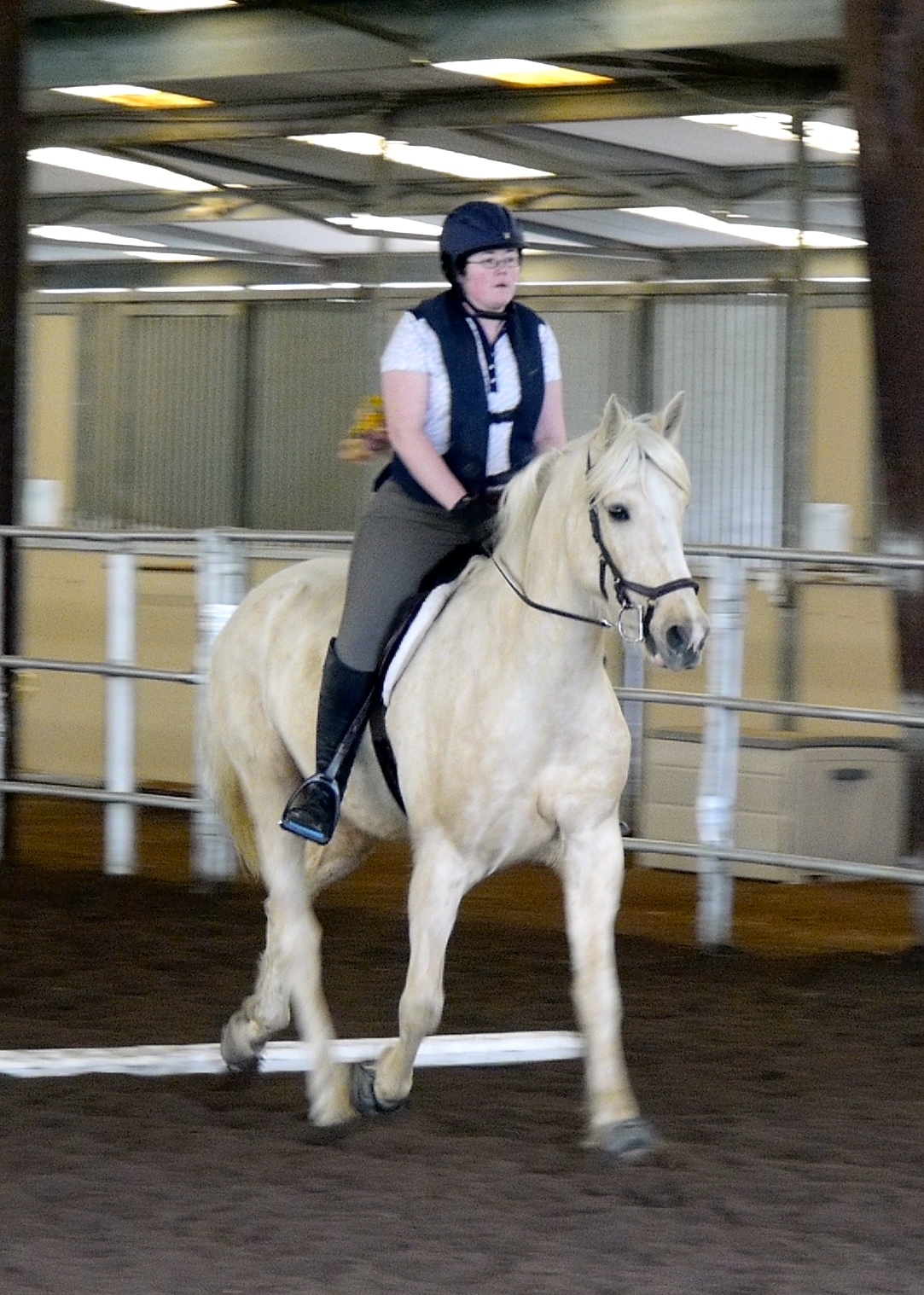 Look at his expression. Just look at it!

There was a break between the trot and canter classes and an opportunity to school in the arena, which was great. In addition to the extra time in the scary arena, I really wanted Levi to get experience working around other horses especially since he likes to lose his mind when he sees them on the trail. He was very good though and paying attention to me up until my husband showed up. Levi actually didn’t notice at first, but after a few laps he spotted Euegene and was like, “omg, I know him.” It was actually kinda cute. I could tell he was just like a little kid excited to see his friend, craning his neck around to watch him. He did settle back into work and we then went into our next class: W/T/C over poles.

Last time we did this class Levi trotted most of the course and was very spooky about the jumps This time he just went in and did it. Cantered the whole thing (except for the lead change since he doesn’t know how to do that.) I was very impressed with him. Obviously the judge was too as we got first place. No, I’m kidding. We got first because we were the only ones entered. 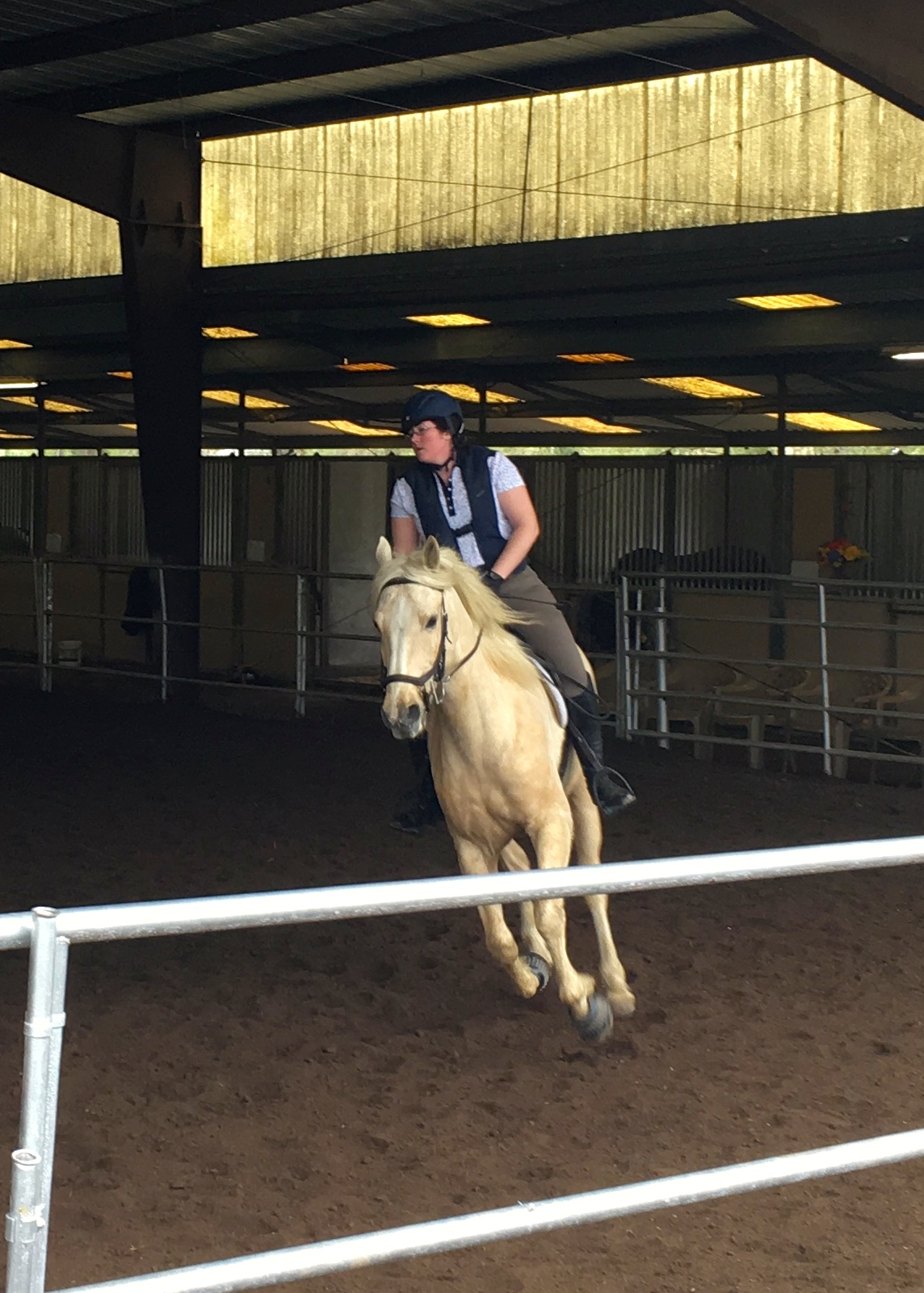 But I was still impressed with him so I decided to enter him in two jumping classes. We did the Hunter Hack – crossrails and Beginning Hunters – crossrails. At this point we weren’t allowed to be judged anymore because the judge had noticed my bridle. But it was still really good experience for Levi. We were allowed to warm up in the jumping arena and Levi has never jumped flowers before. He had to slam to a stop and examine them before stepping literally on every pole as he hulk smashed his way across. But we did a bunch of practice jumps until it was time for the class. The Hunter Hack class had 4 other people including my husband because they combined the 12″ and 18″ Hunter Hack. Levi was very good about paying attention to me not the other horses. He’s still a nut about new horses on the trail, but it seems they don’t bother him at shows, which is good to know. 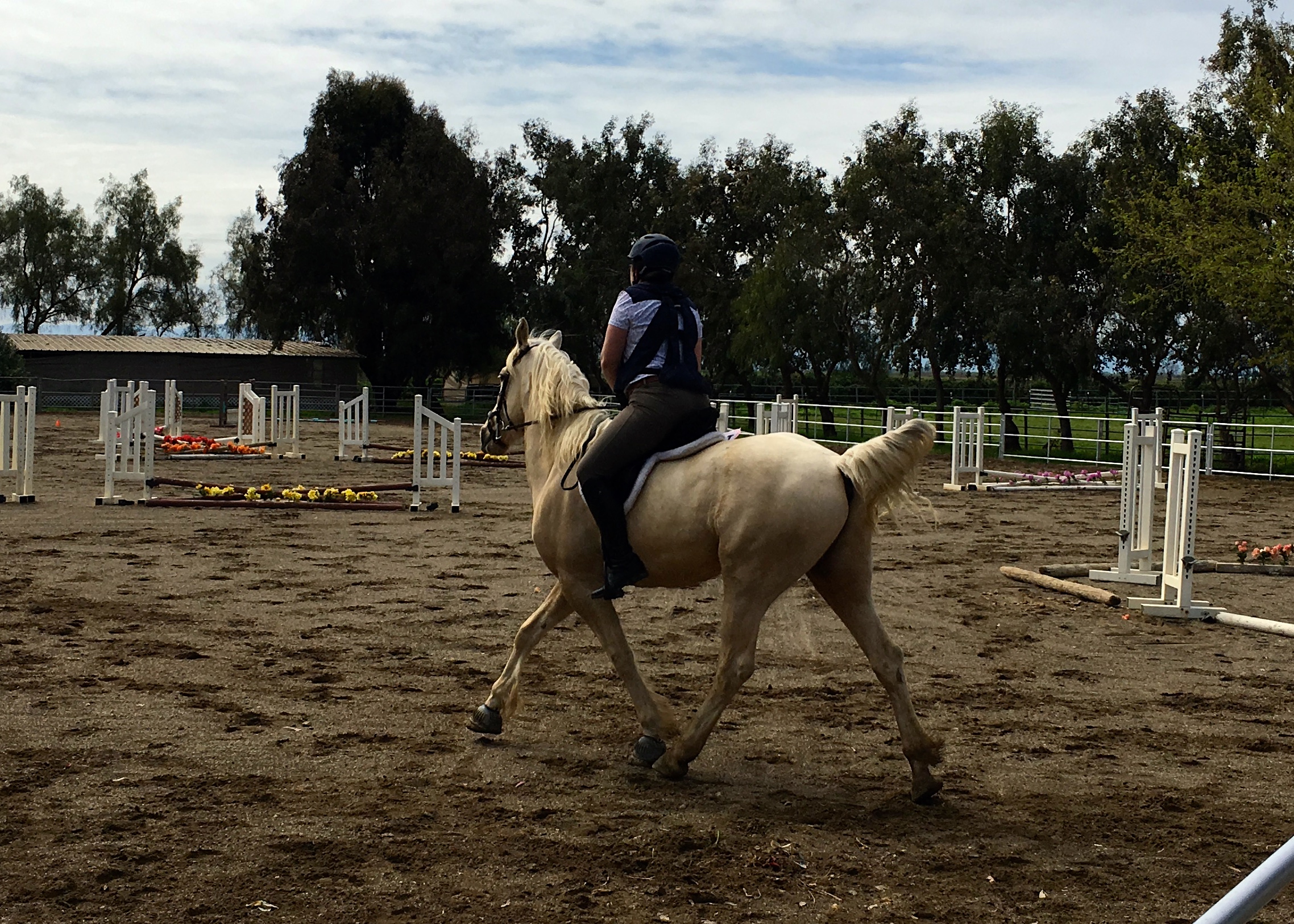 By the time we got to our crossrails class, he was being very good and I even got him to canter some of the jumps which is something I think I’ve gotten him to do like 2 times ever before at home. Such a good pony. 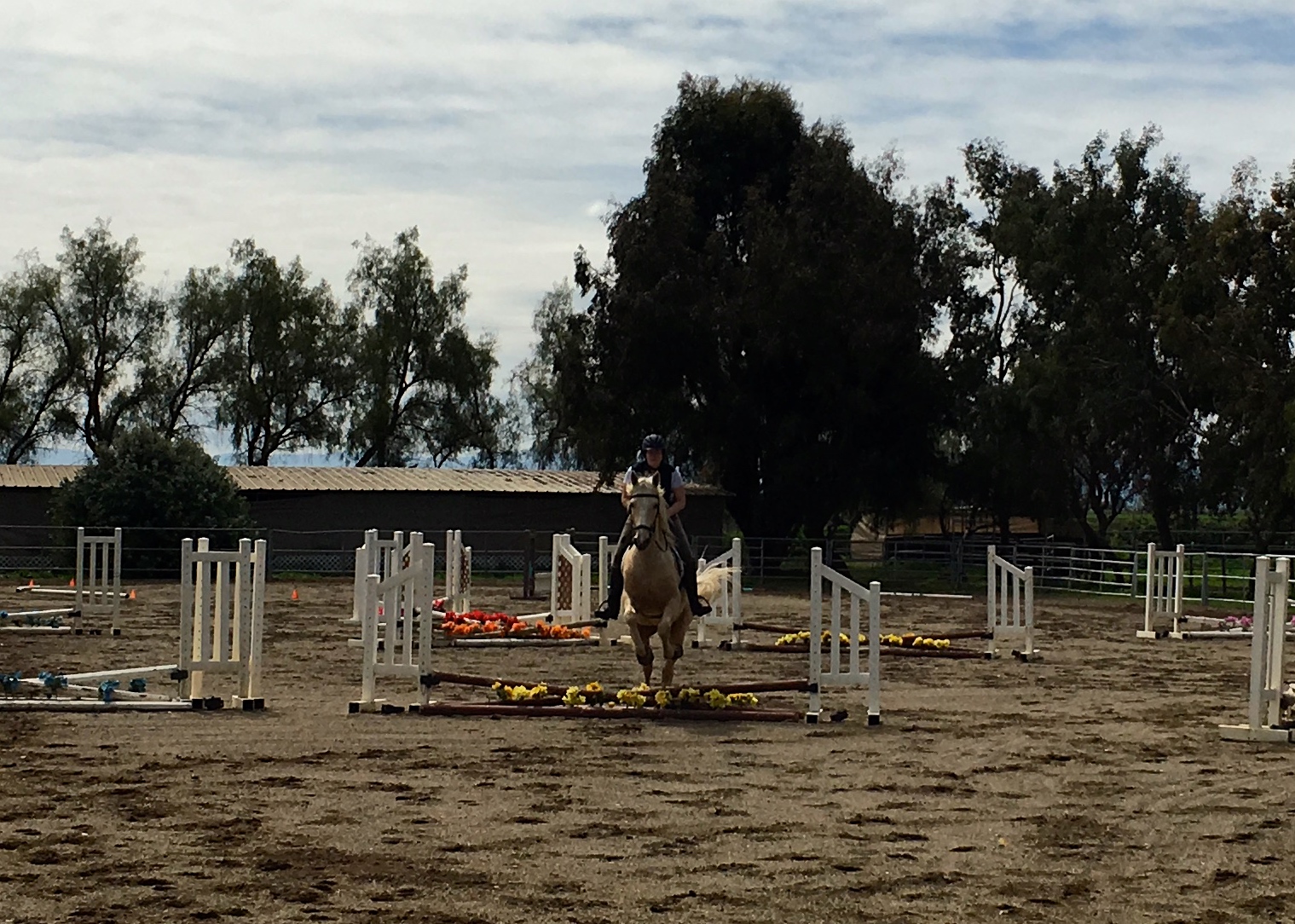 29 thoughts on “First Show of the Season”