My husband actually had some competition in Division 4 with another eventer who trains with Kate. My husband helped raise the jumps after my class and tried to convince the volunteer to raise the jumps to the actually height. He didn’t get them all the way up to 3′, but he did get them raised more than they were going to be.

The bonus of having actual competition was he could memorize one course at a time. They started with Hunter Warm Up and Eugene did really well. 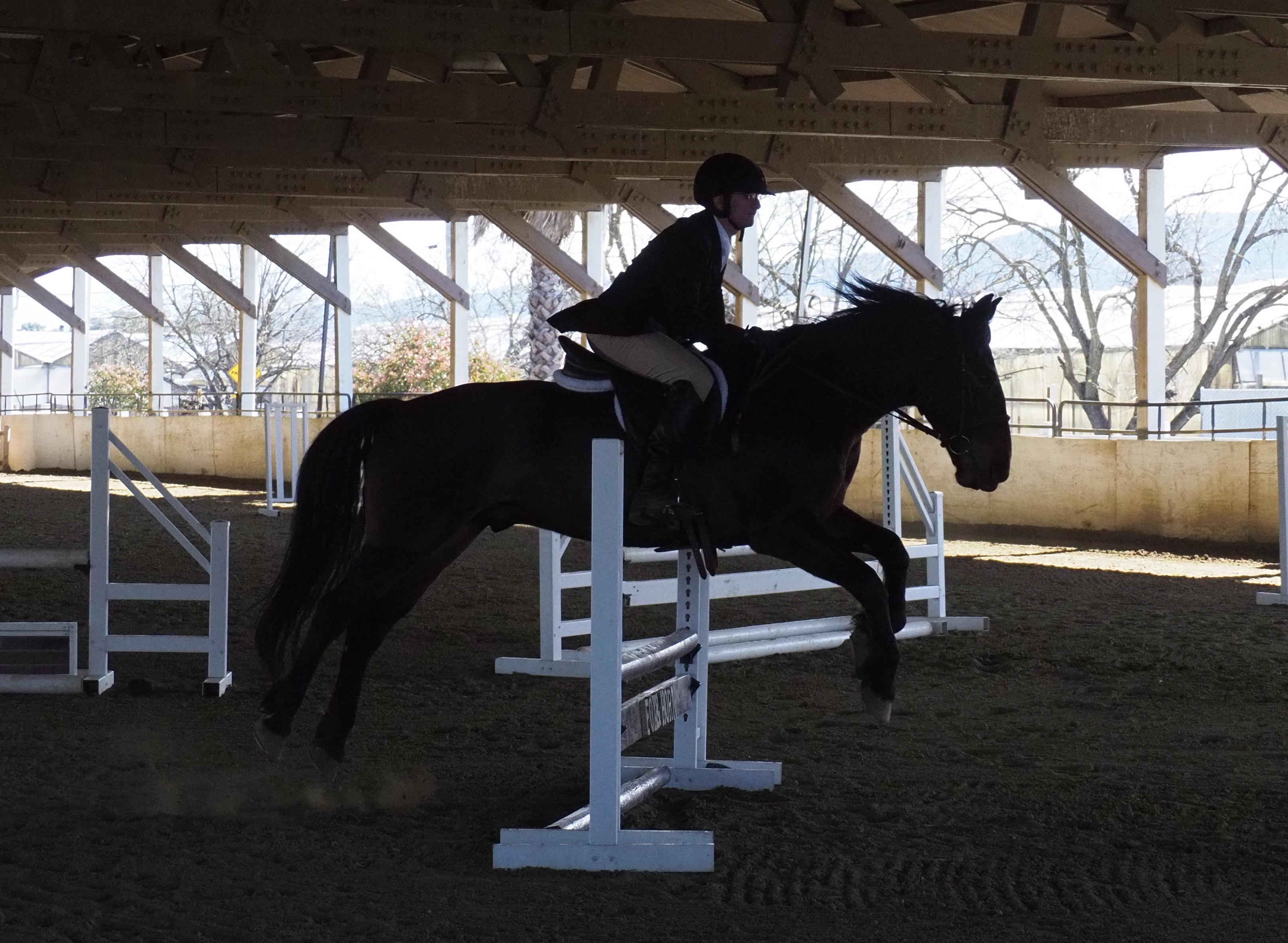 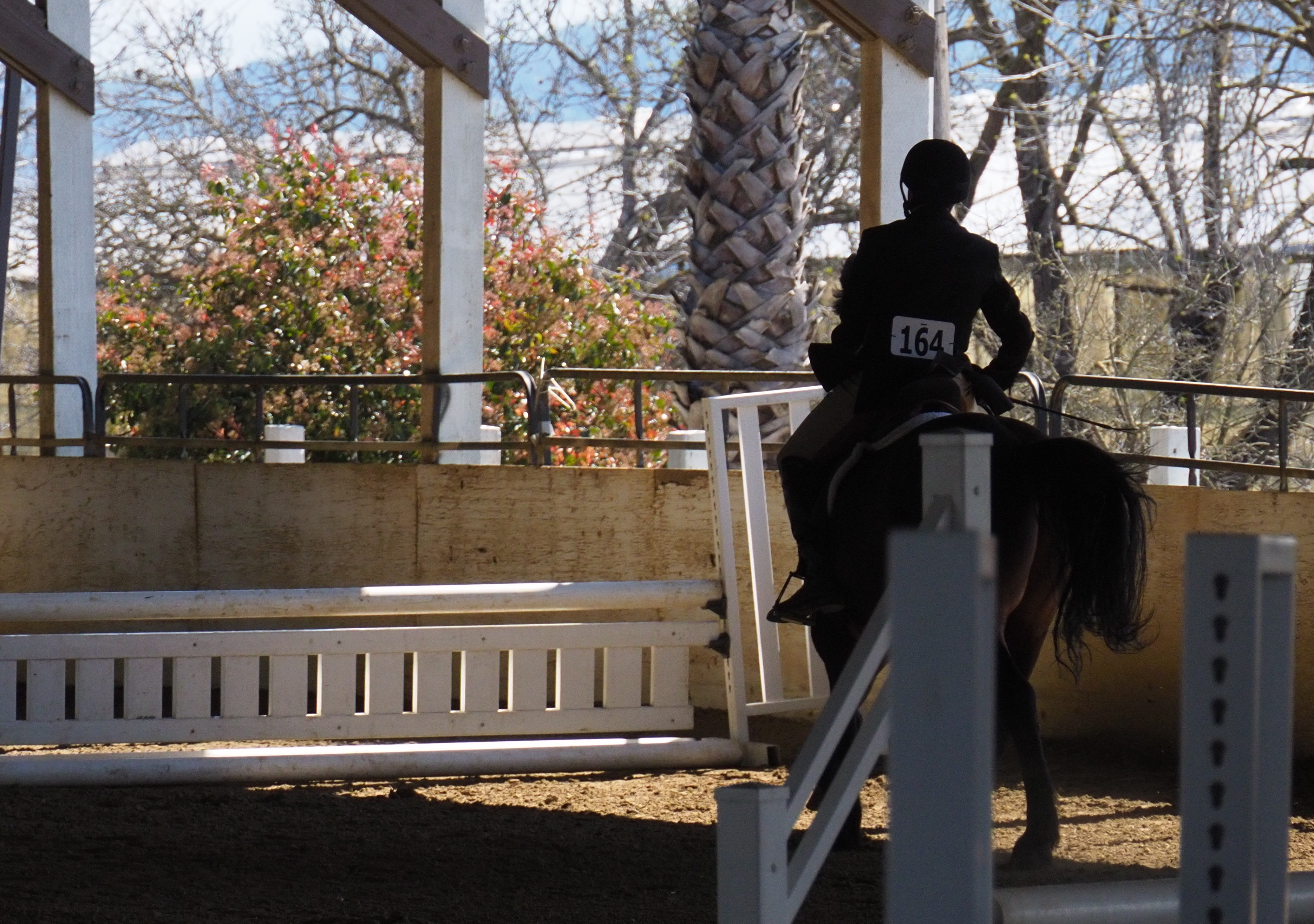 but he straightened out and locked on to the jump at the last moment. 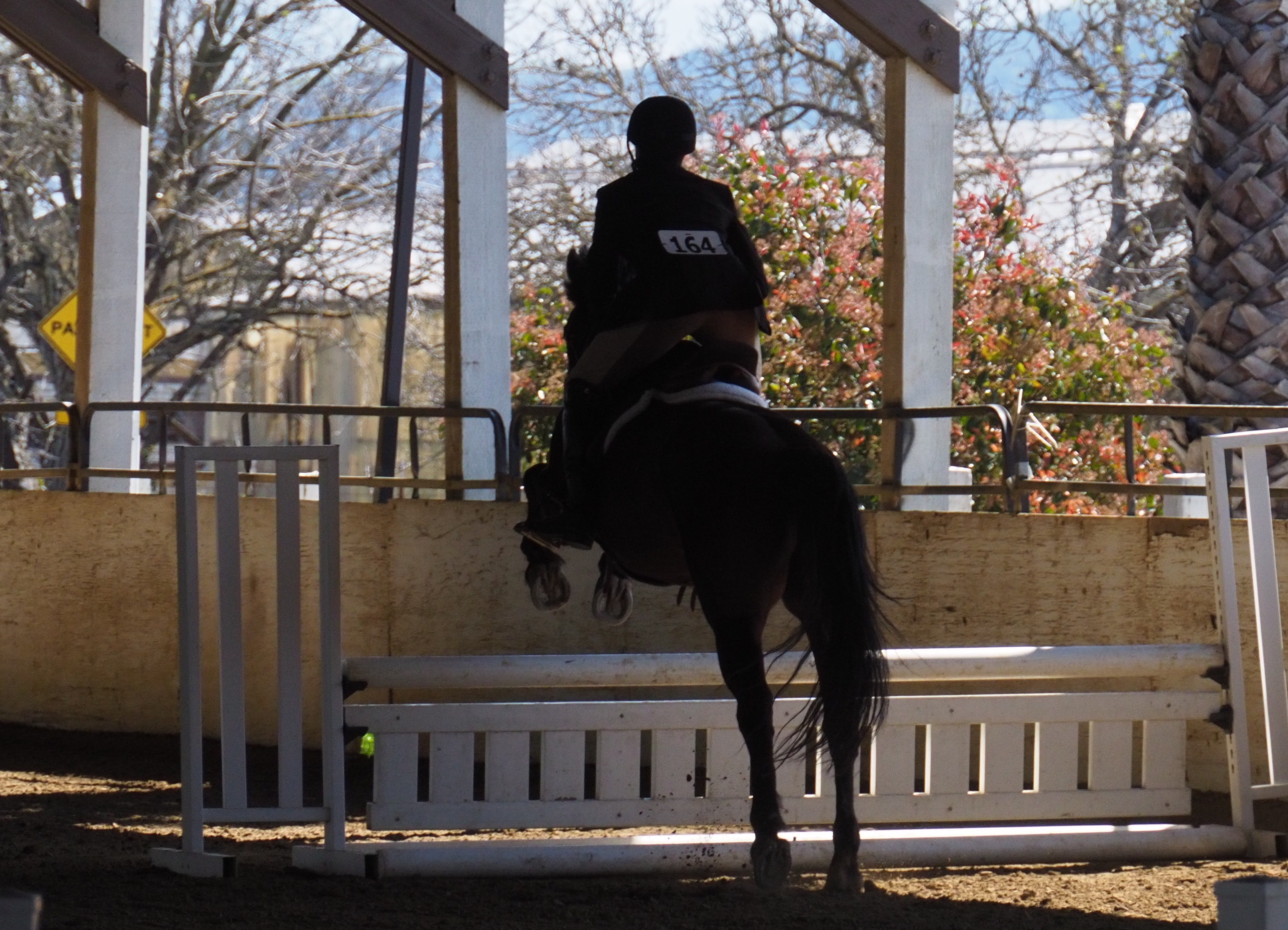 Next up was their Hunter round. By now Eugene was chill about the line of light. 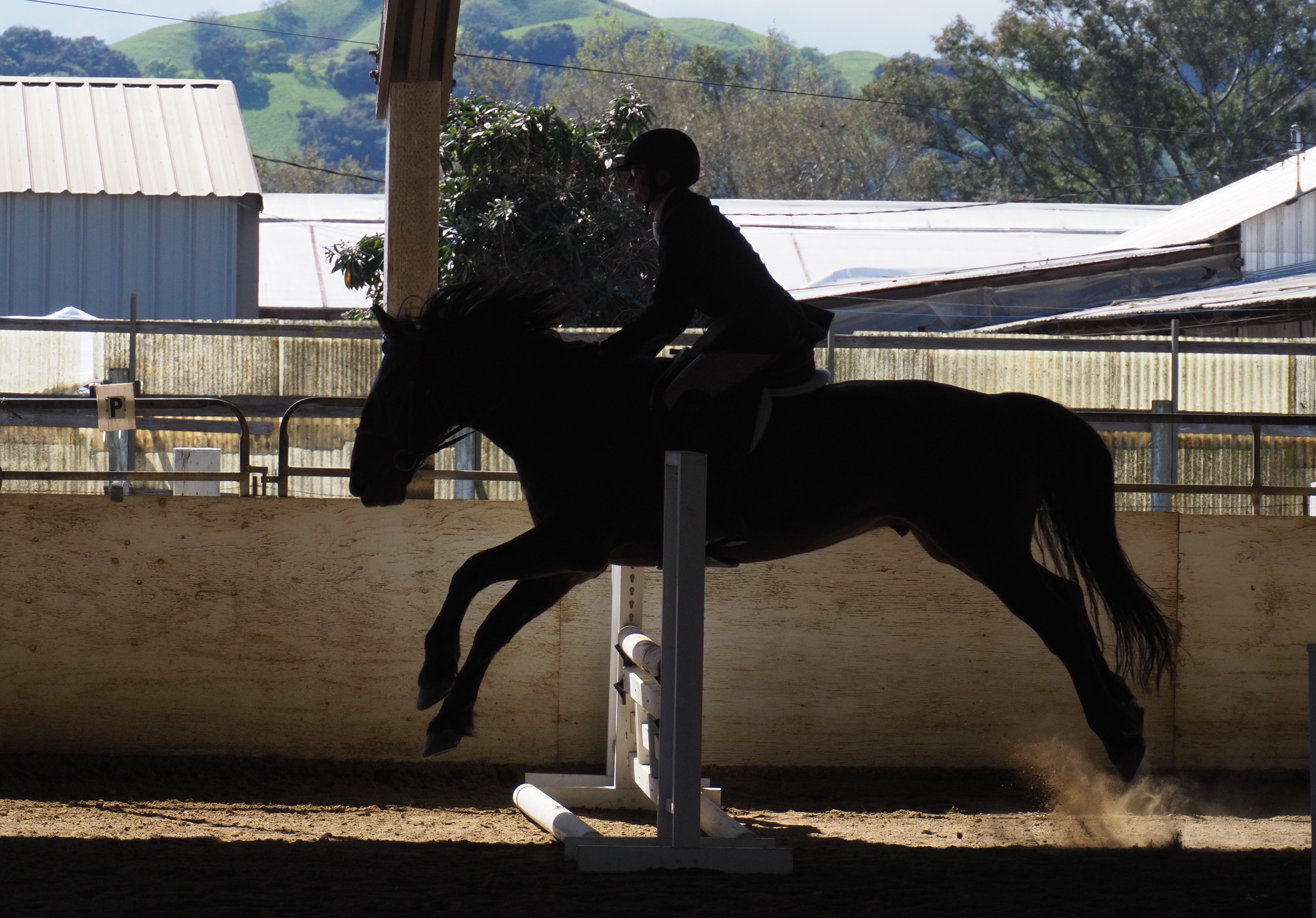 Despite Eugene’s casual approach, all the poles stayed up and they ended up getting 1st for that class. 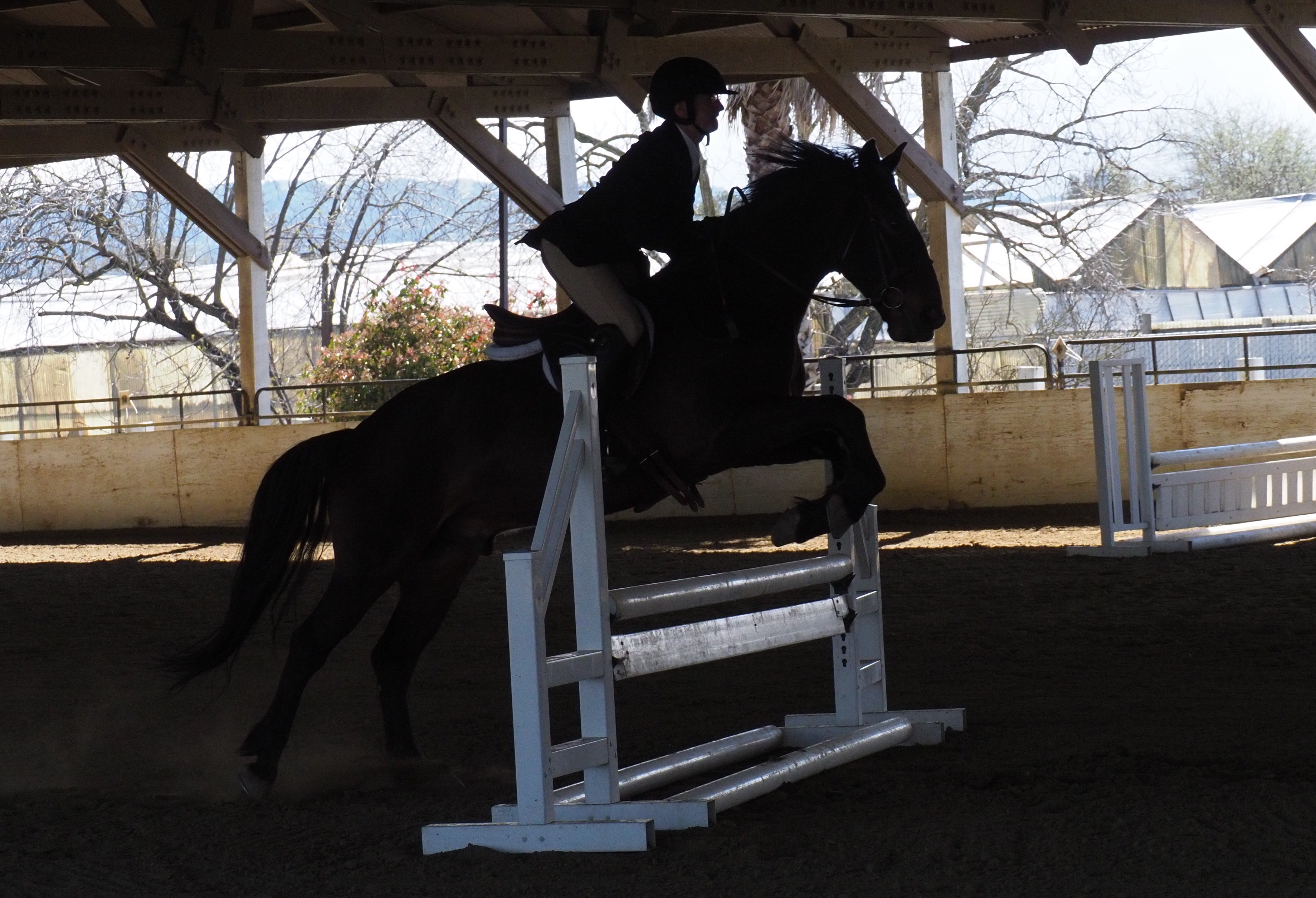 Next up was the Eq round. In between each round the girl and my husband were conferring and confirming the courses with each other. It was nice that they knew each other and were both there to school and have fun. There was no stressing out or being competitive. 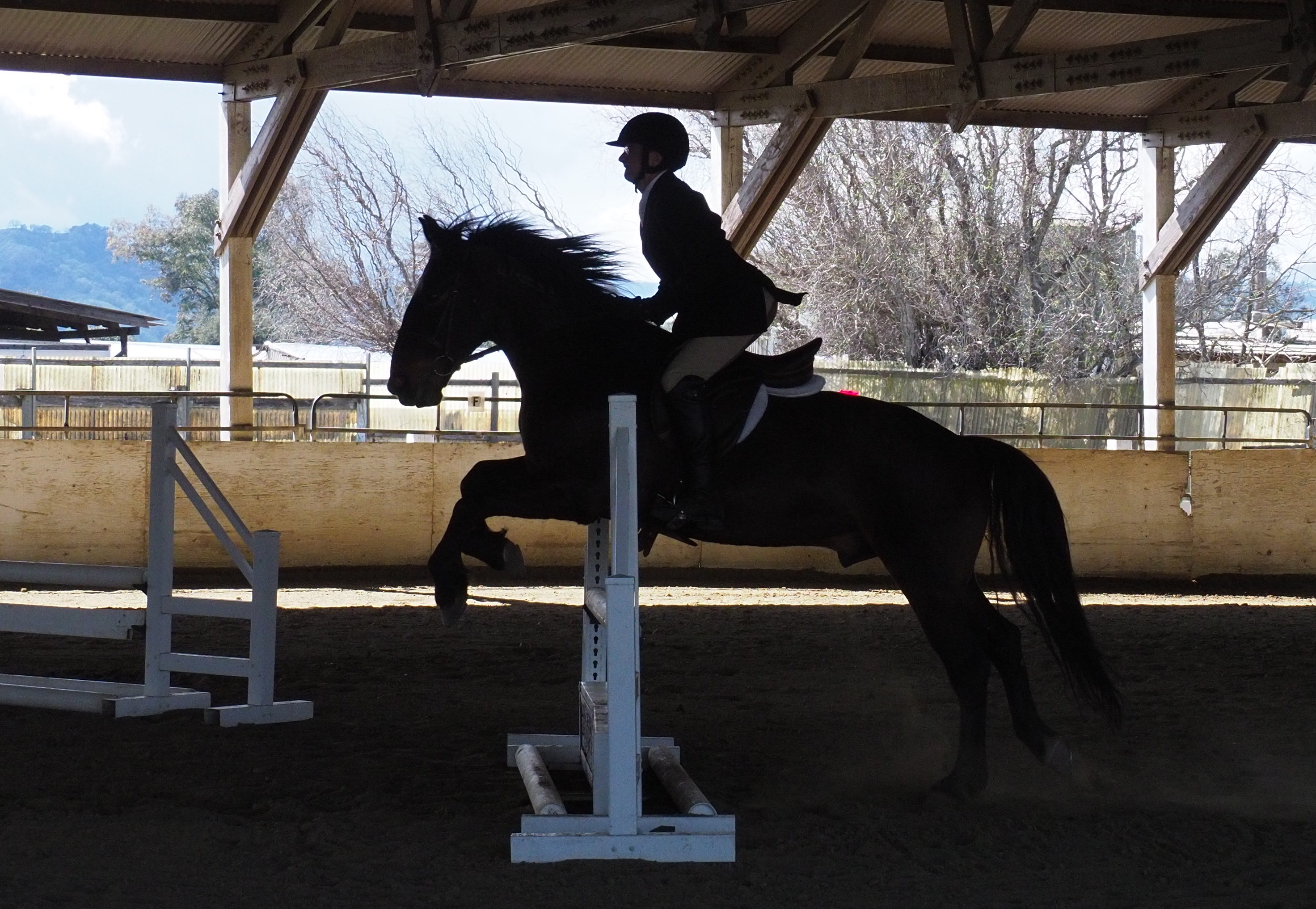 Eugene remained calm and maybe a little too relaxed, but kept all the rails up. They got second for their Eq round though. The girl they were competing against is a really excellent rider and looked lovely in her round so it wasn’t a bit surprise. 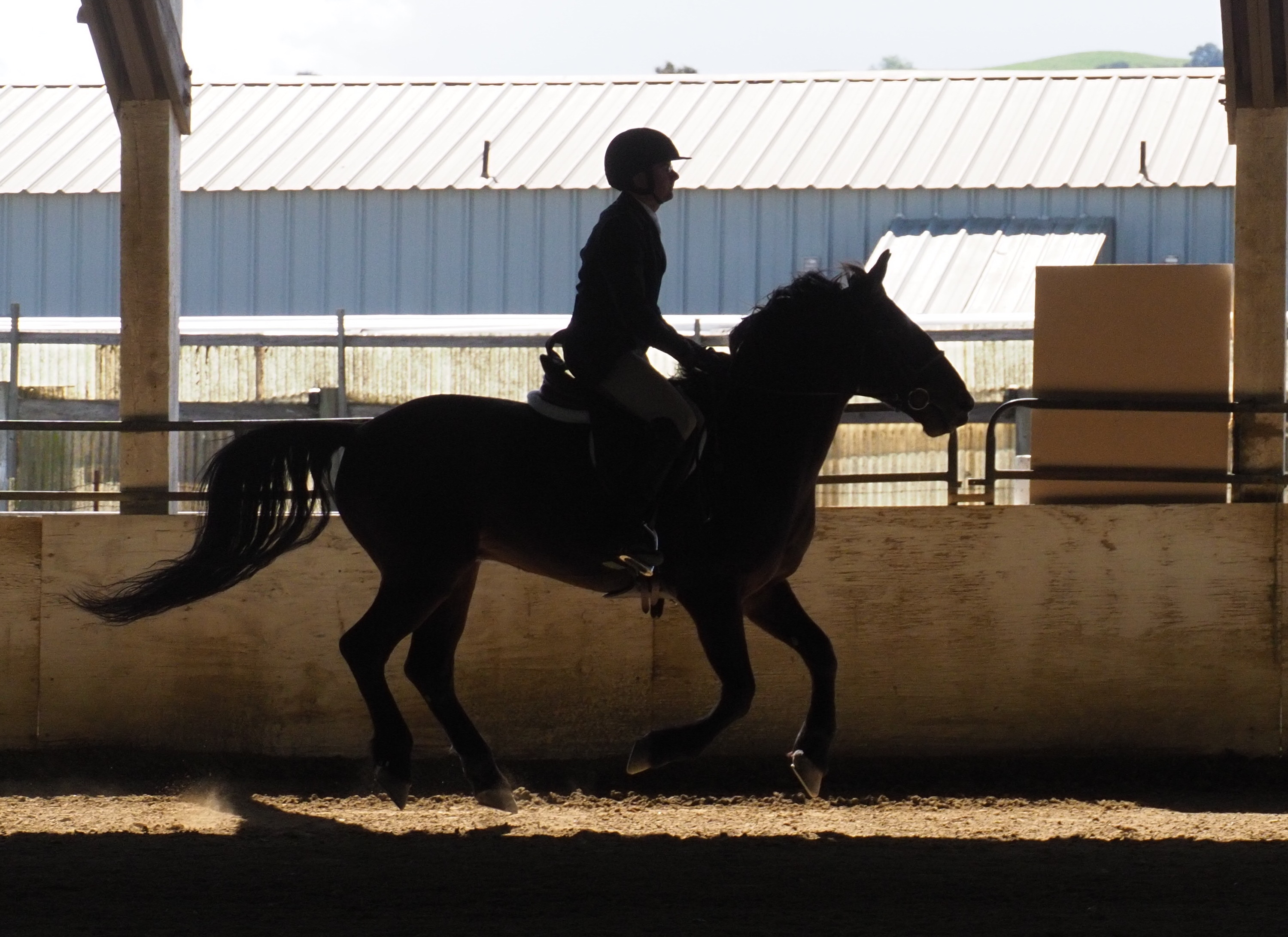 The last round was jumpers. The light was really difficult for pictures, so I tried switching to video, but I am a terrible videographer so that was rather a bust.

They went in there and flew around that course. There was a jump off so I was nervous the whole time thinking just slow down and go clear so you can do the jump off, but they stayed clear even with the speed and tight turns. I did like the way the course used these three jumps set in a triangle from each other to make the rider circular twice.

Jump off was immediately after the main course so they went right back to it. I hadn’t memorized the jump off course so I was chasing them a bit with the camera and my already terrible videography got worse, but they rocked it.

They were fast and clear for another 1st place. The girl competing against them had done the flat classes so she got Champion for the division, but they did collect Reserve Champion and an armful of prizes including candy! 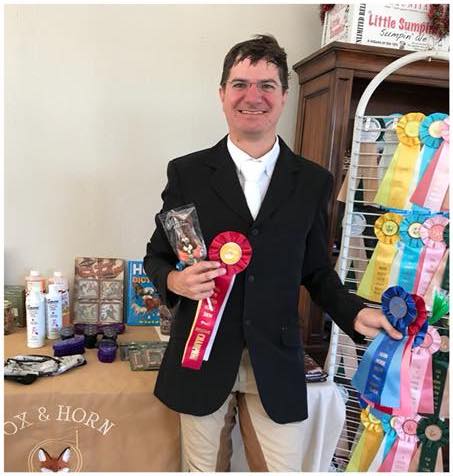