My husband’s dressage test was up first. We left Levi in his stall and he proceeded to try to kill himself kicking the walls, banging at the door, and spinning while screaming. Since he’d figured out how to open his door, I had tied it shut with bailing twine and then he managed to get his foot stuck on his bucket while kicking it and the door had to get cut open. After that I had to remove everything from his stall before leaving him. Fun times.

Anyway, off in dressage land, my husband warmed up well and went in for his test. I thought it was a pretty good test for them. Eugene was fairly relaxed and steady. The judge didn’t hate them, but she thought they needed to be more on the bit. Which is true, but gets a bit boring as a comment. 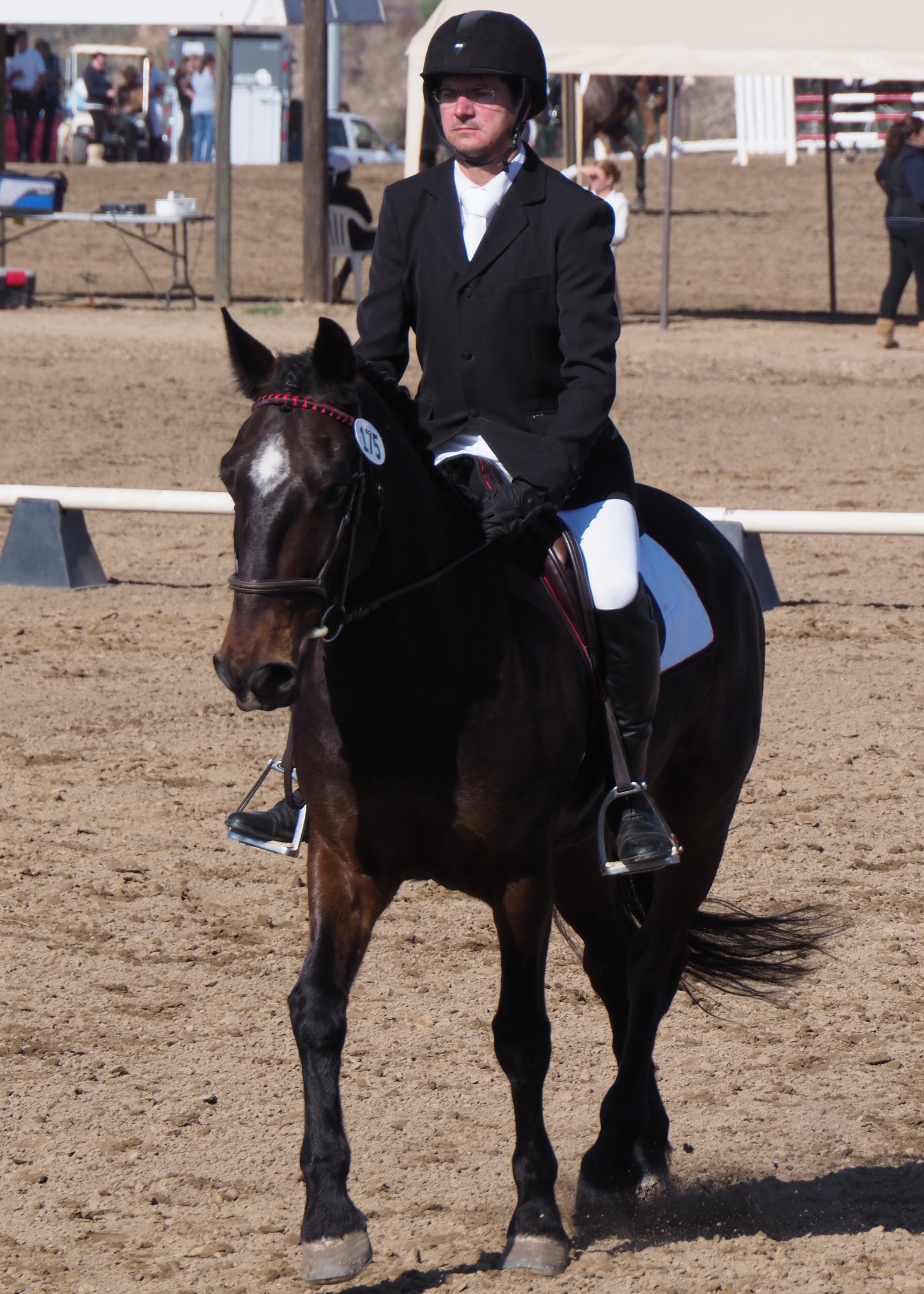 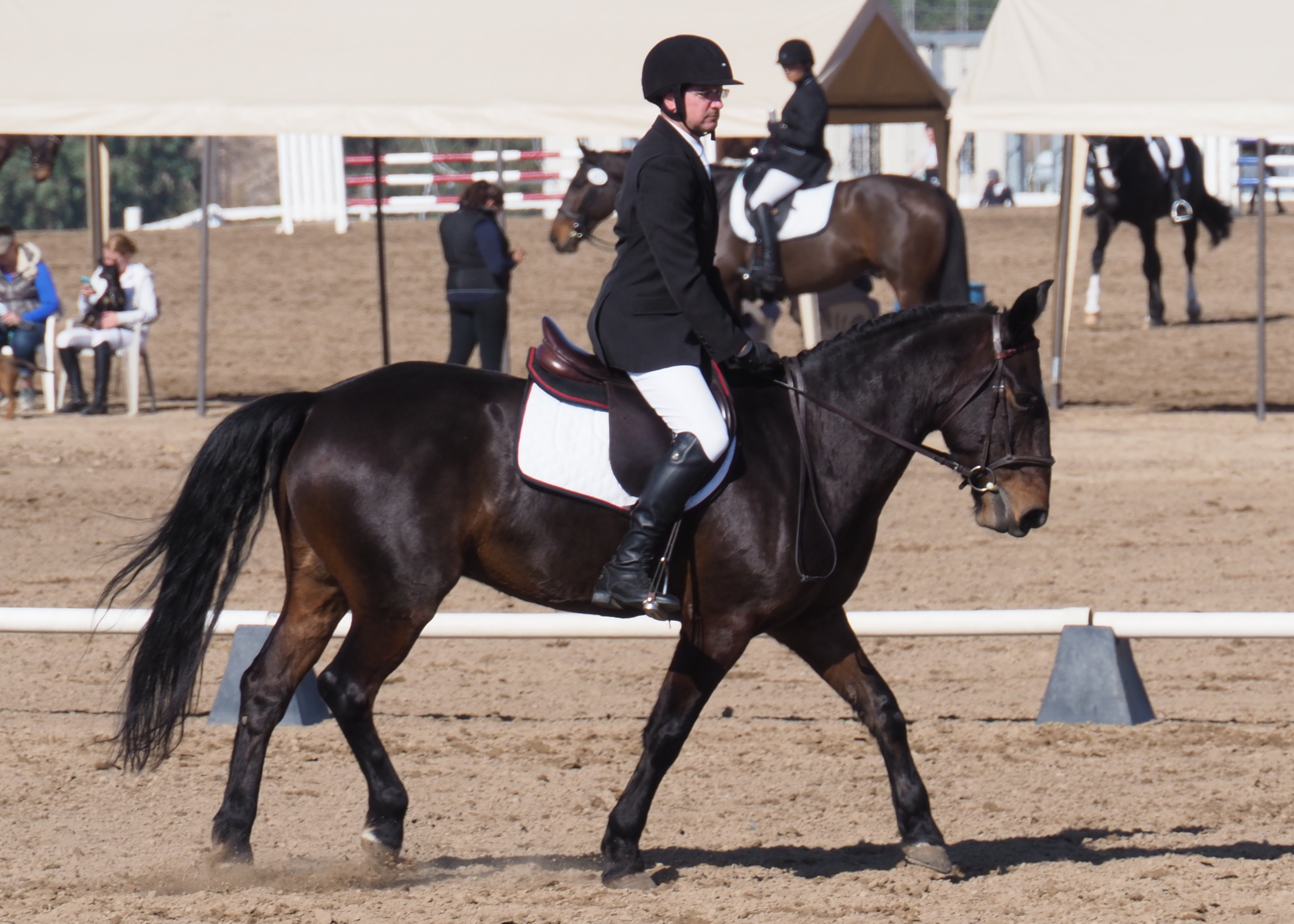 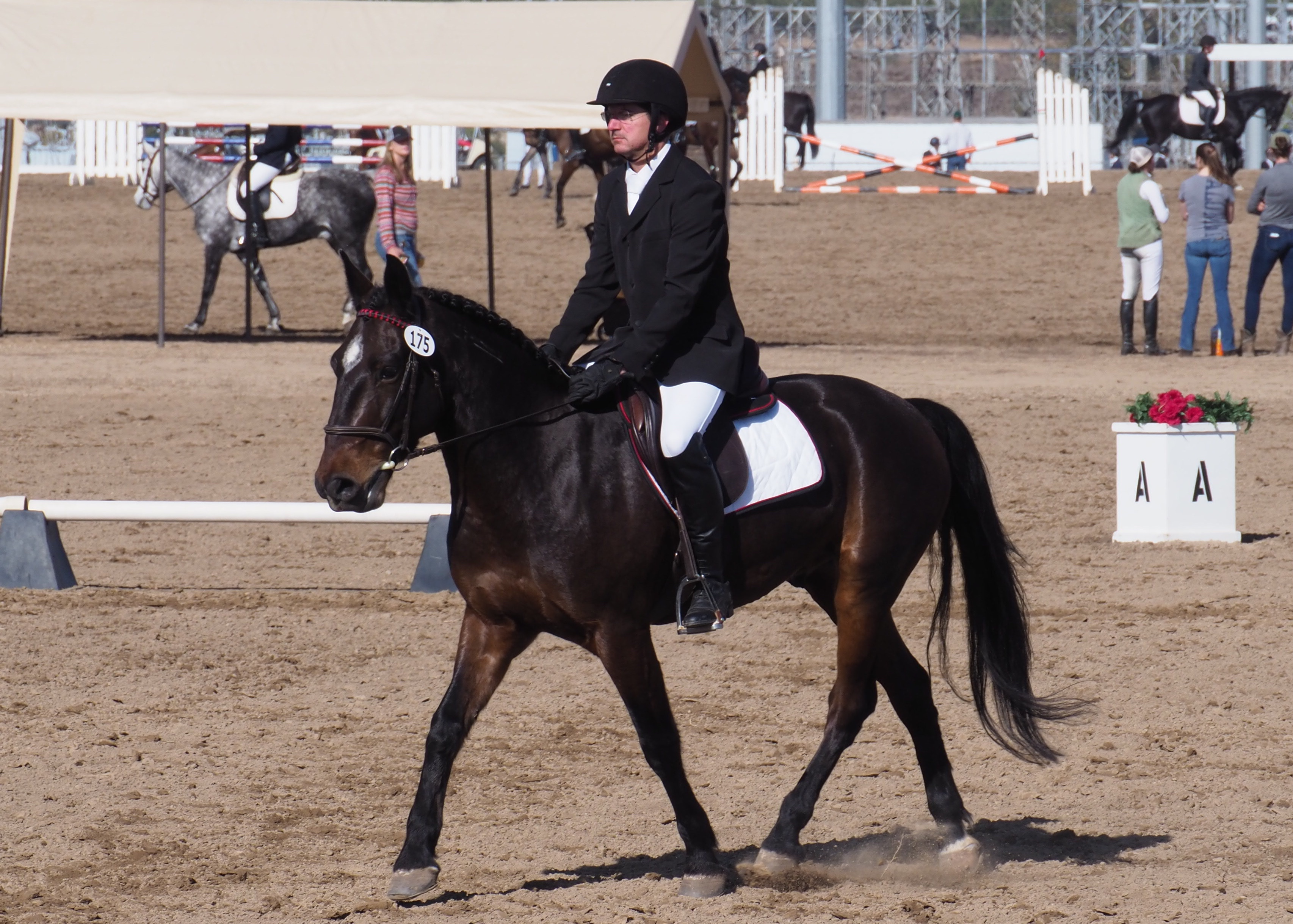 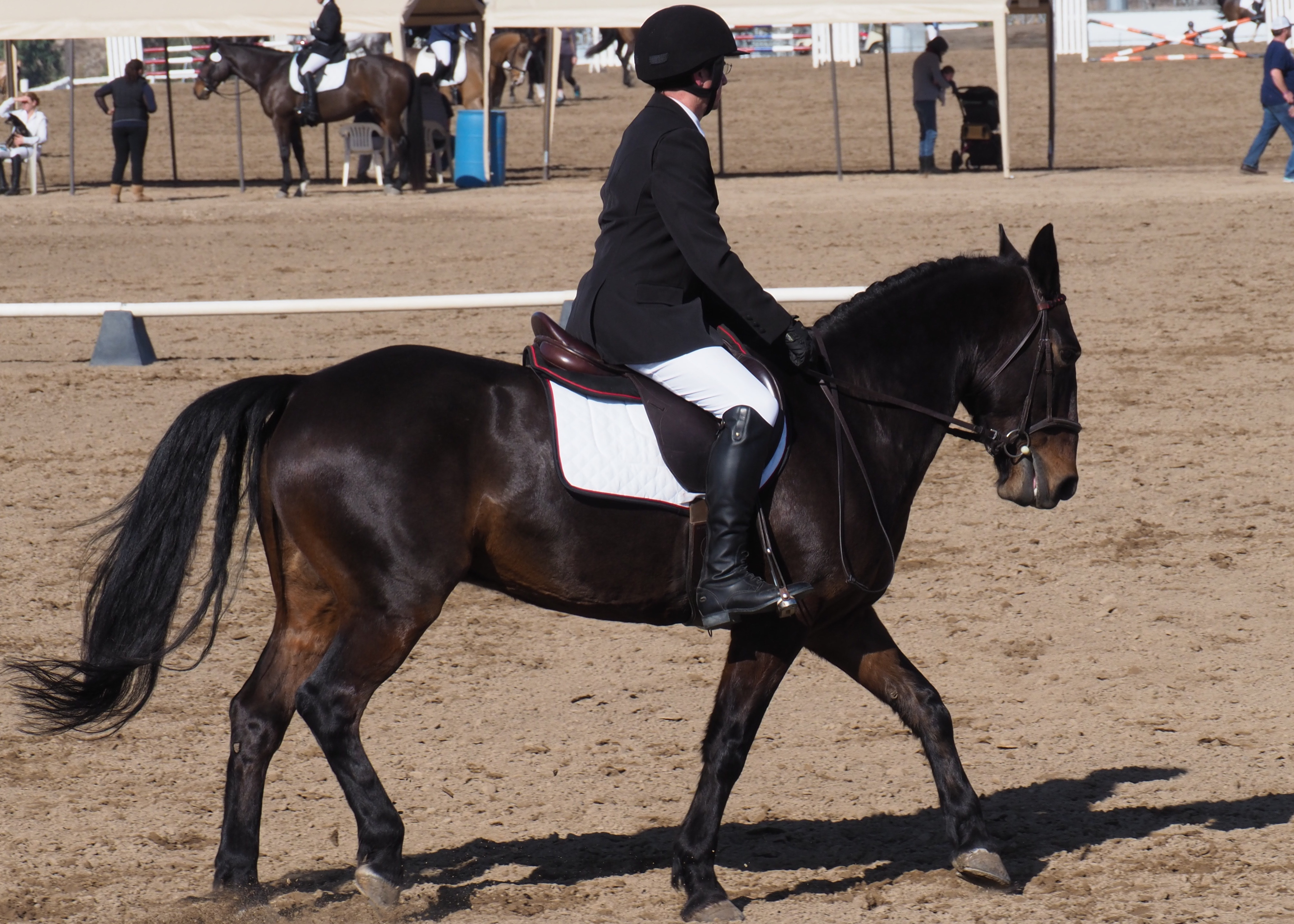 5. Between K and A Working canter left lead
Judge’s Comments: “Above bit”
Score: 5.0 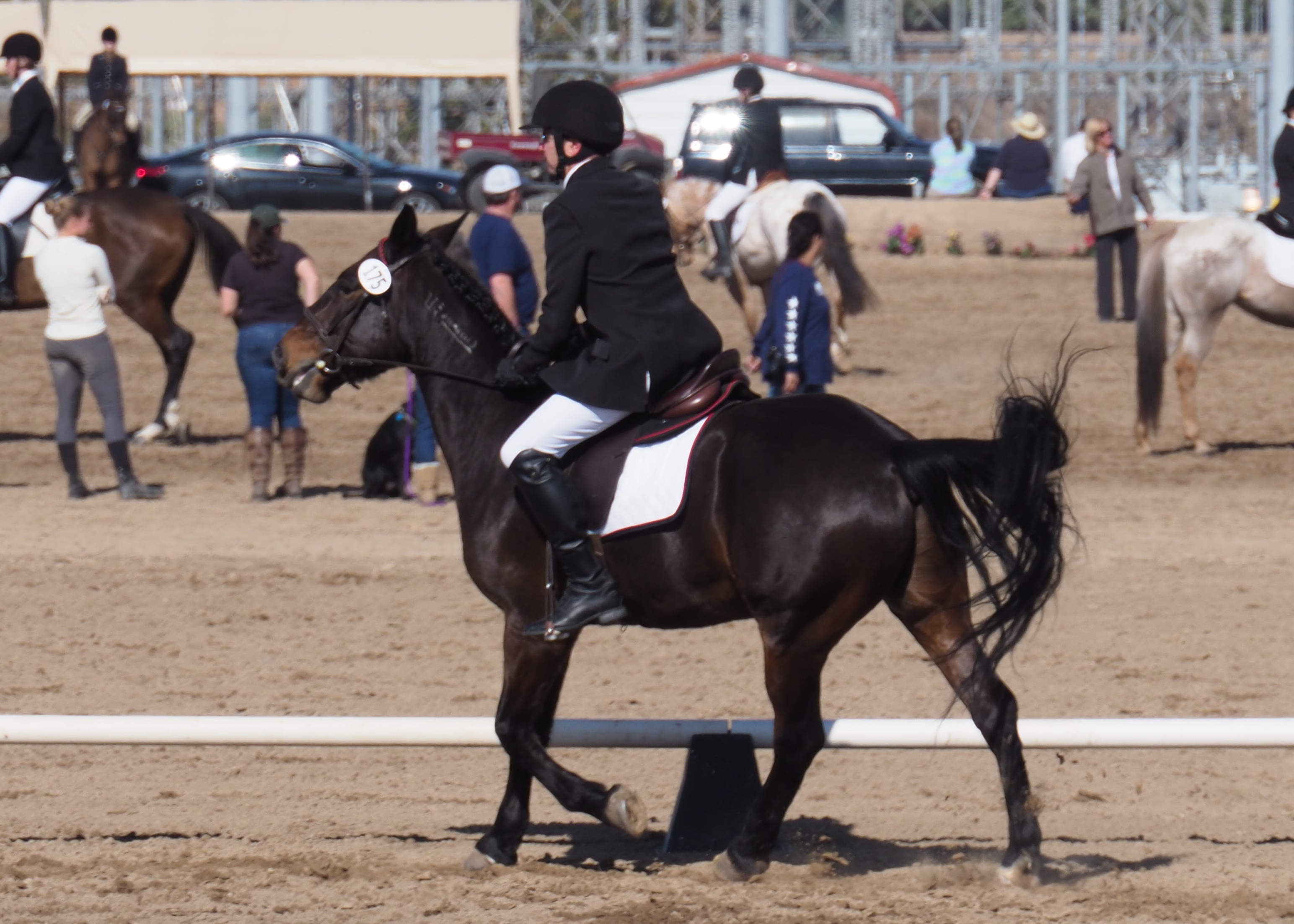 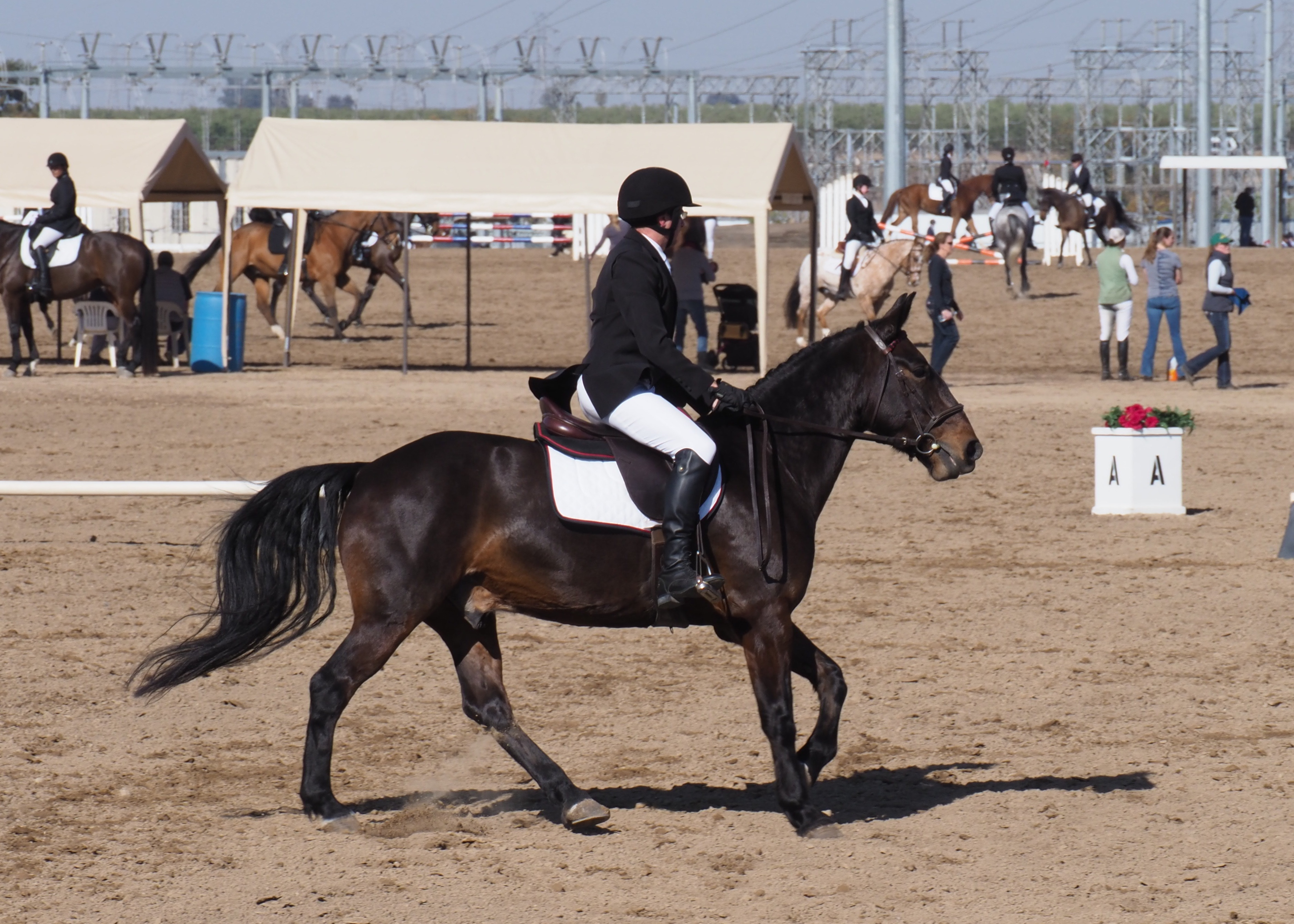 7. Between B and M Working trot
Judge’s Comments: “Little braced. Not straight.”
Score: 5.0 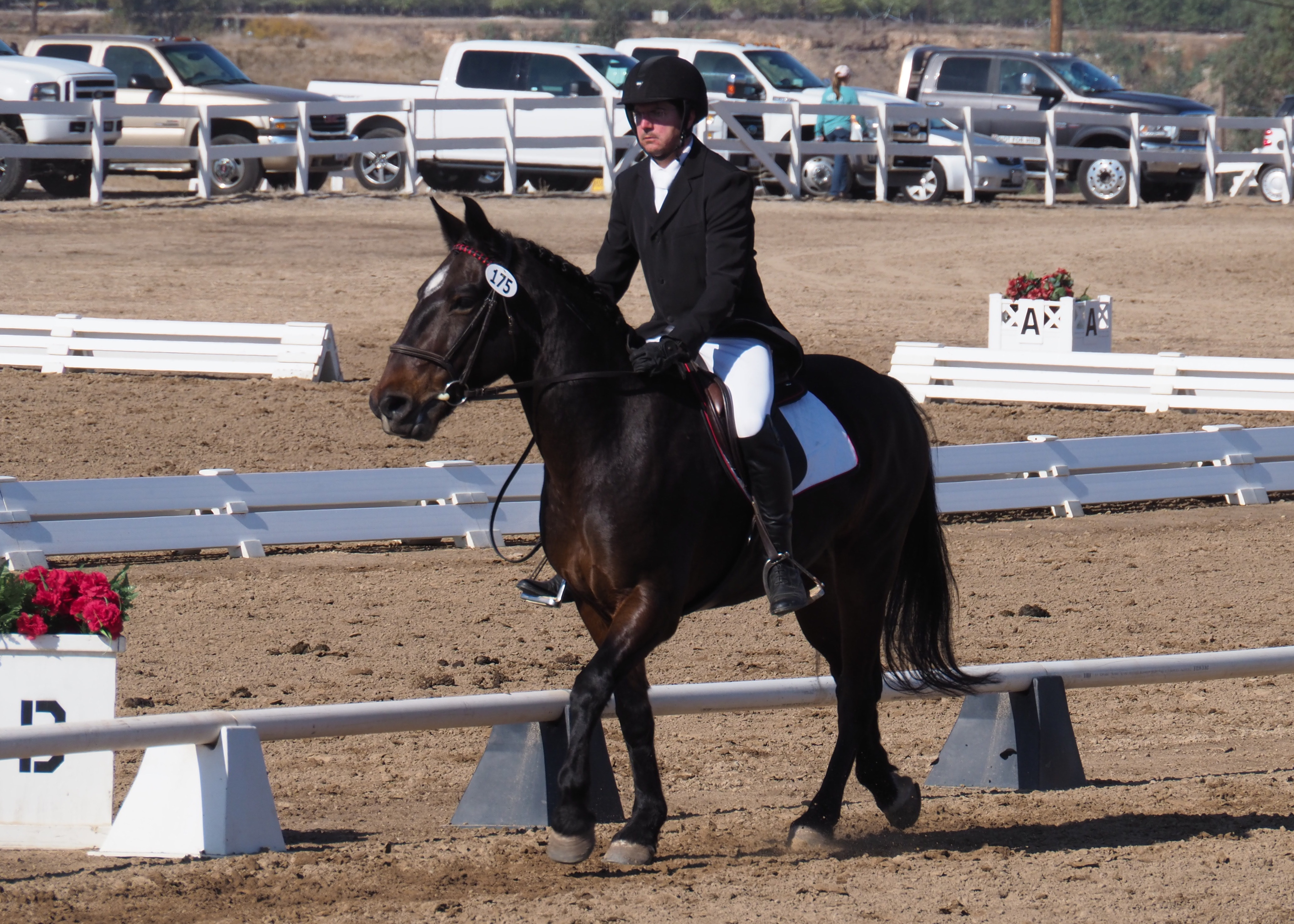 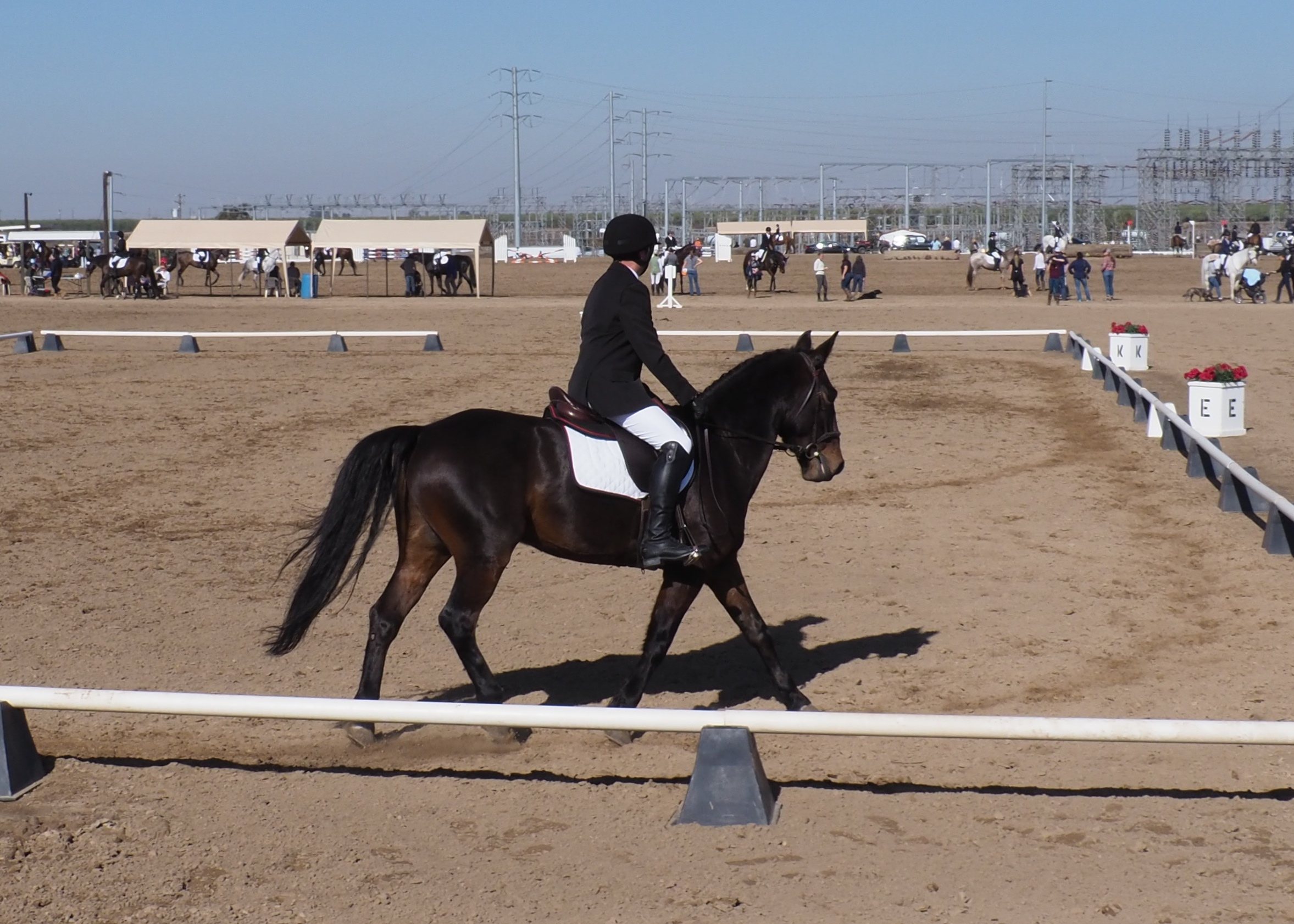 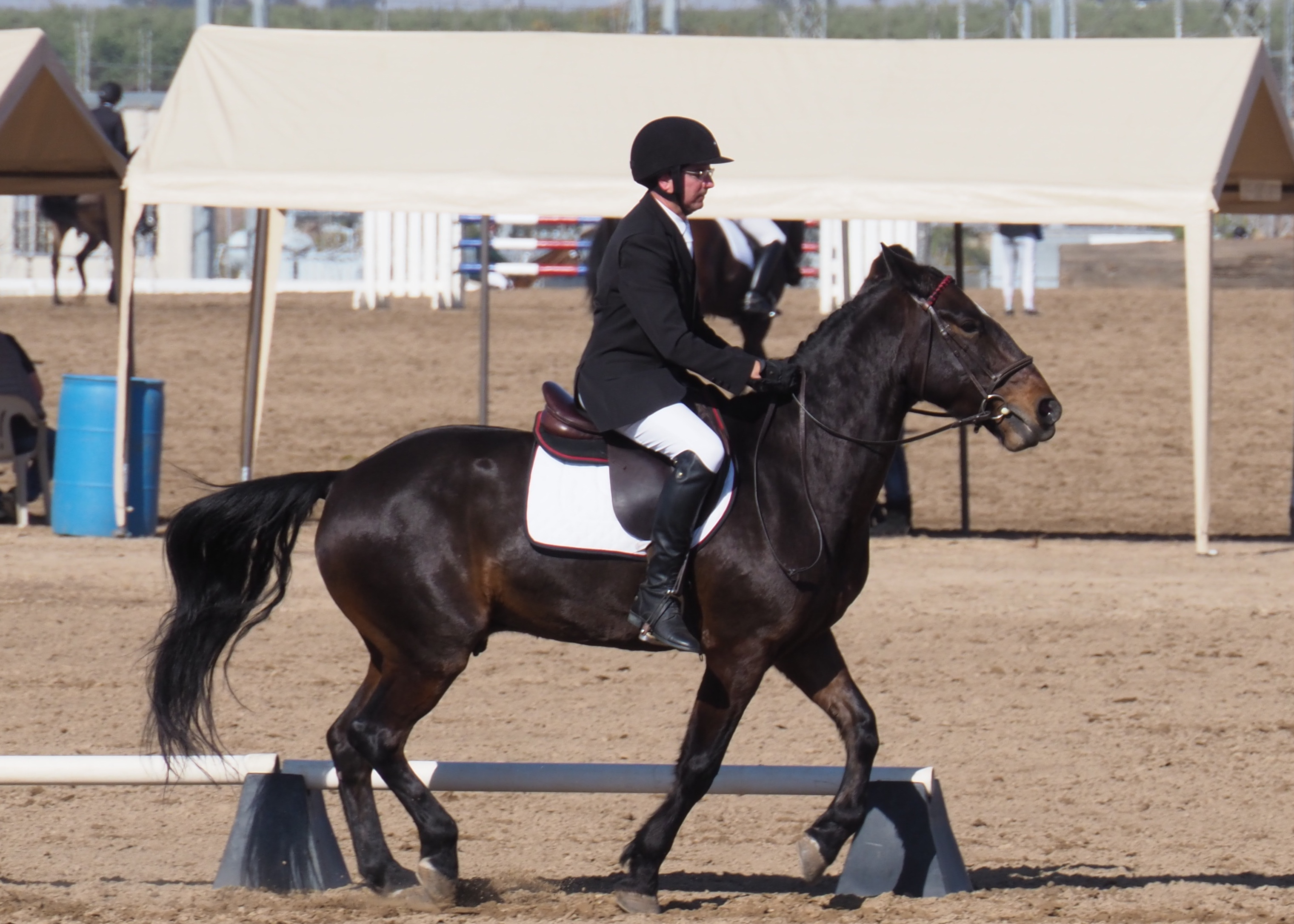 this was not a pretty transition 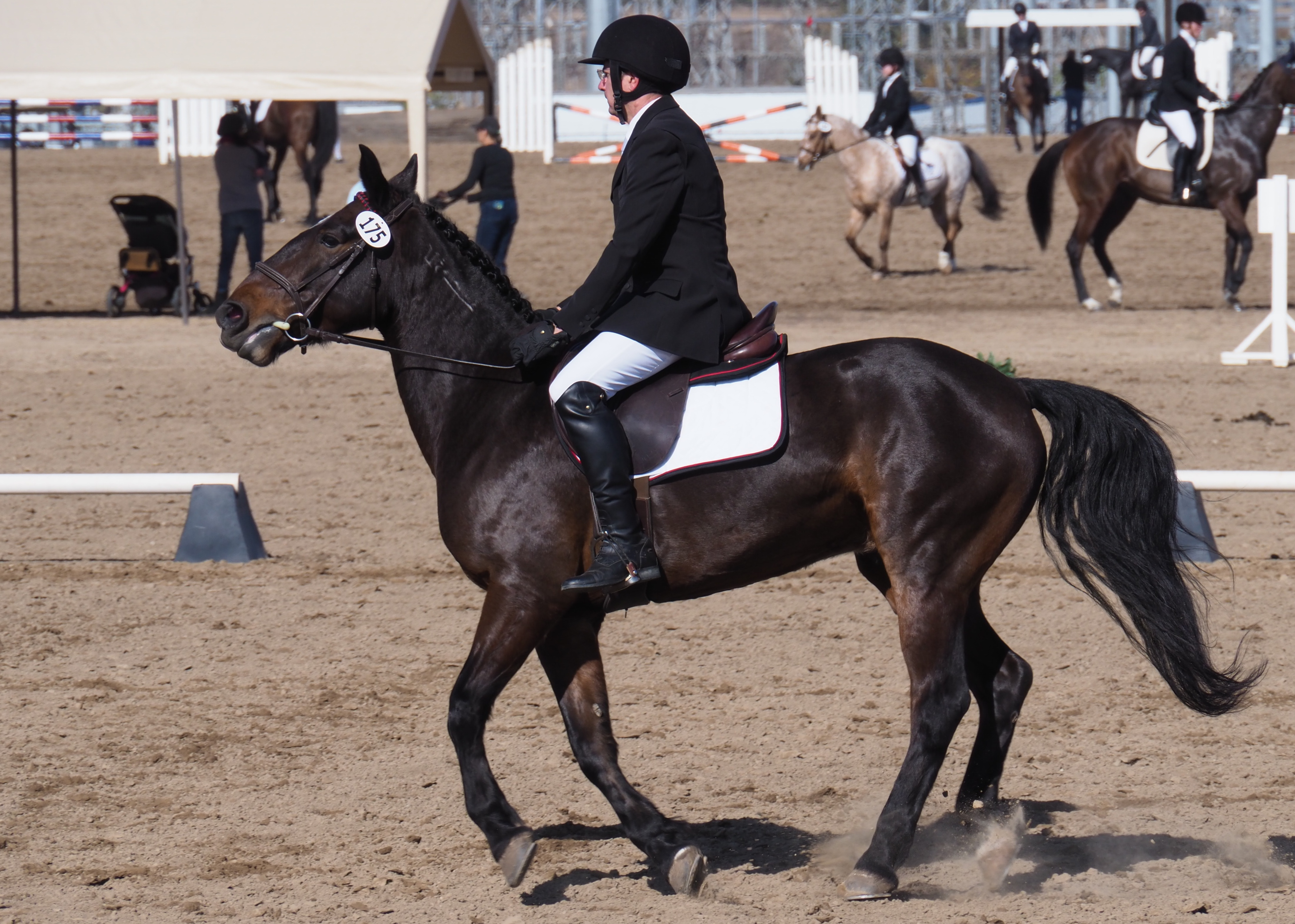 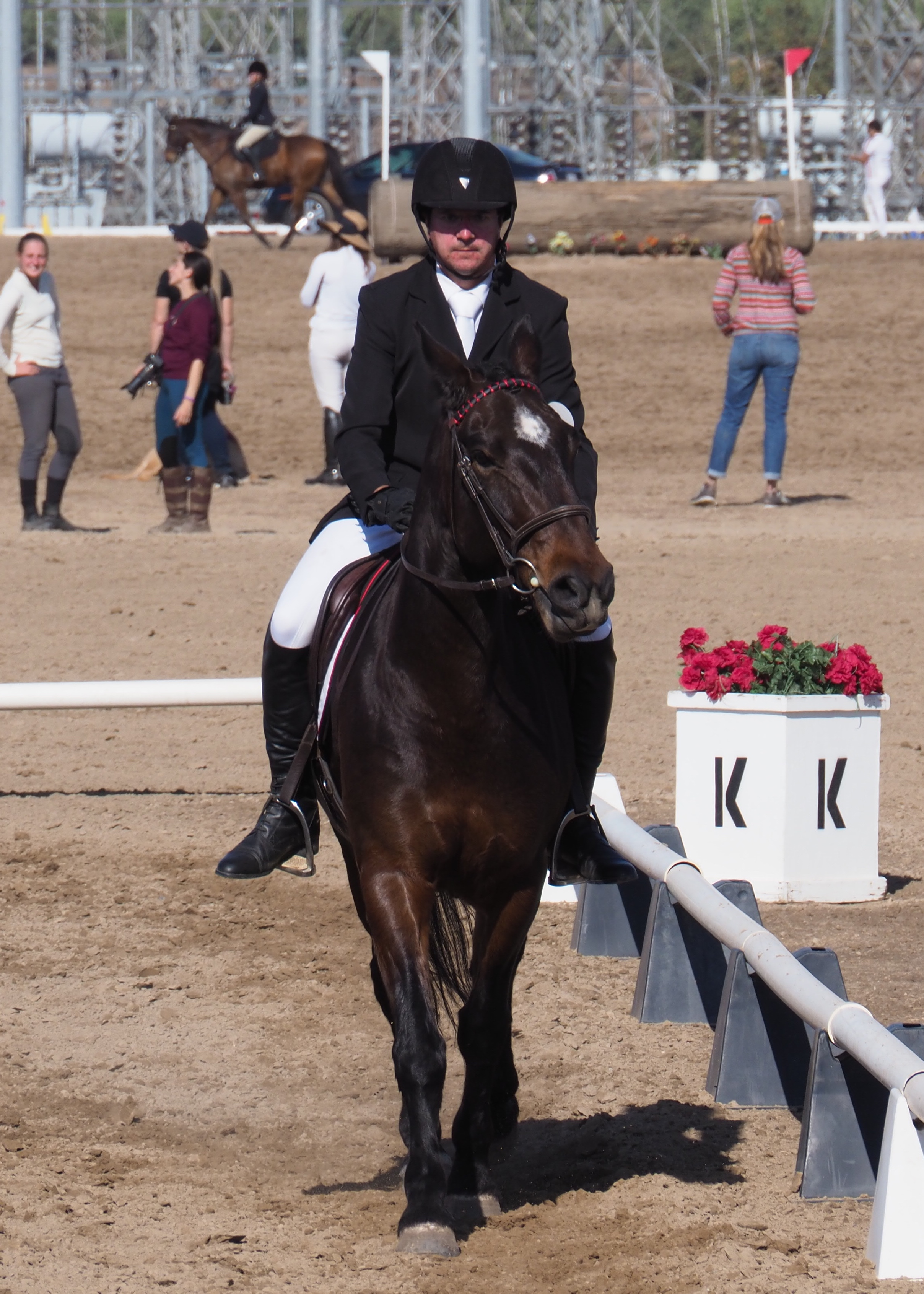 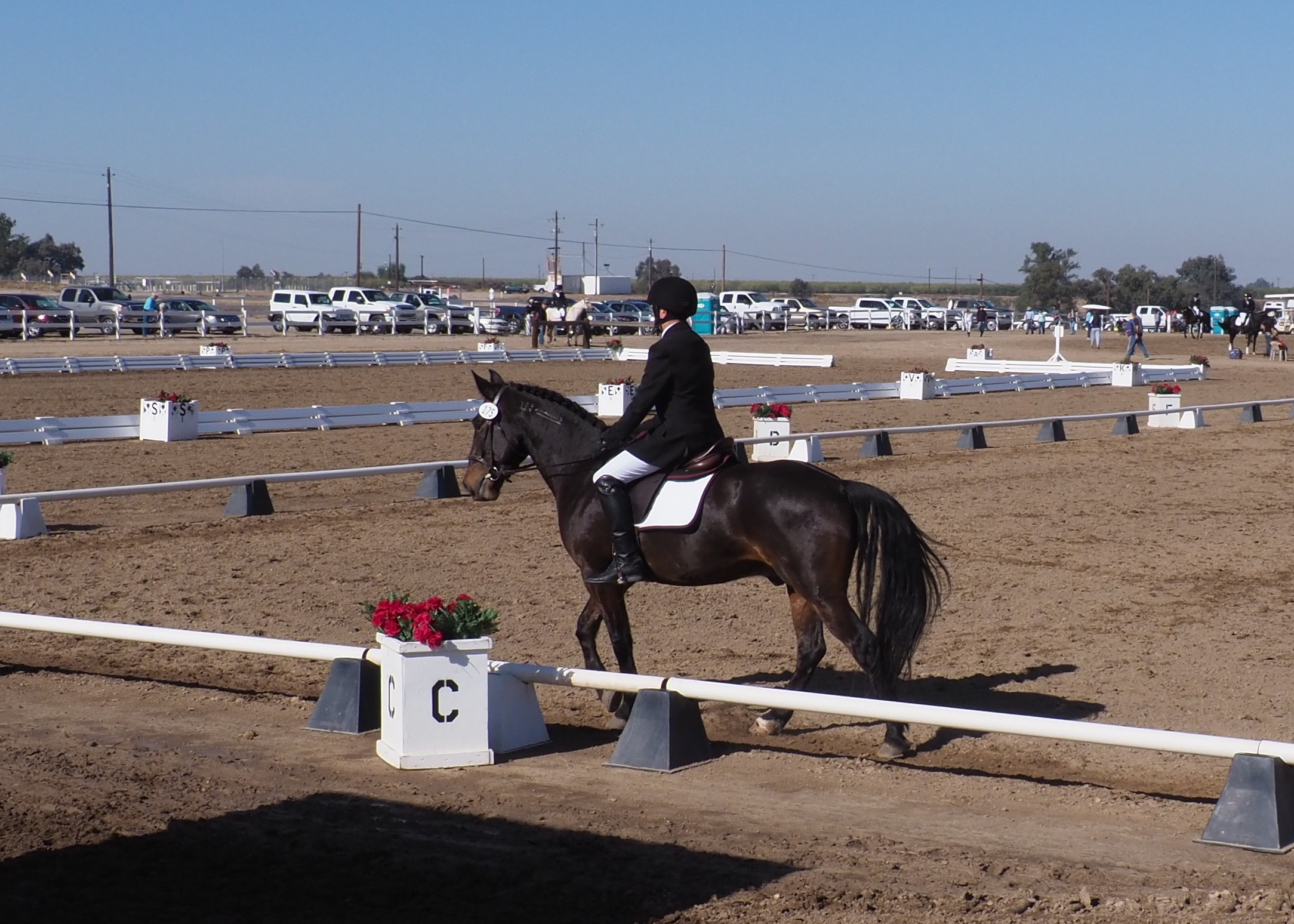 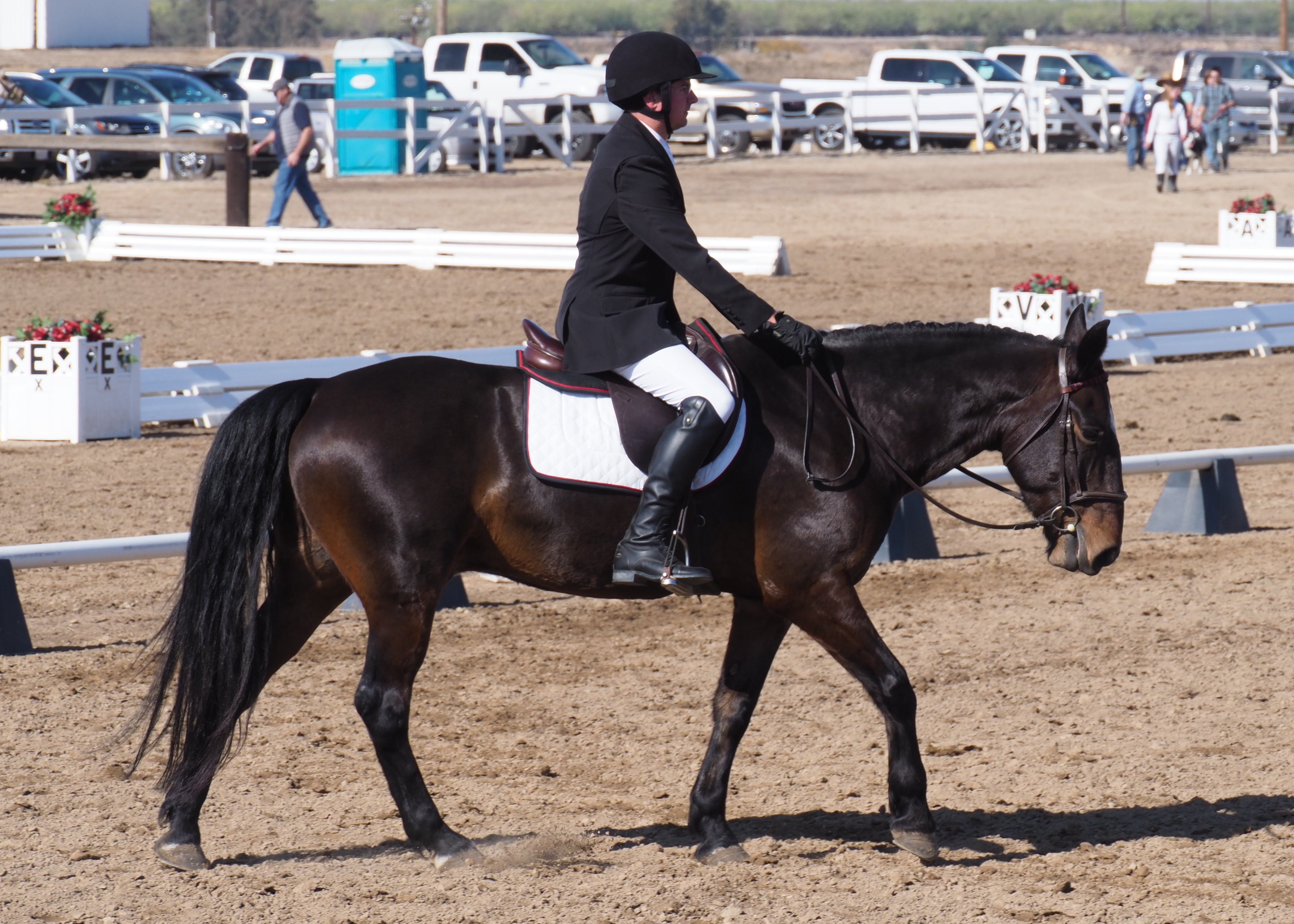 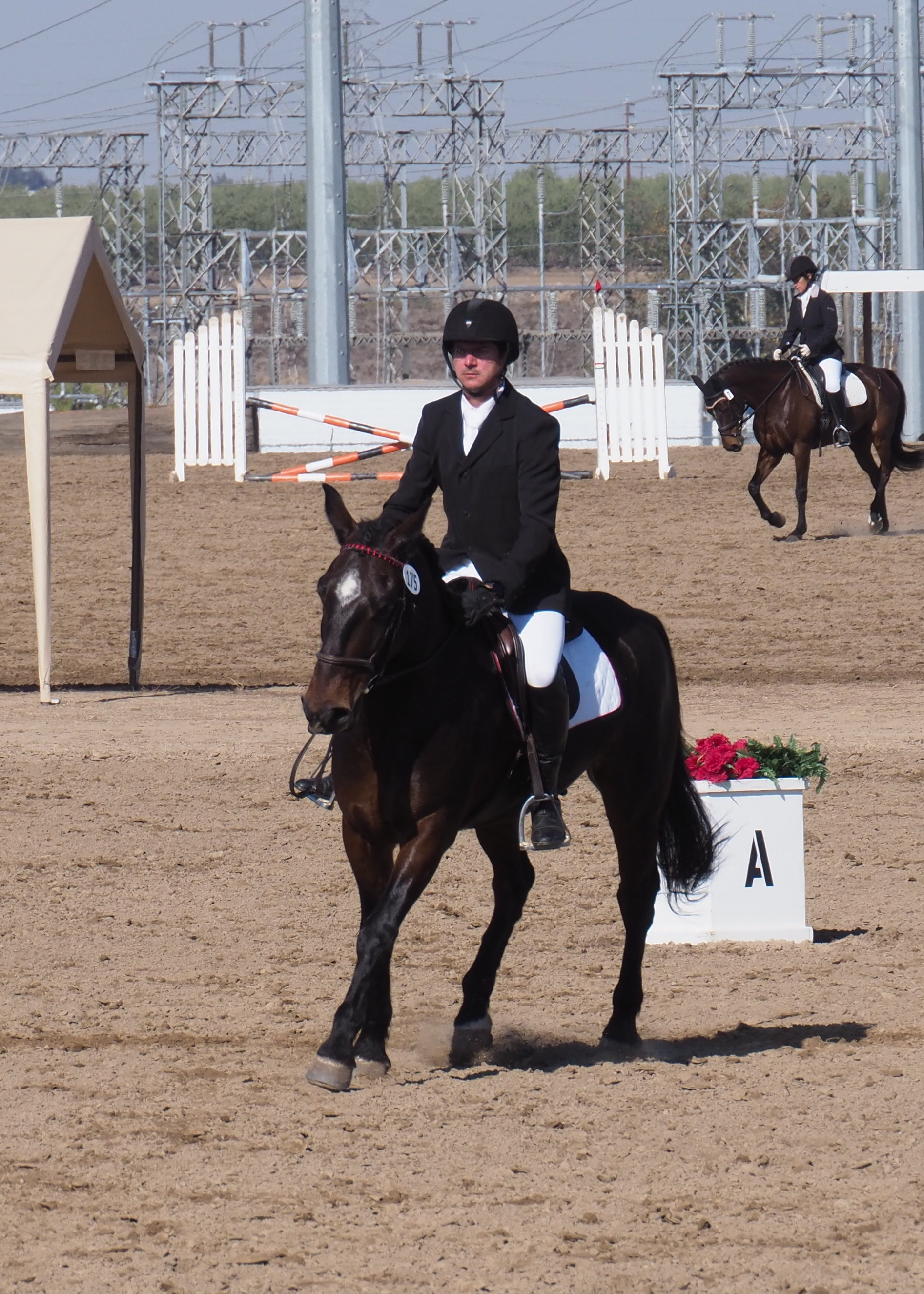 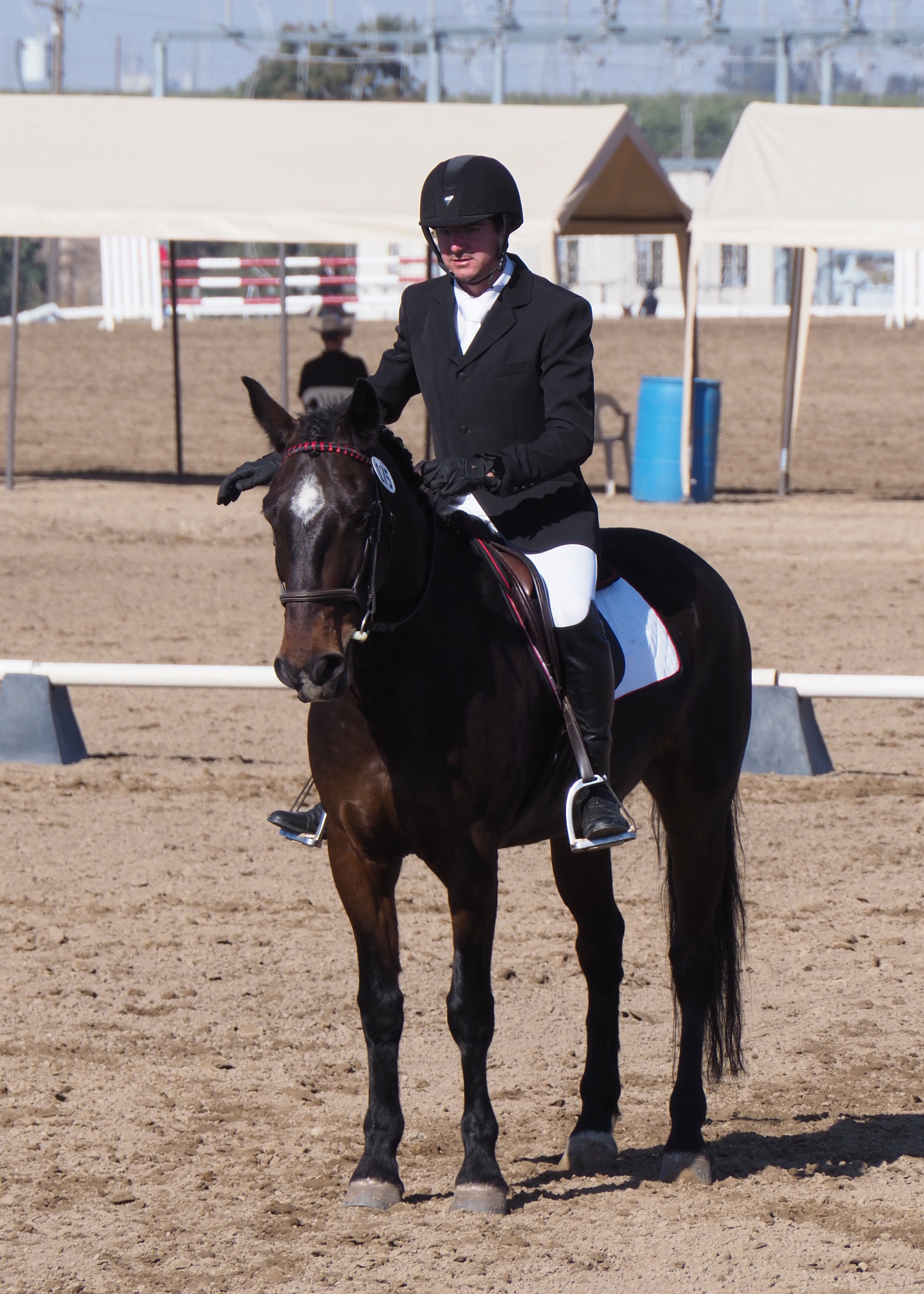 This score left them in 13th out of 15 going into Stadium.

I had to race back from watching my husband’s test to get Levi tacked up for my own. We had an okay warm up with lots of transitions and change of pace within gates to get him listening to me. Then we went in and he decided that he couldn’t possibly go right. 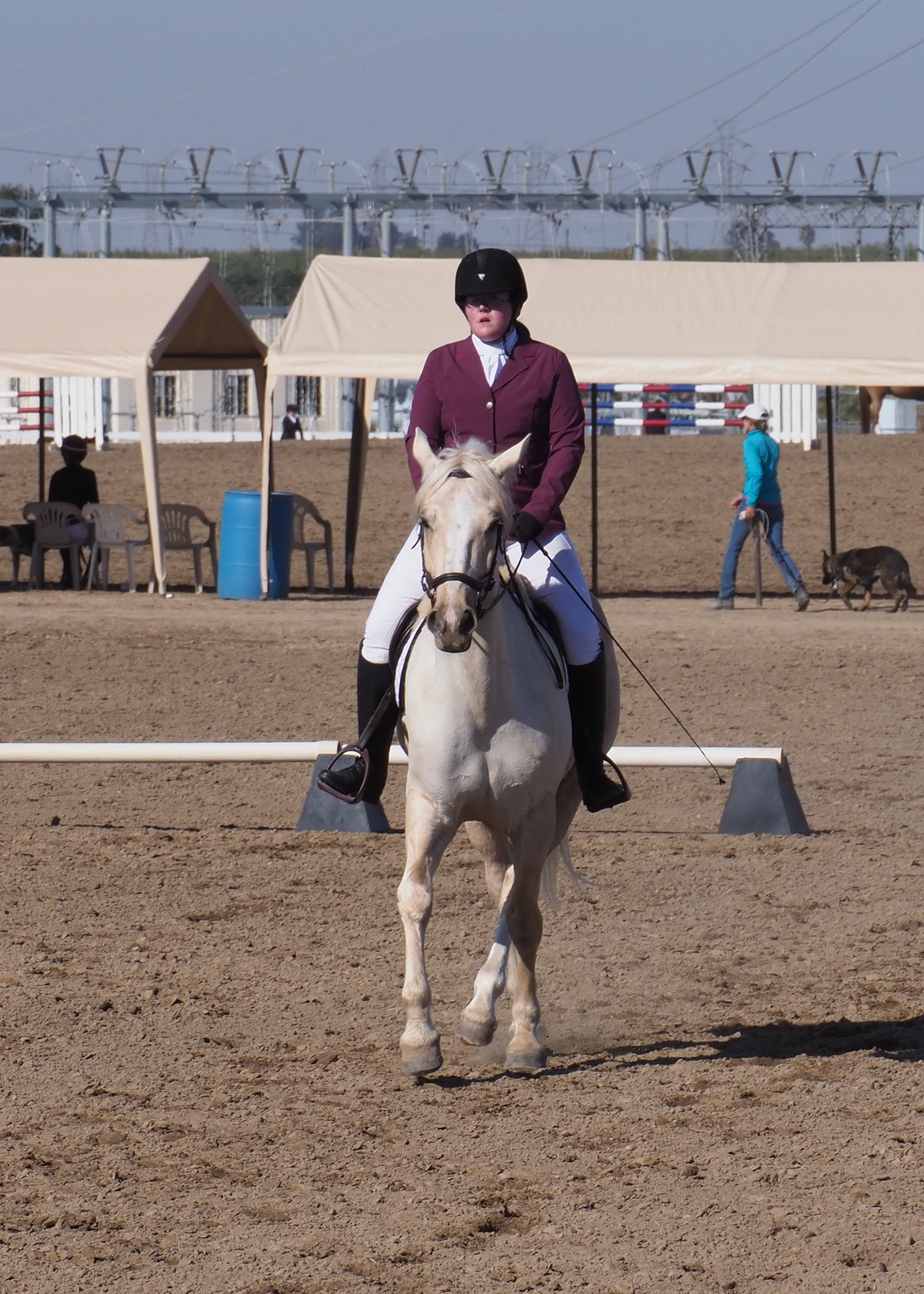 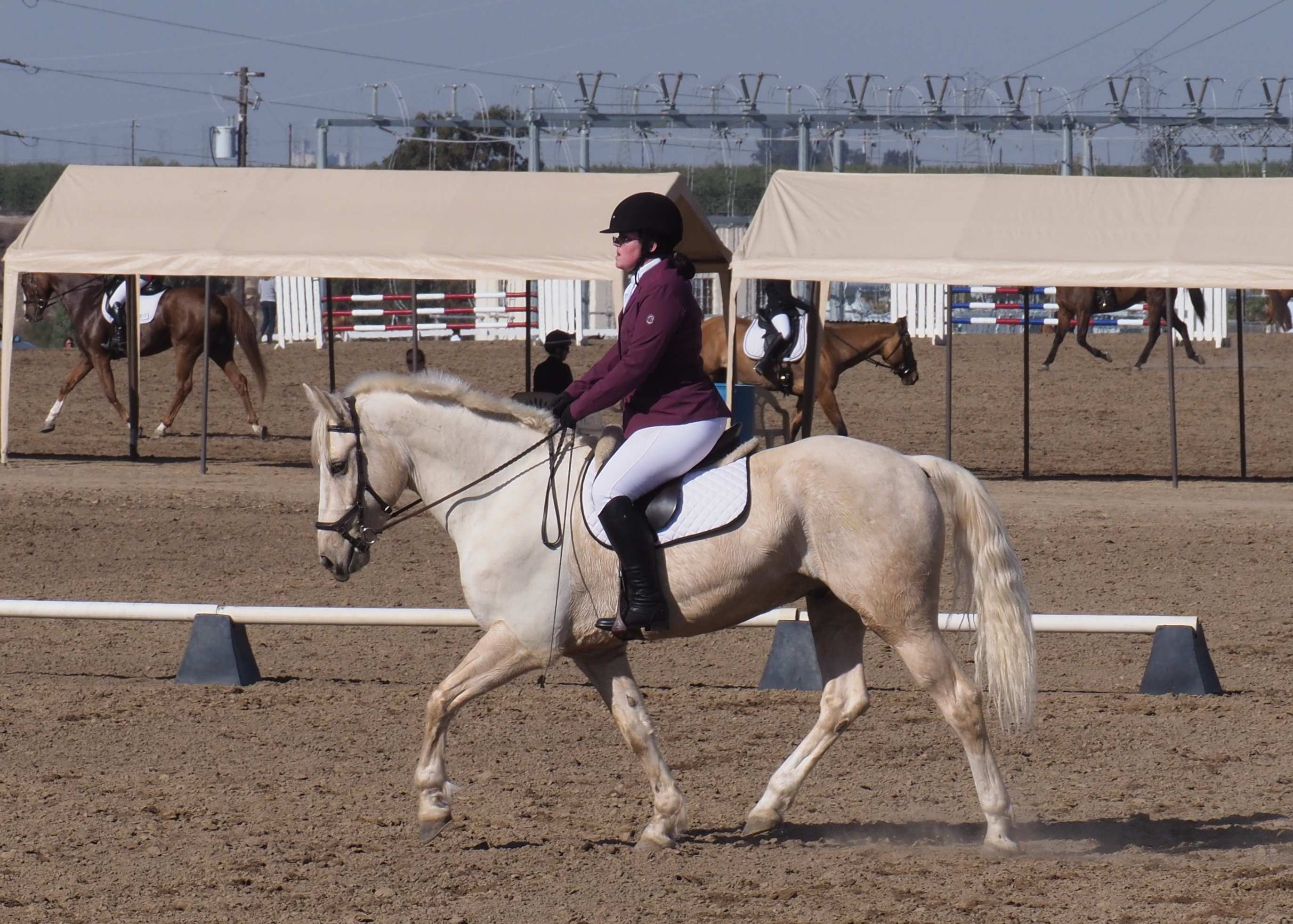 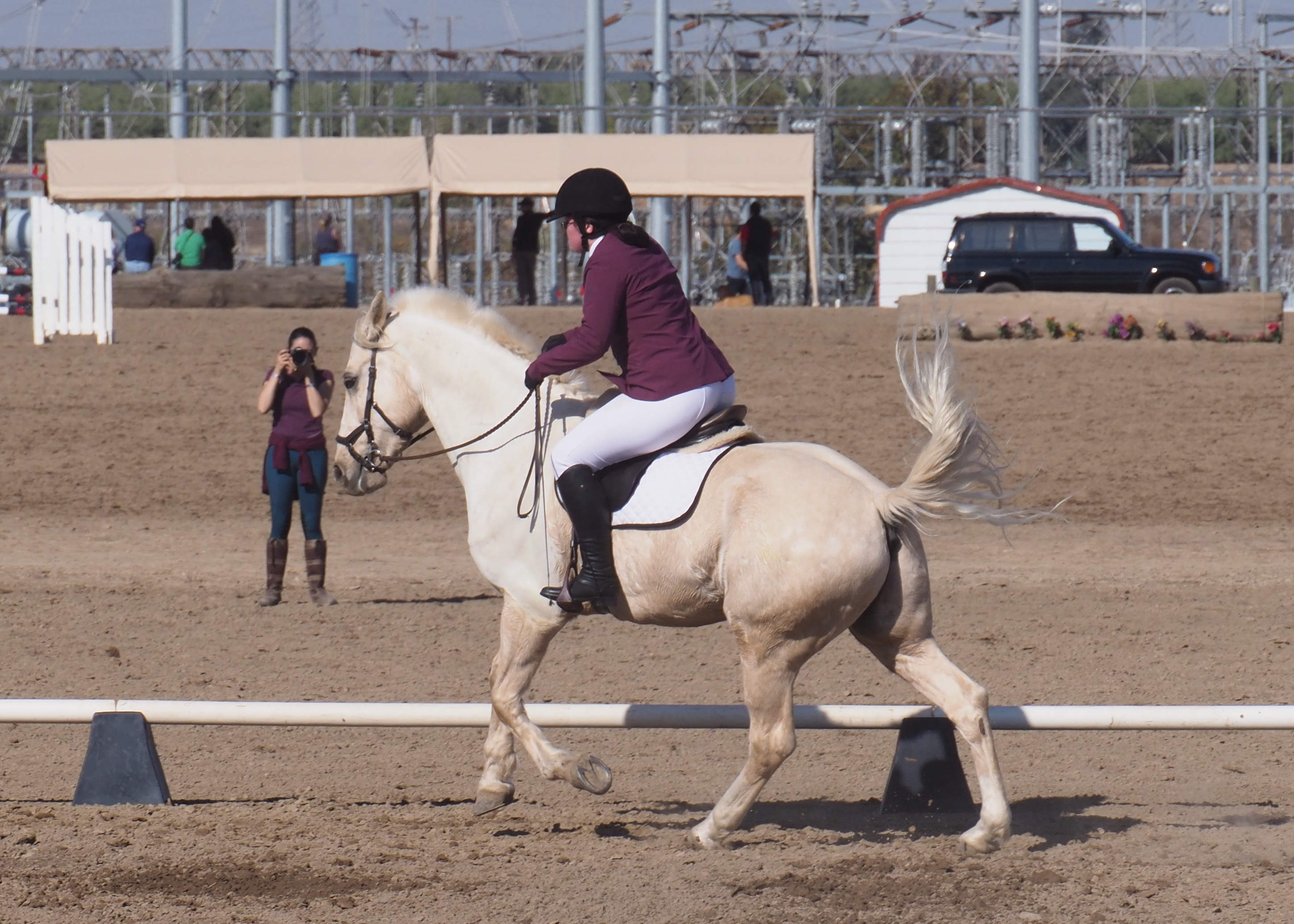 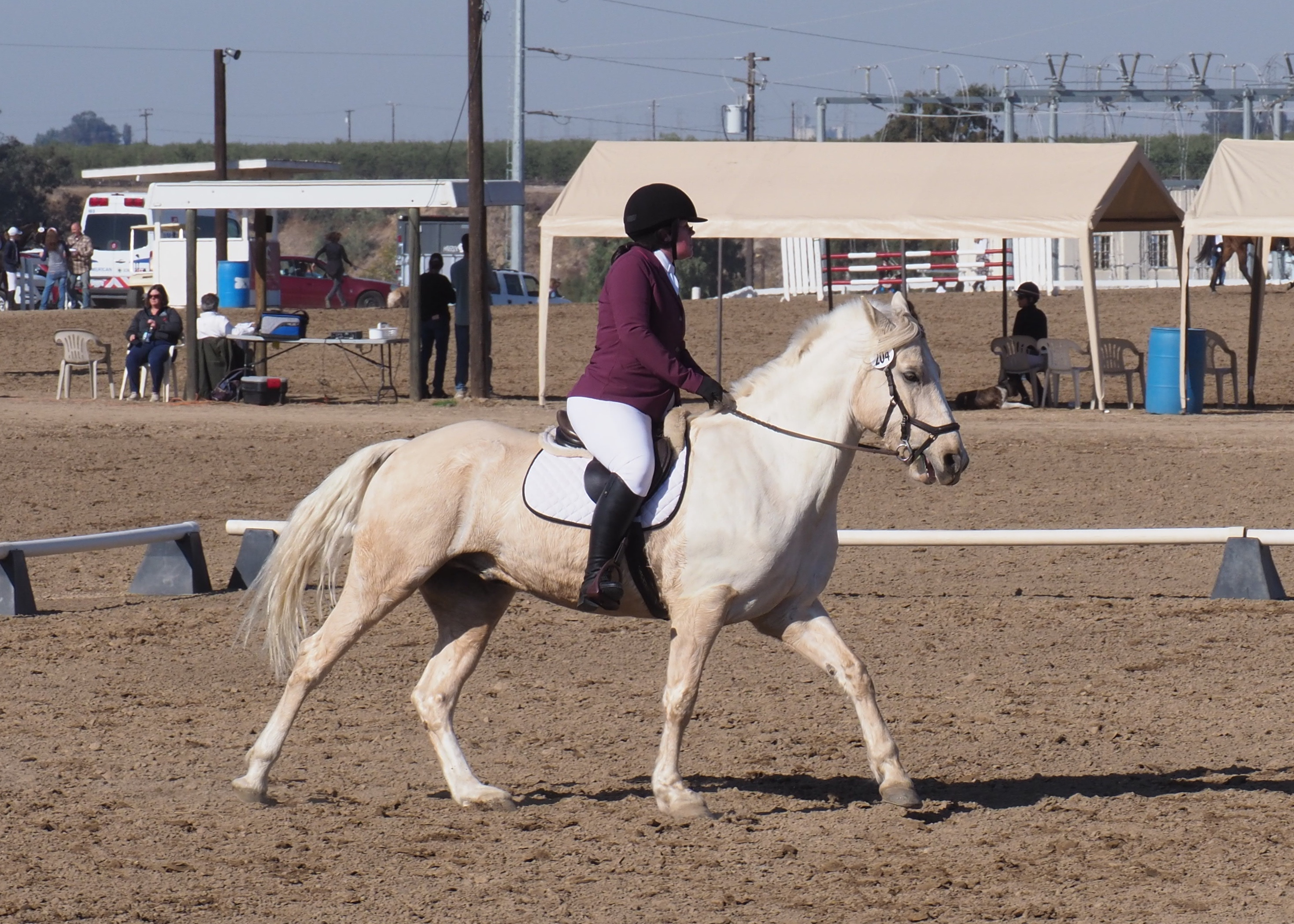 5. Between F and B Working trot
Judge’s Comments: “should stay more on bit”
Score: 6.0 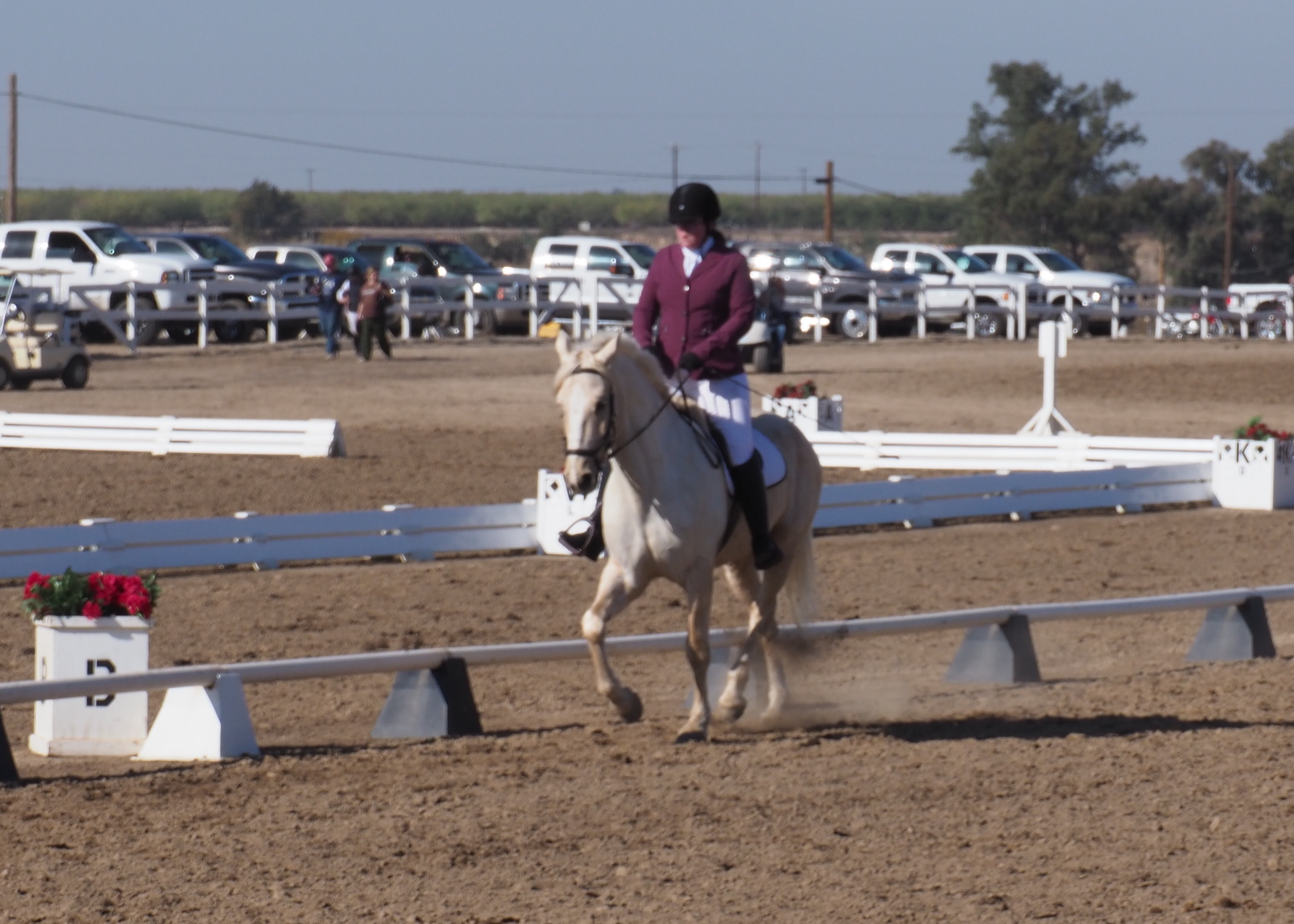 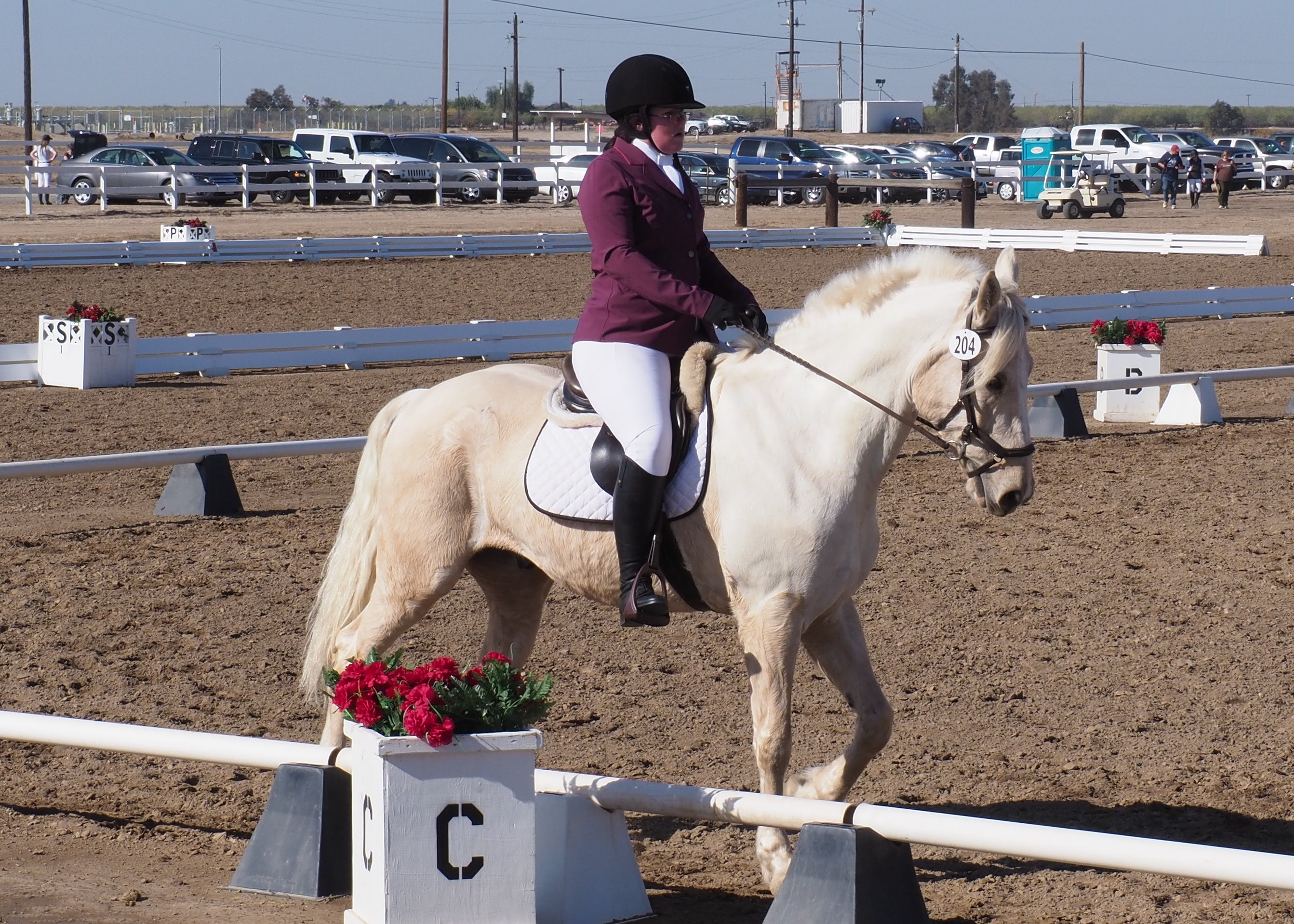 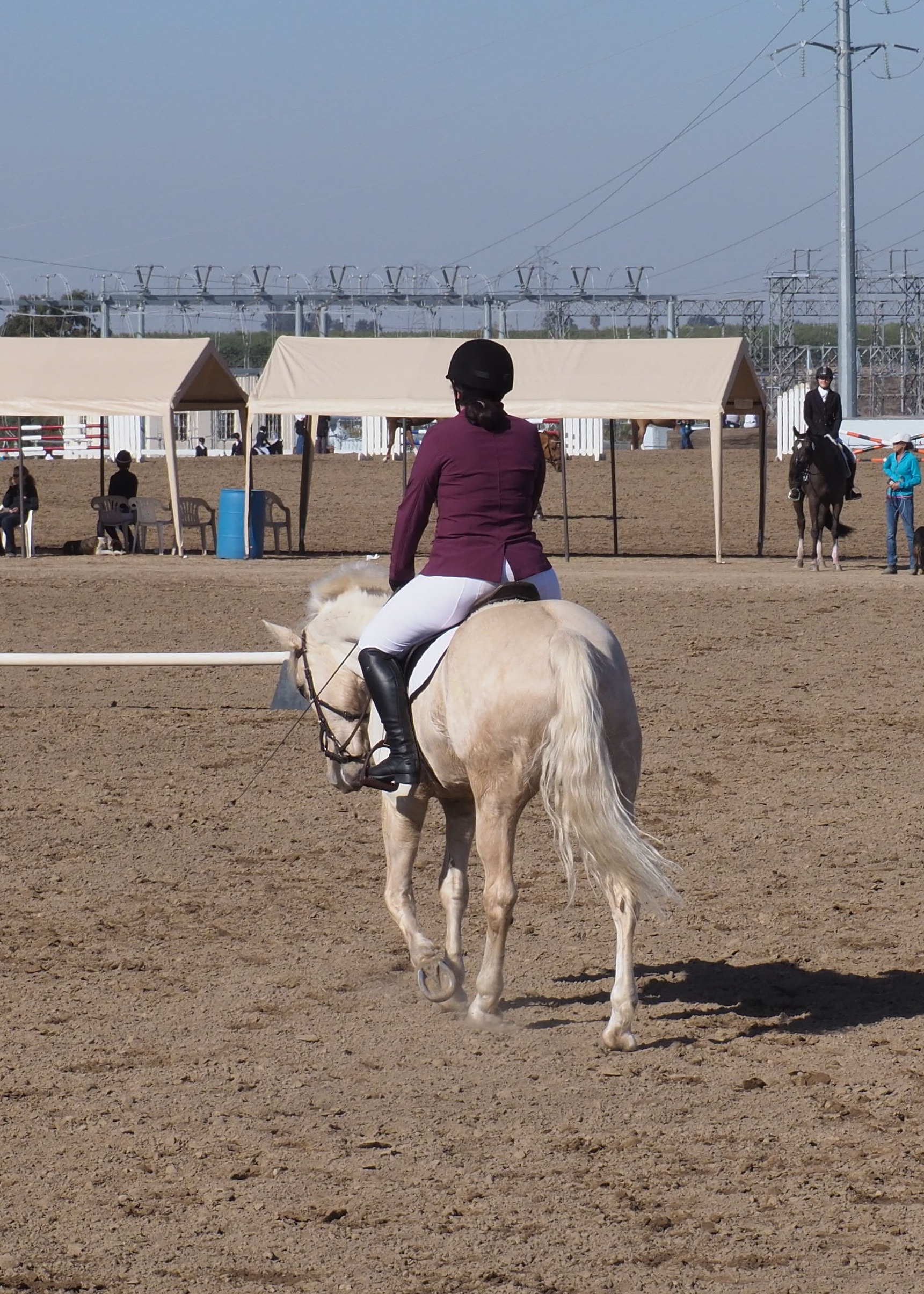 I didn’t think it was that bad 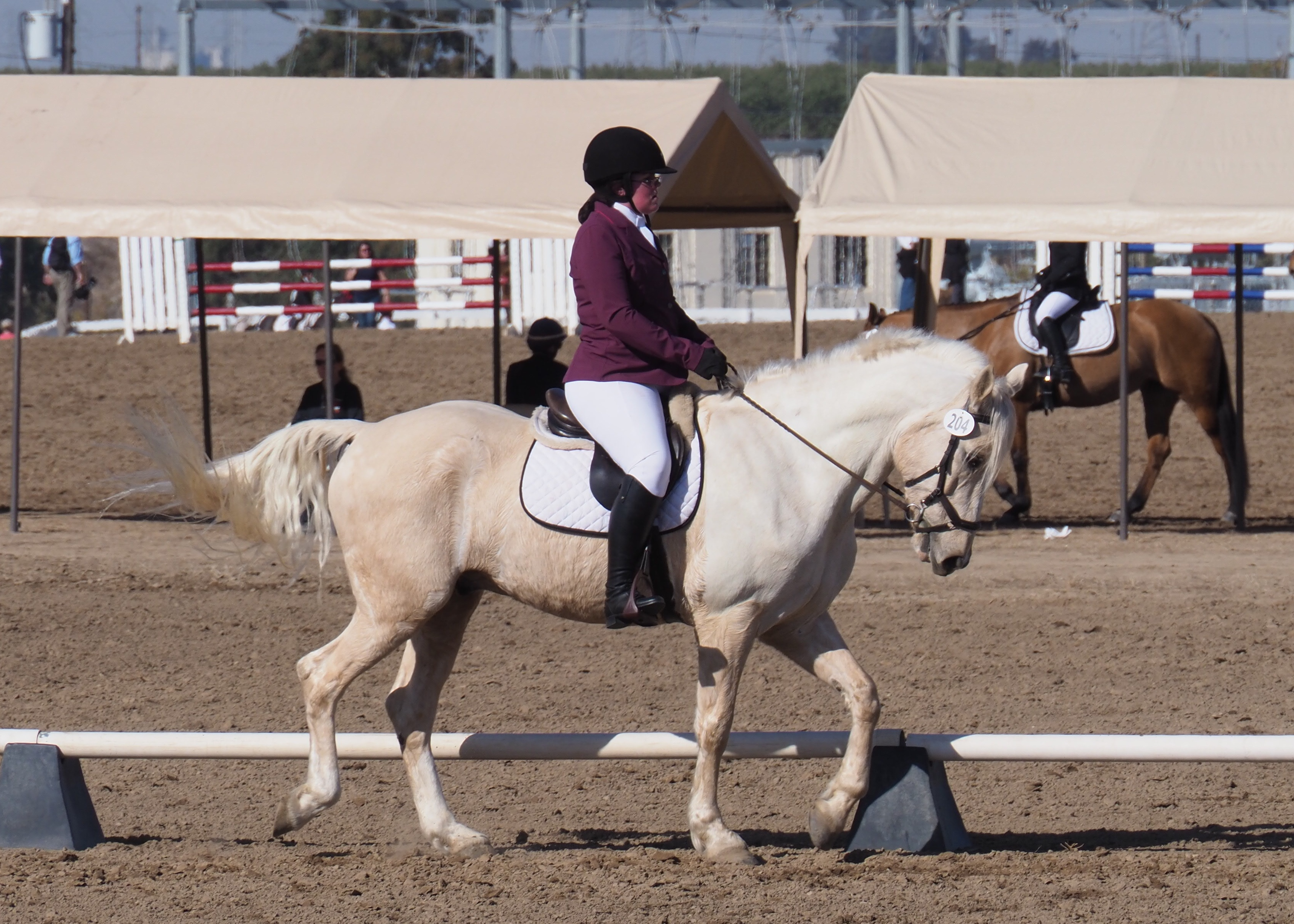 Tried to trot before A 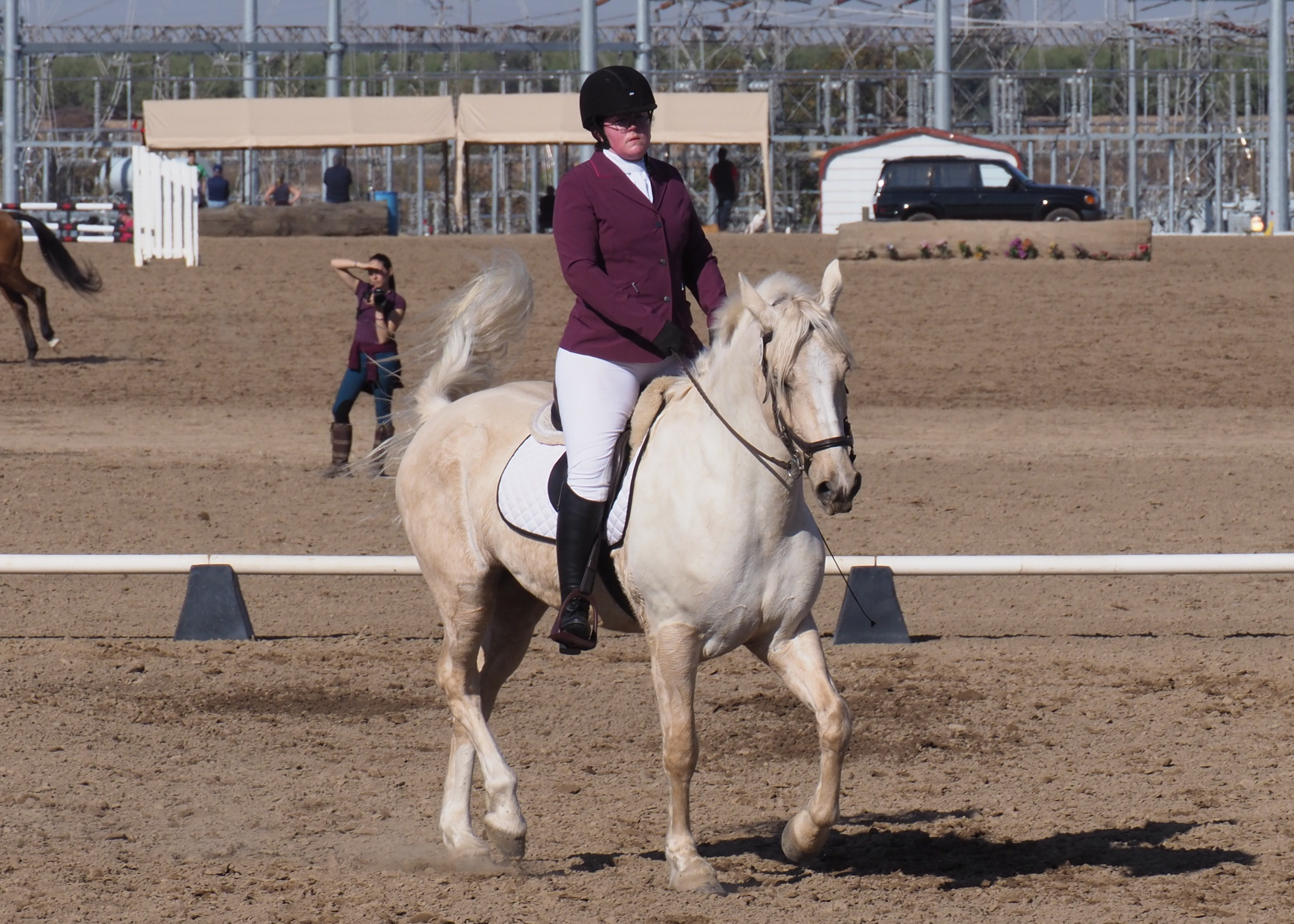 I don’t know what the complaint is; we’re covering INCHES of ground with each stride 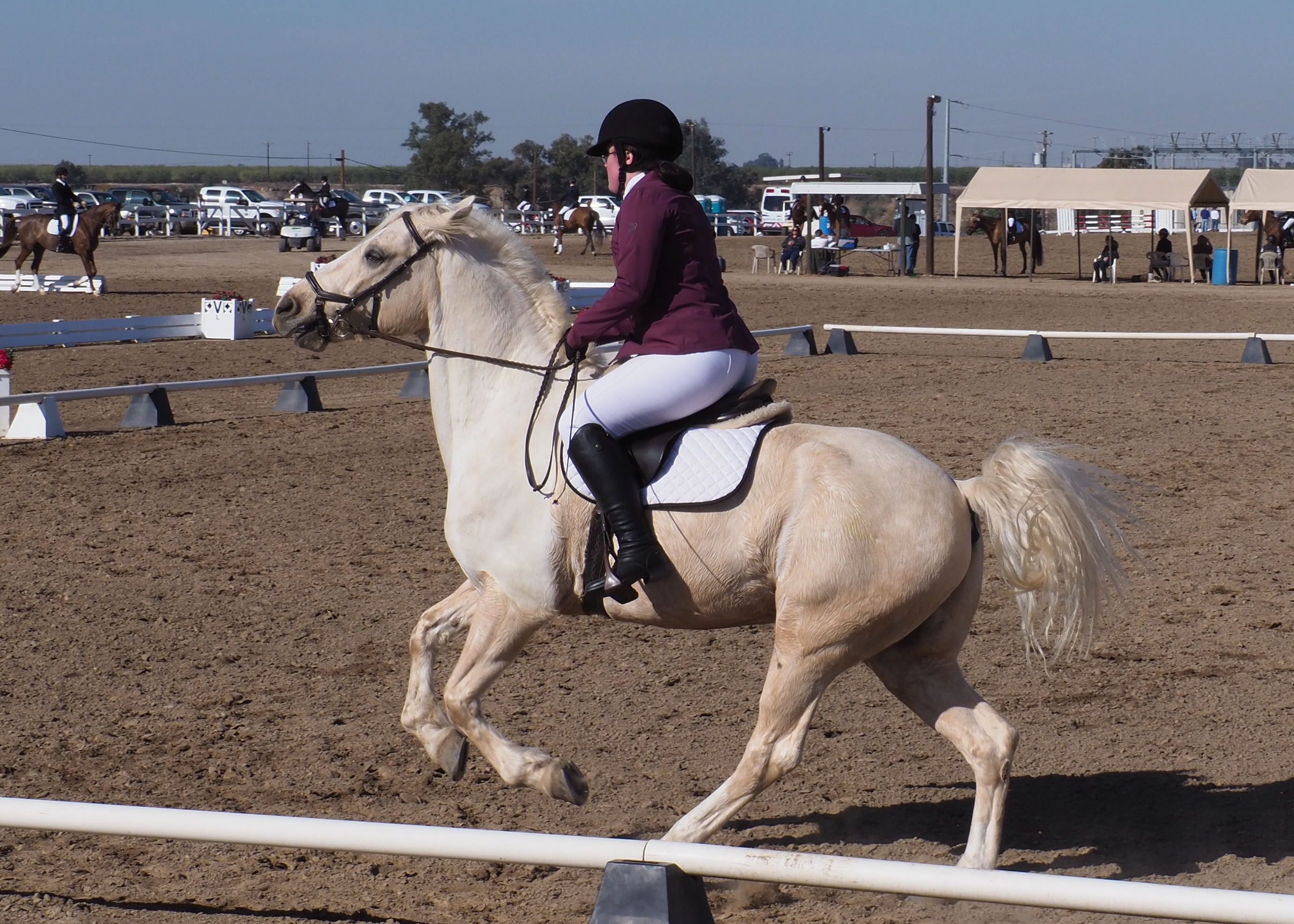 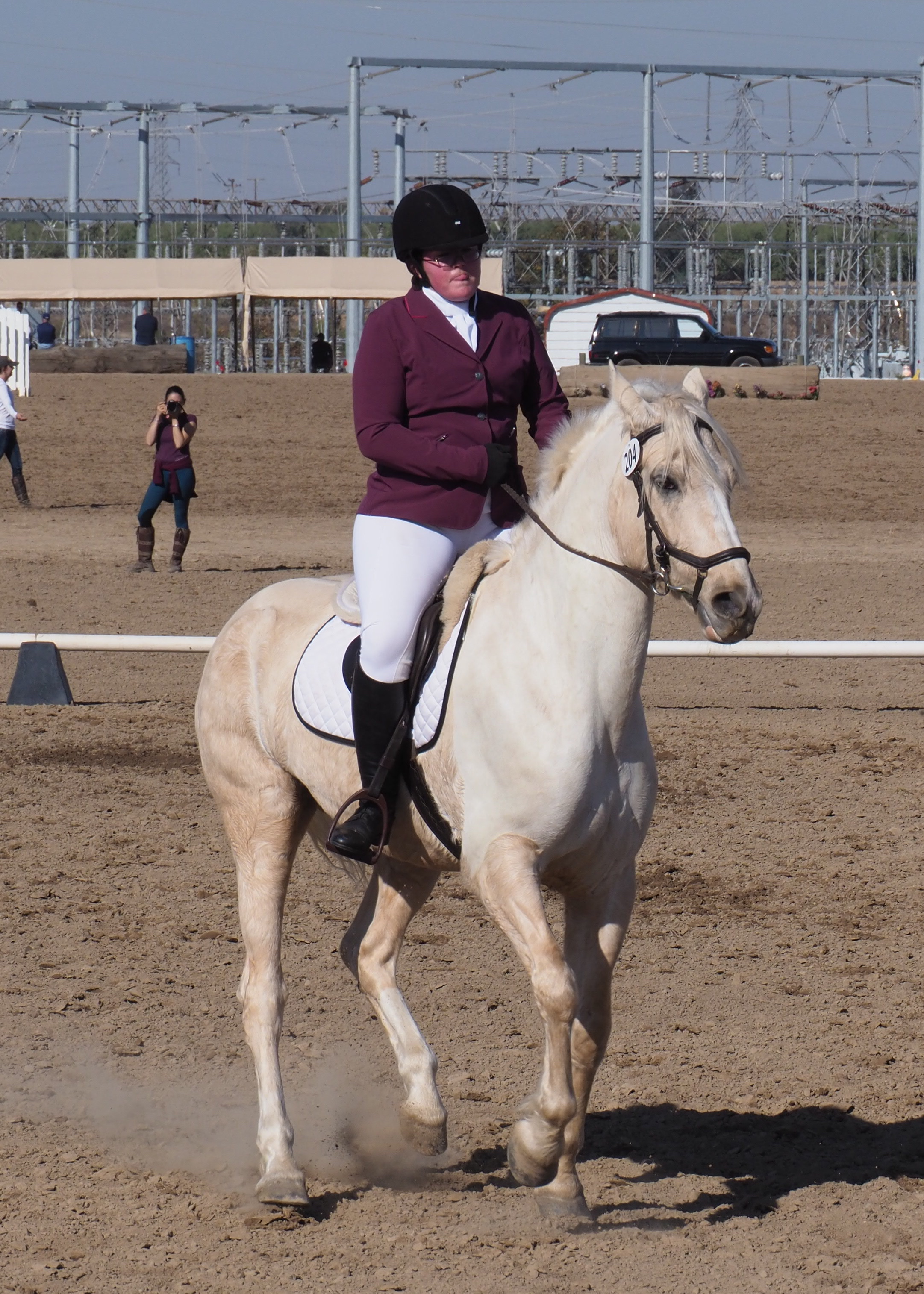 I feel like 0 for “not performed” would have been an acceptable score. I brought him back to trot and asked for the right lead 3 times. 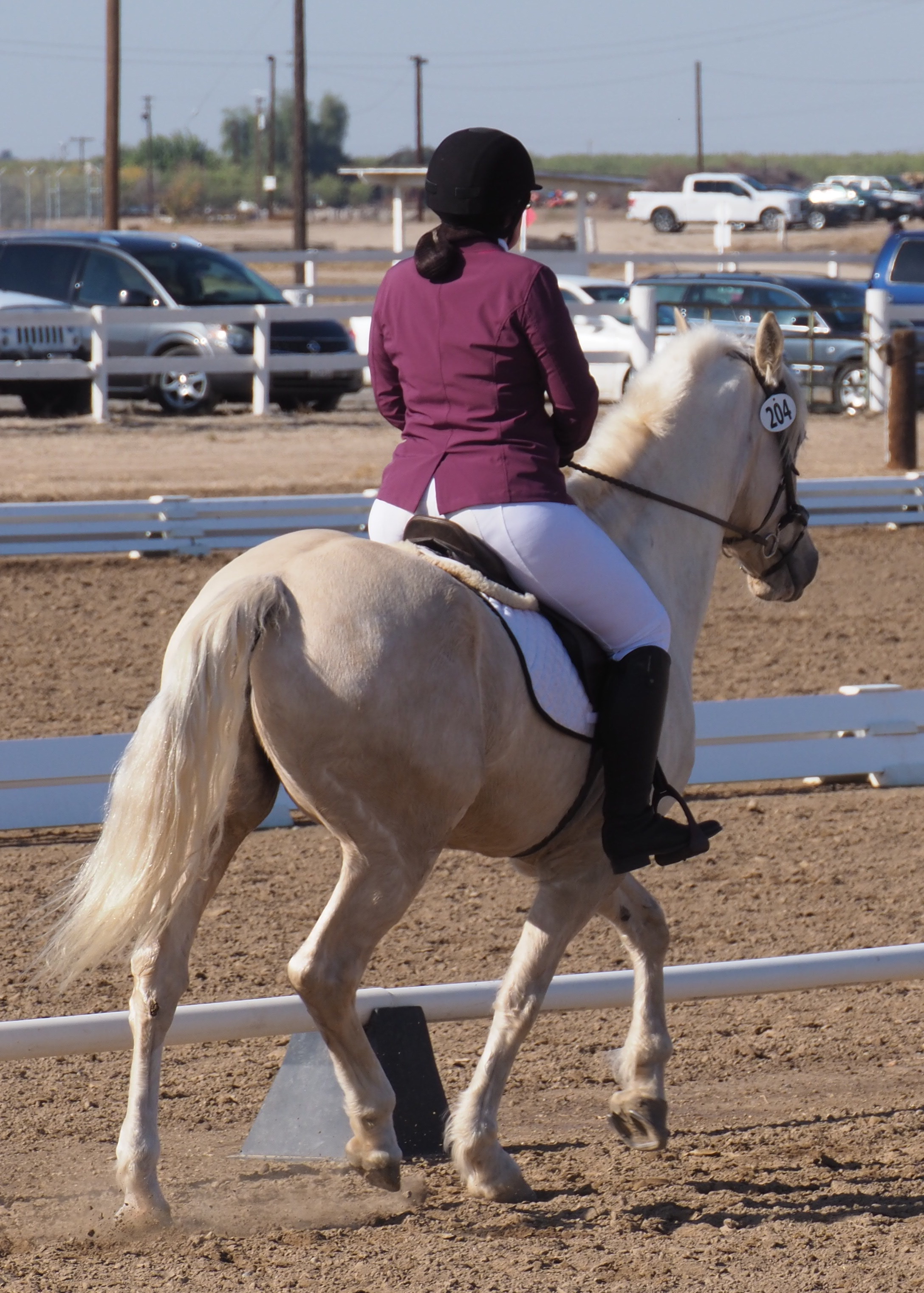 Levi: no time for straight, I must prance 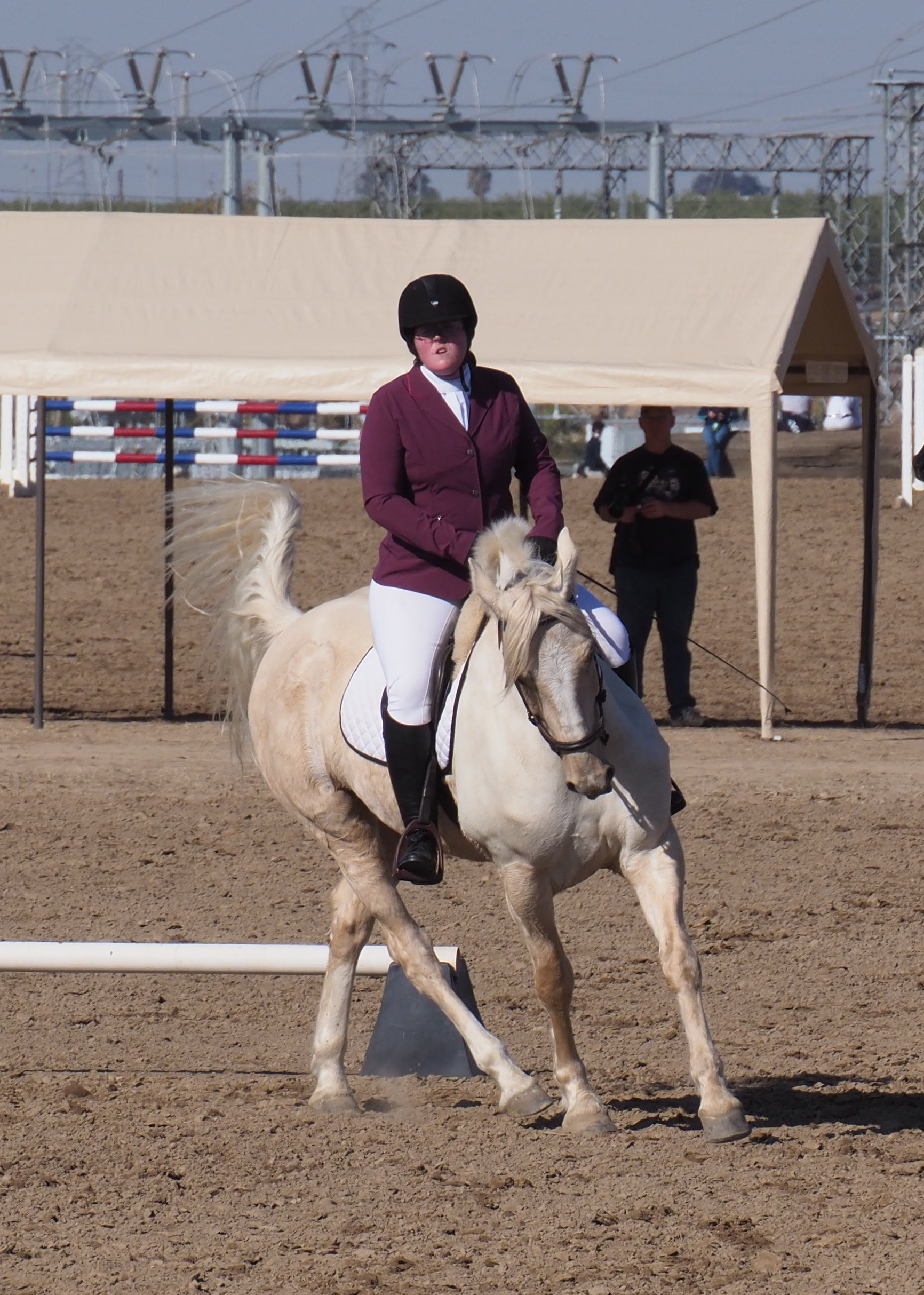 I wouldn’t call this bending 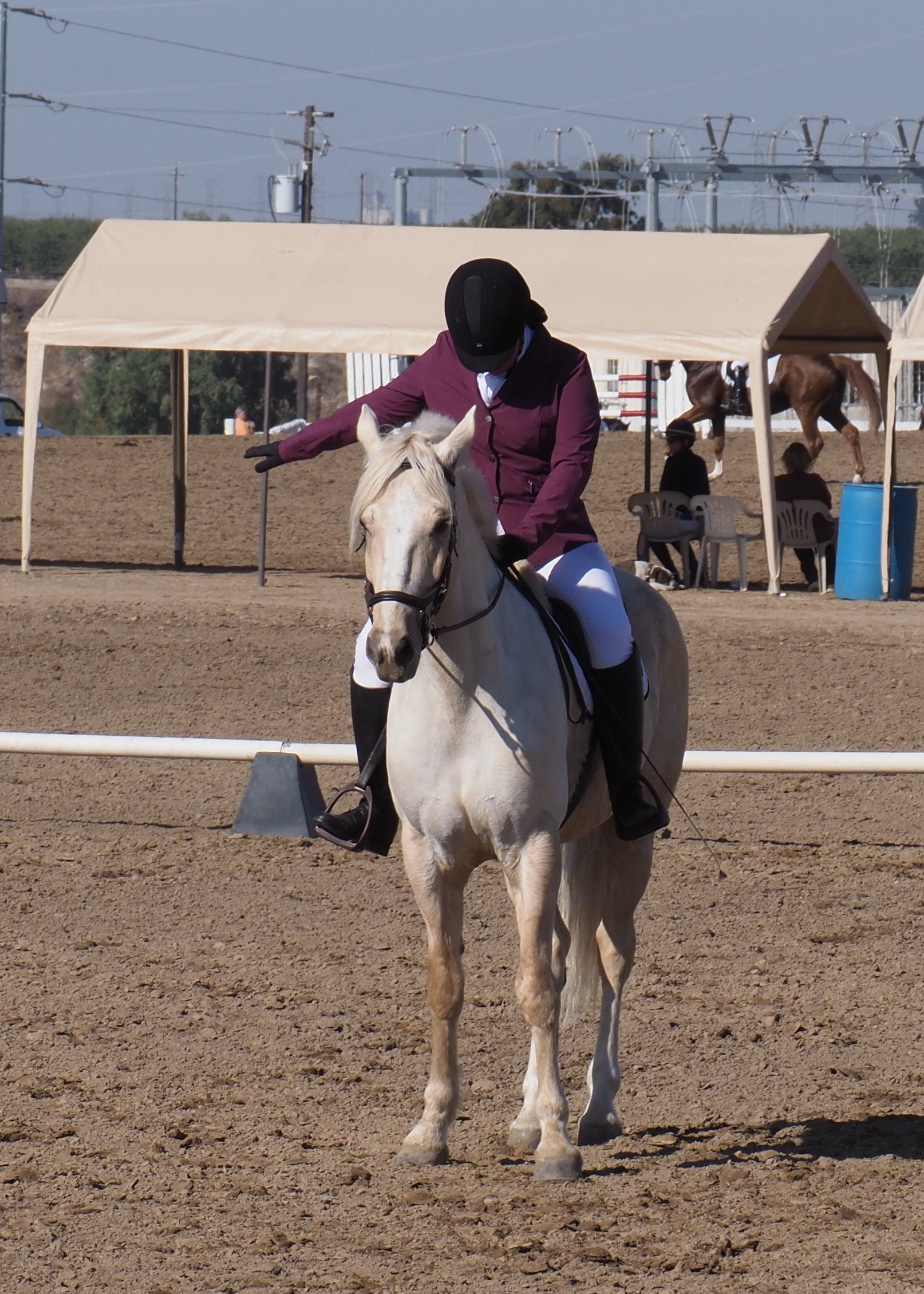 At least our halt problems have gone away

I was pretty pissed off after that test. We have already practiced right lead canter departs. A lot. He got them all in our warm up (and in the practice show the day before) so I really wasn’t prepared for him to just flip me the finger on that during the test. After we walked out, I took him back to the warm up where he once again tried to ignore my request for right lead and he had his ass kicked. I don’t mind greenness or mistakes. What I hate is when he purposefully ignores me regarding things he knows how to do.

I think the judge was overly generous for my test. Maybe because intro isn’t a rated division? I don’t know. I certainly didn’t deserve a 4 for cantering on the wrong lead for 2 movements. We ended 12 out of 13 only because the 13th person was eliminated after doing BN B instead of A. I think it’s rather sad that our disaster of a test got a score only 2 points off from my husband’s when Eugene was trying so hard to be good and put in a really steady test. I think judges just like Levi and he scores higher even when he’s an asshole.