My life is incredibly hectic right now. I’m in charge of a massive office expansion at work which requires me to monitor contractors, order furniture and fixtures, and try to manage the shifting whims of the executives at my company who keep changing their minds about what they want and then being annoyed at the cost of changes and delays. On top of that, I’m trying to prepare for an overnight dressage clinic which requires me missing a day and a half of work – in the middle of this expansion. And I have to do all my normal job duties. I have woken up multiple times in the wee hours of the morning with my brain racing with thoughts of office furniture and did I order those conference tables?

So I may be going a little insane.

On Monday I went to work really early so I could leave early and go to the barn. At the barn I spent time “clipping” Shasta and Nilla to get them looking decent for the clinic. Thankfully, I just needed to do heads and bridle paths – not full clips. Since Shasta won’t let me get clippers anywhere near her head, I have to use scissors to cut all her whiskers down and then use a little nose shaver to finish the job. 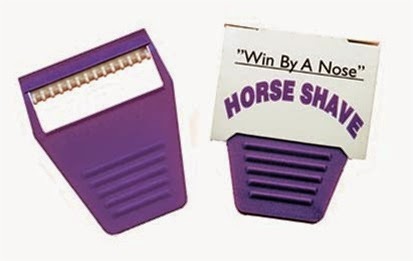 Then I clipped Nilla who is very good about clippers everywhere except for her ears, which I had to do with scissors, so those look a bit rough. However, in comparison to Shasta who won’t even let me touch her ears with or without scissors let alone clippers, she’s amazing. By the time I’d finished both of them, it was time to feed them and head home to feed ourselves.

On Tuesday, I had to unpack a bunch of things I ordered online and cart them to the barn. I also took the EasyBoots that I have had sitting in my living room for the past year (no, really) to the barn. My husband had ordered them and they were too small for Shasta, but he never bothered to return them. I tried to sell them on eBay a few times and never managed to. Well hoarding paid off today and they fit Nilla. I was really quite shocked as I anticipated a huge struggle to find boots that would fit her. Winning!

Things I’m not winning at: the stirrups I ordered are not long enough and I’ll need to return them. I tacked up and took Nilla into the ring to get some lunging in. She was excellent. She has really started to stride out and is also starting to carry herself more like a horse and less like a giraffe. 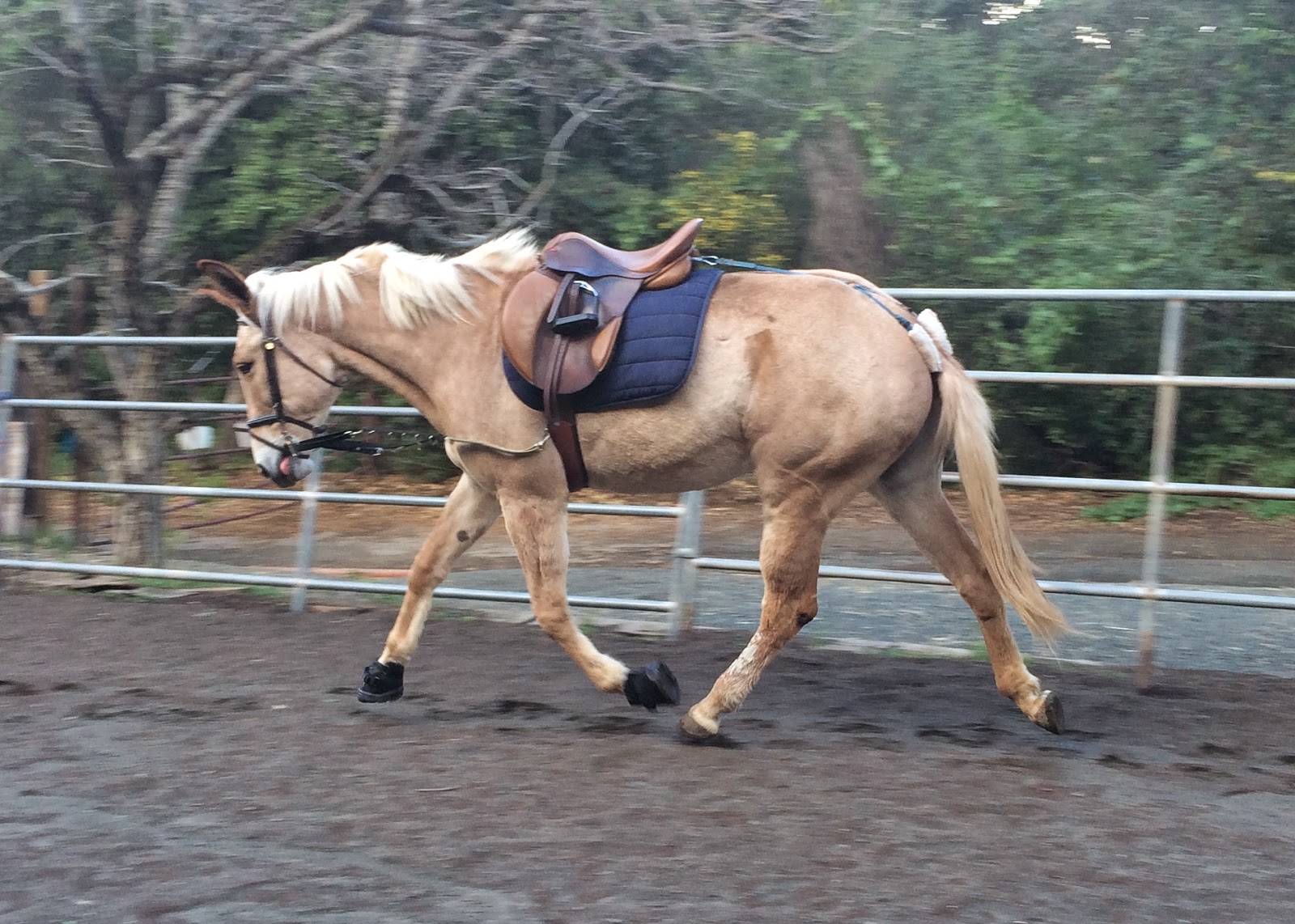 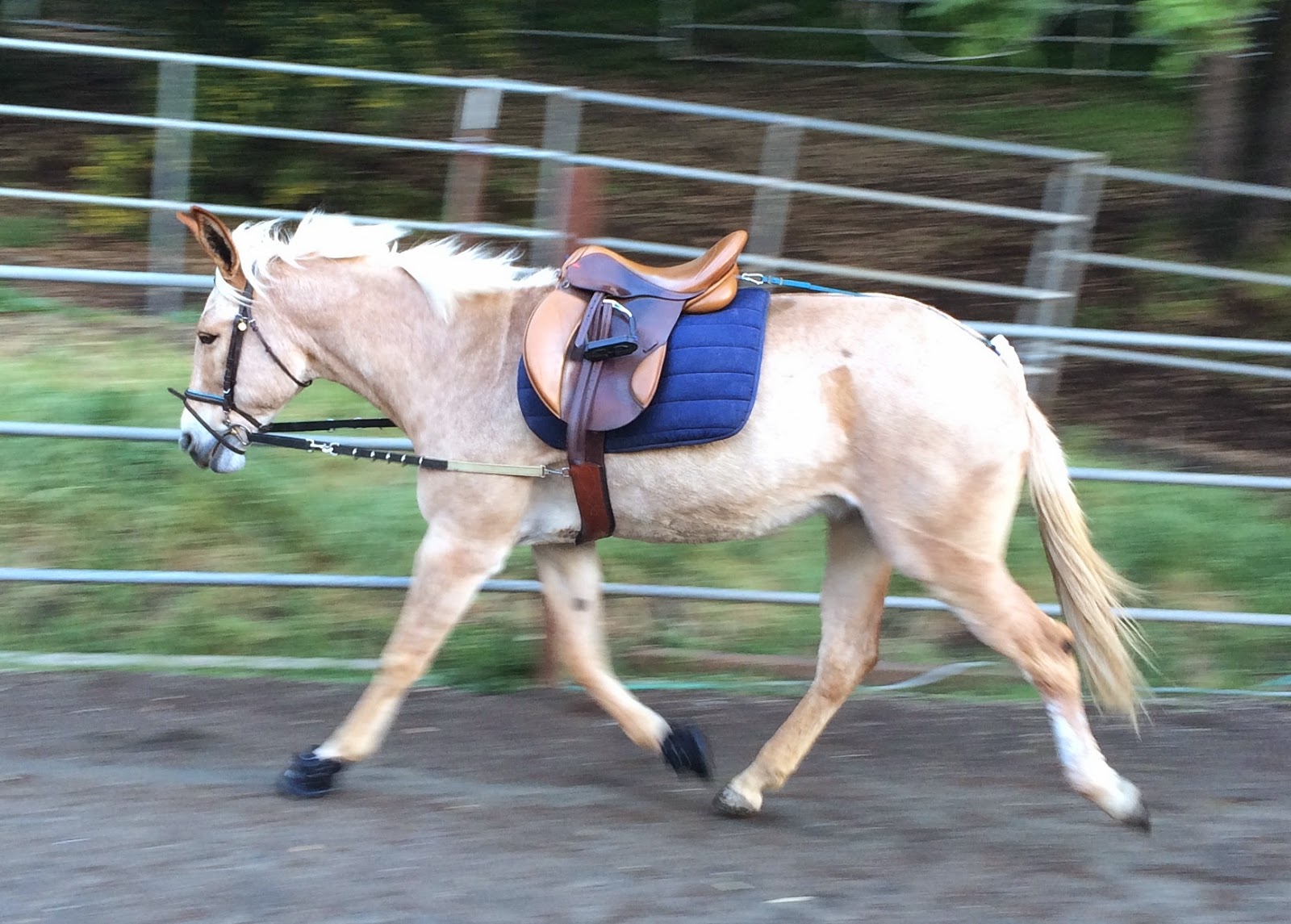 Then I hopped on and experimented with recording myself using my cell phone since my husband was at a work event. I only got one short video before it started to rain, so I didn’t get to play with any settings. I realize this shot is terrible from a photography perspective, but I love how Nilla is going. I’ve started working on asking her to go on the bit and lower her head – you know be a horse and not a llama. We’re having moments of success and it’s lovely. 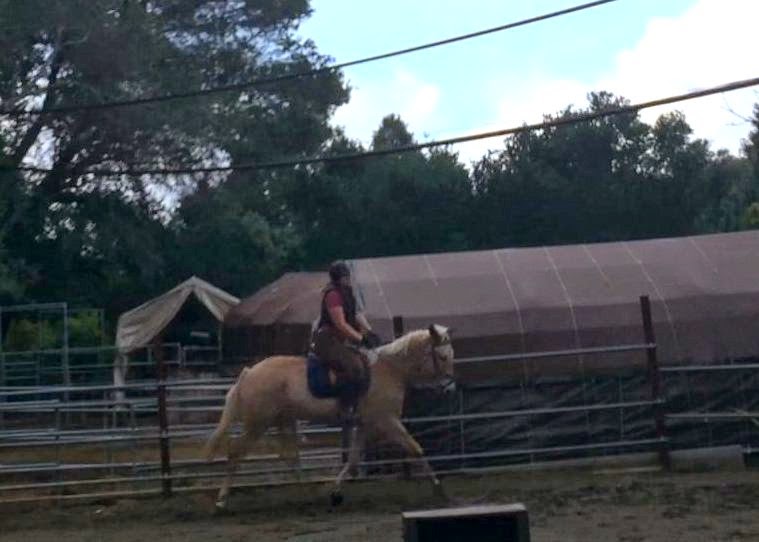 And then it started sprinkling so I got off and put Nilla in her stall to start untacking her. I’m really glad I got off when I did because within a minute, it was pouring rain. So much so that I got soaked just walking back and forth to make up their food and put grooming equipment away. Of course, the rain stopped about 10 minutes later. But at that point I was off to my next task.

As I said, I have a million things to do so I threw a bunch of saddle pads and polos and bandage wraps into the car and took them to the laundromat. I don’t like to put horse items into our personal washer and dryer so I go and infect public ones with horse hair. I do hate washing polos no matter what machine I use. They form these gordian knots that only get worse as you try to unravel them. I’m sure there’s some magic polo washing trick, but I think the last time I washed these was 2 years ago so I’ve never bothered to look it up. 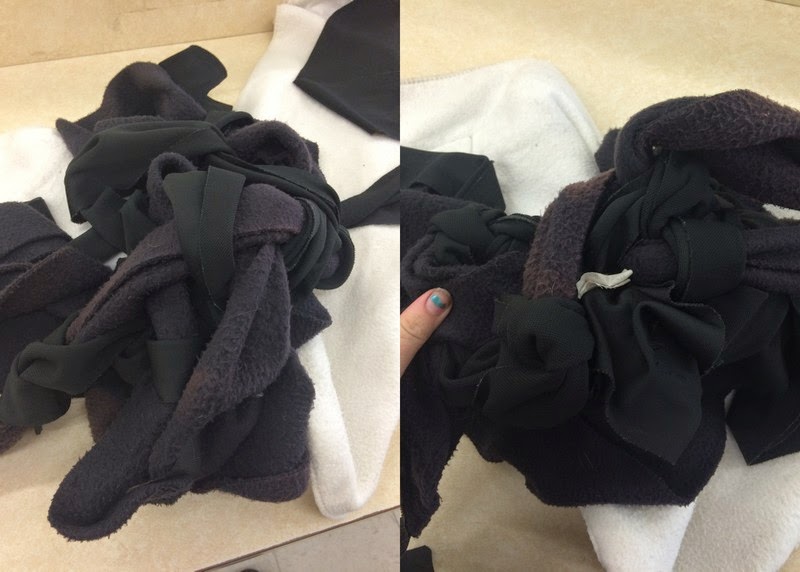 Nonetheless, I got the laundry done and then went to Target to buy stuff to organize the trailer a bit. Now I just need to go to work, go to a lesson after work, go to fencing class after the lesson (I may skip this), clean all my tack, go grocery shopping, pack clothes and food for humans, and food and tack for horses, contain my panic about driving the trailer by myself, load everything, install a trailer cam so I can back the truck up to the trailer by myself, check and fill the trailer’s tires, and then drive to this clinic by myself. I also need time to eat an entire bag of post-Easter clearance candy as stress relief.

I may go (even more) insane…

4 thoughts on “Getting things done”