I’ve been playing Pokemon Go for a week and a half now. I never played Pokemon before and don’t have an nostalgic connection to the game, but I do have a compulsive gaming personality and like collecting adorable animals. Since my husband insists that I not collect actual animals, this game works well for me.

I’ve been jealous of other horse bloggers catching Pokemon at their barns. Unfortunately, my barn does not have cell phone signal. It’s like living in the stone age. No electricity, no cell service, no food, plague, saber tooth tigers. Some of those things may or may not be real.

Last week, I discovered that there is enough cell service at the park next to the barn to hunt for Pokemon while riding there. 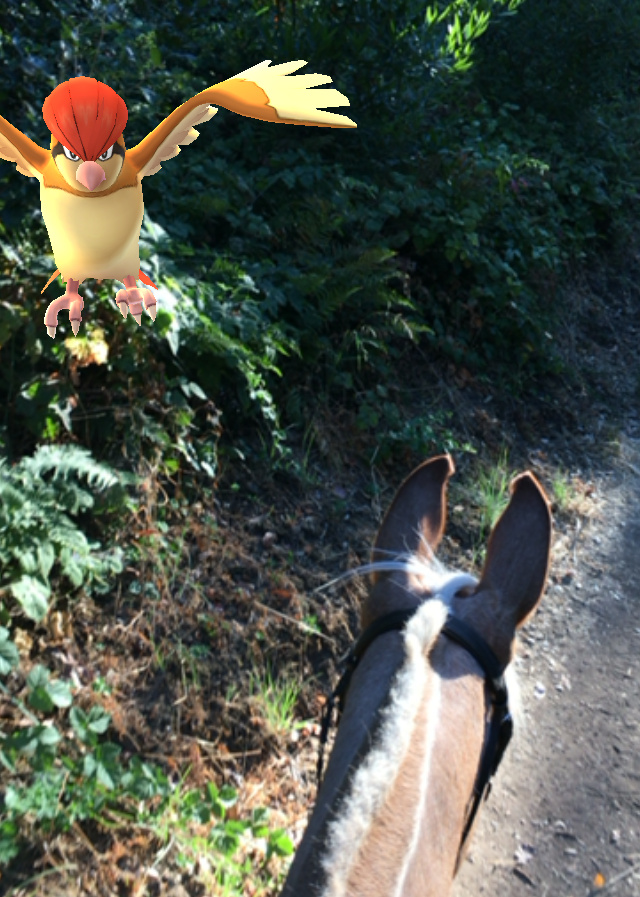 I do occasionally look up to enjoy the view. 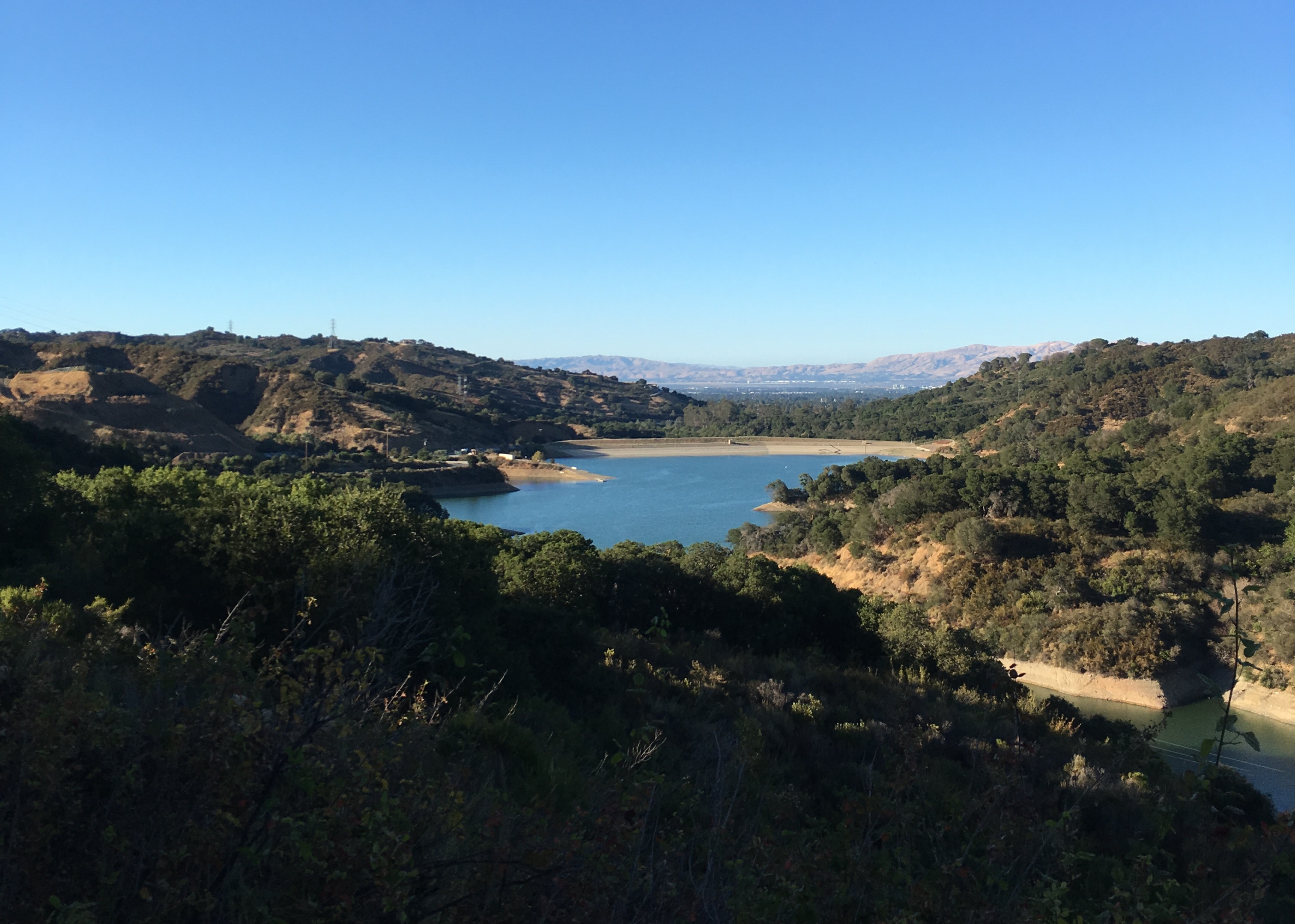 Thankfully, Nilla likes Pokemon hunting. She gets to meander slowly along the trail without me asking her to really do anything. And we stop at the winery for me to get off and collect a few pokestops. She gets to eat grass while I do so. 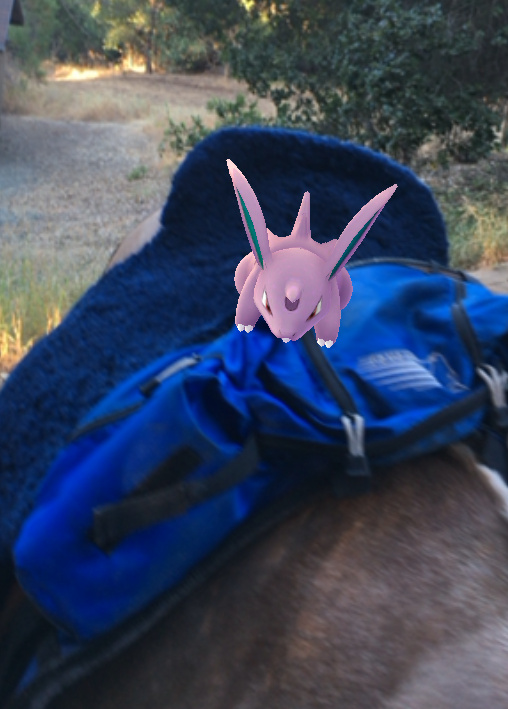 I returned to find this Nidoran hitching a ride

The park is lousy with Nidoran, which is great as I need a ton of them. The other night we even spotted this real life Nidoran. I tried to convince my husband I should catch it, but he made the point that it was probably rabid or at least sick, if it was just sitting on the trail in daylight and not moving for horses. 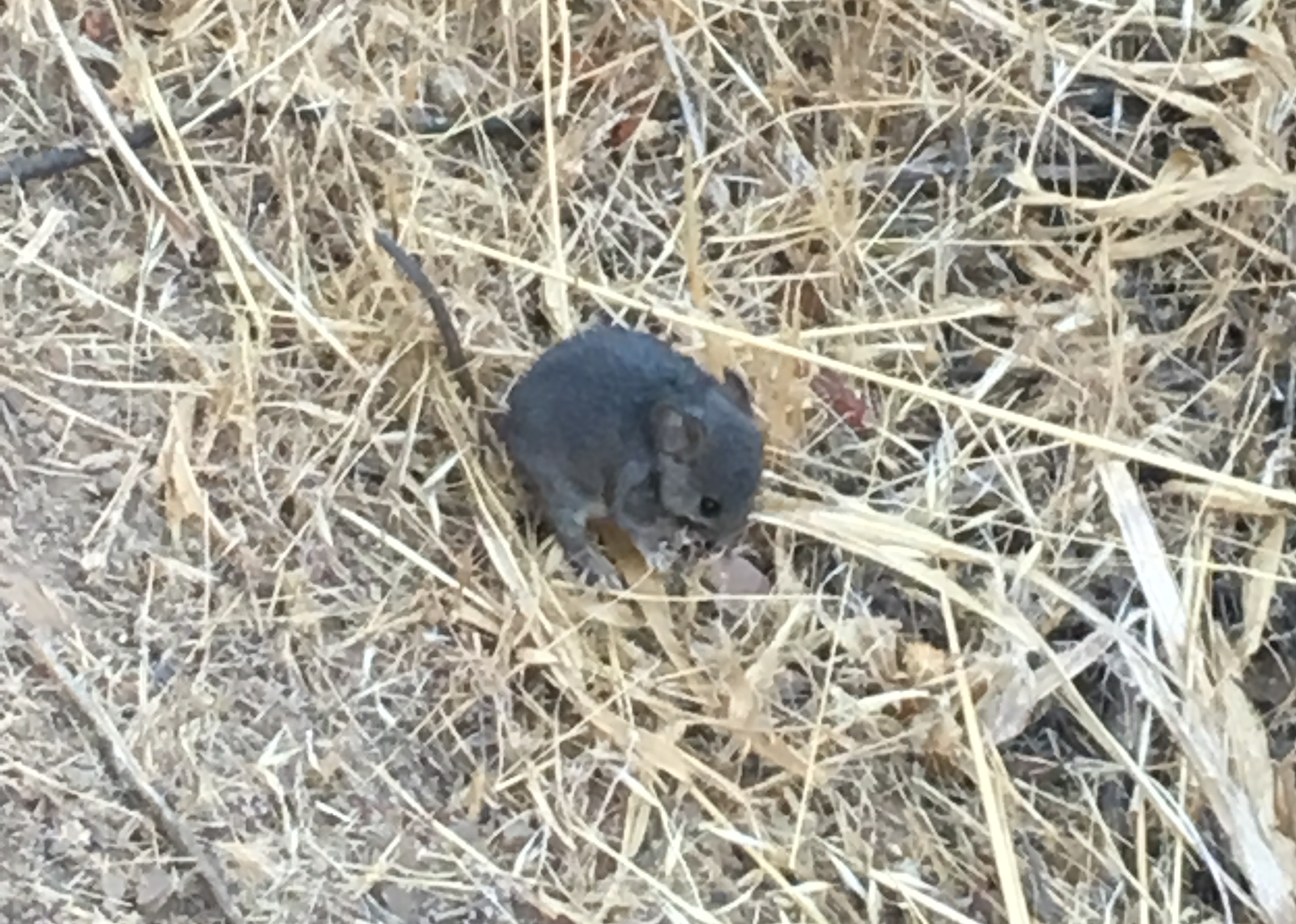 I also caught a ton of Pokemon at the Dover Tent sale this weekend. I don’t know why, but the game has decided that Moraga, CA, which is essentially a grassy desert, with no lakes or even streams nearby, was a water area, so I caught a bunch of fish Pokemon. I’ve never been a huge fan of Dover. Their prices are really high and their shipping rates suck. But I wanted to get a pair of full-seats for the show and figured we’d check out the sale. Definitely should have avoided. I ended up buying so much stuff. It was all cheap and all stuff I’ll eventually use (like vet wrap for <$1), but still. My husband also tried on tall boots and decided to get them. I was going to order them from my favorite Riding Warehouse, but they appear to be clearing out men’s tall boots and only had 2 sizes available (on sale if anyone is looking). We weren’t going to get them cheaper elsewhere, so he picked those up. 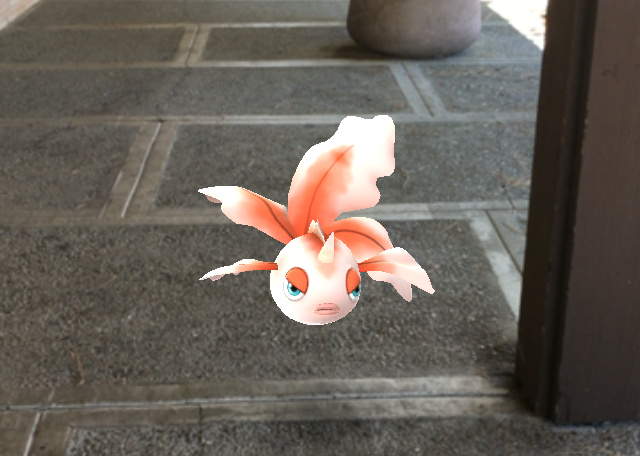 What I got at Dover

Pokemon is great even when I’m not riding. Before I did the ride to the park, I had already walked 36+ km hunting Pokemon. I end up taking my dogs for lengthy walks and walking around with my husband and friends. It’s the most non riding exercise I’ve gotten in a long time.

Is anyone else playing Pokemon while riding? Or while not riding?