Last Friday we packed up Eugene and Levi and drove over to Grant Ranch for a weekend of horse camping. We battled intense traffic, but took advantage of the fact that technically there were two of us in the truck and thus we qualified for the carpool lane even if we were hauling a horse trailer. We managed to get up to the campground early enough to do a short ride before sunset. However, as soon as we trotted, Eugene was limping.

I couldn’t really tell while on the trail, but I was guessing it was just his stifle so we finished our <30 minute ride, but stuck to just walking. Back at the campground I had my husband trot him back and forth for me and confirmed he did look off, but I wasn’t sure where. We put them away for the night and figured we’d see how he looked the next day. 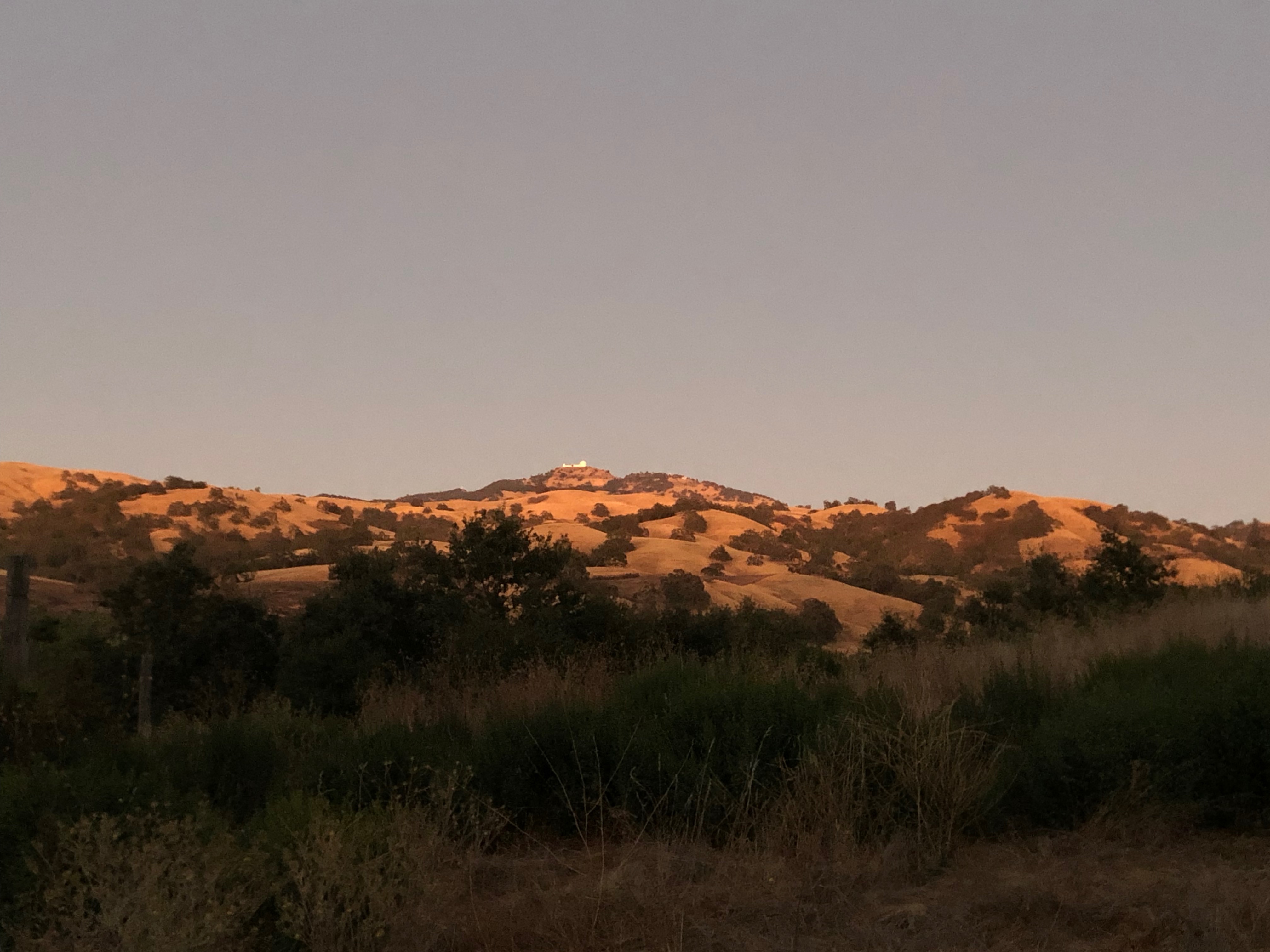 Golden Hills of California at Sunset

A friend came up to join us for the night and we had a good time spotting the bats coming out at dusk, eating chili, making s’mores, and then watching a movie in the truck when it got cold enough that even the fire wasn’t keeping us warm. The next morning we had chocolate chip pancakes and then took the dogs for a walk.

When we got back, I had my husband trot Eugene. Even just walking out of his corral, he looked lame. Our friend was like, “I don’t know anything about horses, but he looks off.” Frick. So we abandoned any  riding and just enjoy our campground for the weekend. Our friend had to head back to civilization after lunch and we took the horses out to clean their stalls. My husband poked and prodded Eugene’s legs until he found the source of the pain: 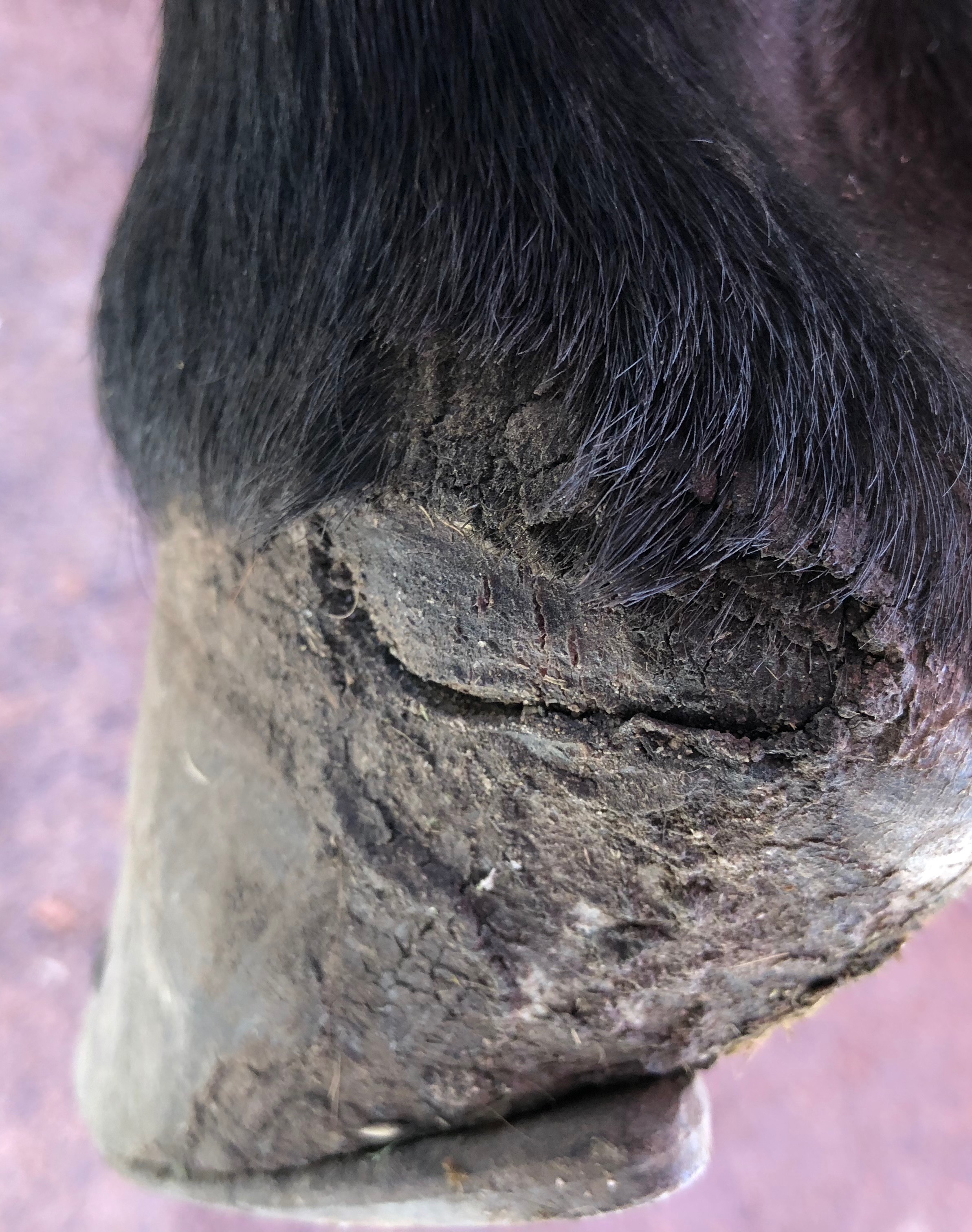 A big freaking abscess. My husband never been through an abscess before and was initially concerned, but I quickly explained that an abscess is basically the best answer. Every equestrian knows you want the reason for lameness to be an abscess. Although this one’s on the coronet band so it’s a little sensitive even after it popped, he was sound enough for his lesson on Monday. He just got to ruin our camping trip.

There was a lot of mutual grooming going on this weekend. #horsesofinstagram #blmmustang #horselife

Honestly, I think he ruined his own camping trip. Eugene loves being out on the trails. The boys were both a bit bored just hanging around in the corrals all Saturday. They did do a lot of grooming. And they watched the wildlife with us. The horse campground was right across the road from the wild boar’s wallow. We saw them all weekend long crossing the road and passing by the campground. There were a bunch of babies, which were really cute and fun to watch.

I love pigs and baby pigs are the best. My favorite was the little runt. It was so tiny I’m not sure how it was still alive. It’s actually so small that it looks like it could be a baby of the other babies. We didn’t get to close and only had our cell phones, but here’s a zoomed in crop where you can see the little runt on the far left. You can also see it in the video. 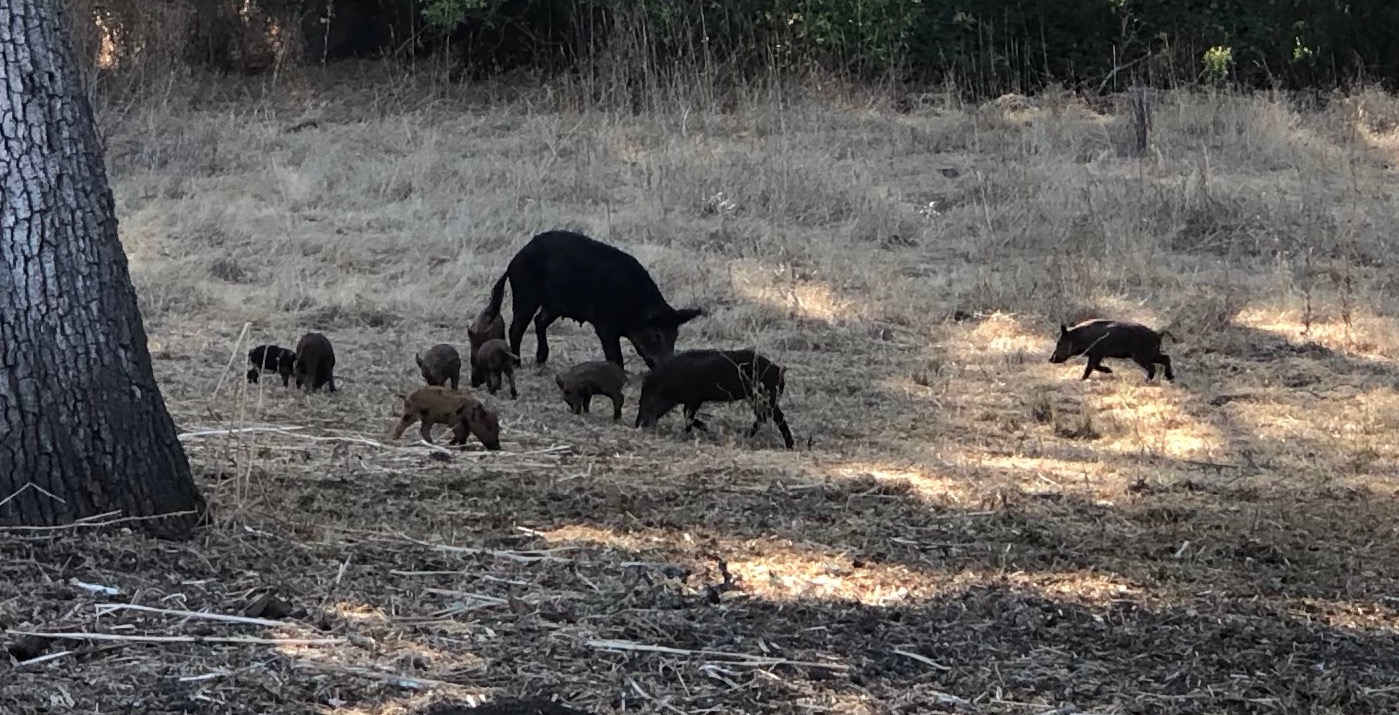 I tried to convince my husband he should catch the runt and we would raise it like Wilbur, but he somehow didn’t think that was a good plan. I guess one of us has to be sane.

On Saturday night the campground had a star party where volunteers came in and set up telescopes so that campers can come and see various stars and planets. We got to see some distant galaxies, star clusters, and my favorite, Saturn. It’s really a very cool event. After star-gazing, we had more s’mores and then hung around the fire. 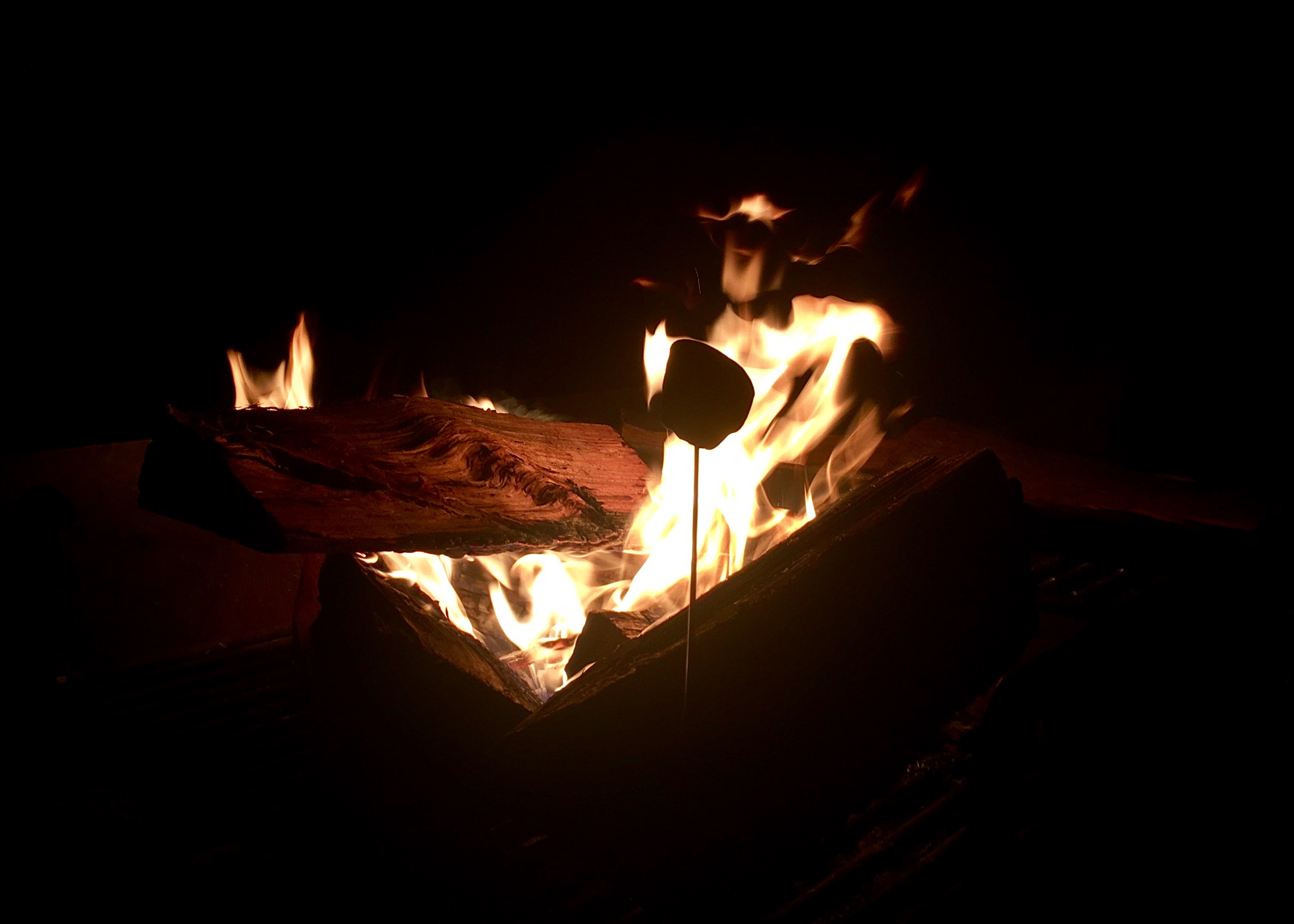 Although it obviously would have been more fun to ride, we still had a good time camping. It’s nice to get away from it all and just relax. Especially with all the shows we’ve been going to recently, relaxation hasn’t really been on the agenda. I do hope we can get in a horse camping trip sometime this year.