Th drive back home from Orick was 6 hours without a trailer and 7-7.5 with one. Since driving in the Bay Area is a nightmare after 2-3 pm on weekdays we could either leave at 6 in the morning or try to hit the bay area after 8pm. We decided to drive a few hours south to Humboldt Redwoods, do a quick and easy ride, and then get back on the road to home.

There’s a nice horse campground at this park called Cuneo Creek Horse Campground. There’s even an AERC ride run out of that  campground, so we figured we’d park there and do a short ride. Well, the campground might be great, but the drive to get to it is a nightmare. The road is in terrible condition, with tire-eating potholes all over it. It also winds through huge redwoods that in most places are so close to each other that the road is one way and the turn-outs are only designed for small cars. We were both so ready to get off this road that we pulled into the regular campground and parked there just to not have to drive any further on that road.

Once parked, we tacked up and reviewed the map. There was a loop that looked like it would be about 4-5 miles, so we head out on that. Leaving the campground we met some other riders who had ridden over from the horse campground. Then we crossed a creek and the ponies got a chance to drink. 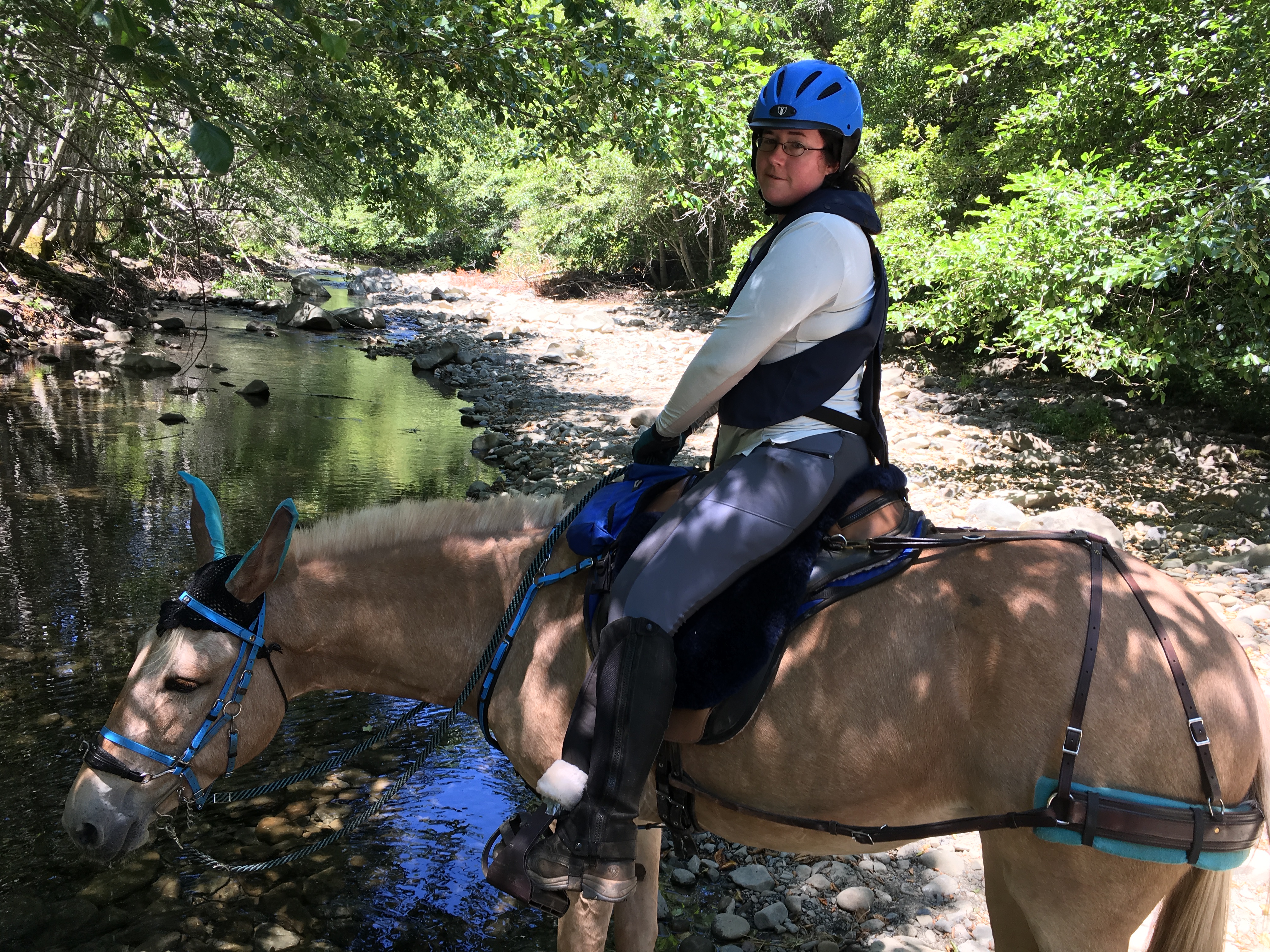 We actually ended up crossing the creek a few more times, which was nice from a hydration standpoint. 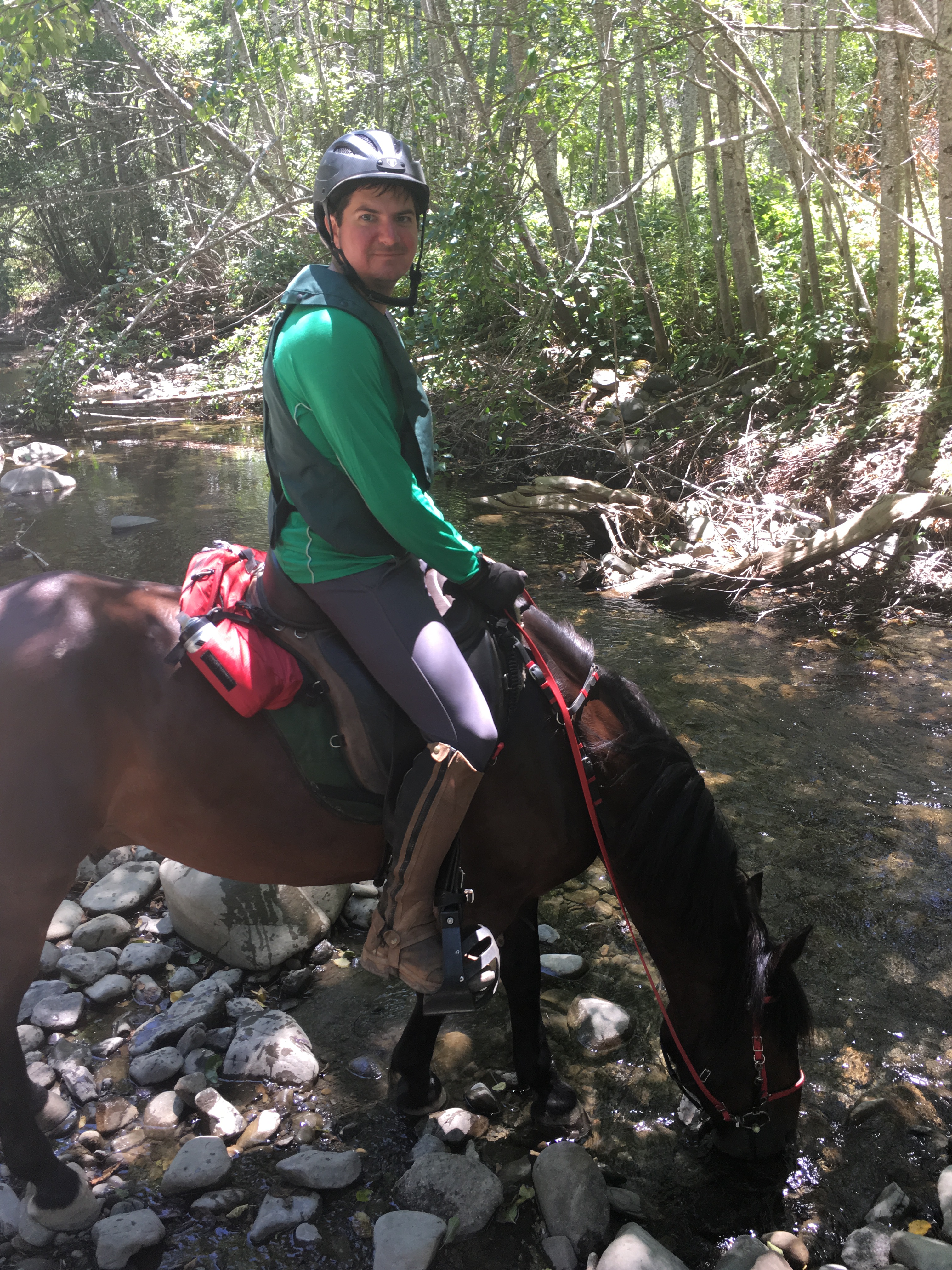 About 2 miles in, my husband thought it would be a good idea to hold his jammed water bottle out next to Eugene and squeeze it. The resulting noise and burst of water was terrifying and Eugene predictably took off bucking to get away from the demon attacking him. My husband fell off activating his vest. My first question was not, “are you okay”, but “what were you thinking?” Wife of the year award here, please. I told him later if I was trying to think of a way to spook him (in order to work on spooking or something) that would be pretty high on my list.

He got to do the rest of the ride with an inflated vest. 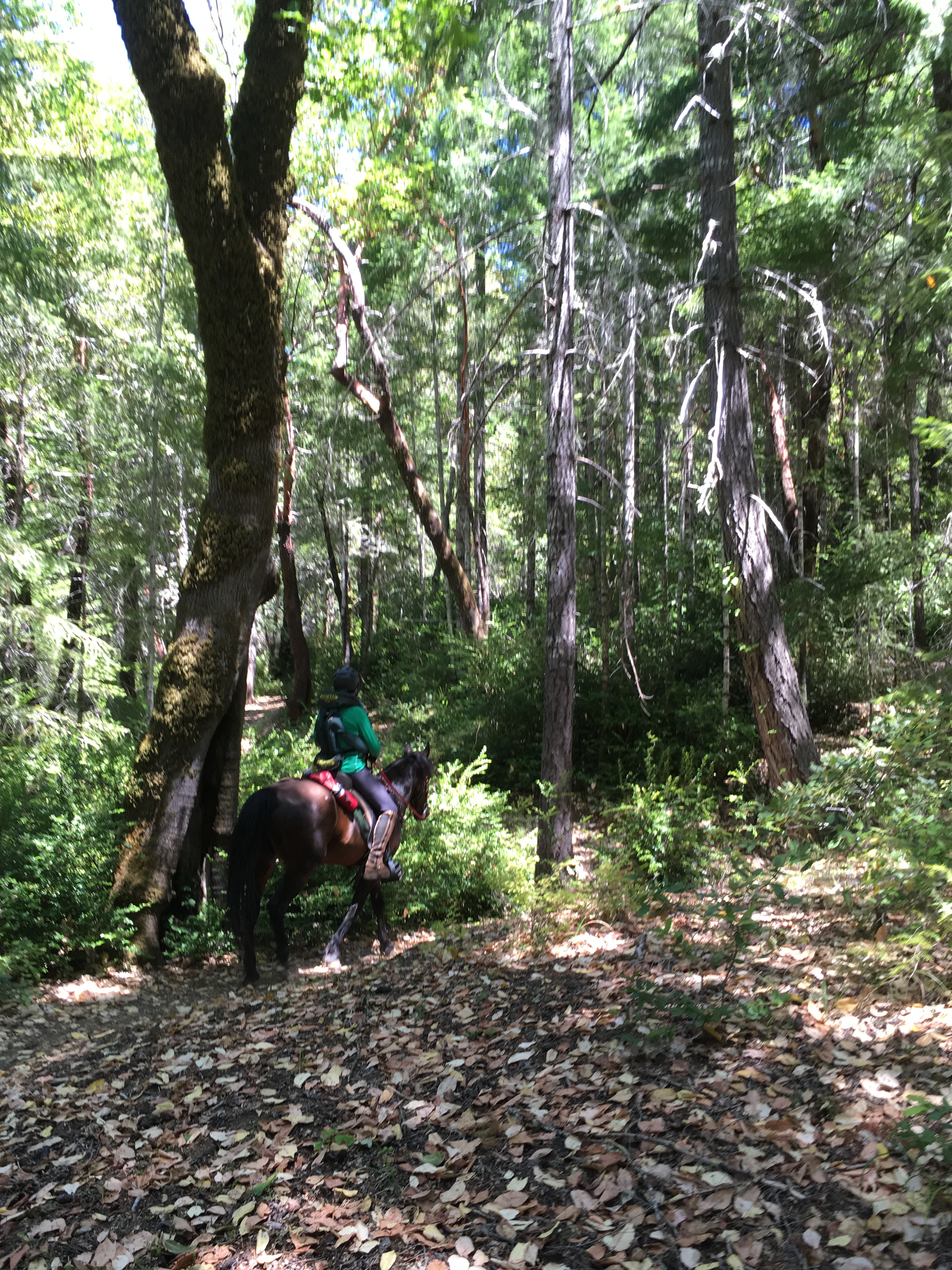 The ride ended up being a lot longer than we thought it would. As we started to go down hill at mile 5, Nilla started taking some off steps. One of her shoes had been hanging on on one side by only one nail. So I hopped off and sure enough, the other nail had pulled loose, so the shoe was only on by the nails on the one side. As a flexible Easyshoe, it was flopping around. I ended up walking the next almost 4 miles. Thankfully it was all downhill. I like hiking well enough so long as I don’t have to hike up hills although my riding boots aren’t the most comfortable for hiking.

We ended up going 8.7 miles and doing them pretty slowly since I was on foot for almost half of it. 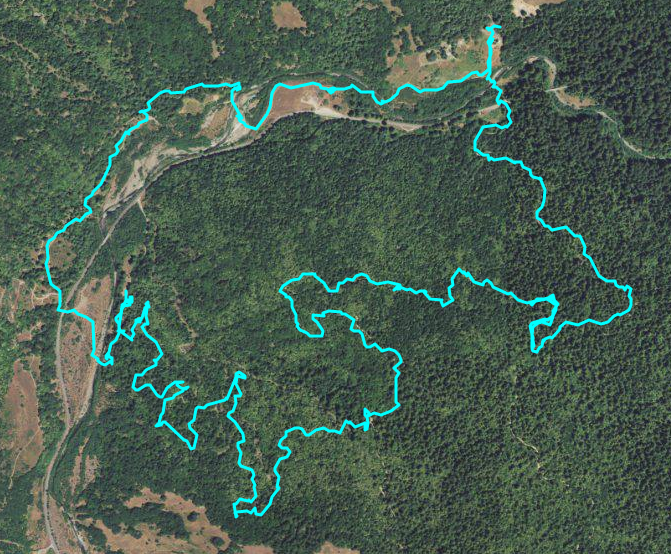 After that it was back on the road for a long trip home. We stopped a few times. once for gas and then once for dinner where the ponies also got beet pulp. 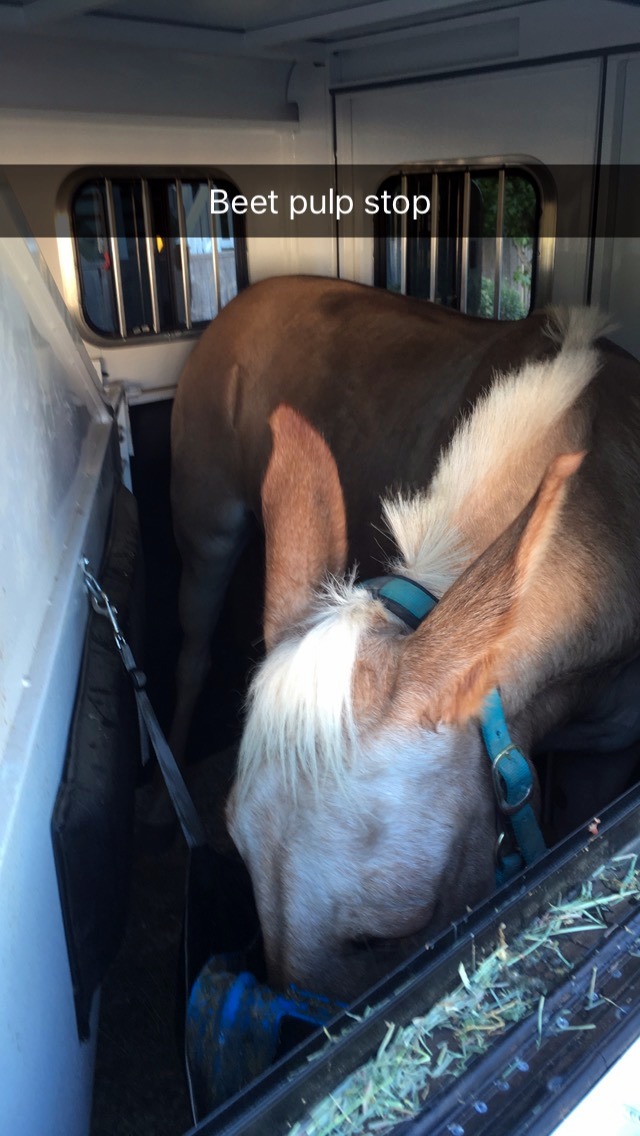 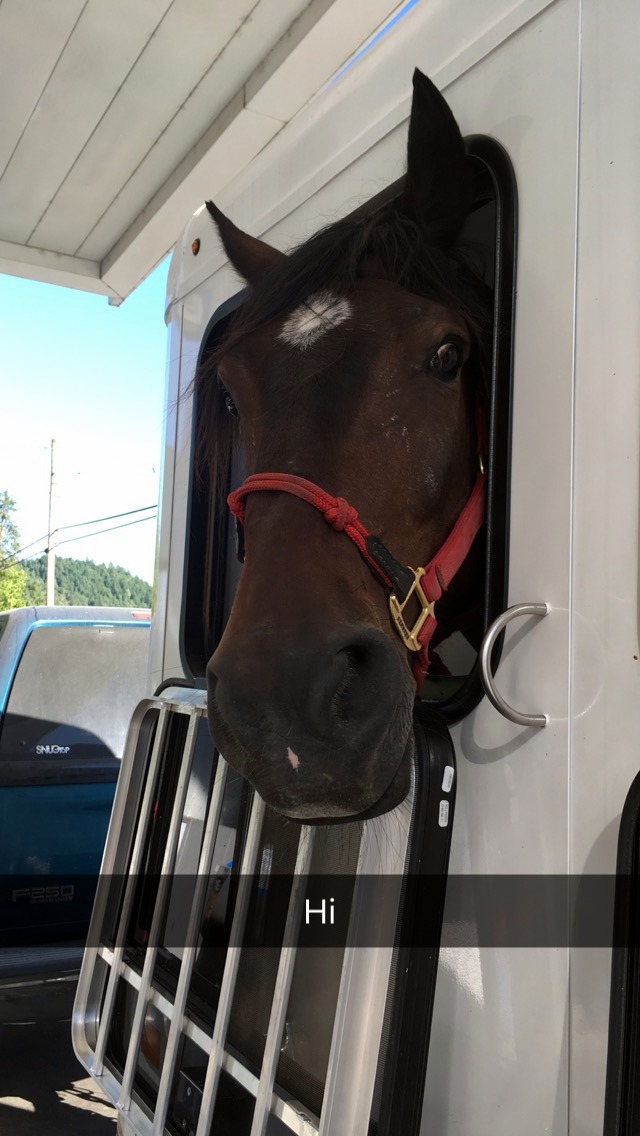 We ended up driving over the Golden Gate Bridge and then through San Francisco at almost 10 at night. We finally arrived at the barn around 11, unloaded the ponies, fed them again, and then went home to collapse. It was truly an exhausting trip, but well worth it. I’m hoping we can get back to Cuneo for the endurance ride in September. If not, maybe we’ll just go camping there on our own. There are other parts of the park I’d really like to explore.