As much as I knew dressage wasn’t going to go well, I figured Stadium would be our real challenge. Levi has only recently decided that he likes jumping and he still really likes to stop at new jumps. Camelot also has really adorably decorated jumps. Which are awesome and fun and I love them, but I thought they might cause Levi to put on the brakes. 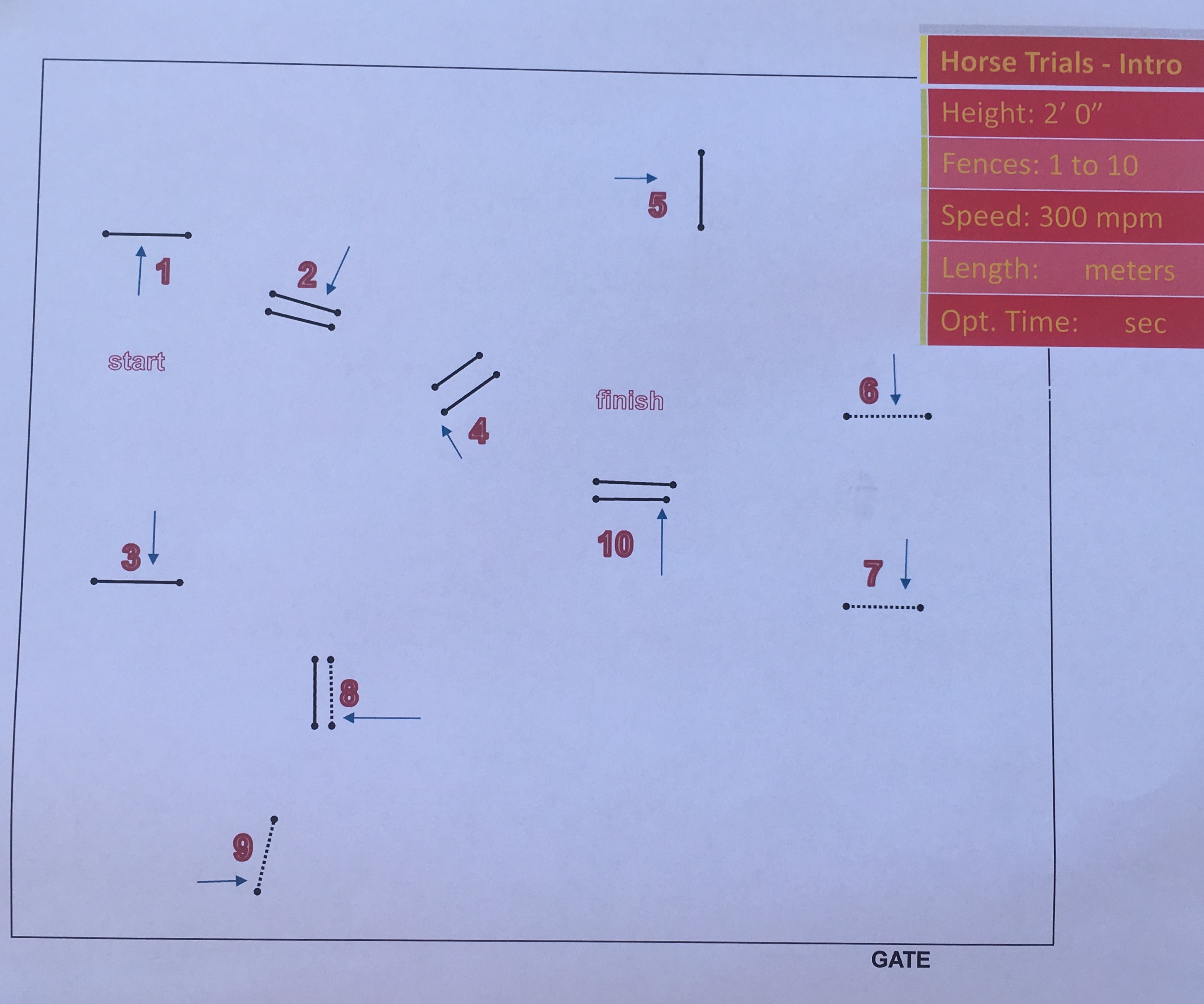 There weren’t any hard turns, but it was a long course with only a few places to make up time and those opportunities would be way too hard for us. Before the weekend began, I had assumed that I’d be in last going into Stadium. Being in second place gave me something to lose and that made me a little nervous. 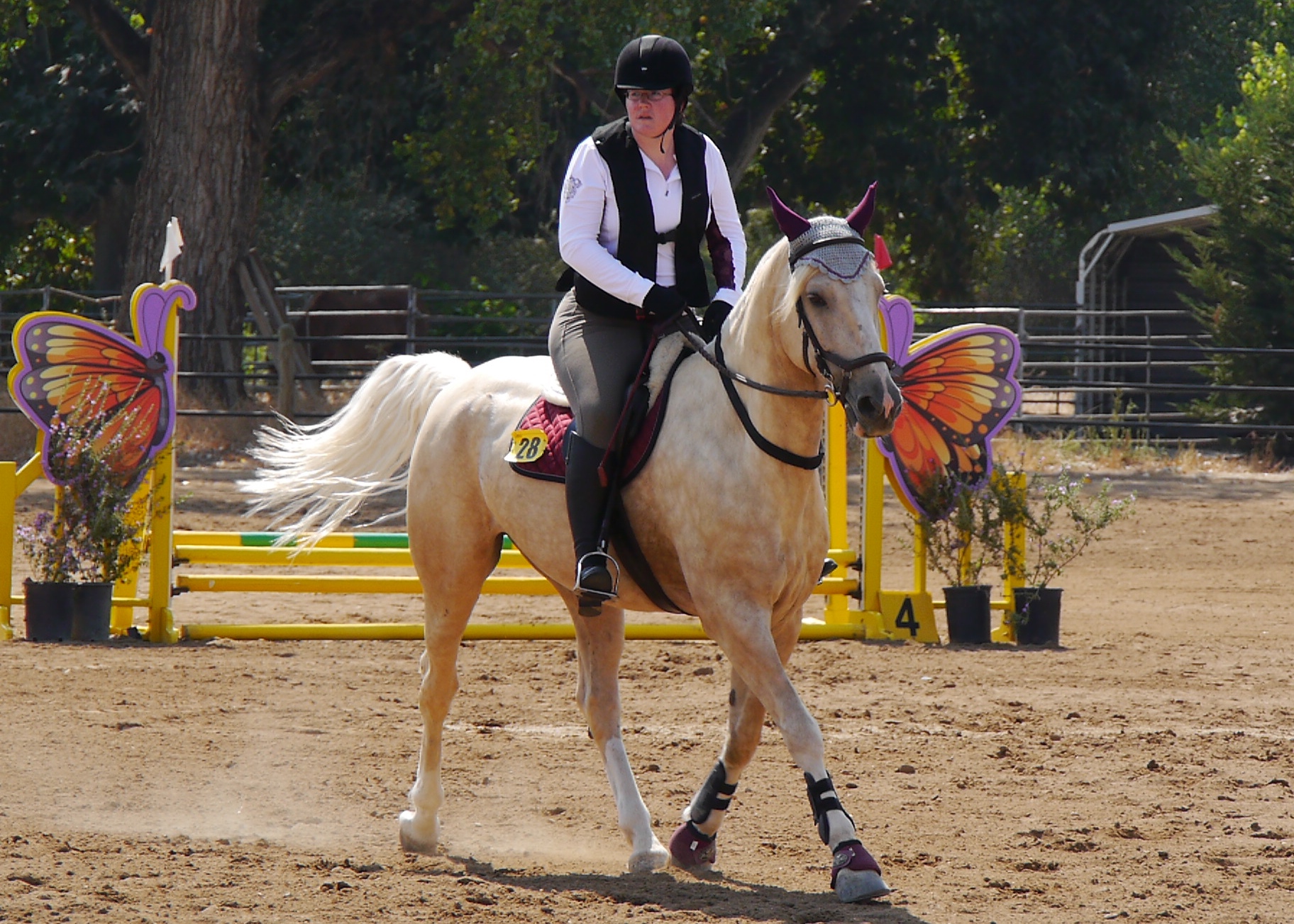 We did a bit of warm up and then I went over to the stadium arena. While they had been running on time, the Junior Intro division was running late and we ended up standing around longer than I had initial planned. Levi was a little fidgety, but he was mostly good. He even posed for a blogger group photo. 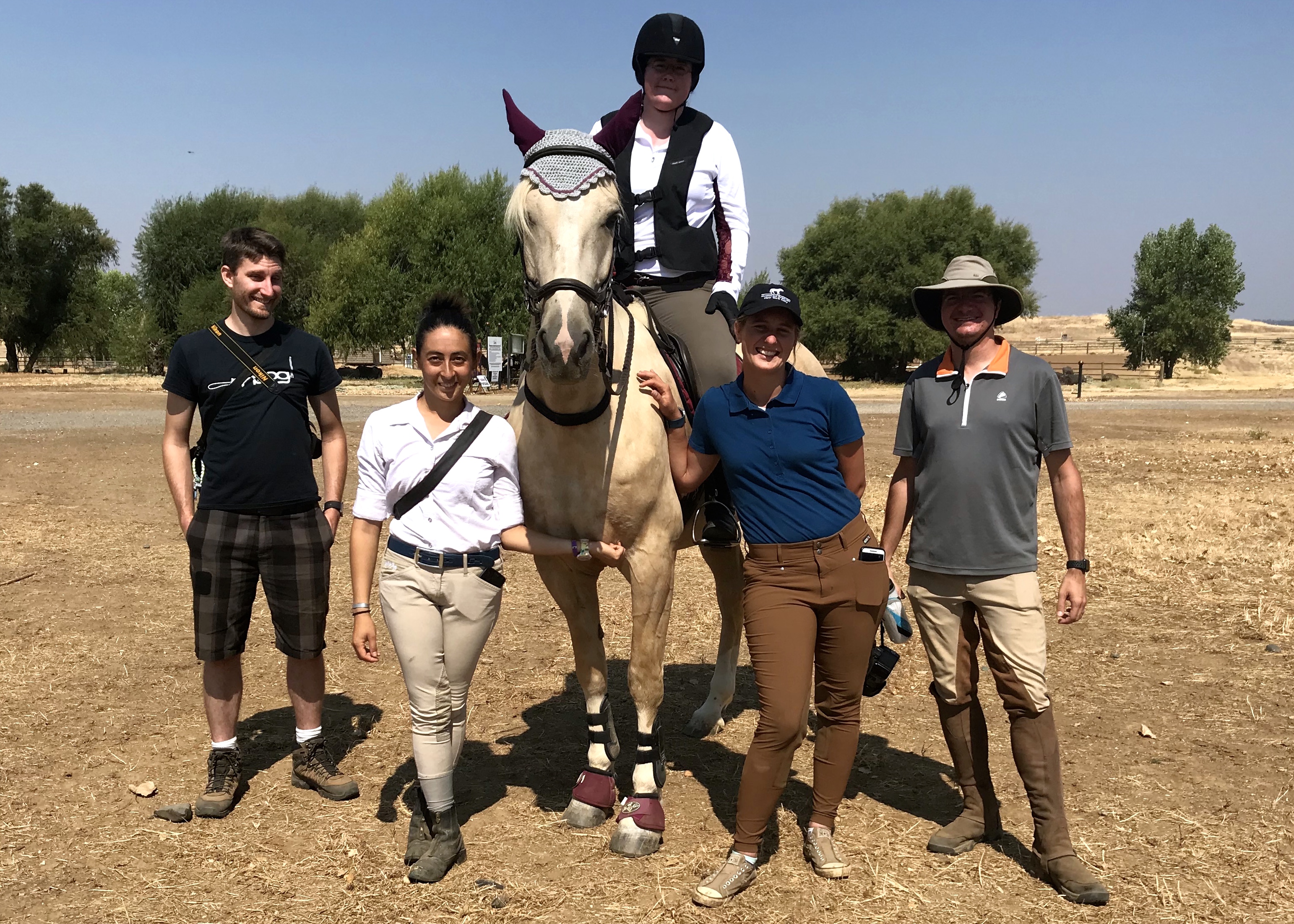 As soon as we got in the ring, I trotted him around especially getting him near the potentially scary shark jump. And he was definitely backed off. They rang the bell and I tried to get him to canter to jump 1 and he was like, omg, I’ve never seen a jump before and we should run away.

But I knew my husband and Kate would give me shit if I took my leg off so I dug in, smacked him a few times and forced him over. Awkwardly.

Thank cod it was small. We proceeded to speed trot around to #2 as he was spazzing out. Our approach was awkward, but man is he a nice jumper. 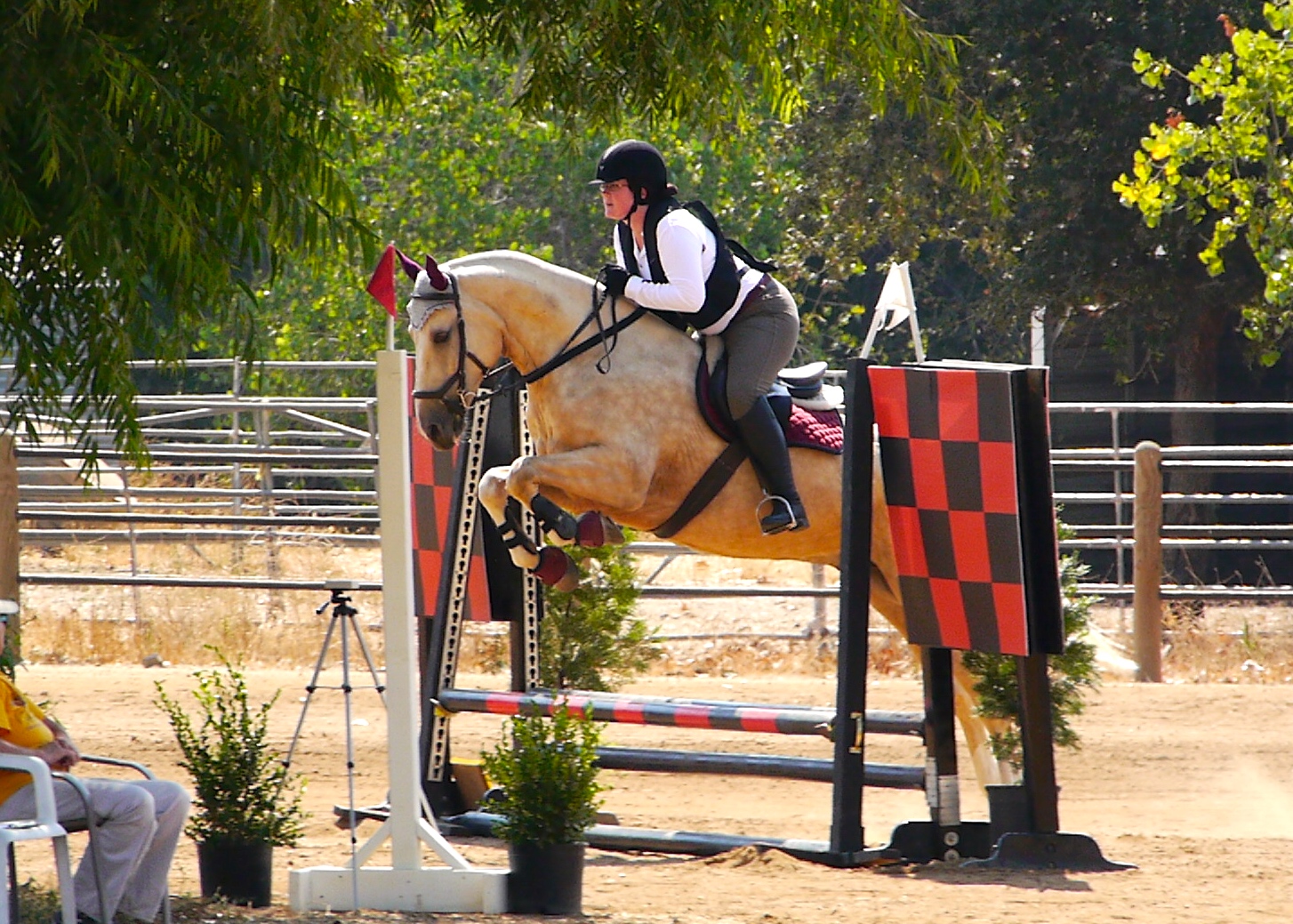 Our approach to #3 was so bad it was complete with a near sliding stop.

But he went over the jump. Which is the important part. 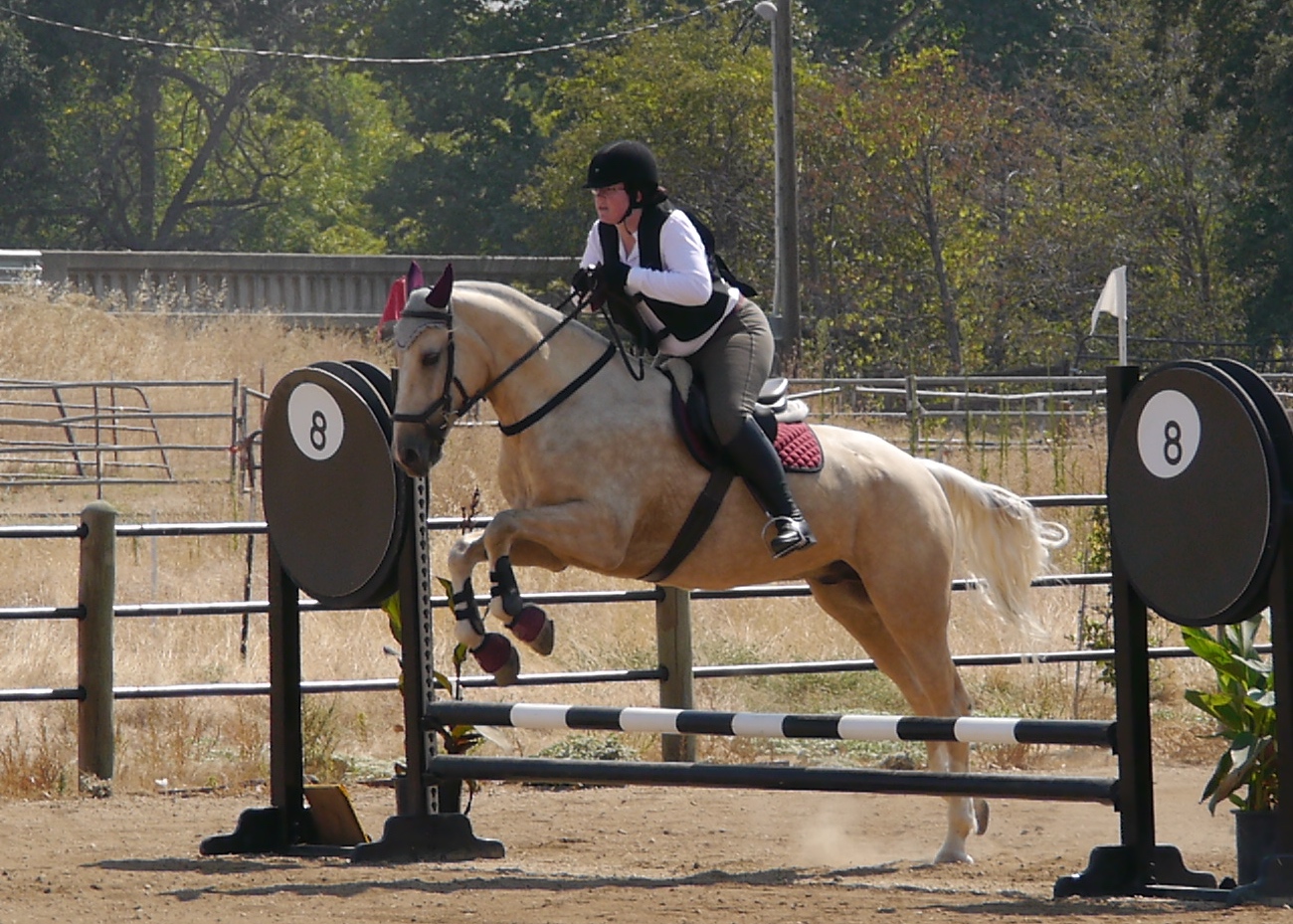 He landed off of 3 with some actual forward momentum and got lots of pats for being a good boy.

He remained wiggly AF for #4 including landing and diving off to the right even though we needed to go straight before turning for the 5th jump. #5 needed some serious staring at (according to him, not me), but he went over it like the good boy that he is. 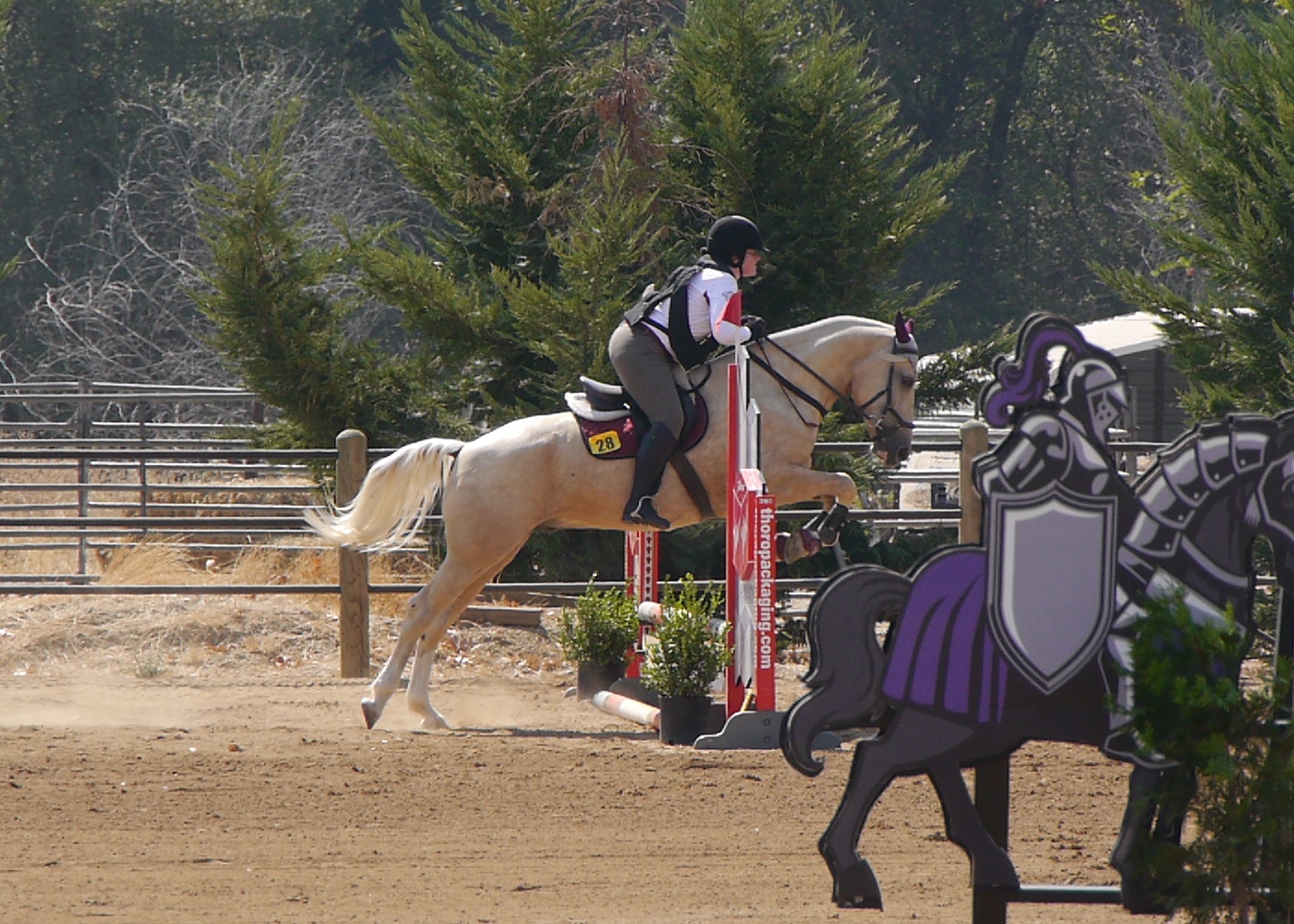 #6 and #7 were a line and he spent every stride of it trying to wiggle his way out, but I just kept my legs on, tried to keep him between my hands and pointed him at the jumps.

He might be wiggly between the jumps, but he sure looks good going over over them.

He was finally getting into the whole jumping thing at this point and cantered right around to #8 (the scary shark jump) without a care. Around the turn to #9 and he popped right over like it was nothing. 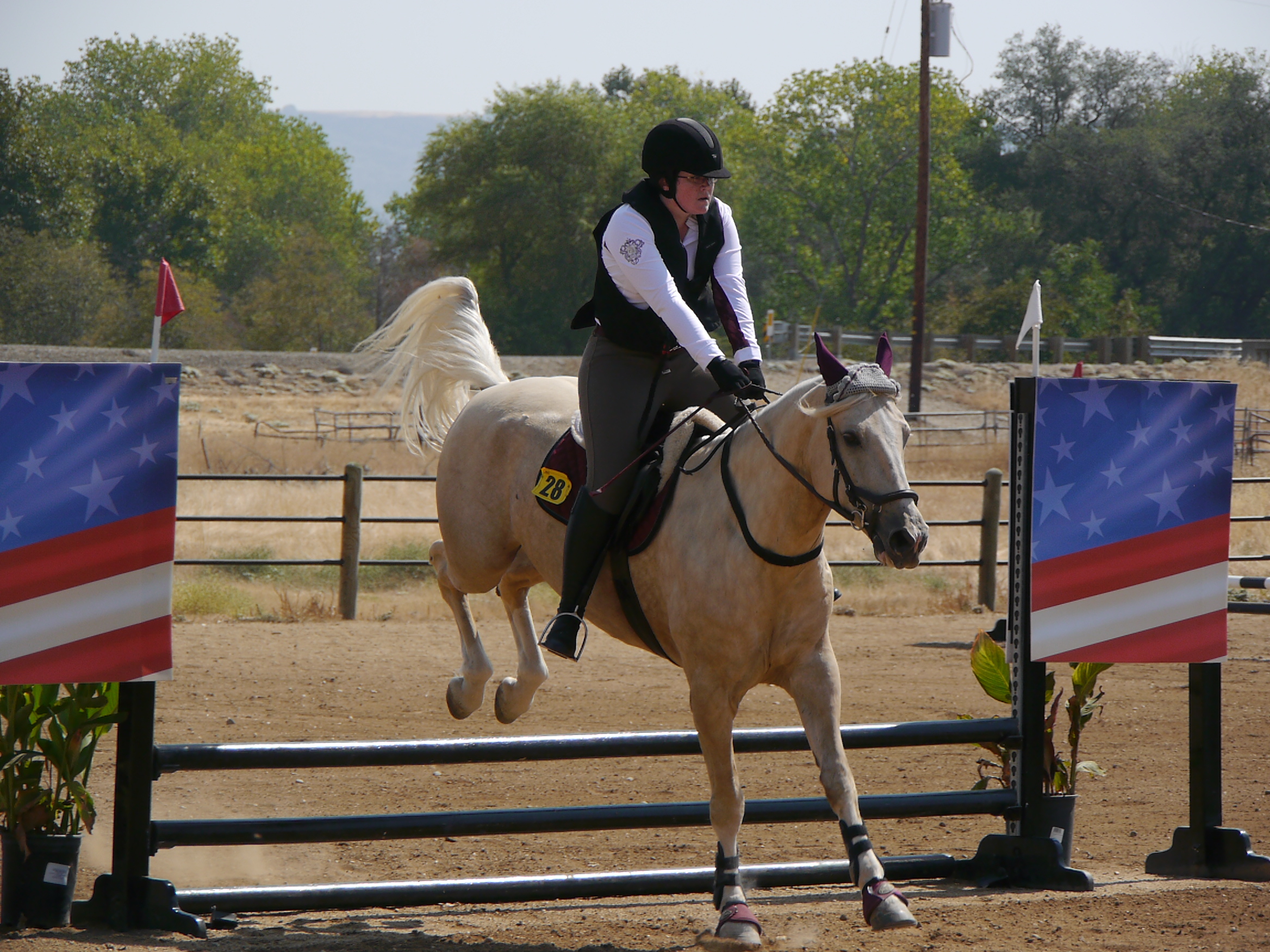 He jumped over #10 without a wiggle and we were across the line for lots of pats and praise. He’s such a good boy. Although we thought the announcer pronounced me double clear, I ended up getting 4 time penalty point when I looked at the scores online. Which totally makes sense given how much wiggling and trotting we did. I didn’t really care though. I was just happy we’d gone clear. The girl in first ended up getting eliminated for having 3 refusals at #5 and the girl in third had a rail so she stayed beneath me in the placings. And that’s how Levi won his first 2 day event. 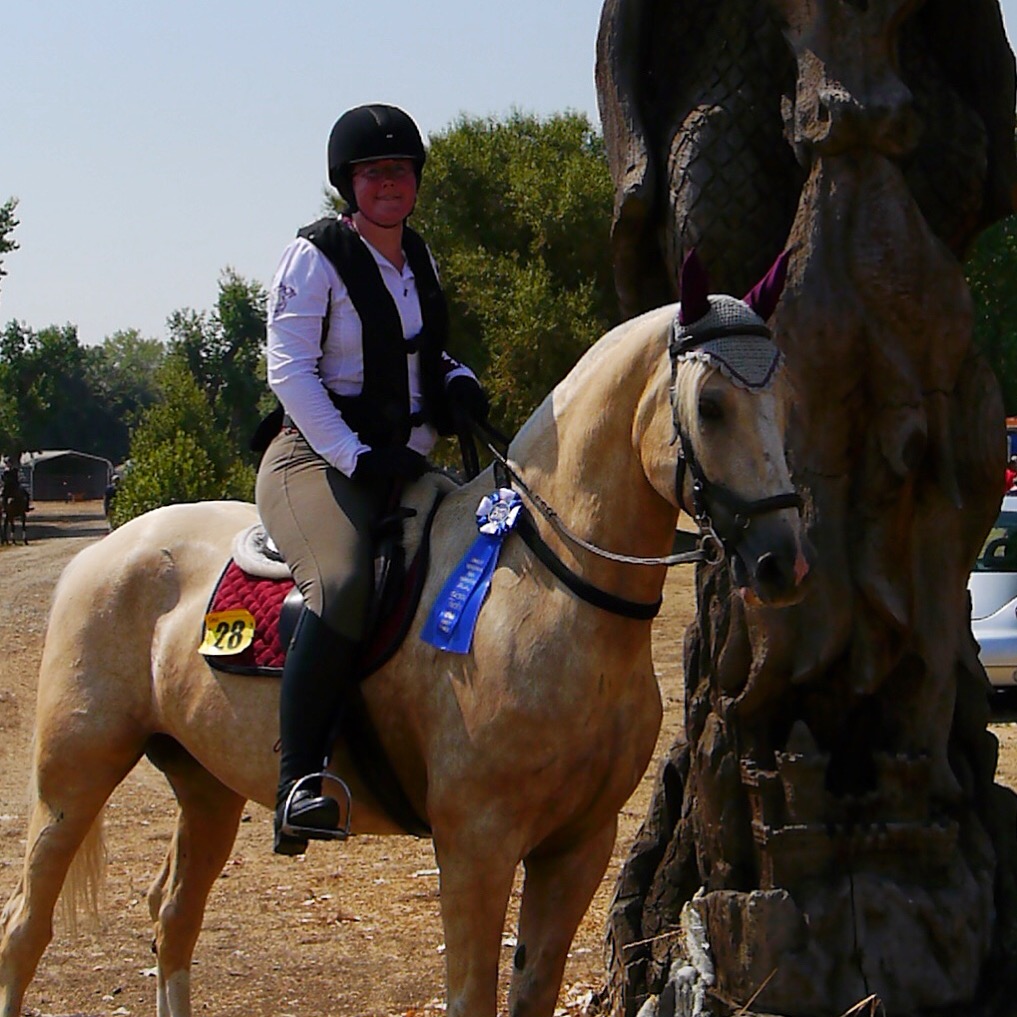 They pinned the Junior and Open divisions together and once we all had our ribbons we got to do the victory gallop. I was a little apprehensive that Levi would lose his mind since he got so excited at schooling when other horses moved, but he kept it together for the gallop. 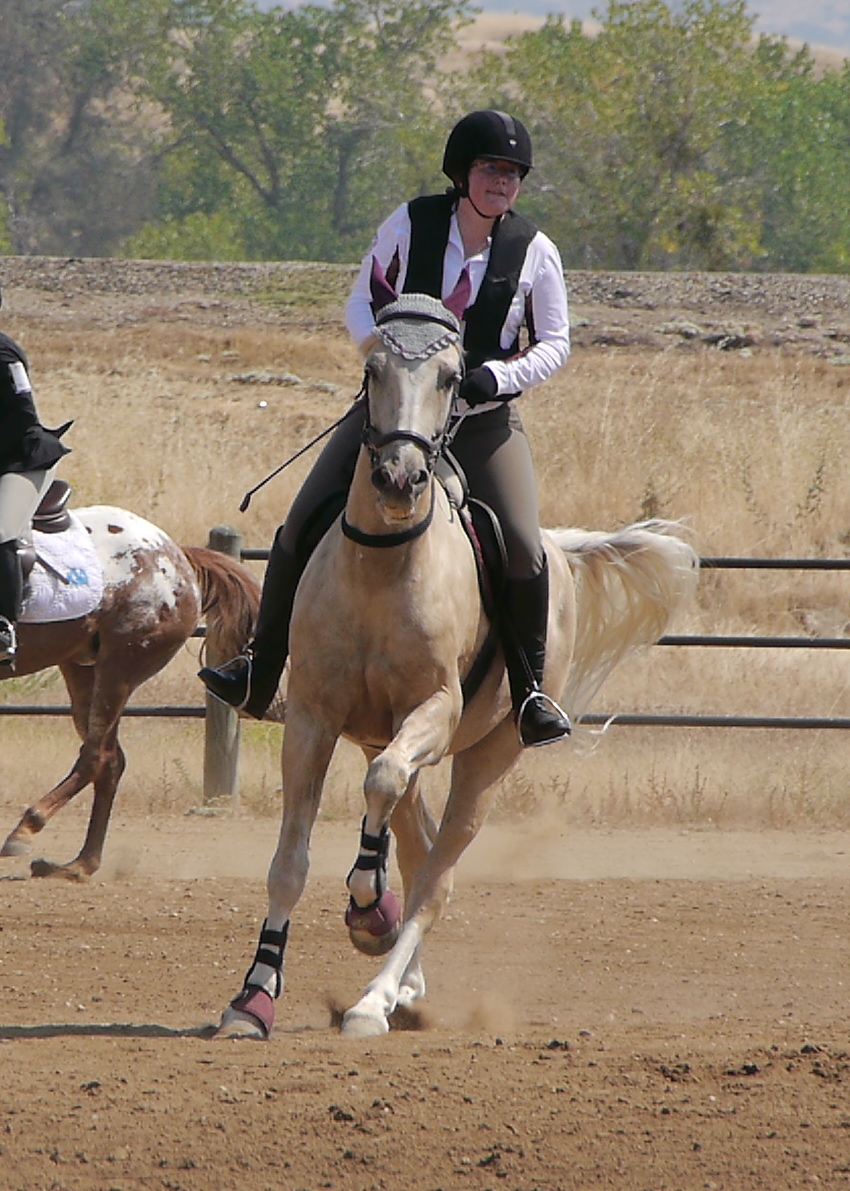 I’m very impressed with this Levi. Not about the ribbon, although that’s an awesome addition and we got prizes for winning first. I’m impressed with him for being such a good boy. He’s still young and dumb and needs a lot of experience. But he tries so hard. And he really seems to have decided that he loves jumping, especially cross country. He’s just so much fun to ride. I’m really looking forward to continuing to work with him.