Here in CA it just keeps on raining. I used to like rain… back before I owned horses who lived outside at a barn without an indoor. Now I dread the rain. Our barn owner closes the arena to preserve the footing so even if I wanted to ride in the endless rain, I can’t. I’ve done a few short trail rides, but the trails are inches deep in mud so we just walk. When I’m not riding, I’m busy dealing with my dumb-ass horses who think it’s better to stand out in the rain and get wet than under their shelter. Then I have to slog through the rain to chase Eugene down as – despite my my being the one to blanket and feed him nearly every day for 4 months now – I am still terrifying and might not be coming to blanket him, but rather to murder him.

Levi’s hooves have gotten all mushy from the constant wet. 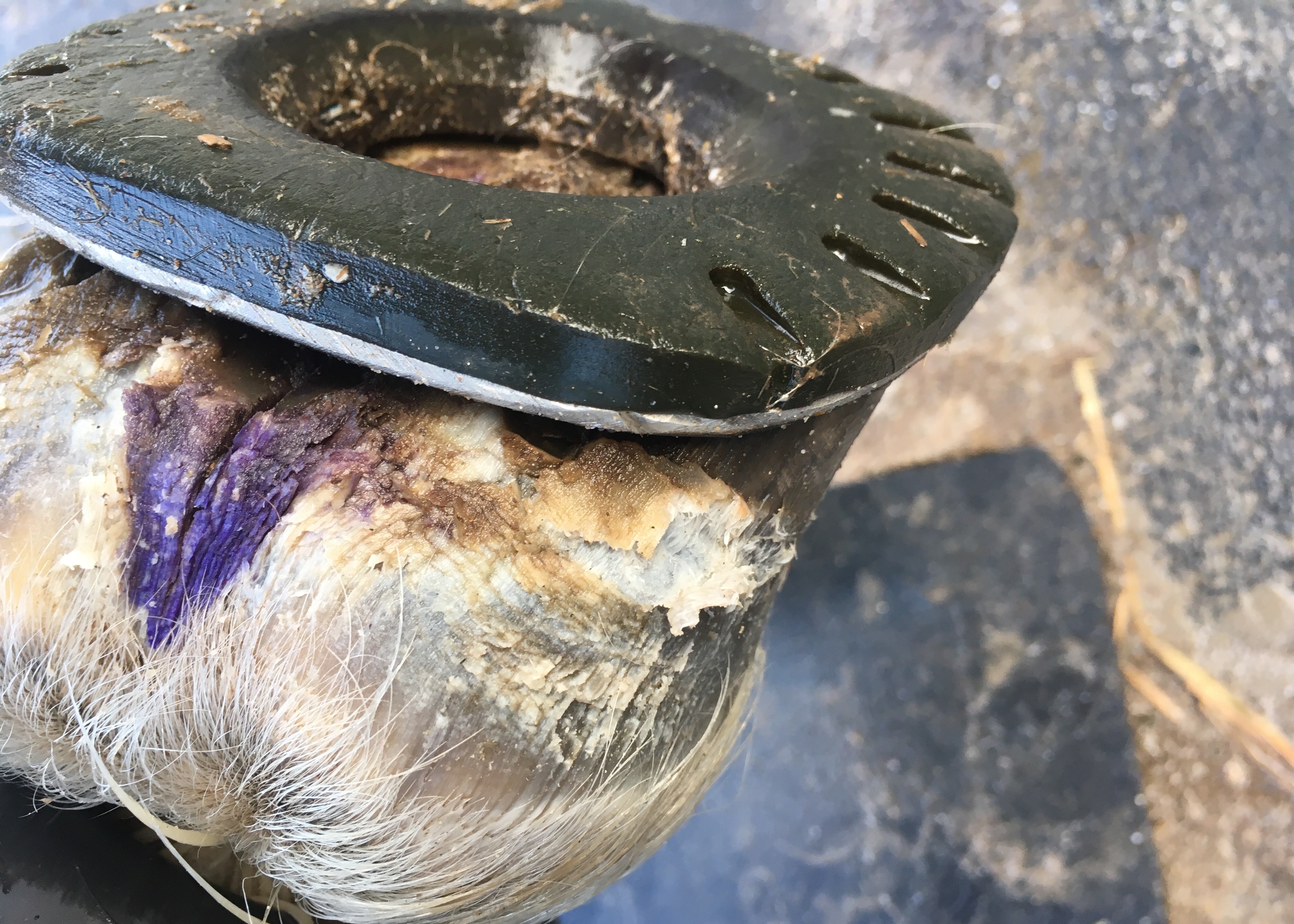 I sent this picture to my farrier and expressed my concern about the squishy areas: 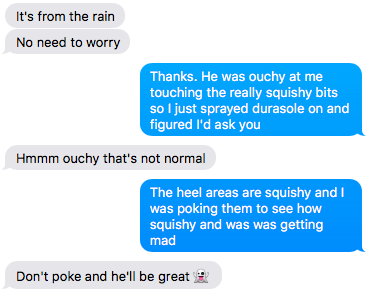 Well, I suppose I had that coming! I did spend some time cleaning and drying his hooves, washed and dried his bell boots, and sprayed durasole over everything. I also managed to miss spray some durasole and his back leg might be purple now, but whatever.

This is all to say I don’t really have any equestrian related to talk about right now. I was going to go to cattle sorting and it got cancelled because of the rain, I was going to trailer out with my barn friend for a ride, but we can’t get our trailers out at the moment. I did ride for about 30 minutes on Monday in between rain storms. We had to agree to re-drag the arena afterwards, but it was worth it.

How do I do feet?

Levi was fantastic. Apparently not being ridden makes him better. Honestly, on second thought, that makes sense.

With all my extra time, I have been doing some crafting. I finally finished Shasta’s ribbon display (I only started it like a year go so, you know, totally winning at completion rate). 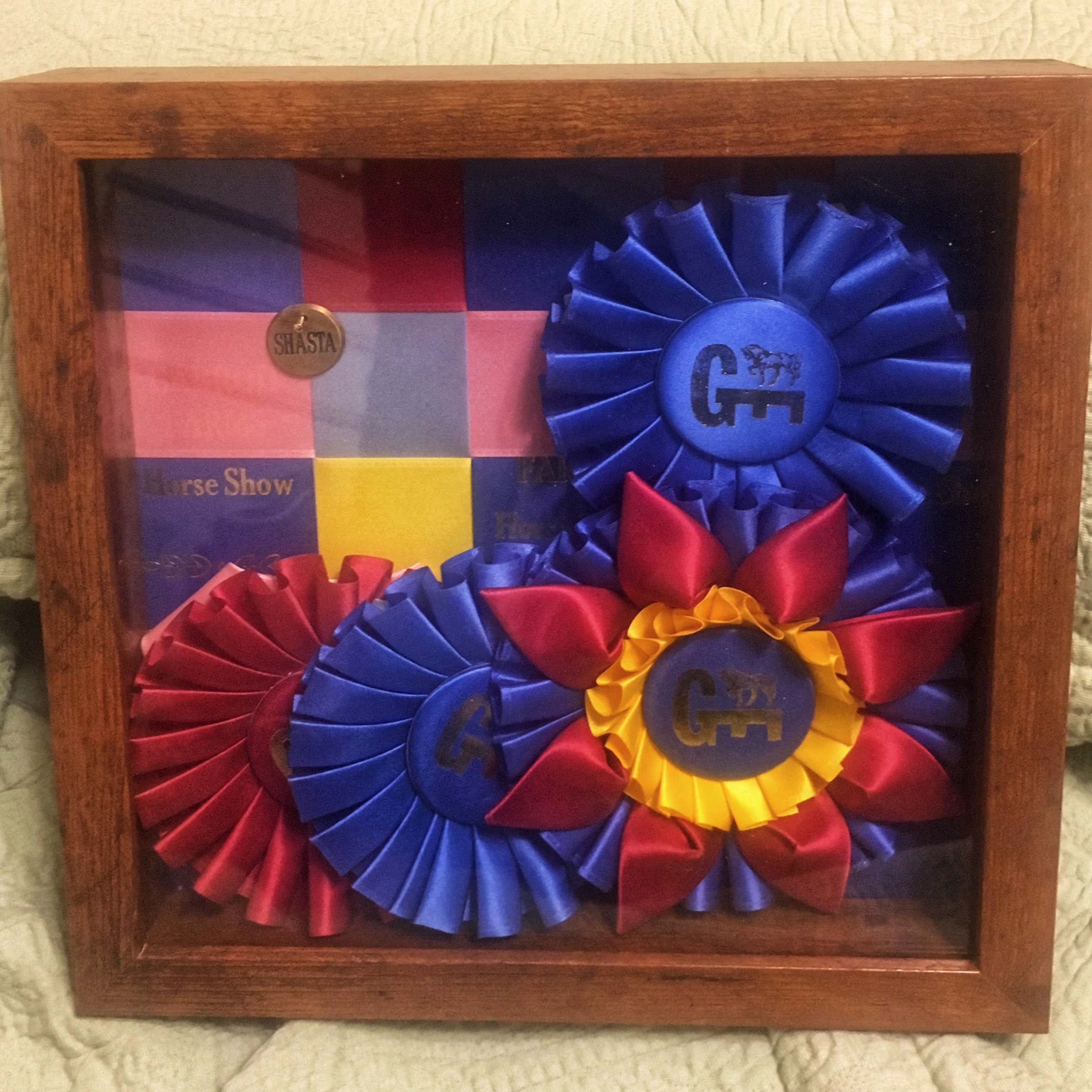 Aside from that, most of my recent crafting hasn’t been very horsey. I’ve gotten really into doing paper pierced quilting. I made this otter pillow for a craft exchange that I’m in.

The rain is preventing me from doing anything equestrian so here’s a glitter otter pillow I made. #crafting #quilting #diy #ihatetherain

I know a lot of other people are socked in by endless snow storms. What are you doing to keep busy during this last blast of winter? Reading? Crafting? Binge watching Netflix? Whatever you’re up to, let me know. Especially if you’ve got a good book or show recommendation. 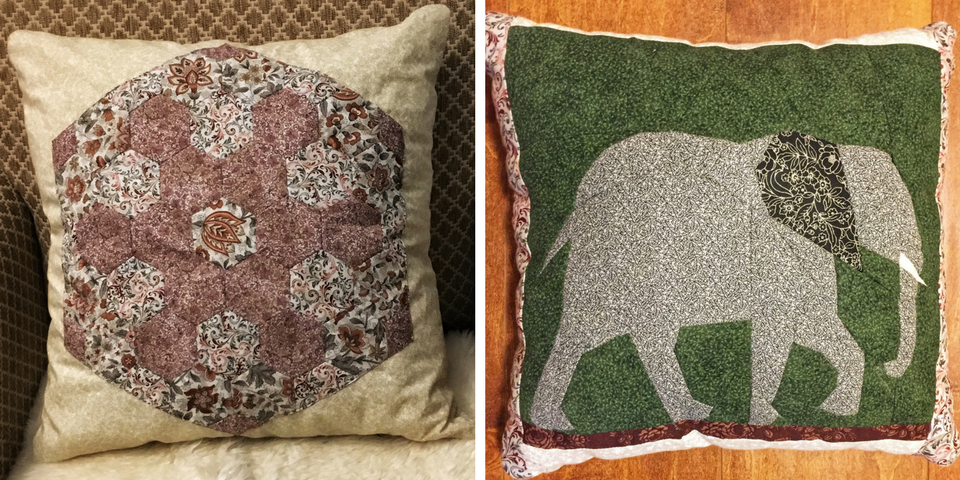 28 thoughts on “Rains and Crafts”