Back in October, our barn friend adopted a Mustang from the same prison auction Eugene and Levi came from. He was listed as a 3 year old, but on getting him home and being seen by the vet, she said he was more like 2.5 years old. 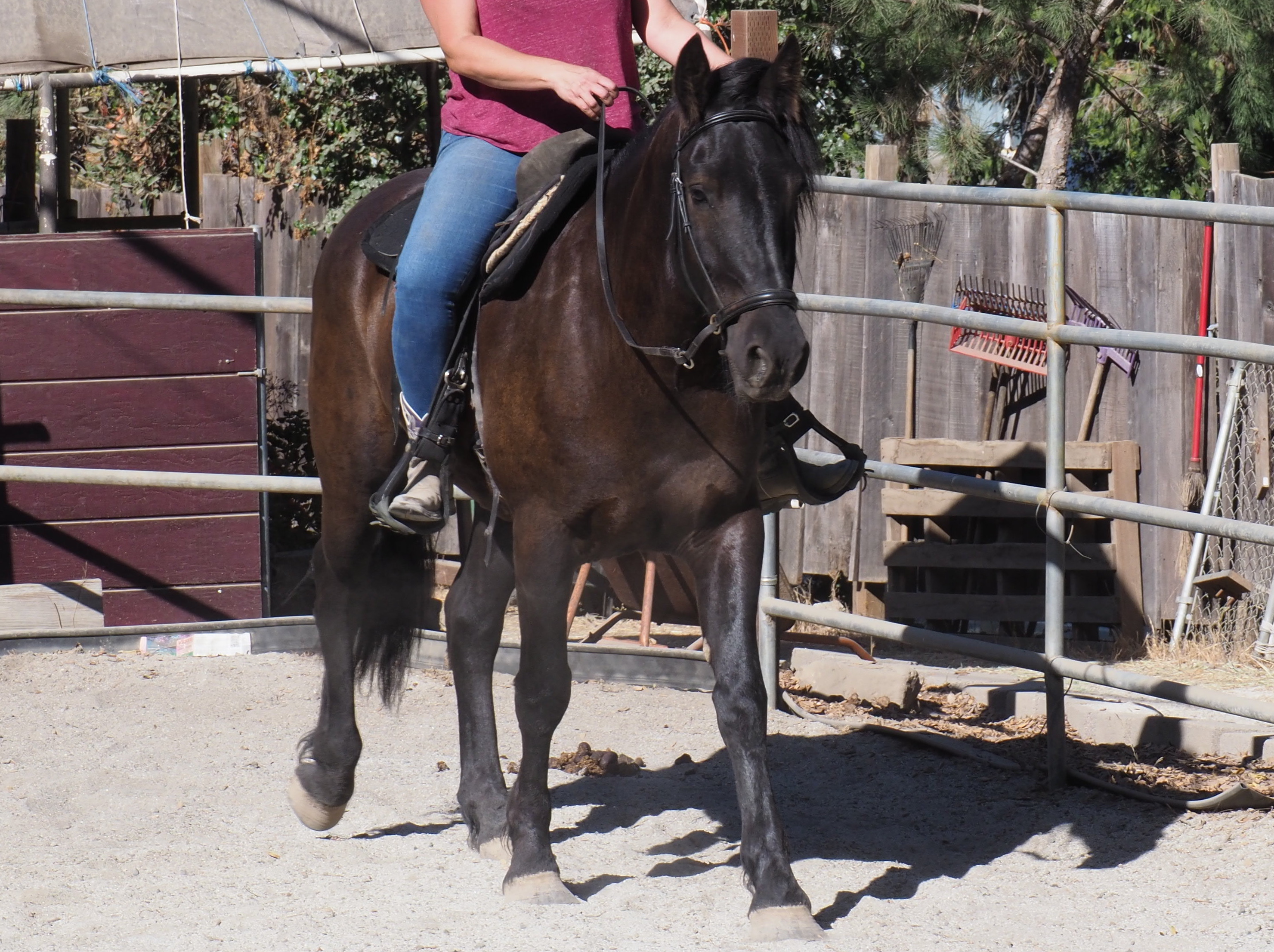 At already over 15hh, he’s big for a 2.5 year old. He’s definitely got some draft horse in him because he is stocky in addition to being tall. He also has the most gorgeous long mane and forelock. I call him a mini Friesian. 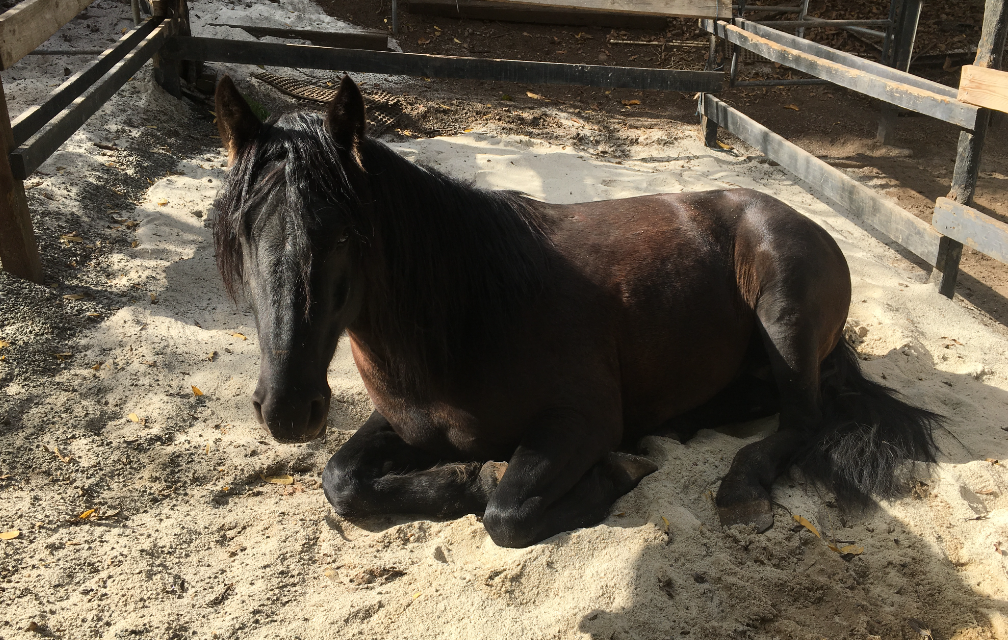 Because he’s young, he’s not really doing much work wise. He gets to go on short trail rides and work a bit in the arena, but no jumping or intense trail work. His owner was away for a week and asked if I wanted to borrow Devro. Umm, hells yeah. He’s so cute, of course I want to borrow him.

For my first ride, we started in the arena before going out on the trail just in case he was a nut, but I don’t think this horse has nut in him. Instead, he has a rather sever case of lazy-ass. 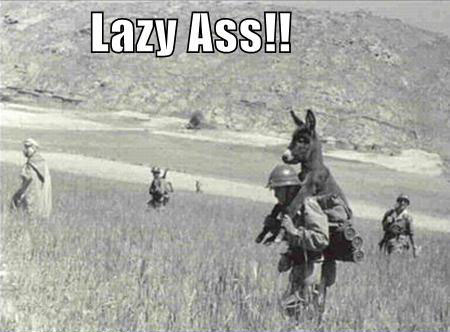 How Devro wished the trail ride could go 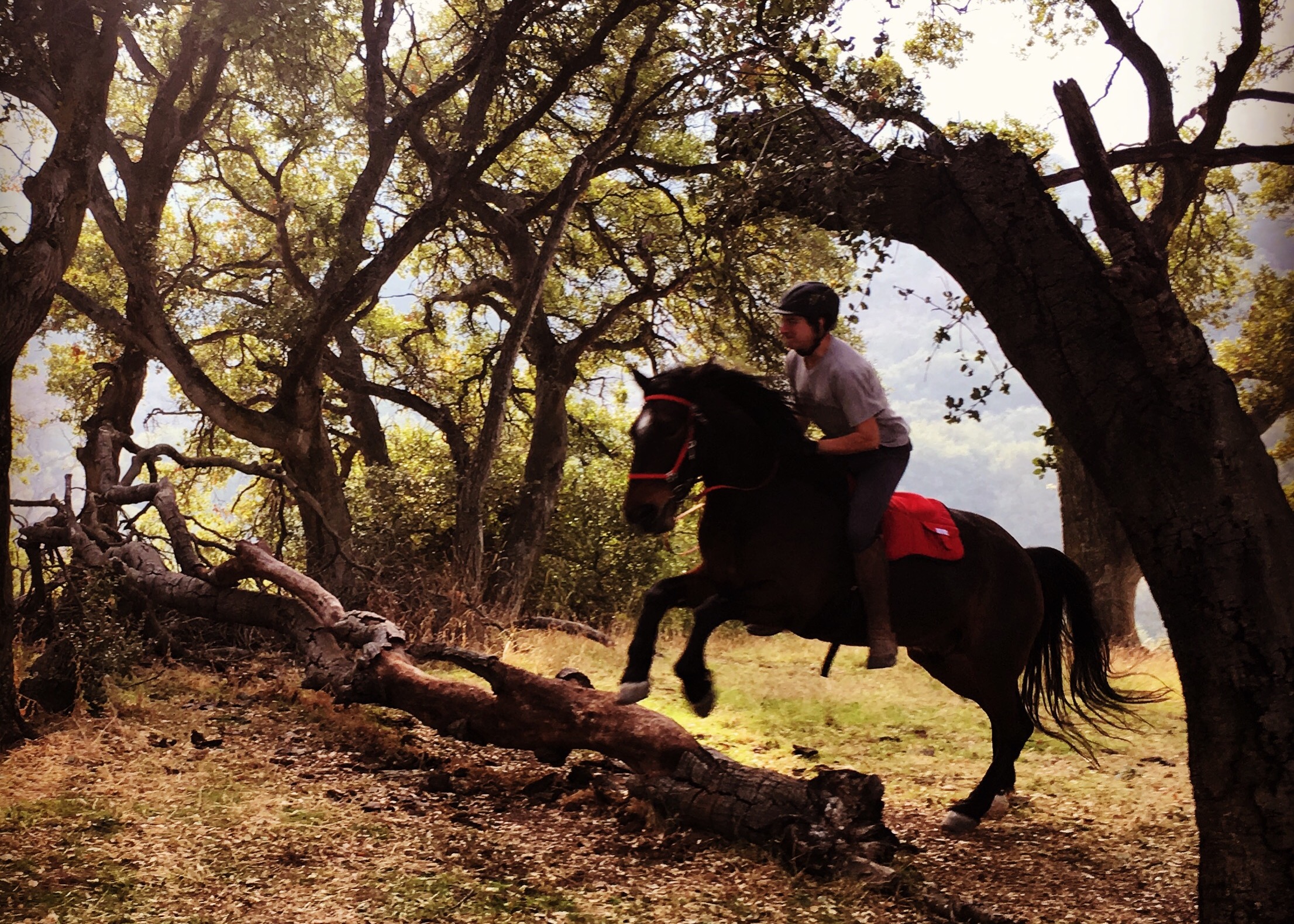 The next time I rode him, I came prepared with a dressage whip. He has a super wide-back and Nilla’s saddle fits him, so I figured I might as well dress him up and play dressage pony.

Except he objected quite strongly to being a dressage pony. Mostly he objected to my asking him to go forward. He might be young and green and I may not be able to work him hard, but he can walk faster than 0 miles per hour and he can maintain a given pace without me kicking every single step. We had several discussions about that.

pretty sure he hates me

He did get a lot better. We also had to have some discussions about continuing to go forward after doing a thing. He definitely has the idea that as soon as he has accomplished a task, it’s time to stop. Go through some trot poles?  Stop immediately afterwards. Canter a lap? Stop. While he remains a lazy horse, he did get a lot better over the course of the ride. 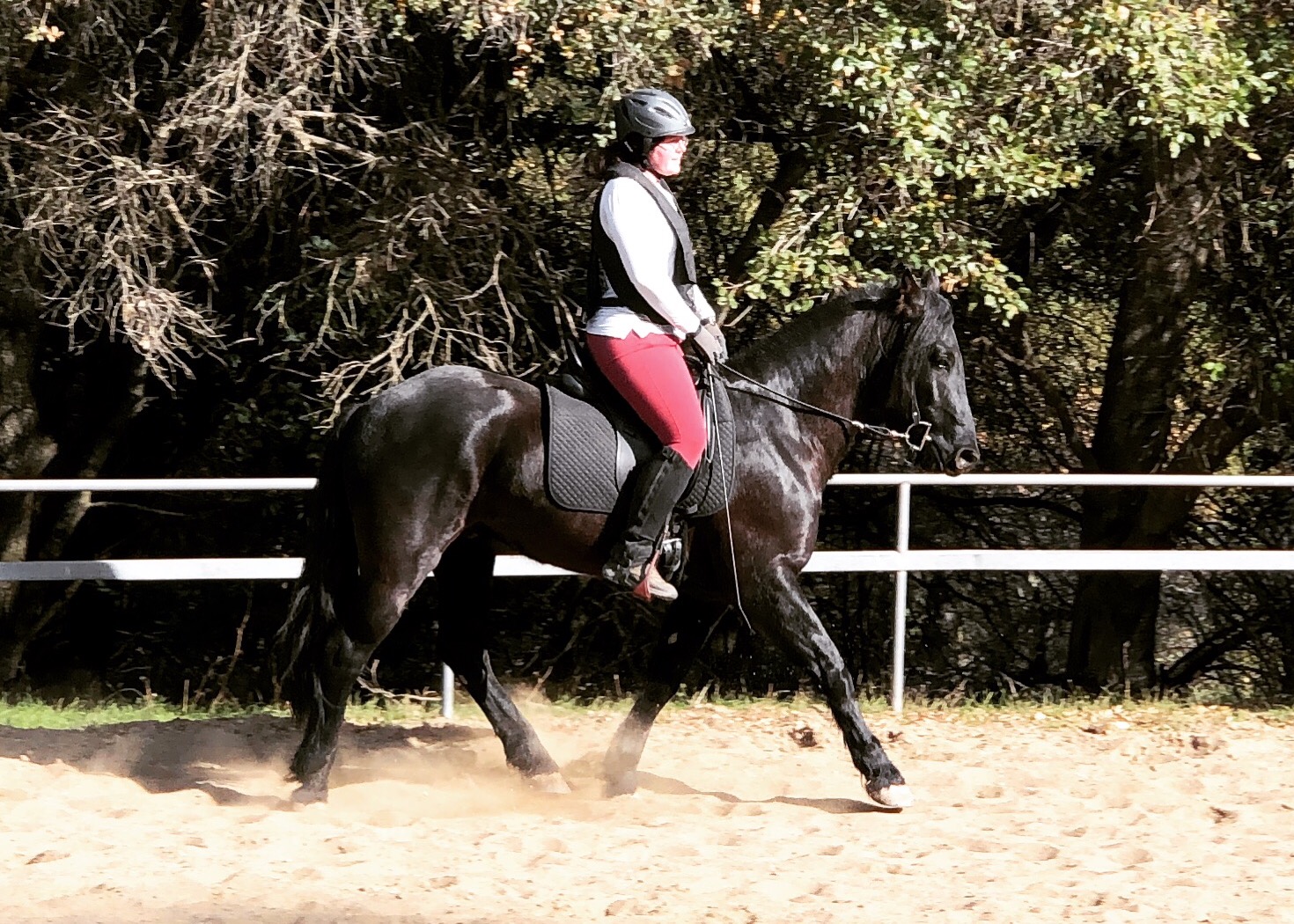 It proceeded to rain a lot after that. I did get one short ride in later that week, but we just trotted around the small arena and played chase the turkeys. He really likes chasing them and will do it even if I drop the reins. I think he’ll be a good sorting horse when he grows up.

Turkey herding is going to be the next big equestrian sport. #blmmustang #horsesofinstagram #turkey #growyourownfood

I hope to continue riding him a bit. I think he’s going to be a great horse as he grows up. He’s already had a great start.