California is a fascinating state. Growing up on the east coast (outside of Philadelphia), I knew California existed and could point to it on a map, but I’d never been there and, honestly, didn’t think a lot about it. Here’s what I’ve learned since moving here seven years ago.

Before moving to California I knew it was a “big” state, but I didn’t know what that really meant. Where I lived in PA, I could drive to another state (New Jersey) in about 10 minutes and to five more states (New York, Connecticut, Delaware, Maryland, Virginia) in less than 3 hours. It’s hard to comprehend being able to drive for almost 12 hours and still be in the same state, but that’s California for you. 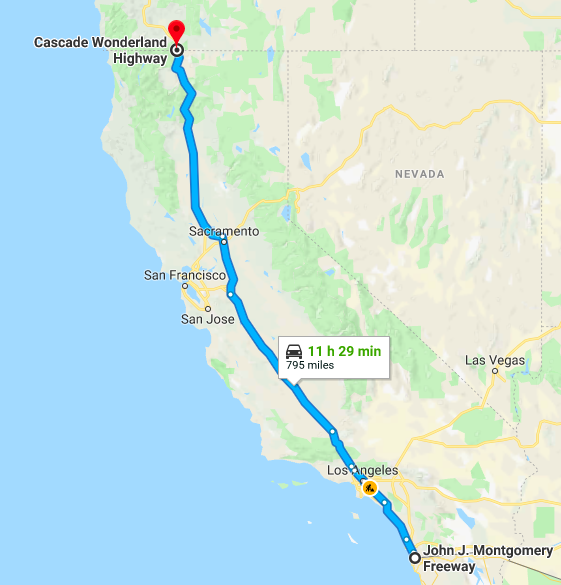 While that’s a long drive, I think the best way for east coasters to understand just how big California is to see it: 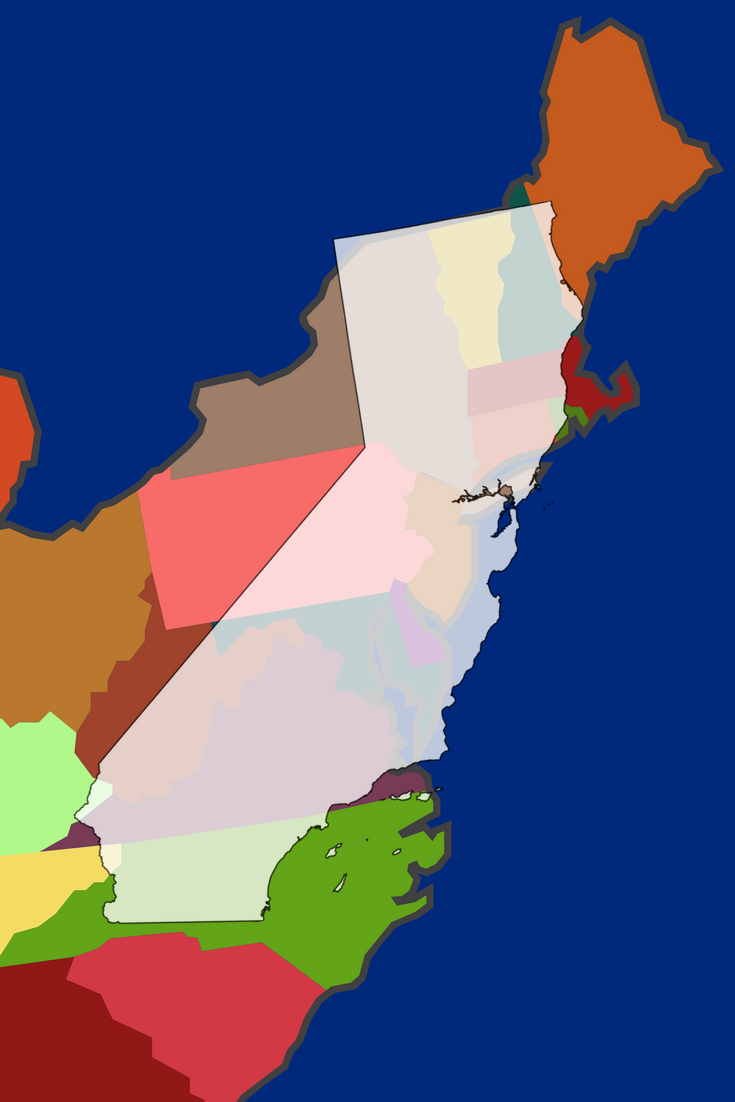 California is flipped here to make it fit, but you get the idea. Driving from one end of CA to the other is like driving from Maine through North Carolina. 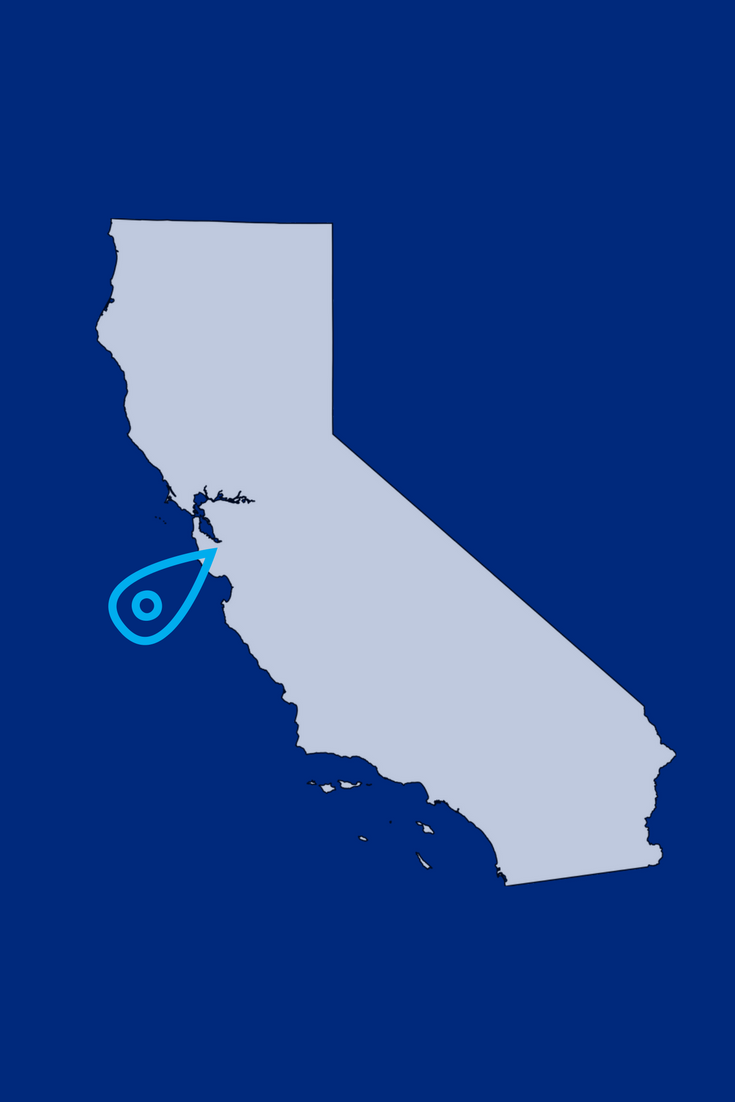 I’d call that pretty much the middle of California. It’s over 300 miles to the northern border. However, no one lives up there. No seriously: 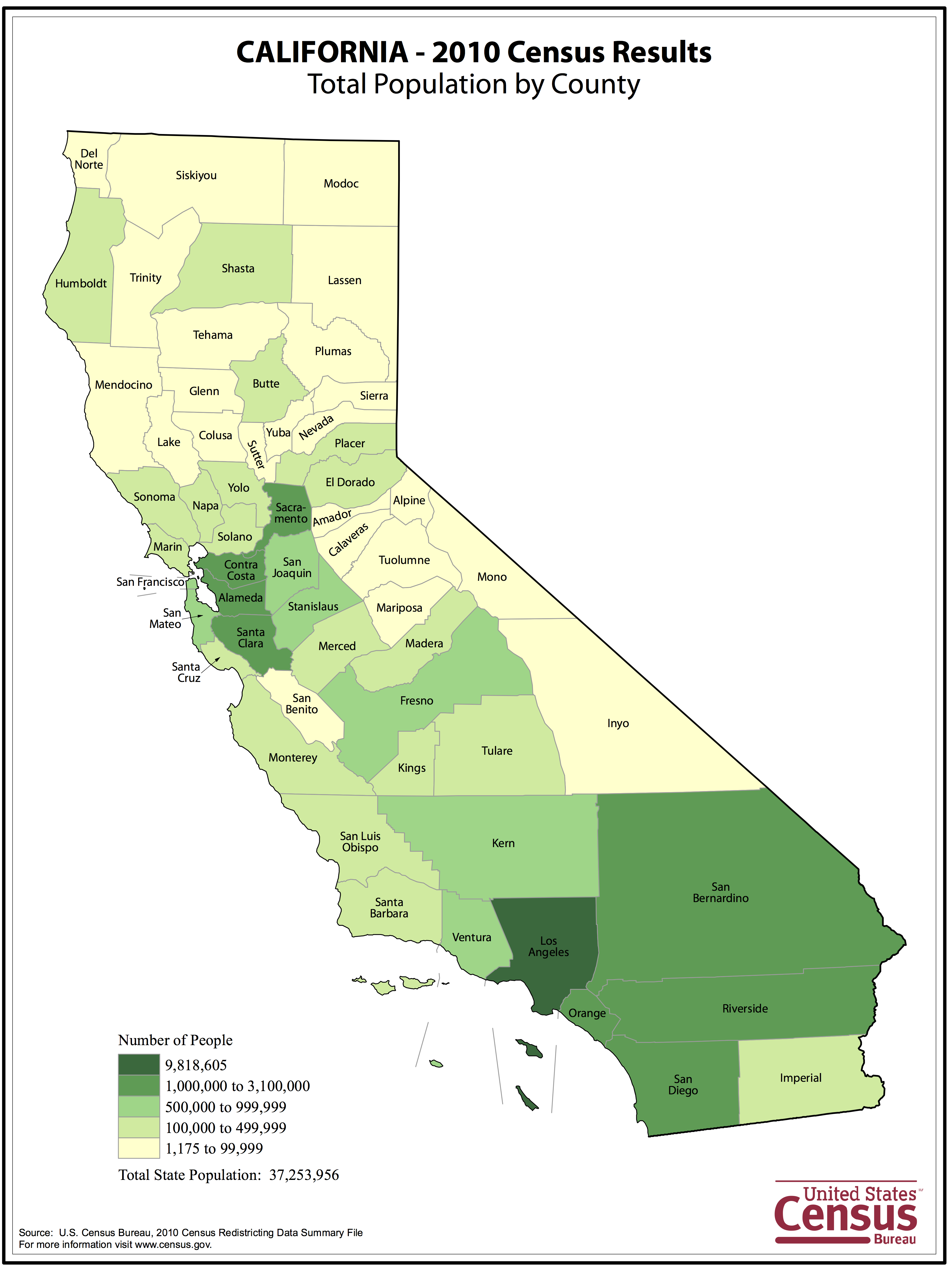 For all of California’s vast size, it’s not a very populous state. At least, it’s really not outside of the cities. As you can see above, most of the state is pretty sparsely populated. This would probably be fine if I hadn’t grown up in a very horsey area. I’m used to being able to drive to multiple large tack stores in less than an hour and chose from tons of different barns. On any given weekend, there would be multiple shows or events to chose from. Here in California, there just aren’t enough equestrians to support a lot of stores, shows and facilities. There are 24 total rated events in the entire state (Area VI) and 9 of them are in Southern California, a 6+ hour drive away. If we move to Area 1, we’ll have 30 rated events within a 3 hour drive. Since California basically stretches across both Area I and Area II on the map, we could go to 87 rated events in the same amount of driving we’d have to do to get around California. 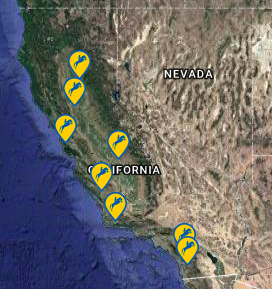 That’s it; that’s all we’ve got

The Weather is Weird

Before moving here, I had heard that the weather was nice, but I imagined that it was like the south: warmer in the winter, but still having a winter. Well, that’s not the case; most of California doesn’t have winter in the normal sense of the word. There’s wet season and dry season. And in some parts of Southern California, there’s just one temperate season all year long. The Sierras actually get cold and snow, but they’re the exception.

If we’re not experiencing a drought, rainy season is November-March with a smaller chance of rain in September through May. The rest of the time, it doesn’t rain. It’s an actual desert. The flora and fauna respond accordingly. Whereas most of the country sees greenery in the summer, we only see grass in the winter. Oak trees here in California aren’t deciduous, they’re evergreens. Cows actually have fall calves instead of spring calves because theirs only grass in the winter. 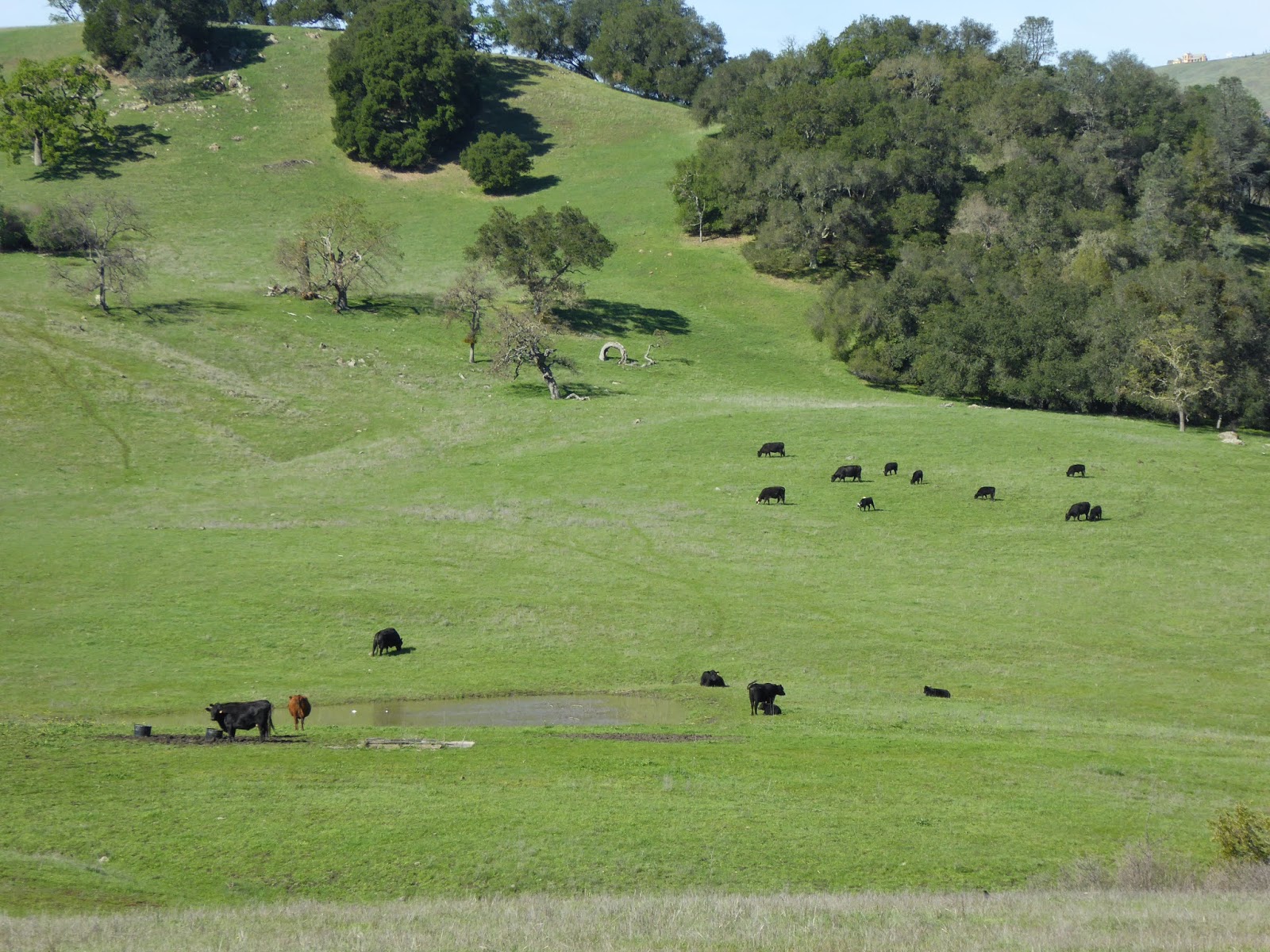 This weather has it’s advantages. You can safely plan on having outdoor events in the summer without any fear of rain. Sometimes it rains, but it’s equivalent to snow in July: super rare and everyone freaks out about it. Outside of the higher elevations, it doesn’t get cold in the winter. Occasionally it gets down near freezing, but never for long and usually not at all. 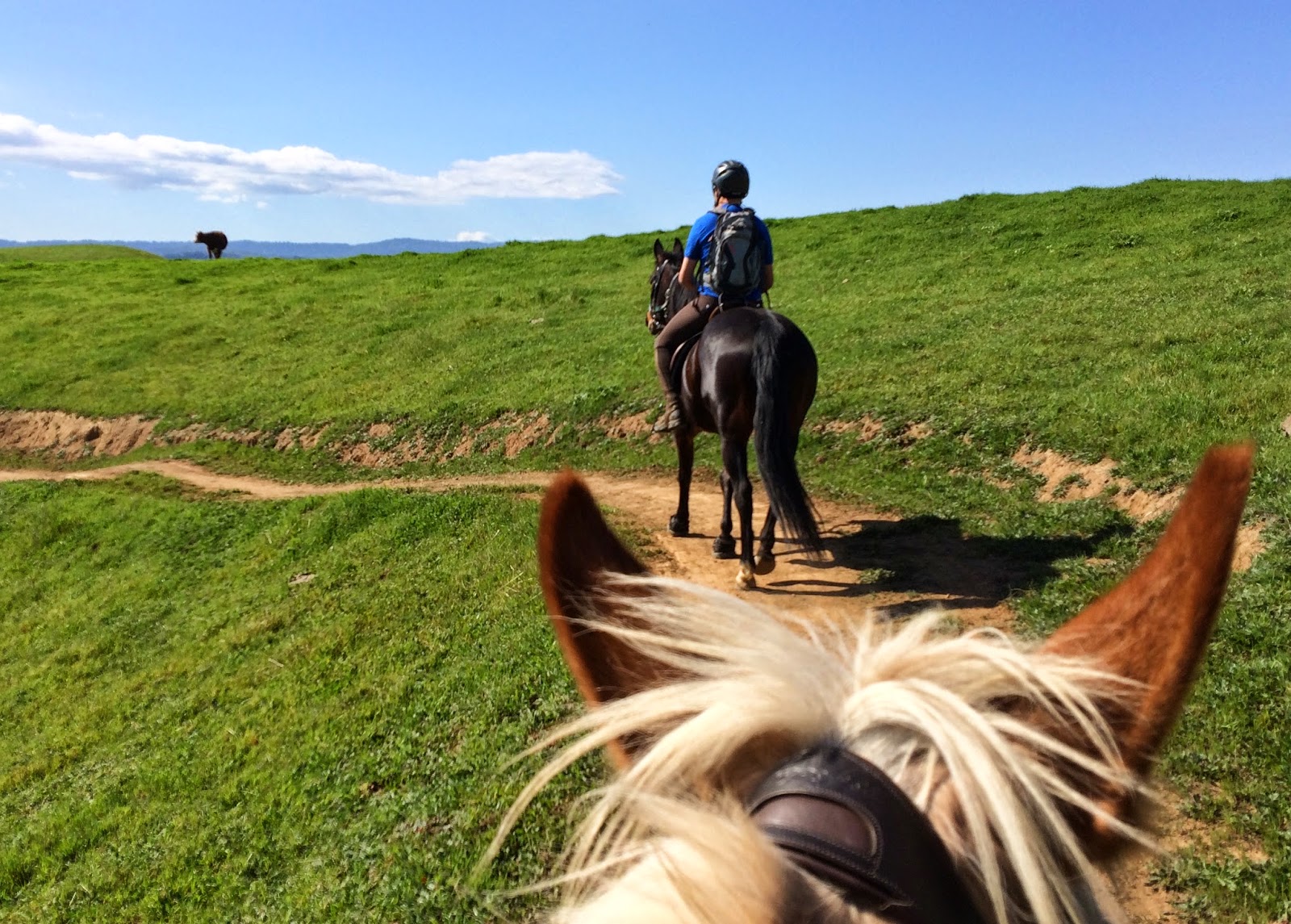 While everyone on the east coast is shoveling snow and posting about what winter gear they wear to ride in, we’re here pulling out the t-shirts. Which is kinda awesome and I know I’ll be b*tching about the cold when we move, but there are downsides to this California weather. The whole lack of winter has a profound effect on flies. Since California decided to skip straight to summer after January this year, we’re starting fly control in February. Levi has already started itching. I need to call the vet about doing spring shots early since they’re all fly vector diseases. So fun.

The worst downside is drought. When it only rains in the winter, if it doesn’t rain, you’re toast because it’s not coming later. Over the last few years, our barn has had to truck water in to preserve the well for the houses. That means no bathing, no hosing down after a ride, and no watering the arena. And when it doesn’t rain all summer, you get forest fires. And then mudslides when it finally does rain. Honestly though, it’s tough to complain about riding in T-shirts in February. if it weren’t for the forest fires, I’d be down with California’s weather. But at the end of the day, I’d rather be cold than live in constant fear of getting a call/text saying I need to evacuate.

This post kinda got away with me. I could name a lot of other things that are weird about California, like the insane cost of living here and how most of the state is an actual desert and yet it’s where the majority of the country’s produce is grown, or the fact that its such a young state, there are very few historical sites compared to the east coast.For all I complain about living here, California has a lot going for it as a place to live: it’s the prettiest place I’ve ever lived, it’s the most socially diverse and accepting state, there is a ton of open space, protected ecosystems, and parkland. If I could afford to live here and there weren’t forest fires, I would totally stay.

What’s unique about your state?

46 thoughts on “The Thing About California”