And now we get to the fun part: jumping. They were running stadium and XC back to back so you went from Stadium straight over to XC. The stadium course reminded me a lot of a hunter course: outside line to diagonal to outside line, etc. 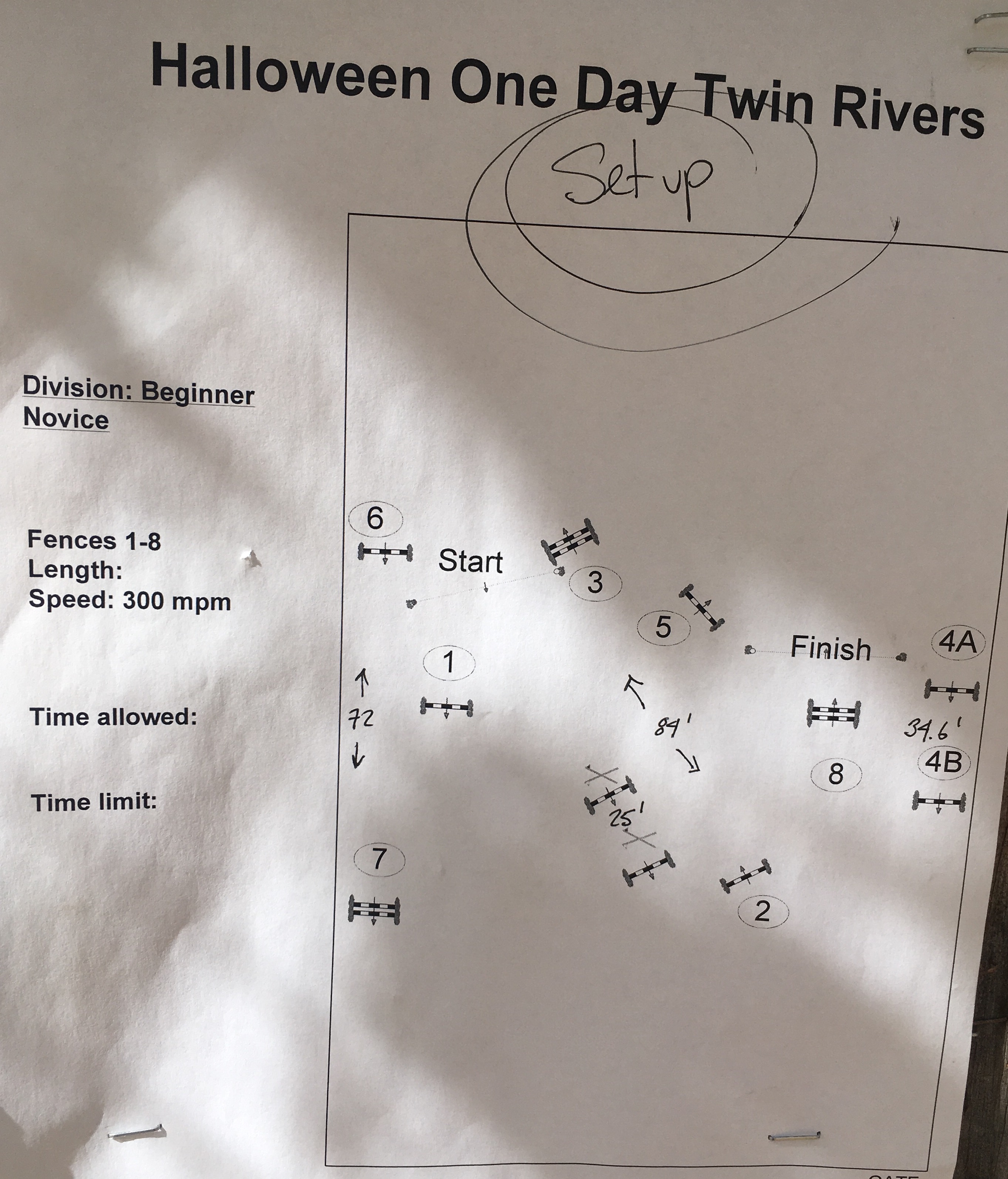 Eugene was super excited to be jumping and they went in and rocked the course. The little Mustang was seeking out and flying over the jumps. 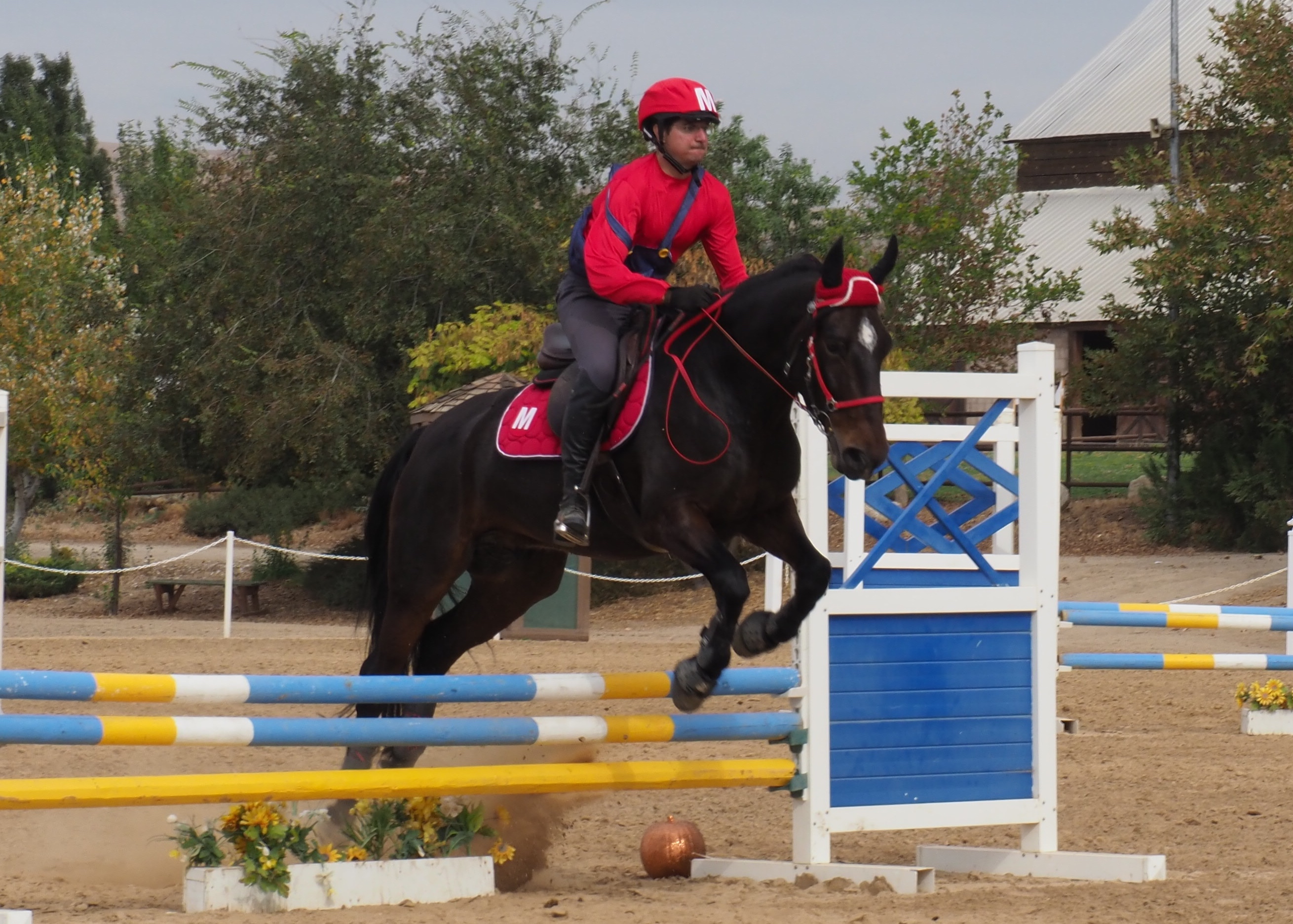 The only problem they had was the 6th jump. I thought it looked like Eugene was spooking at me taking pictures from the edge of the arena, but my husband said they had an argument about trotting in order to change leads around the turn before #6 and lost momentum because of that. Either way they had a rail at that jump. 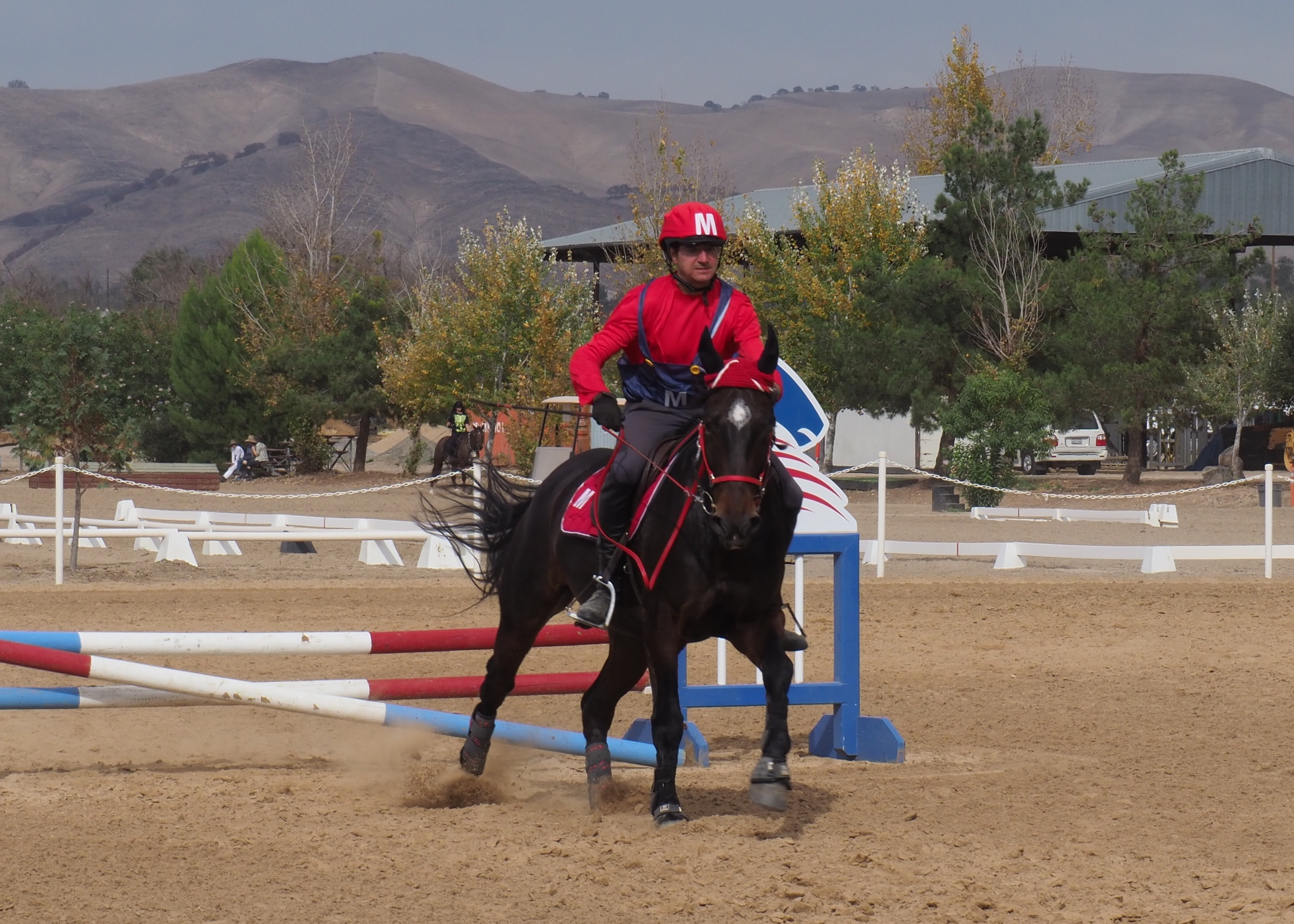 pretty sure he’s spooking at me

But the rest of the course was clear and within time. 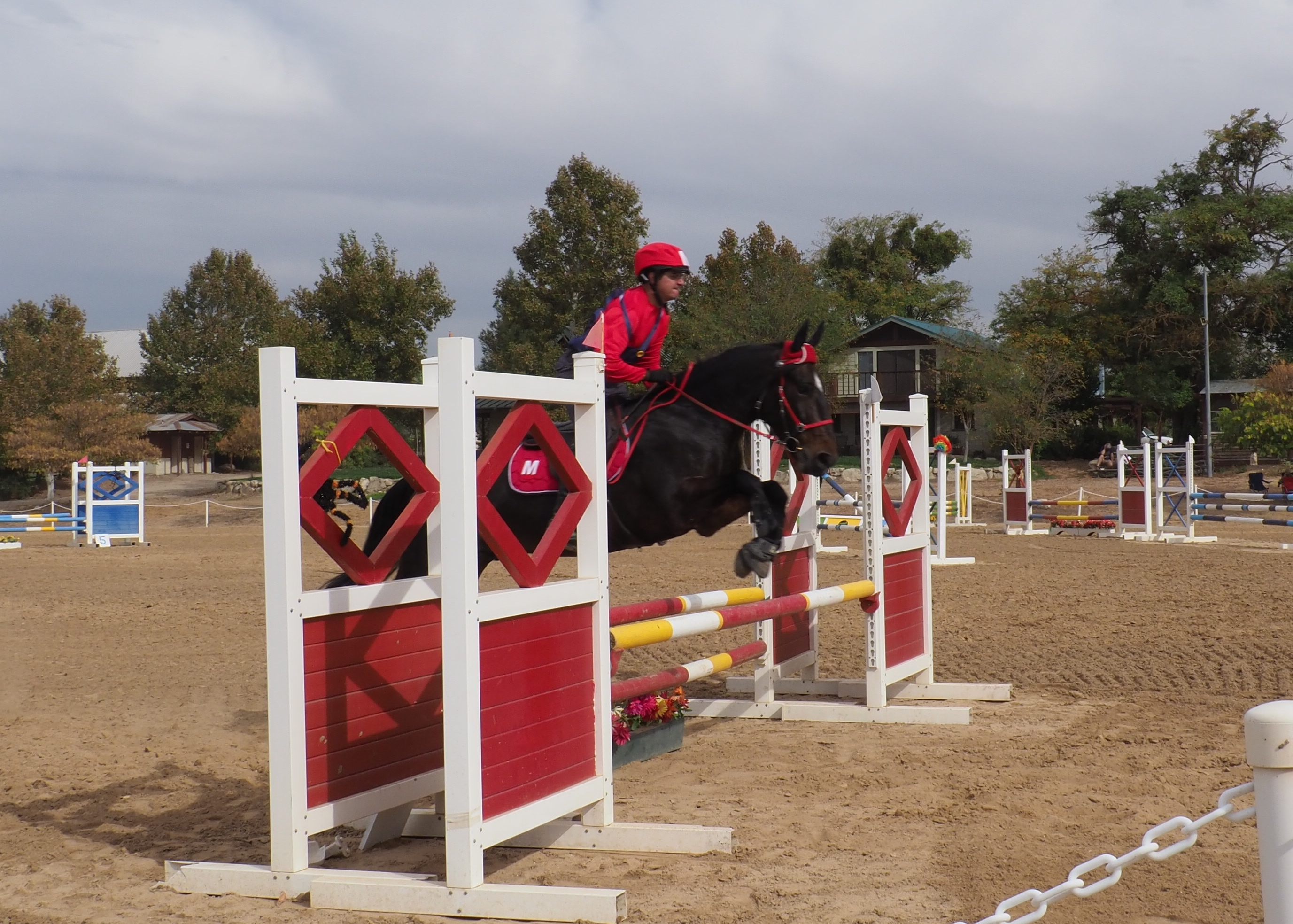 After stadium, I walked out onto the course to get some pictures of them running XC. From my vantage point I could see most of the course, but a lot of it was too distant for good pictures. XC is really where Eugene shines because he’s not put off about anything. Even at schooling the day before, having never seen the jumps he would just go over anything my husband pointed him at. 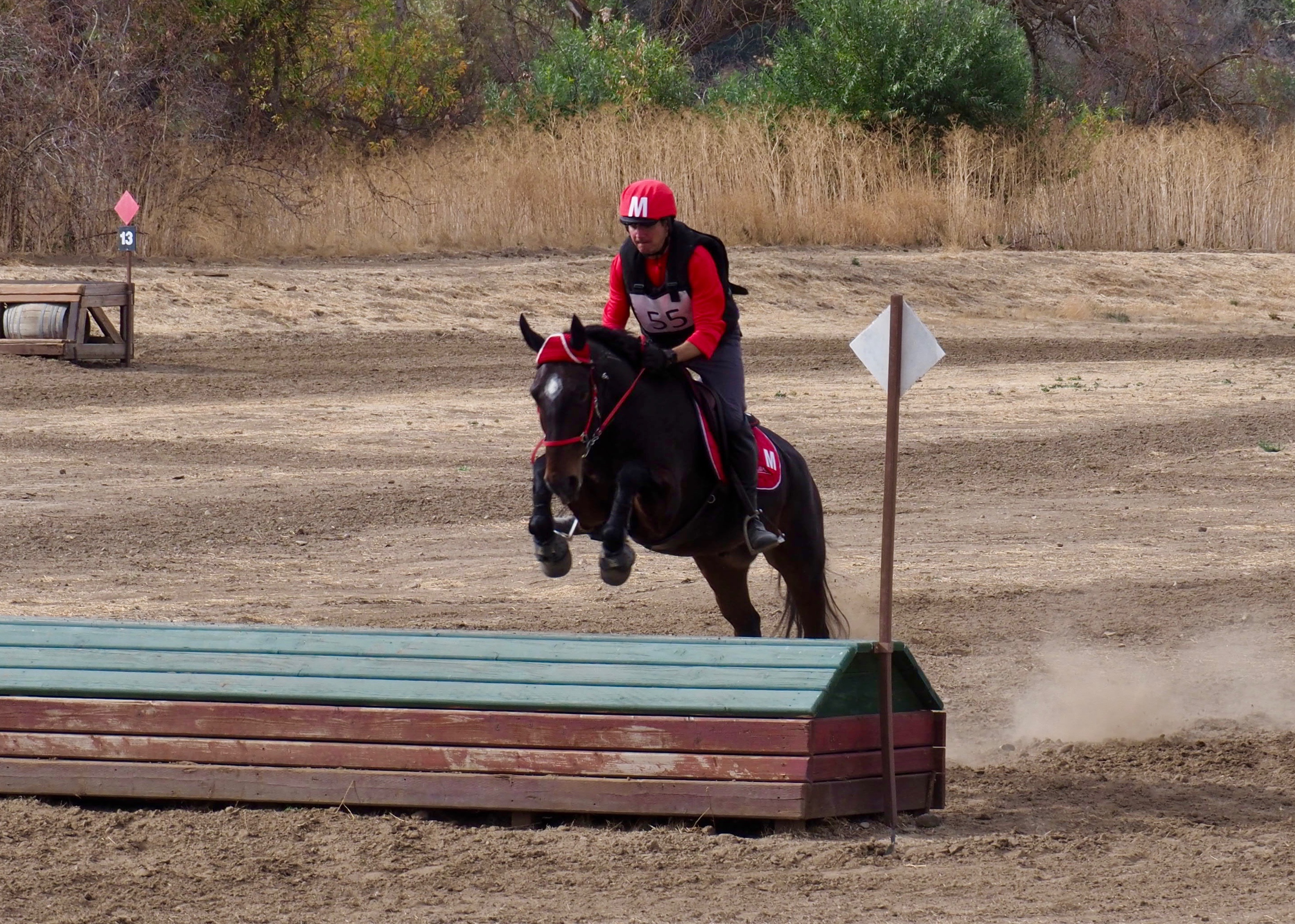 His only concern is people. Like jump judges or photographers (in this case me): 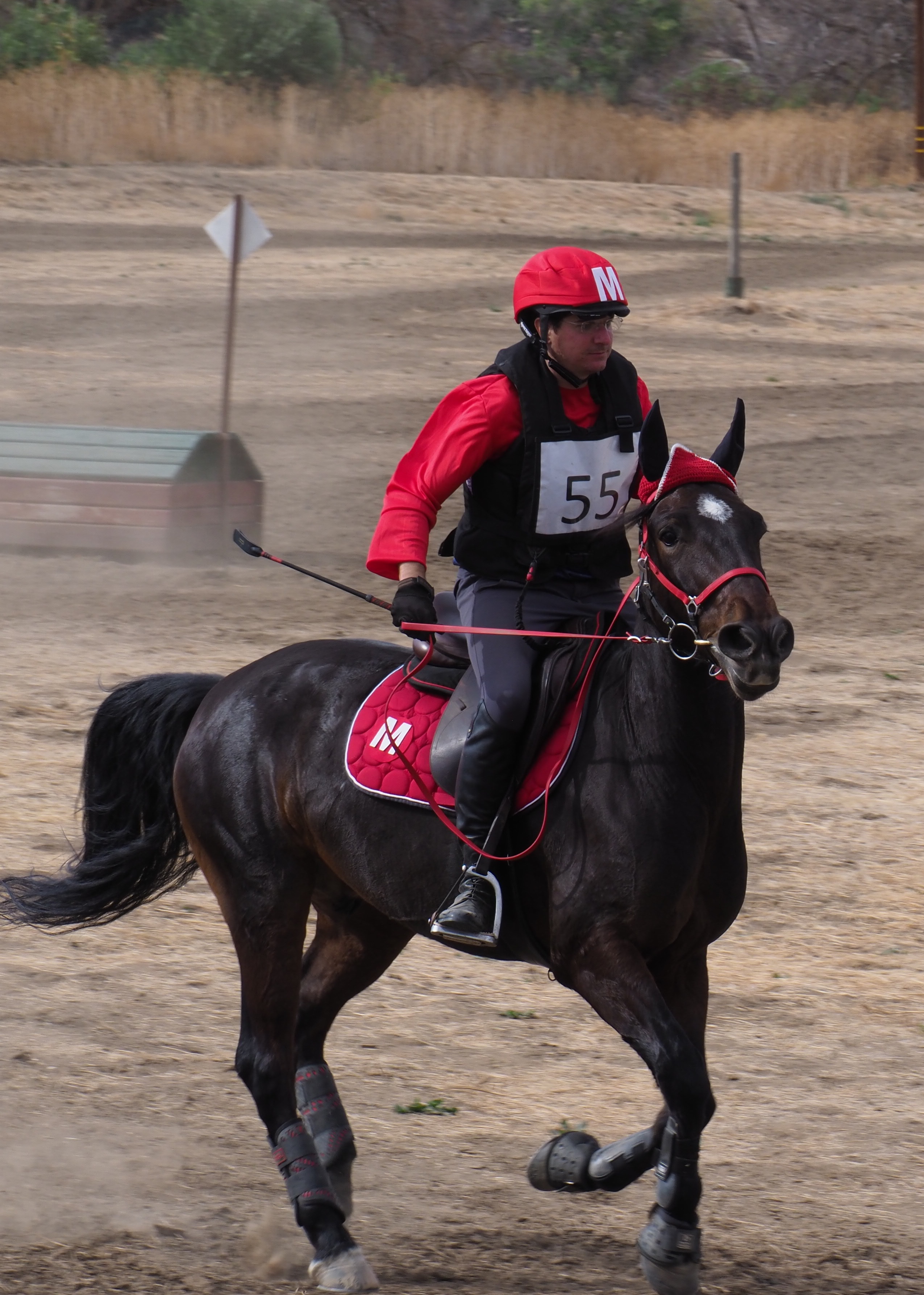 omg I have never seen this person before in my life

Luckily I was standing near the water entrance so my existence didn’t cause any issues. 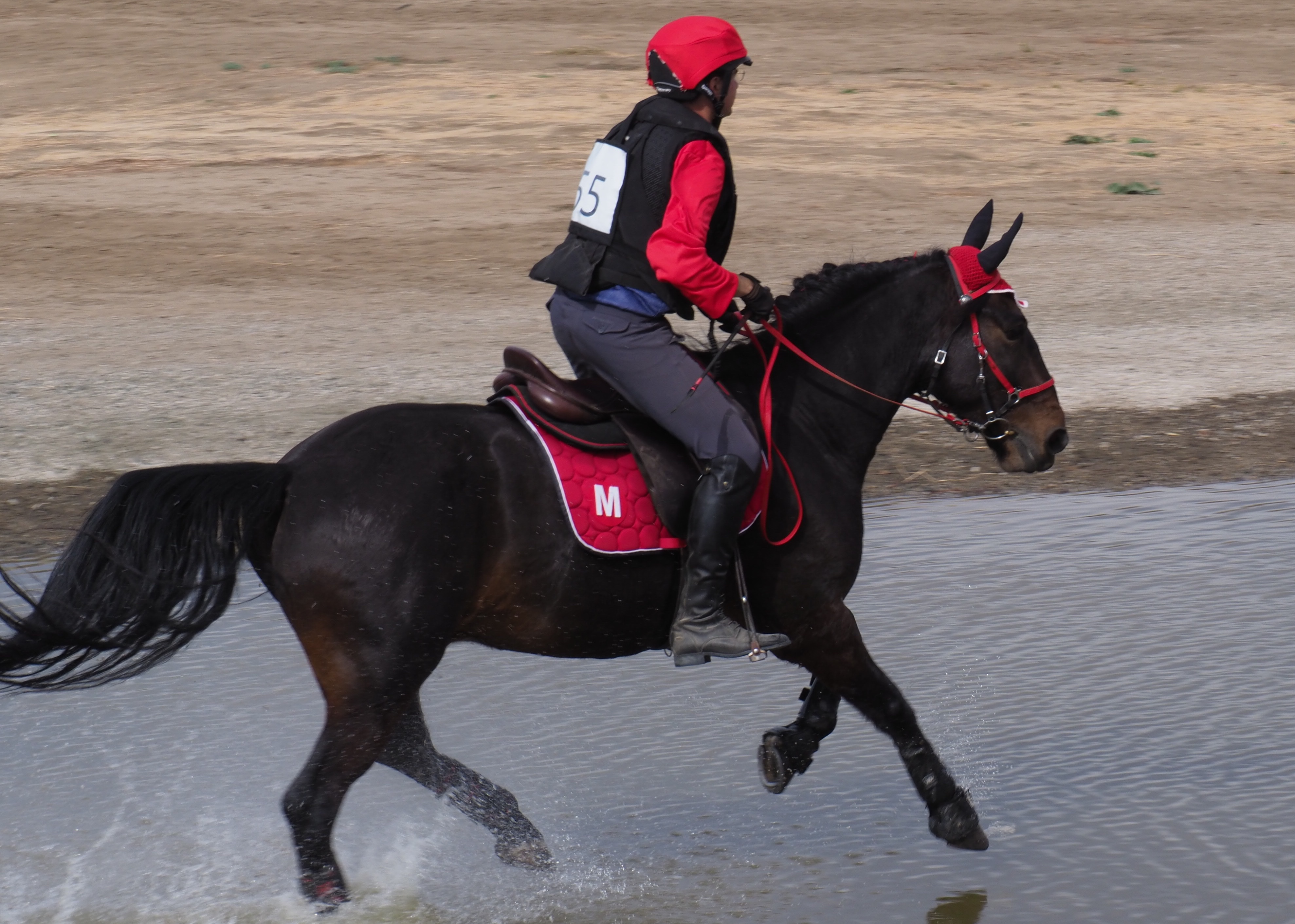 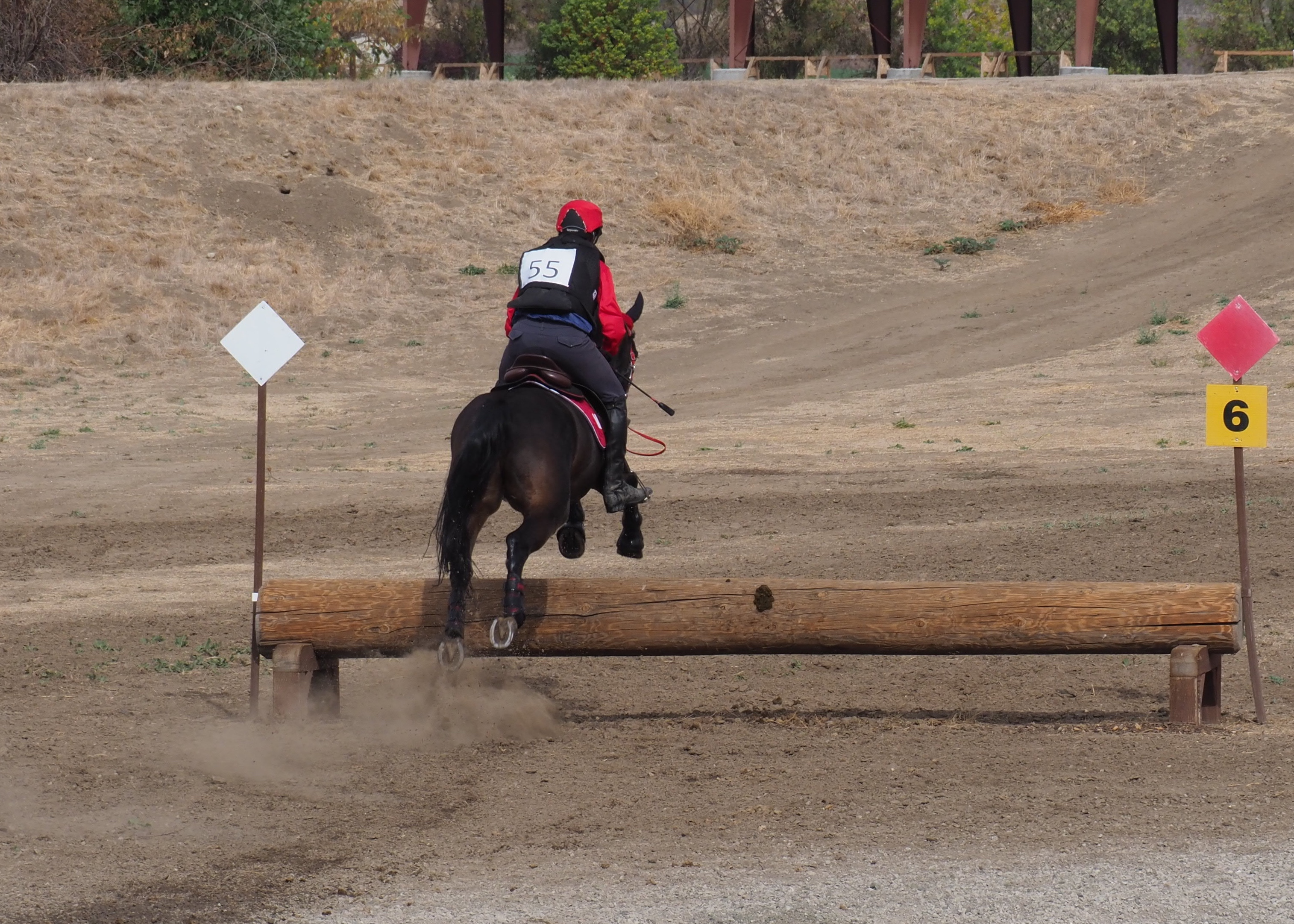 This was a pretty challenging course too. There were three waters and a lot of terrain that Twin used to make the course challenging. #9 was right on the edge of a steep hill with a jump right at the bottom. 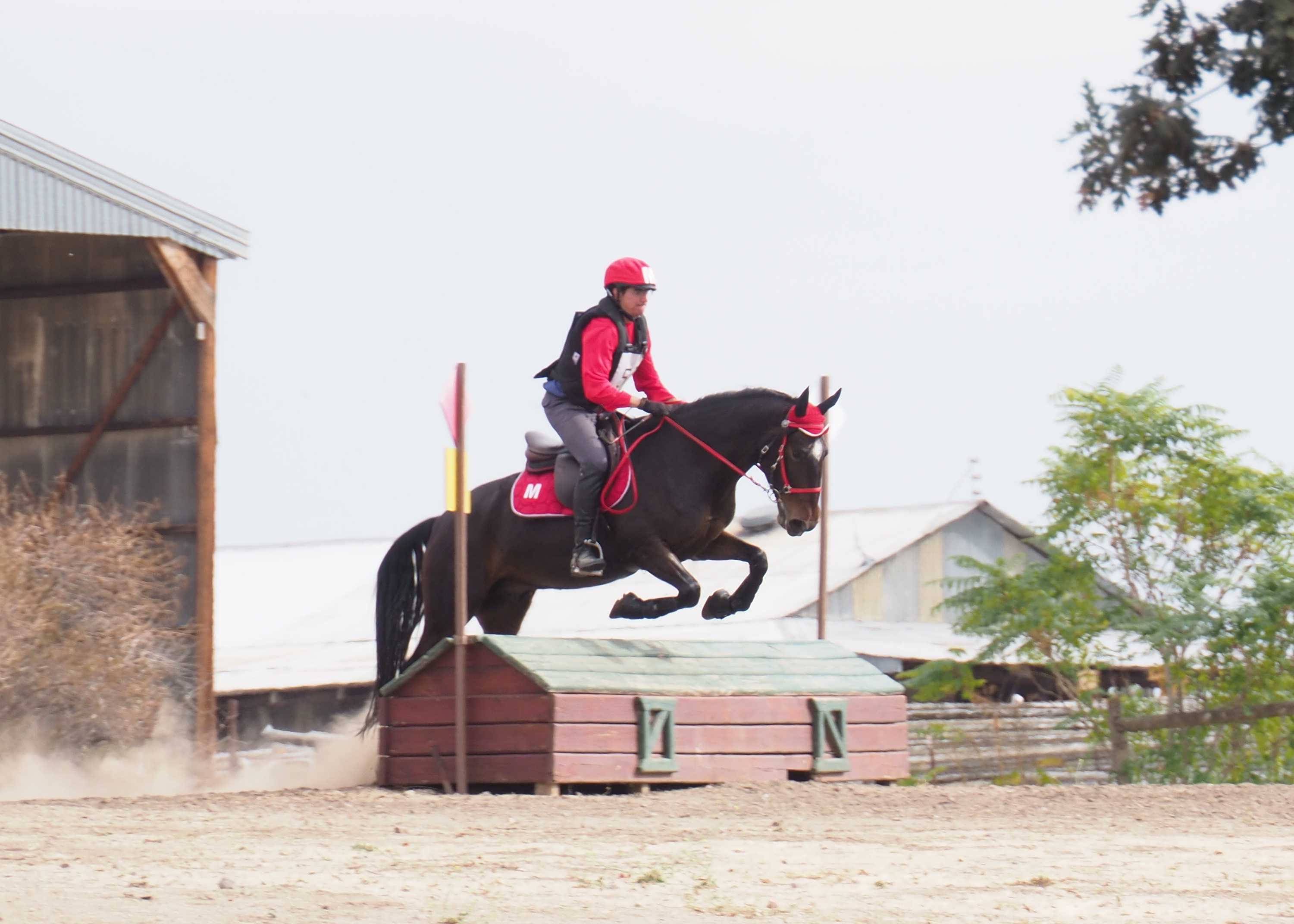 Jump before the hill

The pictures don’t really do it justice, but it was a pretty steep incline. Enough so that you had to come back to a trot to get down the hill safely and then trot the #10 jump. 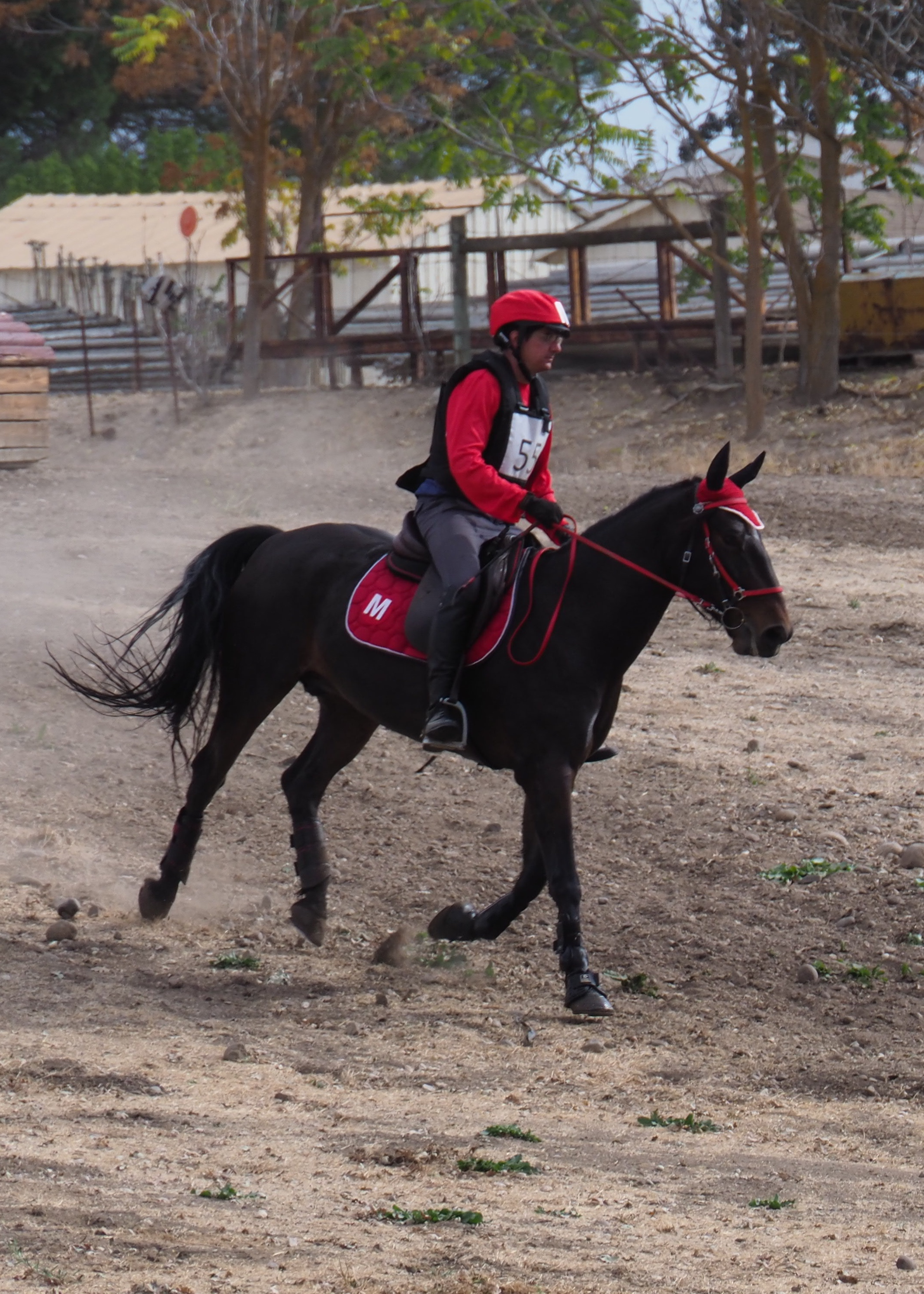 Luckily the #10 jump was tiny so it was easy to jump from a trot while still on a decline. 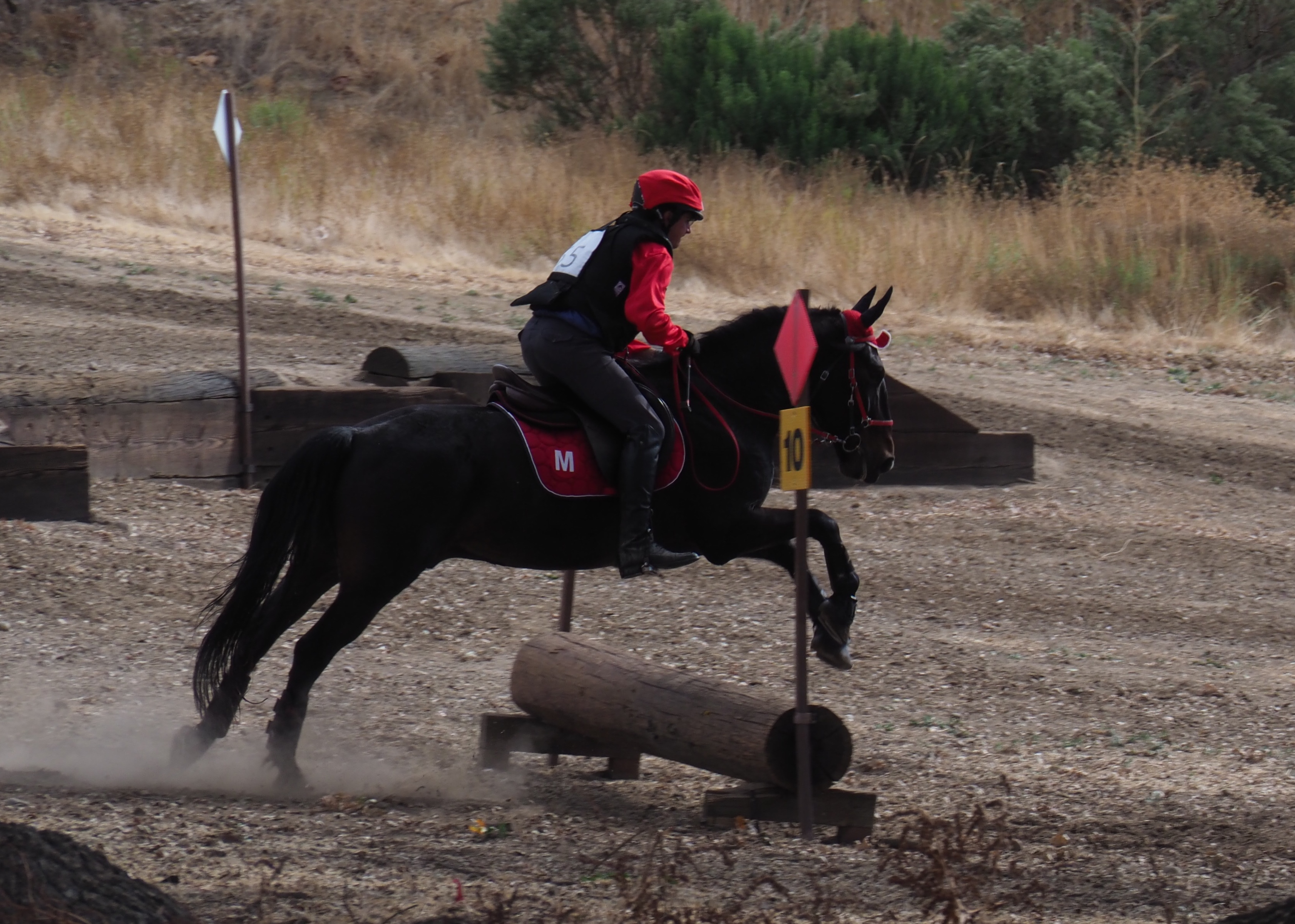 Eugene didn’t care about any of that. He just wanted to run and jump things. 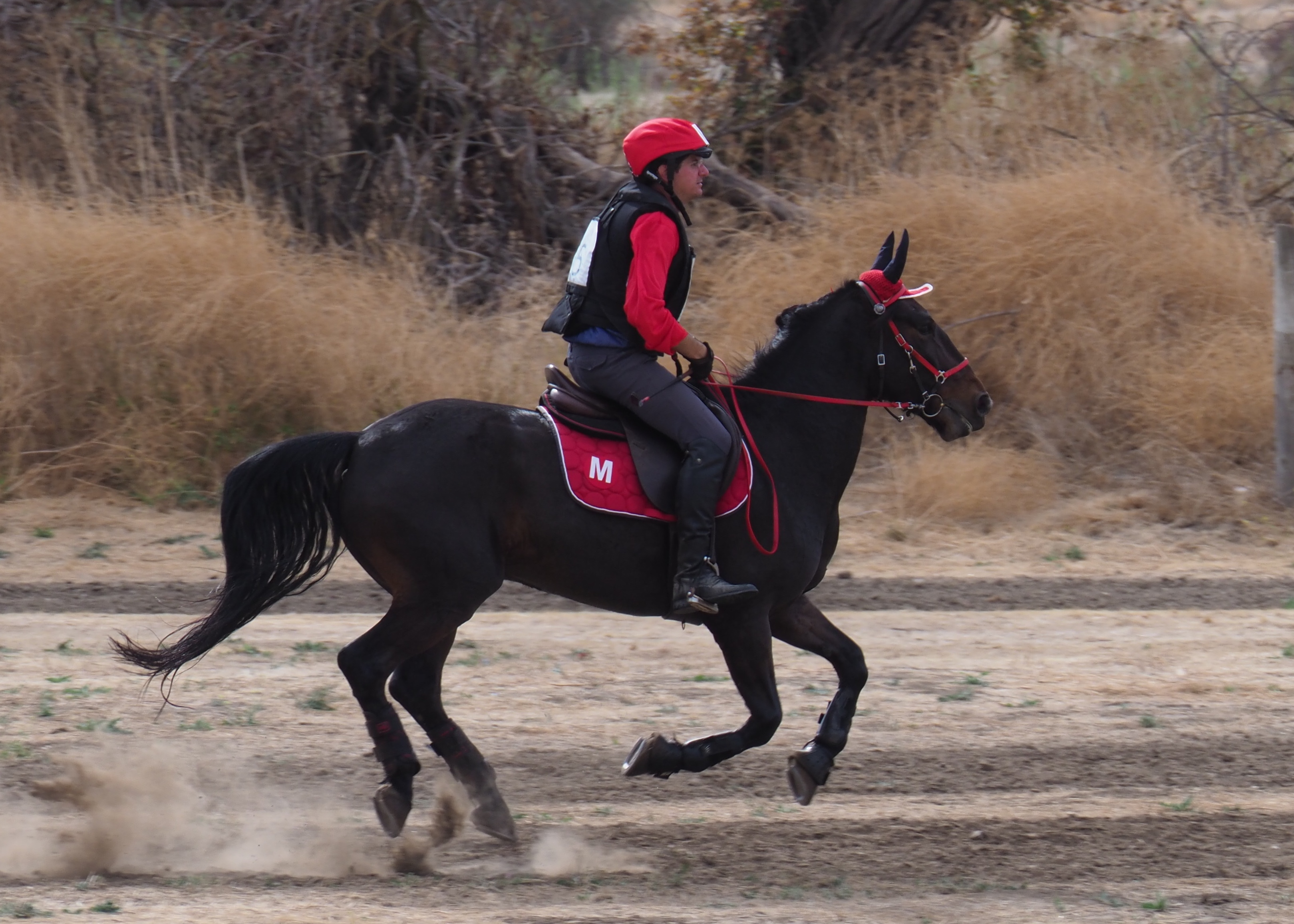 In fact, they were going so fast they almost lapped the person in front of them. If you watch the video, you’ll see them getting closer and closer to the other rider as they go along the course. 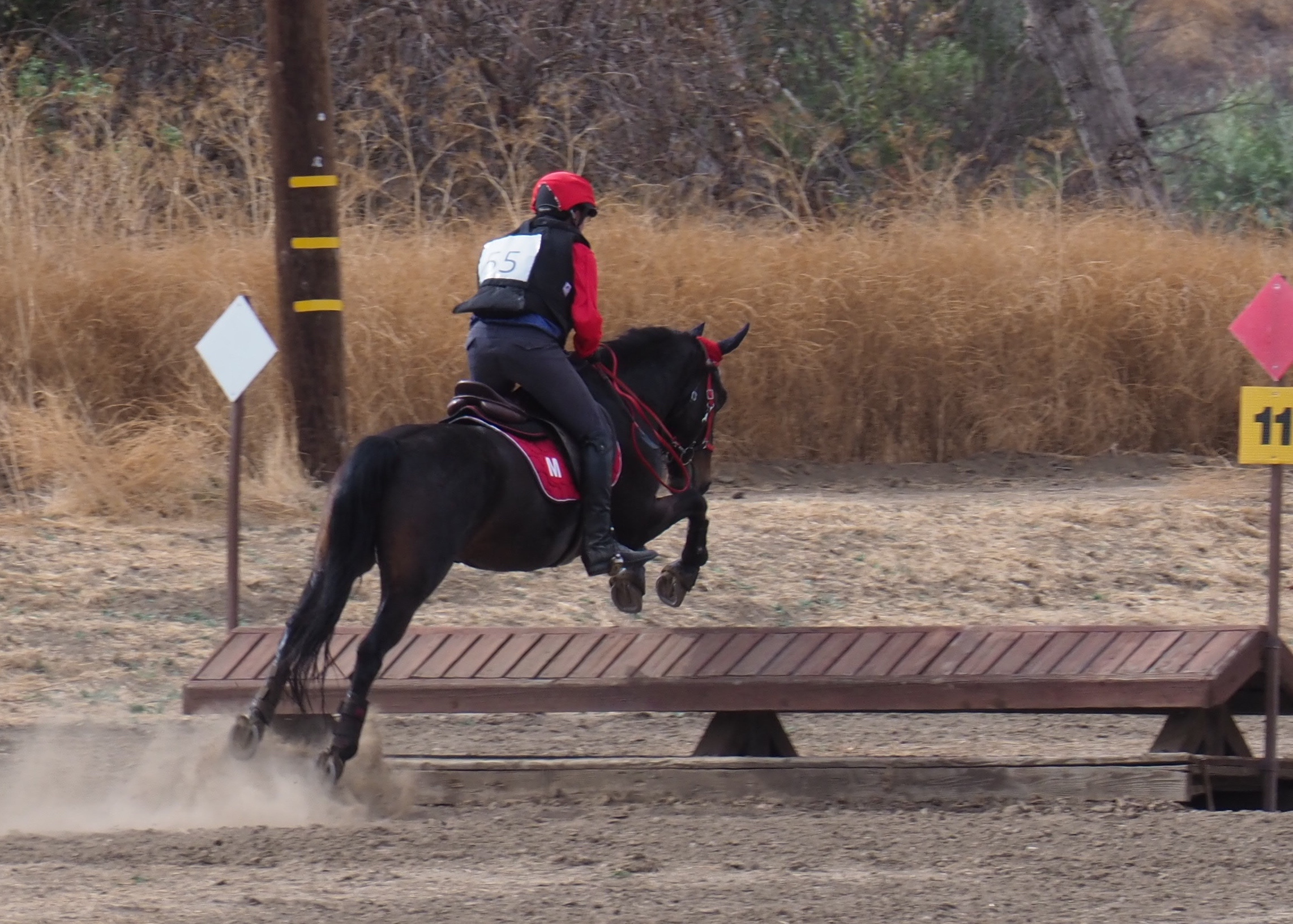 They were double clear for cross country. Unfortunately their one rail in Stadium dropped them from 1st to 3rd, but they still got a prize for 3rd (a gift certificate for a horse chiropractor).