The month started off well with Nilla looking pretty good. Then, two days before our 1st attempt at a 25 mile ride, Nilla looked like she might have the P-That-Shall-Not-Be-Named. Thankfully, it subsided quickly and must have just been a bad reaction to a sting/bite of some sort. We attempted the Fireworks 25, but the ride organization was rather FUBAR and we failed to complete when Shasta injured herself.

We prepped, practiced for and then went to a schooling combined test at RDLA and competed in the Intro division. We got a 29% in dressage and no faults in jumping despite only realizing once I got there that I’d never jumped Nilla over a course before or over any jumps with decorative fill. We ended up getting 2nd in the division. We schooled cross country while we were there.

We continued to mix jumping and dressage (although not always so awesomely) in preparation for going to a schooling show at the Woodside Horse Park. We competed in dressage and beat out small children for ribbons in the hunter ring. I also met Fig from Topaz Dreams. 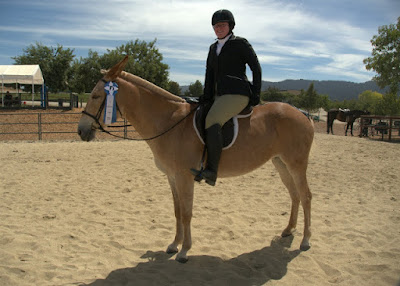 I searched for a dressage saddle to replace the Wintec that I dislike and doesn’t fit Nilla. Nilla was progressing really well at dressage with the help of our trainer. I also continued to trail ride and did a tough conditioning ride in a heat wave in preparation for another 25 mile ride.

I started the month off by getting sick on my birthday and barely making it through my birthday lesson. I was then sick for a good week and didn’t ride in between that lesson and my next. And that ride was cut short by Nilla being slightly lame. I then left for a week long vacation at Bitteroot Ranch which was a mix of trail riding, cattle work, and cross country jumping. 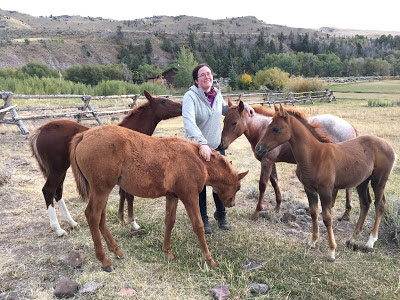 We returned from the trip to find Nilla still lame so the vet was called. We determined that Nilla’s hocks needed injections so she got them on Friday morning, had 48 hours of stall rest, and then went to a Horse Trials at RDLA on Sunday. Having basically not been ridden for the entire month and coming off of stall rest and feeling good in her hocks, Nilla was “energetic” in our dressage test and we got a score of 33. Jumping was also exciting, but we went clear and were in 2nd going into cross country. Nilla rocked the intro cross country course and we moved up to first place to win our division. 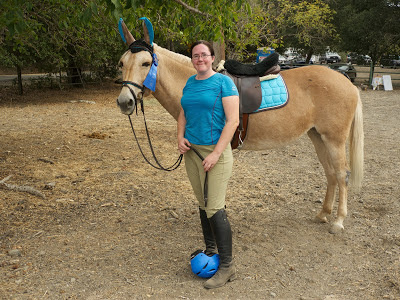 Oh October, you started off so well and ended so badly. We started the month off by completing our first 25 mile AERC endurance ride, the Quicksilver Fall Classic. I was really happy to finally finish an endurance ride, but Nilla’s hocks almost kept us from passing the final vet check and we’ll need to fix this for next year. 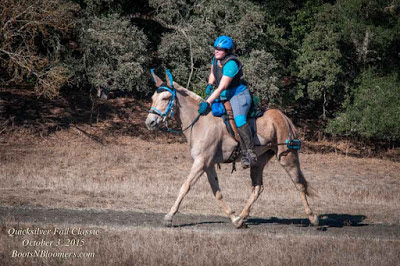 My husband and I took Dijon and Nilla to the Woodside Day of the Horse, I found baby pictures of Nilla, and both jumping and dressage practice continued. Nilla was starting to really get her grove on with jumping, but then everything was ruined when she broke her leg. And I’m not even being dramatic about this; she actually suffered a hairline fracture of her leg in addition to ripping her skin apart. The rest of the month was spent trying to deal with a mule who did not want to be on stall rest. I did take some time out to dress up chickens in halloween costumes.

I participated in No Stirrup November even though Dijon was a nutcase and I had to walk occasionally. Without any real riding to talk about and mired in my thoughts about all of my injured, useless horses, I discussed what we owe our horses. I also started a Blog Hop about Non Equestrian hobbies. I did manage to get one fun ride in when I took Dijon to the beach with Fig and Fetti. 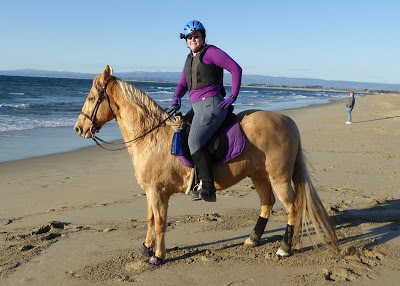 Much like November, there wasn’t much going on this month with Nilla still recovering. I did go see Cavalia and horse racing at Golden Gate Fields. We lost a good horse at our barn. I figured out how to make peppermint horse treats just in time for the holidays. I won two contests: one from Peace and Carrots and the other from Riding Warehouse.  But I mostly just spent the month despairing of the mud and hating the rain even though I know California needs it. 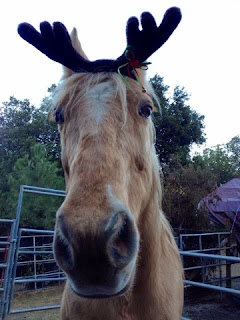 While the last two months have sucked, the rest of the year far exceeded all of my expectations. I not only met my goals for 2015, I went above and beyond. I am so grateful to the trainers who helped me along the way. I’m also thankful for my husband who is amazing and does so much with me even when he can’t ride. I’m also glad that, as terrible as Nilla’s injury was, it could have been much worse. We have a chance at an excellent 2016. Here’s to the New Year!