We’ve been waiting for late evening to try to ride as it has been really hot and humid here. Last Friday we had another lesson with the dressage trainer. She says Nilla is doing so well at the walk and trot and that she wants us to do a show with her in August. Her level of showing is all rated shows so the price would be a lot and since we’d just be doing intro, I’m not sure that I want to spend that much. I told her I would think about it depending on how well Nilla does at an upcoming schooling show.

Unfortunately for blogging purposes, but probably good for actually riding purposes, this trainer keeps us so busy during lessons there’s no time for pictures. She’s rapid fire working with one or the other of us and if I get a minute to walk around, by the time I might get over to my camera, her attention is back on me. So, to break up all the text I’m sharing pictures from Monday’s ride.

We’ve been working hard on bending and going on the bit. You know, super exciting things. Lots and lots of transition work to strengthen her hide end. We started asking her to halt by stepping under herself with her hind leg and that’s tough for her. We’re also working on doing a bit of canter at the end. In Friday’s lesson, we pushed for full circles at the canter instead of just flailing for a few strides. 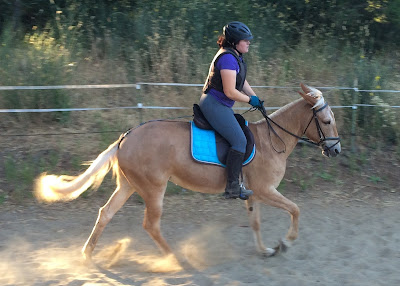 Saturday we skipped riding as it was too hot during the day and we had a BBQ at a friend’s house for the evening. Sunday was back to the barn, but we did a short conditioning ride in the park. I wanted to test the heart rate monitors we got and my husband needed to break in the new hoof boots he go before our 25.

We went over to the park and did a few loops around the main trail. We also did quite a bit of cantering and Nilla was really willing. She was stepping nicely into canter and actually continuing on for pretty long stretches. She got lots of pets and praise.

The heart rate monitors were interfering with each other so my husband did a quick loop without me. Normally, Nilla would have a meltdown about this, but this evening she just looked around with pricked ears but stood still and didn’t jig or scream. I really hope she continues to settle down like this. 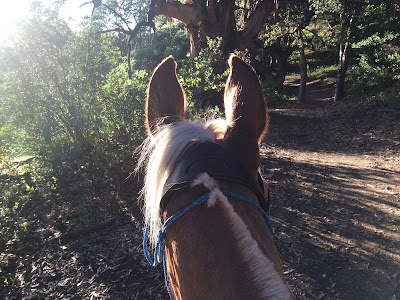 Monday evening we rode again. I wanted to actually practice in the arena before our next lesson. The past few lessons the trainer has asked if we practiced and my answer has been no. 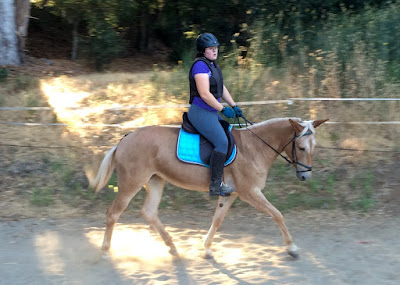 We did lots of trot and bending and a bunch of transitions. We practiced trot halt as well. We’re still getting steps of walk, but she’s definitely improving. 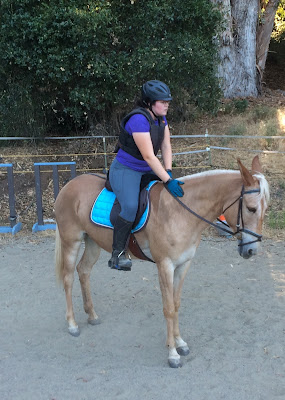 Then we moved on to canter, which is still a hot mess. I will say it’s a vast improvement over cannot canter in the arena at all, but dear god. 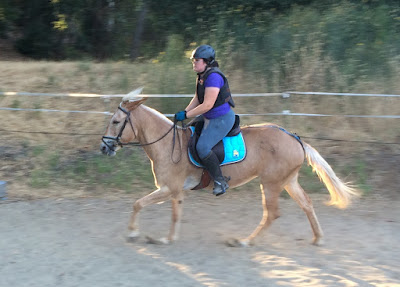 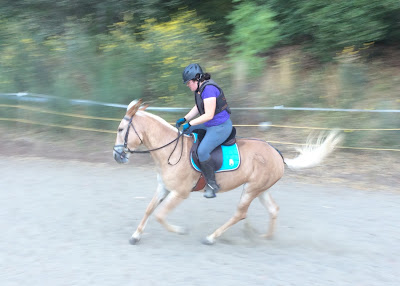