Things are still pretty hectic around here. So much so, I’ve barely had time to sit down, let alone post. Yesterday I started making dinner after being in town for hours running errands, realized the recipe was actually for a slower cooker and I needed to start it 6 hours ago, and proceeded to just sit on the kitchen floor in exhaustion.

We had brinner. It was fine; I just use that as an illustration of why I’m not posting much. I’m trying to prioritize adulting over blogging. For now…

This weekend, my husband and I volunteered at GMHA’s fall event. My husband signed up to scribe for the morning session and I signed up to do score running. I would have liked to scribe, but they only had one spot available for a 1/2 day scribe. Score running did give me a chance to do my favorite volunteer activity: drive a golf cart. It was pretty fun exploring the facility and, when I had down time, I got to park right next to the dressage judges and listen to them give comments to their scribes. It was really probably more educational than scribing as I get to watch the test while listening. When I’m scribing, it’s hard to get a spare moment to look up.

Volunteered at @greenmtnhorseassoc today. It was so foggy in the morning I couldn’t see the judges’ booths from the far side of the warm up. #eventing #volunteering #scorerunner

The next day we were back for another day of volunteering, this time as XC jump judges. I was at jump 2 for Novice and BN and Jump 1 for Intro and my husband was at 3 and 2 respectively. Although the second jump was pretty easy and inviting – as second jumps usually are – I eliminated two riders at my jump and saw a few more refusals. I’ve never seen so much trouble at the second jump. There was a creek crossing between 2 and 3 that wasn’t numbered, but several horses wanted nothing to do with it. I think Levi would need quite a bit of schooling before doing SC at GMHA as the courses crisscross the creek multiple times.

Another beautiful day at @greenmtnhorseassoc volunteering as a jump judge this time. #eventing #volunteering #horselife

Despite being pretty tired from getting up at 5am to volunteer that morning, we went over to the Tunbridge World’s Fair Saturday night. I love fairs and this is a great one. It’s massive with tons of historic displays. I like this horse treadmill power-generator: 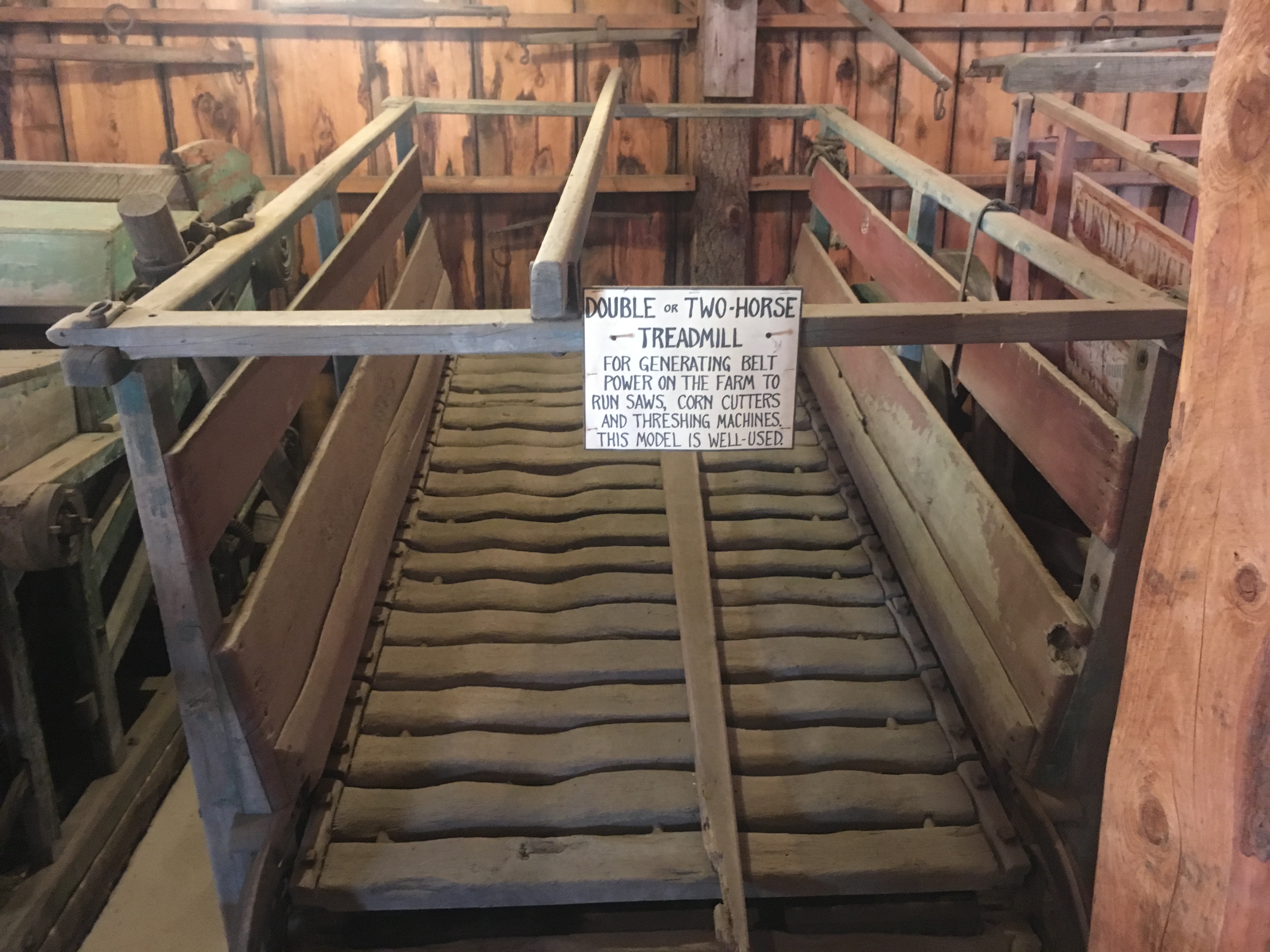 We also got to see oxen pulling. It was a free-for-all event so they just kept adding weight to the boats. We had to leave early but they were at 7,000+lbs when we left.

The oxen were MASSIVE

One of the few horse necessities we have purchased is a horse trailer. We actually bought the trailer the same day the horses arrived and the previous owners delivered it. However, we didn’t have a hitch until Monday when I finally got into town to buy one. We hooked the trailer up on Thursday to make sure everything worked, then popped the ponies in and drove down the road and back just to make sure there wouldn’t be any freak-outs. Levi didn’t really want to get on the little trailer at first – he’s never been in a straight load or a ramp trailer before, let alone such a tiny one – but once he got on, he was fine.

Took the ponies for a little test drive. I was surprised at how well Levi fit in the little Brenderup. #blmmustang #horselife #horsesofinstagram #brenderup #horsetrailer

It’s a used Brenderup. We’d like to get a bigger trailer – hopefully with an LQ – in another year or two, but we liked the idea of having a small trailer for day rides that we’d keep even once we got the larger one. The first ride went pretty well, so hopefully this works out for us.

We found a new farrier who came out today for the first time. He seems very good, though quite pricey. The horses were mostly good for their shoeings. They were a bit nervous about the new environment and didn’t like not being able to see his truck outside when he was working on shoes and making noises. They’re used to being shod standing out in the open. Levi loves to watch power tools run and generally isn’t spooky, but having those same tools be on the other side of a wall when he was cross-tied into a scary grooming bay? He was a little on edge. 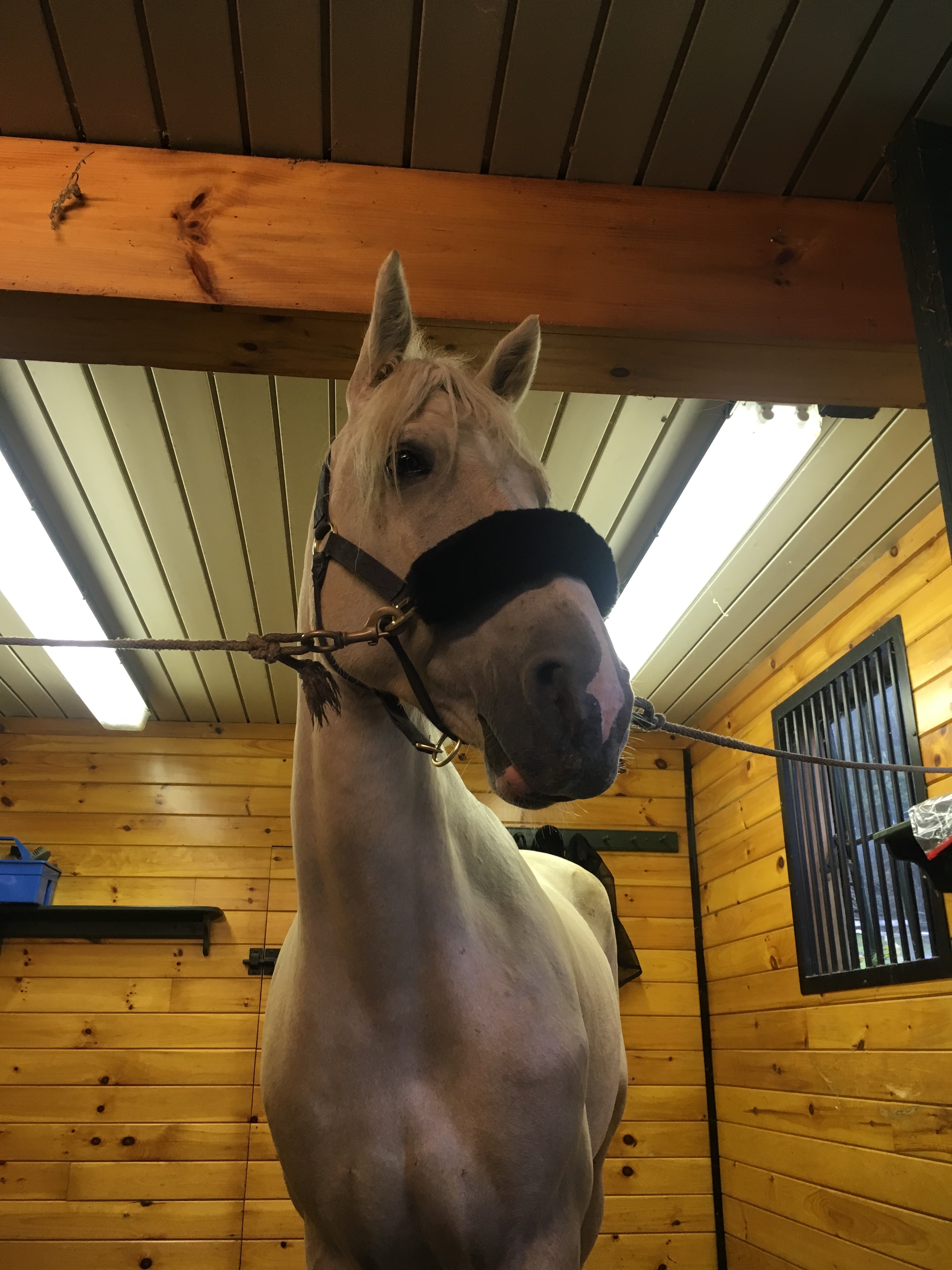 “omg, what is going on out there”

I needed new collars for the dogs and found some really cute ones made out of halter leather at the tack shop last week. When we were volunteering, I saw that the tack repair guy at the show made engraved halter plates and asked him if he’d make some for the colors. The plates matched perfectly. Even the tack repair guy was impressed with how well they came out. When I took the dogs in to meet their new vet for the first time, I mentioned that we had horses and she said “I figured given the collars.” Our dog and horse lives have always been rather separate before, but I guess we’re those people now. 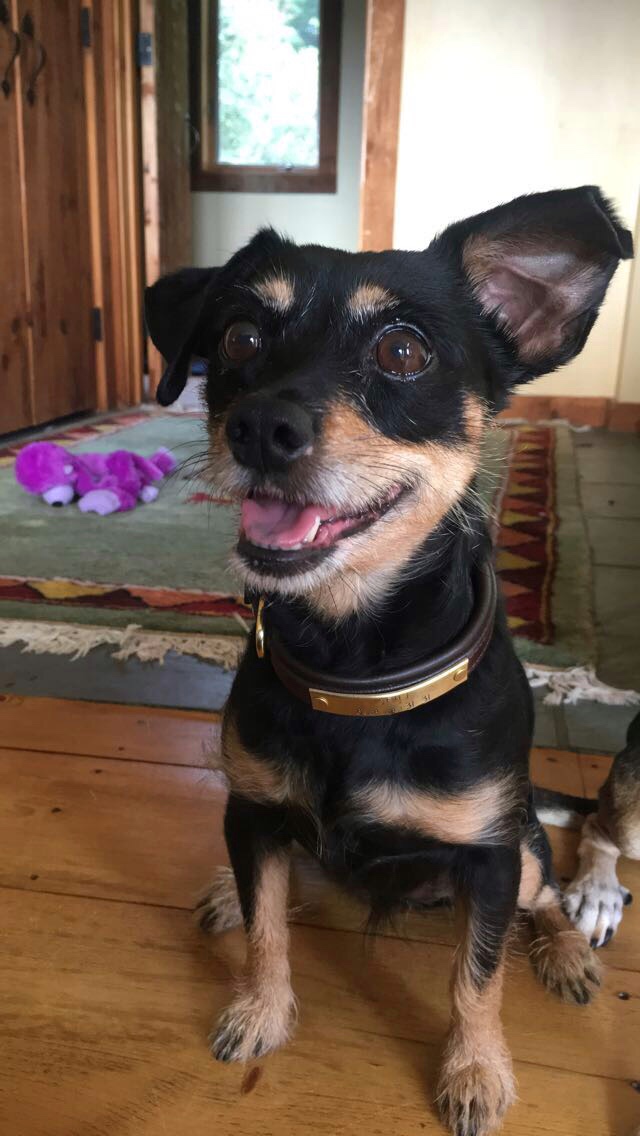