I think I’ve ridden less than 5 times this entire month.  And most of those rides were less than 20 minutes. It just hasn’t stopped raining. Our main arena has been closed and the small arena resembles a swamp. Even today the weather was calling for no rain, but it started raining as we were driving to the barn. We had resigned ourselves to not riding when the rain quit and we figured we should get out while we could.

We took the high route along a fire road down to a camp near our barn and then followed an actual rode over to the picnic grounds. The trail from there goes steeply up hill so we skipped going any further given the mud and Nilla’s need for breeching.

Surprisingly, the picnic grounds had great footing – and was deserted – so we spent maybe 15 minutes trotting around between the tables and trees. It was actually great practice for Nilla who thinks bending is an affront to nature.

On the way back we stopped to let the starving beasts eat grass for a few minutes. There hasn’t been green grass in a year and the drought last year meant there was very little even then.

They would have stayed all day, but they’re not used to it, so we dragged them back to the barn. There we tried to get them to stand near each other for a picture, but Shasta is a bitch, so it didn’t work out very well.

It’s hard to get them to prink their ears forward when Shasta is planning biting and Nilla has to keep an ear on her to avoid it. This is the best we got: 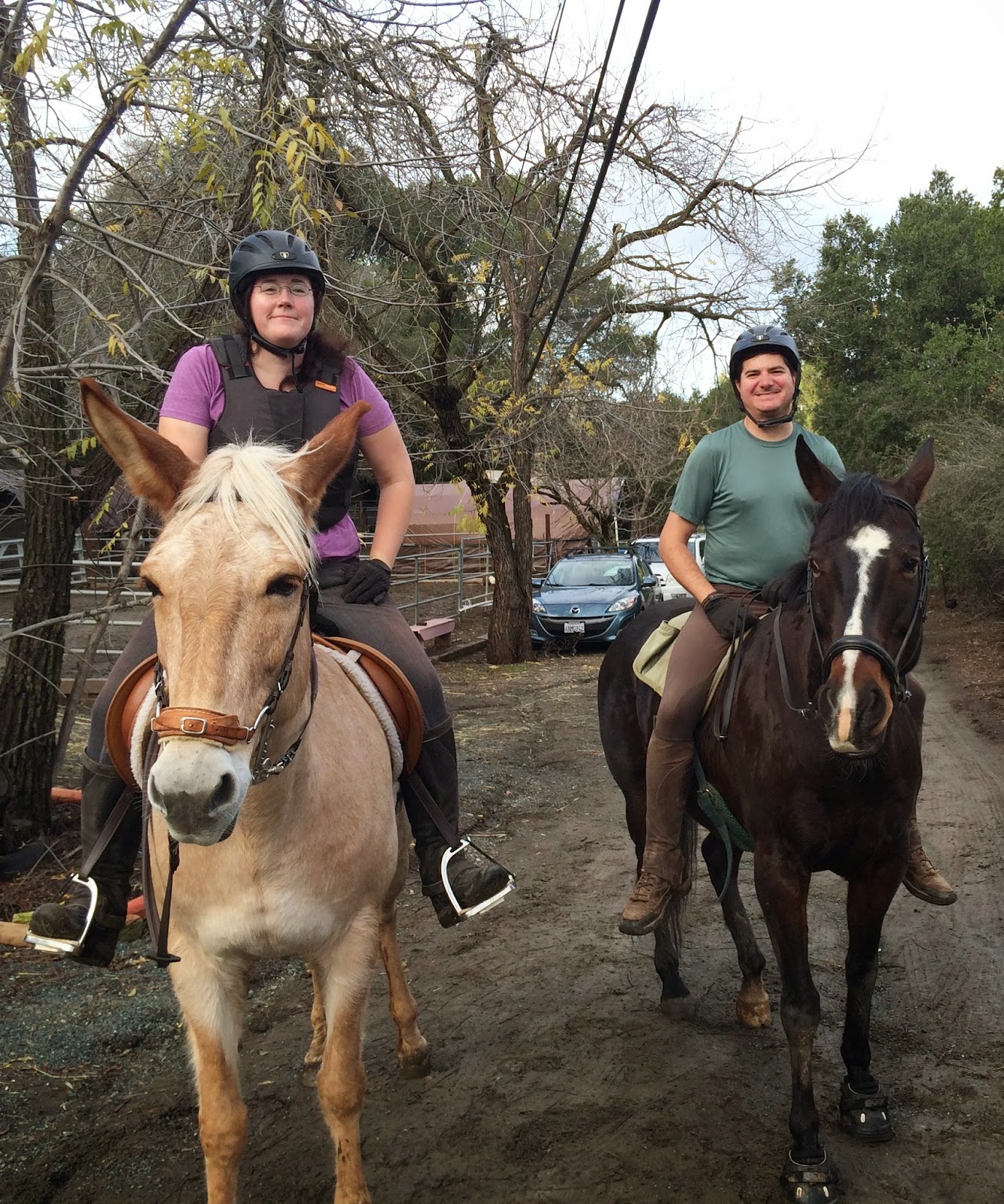 3 thoughts on “I actually rode for once”