We had an exciting day planned of trailer to a park and riding but then we decided to be adults and get the truck’s oil changed instead. We did make it to the barn in between the oil change and heading over the mountains to pick up my saddle in Santa Cruz.

It was freaking hot out today. Shasta was actually sweating just standing in her stall when we got there. There were also flies. It’s half way through March and it’s already 90 degrees out and the flies have started. This summer is going to be miserable. We cleaned stalls and then tacked up Shasta and Dijon and walked up to the arena. We practiced some side-passing and bending around cones. Really fancy stuff.

Then we walked down to the park facility. I got Dijon to gait up the hill back to the barn and then tried to get a picture of my husband galloping up the hill, but I only had my iPhone so it didn’t come out very well. 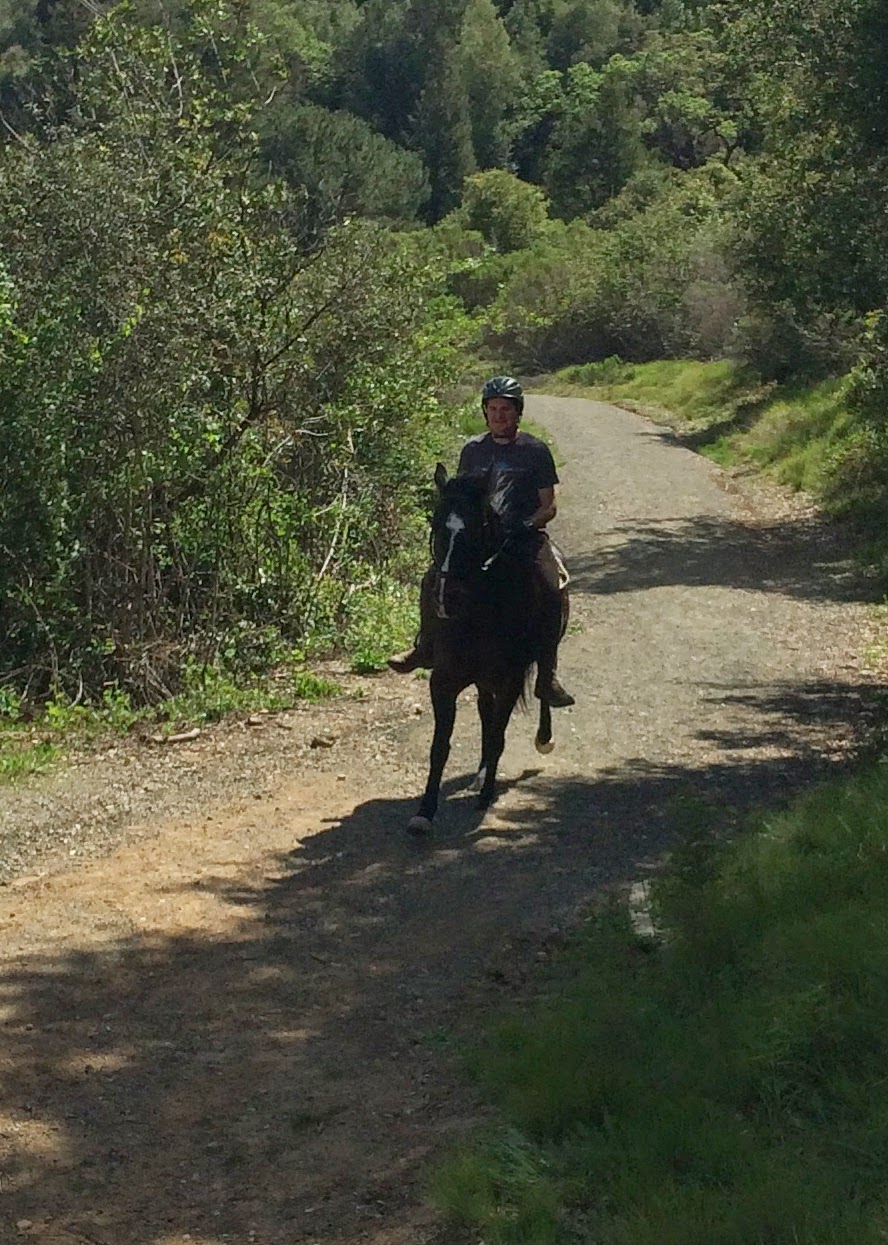 My husband was turning Shasta out in the turnout attached to the back of our paddocks. There is a gate in Shasta’s and Dijon’s stalls, but not in Nilla’s. We just put her in after them. Well, she took objection to that today and jumped her fence. Admittedly, her paddock was missing a top rail for unknown reasons but she still jumped the bottom 2 rails – maybe 4 ft. So she can jump when she wants to. Just not when I want her to. She also proceeded to gallop around bucking in the turnout so that should be really fun to ride tomorrow.

We did make it down to pick up Nilla’s saddle today so we’ll also see how that fits tomorrow.