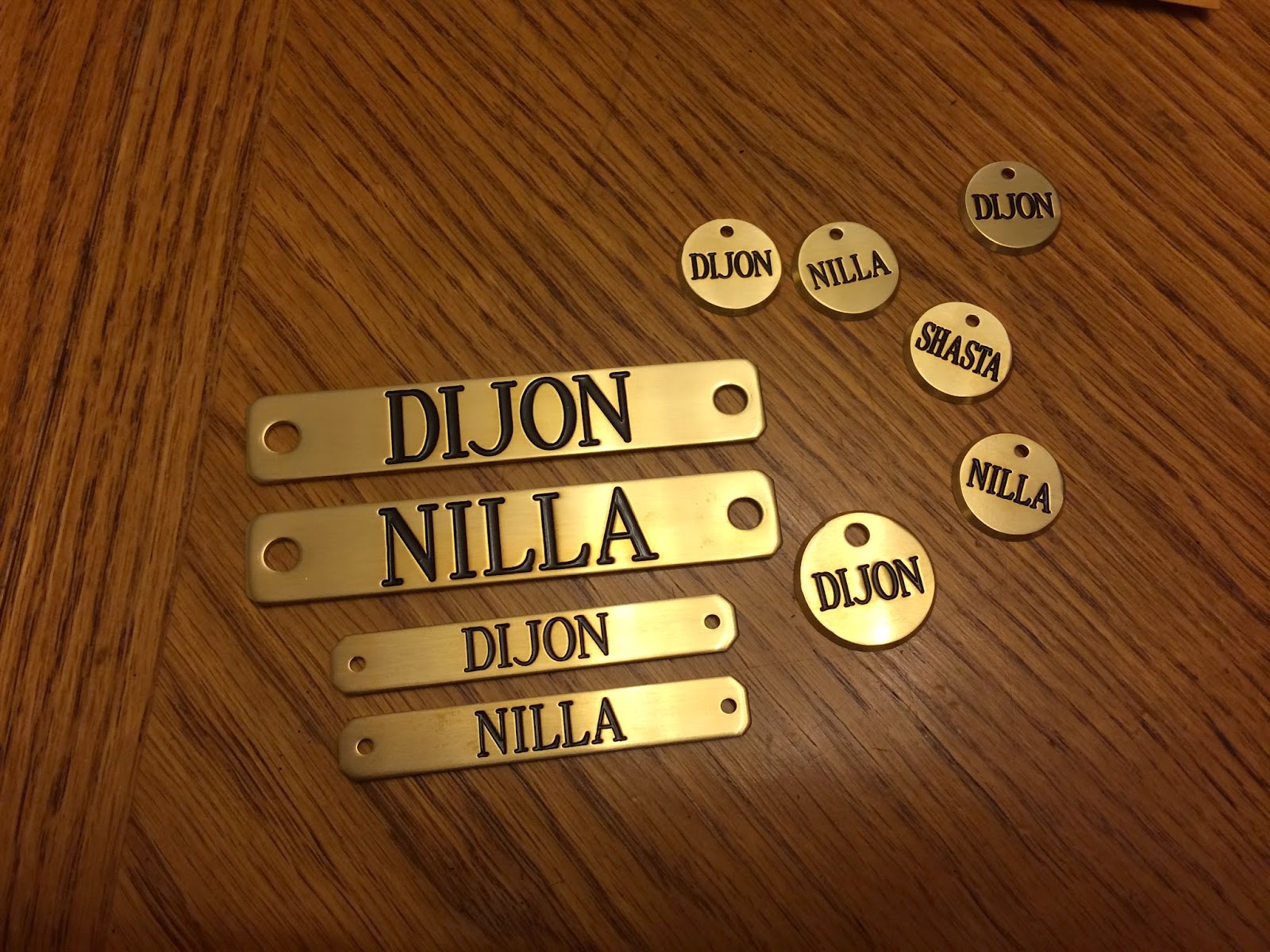 My lead rope kept disappearing (being taken by other people at the barn who also liked it) so I decided I needed to get a tag for it. As with pretty much all horse (and Target) shopping: 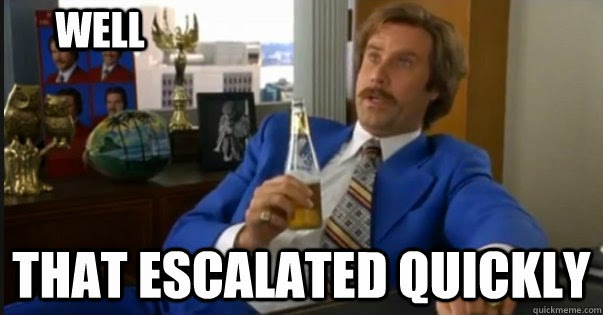 So I ended up buying halter tags, bridle tags, saddle tags, and the one lead rope tag I initially needed. I justified this because I was going to: 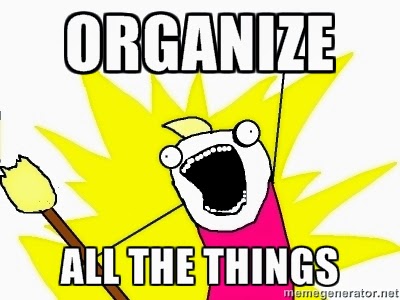 We have a lot of leasers and some of them like to move our bridles and saddles around. Why? I do not know. If I knew who was doing it, I could ask them. Since I don’t and therefore can’t, I figure more labelling can help. Plus, you know, I get to buy things.

I ordered from HalterTags.com because they were the cheapest I could find that had a good website. The quality was pretty good. The letters are etched in quite deep and the metal isn’t too thin or cheap. They should last for a while. I really wanted silver instead of brass, but they did not have that option when I ordered. I did get a card in my package saying silver is coming soon so yay for future me?
Today, I went to the barn to try to install these. I forgot to take a hammer though so I didn’t get to the saddle ones yet.
I have nylon halters so the halter plates were a bitch to get on. I took an electric drill to put holes through, but then I still had to finesse the bolts through the nylon to get them on. The end result was pretty good though:

I particularly like the bridle tag ones for being really tiny. It would be much better if it was silver like all the buckles, so I may replace in the future. 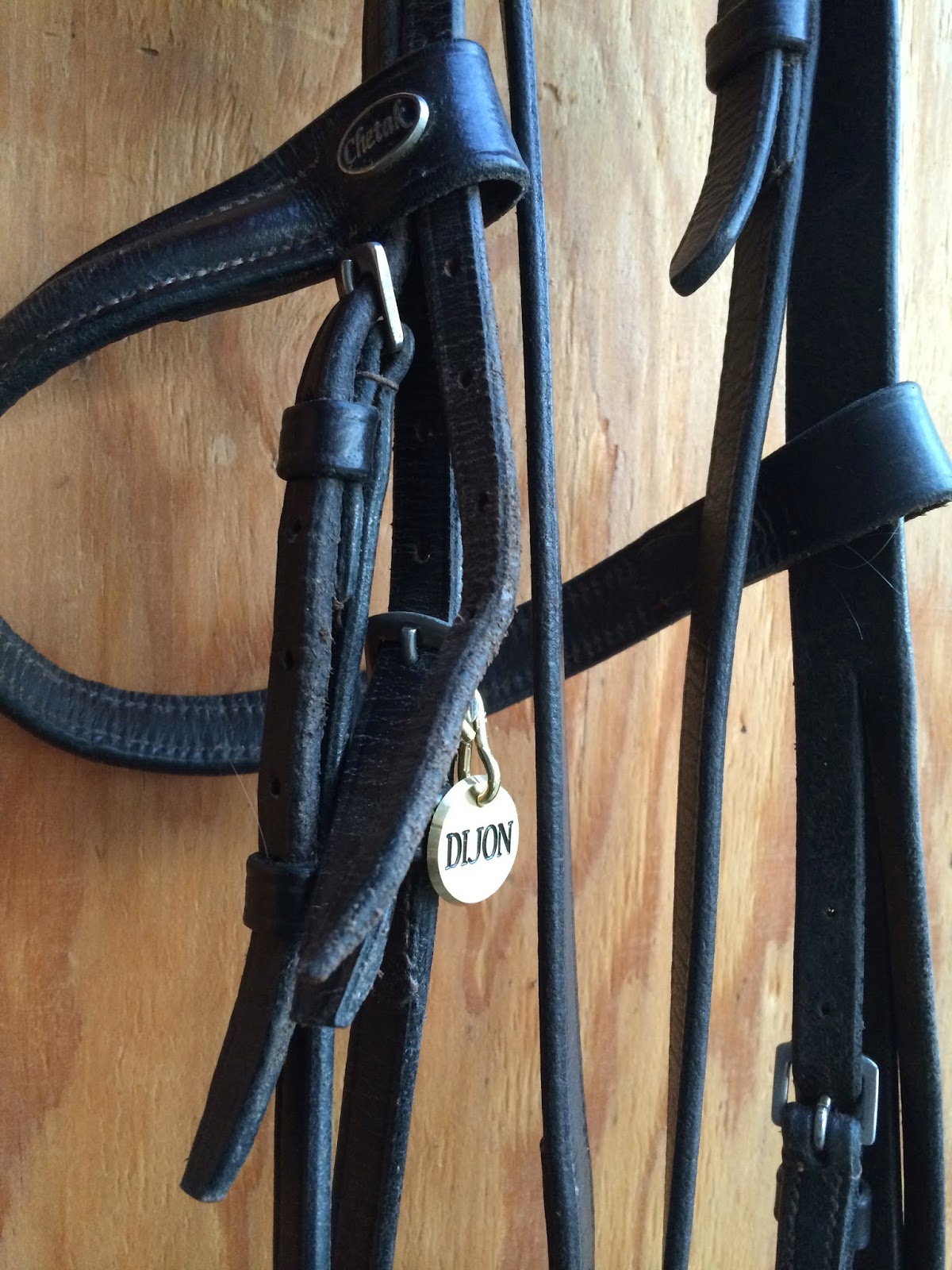 The only con to this was that it took forever to get them. I placed the order on Dec 2nd and received them sometime while I was on vacation (so post December 23rd). Their website claimed the date for orders to be received before Christmas was December 15th, so I have no idea why this took sooo long. Luckily, I wasn’t needing them for Christmas, so it’s fine for me in the end, but if anyone is thinking about buying from them, don’t expect them quickly.