It finally stopped raining long enough for us to ride this weekend. Which was really too long for the ponies to have off. I think I’ve ridden Levi twice so far in 2017. Levi and Eugene were both packing a ton of pent-up energy, which you may have seen on my Instagram.

It needs to stop raining so this nut can get some exercise. #blmmustang #horsesofinstagram #raingoaway

Our arena was still closed with large puddles in a few places and the trail to the winery had a mudslide blocking it about half way up, so we wandered out in the other direction. Unfortunately, Levi’s feet were ouchy on the gravel so we only went out a short bit. My farrier said it’d take about a year to get his feet hardened. He’s come from living in sand/mud paddocks for his entire life and his feet aren’t built for this. He advised me to get shoes in the summer when we start riding more. At Levi’s most recent trim, the farrier found a bunch of bruising. I’m going to measure him for boots, but I didn’t have them for this weekend, so we took it easy. After we got out to the park, I hopped off and let my husband run Eugene up the hill and back. 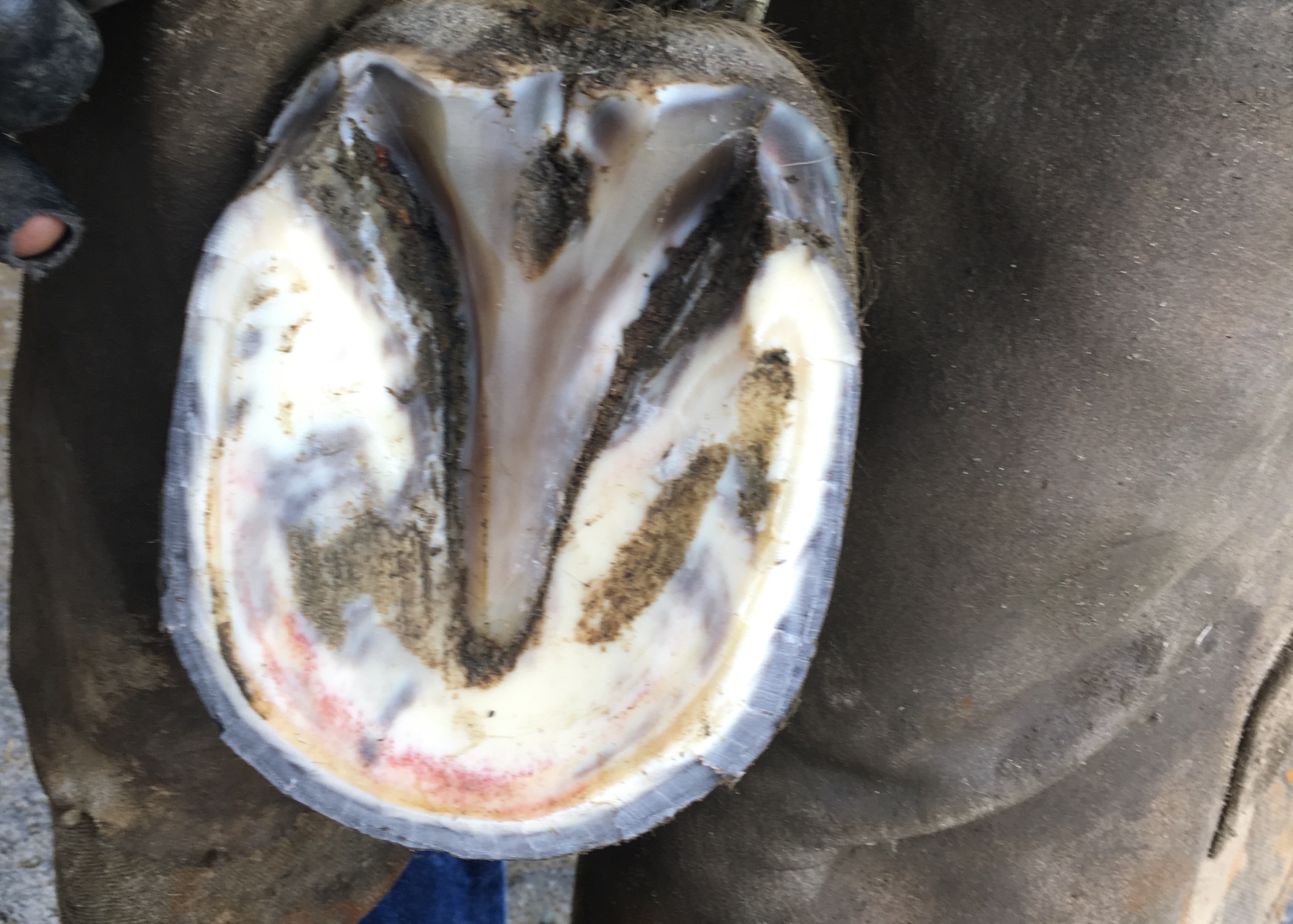 Levi lost his mind for a moment and it was actually a pretty good opportunity to school him on keeping his attention on me and not on his herd mates. He is very, very herd-bound, so horses leaving him is probably his worst trigger. There was quite a lot of spinning and screaming until I got him to focus on me. 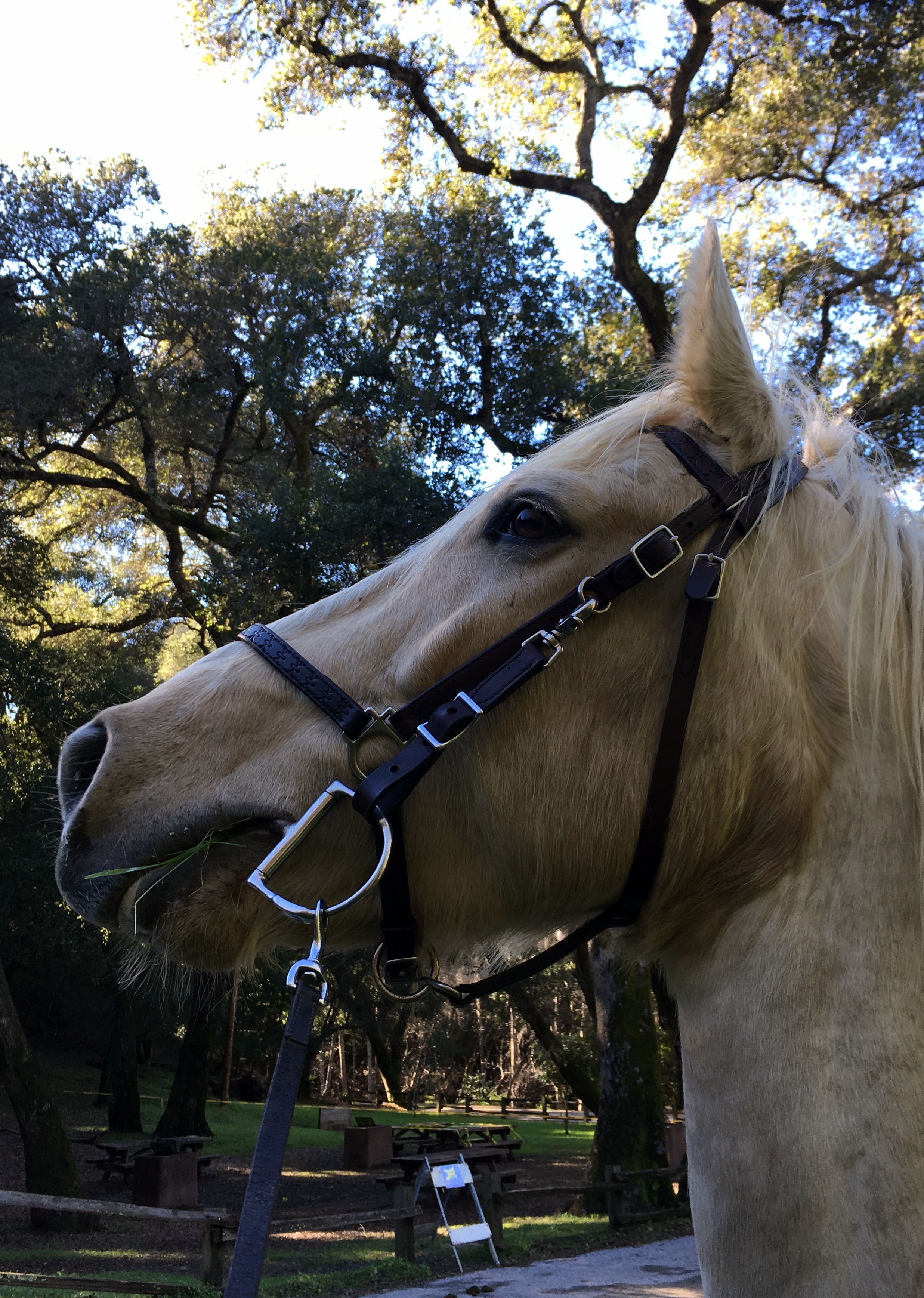 Once Eugene returned, I hopped back on and we returned to the barn. Despite his antics earlier in the week, Levi was actually very well behaved. When we got back, I turned them out to roll and then free lunged them a bit. Eugene was running around like an energizer bunny, but Levi just kept trying to go stand in the corner. Or play biting games with Eugene.

I think the mural on the hay barn really ads to this shot. #horseart #blmmustang #lunging

Unfortunately, it’s slated to start raining again on Tuesday and continue through the next weekend. If it ever stops, I might get to ride 4 times in January. We’ll see. Of course, Levi, being a giant white pig, loves the mud. 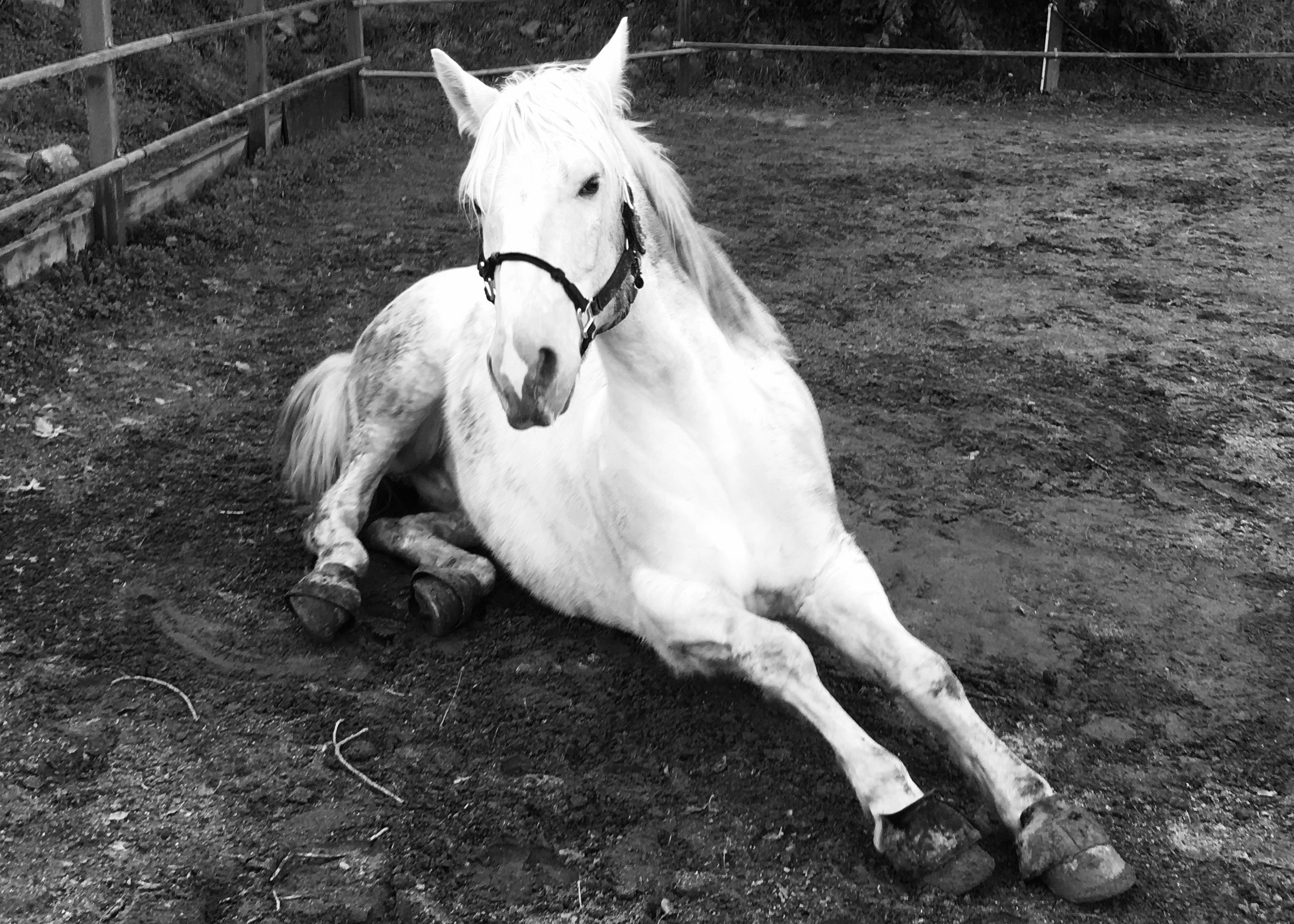 26 thoughts on “The Rain Finally Goes Away”