Saturday was stadium and it was a tough course. In addition to a bunch of rollbacks and a tough 2-stride combination, they had an option. The grand prix arena at Woodside has a track that goes down into a depression and another track that goes up on a raised section. For BN, they used the depression with a vertical set in it. You had the option to skip it and go further around to an oxer. On a course that a lot of people were picking up time on, the oxer was not an easy choice. 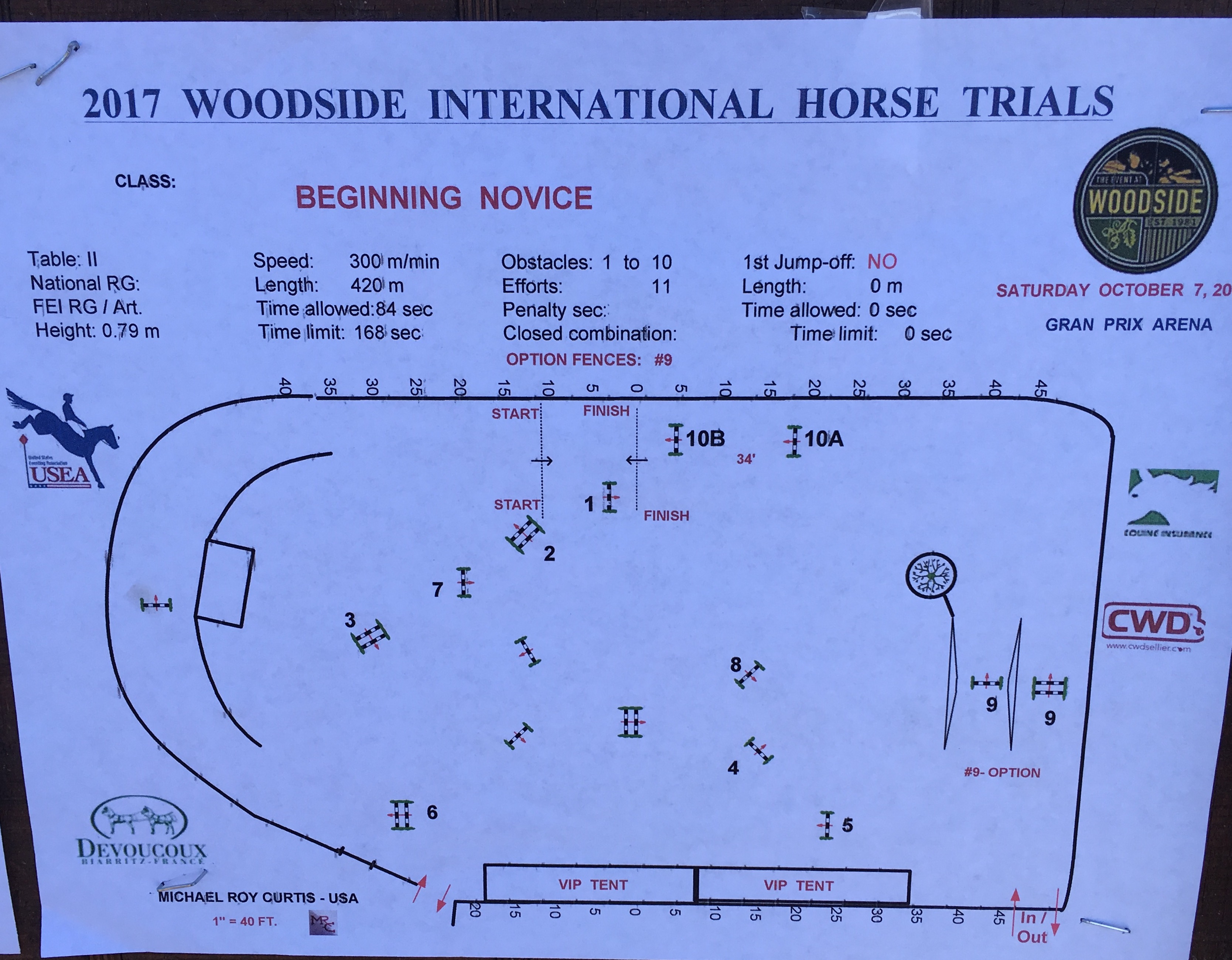 The stadium ended up being about an hour delayed due to a really bad fall. We knew it was delayed, but were initially told it was going to be just 30 minutes delayed. So we got Eugene ready too early. My husband ended up just hopping off and standing around with him for a while. Because of the delay, the warm up arena was extra chaotic. People kept showing up early and being told they couldn’t go in yet. Once Eugene was allowed into the warm up arena they spent a bit of time trotting and walking around before getting to the jumping. We didn’t want to tire him out.

I did catch the above moment with Kate coaching David. I didn’t notice she was doing it until I saw the pictures later or I would have centered the picture better, but I’m guessing she’s trying to jump the jump for them? I dunno, but I love it.

Once in the arena, Eugene was happy to be jumping and tried his hardest. I’ve really never known a more honest horse. He tries his heart out for my husband. Even if the striding is wrong or there is something scary, he’ll jump the jump if my husband points him at it. 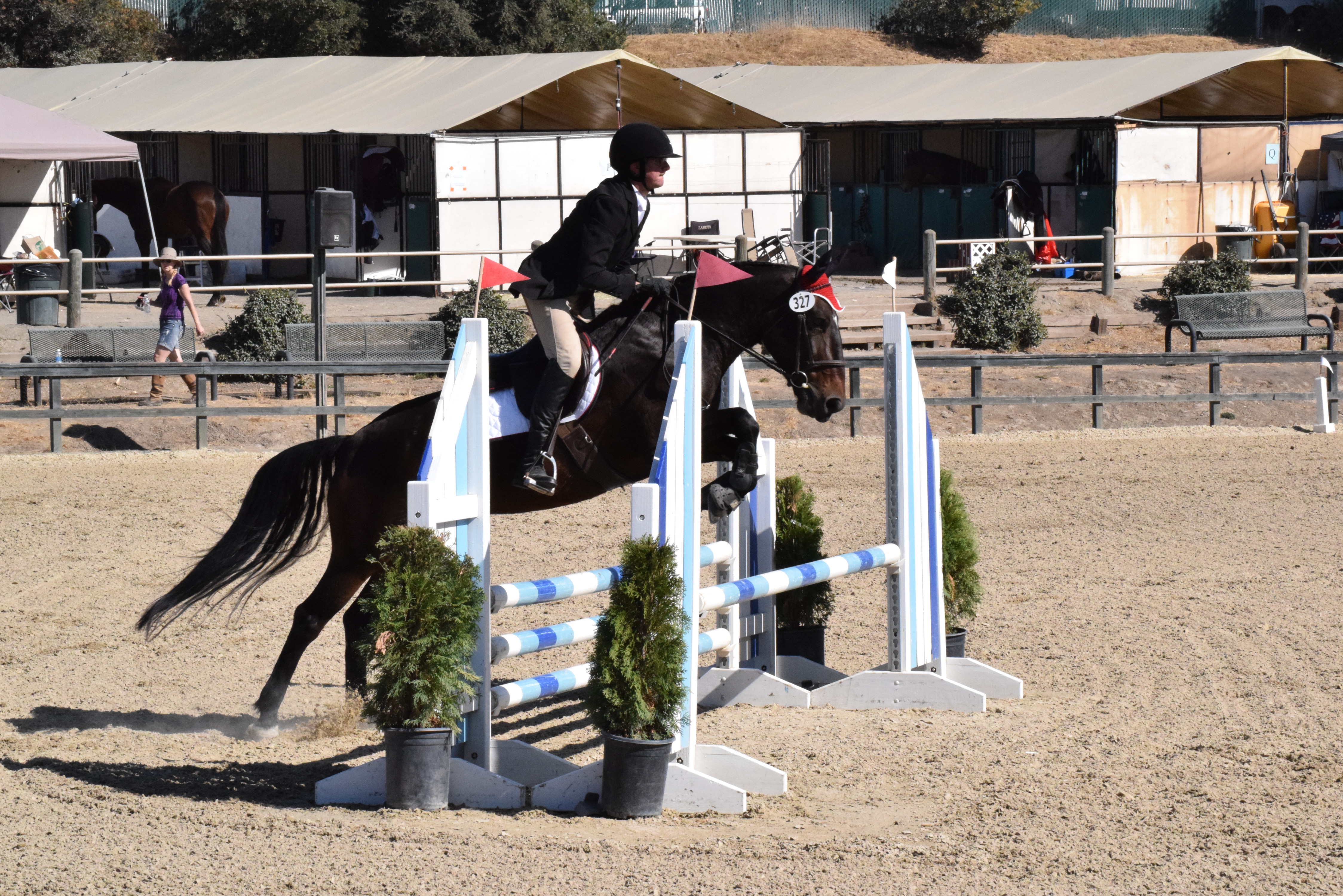 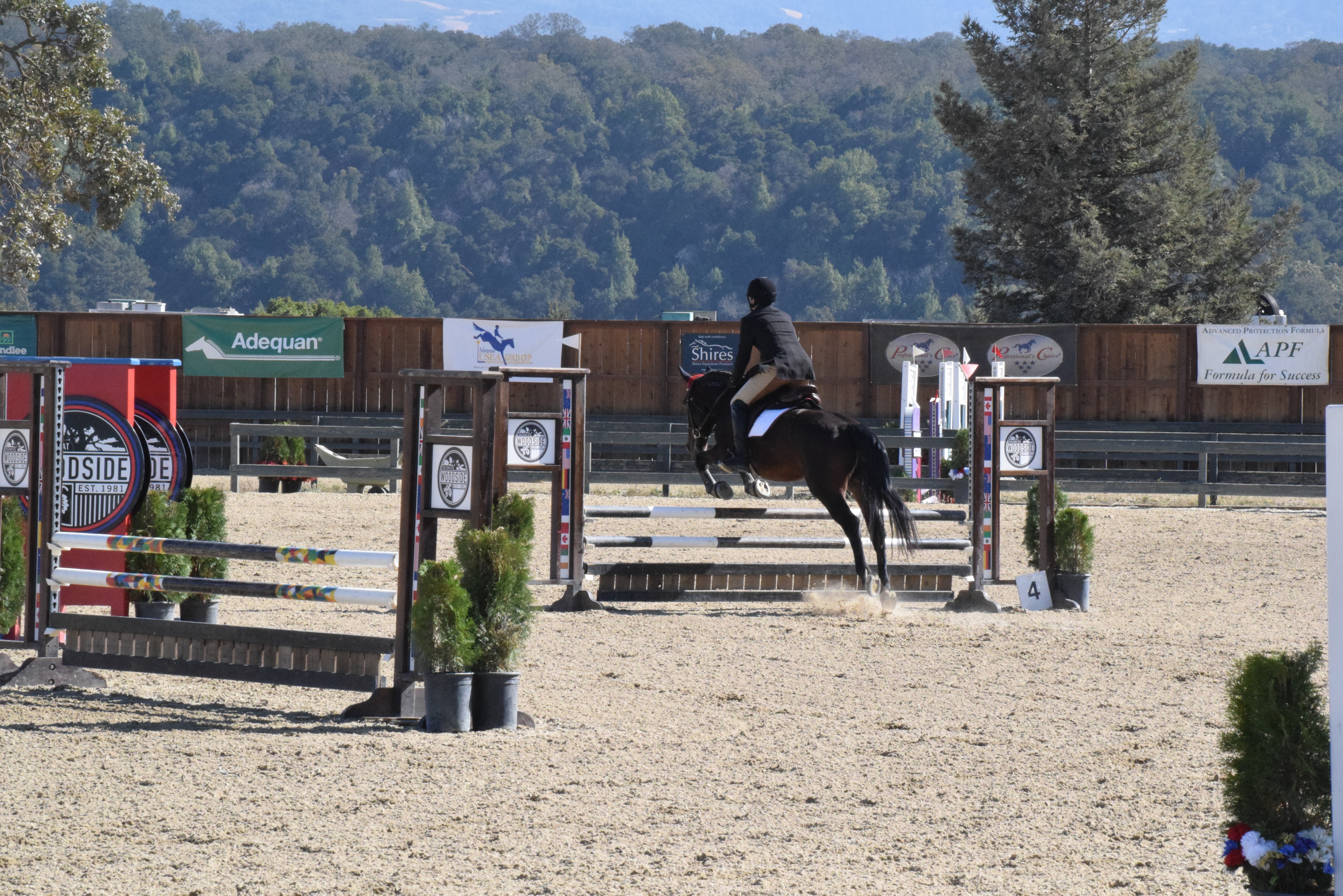 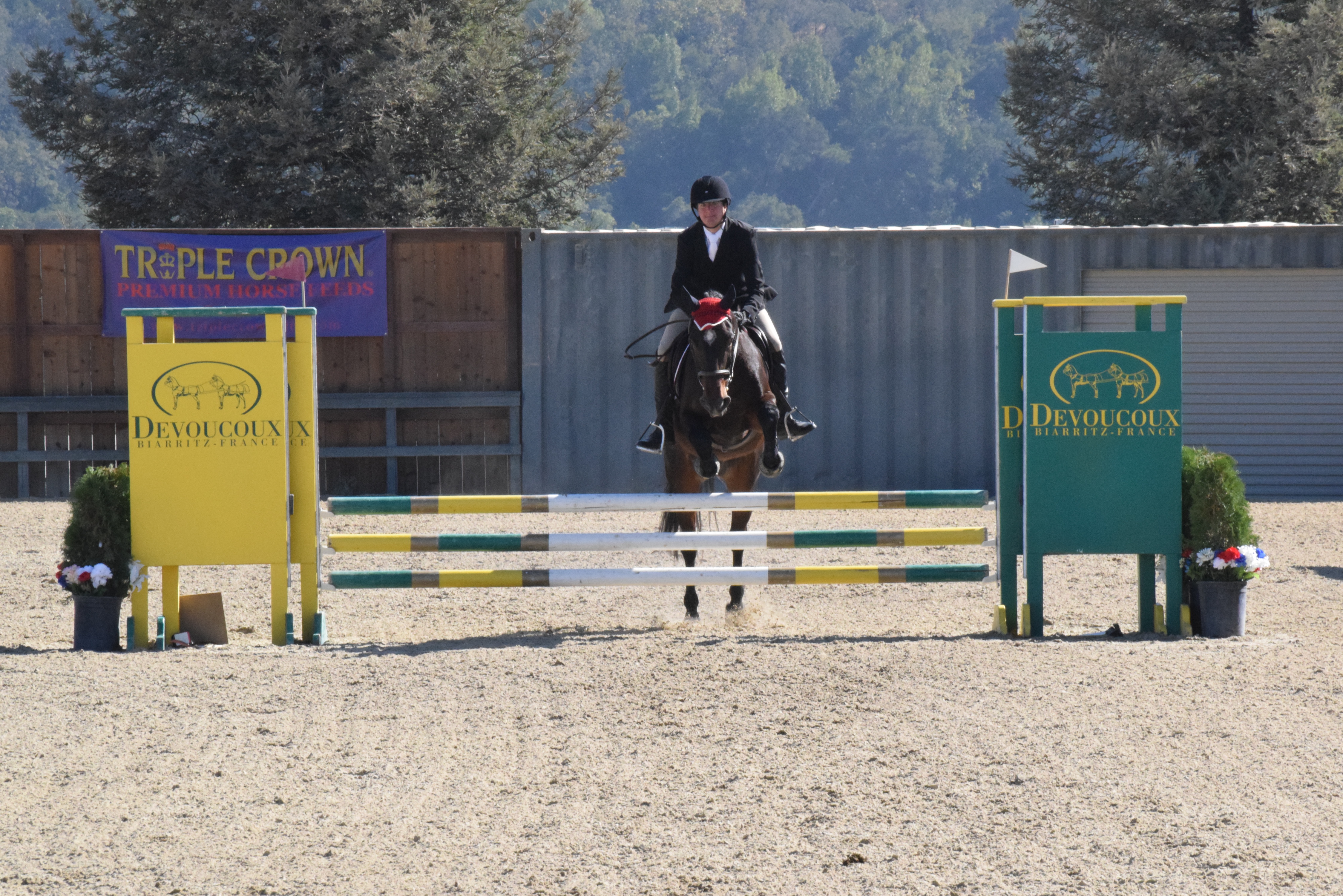 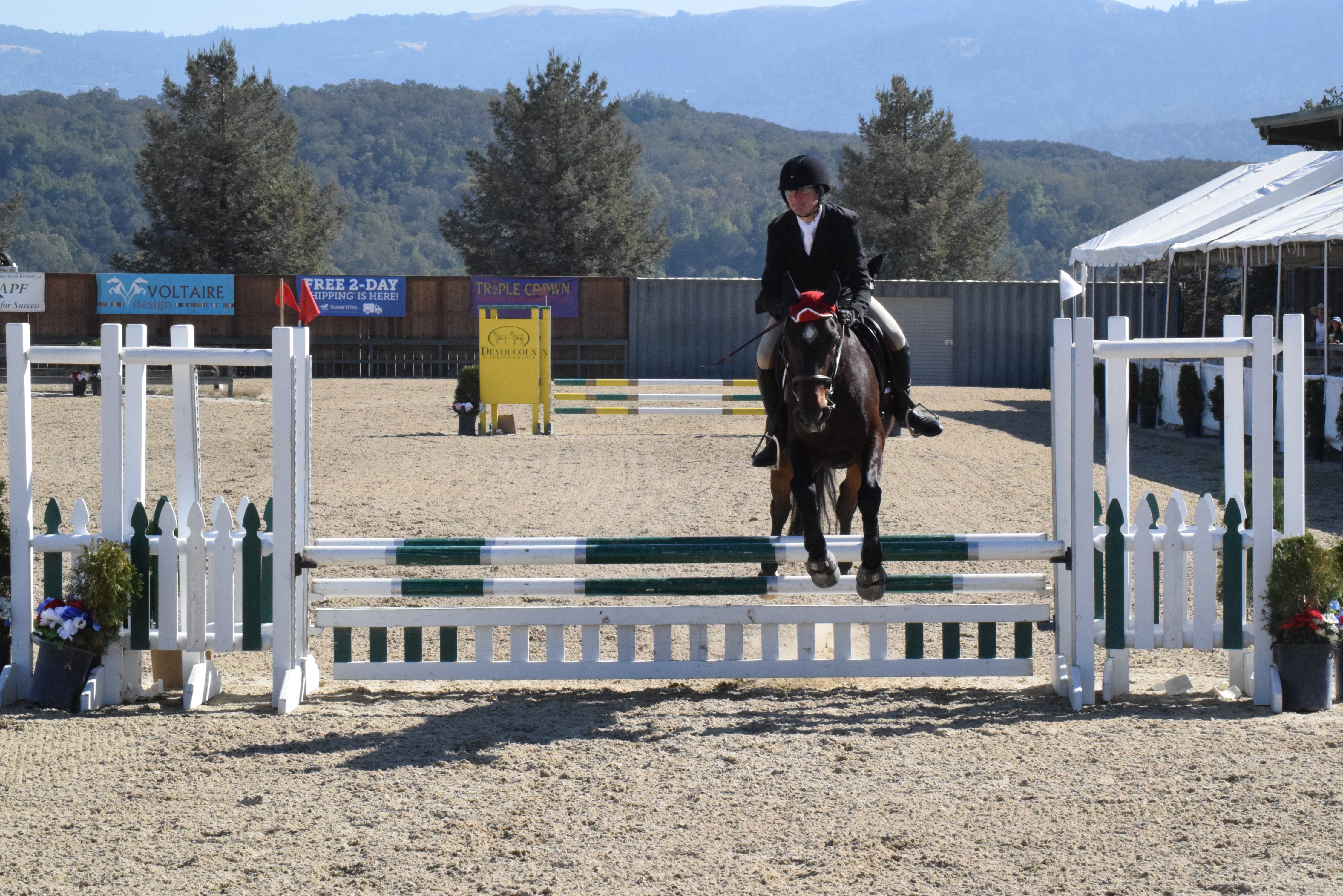 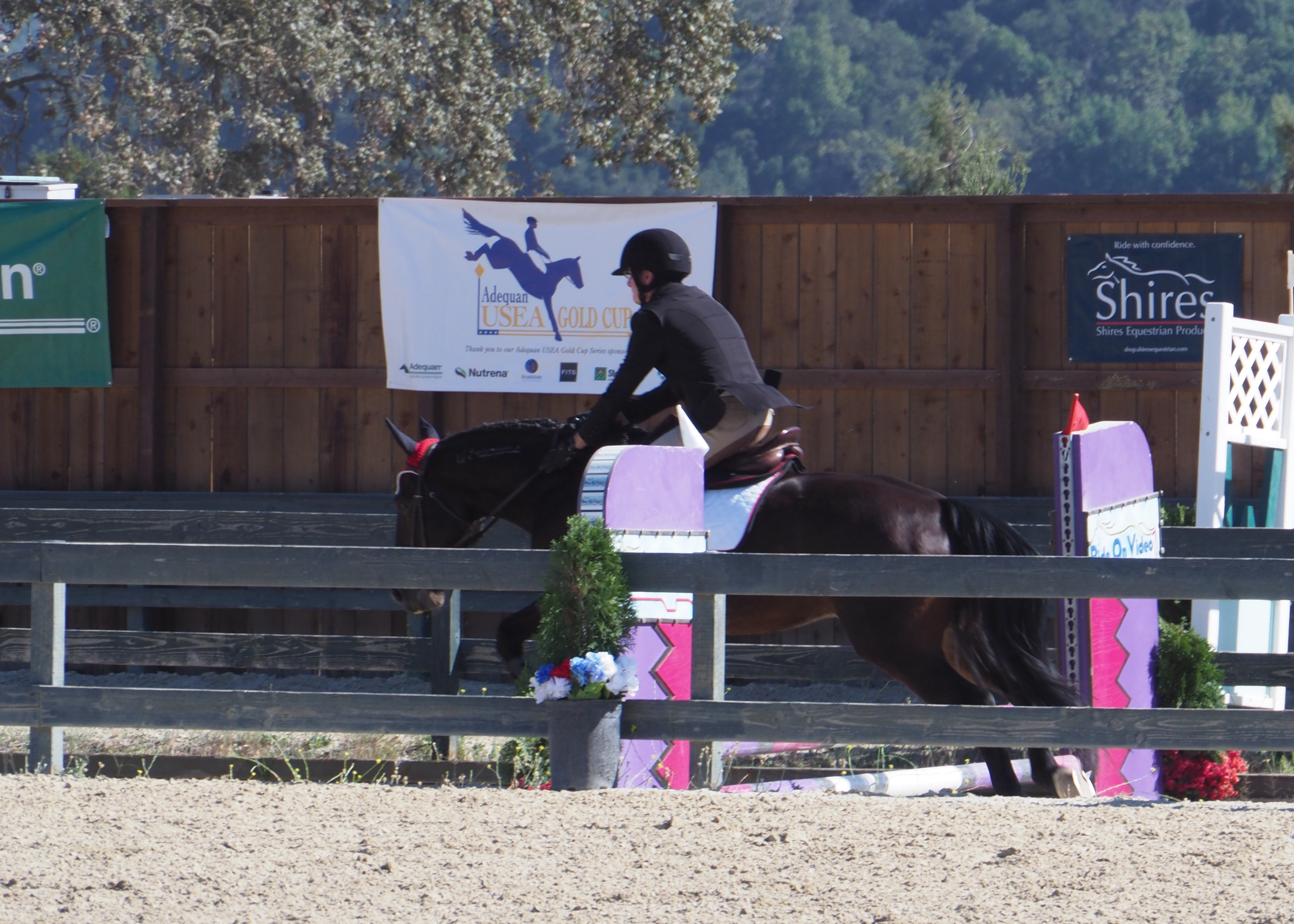 They even took the down hill option 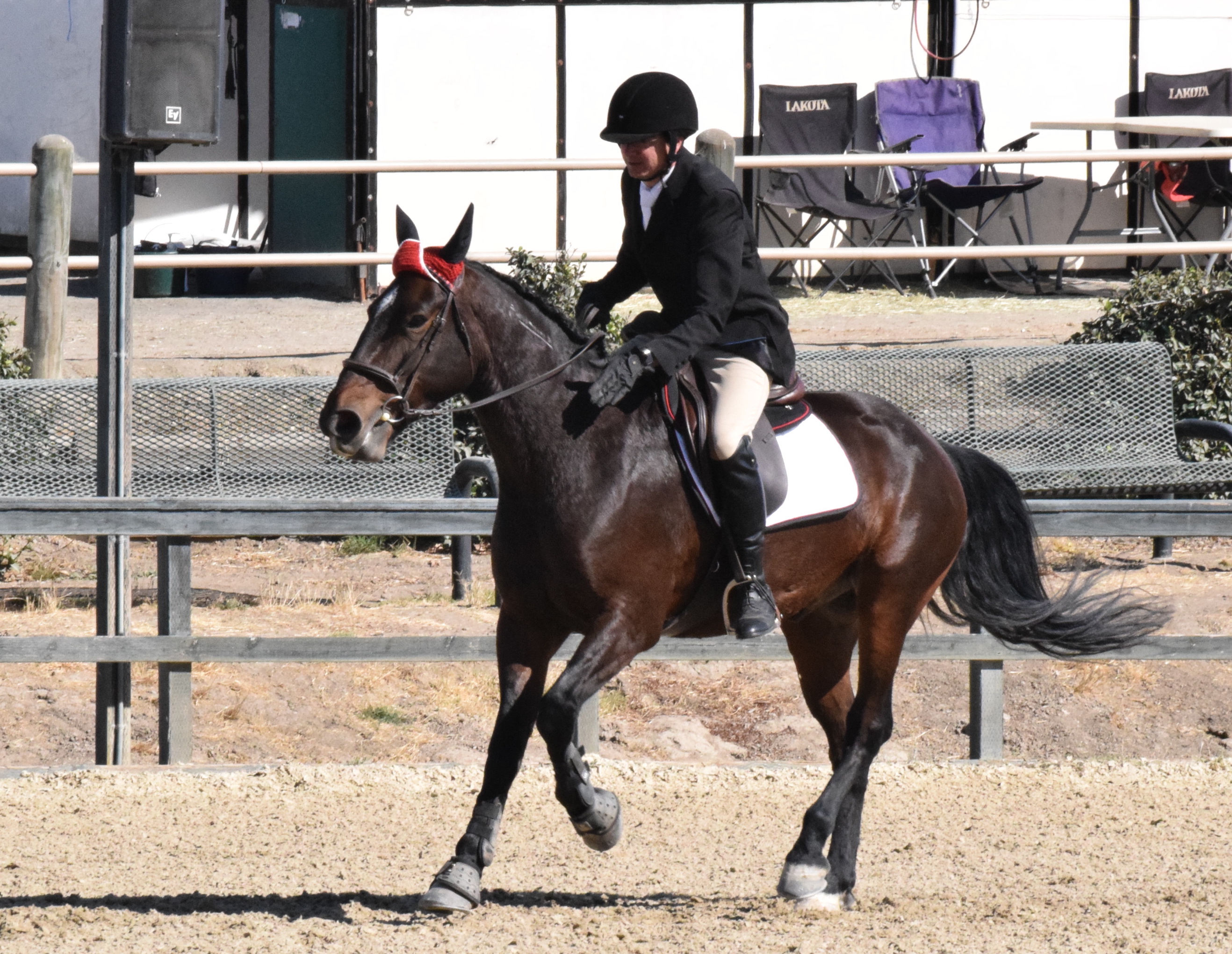 Pats for a good boy

Sadly, they knocked 4 poles, which left them firmly in last place. It did seem like a much smoother and less hectic than in spring, but Eugene’s just not picking his feet up. We got a new camera and I spend the whole weekend trying failing to figure out how to use it. Luckily, Kathy was there to take some good shots so a bunch of the above are PC Kathy. I read Kathy’s blog about a year ago, but didn’t realize he’d returned to blogging. If you’re not reading Kathy’s blog, you’re missing out.