Every year, we go to the Neigh Savers charity luncheon at the Golden Gate Fields’ Turf Club. We adopted an OTTB from Neigh Savers years ago. I ended up selling her, but we still keep in touch with the organization and support them because they help a lot of retired race horses find new homes.

Every year we go and spend about $20 losing bets on the races. I generally have no idea how to bet on horses, but we’ve been going to this event for 4 years, so I’m slowly getting better. Of course, my general MO of betting on all the grays remains a terrible idea, but I just bet for fun so I don’t care.

There was a very cute gray in the first race so I bet on her. For a low end, maiden claiming race it was really exciting to watch. The grey, Guia, was a bit behind, but rallied on the final stretch and then 3 horses all crossed the finish line at the same time. Even on slow motion replay, it was impossible to tell which horse won. On replay, you could see that 2 were closer than the third, but you could not see it at all in real-time. It took a long time for them to pick a winner and they finally called for a tie. I didn’t even know that was possible. Apparently dead heats, while very rare, do happen. 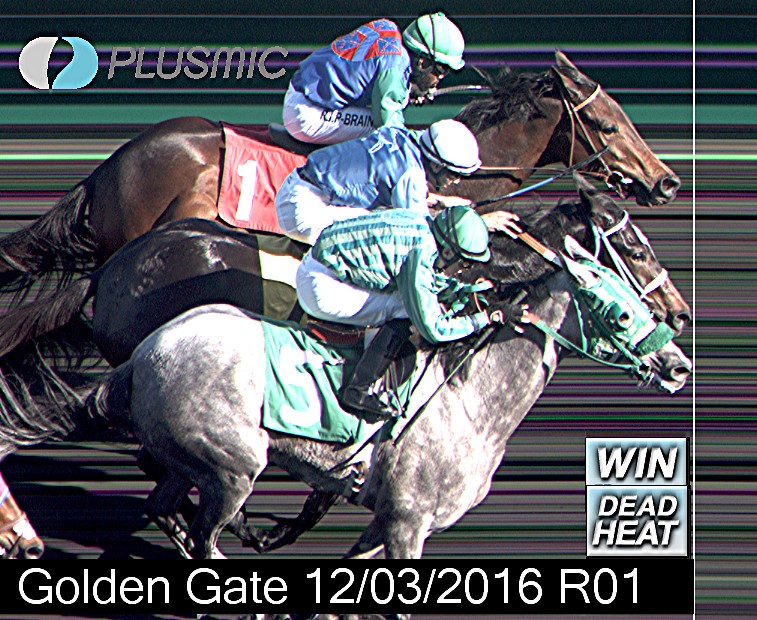 Seeing a live race end in a dead heat was probably a once in a lifetime experience. They’re just that rare. It was really cool.

Last year the guy at the betting booth taught me how to do $0.10 superfecta bets, which is a bet on 4 horses to win in a particular order. The minimum bet for a straight win, place, or show is $2 and exactas and trifectas are $1, but a superfecta only costs $0.10. The thing is, your chance of winning a superfecta is incredibly low. However, it is possible to box a superfecta. Boxing a bet means you pick the horses, but they can finish in any order. It’s essentially a whole series of bets. You place a 10 cent bet on the race ending 2-3-5-6 as well as another 10 cents on the horses finishing 2-3-6-5 and so on until you’ve placed a bet for every possible combination. In a superfecta, there are 24 possible combinations, so placing a box $0.10 superfecta costs $2.40. 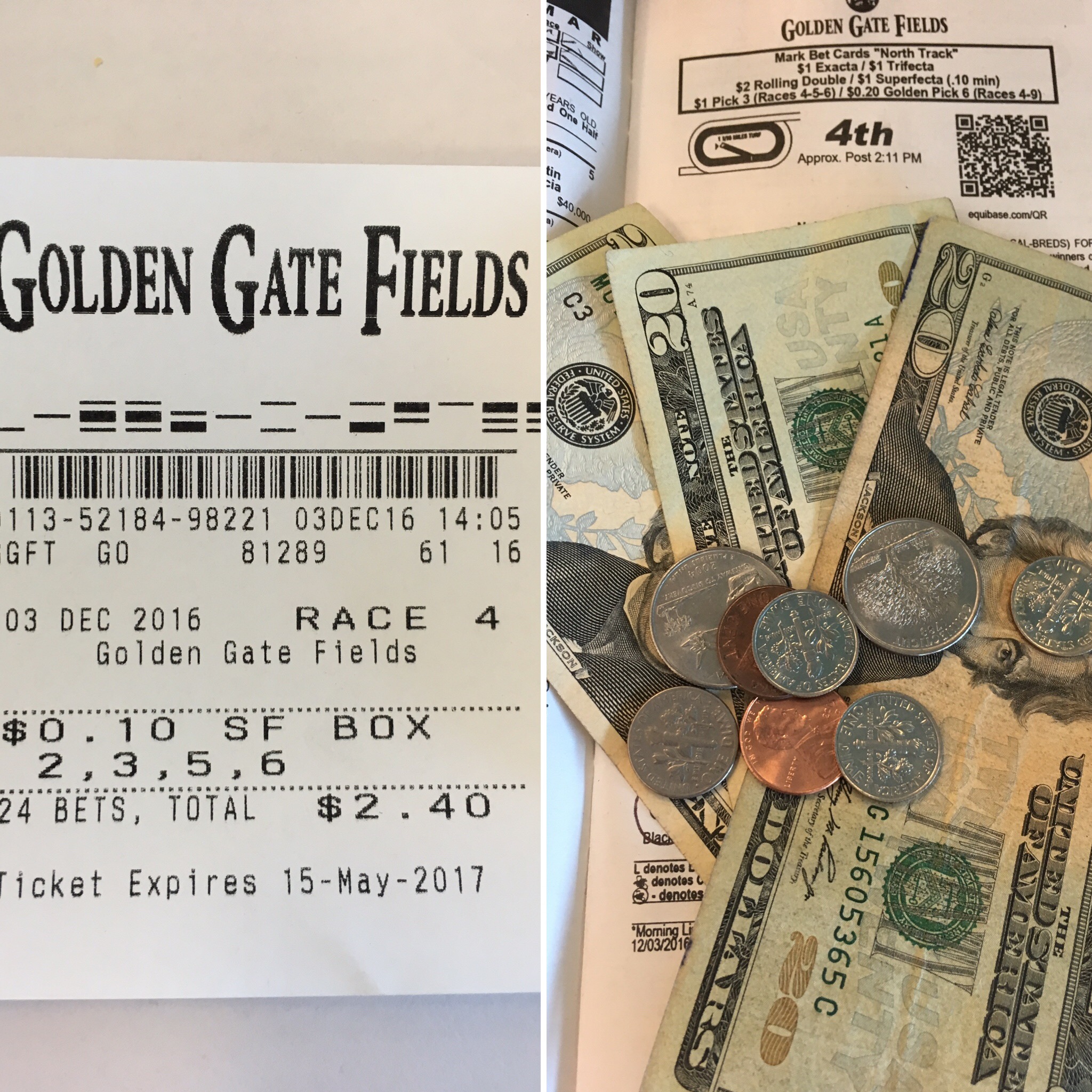 I think this is the first time I’ve ever left the racetrack with more money than I came with. My best bet was a $0.10 superfecta that paid out $60.93. #goldengatefields #horseracing #bettingontheponies

I ended up winning another box superfecta bet for $10.64. I also lost a bunch of other little bets, but still left the track $60+ in the black. And we won three of the prizes from the charity raffle. I don’t even know what I’m going to do with all of the prizes. I put a bunch of tickets into the ones I really wanted, but then just walked around putting some tickets in for random prizes and I of course won those prizes. So now I have a XXL Golden Gate Fields hoodie and a Breyer horse.

Still my best day at the track though. Unless we count how much we donated to Neigh Savers in which case I’m totally in the red.