On Sunday, we loaded the ponies up and drove all the way down to the beach. Bay Area people know better than to go to the beach during the summer as the traffic is horrendous. We thought we’d be safe as we weren’t going to one of the popular beaches like Santa Cruz or Half Moon Bay. We were wrong and we probably won’t be going back to the beach until winter.

Anyway… on to the beach. We brought Dijon and his new owner with us for the trip. She actually grew up near this beach and had always wanted to ride her own horse there. So dream fulfilled. 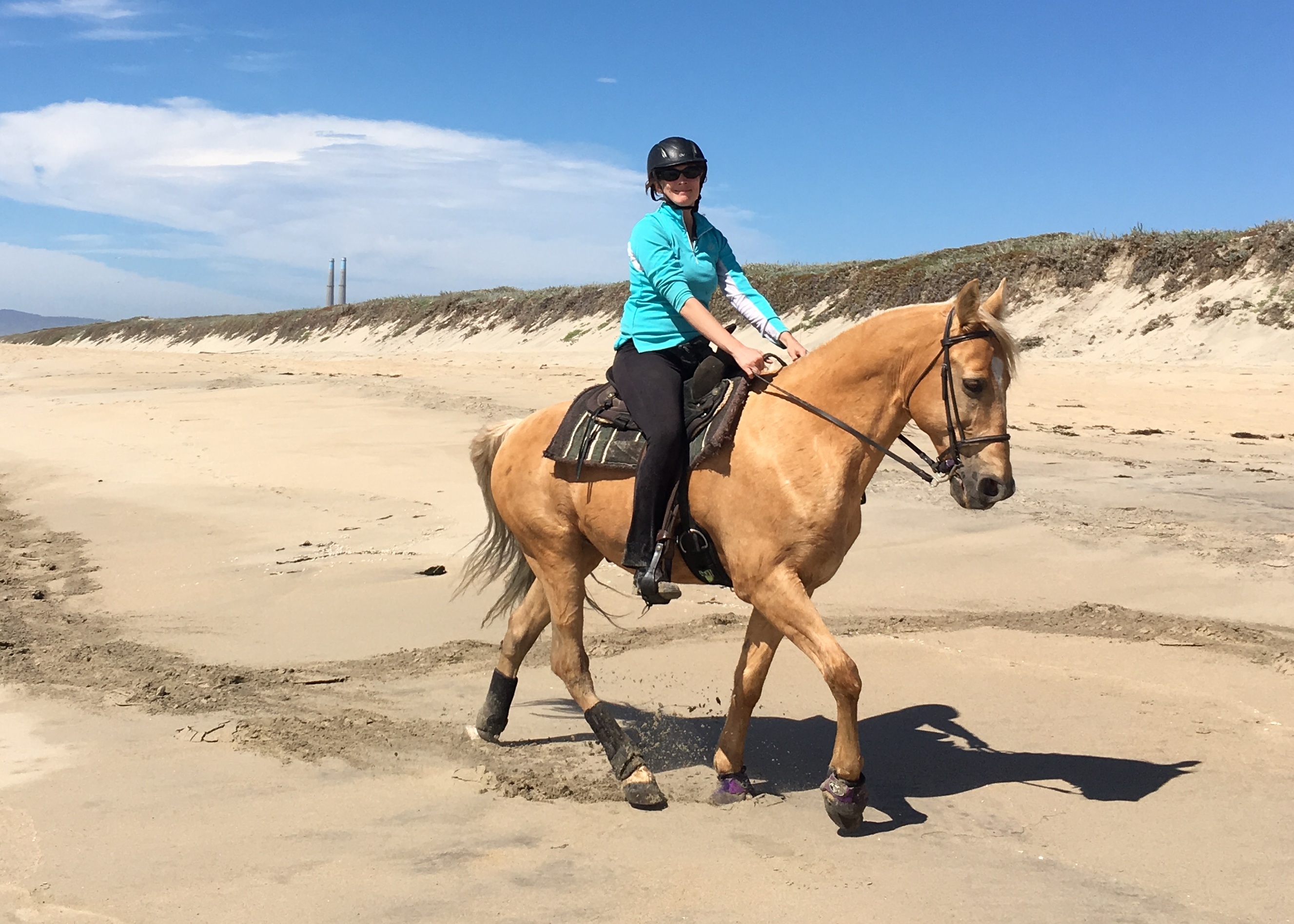 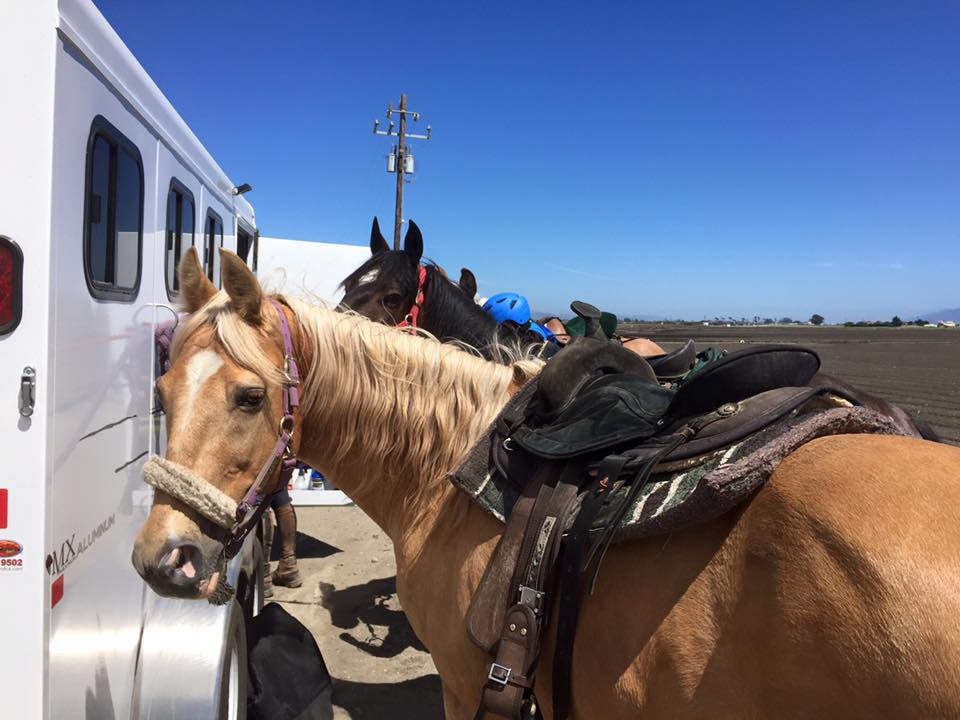 We mounted up and rode a little side trail through the dunes to skip the majority of the beachgoers who congregate on the beach closest to the parking lot. As we crested the dune to head down to the actual beach, Dijon put on the breaks so we all got off and walked. A family had walked down here and put up a tent and coolers, and two screaming, running children. That plus the loud waves crashing was just too much for them. 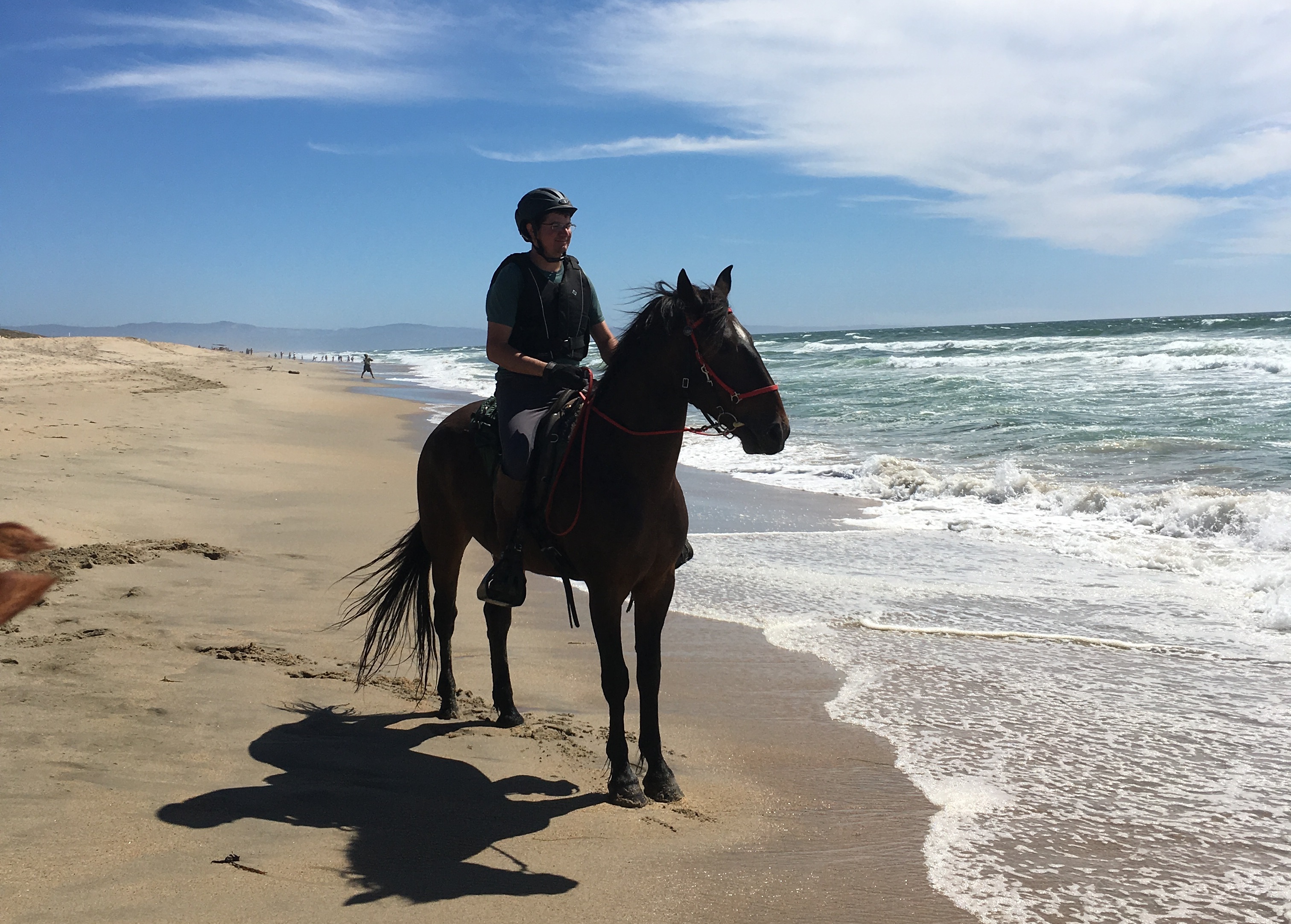 Once we got past that family, we hand walked them to the water so they could get over it. Sort of. 2 out of 3 of the equines got over it. Any guesses as to who freaked out the most? The green broke mustang? The horse whose been off work for weeks due to an injury? Or the experienced and theoretically broke mule whose been here before? If you guessed Nilla, you’re right.

She kept completely loosing her mind about the water. Rearing, spinning, jumping sideways if the waves rolled too close. She wanted to go really fast and then would end up in front and slow down because she needed the baby Mustang to lead her. 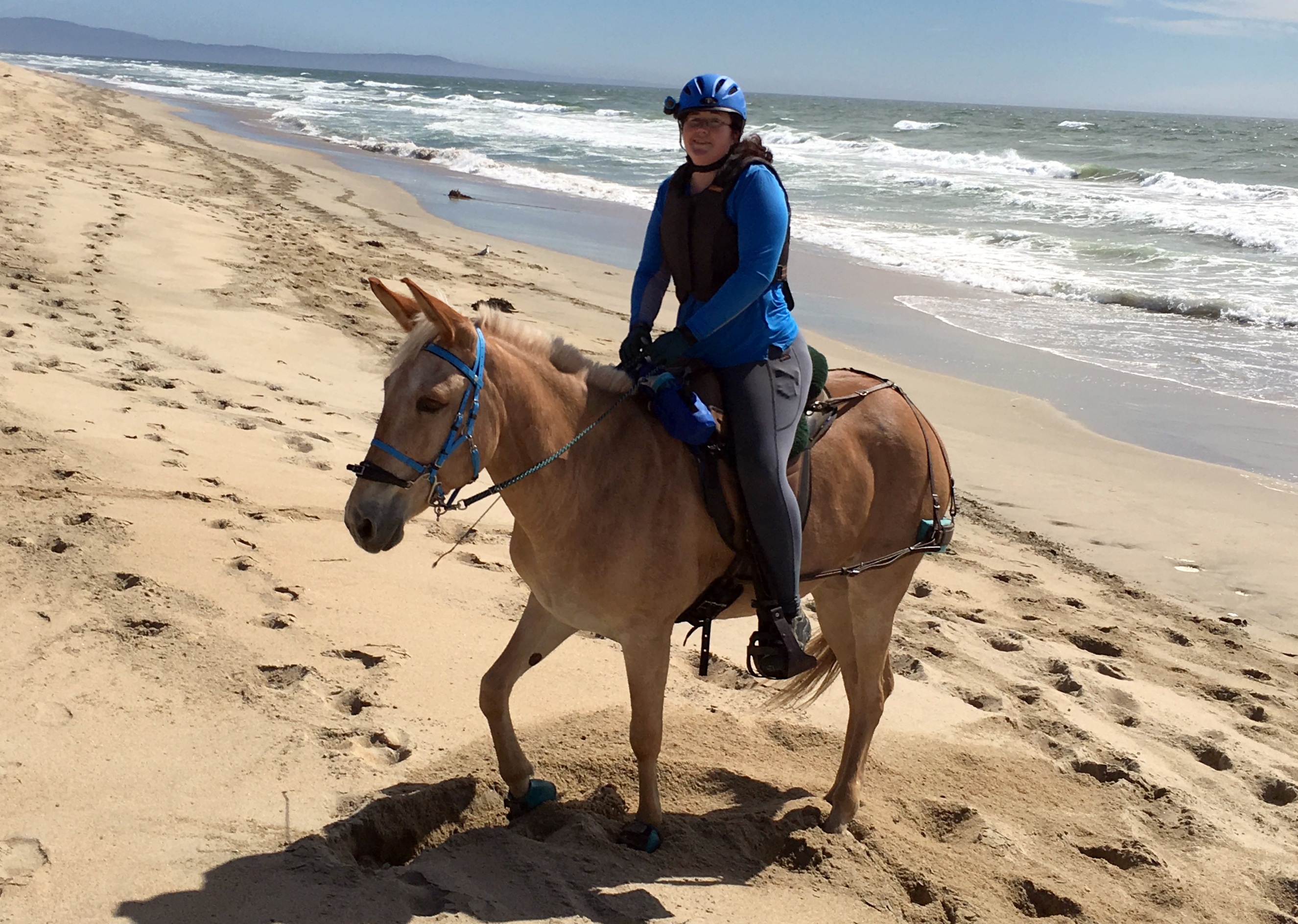 This picture is after I convinced her that rearing was not an acceptable way of expressing her displeasure at standing still, so she decided to dig a hole. Whatever, at least she wasn’t actively trying to kill me at that moment.

Eugene, on the other hand, was amazing. He was concerned about the water, and the seaweed, and the birds, and the air, and everything, but he was really good about overcoming that fear. He even let the water touch him. And tried to drink it, but we stopped that. He was so good, my husband was even able to canter along the beach for a bit. 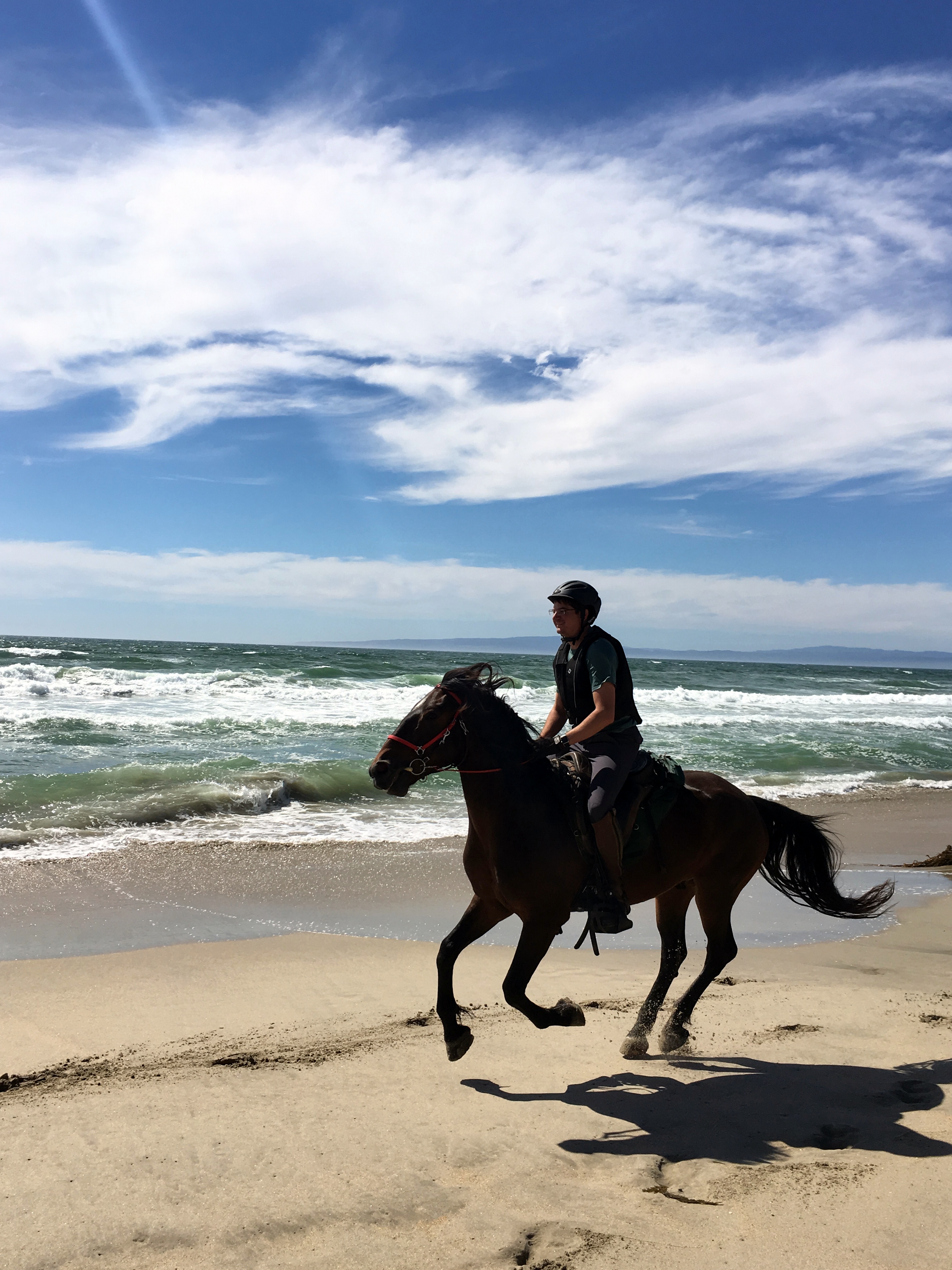 We rode back along the same dune trail which was really very pretty. Although the nice, deep sand was calling to Nilla and she kept trying to put her head down like she might want to roll even with me and her tack still on her. 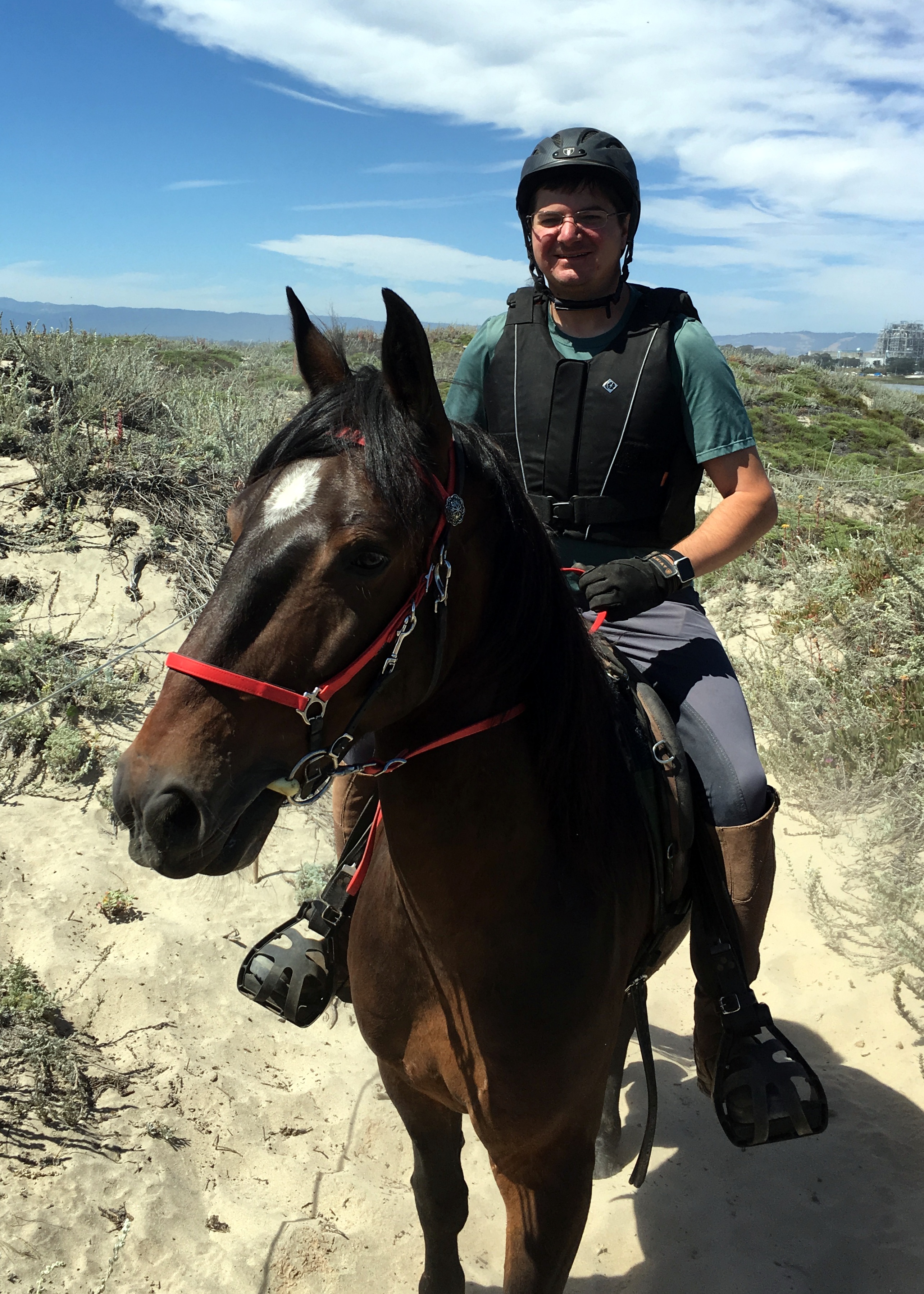 Once we got back to the truck, we untacked and took them back over to the trail head to roll. Nilla was so eager so almost started rolling in the parking lot where a lot of sand had been kicked/blown in. I had to hold her head up to get into the actual sand. She literally ran into rolling; she just threw herself into the sand from a trot. 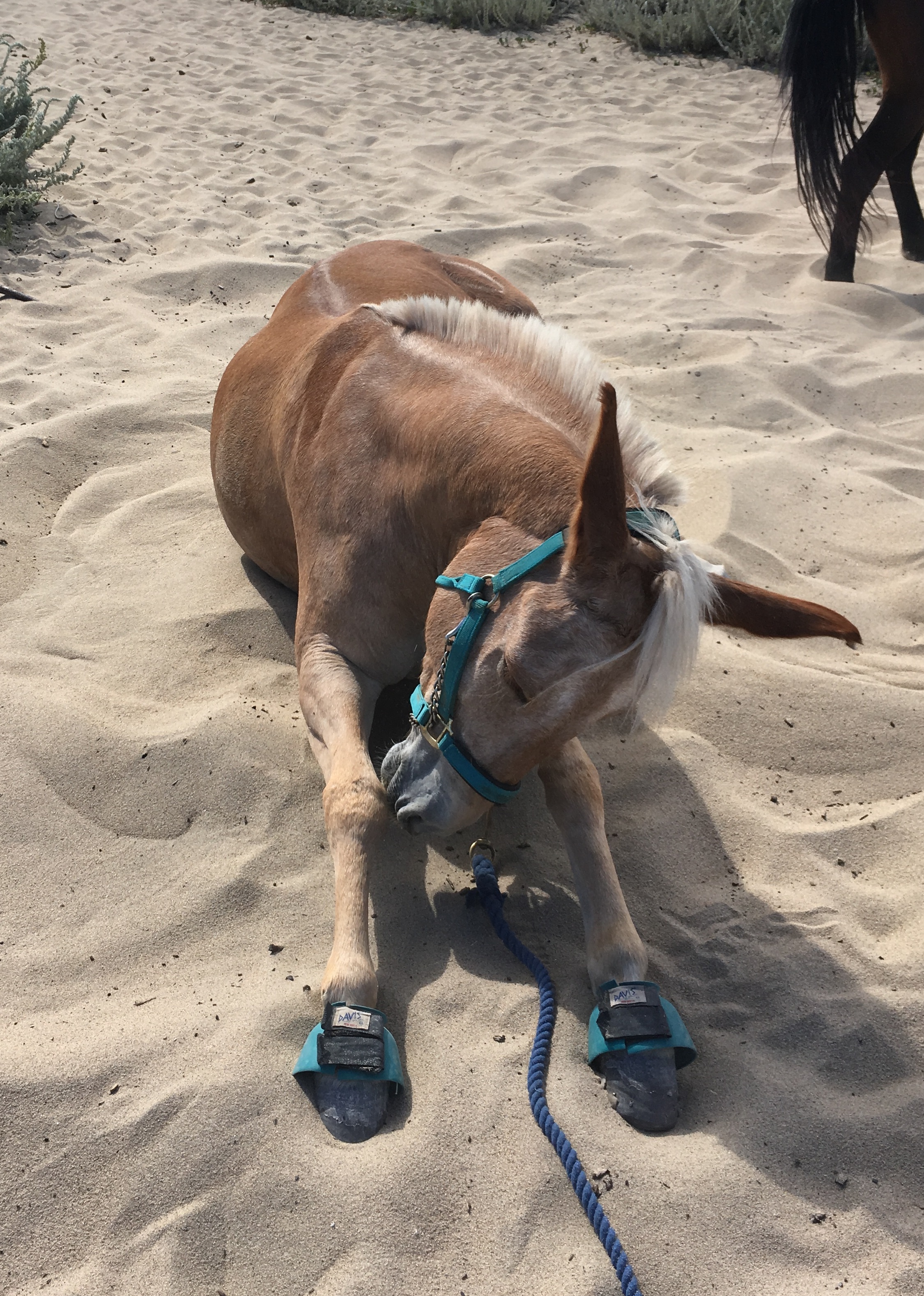 She also proceeded to roll about 10 times. She would roll back and forth, smush her ears into the sand, get up for a 1/2 second and then go down again. She was absolutely thrilled.

Eugene also got in on the rolling action. 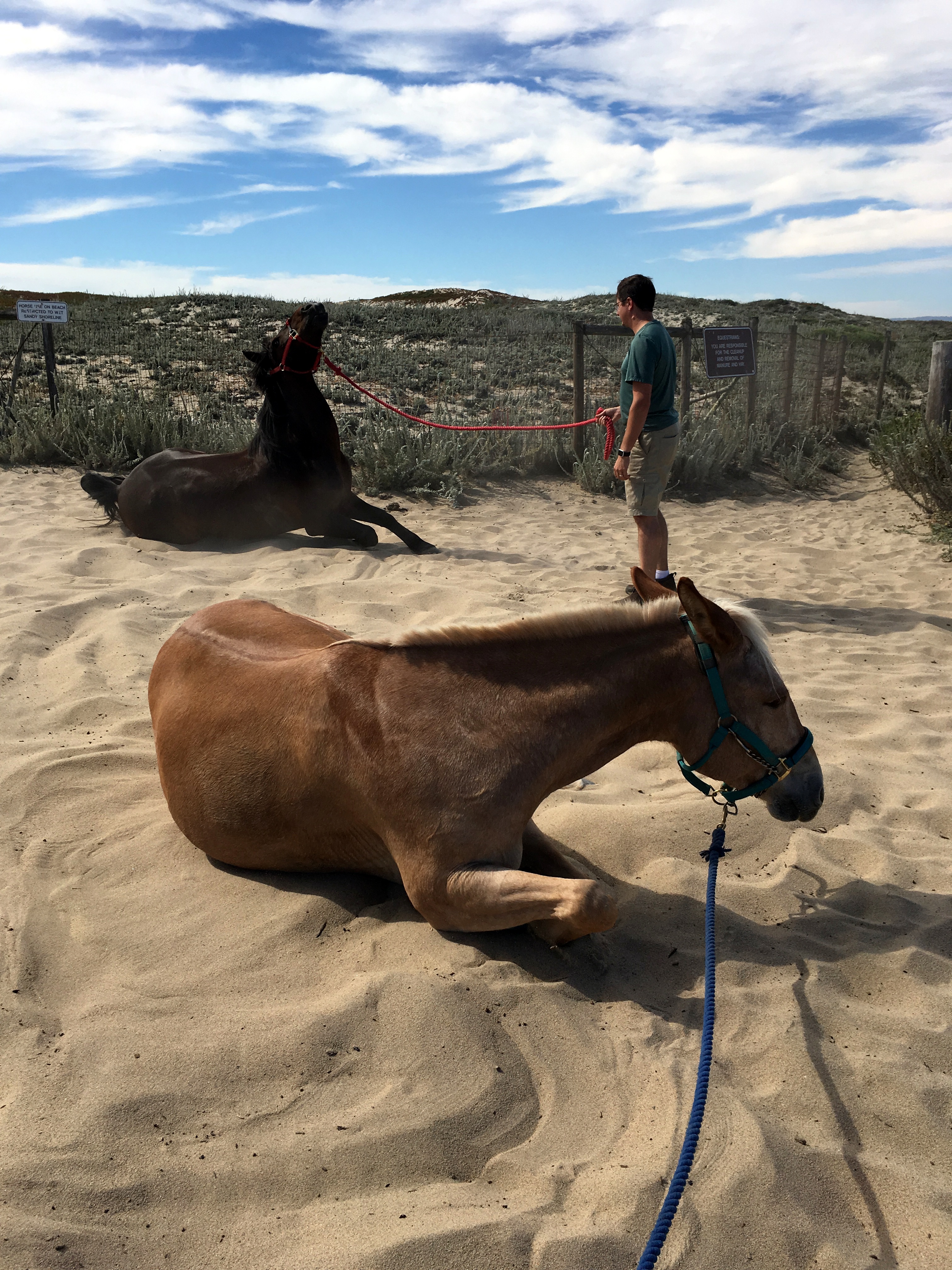 Dijon doesn’t seem to understand the concept of rolling while on a lead rope. He didn’t roll the last time I took him either. He did stand around and watch Nilla and Eugene rolling though. 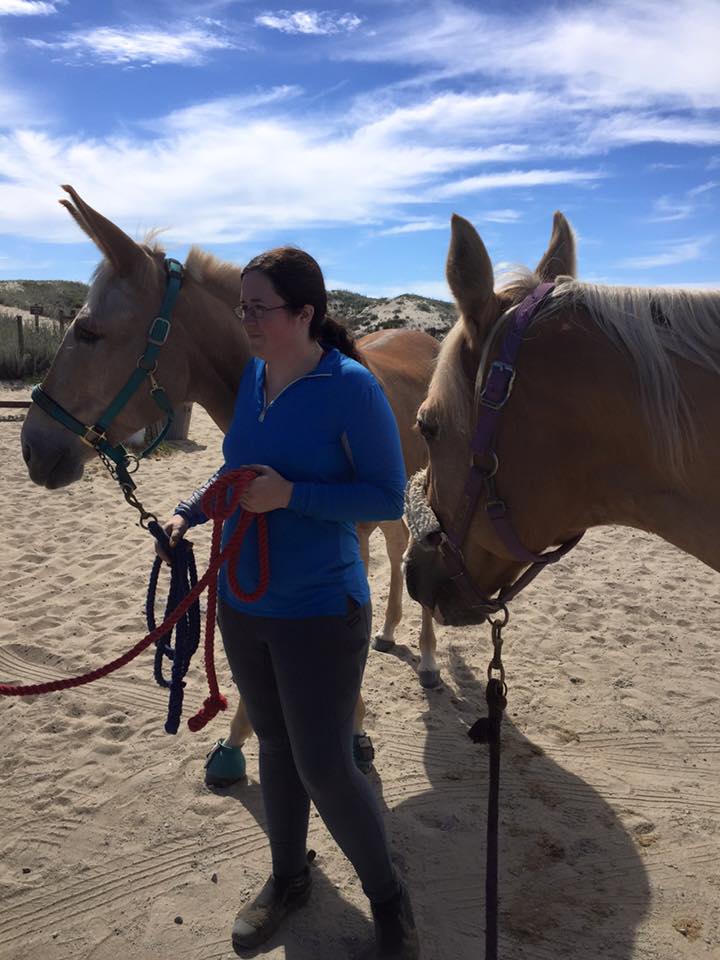 I also got this amazing shot of Nilla mid head shake while rolling: 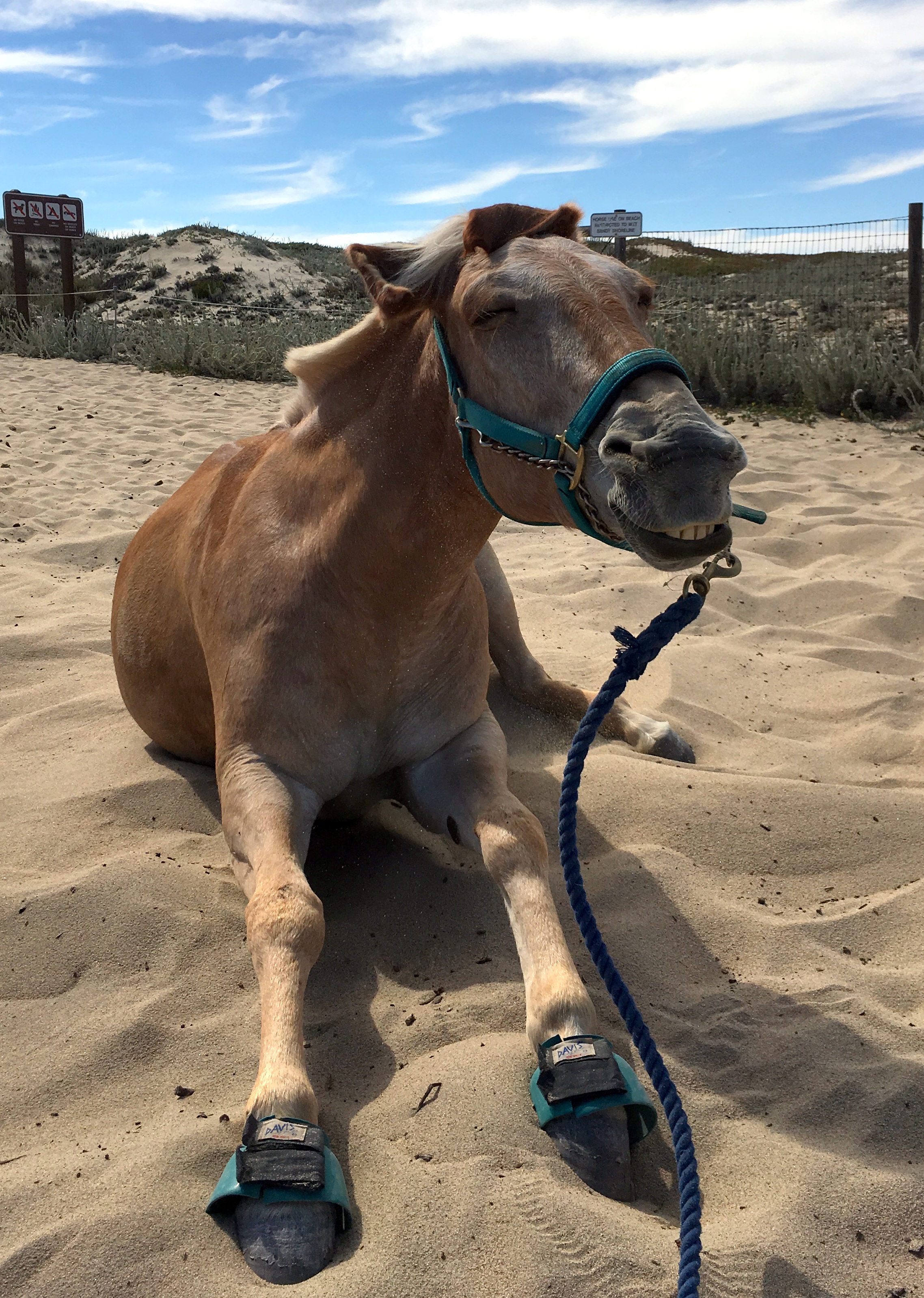 Such an attractive creature. Don’t you want one?