On Saturday, my husband and a friend and I headed over to the fair. The Alameda County Fair is really so much more than a fair. The best part to me is the live horse racing. Most of the horses, trainers, and jockeys from Golden Gate Fields in Oakland head over to the fair for the weeks that it’s there. This year, in addition to the thoroughbred, there’s also Arabian and Mule racing. 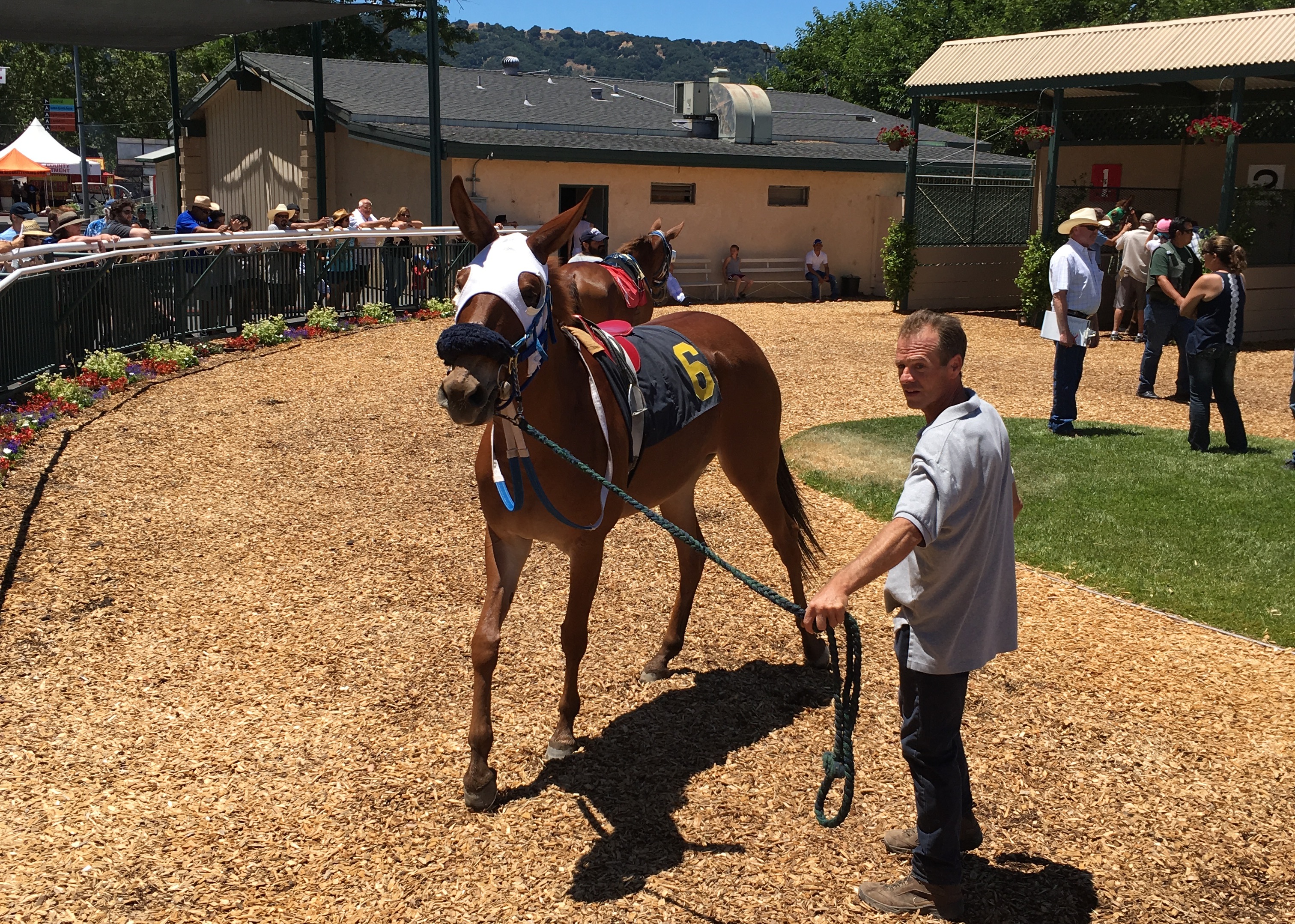 That’s right. Mules. Racing. And it’s just as amazing as it sounds. We were actually planning to go later in the afternoon and then I looked at the race program and saw that the first race was mules. So we got up early to ride before heading to the fair in time for the first race.

And the best part of the mule racing? Carly, I hope you’re reading this because one of the racing mules was named Bobi McGee. 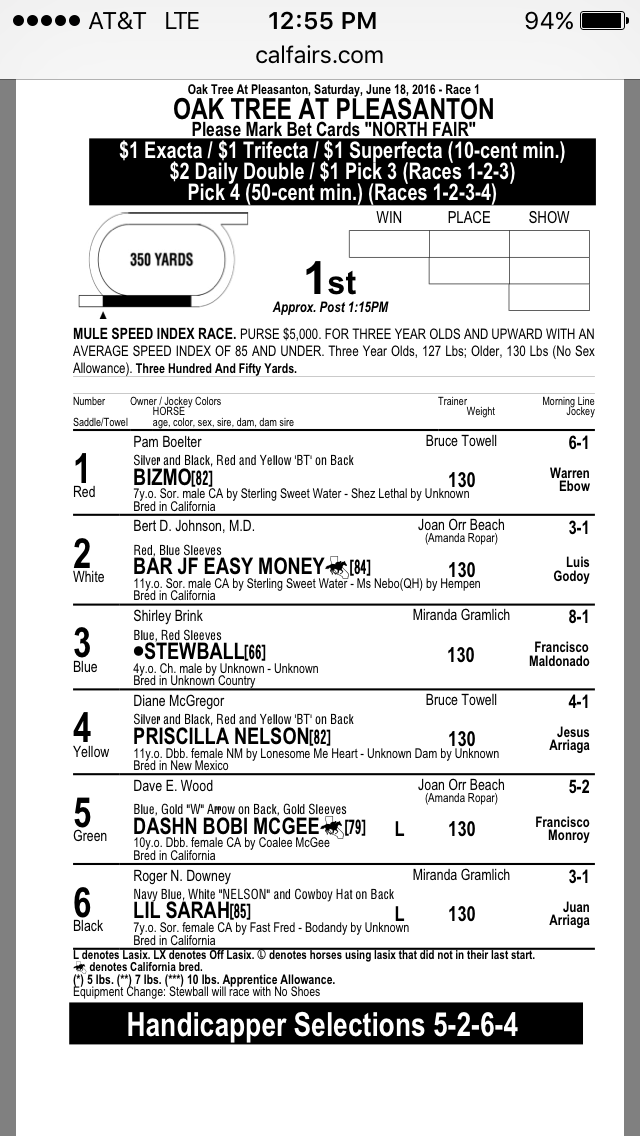 Given how much Carly complains that Bobby looks like a mule, I had to get a picture of the real mule Bobi McGee. The spelling isn’t the same, but she even kinda looks like Bobby: 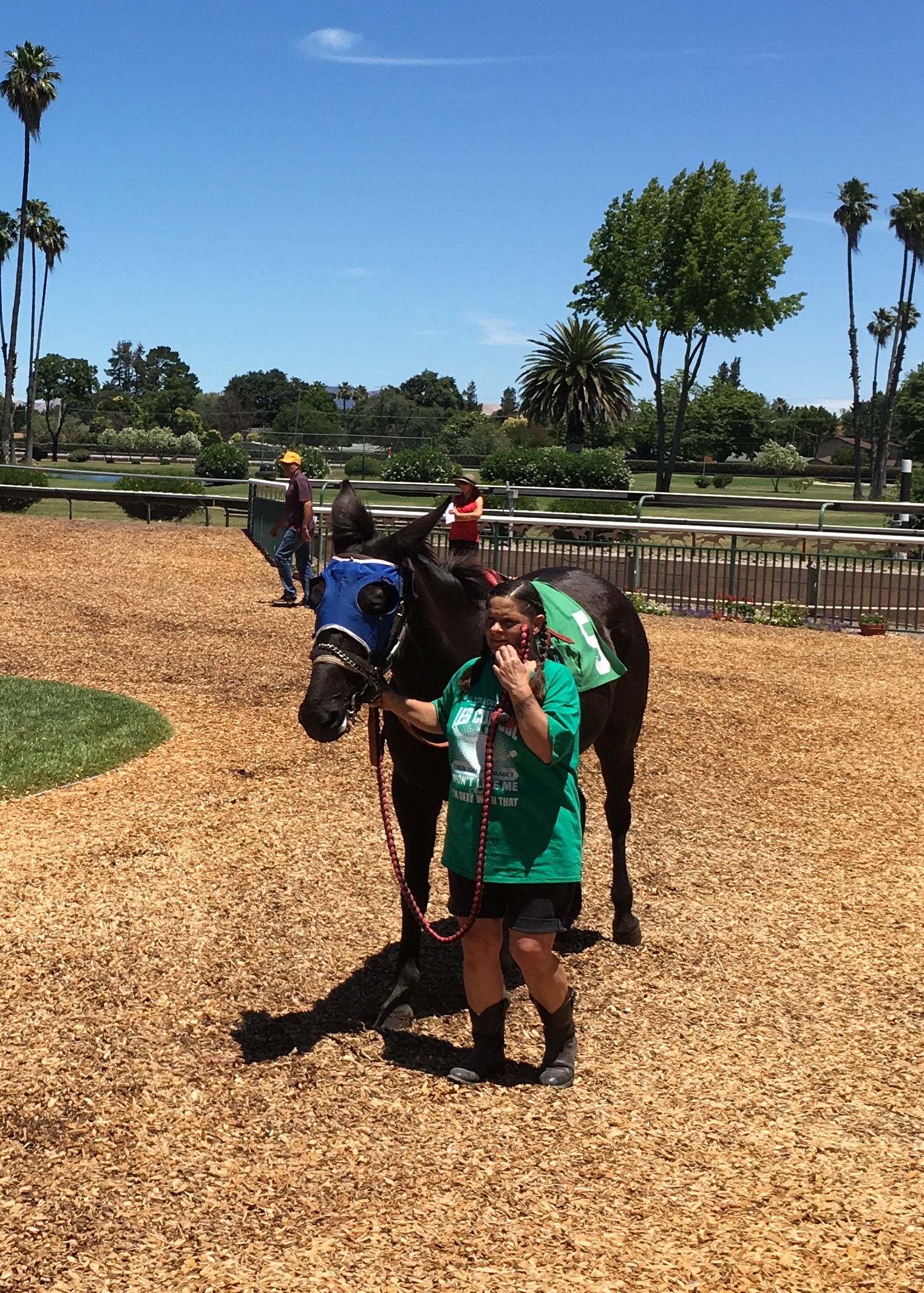 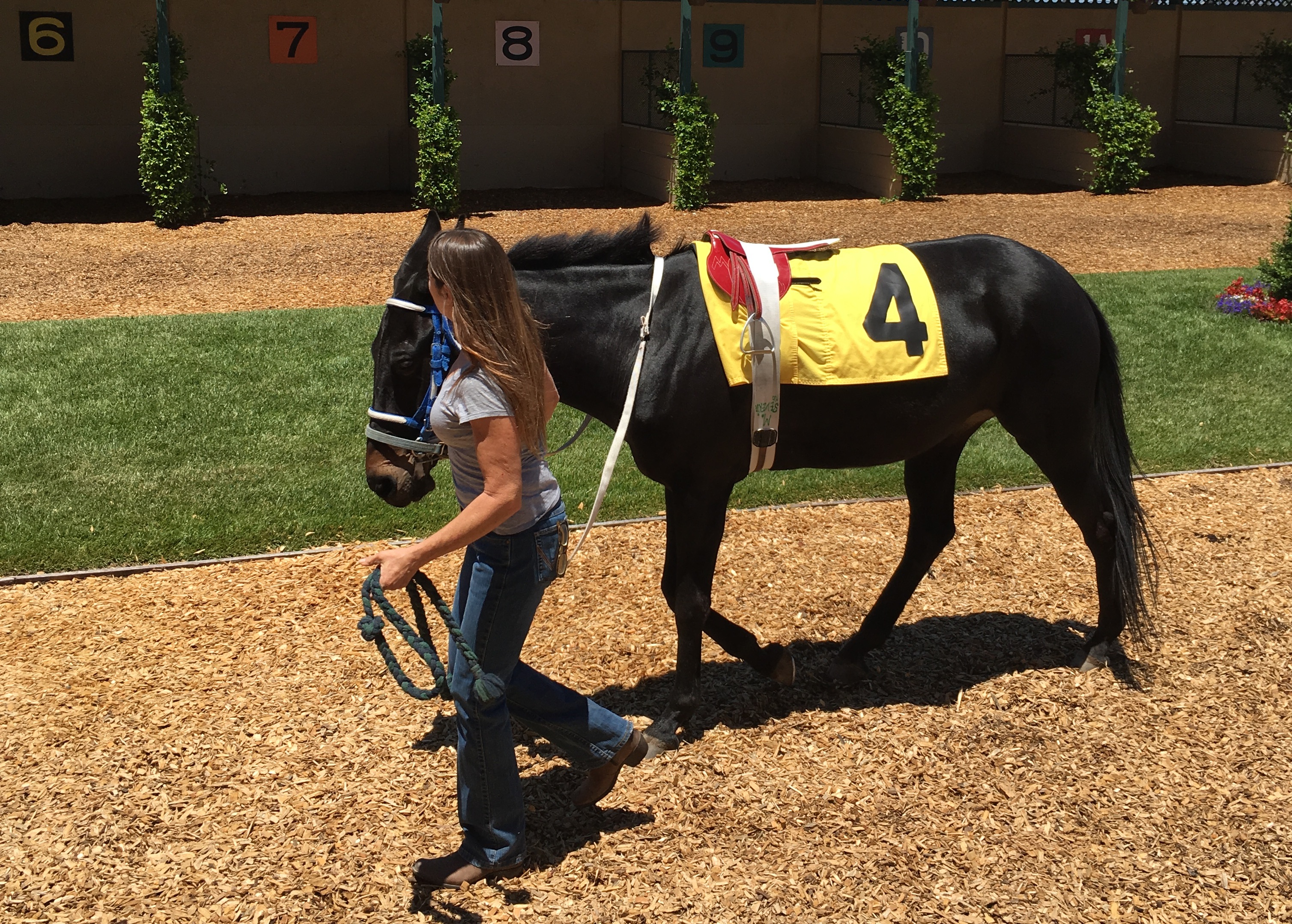 Bobi McGee ended up coming in 3rd. I really wish all the races that day were mules races. We did watch a few more regular TB races before heading out to explore the rest of the fair, but the mules were the best. Local readers, the mules  – and the race horses – are there through the end of the fair. You should go to the fair and check it out. 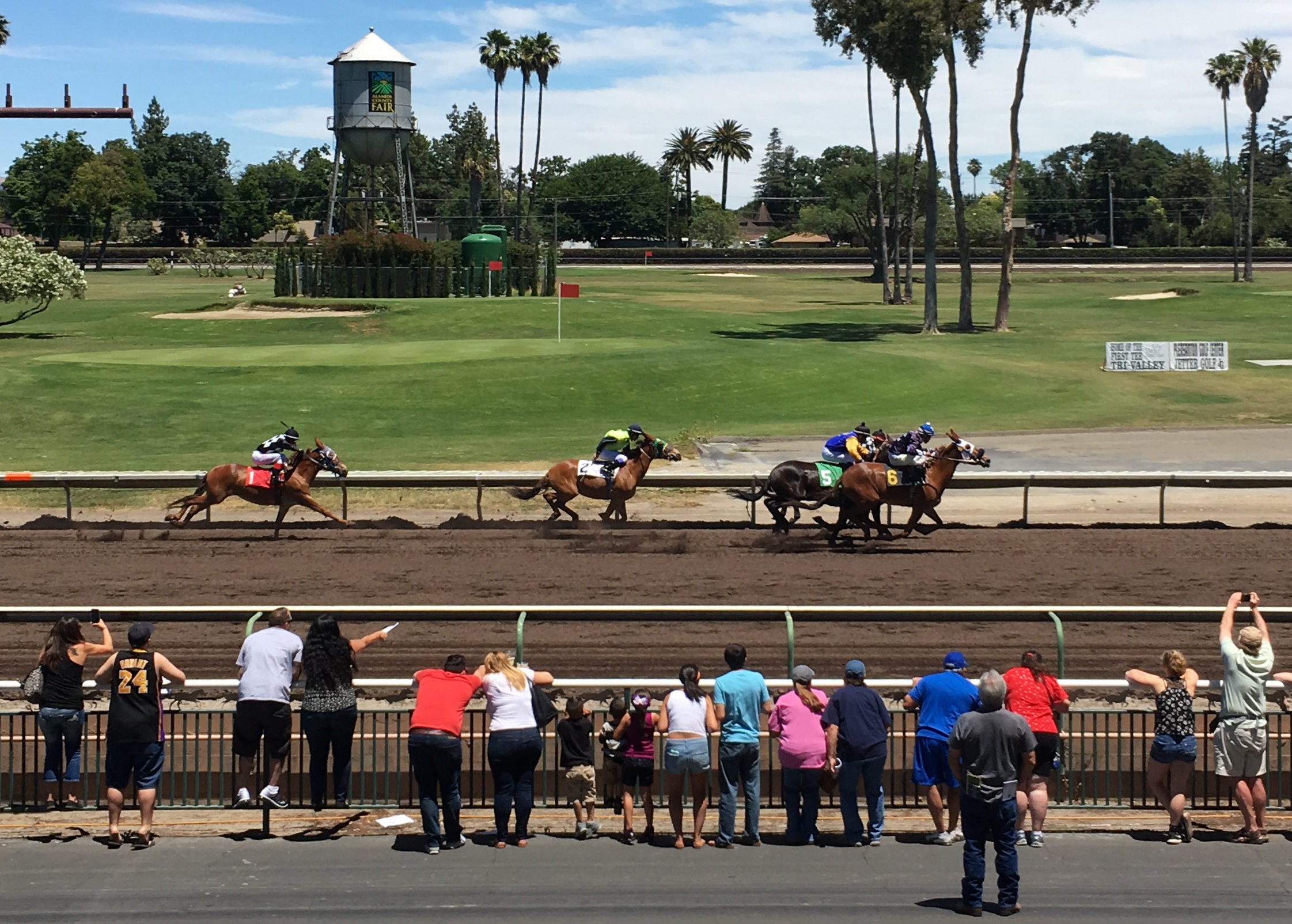 After racing, we got to see the Budweiser Clydesdales being harnessed and hitched. It was really cool to see. They’re such huge horses, but so well behaved. They’re so big, that each harness apparently weight 130 lbs. And all the reins apparently weight 75 lbs when being held by the driver. I cannot even imagine driving them. 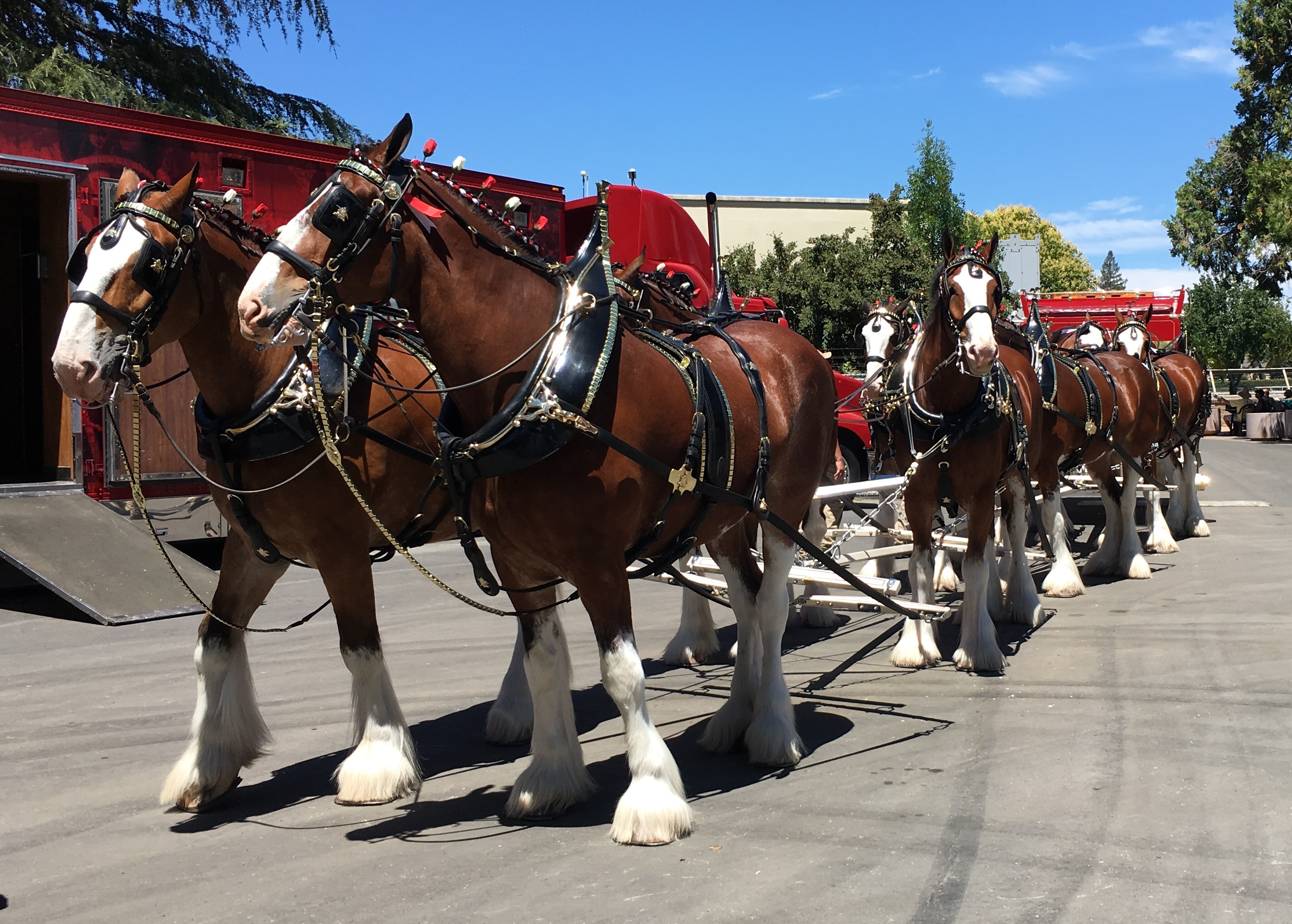 As with last year the petting zoo is amazing. There was a donkey I would totally steal. And a chicken riding a goat. Like you do. 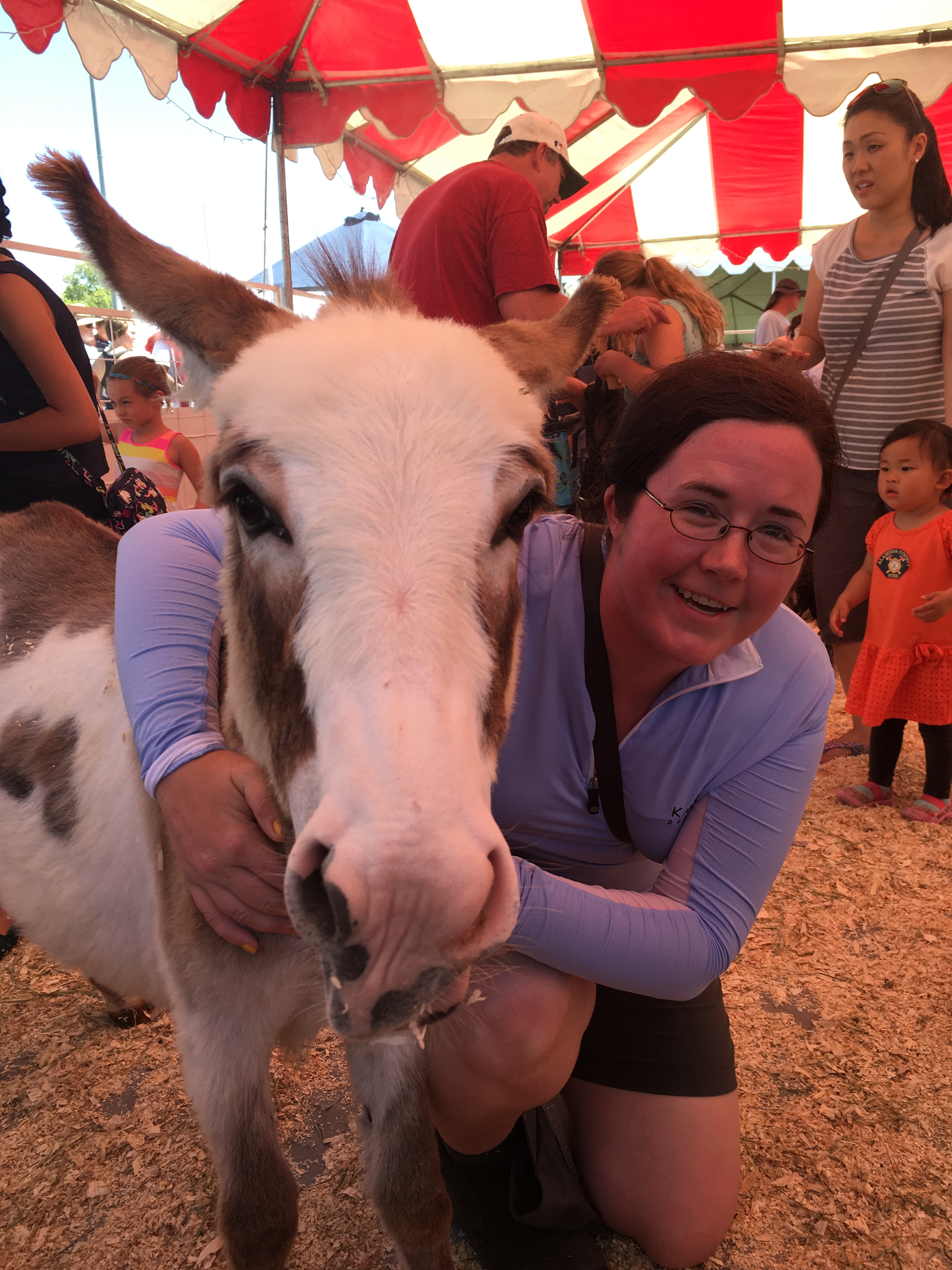 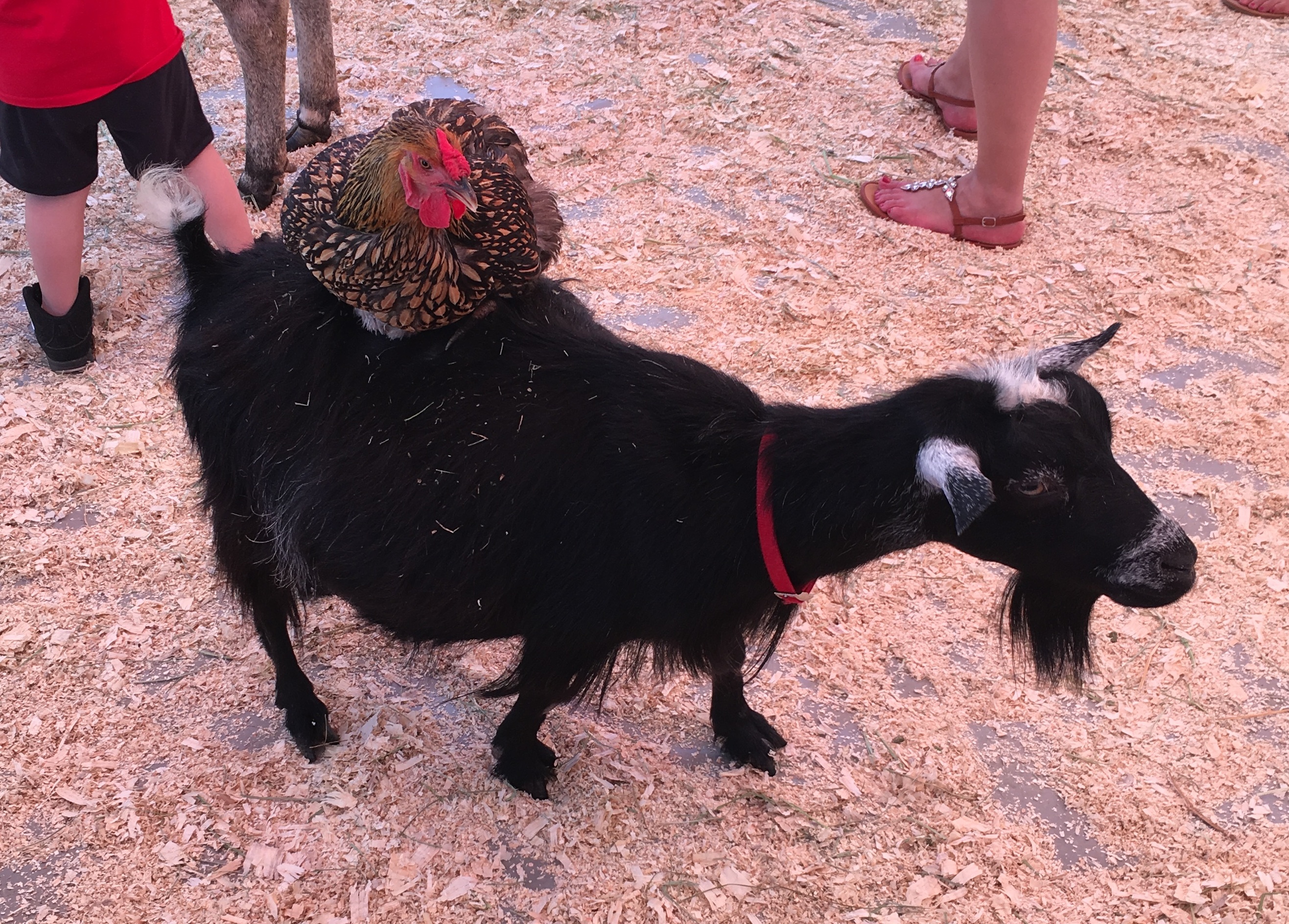 We also stuck around for the rodeo that started at 7:00. It was pretty insane. Like too insane to take pictures of. One of the events had four guys standing in circles of flame with a loose bull charging them. Whoever was last to still be in their circle won. The bull came out of the pen and galloped straight into the first guy. He probably tossed that guy 20 feet through the air like a rag doll. I was too busy cringing to get pictures. There was also bull riding and other normal rodeo events, but some of the crashes were a bit intense.

Clearly the mule racing was the best. That and the fair food. OMG Fried Pineapple. Anyway, if you ever go to the fair, what’s your favorite part?

The winner of the $25 Riding Warehouse gift certificate is Micaylah from Two Points, Tacos, and Tiaras.

33 thoughts on “Mule Racing at the Fair”