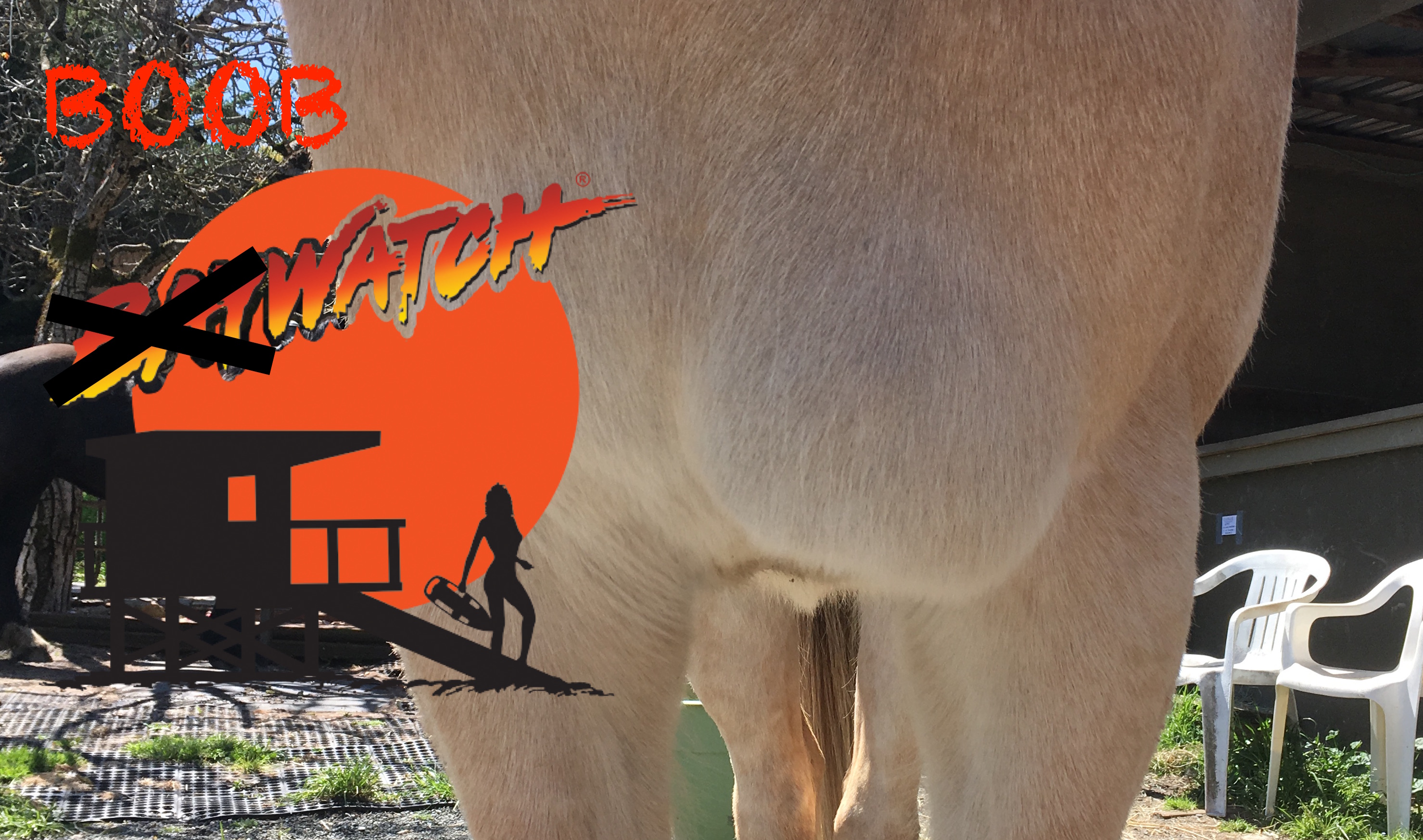 Last week the horses all had their spring shots and dental. Nilla has previously had reactions to vaccines. My vet has been very good about swapping out the vaccines and trying different manufacturers. But we always have some sort of reaction. Of course, Nilla makes this worse by being a nightmare to stick with a needle.

She gets sedated for the dental and just getting that shot does is tough. You would think the vet would be able to do the rest of her shots while she’s sedated, but Nilla doesn’t actually sedate very well. She gets twice what any of the horses get and still spends her dental pretty much wide awake. She’s just well-behaved for the dentist. But she’s not okay with the shots. Because Nilla needed to get a few shots and she’s had so many reactions, the vet didn’t want to put them all in the neck (I have previously had to ice her neck due to swelling post shots). She tried to get one in the hip area, but Nilla was not okay with that and the vet resorted to two pectoral shtos. Which is unfortunate, because that area is really susceptible to swelling.

Because I know she’ll react she gets Bute and Benadryl following shots. However, this time she decided she did not actually want to eat her food and I don’t know how much of the meds she actually ingested the first day.

Nilla was fine on Wednesday, but by Thursday she’d grown a boob. She also had a much smaller swelling at one of the neck injections, but the one pec was huge. 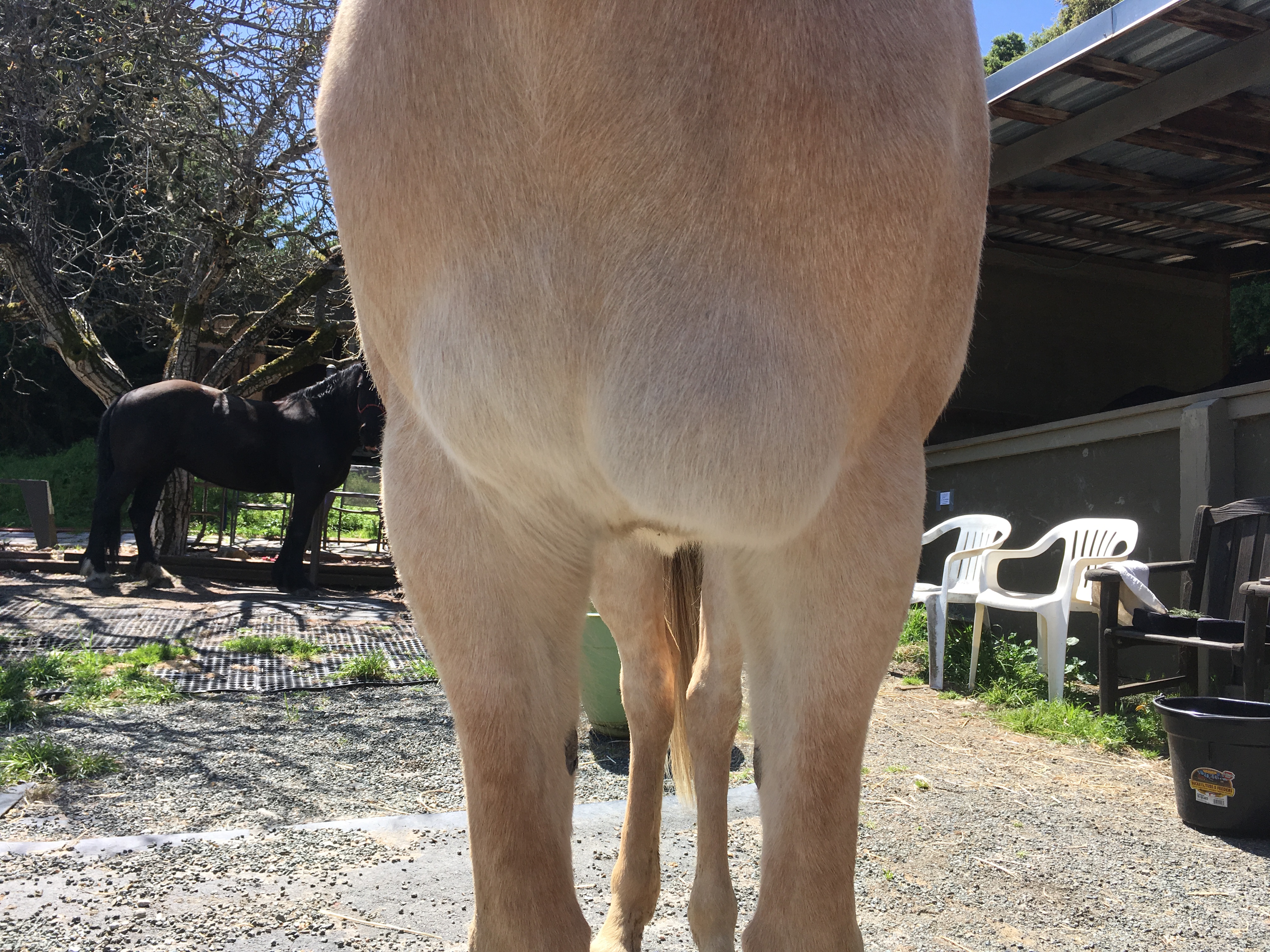 I cold-hosed the boob and hid some bute in treats. I also fed her Benadryl by just pouring it in my hand with a handful of grain and hand-feeding it. Benadryl is pretty bitter, so I was surprised she just ate it up, but it’s been working. 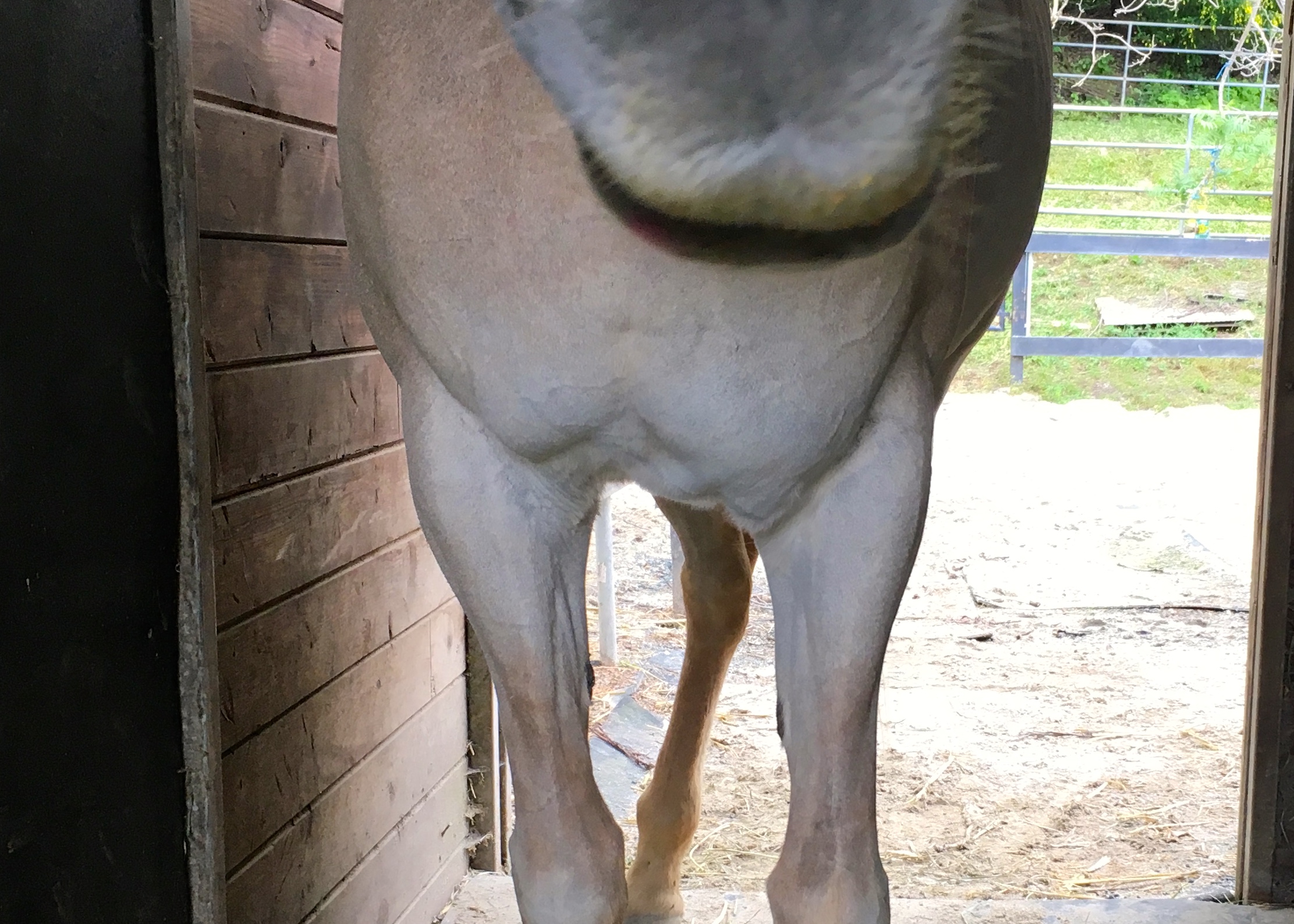 The boob is slowly getting smaller, although some of the fluid has just shifted down into a new swelling between her legs. 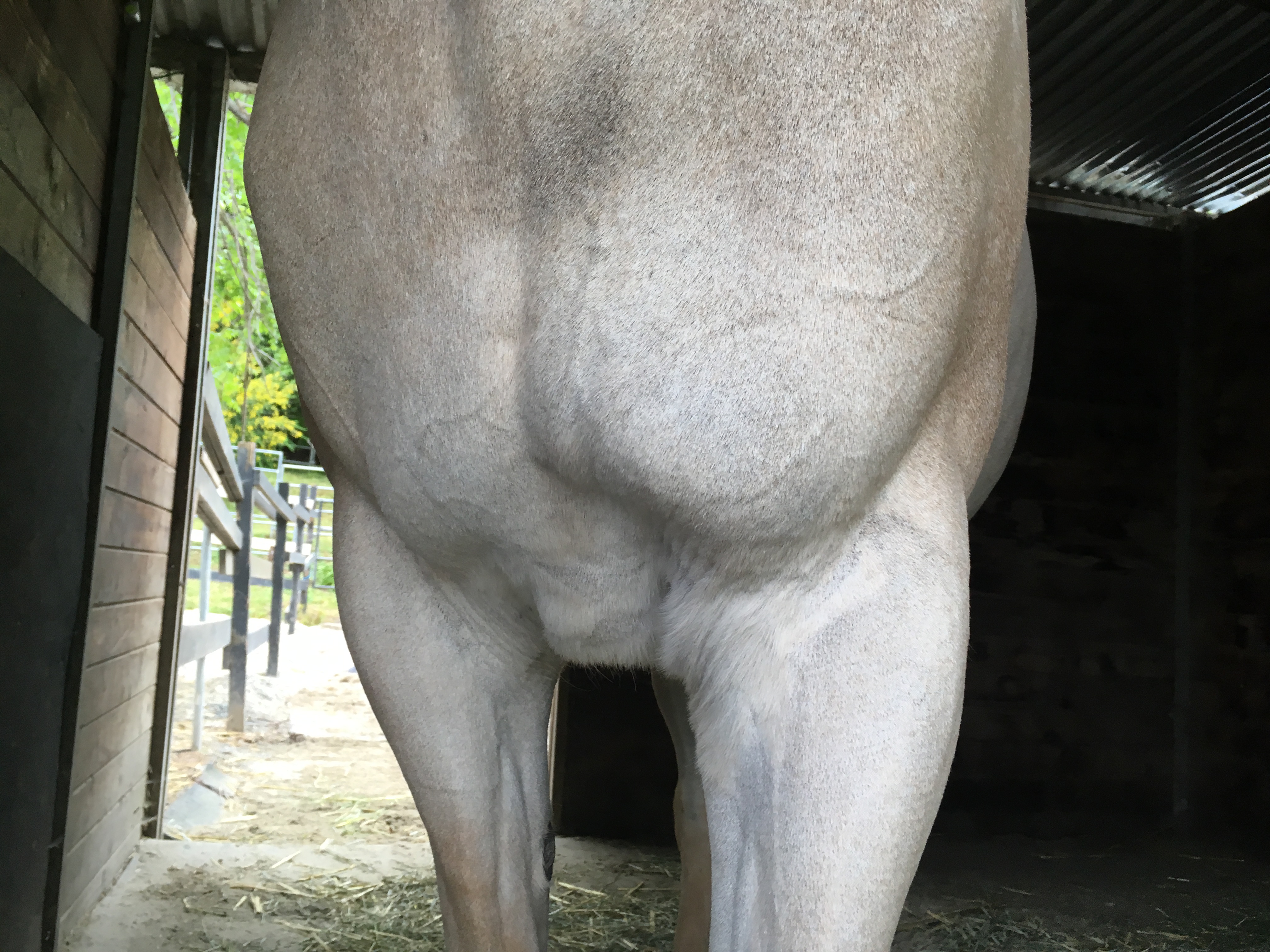 In addition to not sedating, Nilla doesn’t process Bute very well. It takes a lot to have any effect and it goes through her very quickly, but she is sadly still prone to ulcers so I can’t just increase the dosage. This sedation/bute issue is known in donkeys and some mules so my vet is aware and works with me to treat Nilla as best we can. The sensitivity to vaccines is just a Nilla thing, though; not a mule specific issue. 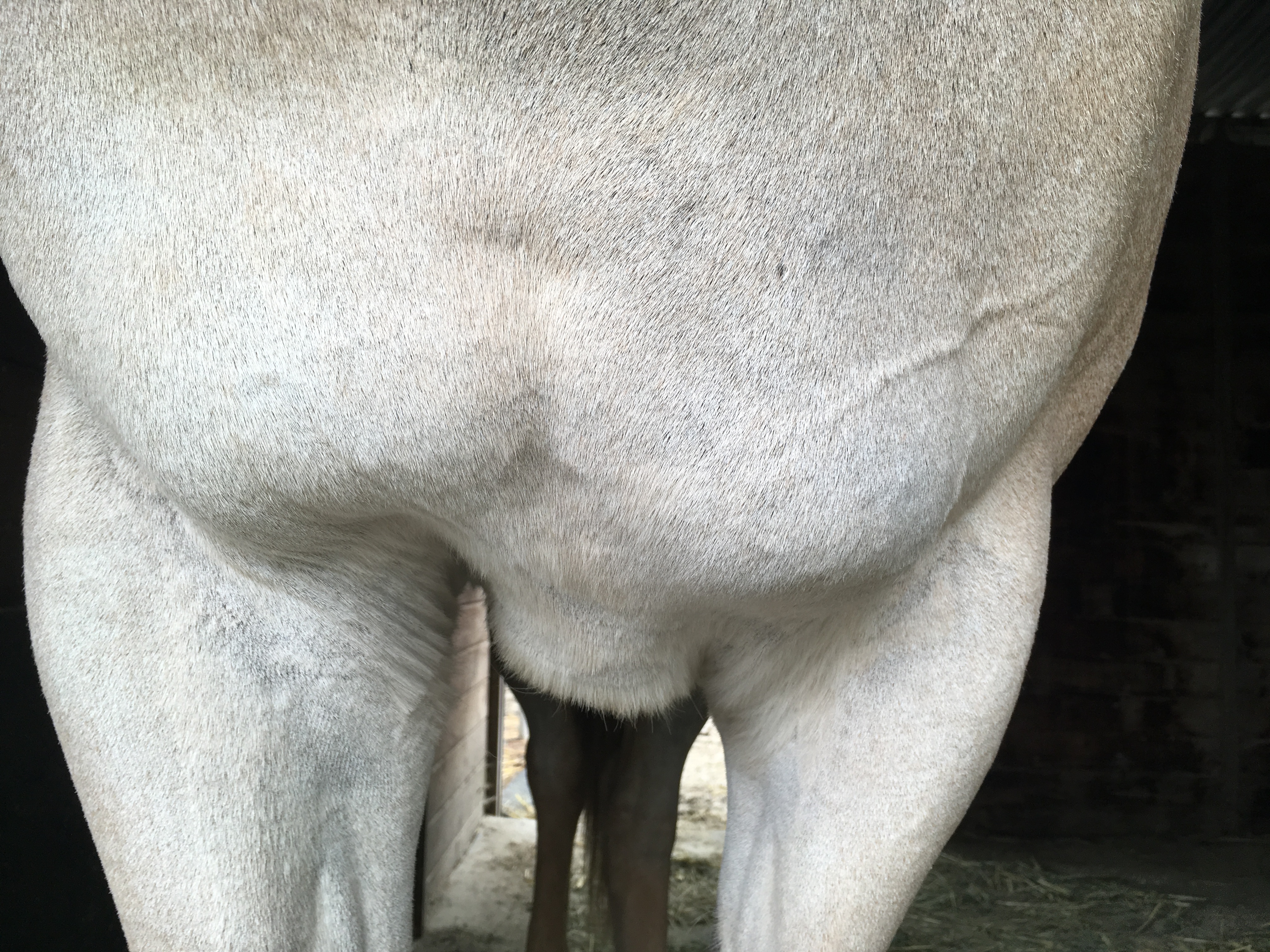 By today the boob was mostly gone, but the swelling between the legs remains. I’ve been riding her anyway because I know the movement is good for swelling. She’s not lame or terribly bothered by it. She hasn’t seemed as lethargic and sore as she has with some of her vaccines so I guess that part is good. I think we’ll probably skip the pec shot next year, but she’s had swellings in every place she’s gotten shots (this one is just a more annoying place). 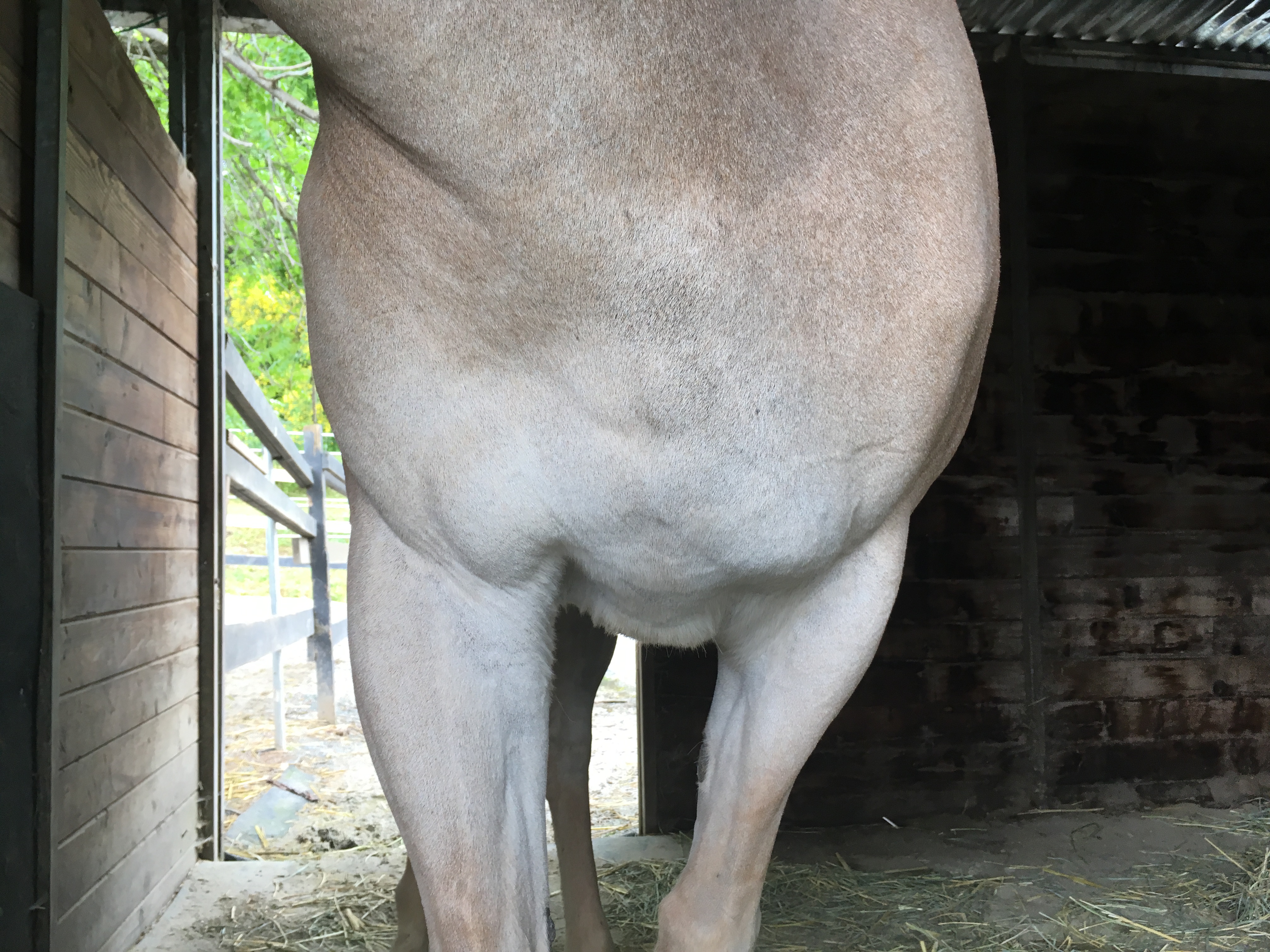 I’ve been going out to the barn extra for the meds so I’m hoping she’ll heal up soon and I won’t have to spend so much time on boobwatch.