This weekend we hit up our local Rancho San Antonio Park for a trail ride. I called around and most of the parks are still closed to equestrians because of the mud or have trail closures due to mudslides. Rancho was still open and it’s right around the corner so we even go to sleep in and still do a longish trail ride.

It was a gorgeous day for a ride: nice and sunny, but with a bit of breeze to keep us cool. Most of the trails were in great condition. We did hit one big downed tree, but thankfully were able to scramble around it. The mud puddles were actually well received by Eugene who will drink from anything. Levi despises water touching him, but we did have fun jumping the puddles. 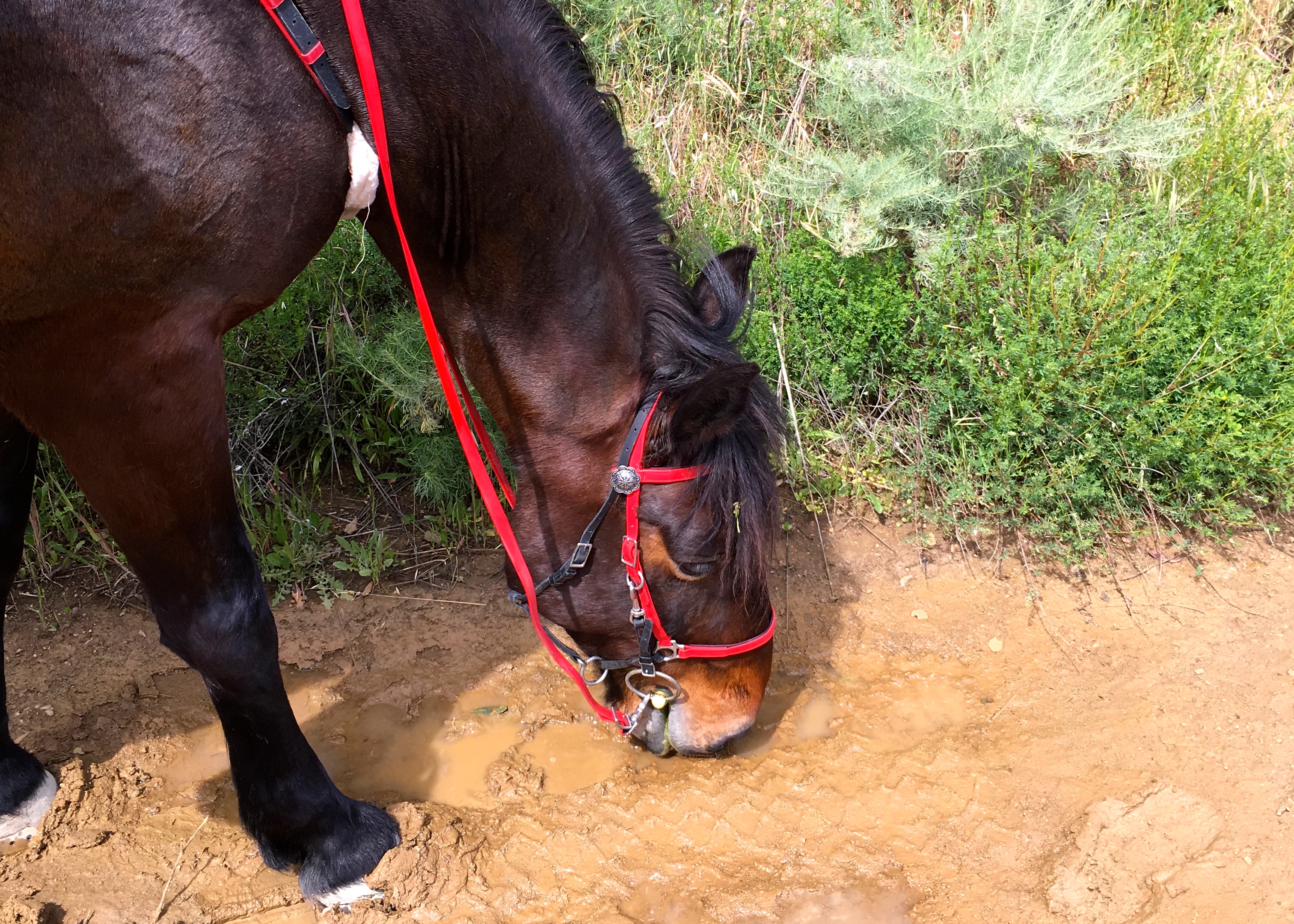 We got to an intersection and had the choice of doing the long trail around the whole park or the shorter one. The ponies could use the conditioning, but the shorter trail is my favorite. My husband’s too. It’s a long, rolling section through a deeply treed valley along a stream with a bunch of little bridges as the trail criss-crosses the stream. The best thing about this trail is that you can run it. We canter through the trees, slowing only to walk across the bridges and then letting the horses go again.

The horses absolutely love it and they start to anticipate the moment they can step off the bridge and run again. We actually spent most of the ride either walking or letting them run along the trails. I know trotting is better for conditioning, but at this point we’re so far from conditioned, I don’t think one ride is going to make or break anything. Actually, I don’t think Levi’s going to make it as an endurance horse period, but that’s a post for another day. 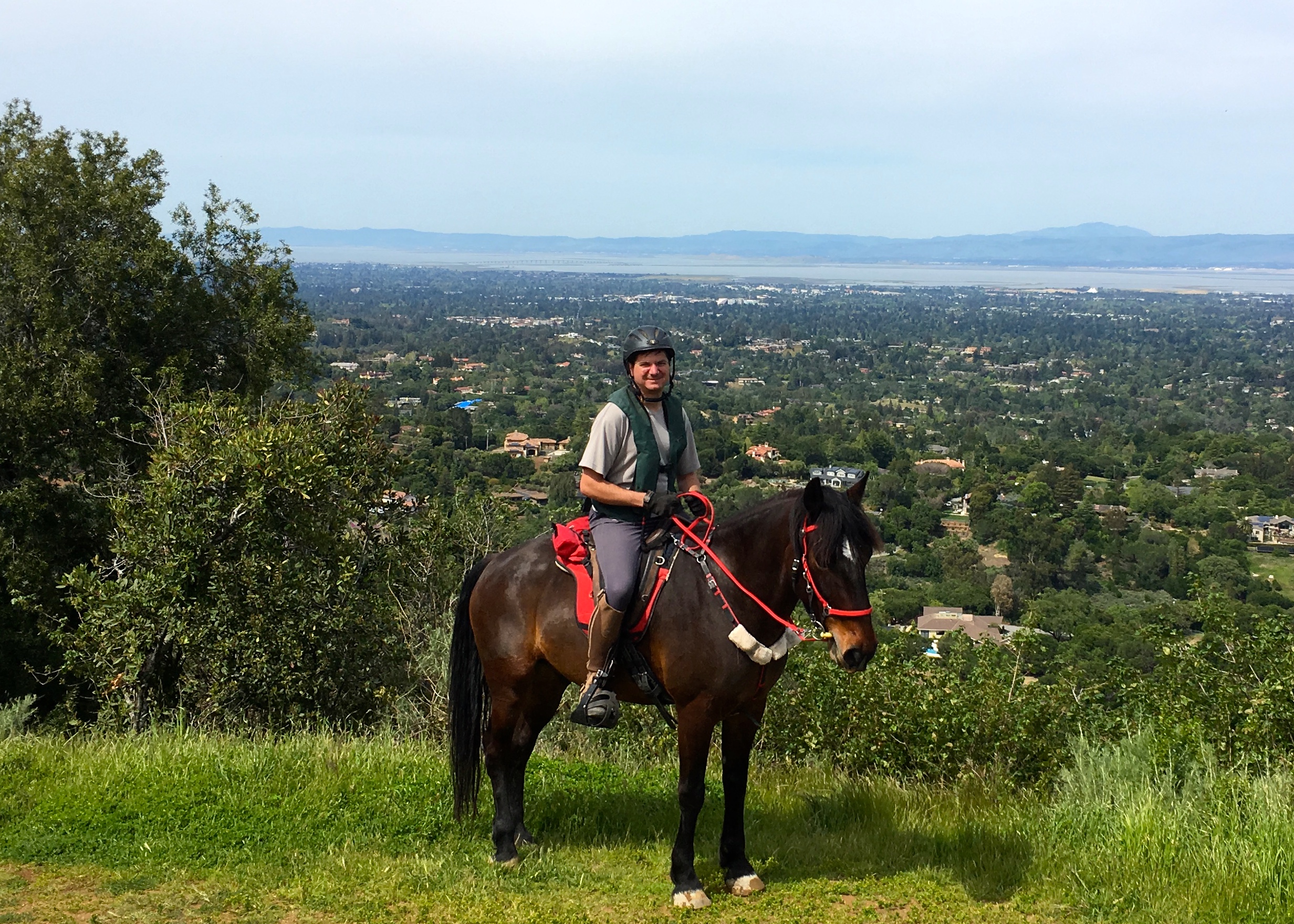 We stopped at the top for some pictures and then headed down the trail into the next valley over. This trail is a wide fire road so we were able to ride next to each other talking and letting the horses run in between all the hikers – the park was seriously crowded.

Gorgeous day for a ride in the park. #blmmustang #horsesofinstagram #trailride

When we got to the last straight stretch, I took my phone out hoping not to drop it and got some video of us cantering. So many of our rides are for this  purpose or that – conditioning, an actual endurance ride, showing, or training for a show – that sometimes it’s nice to just run around and have fun with no purpose past that. And it was fun.

Cantering through the park from Olivia @ DIY Horse Ownership on Vimeo.

We stopped at the farm to let the ponies drink and get ourselves a drink from the water fountain. We also got mobbed by people who wanted to pet the horses and ask us about them. We obliged for a bit and then hopped on and headed back. The trail back is a narrow single track and the park was packed so we just trotted along where possible with lots of little walks to get past people. It is really nice that Levi isn’t bothered by anything so I don’t have to jump off at every strolling sighting like I do with Nilla. 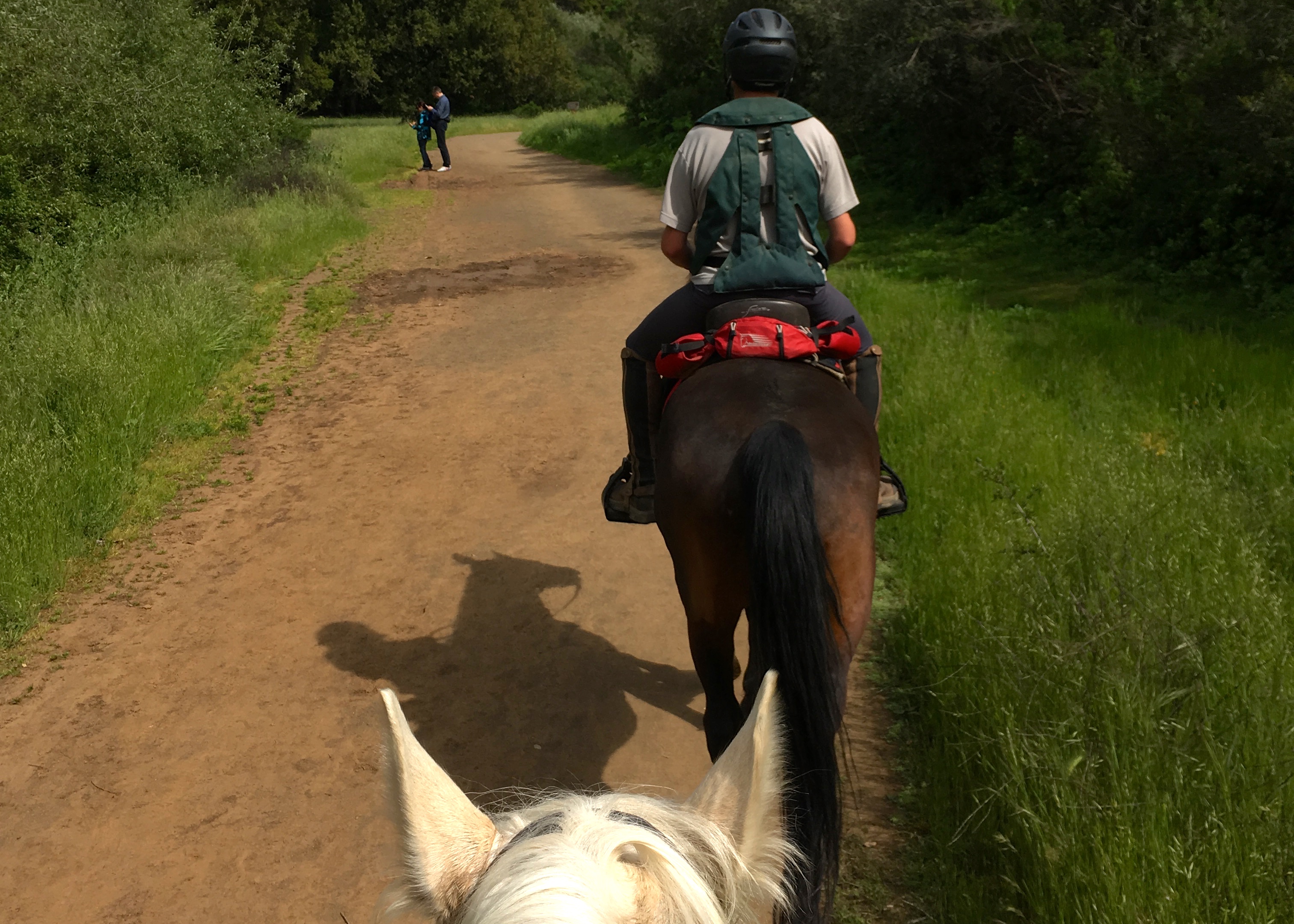 A different section of the trail

We forgot to turn the tracker on at the beginning, but we probably went 8 miles with the missing bit and managed 4.3 mph, which is actually faster than I thought we were doing, though still not endurance pace.