My husband and Eugene were up next for the clinic. I missed the first bit our their lesson as I was untacking Nilla. And then I had to cart Nilla’s ass over to the arena while I was watching his lesson because she cannot possibly be separated from him for more than 2 seconds without dying. Or at least not without breaking something. 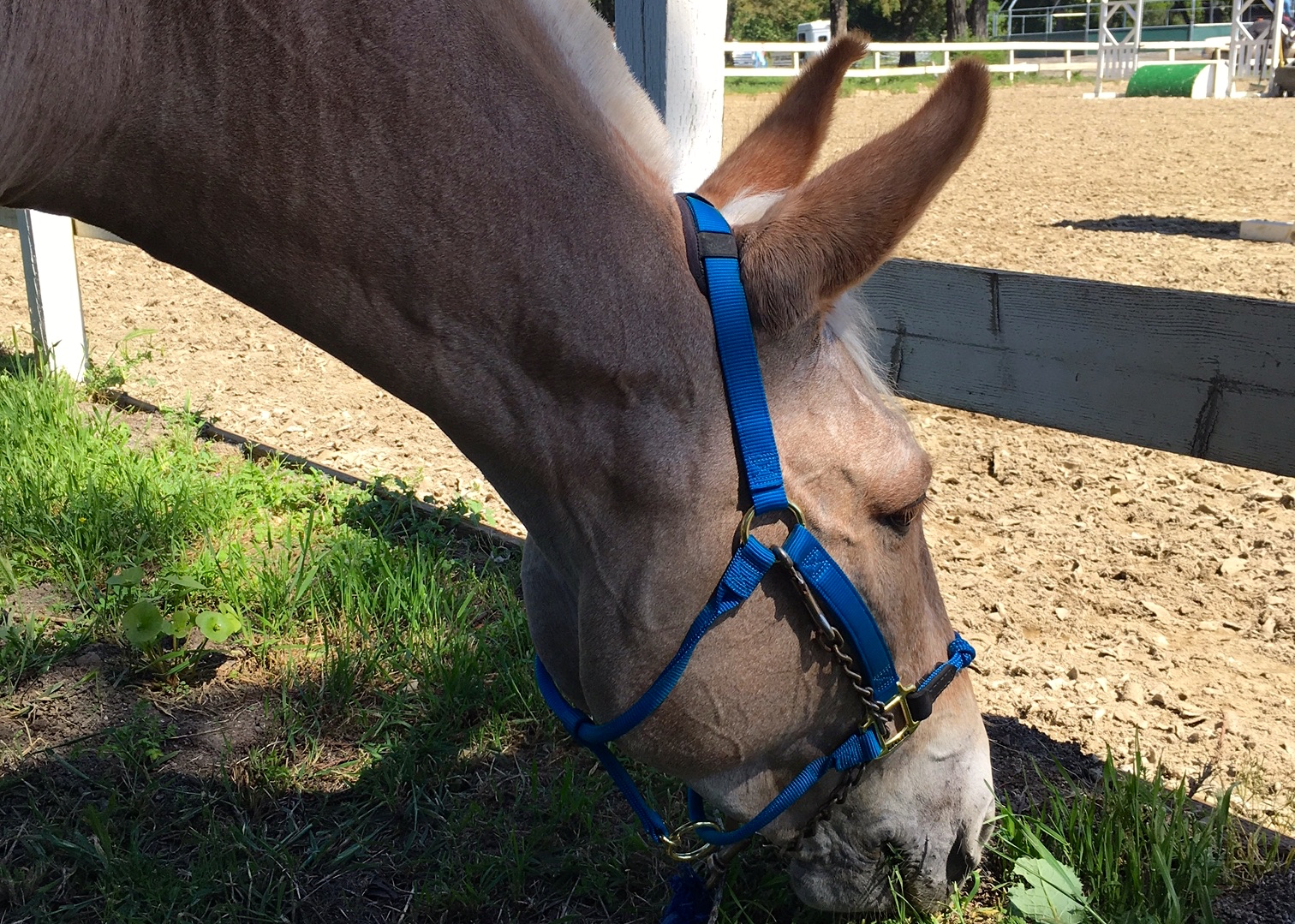 They started with the same trot poles, but moved much more quickly to actually jumping since they haven’t had all winter off from jumping although their practice has been very sporadic with all the rain. 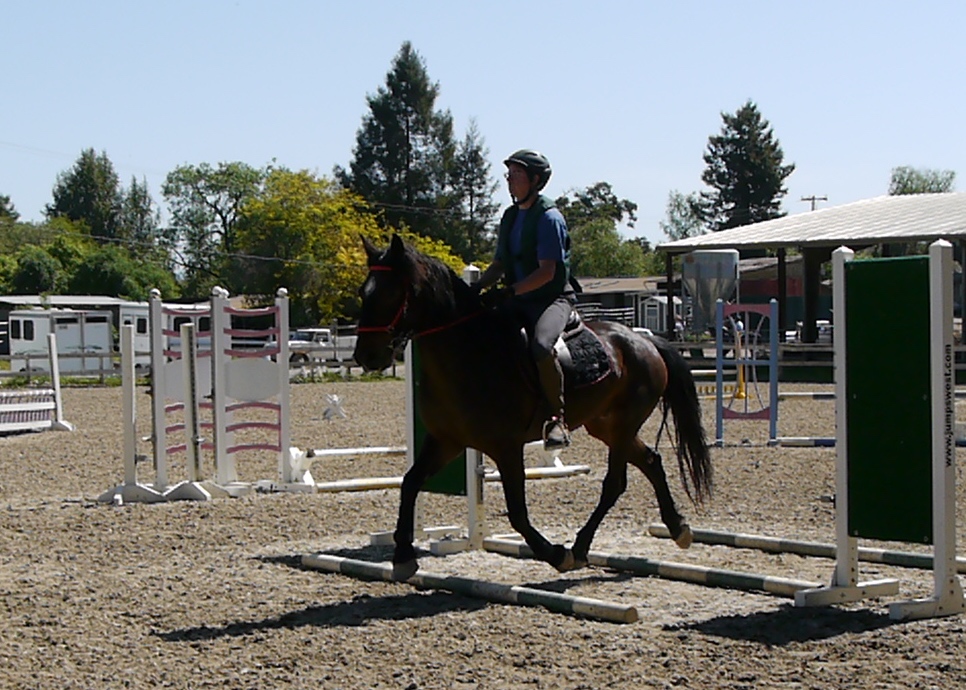 Although Eugene was very excited about jumping, he’s gotten to the point where he thinks little jumps are just glorified canter poles. While it’s nice that he’s getting used to jumping, it’s not actually a great way to go about it. 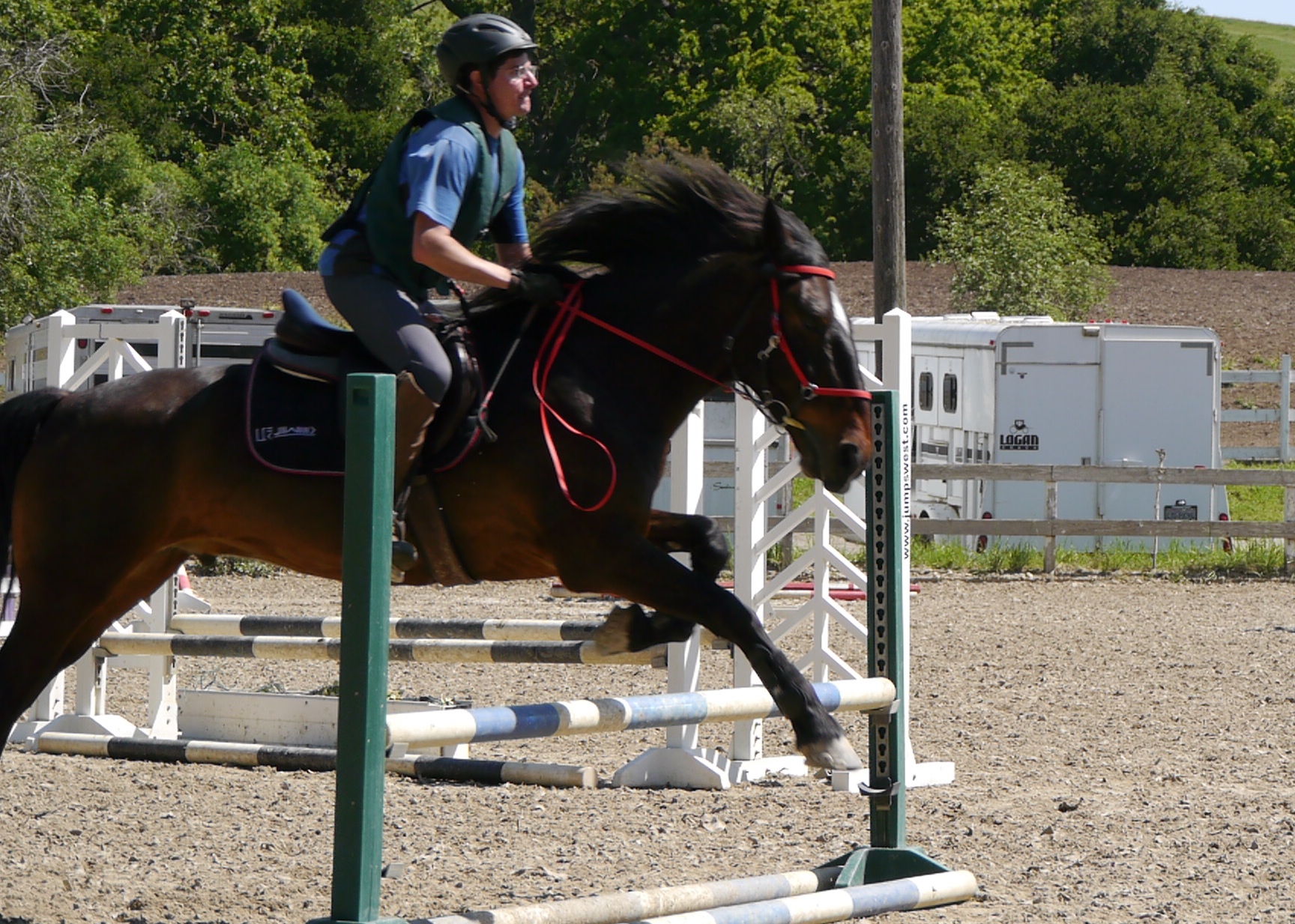 He did sometimes pick his feet up, but he was still rather casually flying over them. Brian worked with my husband on really collecting and rocking him back before jumps. Brian wanted a much bouncier canter coming in to encourage Eugene to sit back and jump instead of just lope over everything. 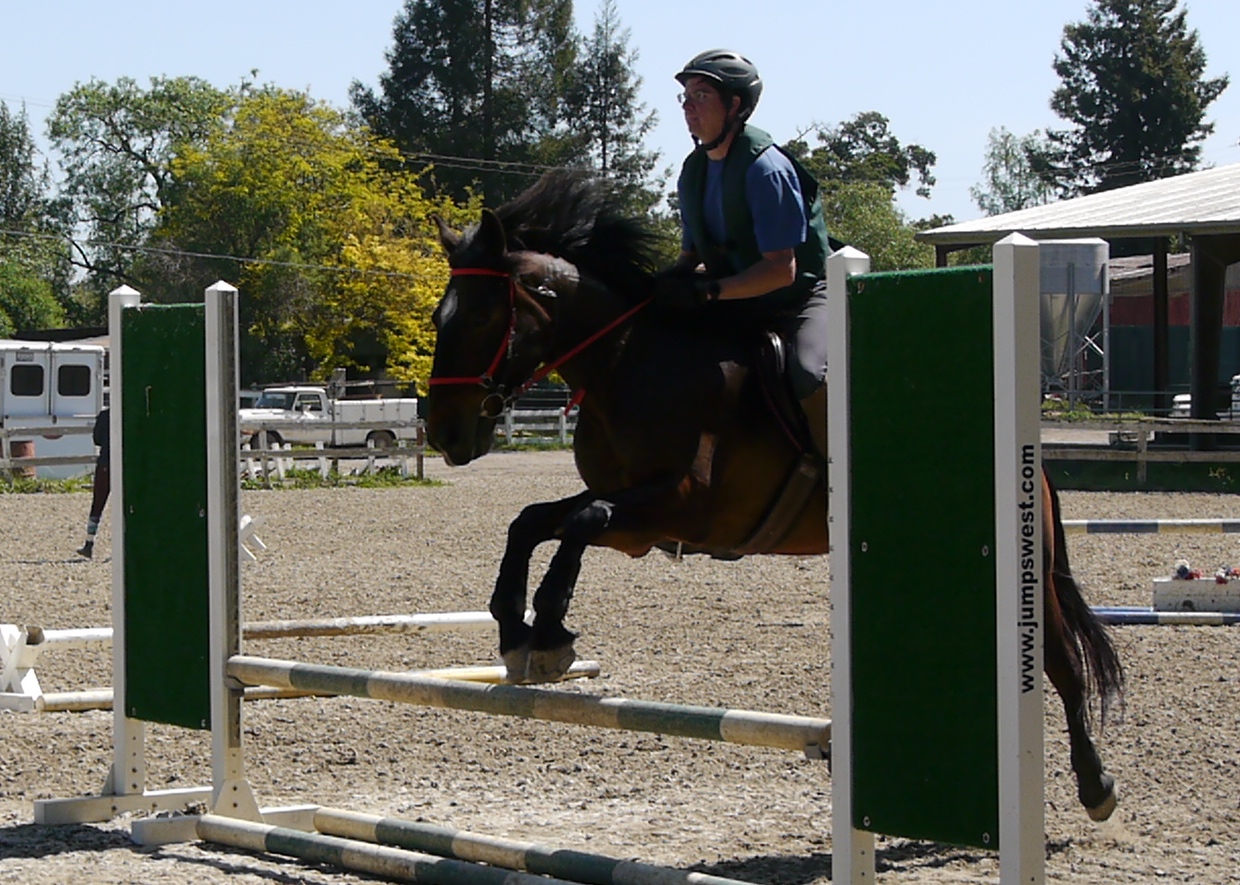 While they certainly need to work on the whole sitting back and collection thing, Brian did admit that Eugene probably just needs to face bigger jumps. It’s hard to get a horse to be concerned about little jumps once their not. 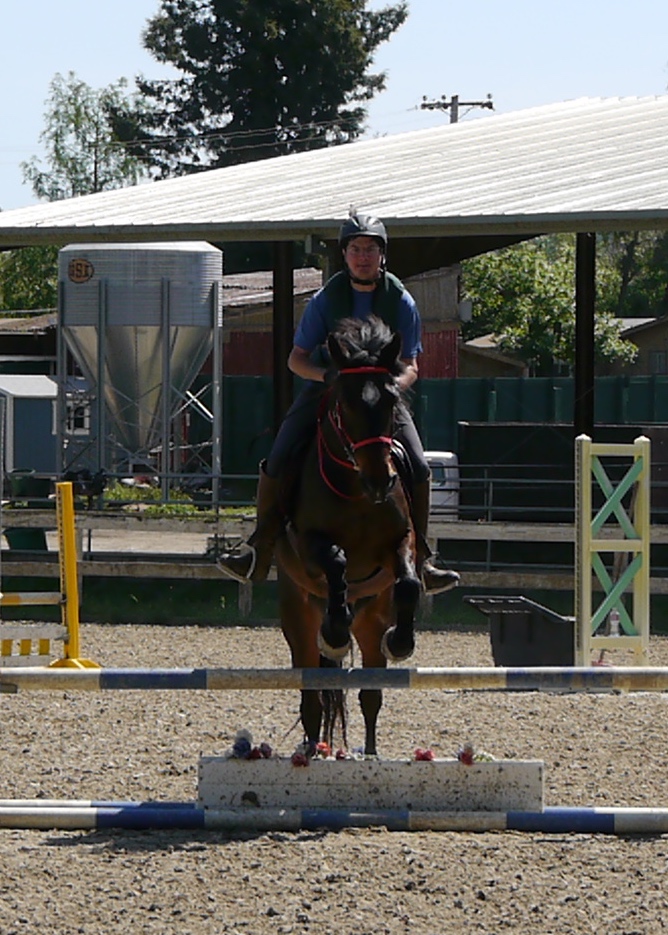 Sadly, I somehow managed to mess up the focus on the camera so all of my pictures of them are slightly terrible, but I do like how good their position is in some of the shots. My husband has the same problem I do with anticipating and leaning forward at the jumps, but he has somehow figured out how to do an automatic release with no one ever teaching him that. 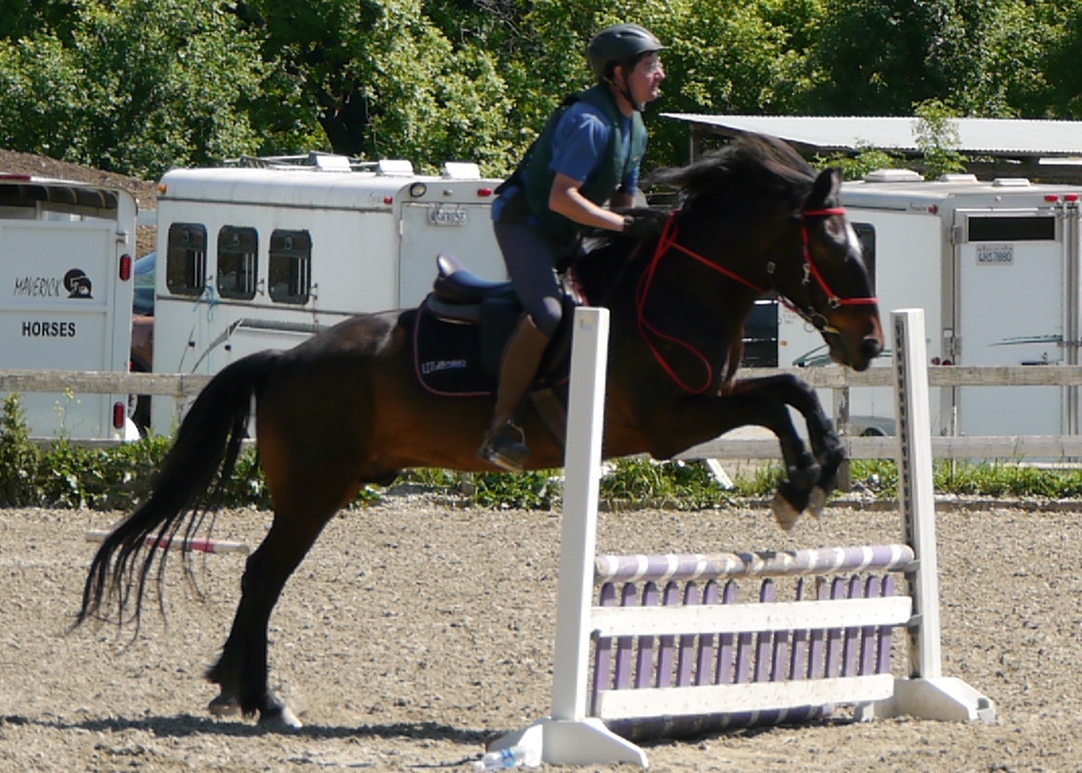 He actually commented on seeing these pictures that he had learned about the term automatic release by reading George Morris’s column in Practical Horseman and thought he was doing pretty well at it. It’s really not fair. I’ve been riding for almost 30 years, taking lessons, studying, reading everything I can. He took up riding 7 years ago, read some magazines I left in the bathroom, somehow absorbs that and is a better rider. 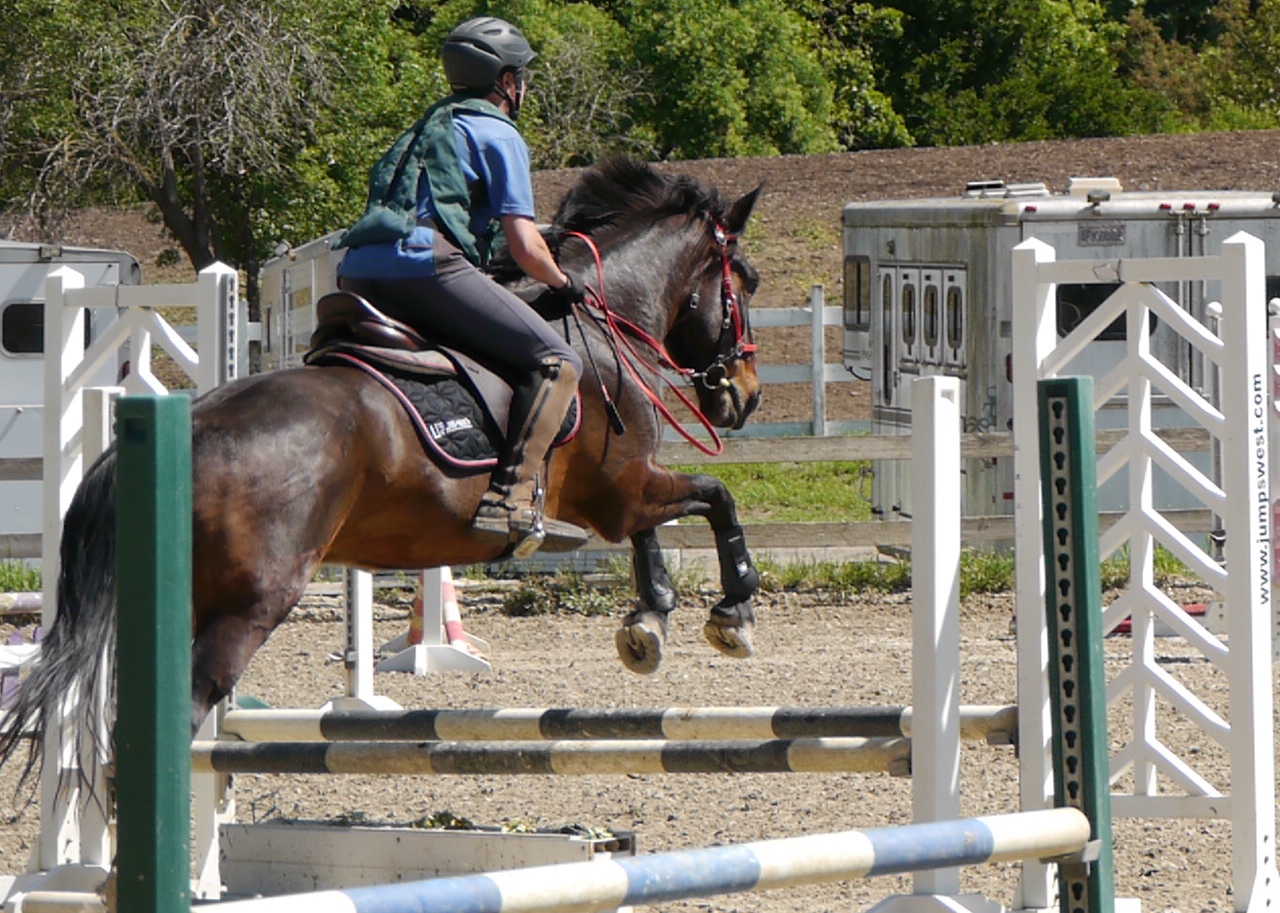 They finished with a slightly different course than I did with a bit more height. There were some bobbles, like Eugene trying to canter over a faux brush box. 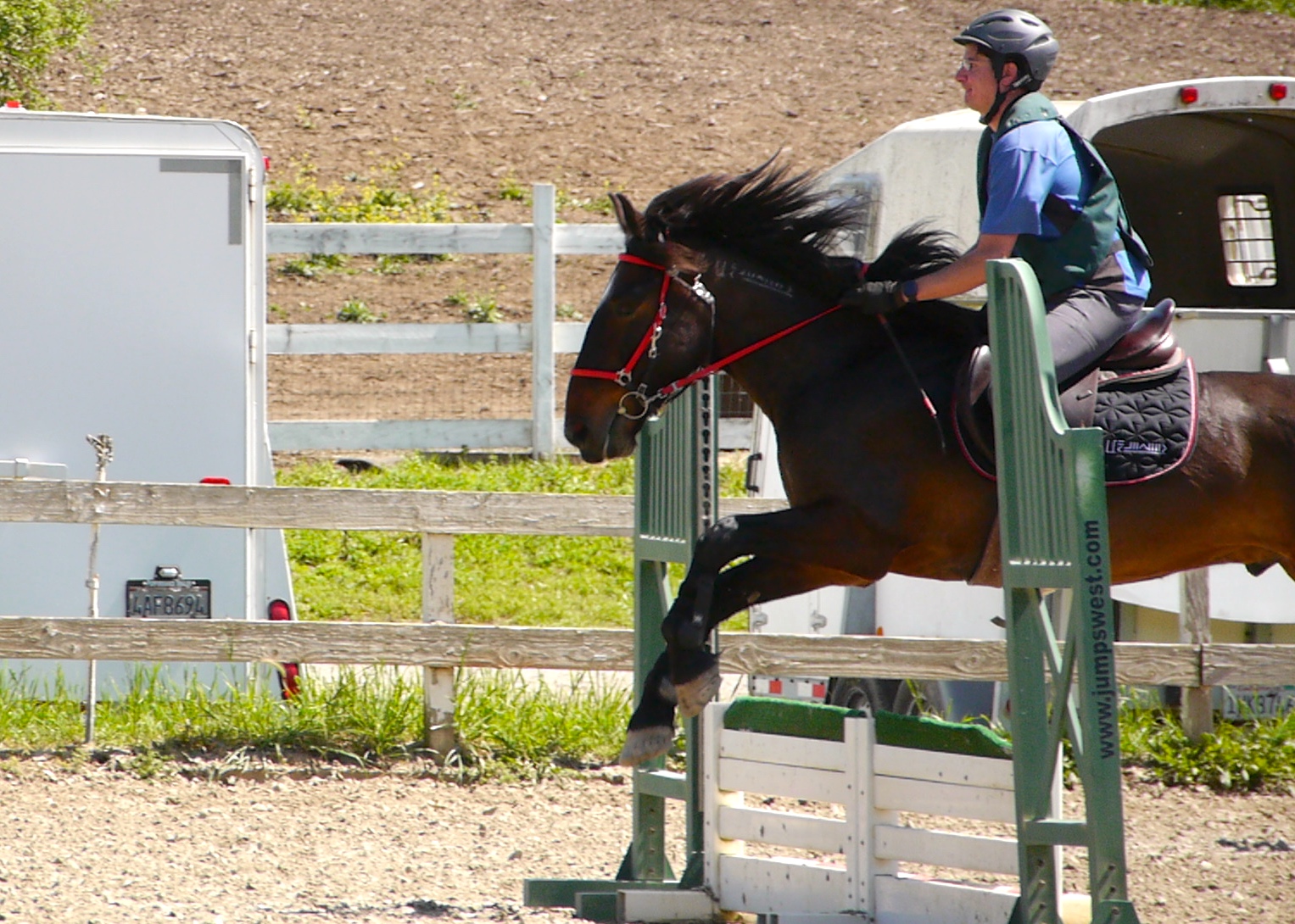 But it was mostly a very positive course. The whole lesson was a great confidence booster going in to our first event which is coming up soon.