Last week, my husband and I both had private lessons at the Brian Sabo clinic. I went first since my husband wanted extra time to get Eugene settled at a new place. I hopped on and warmed her up on the flat and then headed over for my lesson. Brian remembered us and asked how we’d been doing. My response: “Nilla hasn’t jumped since November and I’ve ridden her 3 times in all of April.”

His response was, “well, you’re brave.” Not really. I figured it was safer to try jumping with a trainer there to help than to wait until our first show. I mean, we are amazing at showing, but professional help is always welcome.

With our lack of recent jumping in mind, I said we should start low and build up slowly. He had us start with 2 sets of three trot poles and then raised the 2nd part of the set to a x-rail. Nilla was locked on to that x-rail. 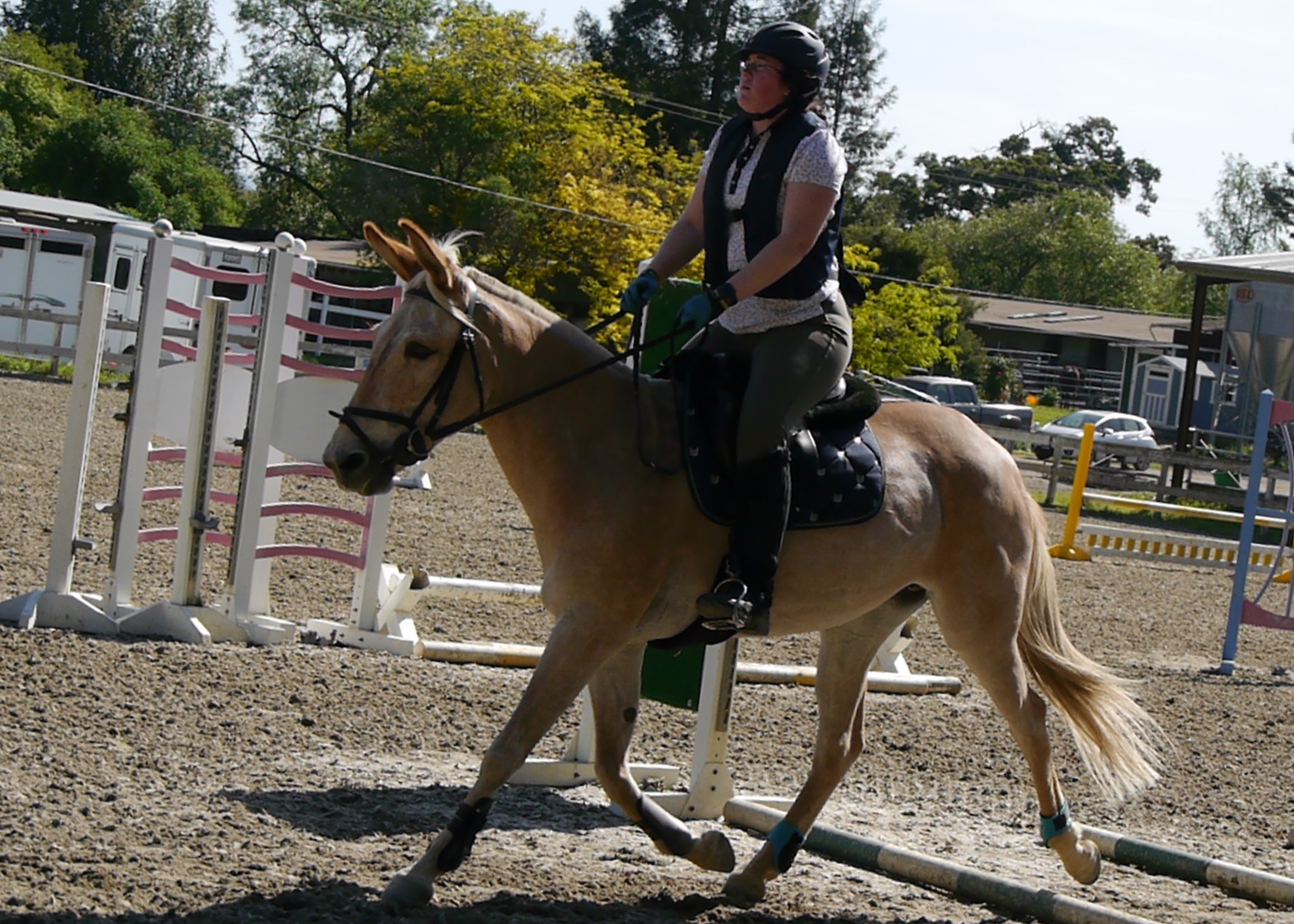 Of course, the first few jumps are never without “playing” afterwards. She did settle down though and she really was just a little playful and not pitching fits like she has in the past. 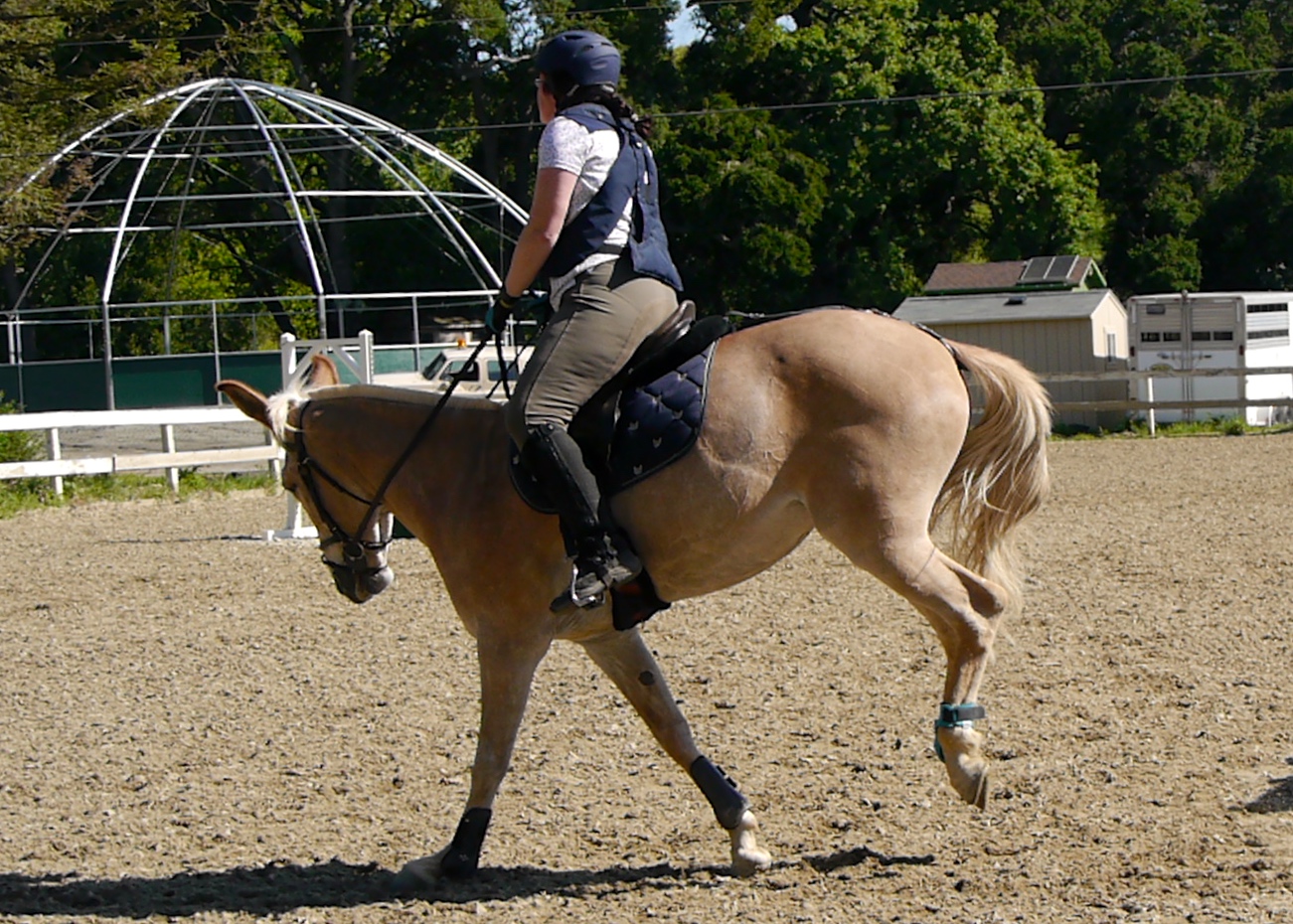 We got past the antics, but she never lost the desire to over-jump things: 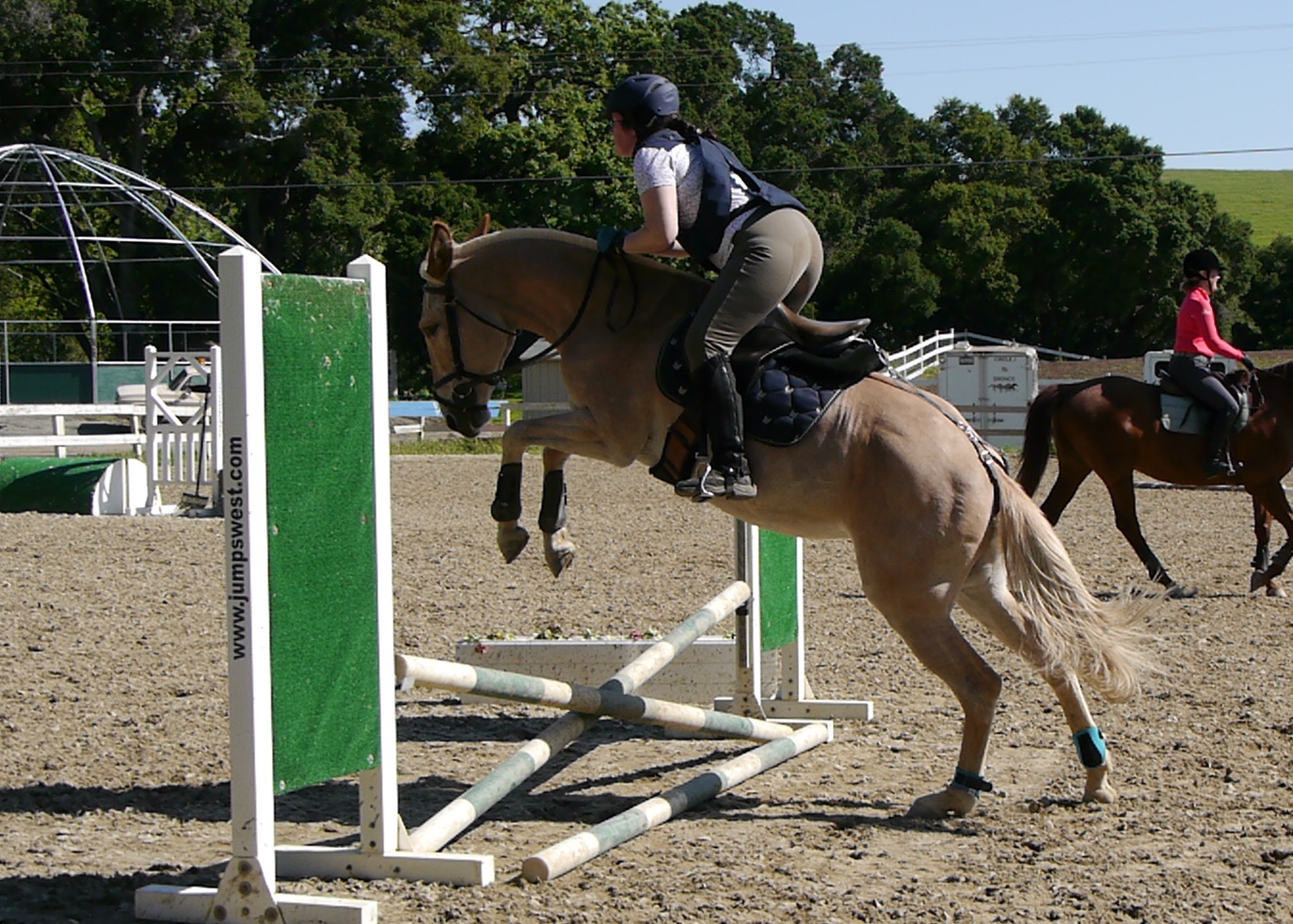 Despite the over-jumping, this was some of the most relaxed jumping I’ve had from Nilla. She was locked on to jumps, but actually listening to me. She was not bolting around dragging me wherever she felt like going. 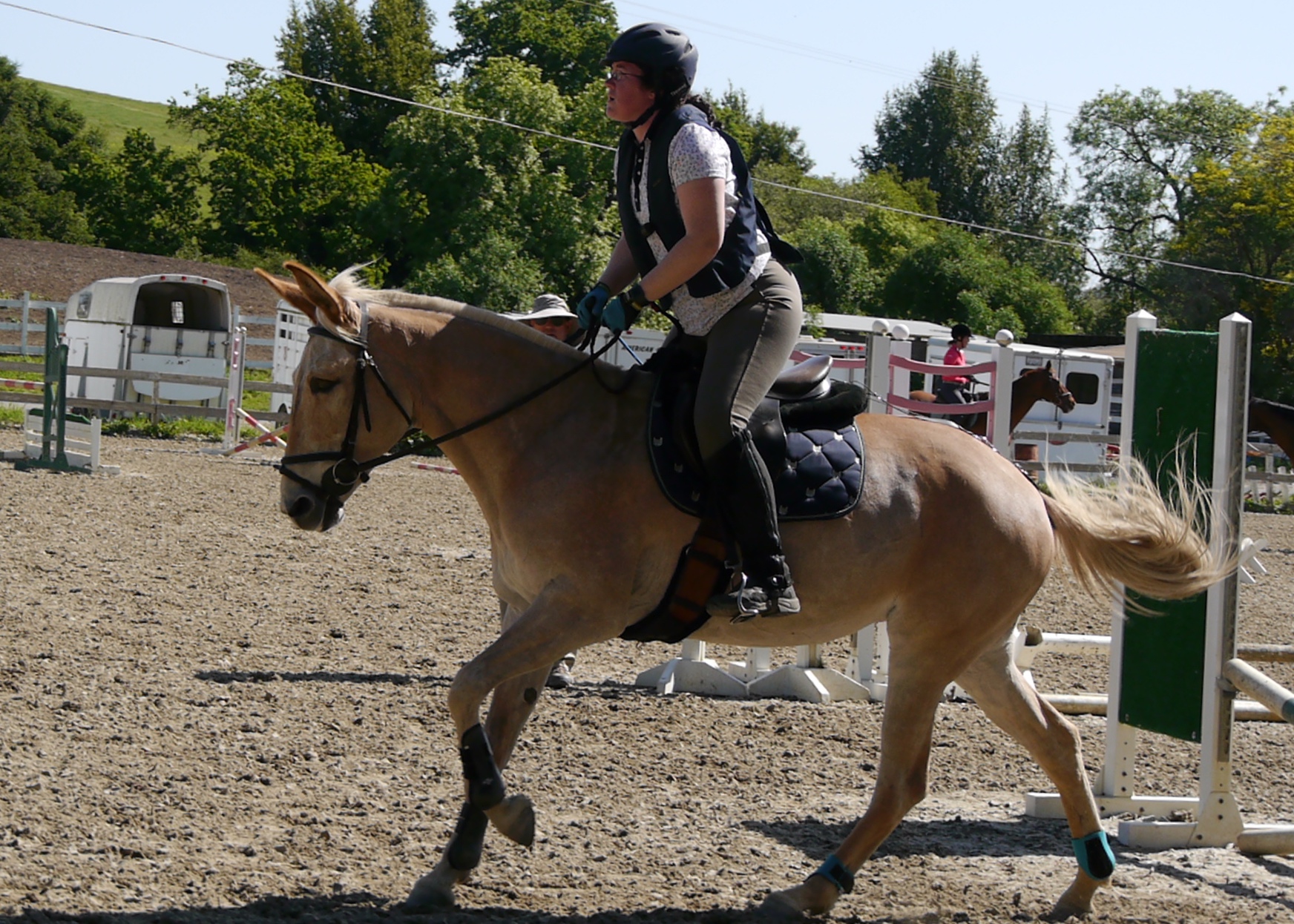 We did have a few incidents of over-excitement. Especially once we added a rollback from the line to a blue vertical. Nilla felt like bolting the last two steps and flying over the jump was the best plan. It was not: 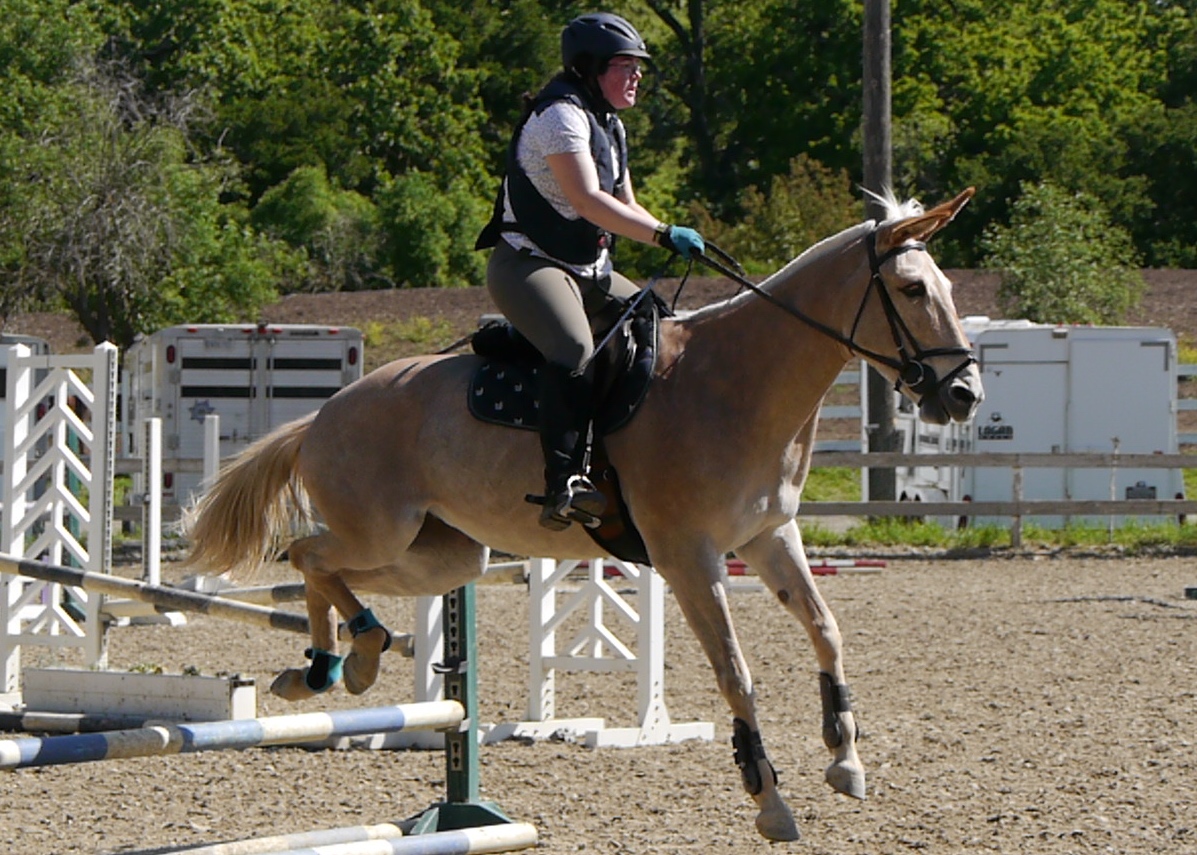 I discussed with Brian my problem with her. If I fight her about this, we will probably crash into the jump. She just does not take input well. He advised what he called conscientious objecting, which is basically defensive riding. Don’t completely give her free rein, but don’t get into a fight either. Sit back and prepare, don’t give in to the bad idea, but he agreed that getting into a fight with her right before a jump wont get us anywhere.

He started having us do a bunch of canter-trot transitions to work on developing half-halt so that I can eventually control her without breaking to a trot. It’s a good exercise and it’s something I’ve done before, but didn’t think to do during jumping practice. Which is really a great idea as Nila loves jumping so it keeps her interested even if we are working on something hard. 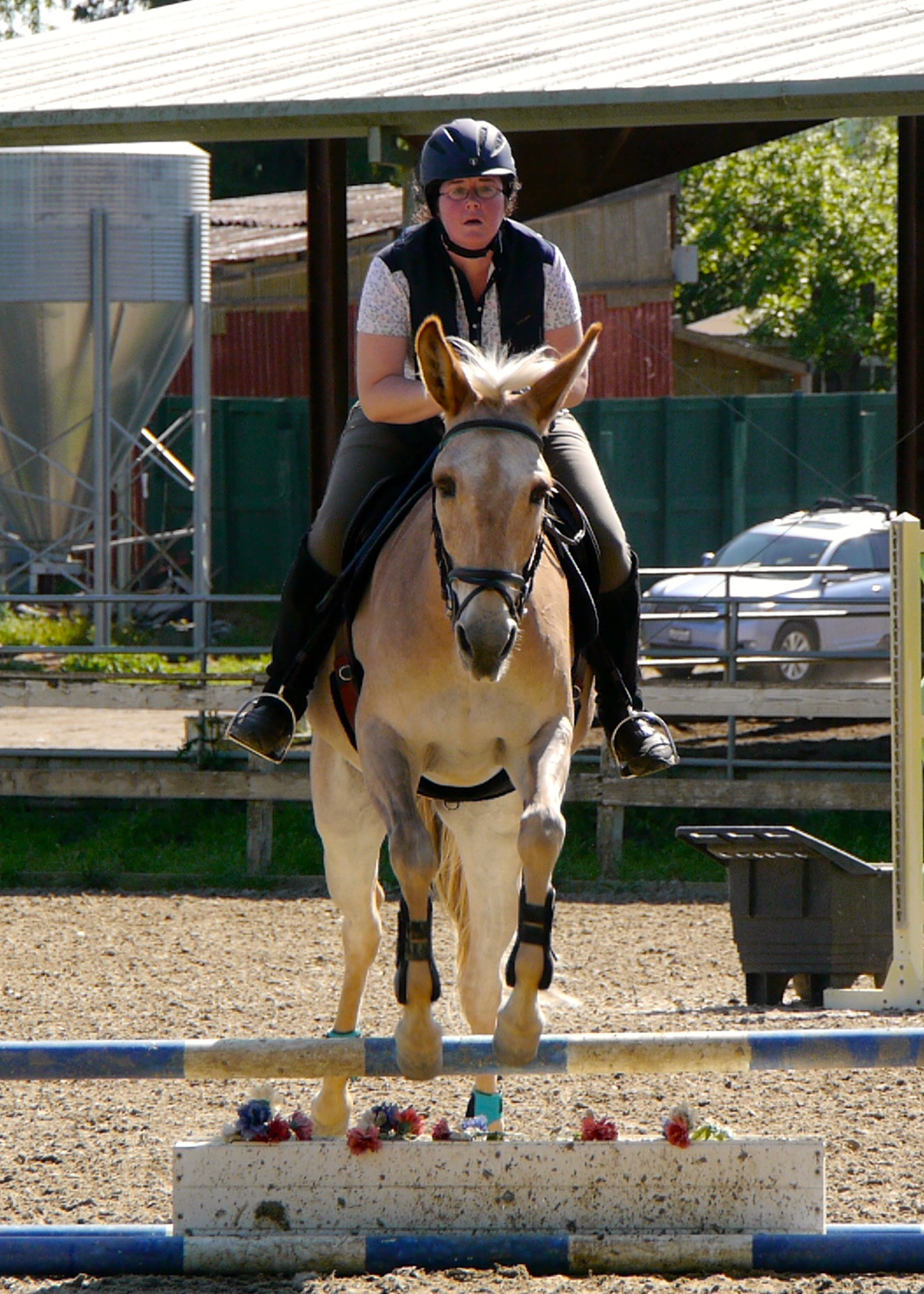 Brian began adding additional jumps like the vertical above. And then raising all of the previous jumps. It was a great, gradual transition and exactly what we needed since we hadn’t been jumping in so long. 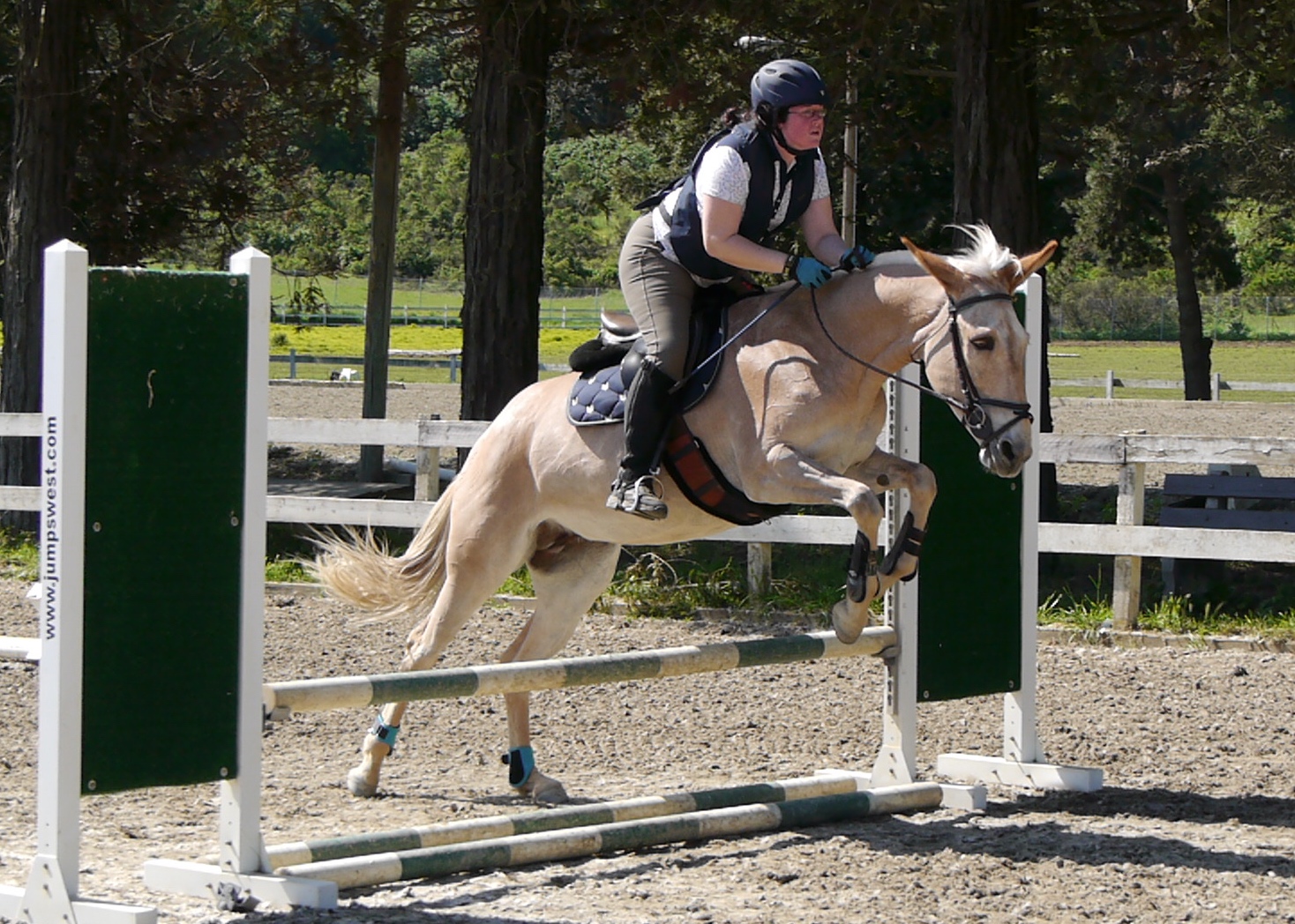 We even managed to do a more decent version of the blue vertical from the outtake picture above. We’re still not jumping the actual jump, but it’s a good jump in Nilla world. 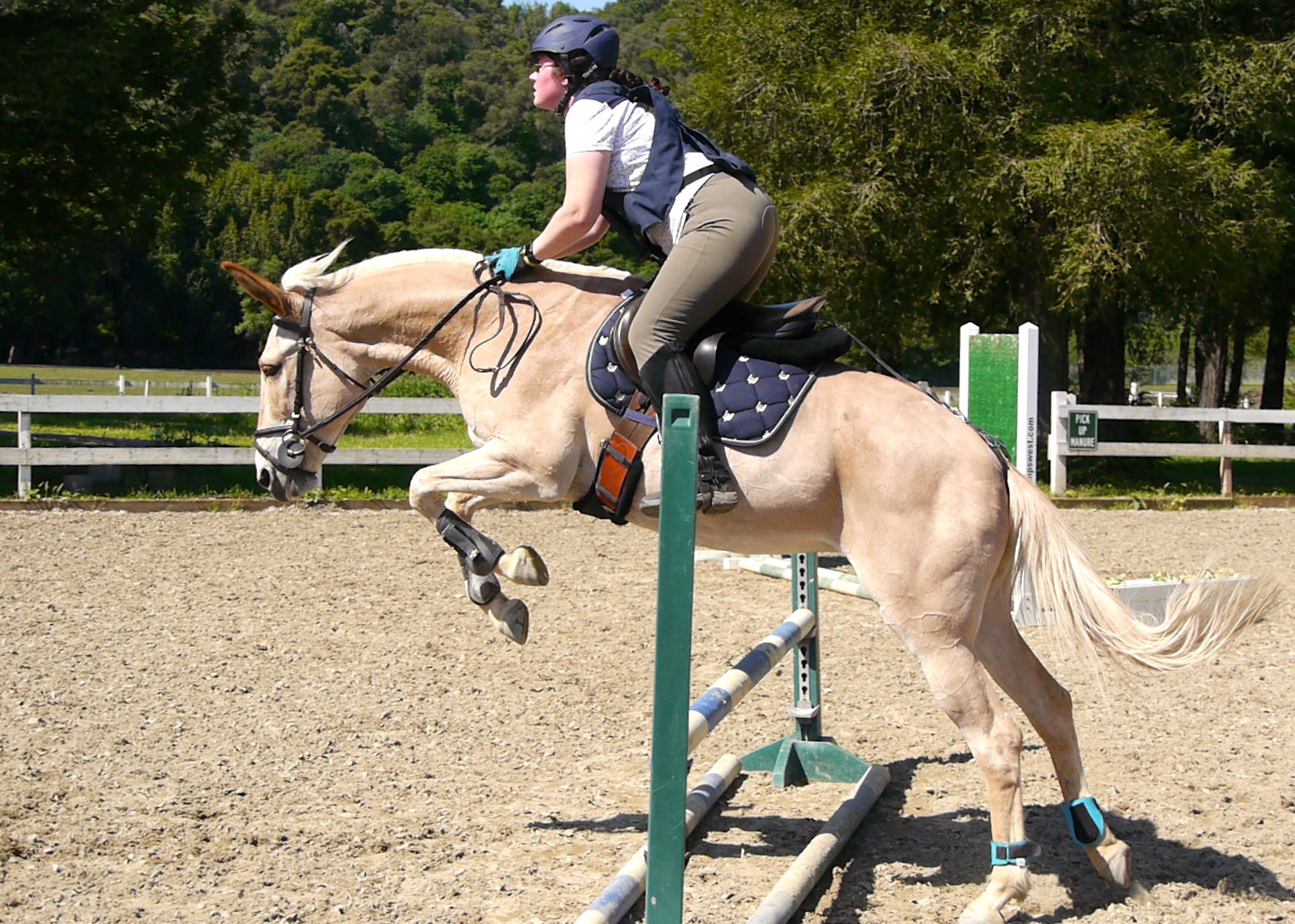 And we had this fun over-jump as well:

Once we were doing well with the first 4, Brian added the purple diagonal line, which we had to have a few circles and discussions of listening to me before we could actually approach the jump, but she was good post discussion. 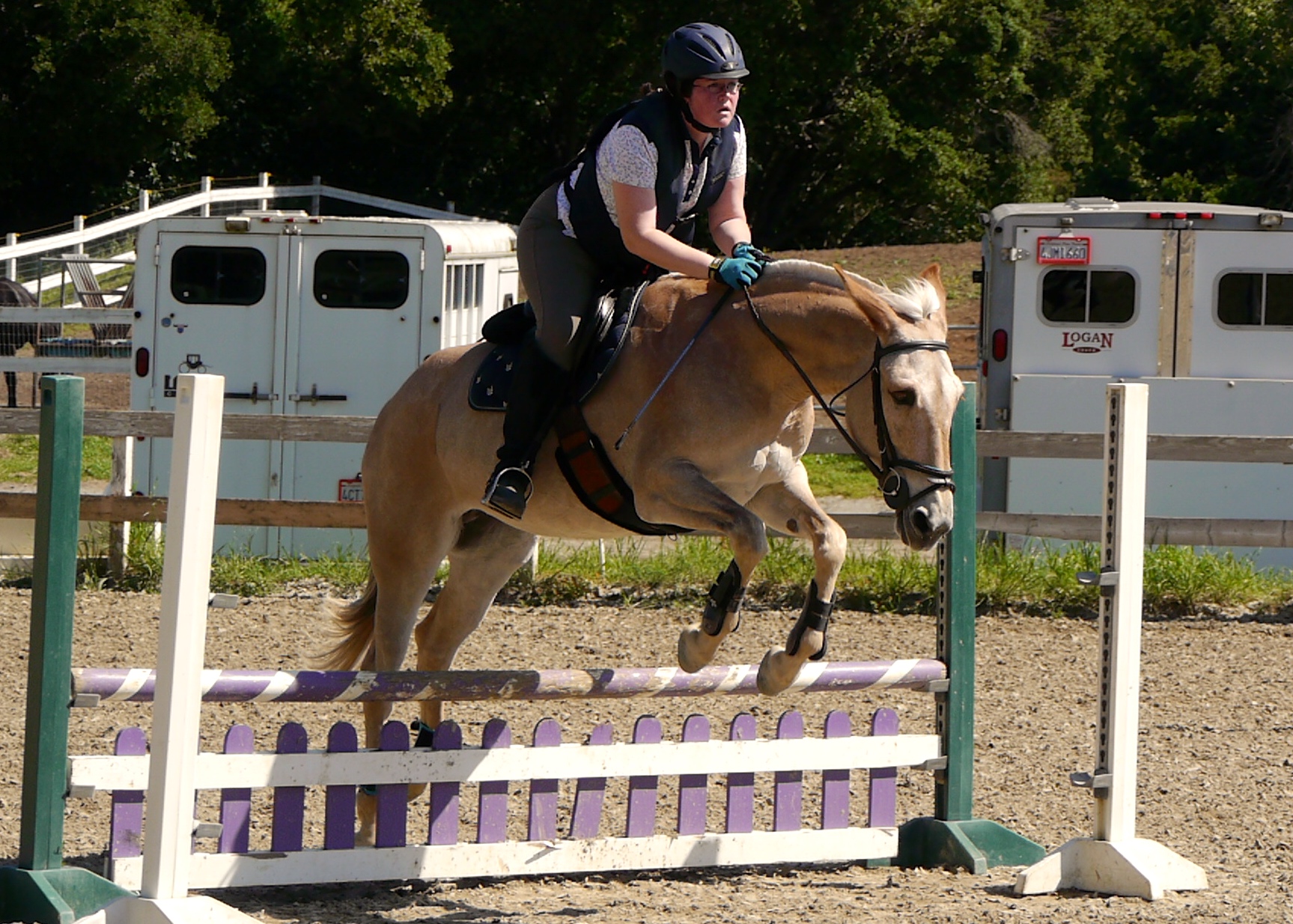 Then we strung everything together into a course with an oxer and another yellow vertical I appear to have no pictures of. I kind of got a picture of the oxer. Brian’s a bit in the way of the shot, but she looks great. If you closely, you’ll notice that one of the crupper straps is hanging down. It had unclipped itself and was apparently flying around hitting her with every stride. Poor little mule. We just cannot escape the crupper issues.  Actually, her ears are pinned in the purple gate picture above because the crupper was smacking her then too. 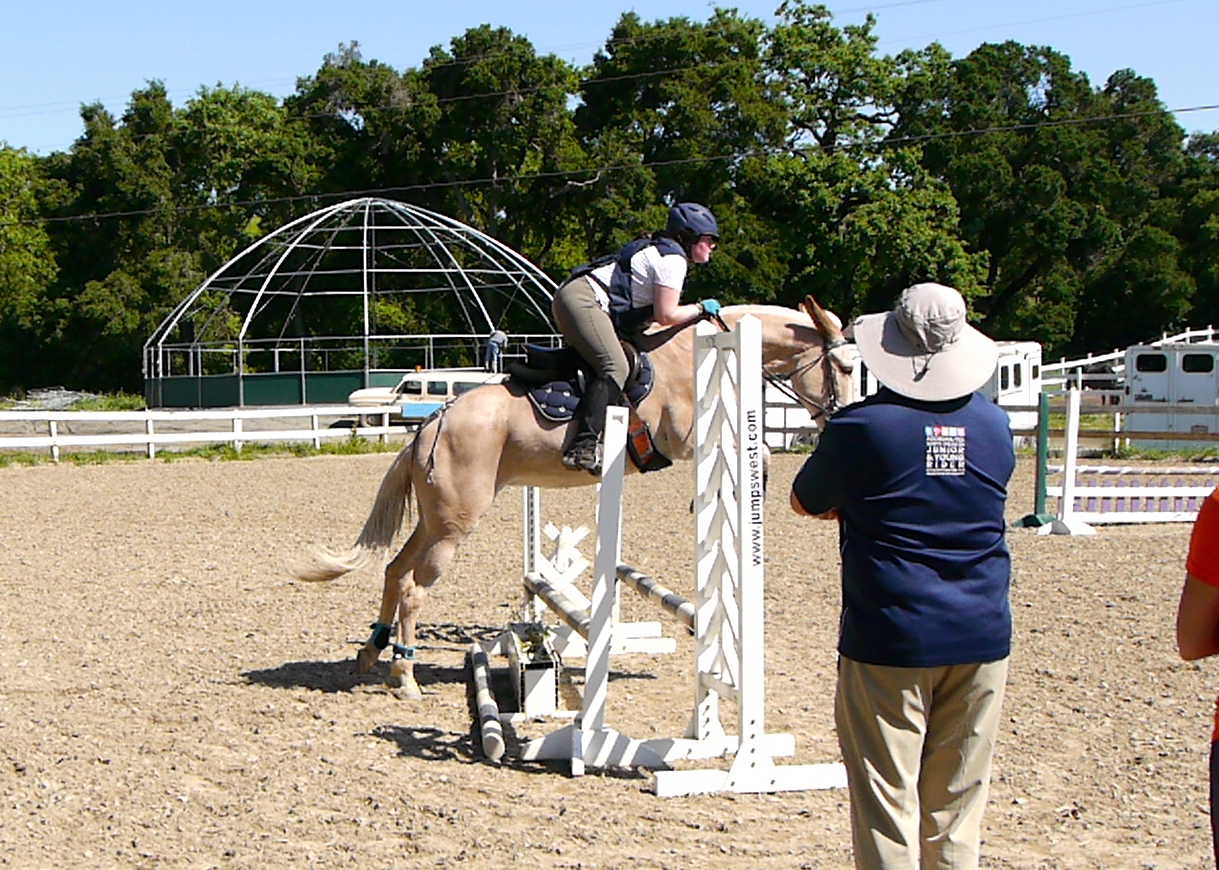 After we finished the course, I said we could end on that. She was really good: calm, relaxed, and listening to me. It was really a refreshing lesson and a huge confidence boost going into our first event of the year.