Last week my husband forgot to bring his bit back to the barn after the show (he took the show bridle with bit still attached home to clean it). He was initially going to just give up on dressage and go out for a trail ride with the reins attached to the halter bridle, but I told him he should try riding Eugene without a bridle.

They started out warming up with the reins attached to the bottom loop of the halter and riding around without using them to see how he would do. I was busy dealing with Levi so I didn’t get any pictures of this. Once I got up the the arena, he unclipped the reins and wrapped them around Eugene’s neck. Unlike Levi, Eugene doesn’t neck rein so I told my husband to try holding the reins around his neck like normal (just not attached to anything) and that way he wouldn’t confuse Eugene by trying to neck rein him.

They started with some walk-halts to make sure they still had brakes without reins and then it was time to try trotting. 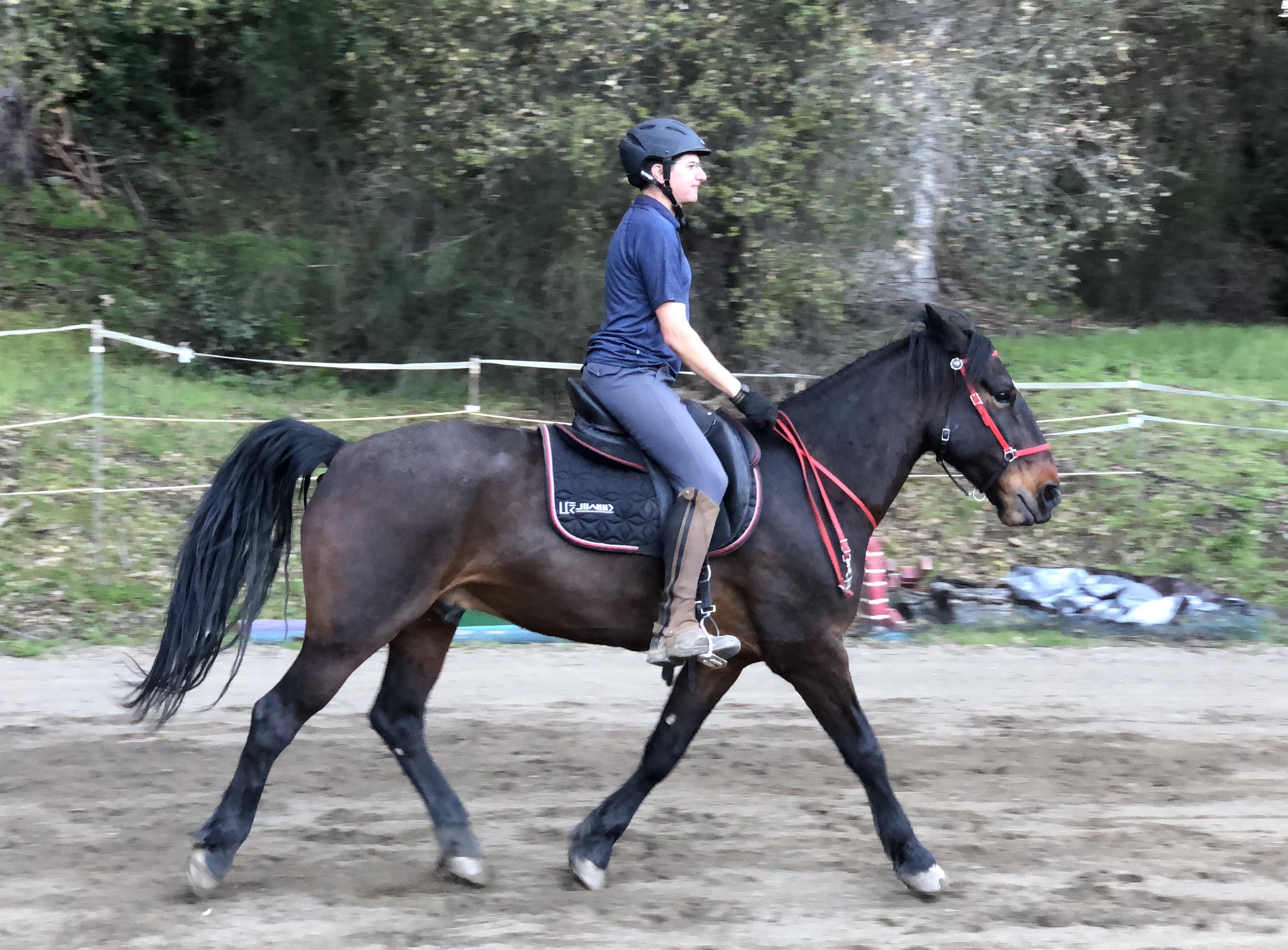 Eugene was better at the whole bridleless thing that either of us thought he would be. He seemed to think it was a fun game. Once they established they could transition up and down and circle it was time to try cantering. 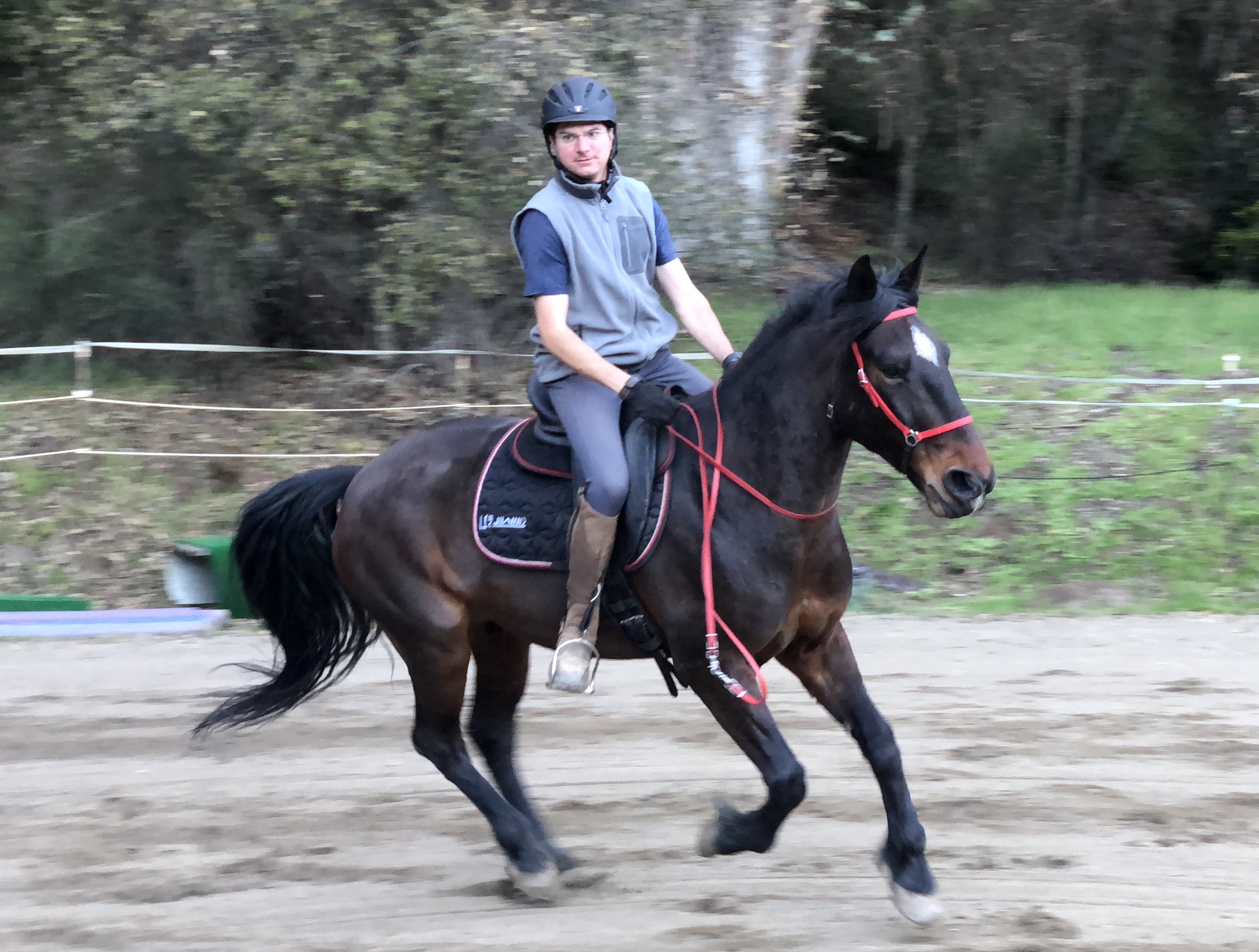 Eugene was really well behaved about cantering, but it took quite a few tries to get the right lead. Leads are hard. Even more so without reins. Through it all, Eugene was great though; totally willing to come down down to trot and back up to canter.

After that, I asked if they wanted to try a jump. Although I’ve ridden him a few times without a bridle, I have yet to try jumping Levi without one. I set up a little crossrail at first and Eugene was on it. 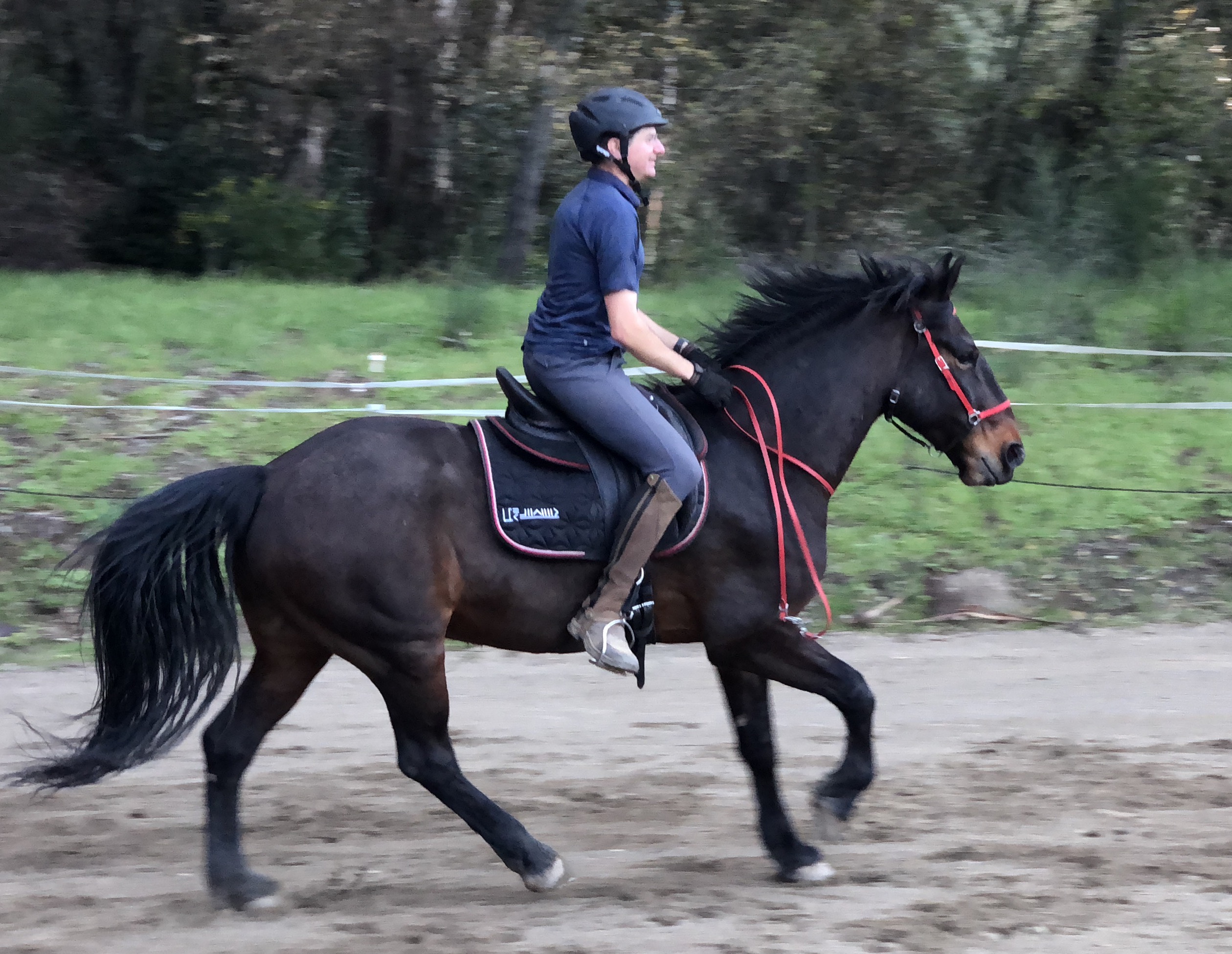 The problem with jumping Eugene without reins wasn’t getting him to the jump, it was getting him to not cut across the arena straight to the jump. He was too eager for square turns and straight approaches. He popped right over the little crossrail a few times and did it so nicely, I raised the jump a little.

I’m sure they’d have been fine over an even higher jump, but that was as high as my husband wanted to try in his dressage saddle. It was a very successful ride and another skill to add to Eugene’s resume. They’re such a great team. 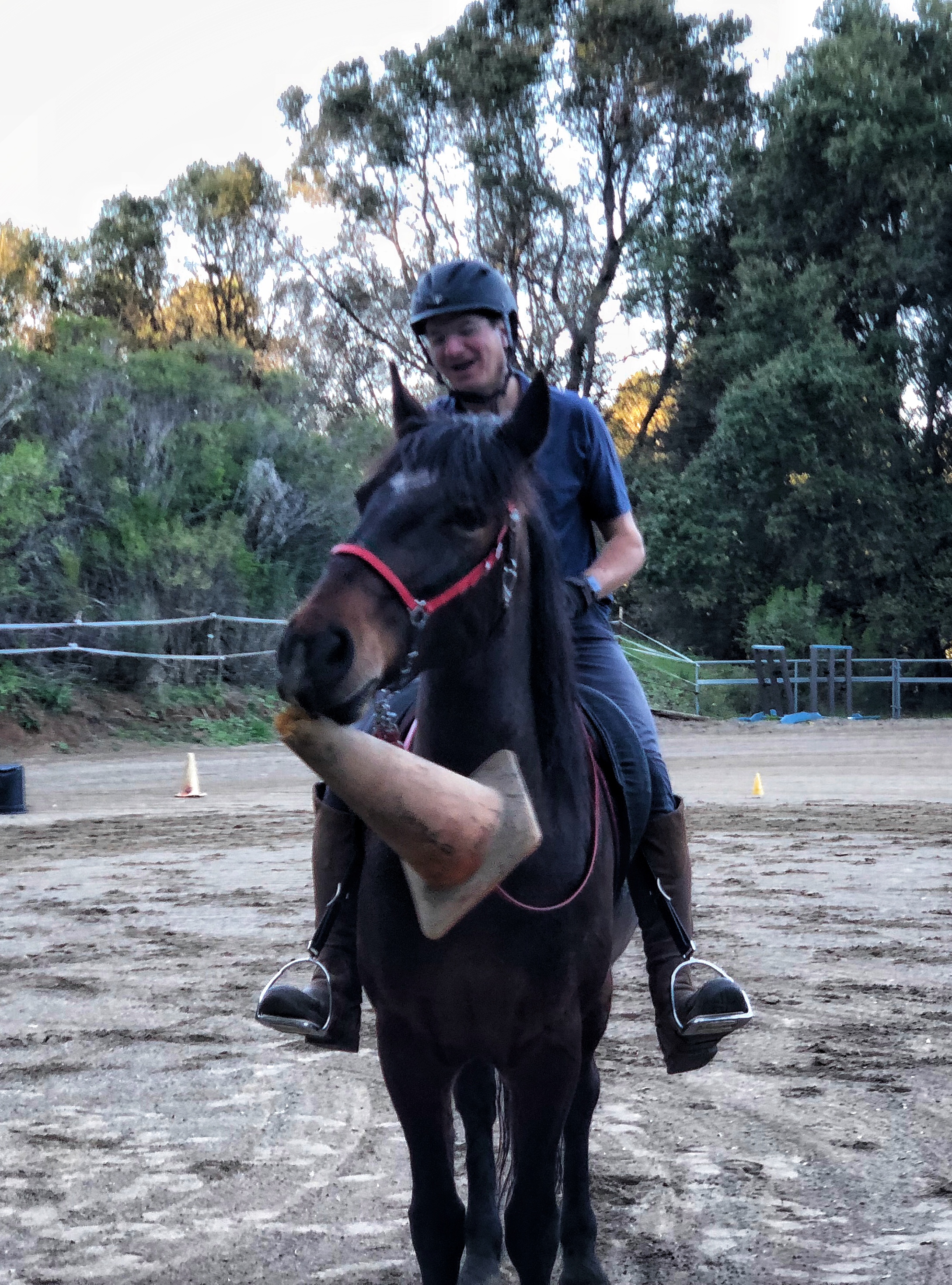 Eugene can also add cone slinging to his resume