I originally wanted to do BN at Camelot this year, but then I didn’t jump Nilla at all – let alone school XC – from November until 1 week before the event, so I thought that might be asking a bit too much. And I figured we could still have fun at Intro even if it’s not as challenging.

This event was supposed to be a two-day, but they ended up having low entries and decided to make it a one day. Schooling on Friday and Sunday were still included though. With no showing to occupy us Sunday, I decided to throw Levi onto the trailer and school him Friday and Sunday.

We left bright and early Friday morning to make the long drive and have plenty of time for schooling. It’s only a 3.25 hour drive in a car, but with a trailer, it takes about 4 hours. And we usually do a pit stop at Wal-Mart to use the bathroom and grab lunch. I hate Wal-Mart and never shop there, but they always have huge parking lots so they’re a safe bet for a place to park when traveling with a trailer. The ponies got carrots and a chance to stretch their necks. Nilla refused to put her head out though. 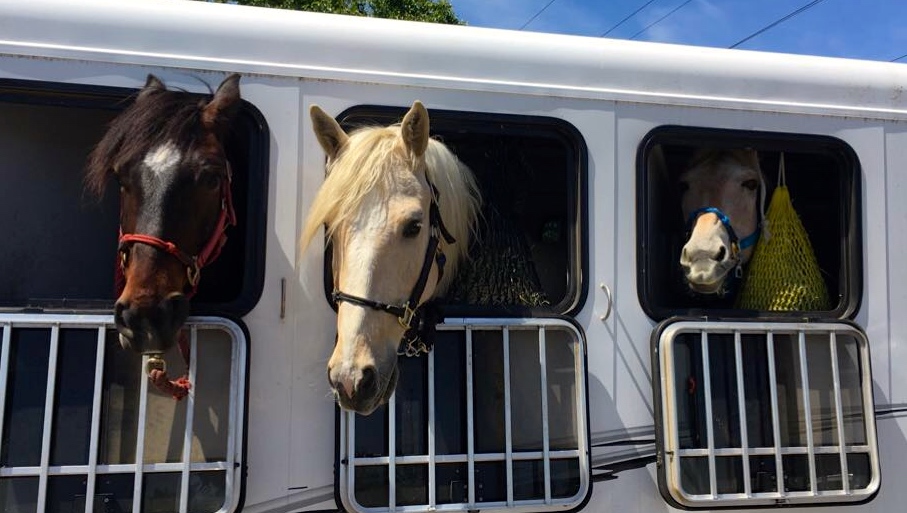 Once we arrived, parked, and unloaded the ponies, I got Nilla tacked up to go schooling. The weather was crazy. The wind was whipping the trees back and forth. It was so bad, a bunch of the jumps’ flags had been broken off by the wind. The water was even rippling. Of course, Nilla was lit. I really should have taken a video to show just how intense the wind was. You can see a bit of the flags flopping and grass waving in this gif.

We met a few fellow showers out schooling and their unanimous opinions were “I hope this wind dies down before tomorrow.” Nilla is generally excited about jumping and especially XC so I don’t know how much the wind was making it worse, but it certainly wasn’t helping. There was a lot of awkward over-jumping and “playing” afterwards. 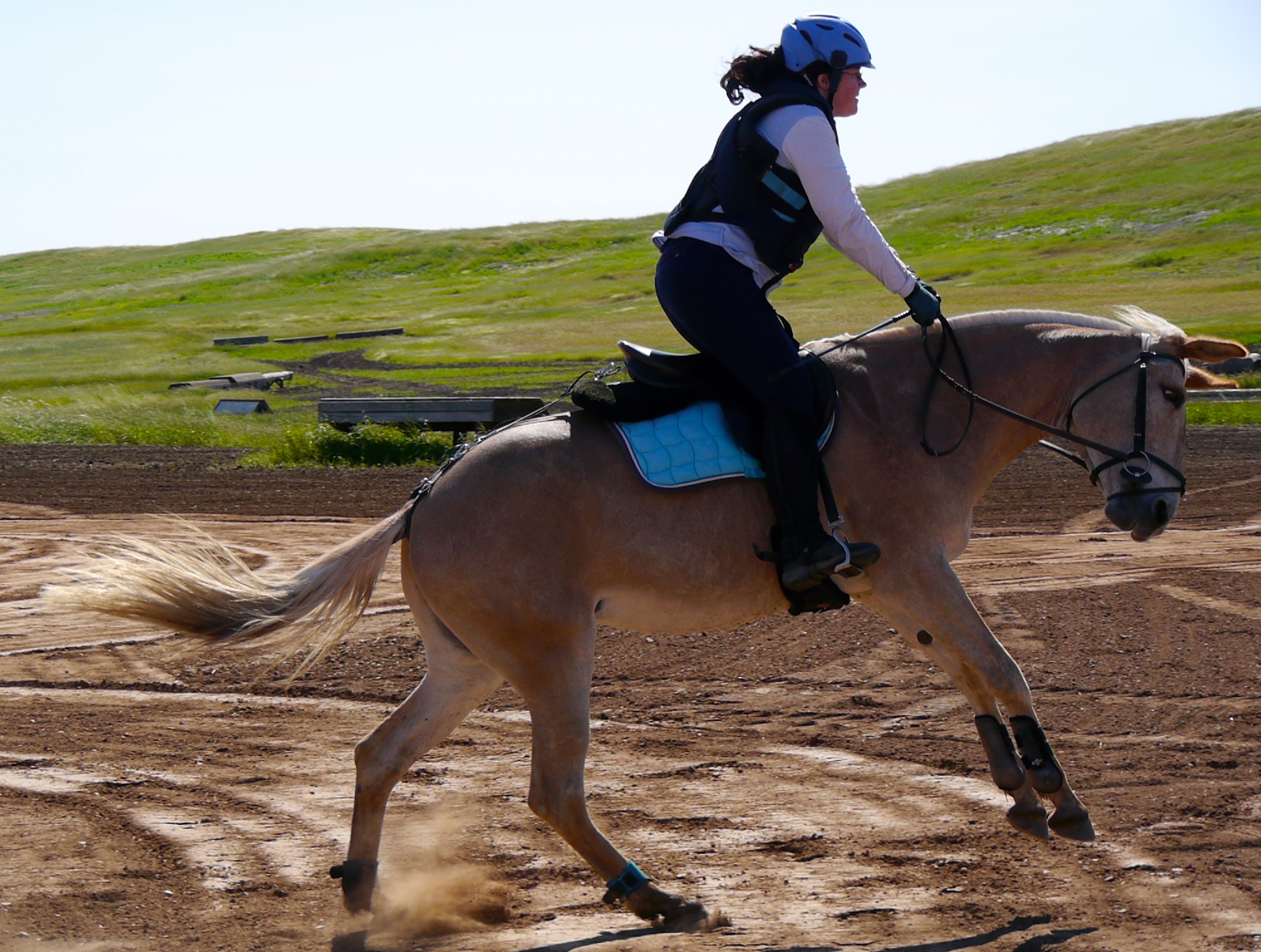 I really could have used my neck strap, which I had sadly forgotten. I really just had to ride defensively, and keep my hands up anticipating her antics both over and after the jump. One of the things I really wanted to do was school the water since Nilla hates water. And it was good that we did as she slammed on the brakes and refused to go in the first time. She eventually went through, but had to express her opinion:

Nilla and I have different opinions on how fun water obstacles are. #mulesofinstagram #eventingmule #tongueouttuesday 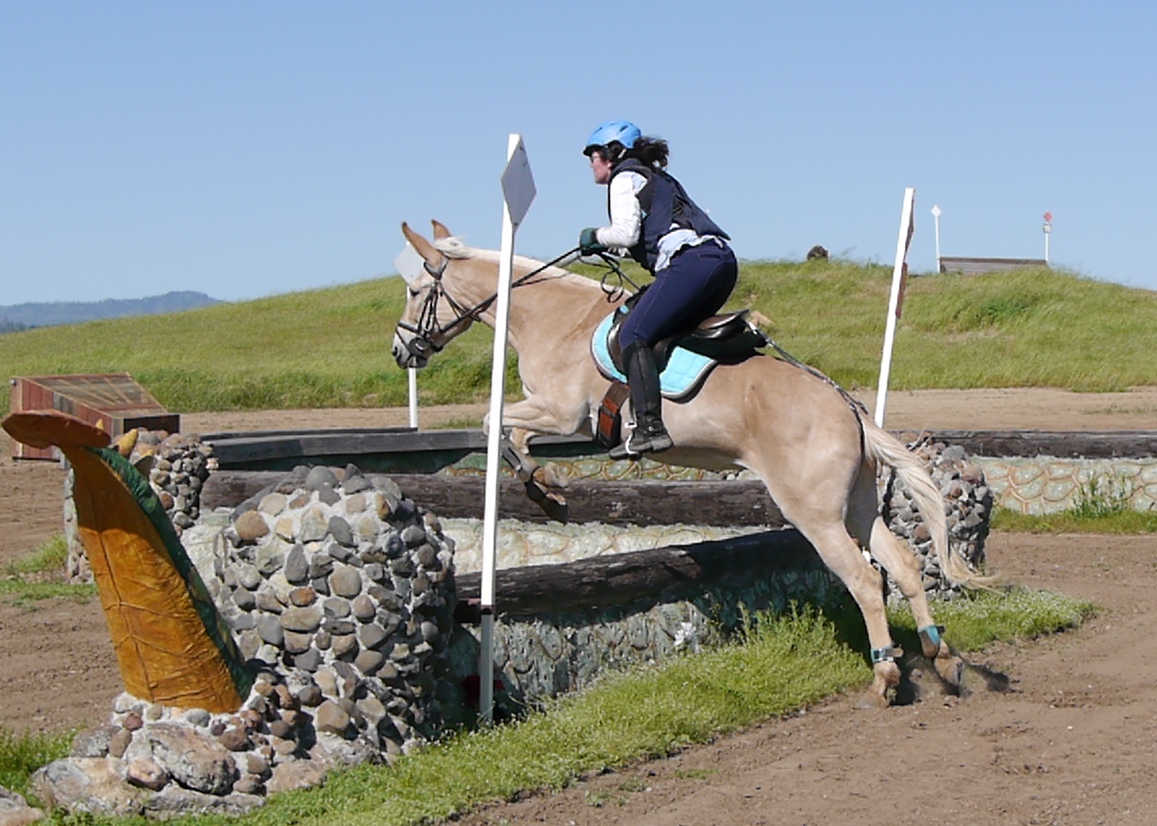 I swear I’m really not this bad of a rider. When she’s not jumping like a rabid deer, I do look better. I don’t disagree that I need to fix my potion regardless, but I am an amateur with very limited opportunities to jump. I’m working on it. 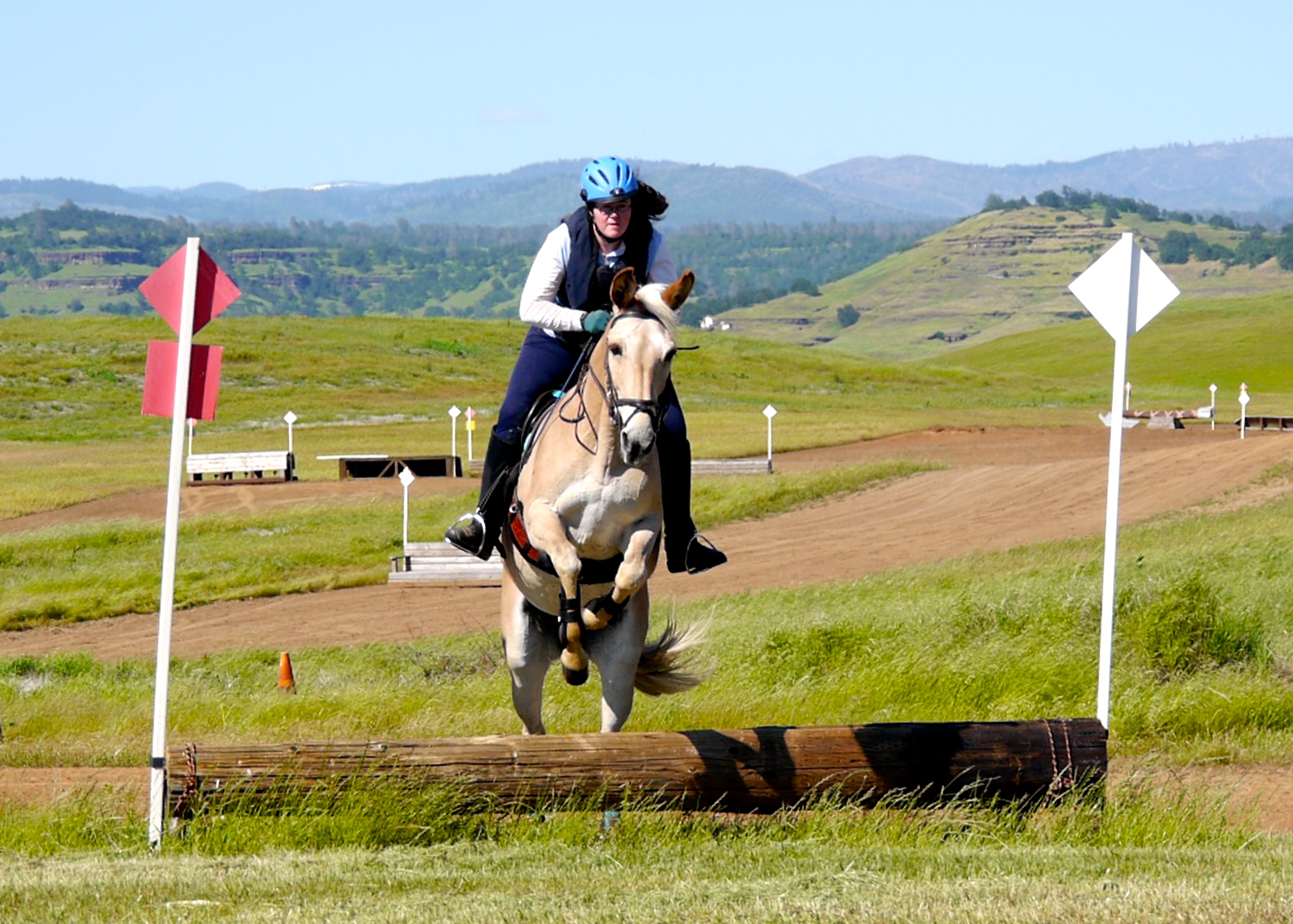 Nilla was super excited to be out jumping though. Outside of the water she dragged me to everything and hurled herself over enthusiastically. 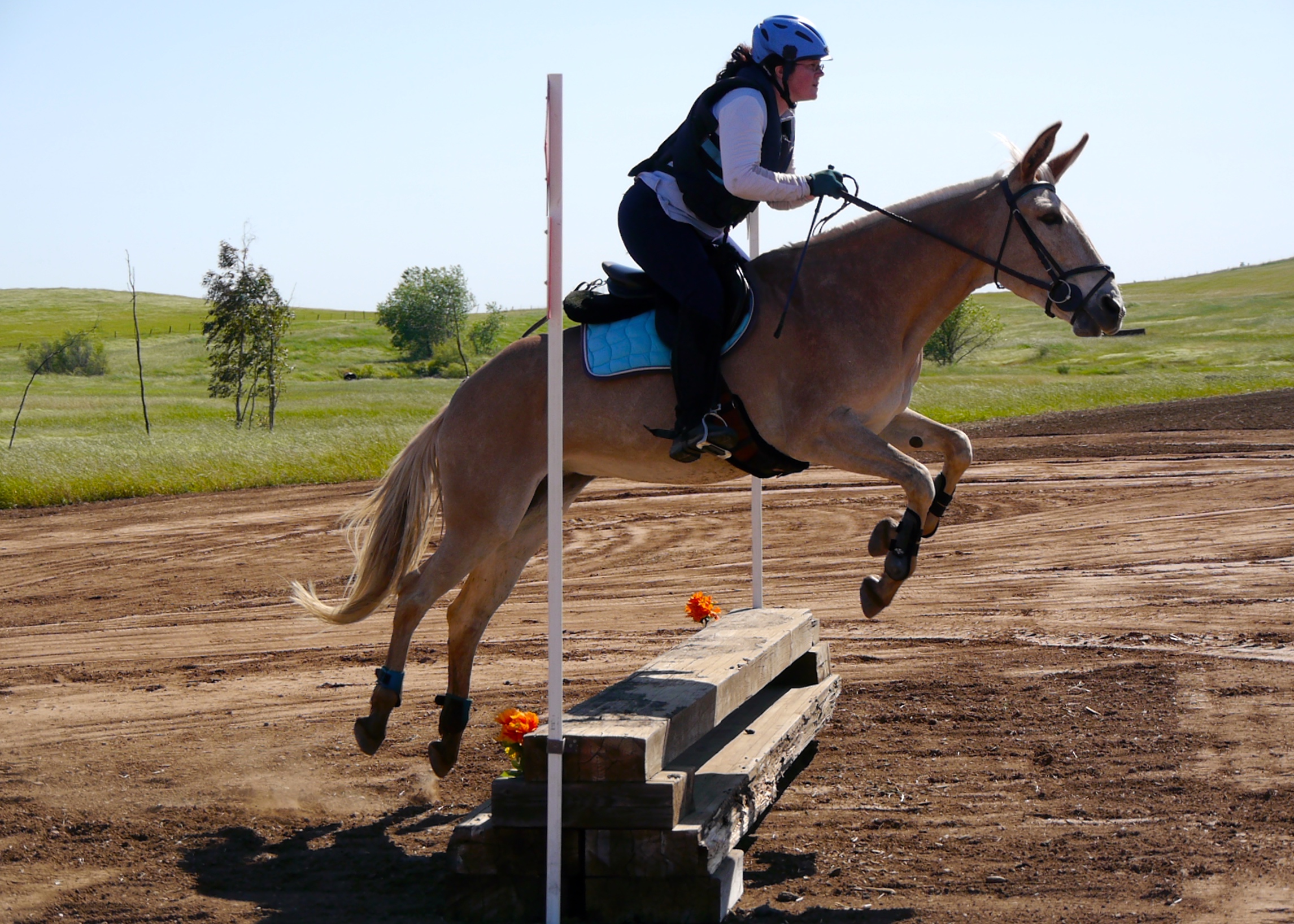 My plan had been to tire her out on XC and then run through our dressage test, but she doesn’t tire quickly and she was now just more excited by the jumping so our dressage practice was a disaster. This will not be my plan in the future. 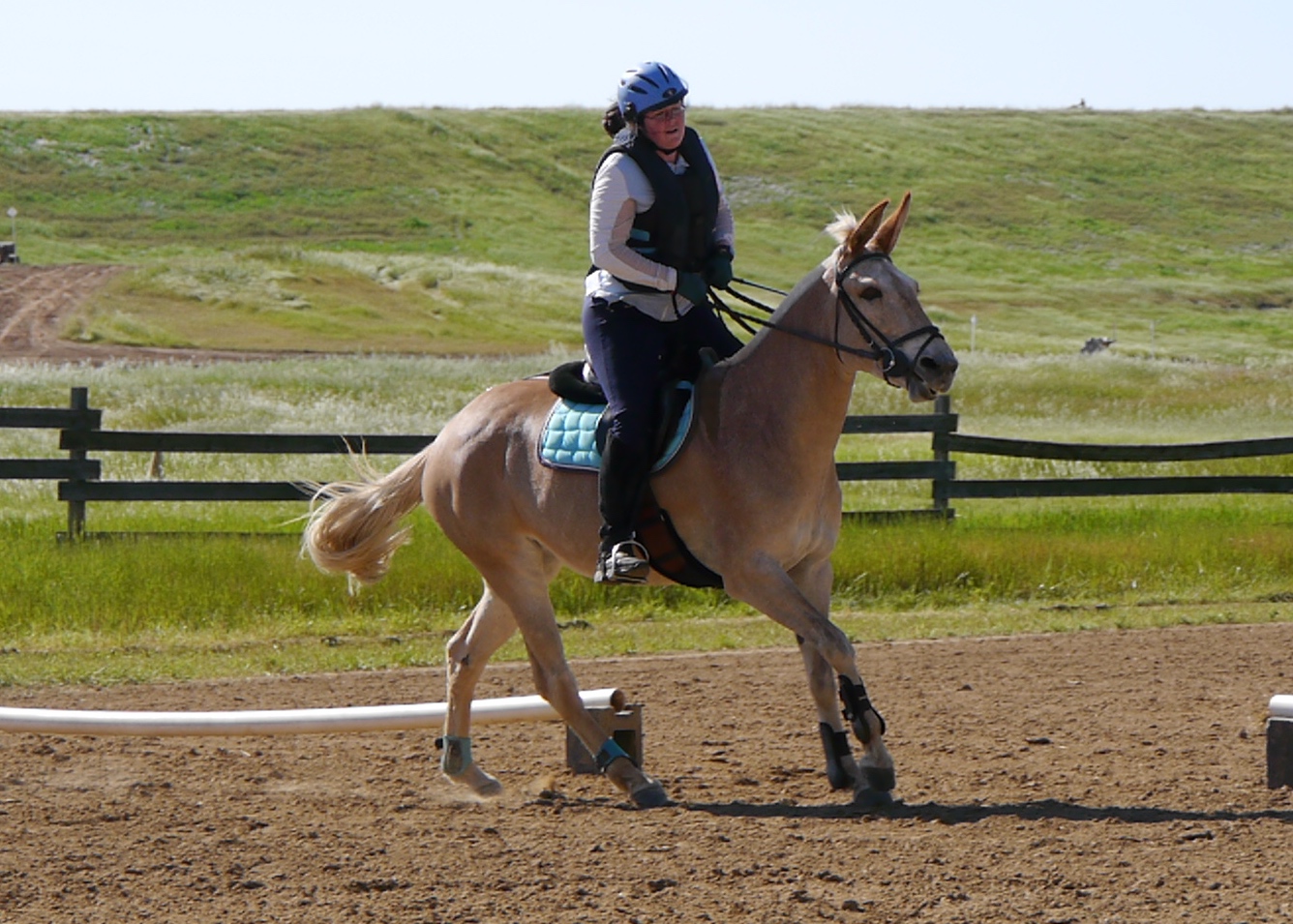 A night spent literally rearranging her corral to stuff her face with fresh grass did have a restorative effect. Nilla was calm and listening in warm up. Until I made the mistake of stopping for a moment to change my vest for my jacket and she decided we were done. I think part of the problem was that we were schooling in a set up dressage court so when we stopped she thought we’d finished the test and that was it. And she was not okay with doing dressage anymore. Dressage was done so far as she was concerned.

Except it wasn’t and we had an actual test to do. 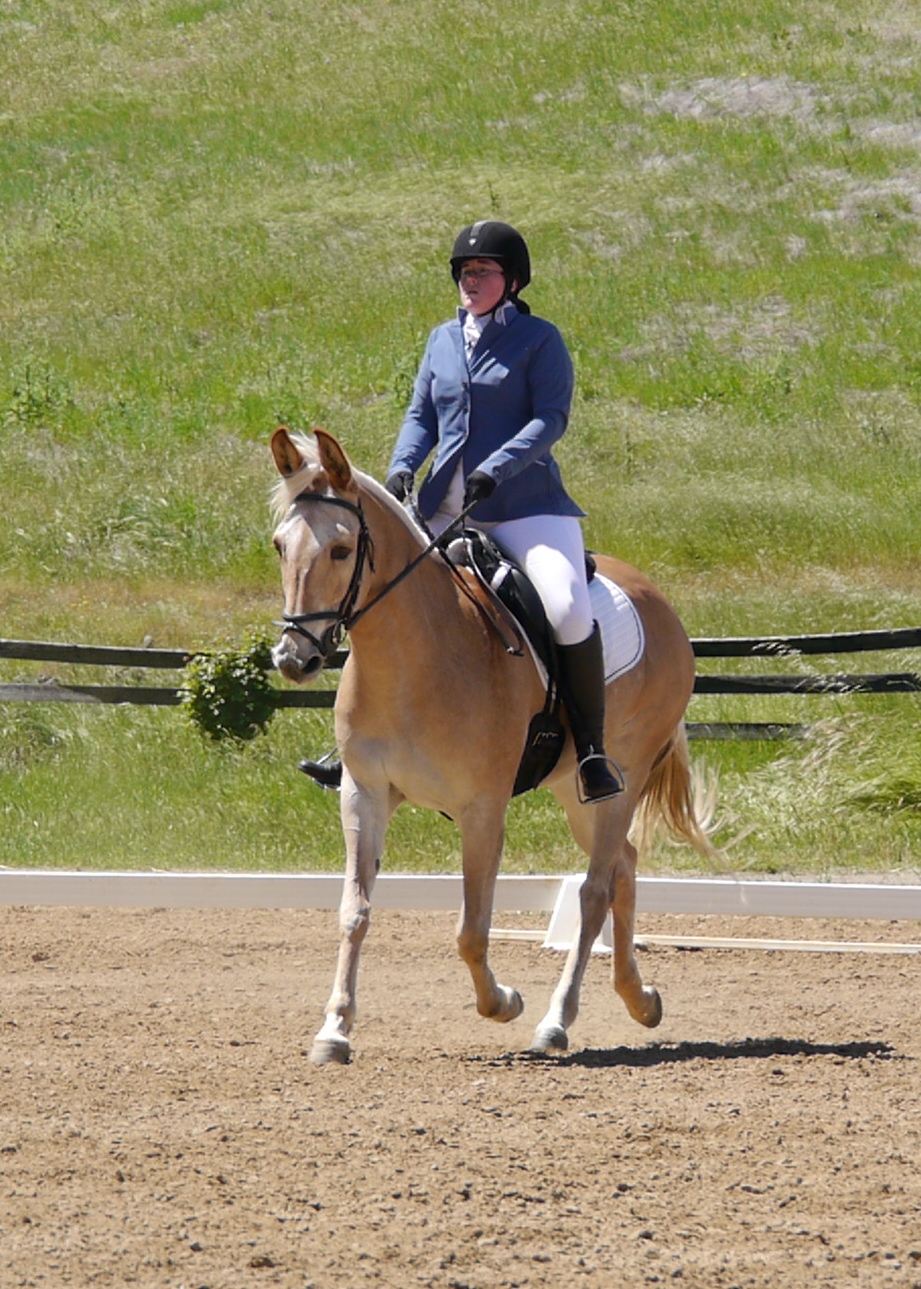 She looks like she likes this. Really she is facing her stall and thinks maybe we’re going there.

Movement 2: 20m Circle at B.
Judge’s Comment: “needs bend R”
Score: 6.5
(No picture of this circle was taken so here’s a shot from after the circle going past A) 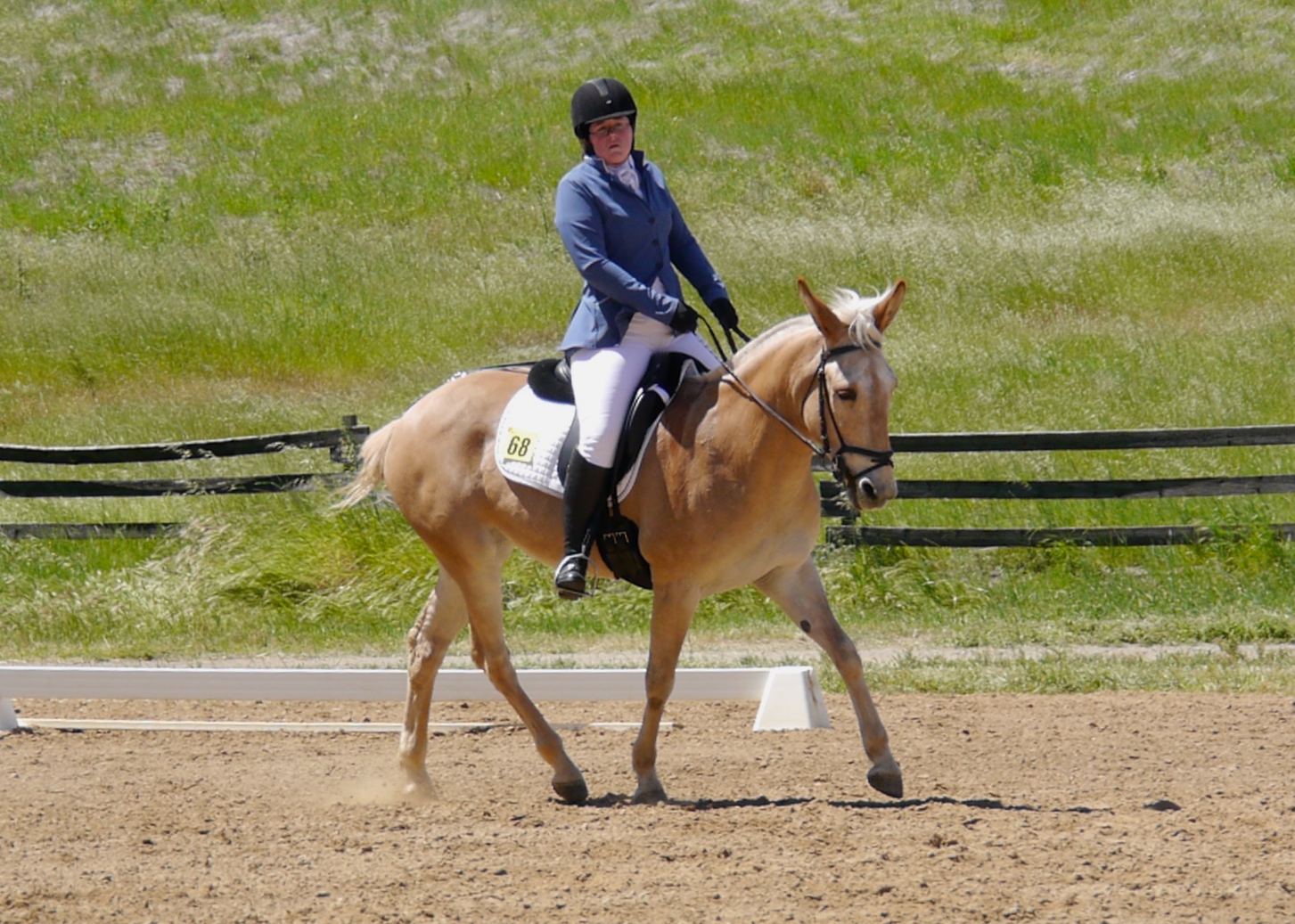 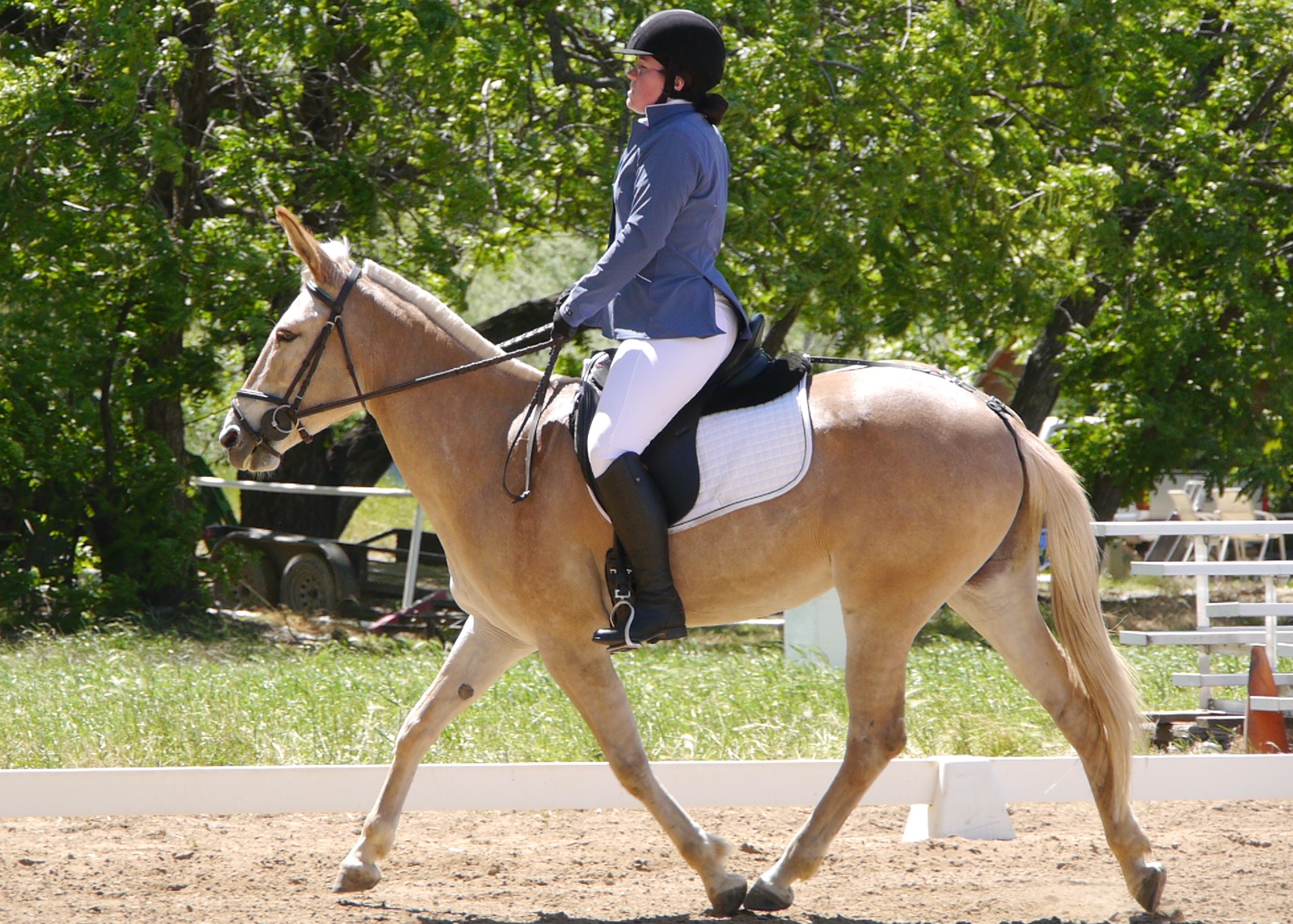 why did my husband not notice my collar was up? 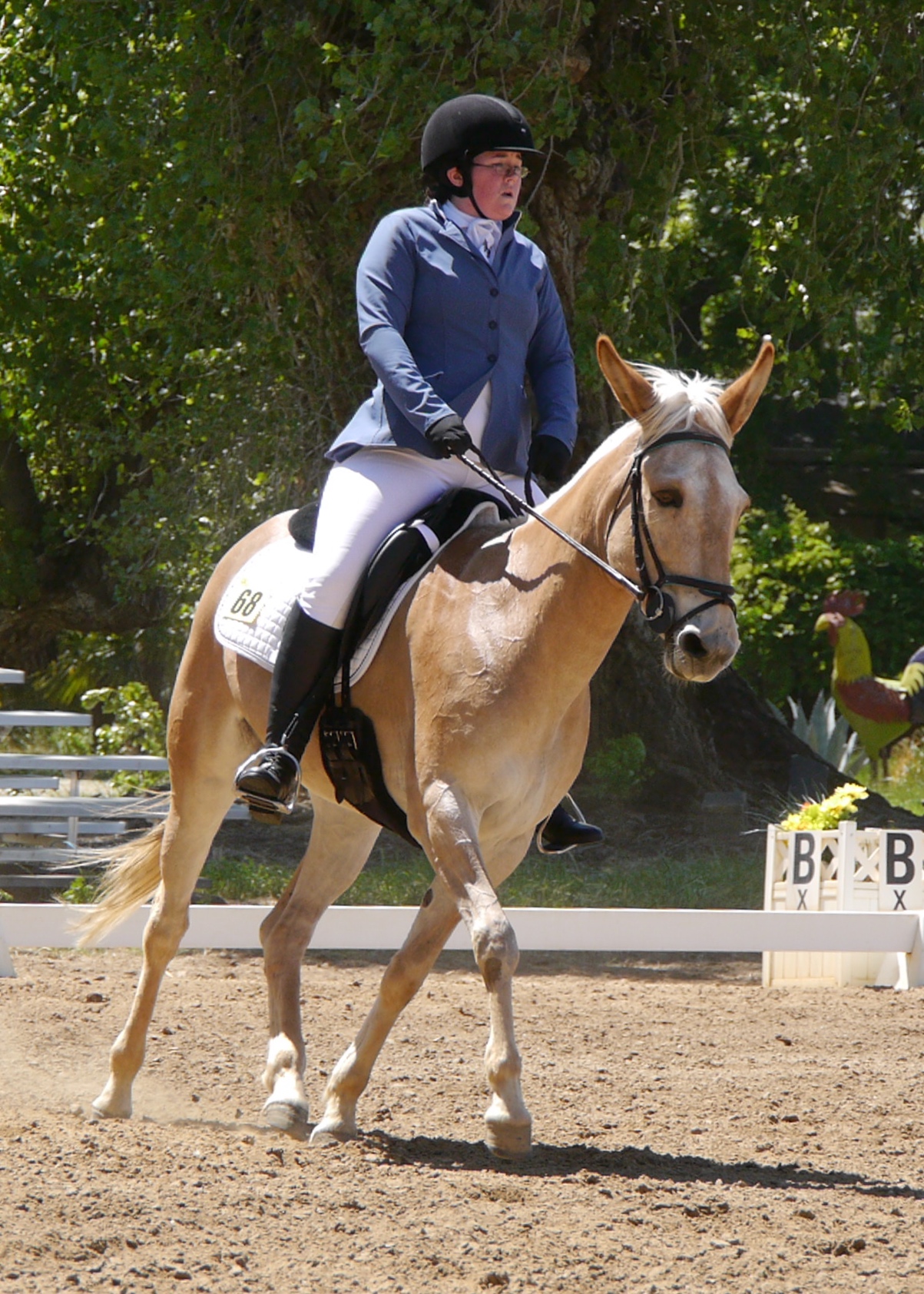 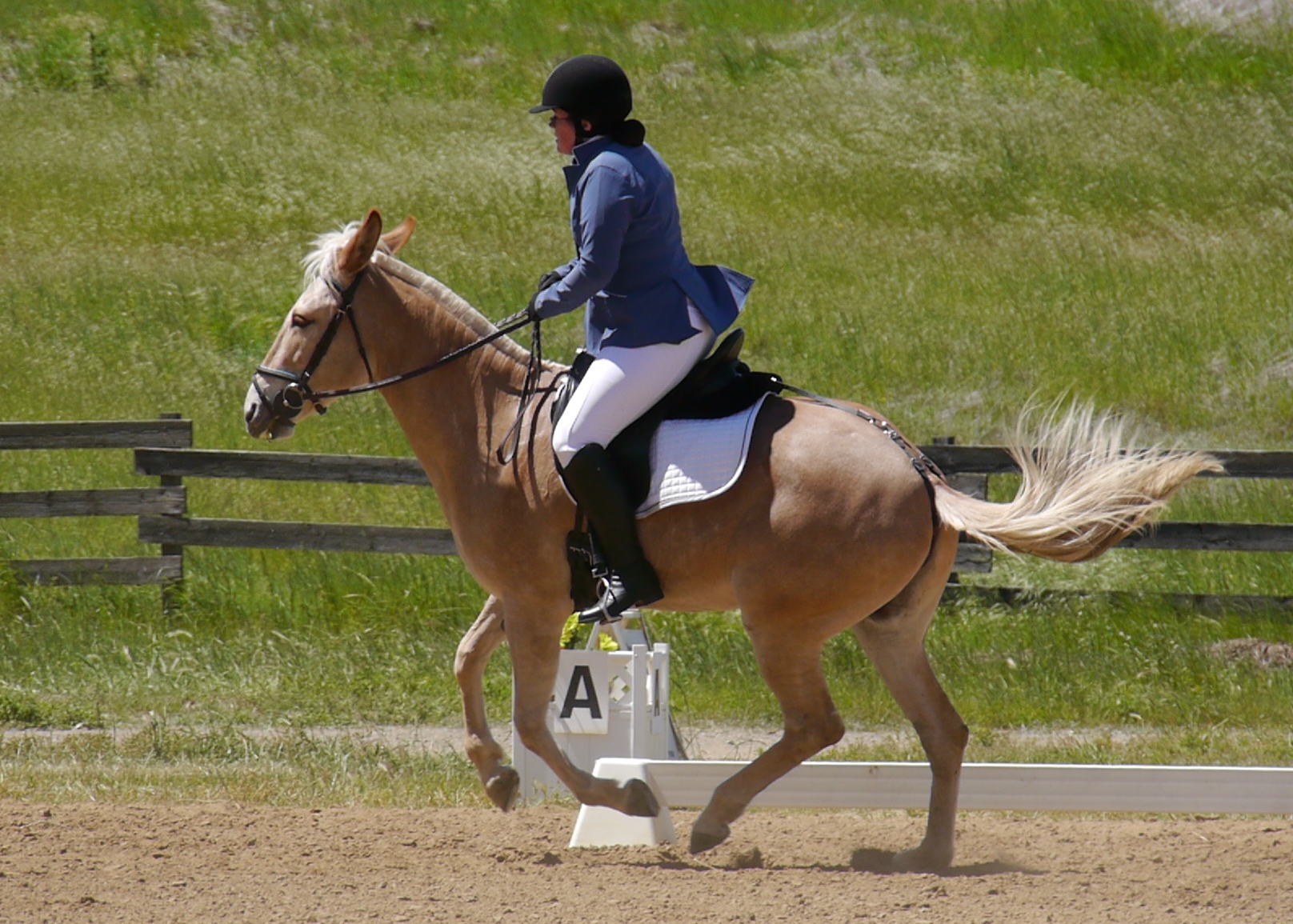 6.5 seems generous, but this is actually good for us

Movement 6: 20m Canter Circle at A
Judge’s comment: “falling in to circle”
Score: 6 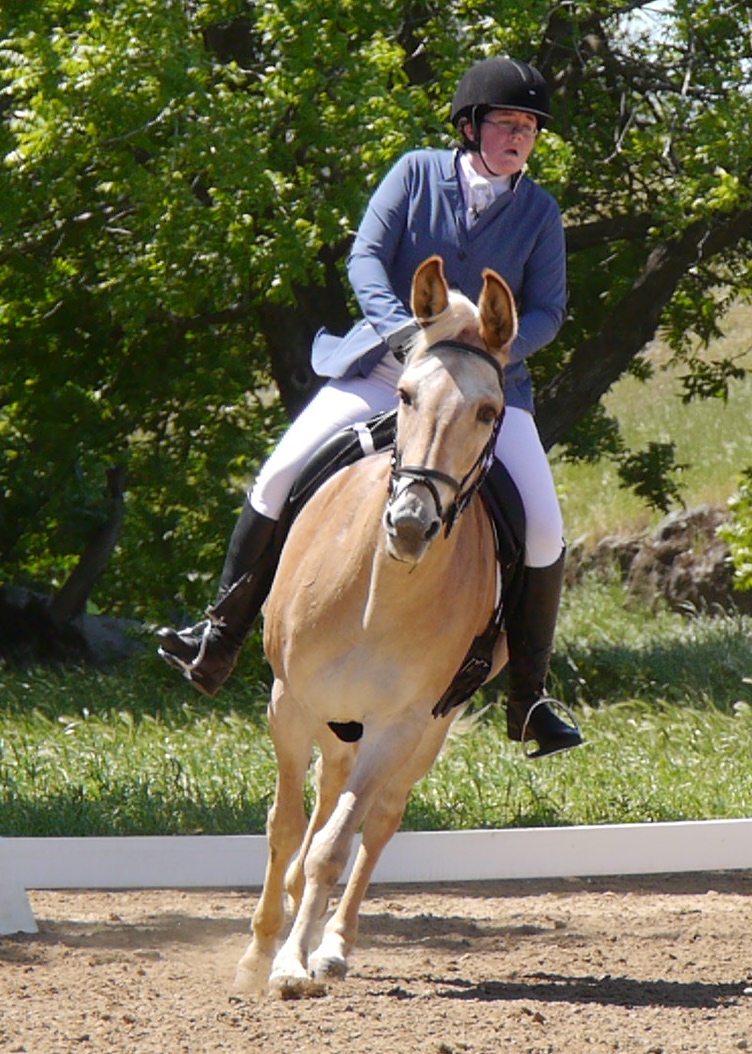 Nilla is still looking over towards the stalls 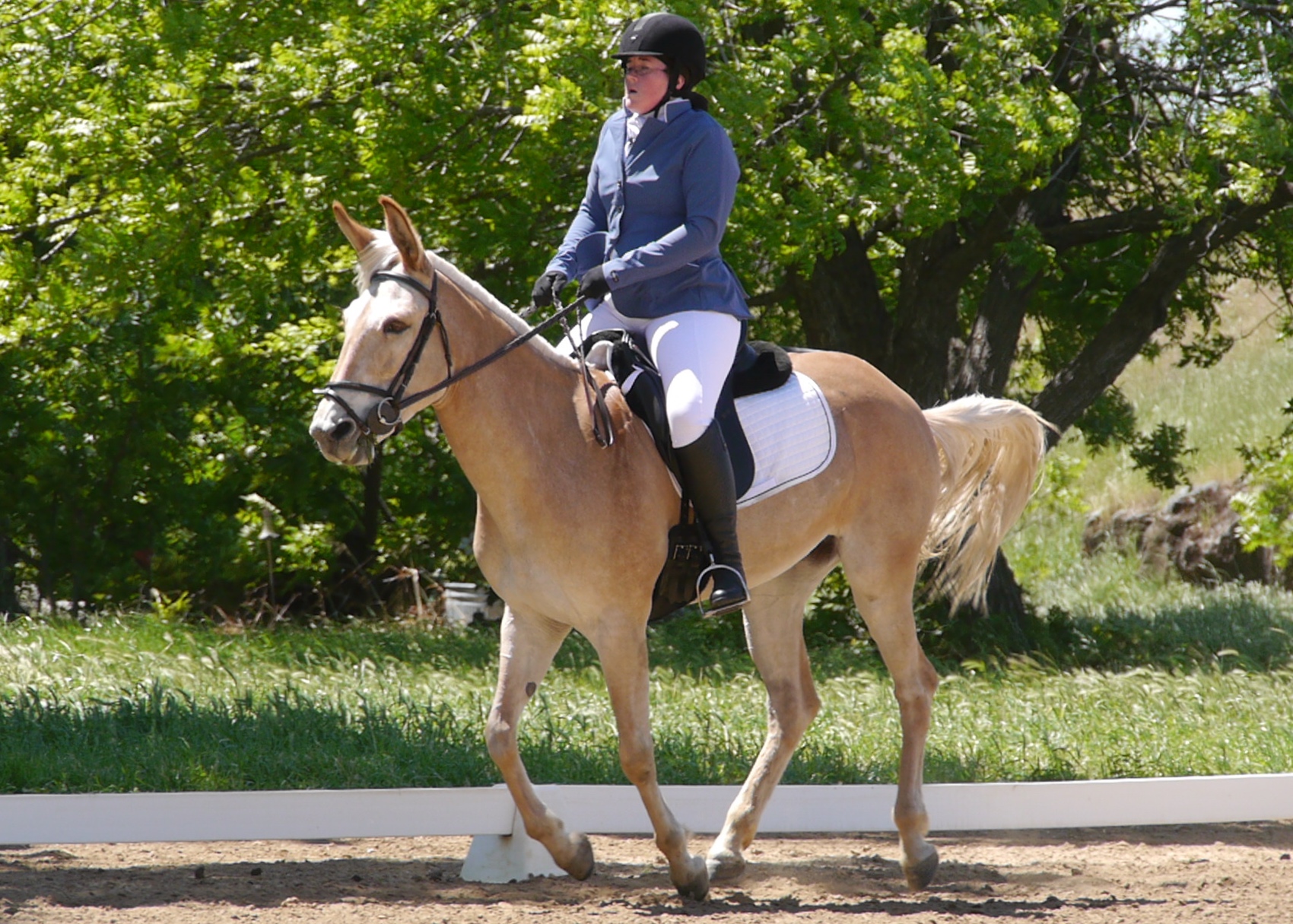 I wouldn’t call it rushing. It was more like Nilla completely ignoring my request to slow down because we were heading towards the stalls and then me dragging her into trot at the last moment. 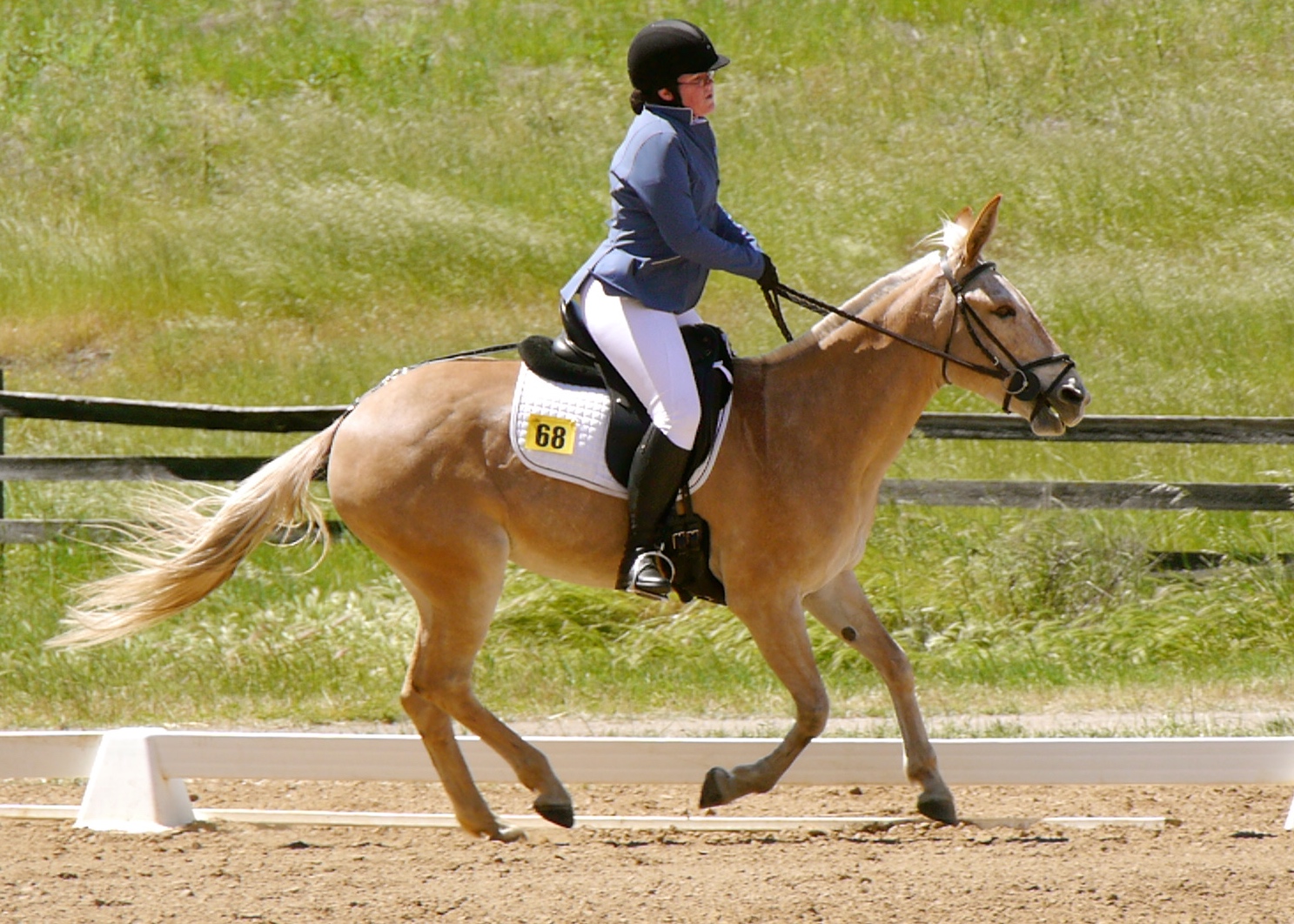 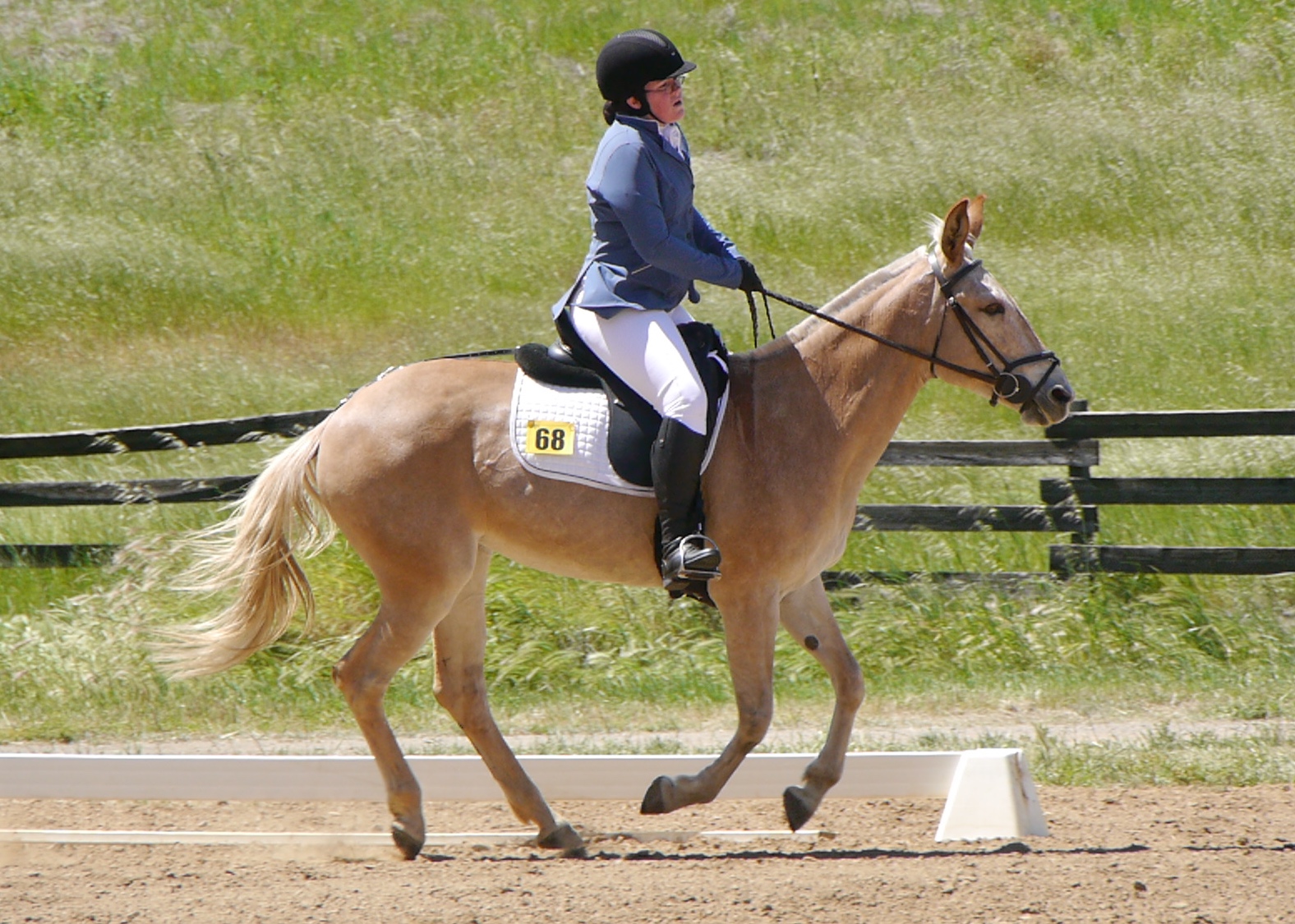 You mean dressage isn’t a race? 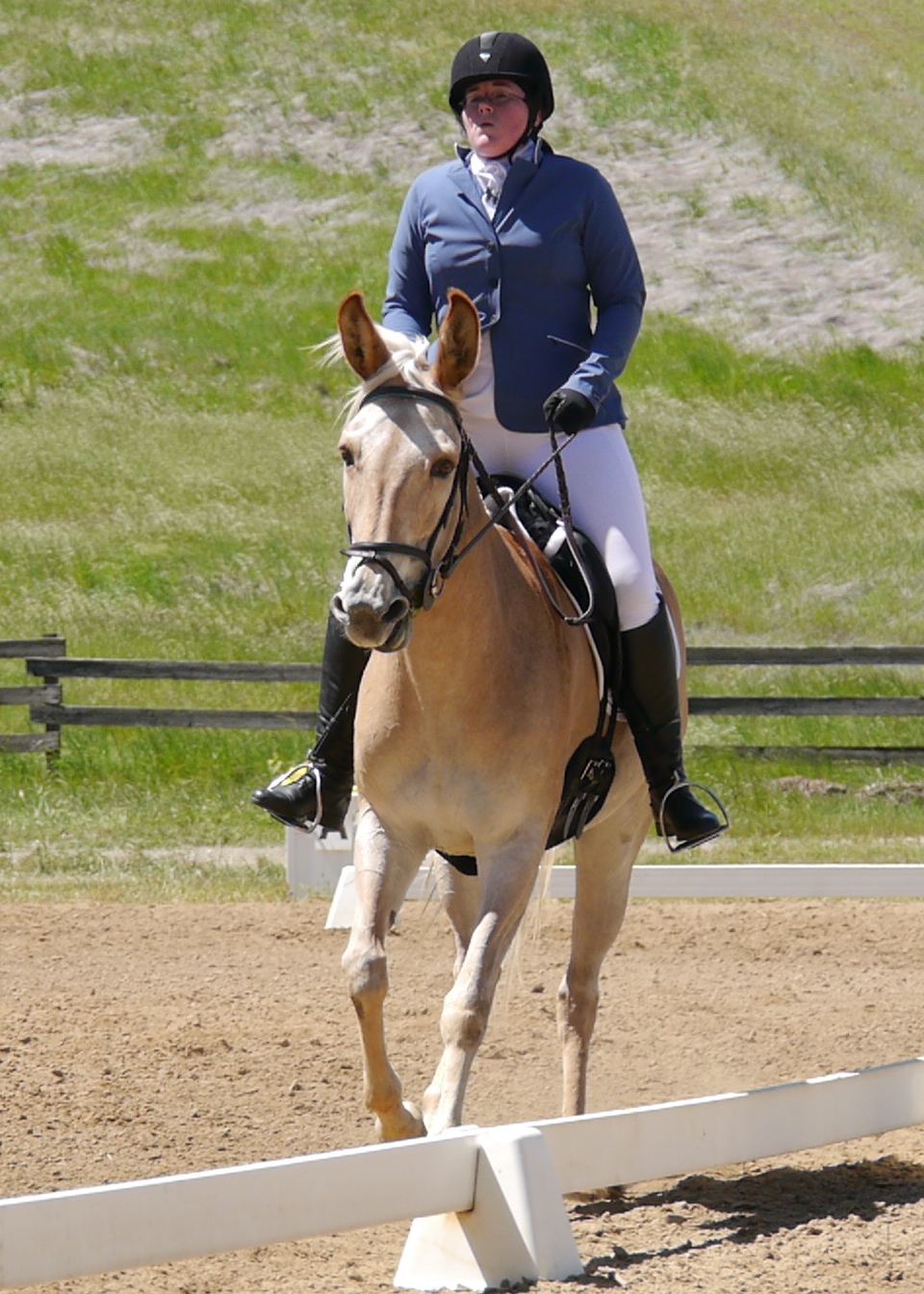 My brain: “Just tense everything and stay as upright as possible” 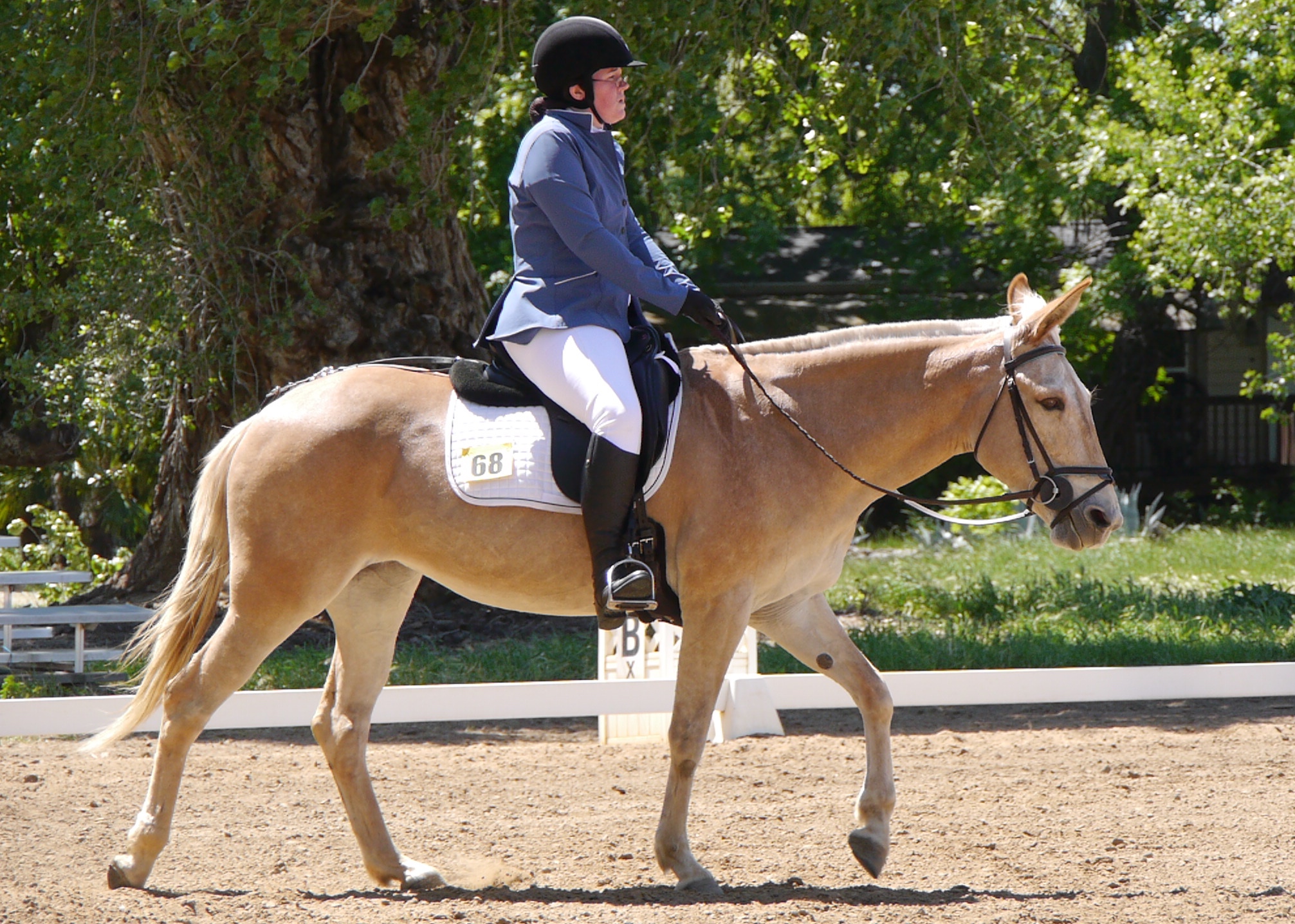 before seeing the pictures, I was annoyed by this comment and thought we’d done much better, but now I agree. It felt better than it looked. 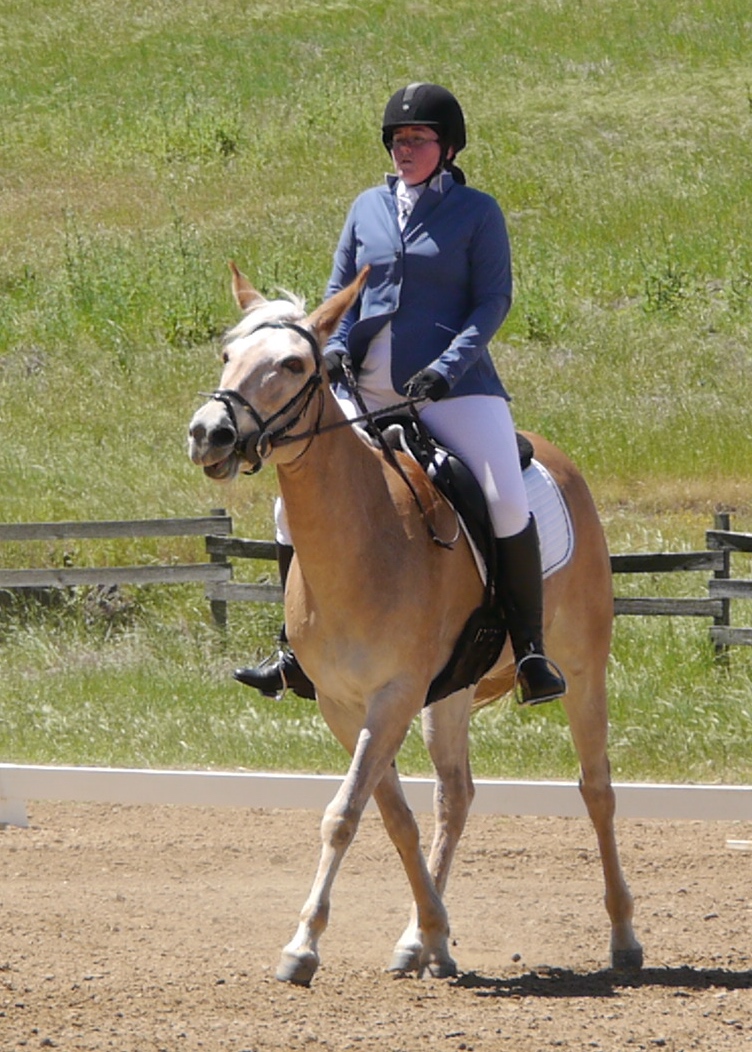 Nilla turned down centerline and started braying. I was not amused. 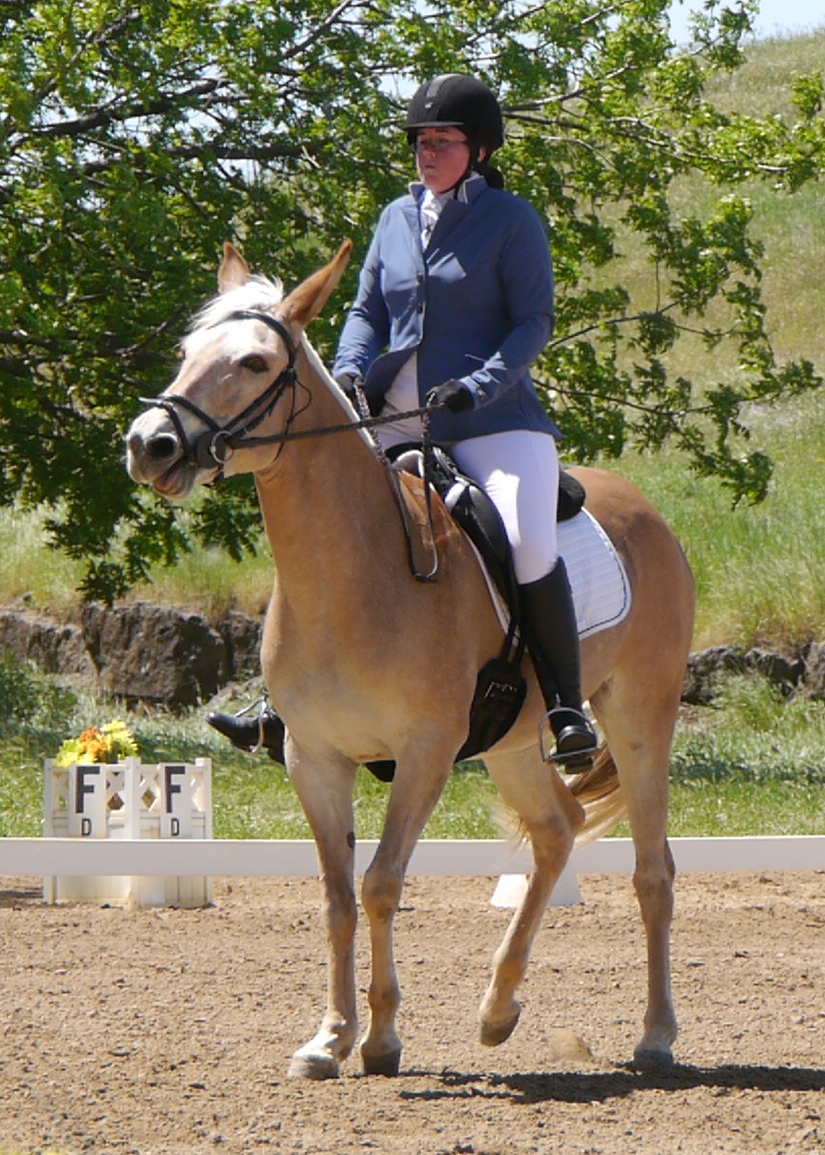 I’m pretty annoyed about the “holding the reins up” thing. When I was taking lessons with Laura, she kept telling me to hold my hands up higher and I kept insisting that my hands were too high and not supposed to be this high. I’m officially not doing that anymore.

I’m going to end this post here since it’s already super long and I’ll finish up with stadium and XC tomorrow.