Because I thought the intro cross country course for week two was the same as the first week, I didn’t bother to walk it again. So imagine my surprise when I came around and found some of the jumps were different. They were all in the same place though and it was fine.

We warmed up with me progressively freaking out more and more. As usual. 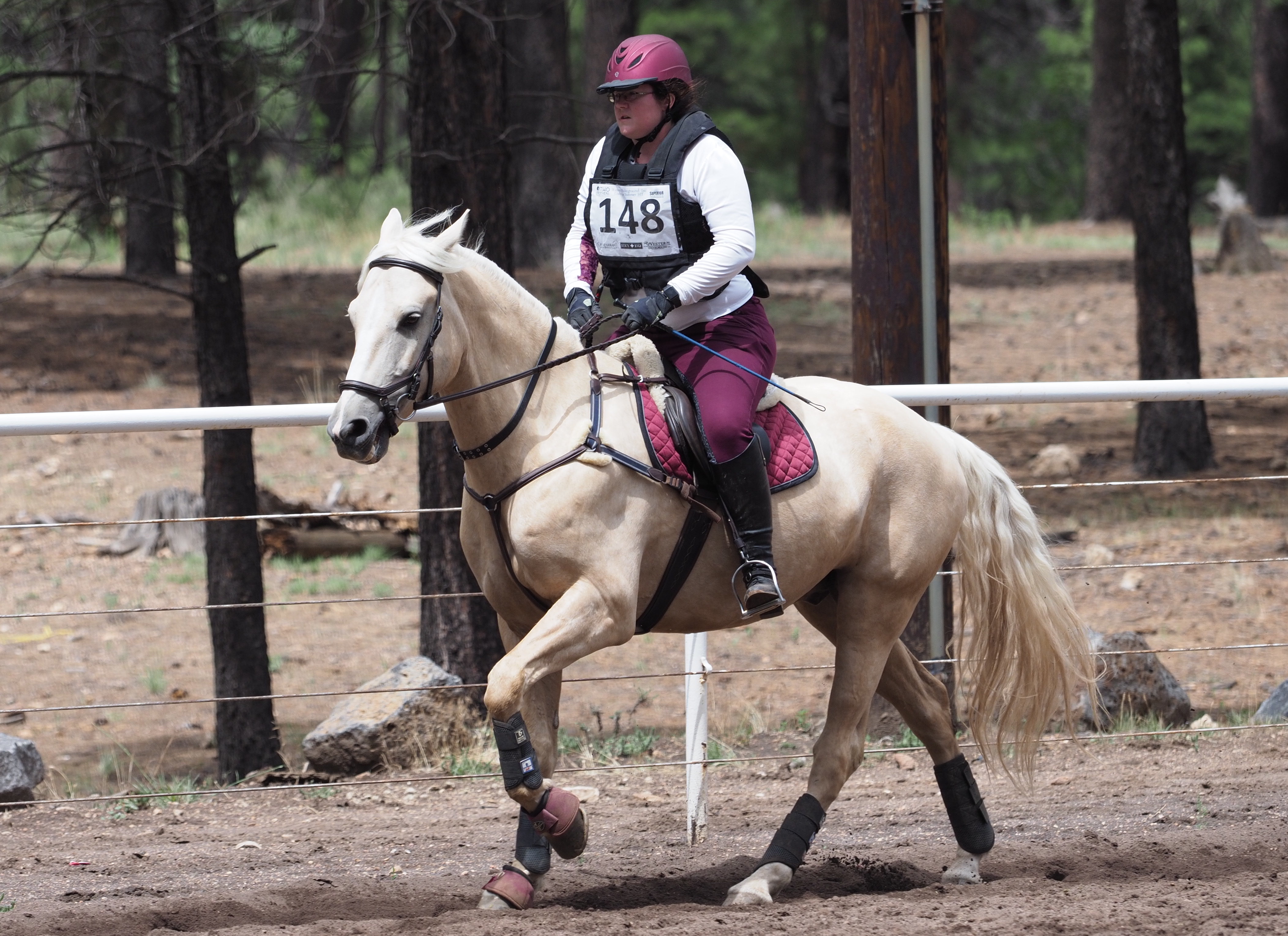 Although I regularly go out to shows and embarrass myself and come in last, I can be very competitive. I’m pretty good with going to shows with the explicit goal of just schooling or just working on getting Levi experience. Being in first left me in a weird position; now I had something to lose. I could tell myself all I wanted to that I was still just here for the experience and as long as we had a safe round, I would be happy. But that’s logical me. Internal me is like:

As the thunder rumbled closer and closer, it was time to head down to the start box. They were running behind so I had to walk in circles continuously. If I tried to stop and stand still, Levi would try to spin escalate from there. As we continued walking the startbox attendant kept calling me back and I finally had to explain that I wasn’t going anywhere, I just couldn’t stop moving.

Finally it was time to go. I’m much better when we’re actually doing the thing. The waiting and the warm up are what kill me. 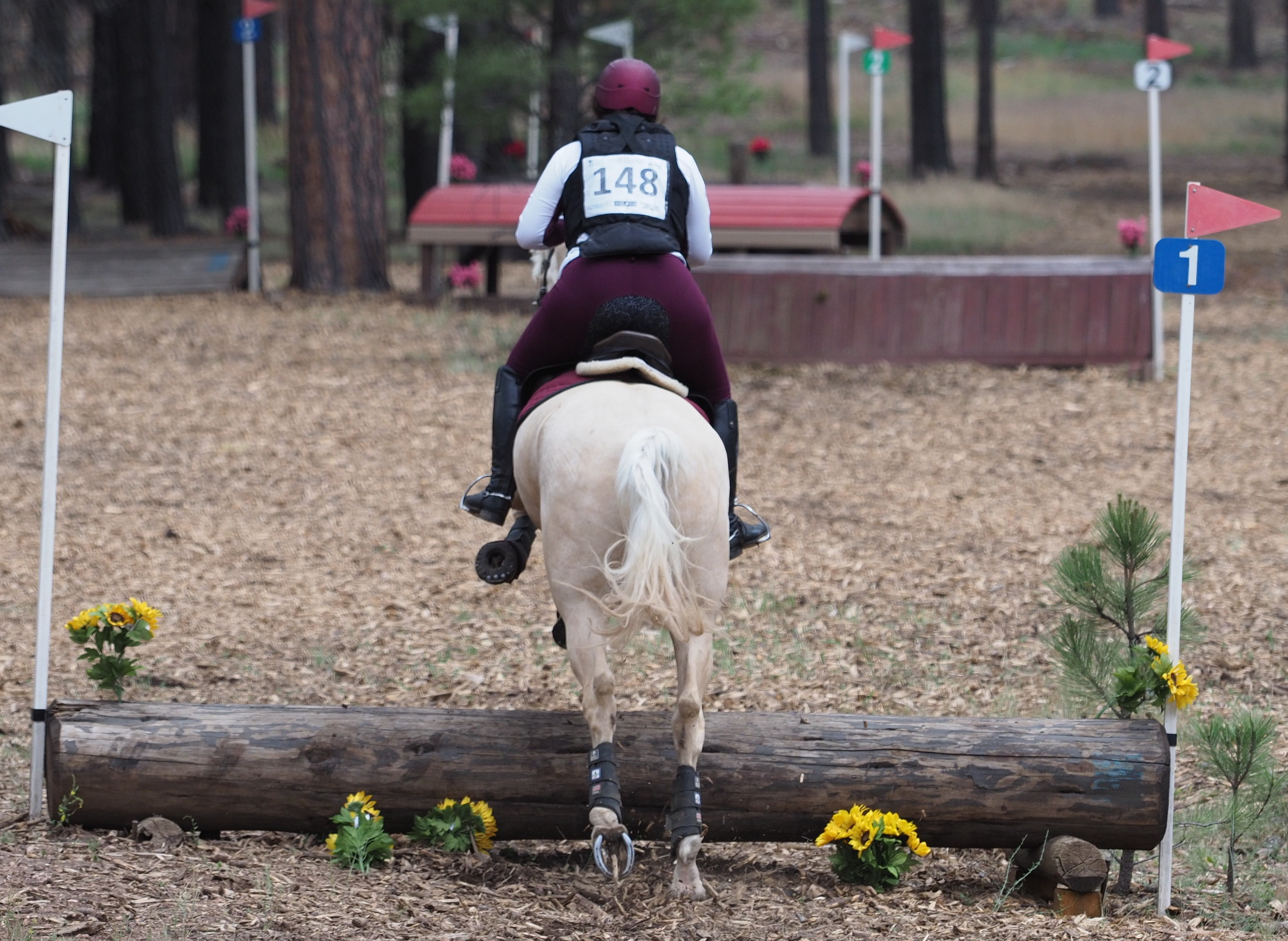 Doing the course for a second time was mostly an improvement. The first few jumps were the same. 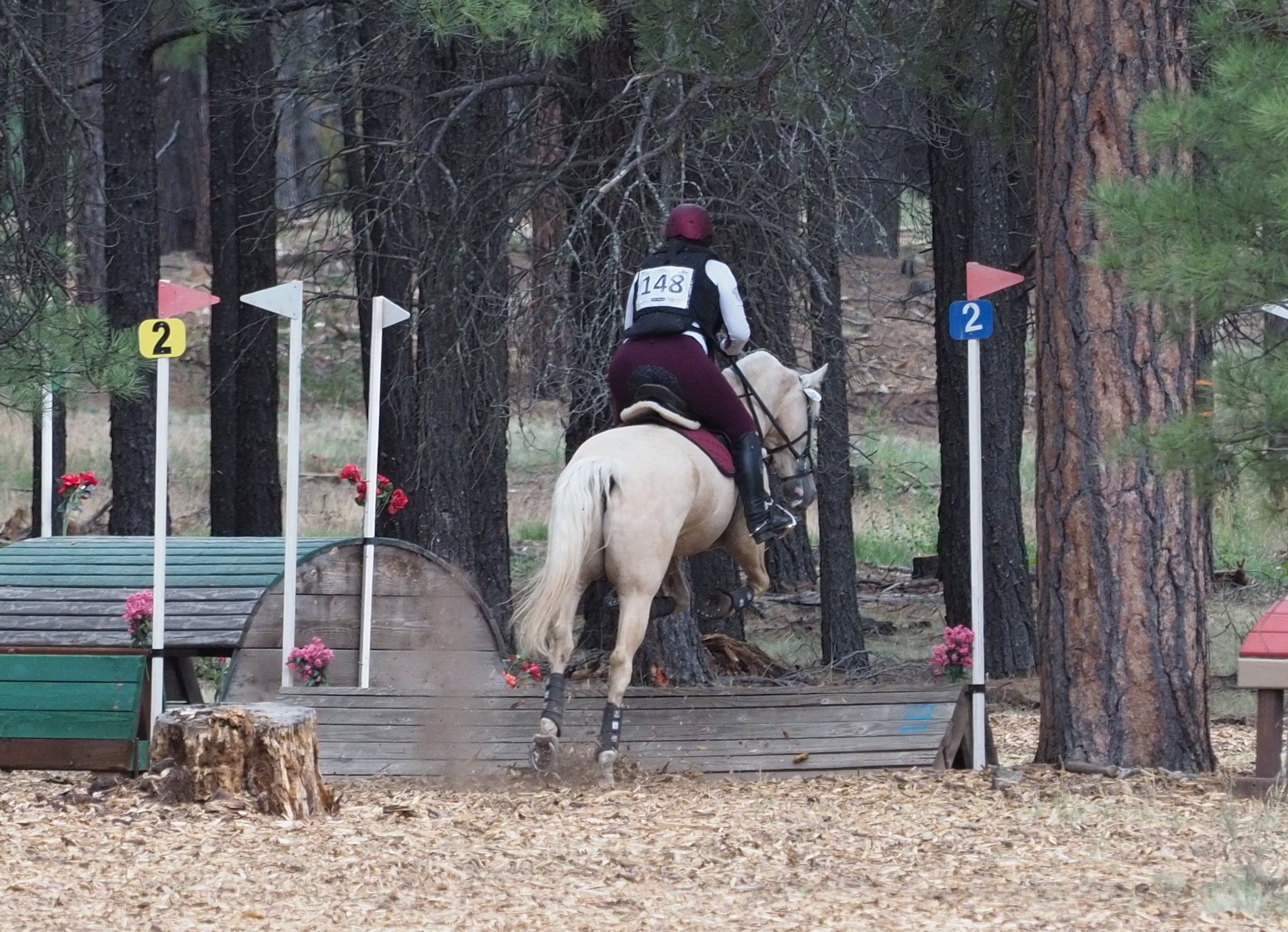 We had less of a fight about going off the path to get to #3 although I had to slow him down even more because there was more mud. I’m pretty sure jump #4 was different. I also have a very clear memory of leaving three and having no idea where jump #4 was. I knew #5 was the ditch and figured I’d find #4 somewhere along the way. You really think I would have remembered it from doing it less than a week ago, but no. Maybe I should  have re-walked the course. Didn’t matter though, we jumped #4 fine.

We had horrible striding to #5 and Levi thought about trotting through it. I knew he’d really do it too, and I didn’t want to die so I popped him with my spurs and he was like, you want me to jump it? Okay, lady, watch me jump it. 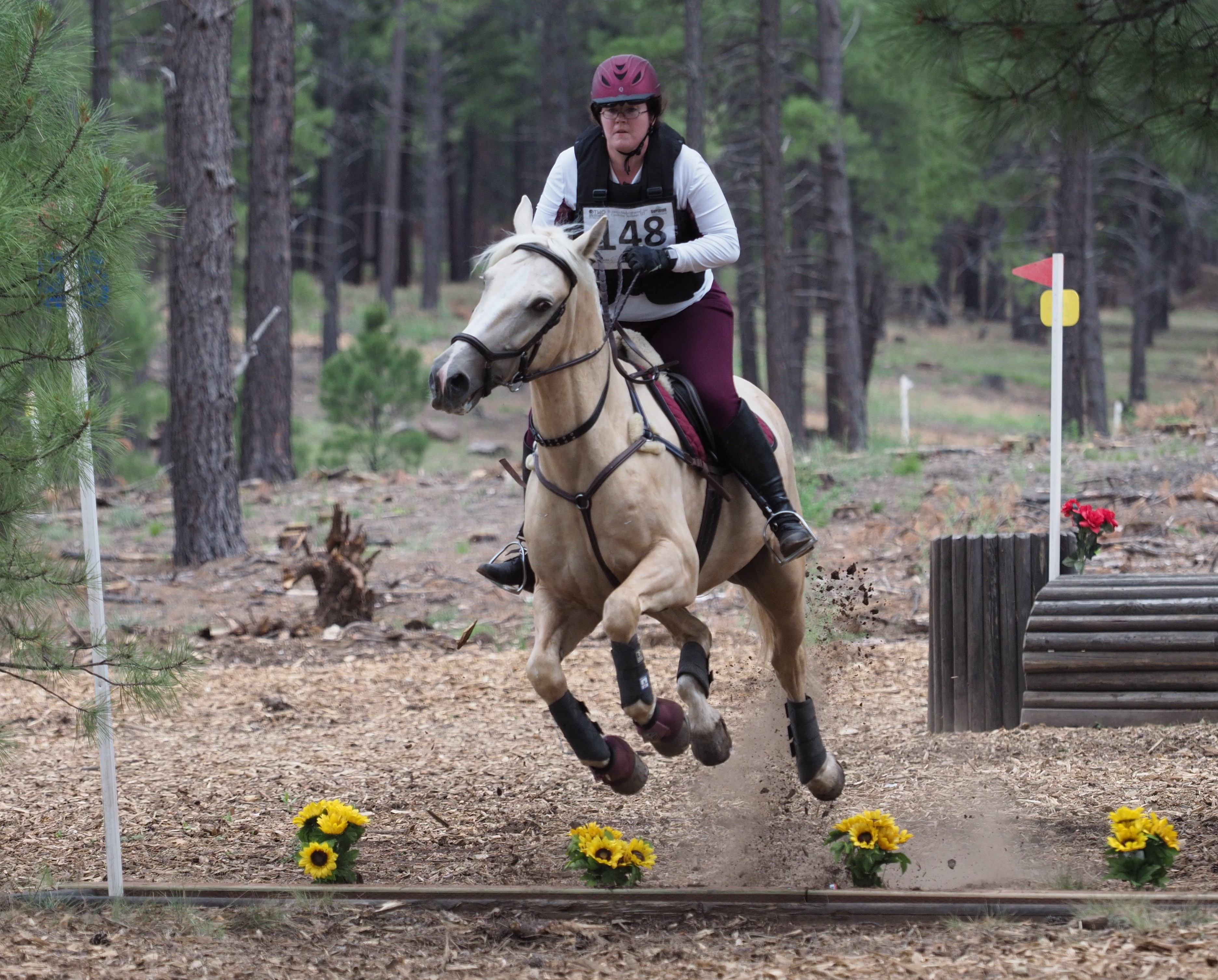 The interesting thing was, I wasn’t panicking. I was just like, god you’re dumb, but let’s carry on. 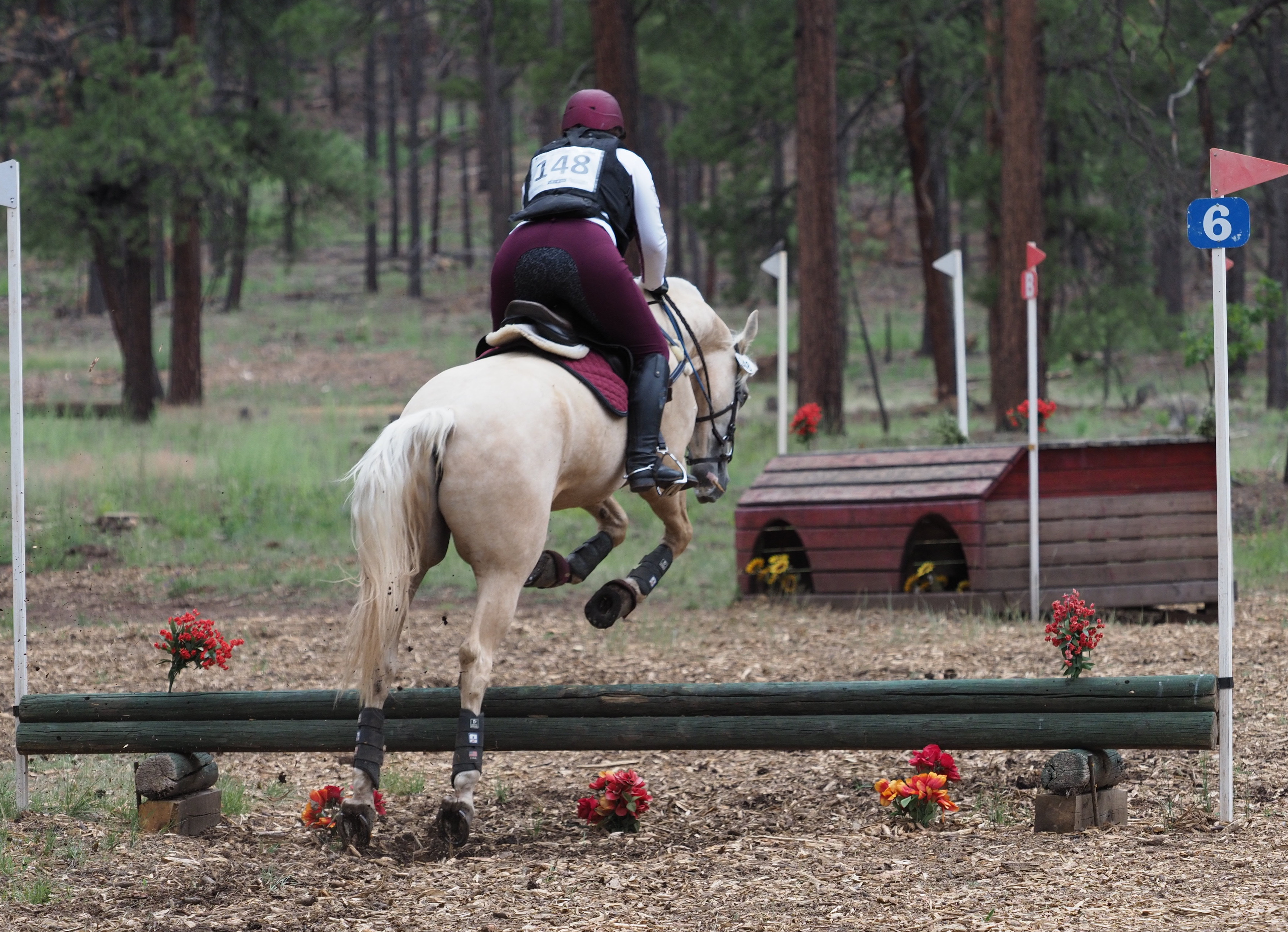 Wanna climb underneath #6 before jumping it? Sure, why not. I don’t care. I’m sure the jump height was part of it. I cannot imagine I’d have been so calm jumping the BN jumps from stupid distances, but I think the real part of my confidence was Levi not being an uncontrollable *sshole. He wasn’t landing and bucking or trying to bolt off anywhere. He was just going where I pointed him and jumping the things I pointed him at. 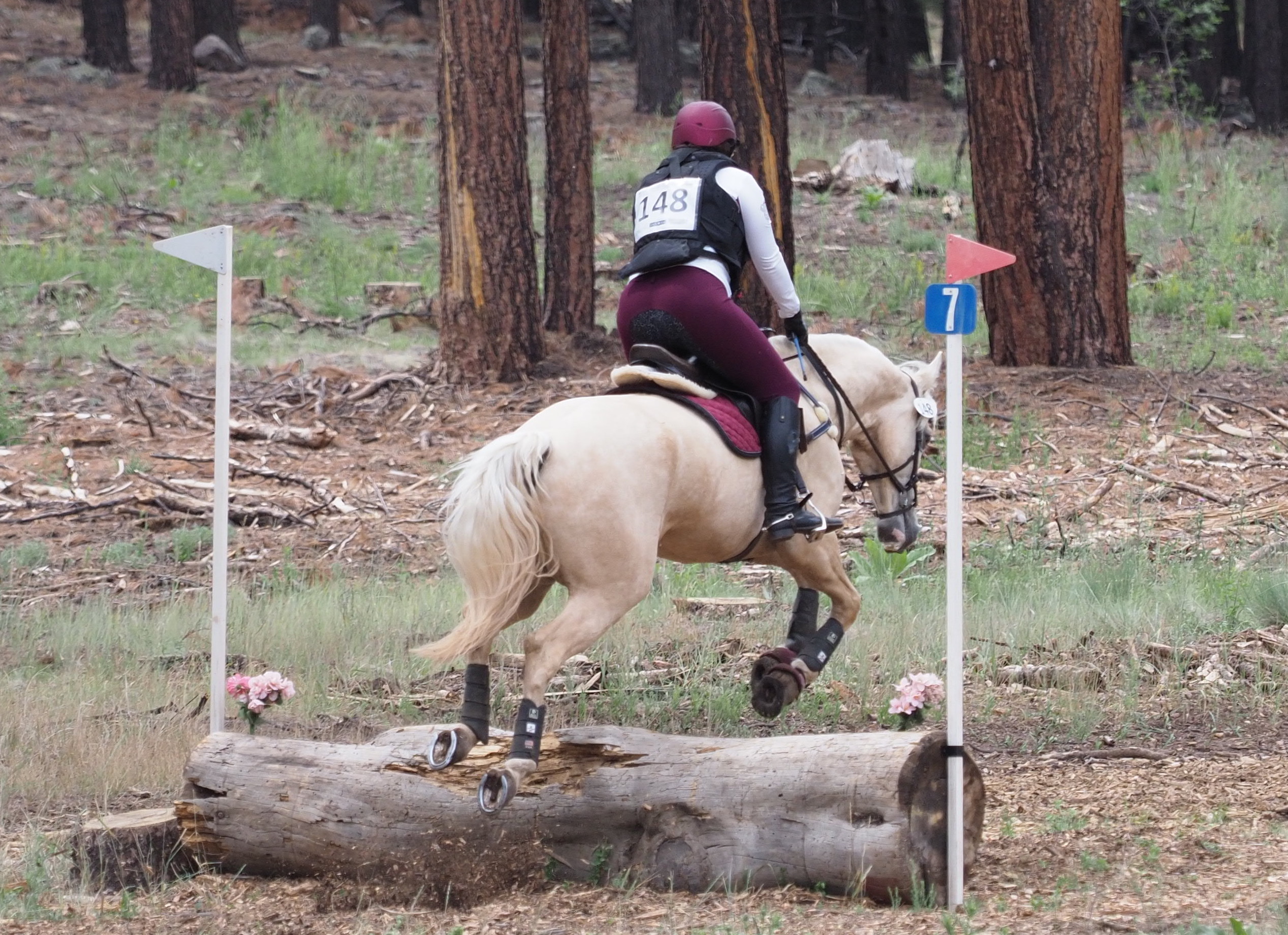 What a concept! I get a lot of flack for not being more forgiving of Levi being green. But it’s not really the greenness that bothers me. It’s the feeling that I am going to die because I have absolutely no control over him. If I feel like he’s listening to me, I don’t mind the awkward distances or weird jumps. On Xc that day, he was listening.

We were however, going too fast. I checked my watch before the water and we were way ahead of the time so I did another schooling lap. He skidded a bit, but went in and we circled around and through without an issue. Then we were over #11 and on to the last jump. 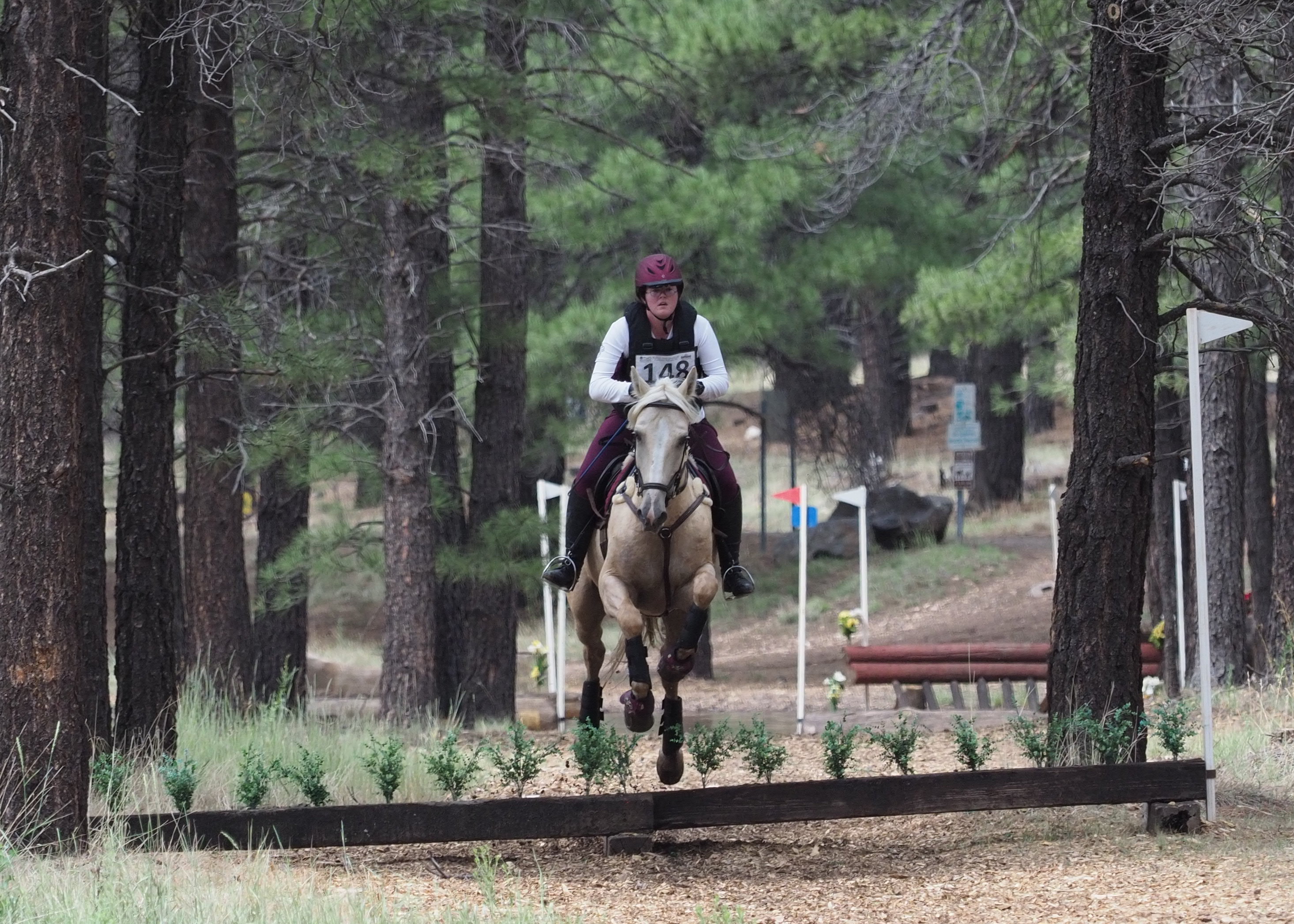 I’m still not sure that Levi and I are a great pair, but the horse I rode that day was enjoyable. And he really does seem to like the job. 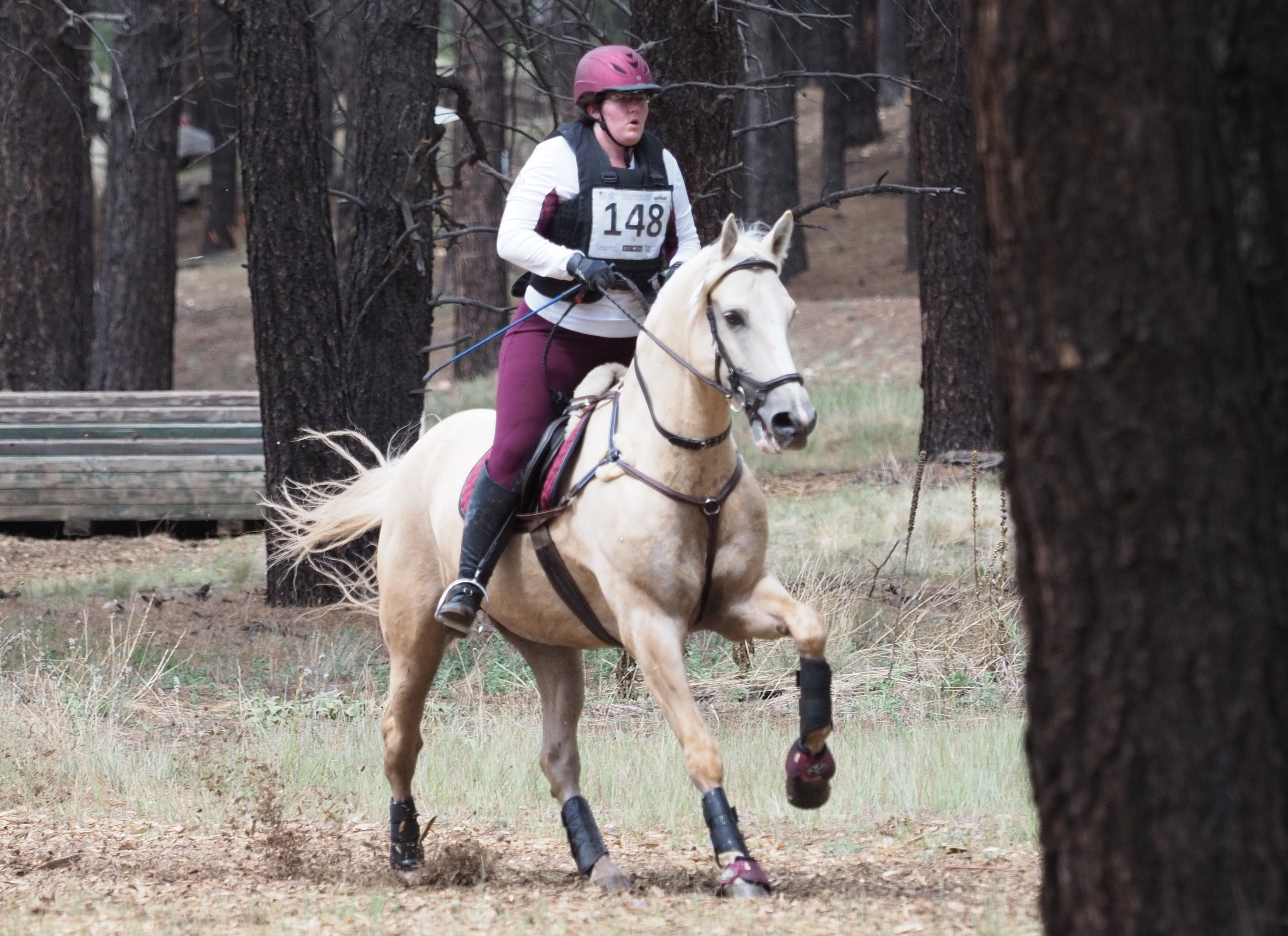 I couldn’t remember what the speed fault time was. I knew it was 3:_9, but it could have been 3:09 or 3:49 for all I could remember. I also hadn’t gotten my watch started exactly on time and I was worried we might have been under time if the speed time was 3:49. At least that would have been different than going over optimum – twice – because I forgot during the round and thought it was the minimum time. Normally I wouldn’t care, but I knew I didn’t have even a fraction of a point lead to keep my 1st place.

Although the thunder was still rumbling, it wasn’t raining yet so I took Levi to the wash racks for a quick scrub. He was pretty muddy from dressage and XC now. Once he was clean and white again, I brought him back and let him roll in his new shavings. 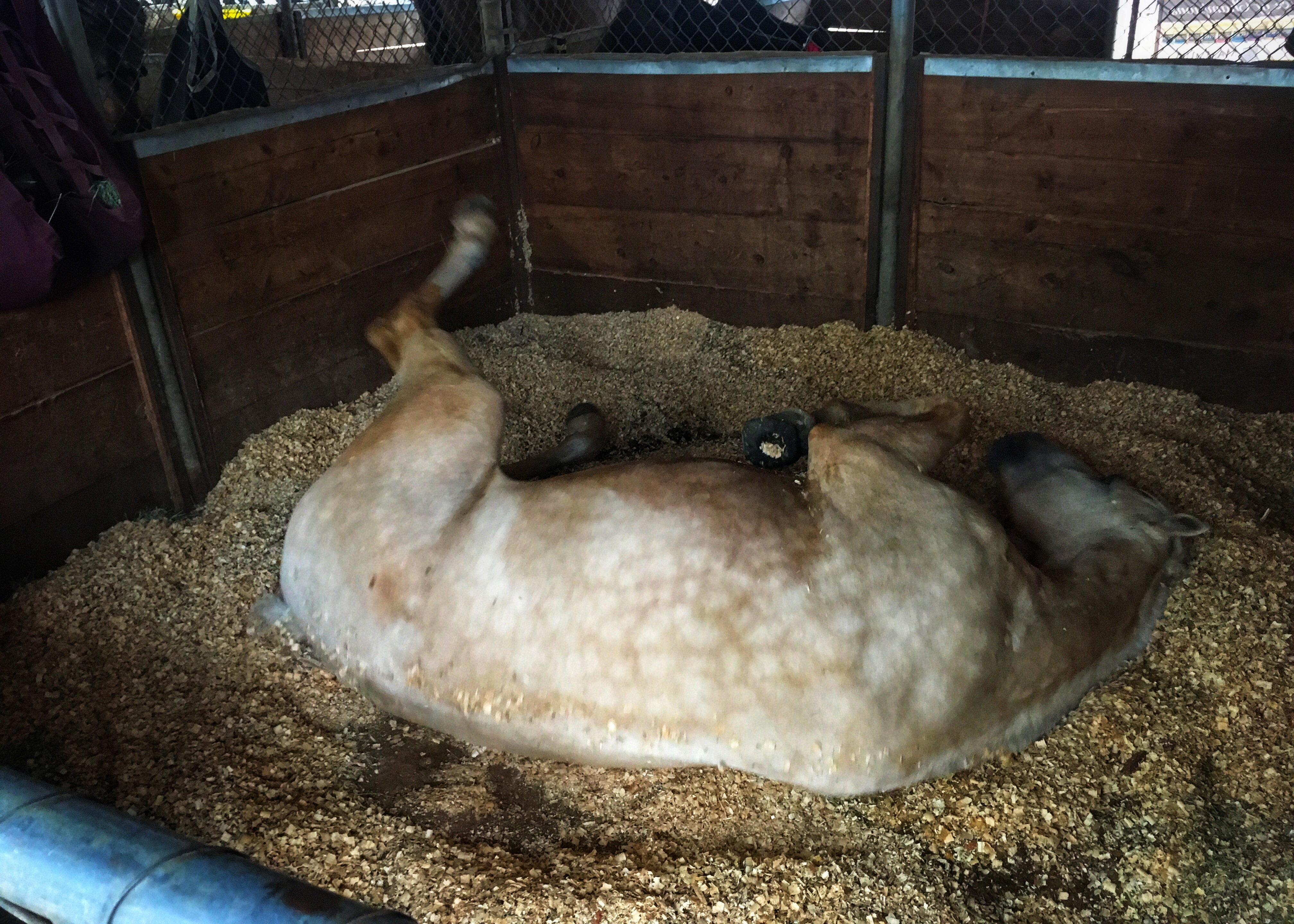 Levi loves rolling so that was a well earned reward for being a good boy. I didn’t even care if he got dirty again.

They finally updated the scores and my time was fine. It turns out speed fault time was 3:19 and I was nowhere near that. Double clear left us in first going in to stadium. Stay tuned for the exciting conclusion to our Coconino adventures tomorrow.