In our continued quest to expose Eugene to as many shows as possible, we hit up another schooling show this Sunday. We hadn’t previously been to the D’Alanzo shows, but I had been eyeing them. It’s a bit of a drive at 90 minutes, but they have a lot of classes and an indoor so the show goes on rain or shine. As an added bonus, the W/T/C classes were guaranteed not to stat before 11am so we didn’t need to get up before dawn. We still got up earlier than I wanted to, but it wasn’t too bad.

We ended up getting there early enough to do the last W/T class, which was a ground poles class. I didn’t want to enter any of the group classes with Levi. I wasn’t too worried about him freaking out because of the other horses, but if he did, I didn’t want to ruin someone else’s show. I was 100% prepared to come in dead last, but some of the competitors were there to actually practice/try to win and I would have felt bad if we ruined that for any of them. With ground poles, I knew I’d be in the arena alone and we could happily fail our way to losing.

As an added bonus, the warm up arena was still set up from the trail class on Saturday. Levi got to deal with a flower chute, a judge’s stand, a gate, various pole arrangements and other arena elements. He started off freaked out about everything, but we spent like 20 minutes just walking around until he calmed down. Then we went to stand at the in gate with the crowd. Since this horse can’t even handle standing still for a half second and he was spooking at everything, I thought it’d be a disaster, but he actually just chilled out. I think he was so distracted with staring at all the things going that he didn’t need to fidget. 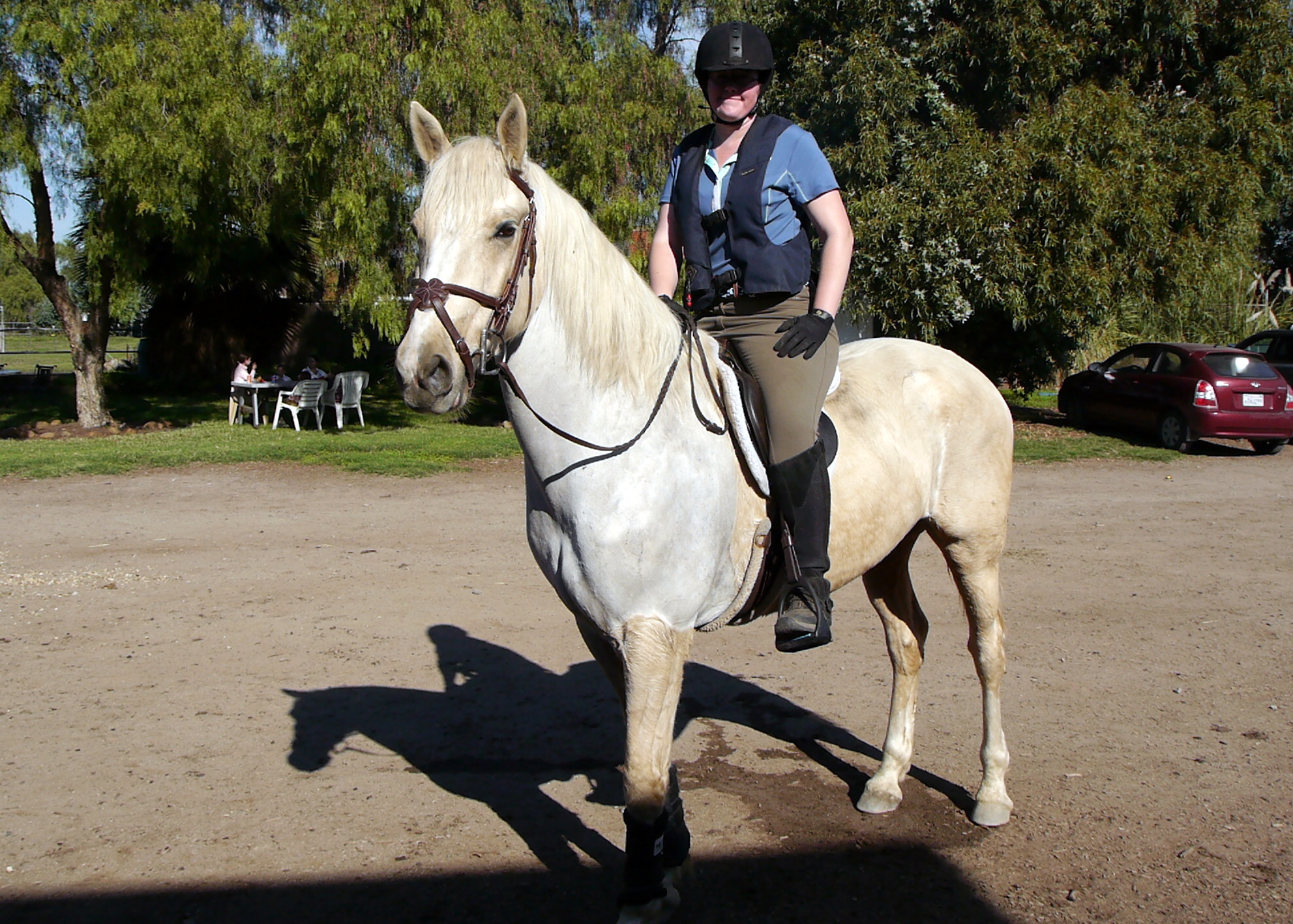 This picture makes it look like nothing’s going on, but there are like 10 horses to the left and two kids playing on a hammock in those trees behind him. When it was our turn for the ground poles, we went in and he was absolutely terrified. It was one of those indoors with the aisles and stalls on each side and he thought that was super concerning. It took me most of the first side to even convince him to trot. Then he slammed on the breaks at the first pole and did a little half rear/half jump from a standstill to clear the pole. My husband got no pictures of that because, in his words, ” I thought you were going to fall off.” Well, if I am, I certainly want a picture of it. 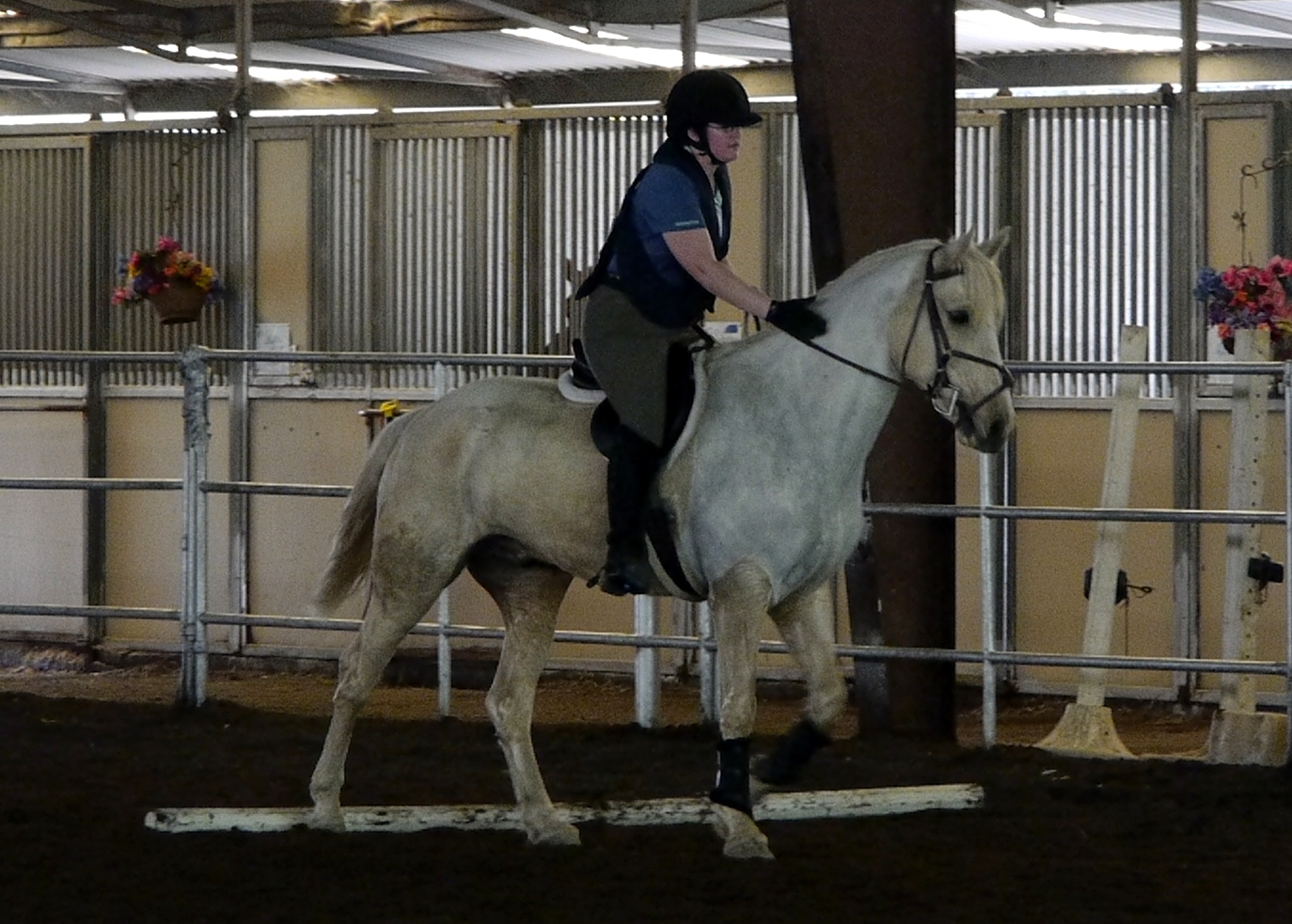 Lots of pats for Mustangs who don’t kill their riders

We carried on trotting between the poles and then walking over the poles until the last set where he actually trotted over the poles. He was still acting like they might be lava though: 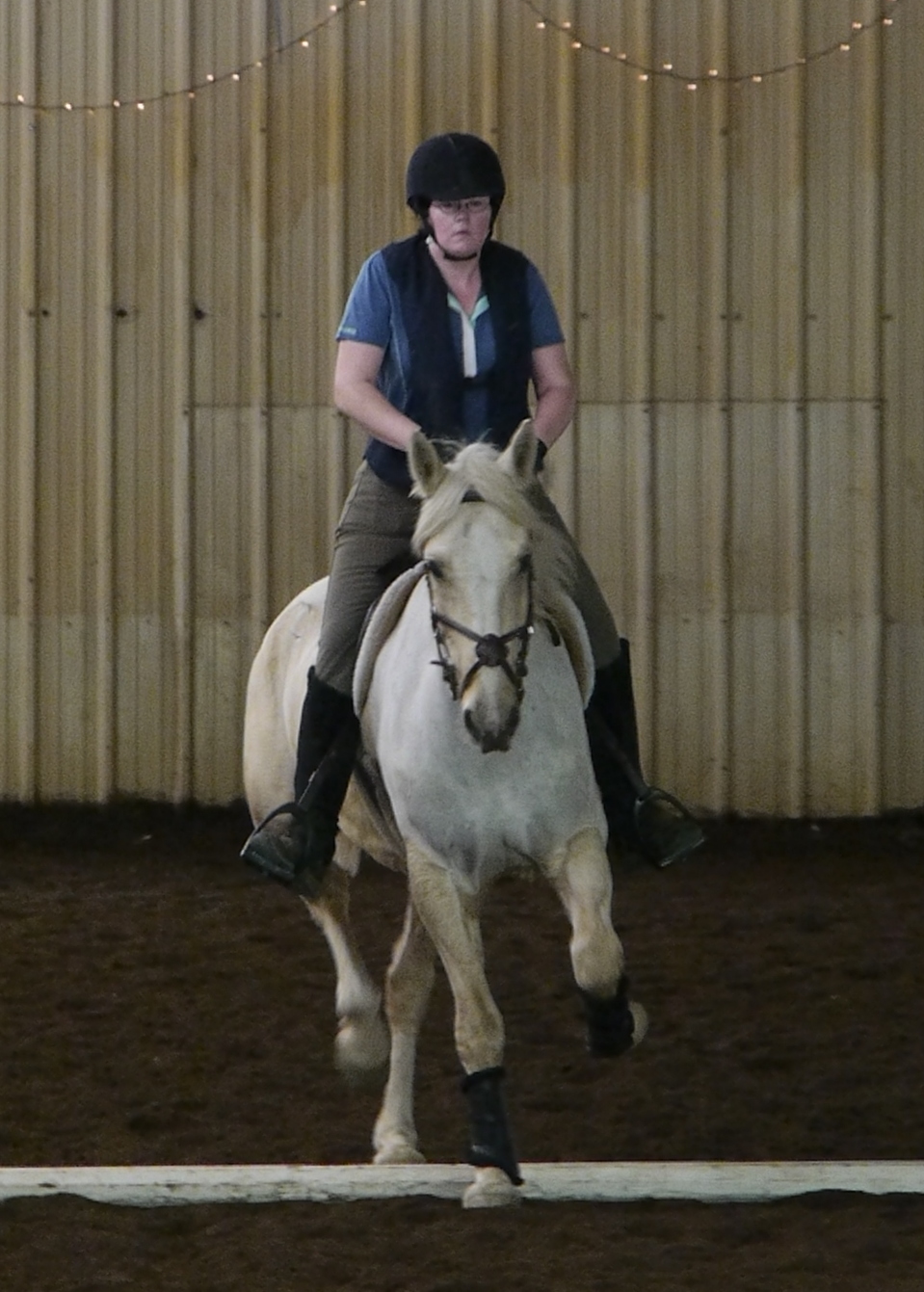 This was a class of 13 so we obviously didn’t even place. There was a 15 minute break and then we came back to do the canter ground poles class. We’ve never cantered a pole before so why not start at a show, right? I took me the first few poles to even get him to canter as he was too nervous, but we got some canter between poles and then, on the final line, he cantered the poles. I know this is super exciting to no one but me, but I was so freaking happy with him. I went to this show thinking it’d be a positive experience if I didn’t fall off. To have him try so hard for me even though he was nervous and hadn’t ever even practiced that skill was so rewarding.

We ended up getting a very well deserved 4th out of 4, but hey we got a ribbon. As a final class, I entered horsemanship pattern. This was actually crazy difficult because the entire pattern was set up to fit in a 20 meter circle. I meant to take a picture of the pattern but it involved trotting a figure 8 around cones A and B then cantering from cones C to D. The cones were like 10 meters apart. I’d have had a hard time doing it with Nilla; I had an impossible time doing it with Levi. I couldn’t even get him to canter before it was time to halt. At D we had to back 5 steps and he aced that. His inmate put an excellent reverse on him. This class had only 2 entries so we got 2nd. 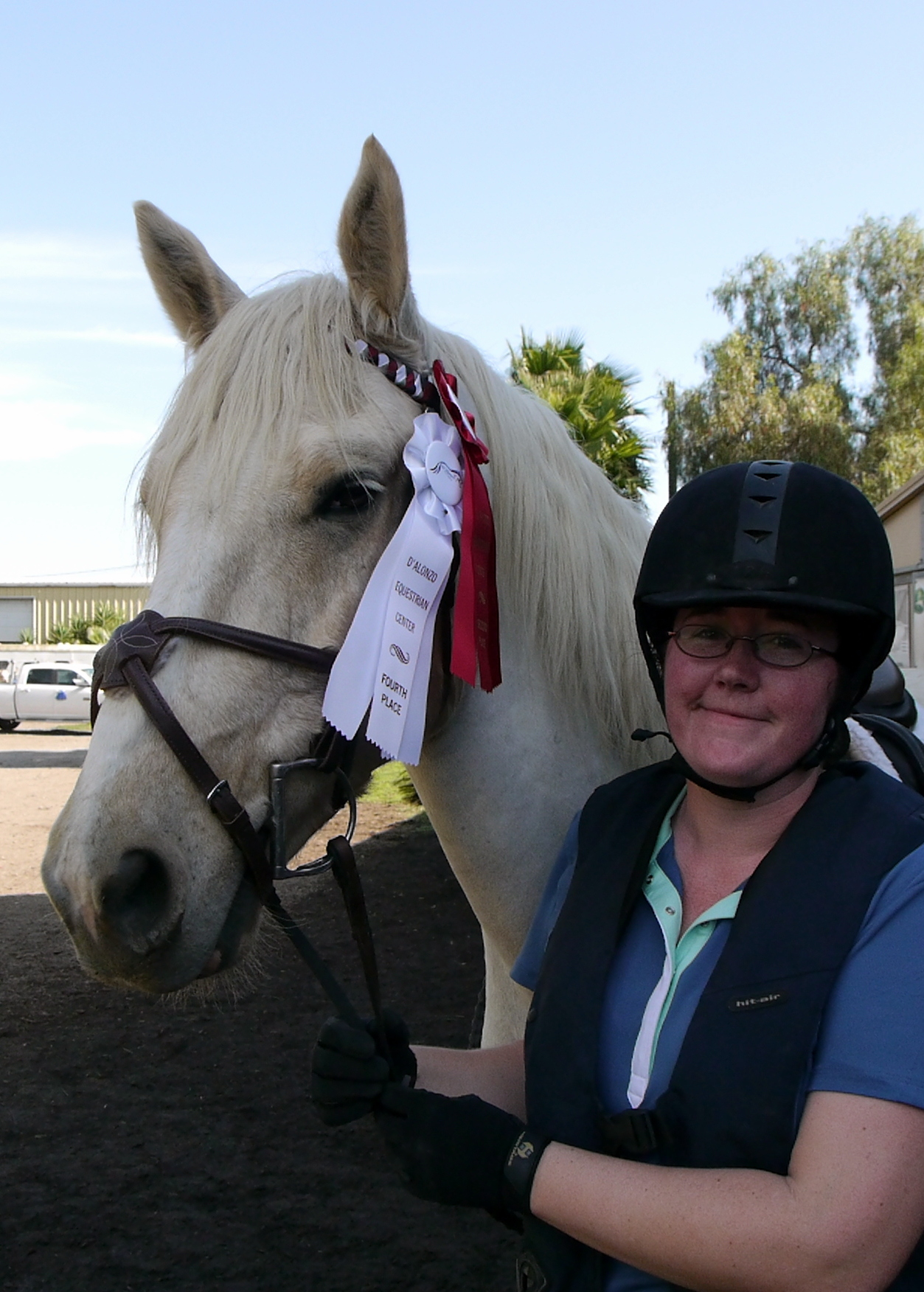 As a bonus, his ribbons match his browband

I went to this show with absolutely no expectations. I really thought Levi would be a spinning, jigging nut while waiting and that he might freak out in the class, but he was so good. I was really impressed with how well he behaved and just how much he tried to be good even when he was scared.