In addition to the equines and dogs, our farm is home to a lot of wildlife. Some of them I enjoy having… others not so much. Since the weather is keeping me from getting much riding in and the 50 millions things that need fixing around here are keeping me from blogging as much as I’d like, I though I’d do a quick little post about the various animals are barn hosts.

I don’t know if it’s the same rafter or different ones, but I see wild turkeys almost every day. 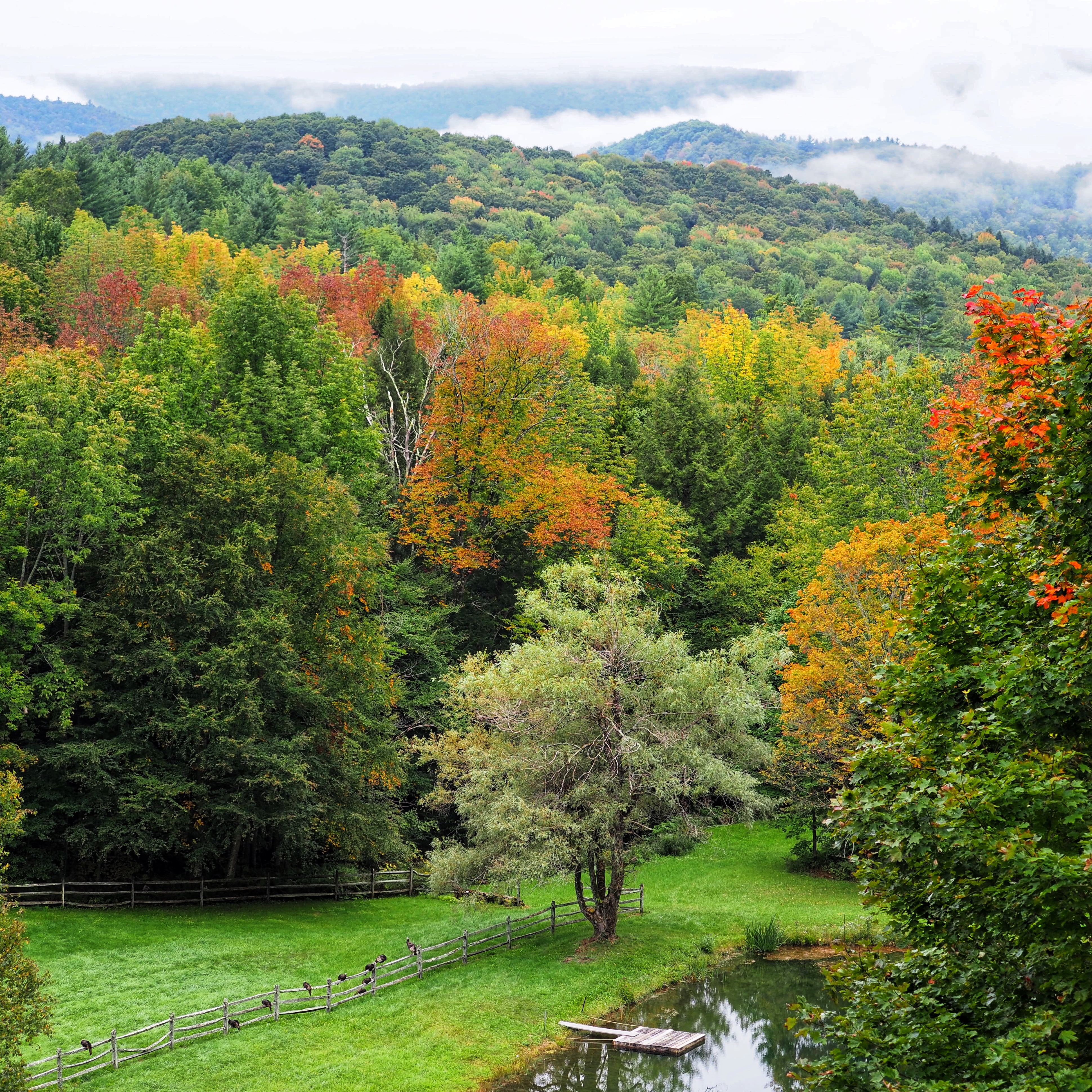 Rafter of turkeys on the fence

As it’s started getting cold (damn you snow in October) I haven’t seen any of the frogs and toads in a while, but we were seeing them almost every night. The toads are huge (dessert plate size) and I have nearly fallen over trying to avoid stepping on them at the last second. 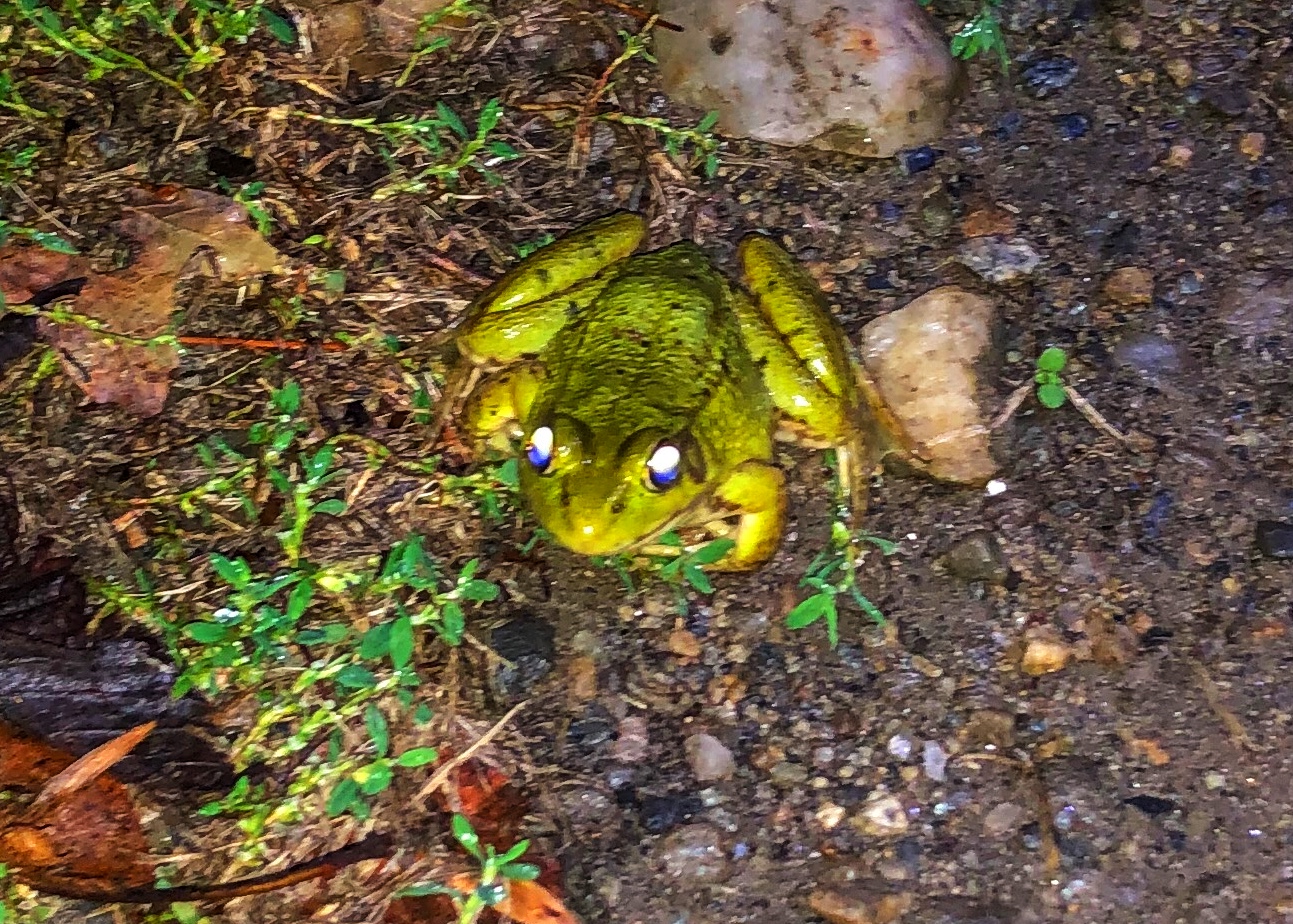 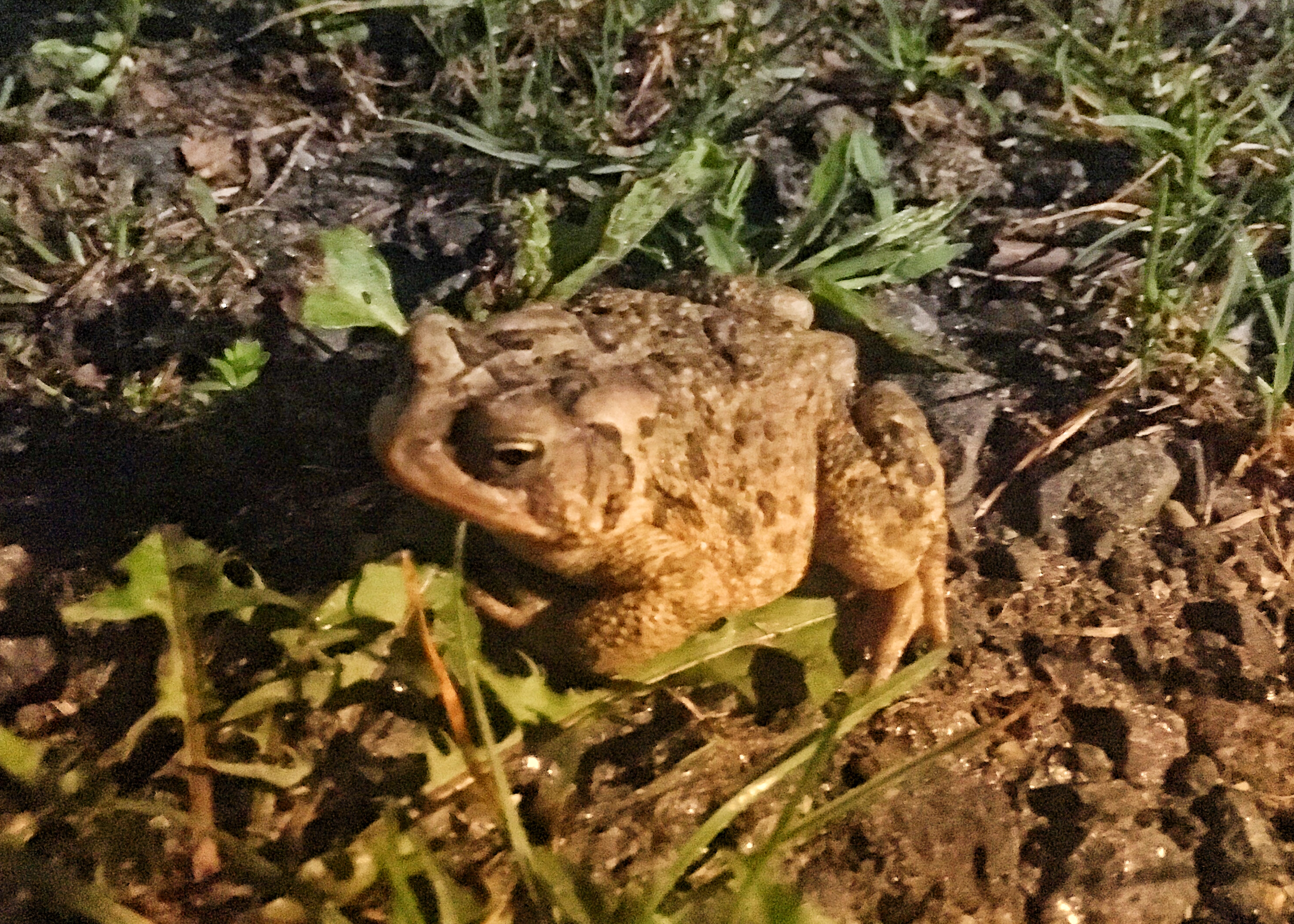 I only saw this one, but it was so cool. This is the eft stage for newts; a stage where they live on land in between being born in water and returning to the water. 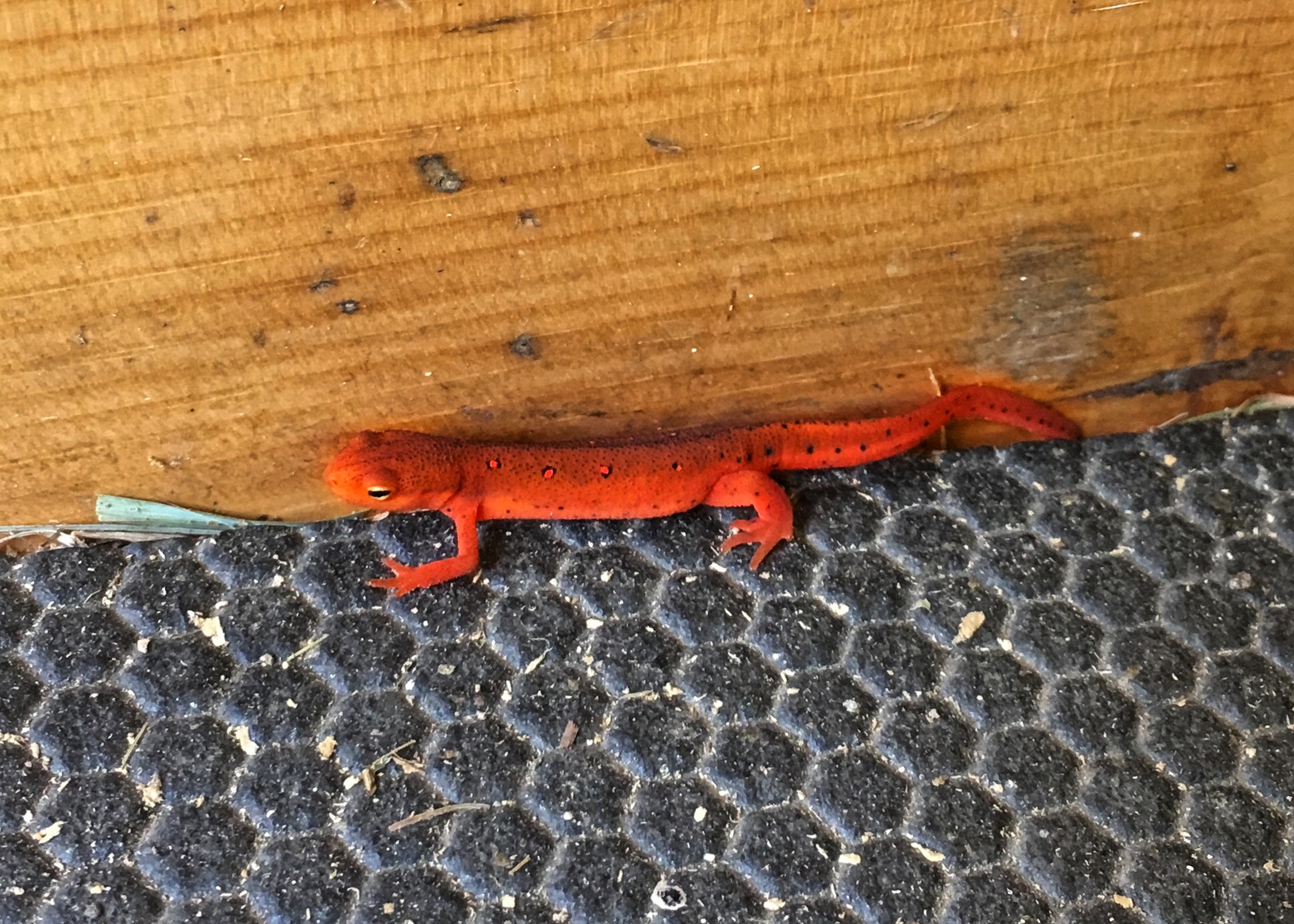 I have no pictures of the squirrels, but they are definitely a presence here. They seem really obsessed with eating crabapples and pears on my porch and leaving the crumbling remains for me. Chipmunks are super cute, but they’re troublemakers. We made the mistake of leaving our tack room open while riding one day and returned to find this little bastard leaping all over the place. 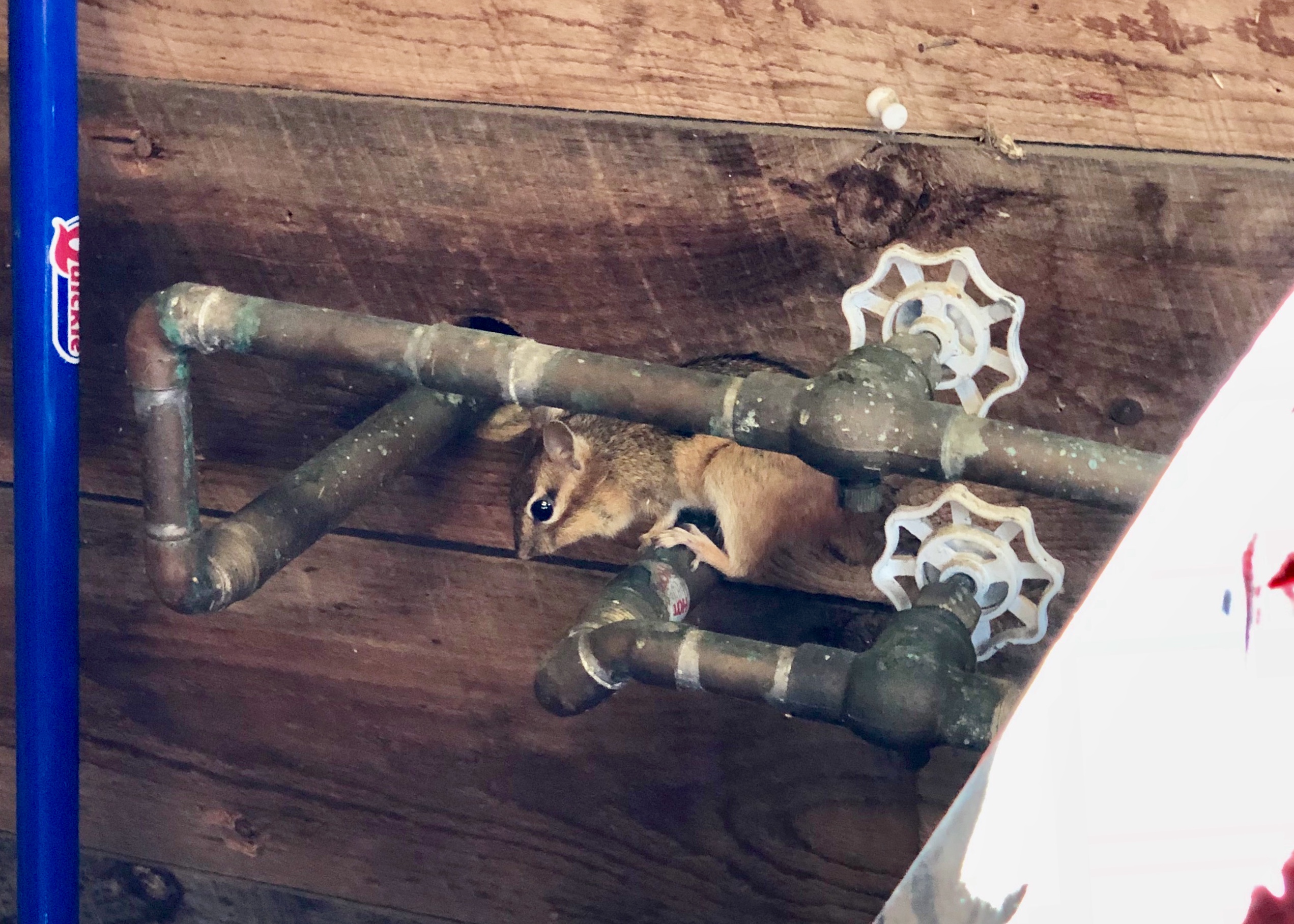 My husband saw this guy when we was out hiking our property with our forester. Apparently he was a bit camera shy and would circle around the tree whenever my husband tried to get a picture so this is the best he got. 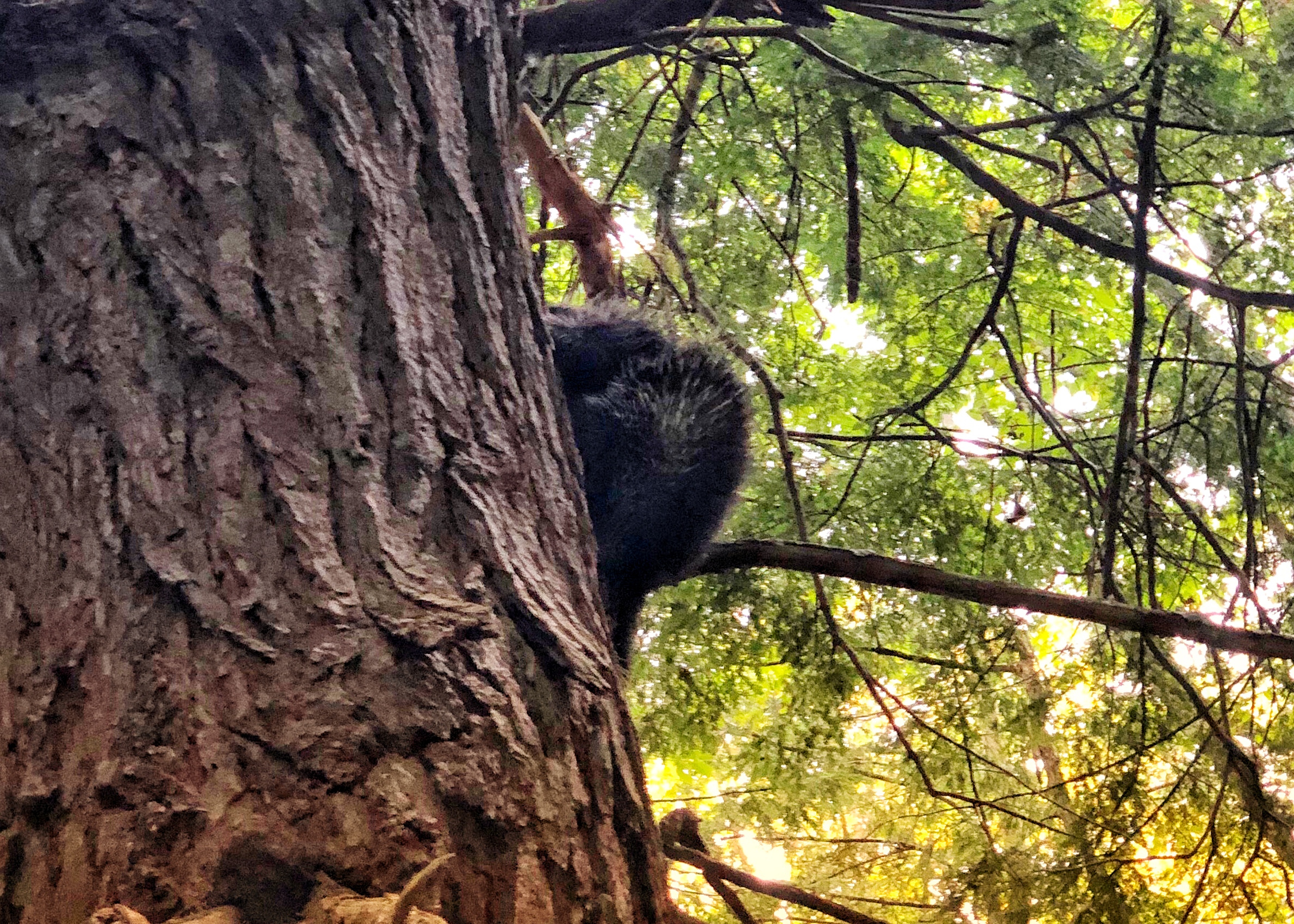 The previous owners left behind a bird feeder and I’ve gotten really into feeding the birds. I love all the different little ones: 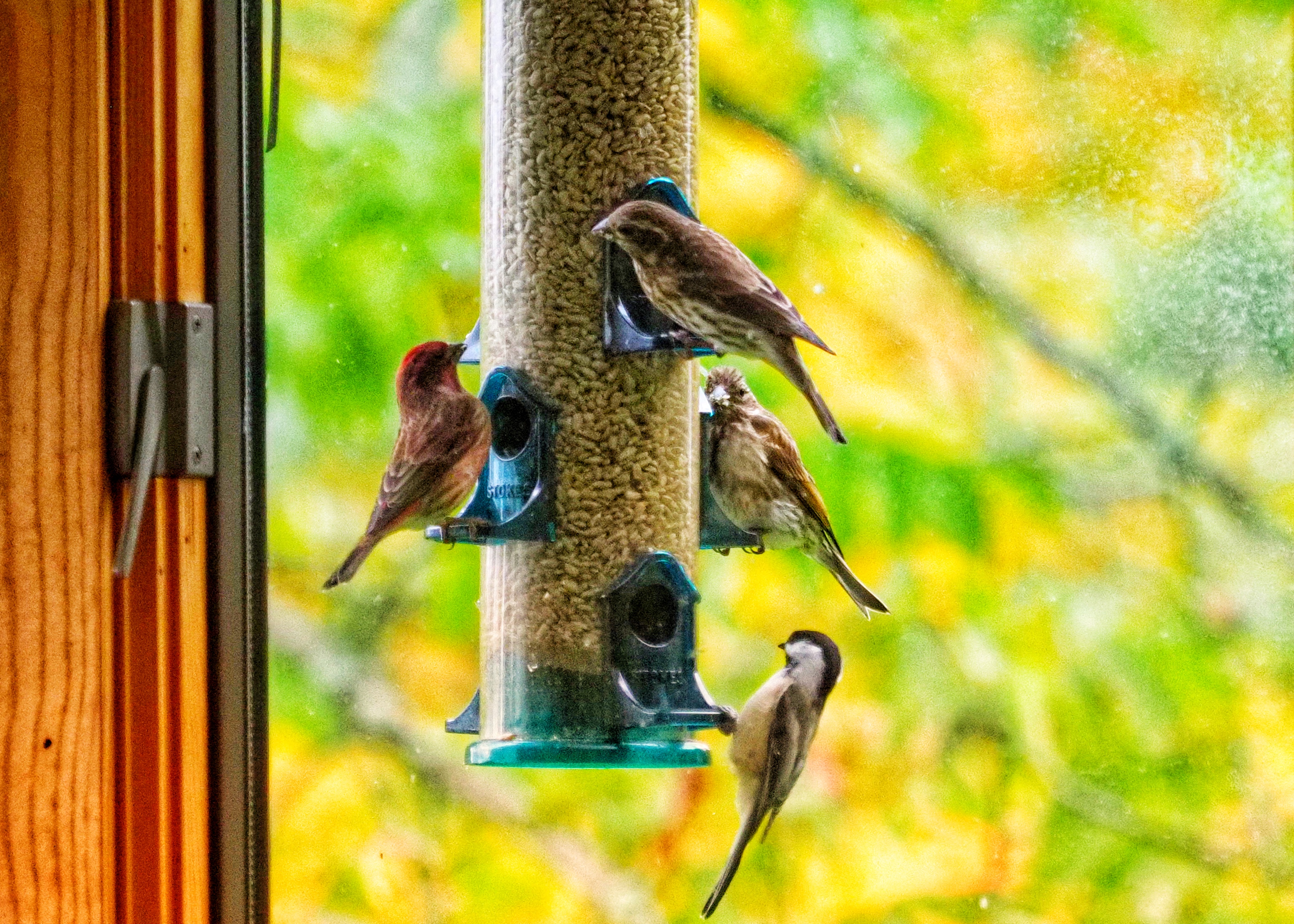 I do not, however, like the *sshole blue jays. As pretty as they are, they’re bullies. They scare all the other birds away and they go through all the seed way too quickly. I’m working on some changes to discourage them. 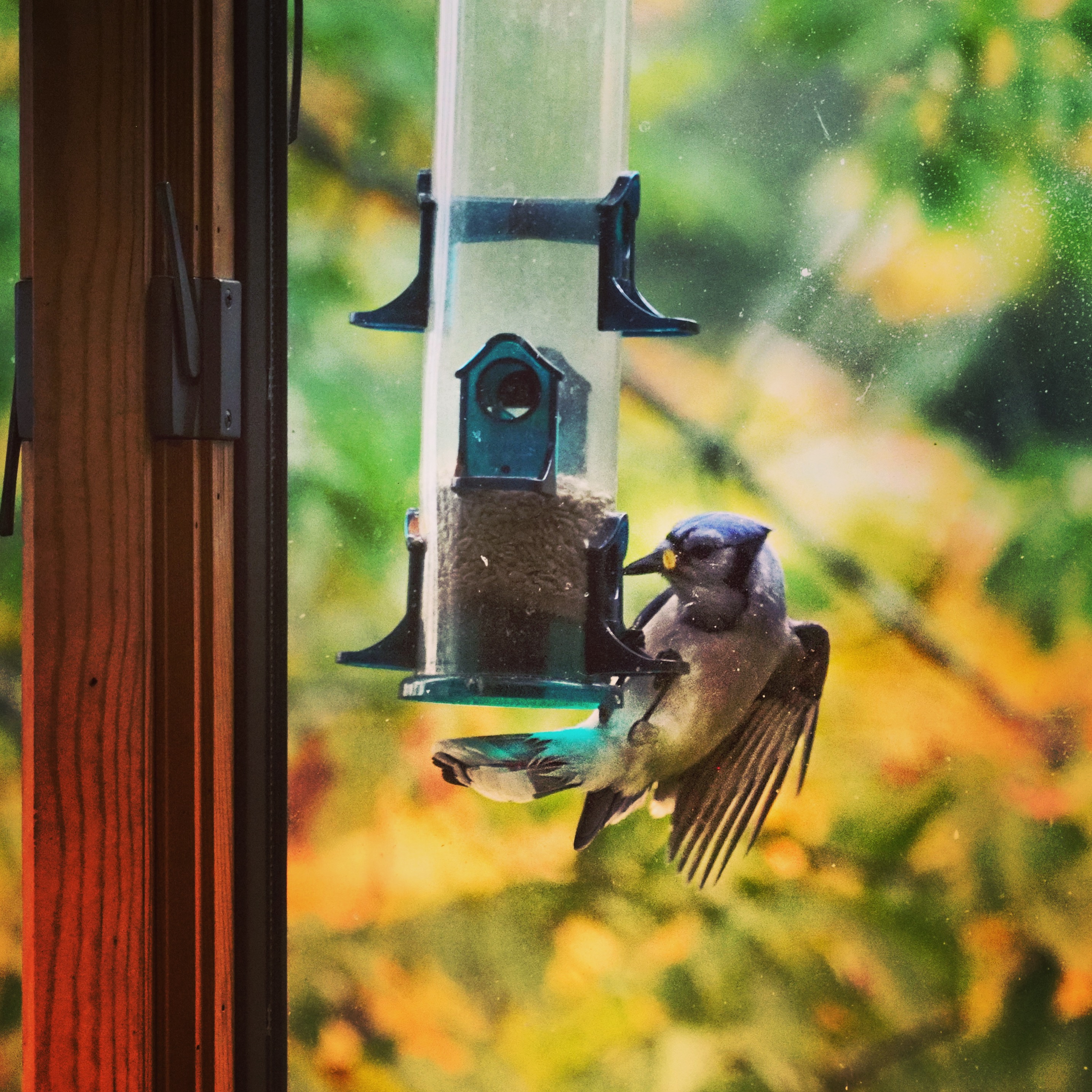 We also have a big owl living near our house. I hear him(her?) frequently at night though I’ve only seen him the once and I didn’t have a camera on me. He was huge and very cool to see.

I’m sure we’re home to a lot more wildlife that we just haven’t seen yet. I know we’ve got coyotes since I hear them howling at night. I always enjoyed seeing all the wildlife at the barn we boarded at in CA and I’m exciting to see all the new ones here. I do miss the California Quail. I always called them velociraptor birds as they liked to run instead of fly off and would stride through the brush like the little dinosaurs they are. They were probably my favorite barn wildlife – although the twin fawns were a close second. What’s your favorite barn wildlife?