The next day we got to sleep in very slightly since my husband didn’t go until 11:30 and we didn’t need to braid. We still got there early enough to rinse Levi’s poultice off and throw him in the round pen to check his soundness after bashing his leg the day before. Not only was he sound, but he was sassy with some squealing and leaping about when I asked him to woah.

My husband had walked the course on Friday with Kate. I skipped out on walking it because my back was killing me, but I saw most of it from my walk of the intro course the next day. The BN course was similar to the November course, but with some interested changes. You can check out the whole coursewalk here. 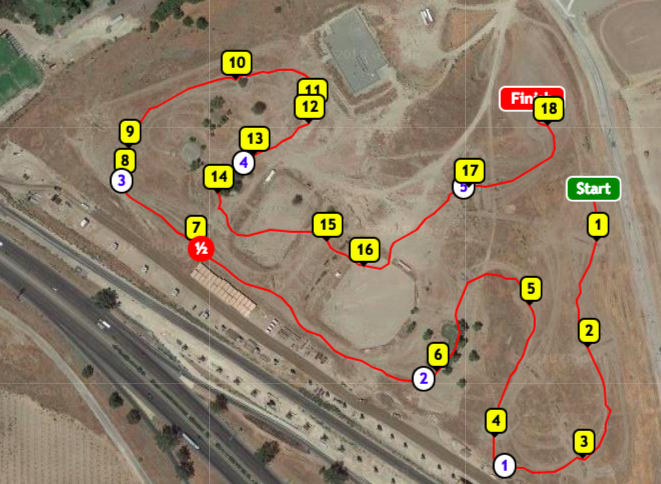 Eugene needs basically no warm up for cross country. We took him over early to get his legs stretched and do some trotting and cantering to get his muscles warmed up, but he doesn’t need to do much jumping. They popped over the one log and called it good. I left early to find a good place for pictures. 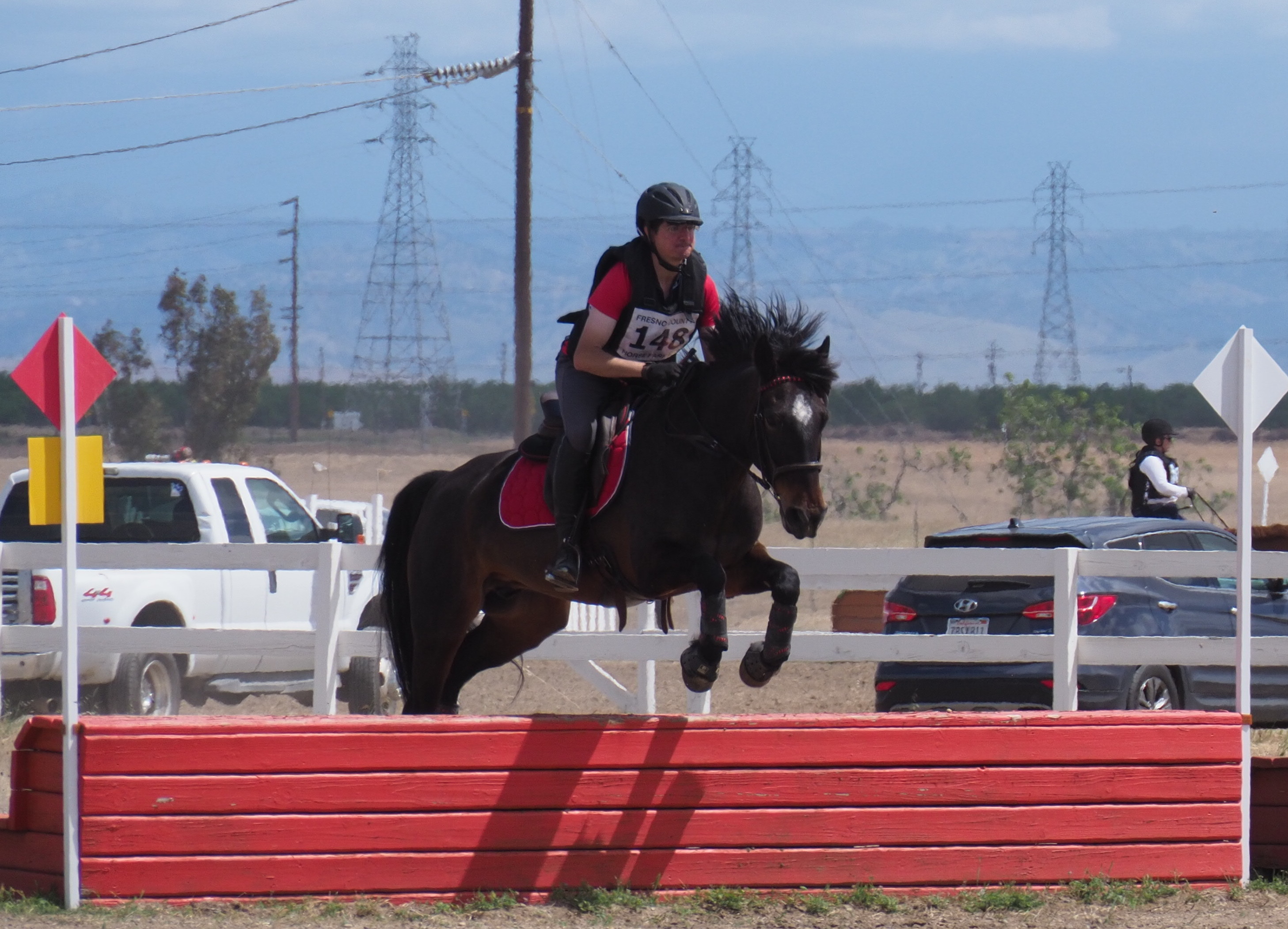 And then it was time to go. And Eugene did want to go! He’s so happy out on XC. I don’t think Eugene put his ears back once. 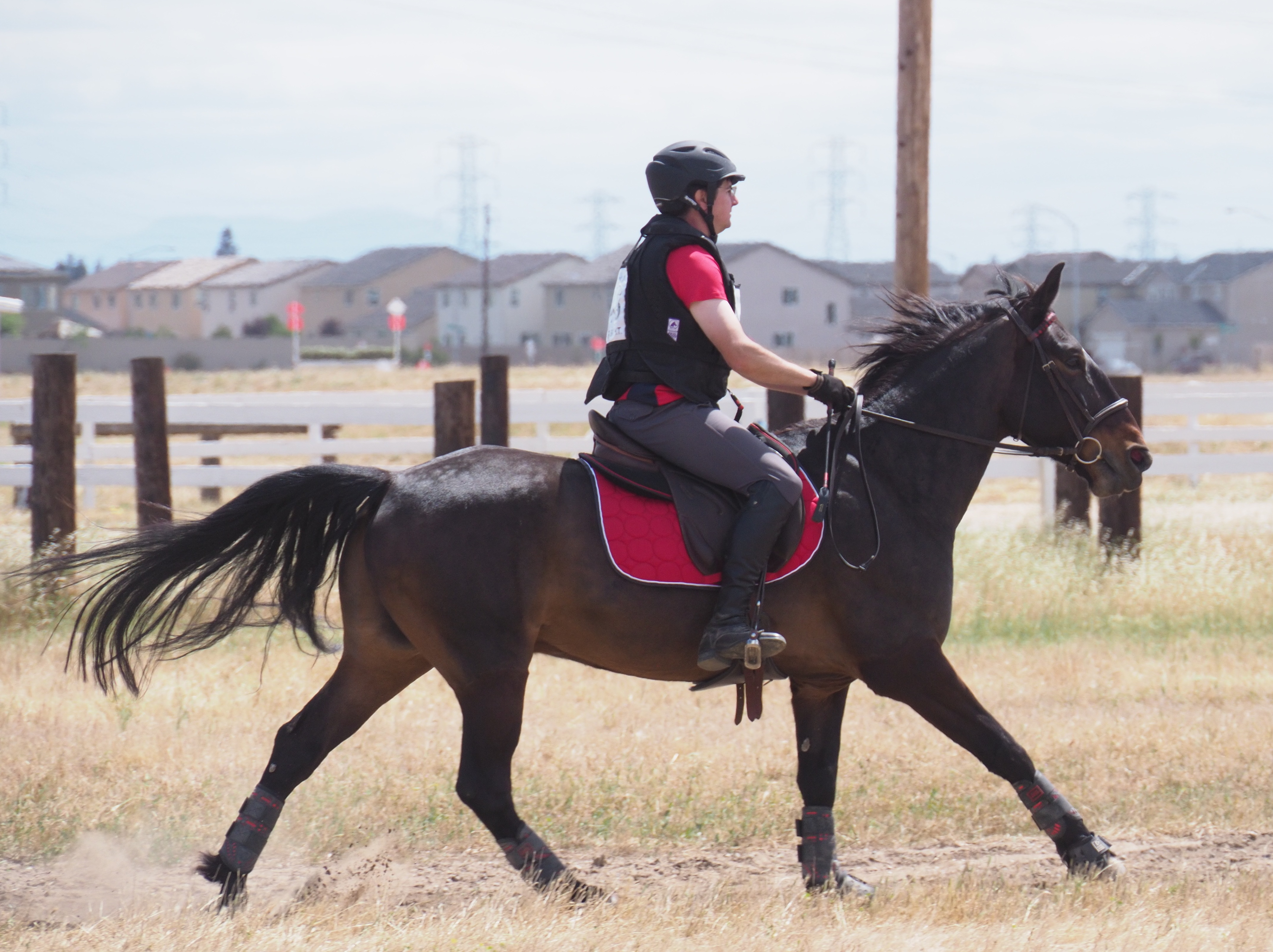 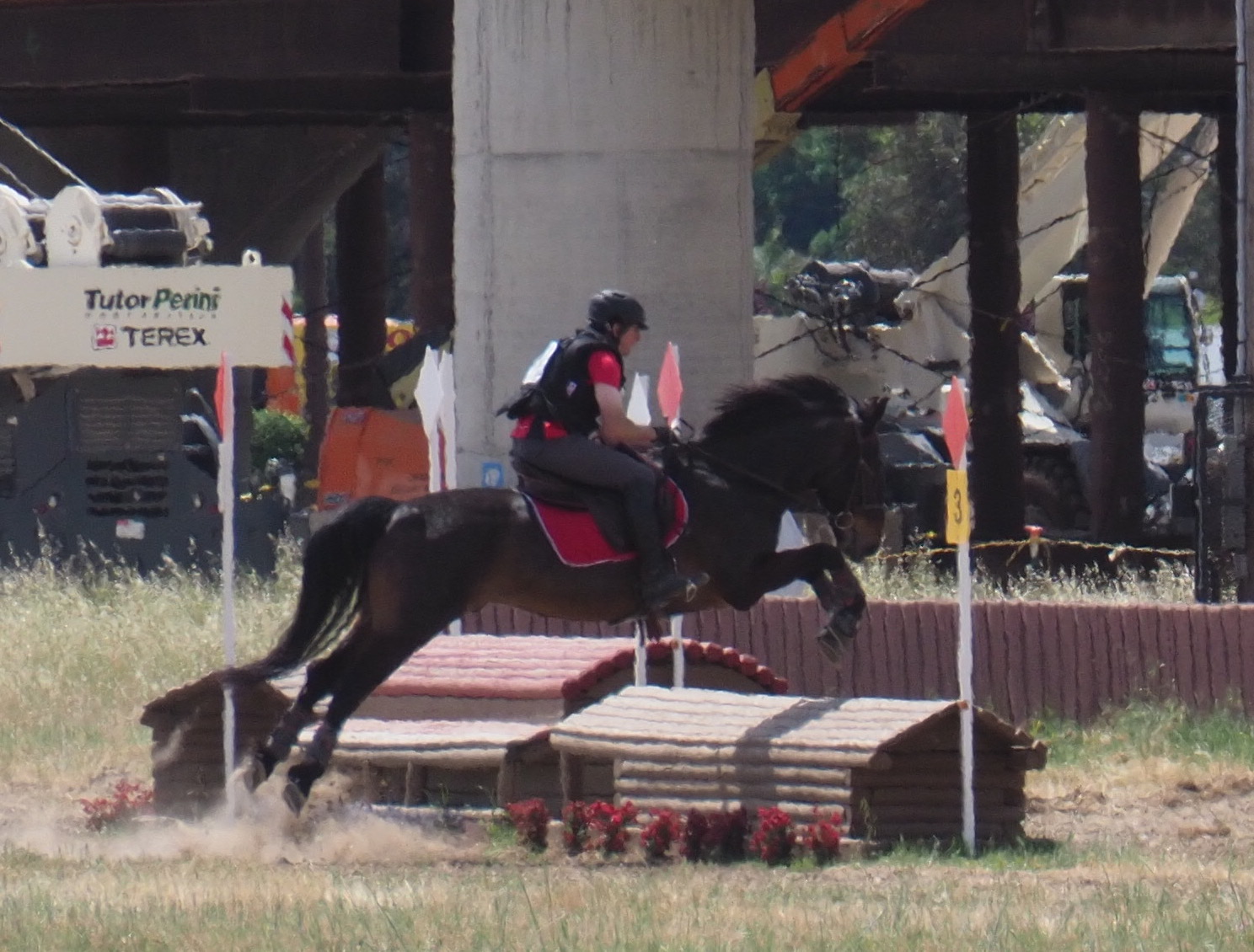 Eugene has gotten so confident on cross country he’s starting to get a bit casual about the jumps. He ruined the one jump I was close to with a chance for a good picture by just casually loping over it instead of lifting his knees up. 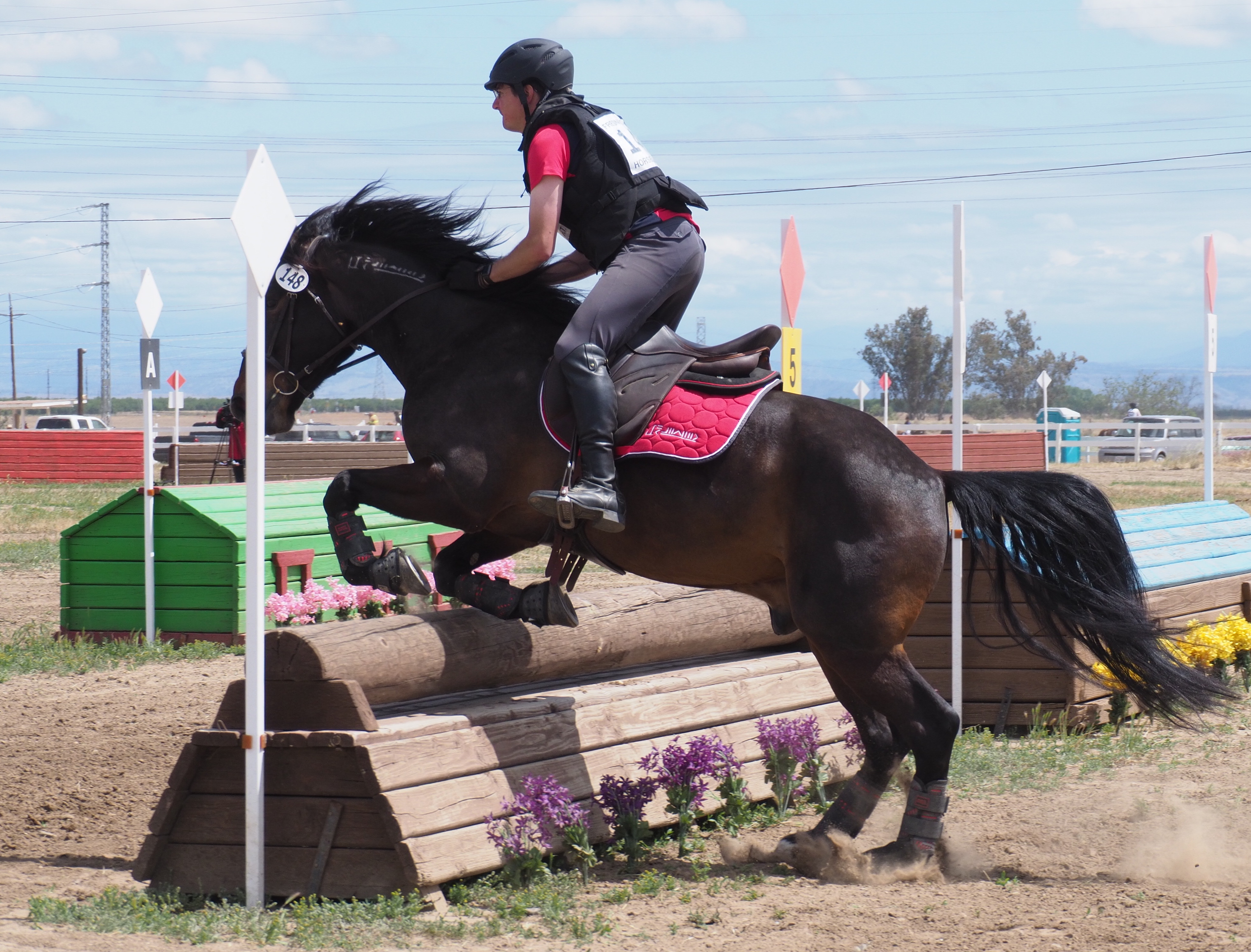 Speaking of photographic skill, I don’t think I could have lined up #6 up any more perfectly: 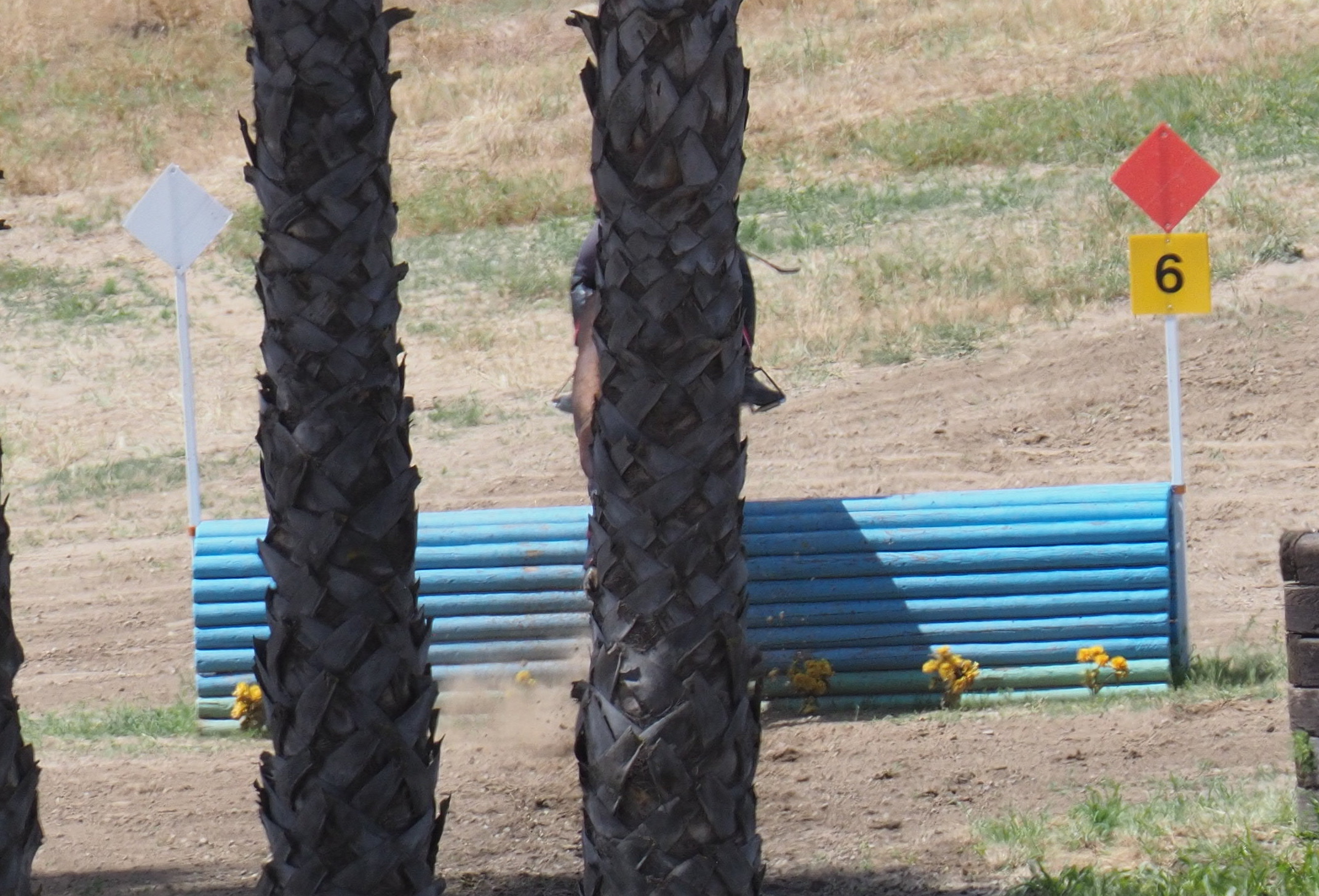 From my vantage point, I could see them going over #7, but it was too far away for a picture. Then I lost site of them entirely for #8-#10. I saw them again at the up bank to the rocket jumps (#11-#12) but again they were too far away for a picture. The line for #13 to #14 was weird. After #13 was water and then #14 was set at a weird angle to the water. You could actually entirely skip the water if you wanted to as it wasn’t flagged and the line without the water was a little weird, but no worse than the water line. They ended up taking the water.

I finally saw them again at the 15th jump. Fresno really puts out a challenging course even at BN and they really use the terrain to make it challenging. #15 was on the top of a hill with a landing on the hill and then down the hill to a palisade (#16) afterwards. I would have been terrified, but Eugene nailed it. 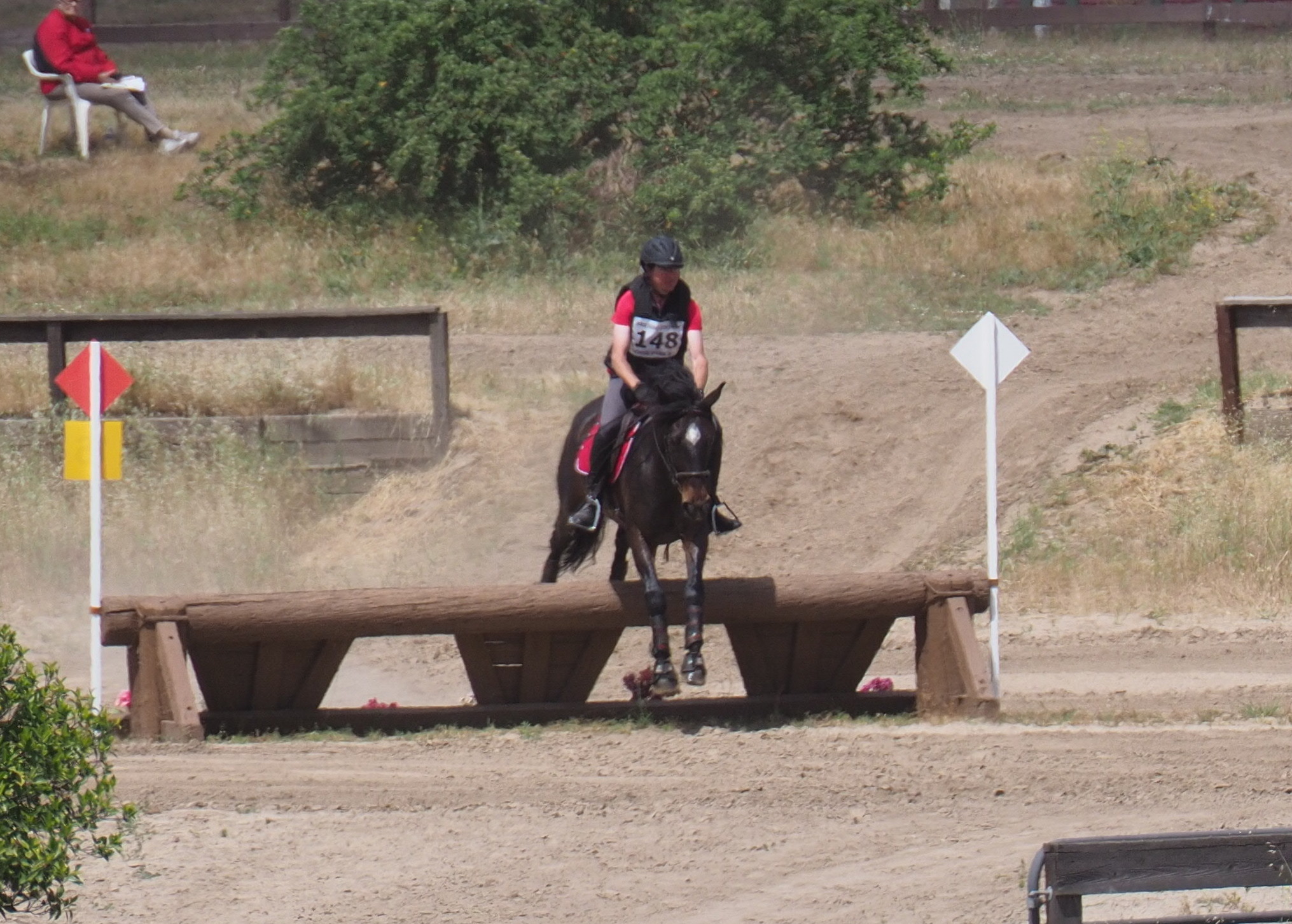 #17 is a massive cabin type jump, which I’m terrified of. But Eugene didn’t care. He was actually a bit too casual about that jump and rubbed it a bit, but they were over clear. 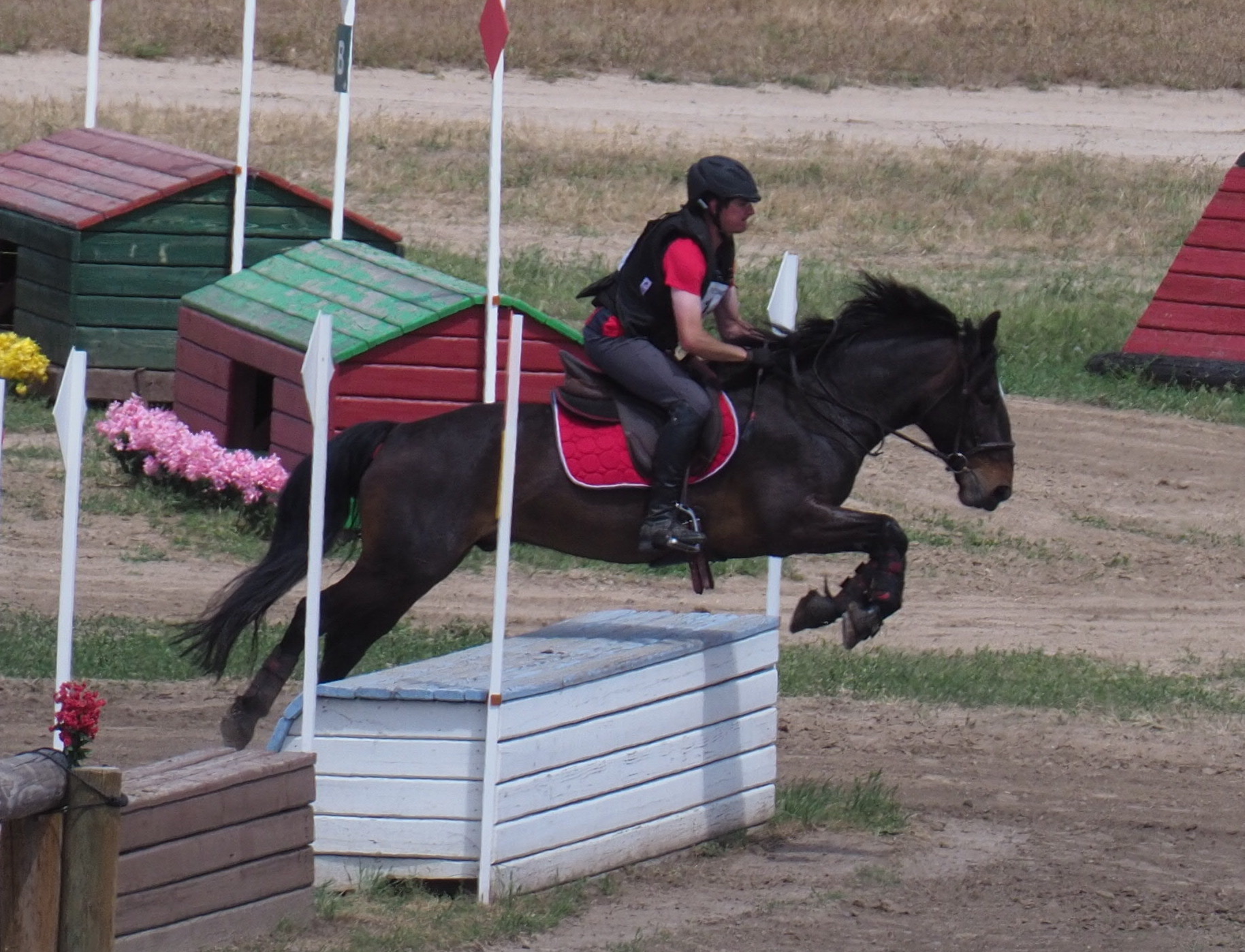 And then over the last jump and across the finish line to finish double clear. 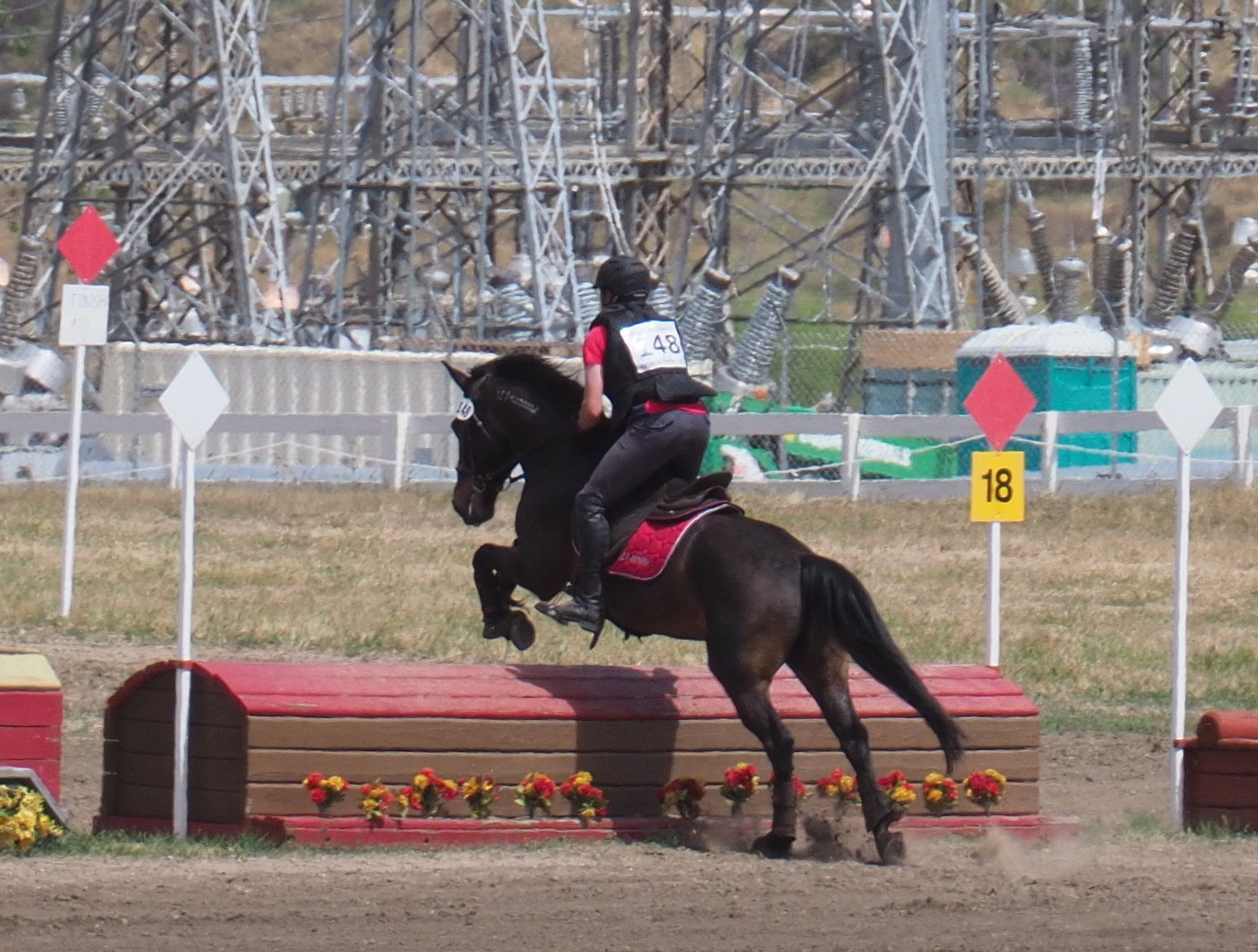 Eugene has always been double clear on XC so we weren’t really worried about, but we thought he’d hold on to his 6th place. With ribbons to 7th, my husband was pretty excited to get 6th. As we were walking back to the barn, I pulled up the provisional scores and they’d moved up to 5th. By the end of the day, they were in 4th!

My husband was pretty freakin’ happy with his little Mustang. They finally got a ribbon at a rated event. 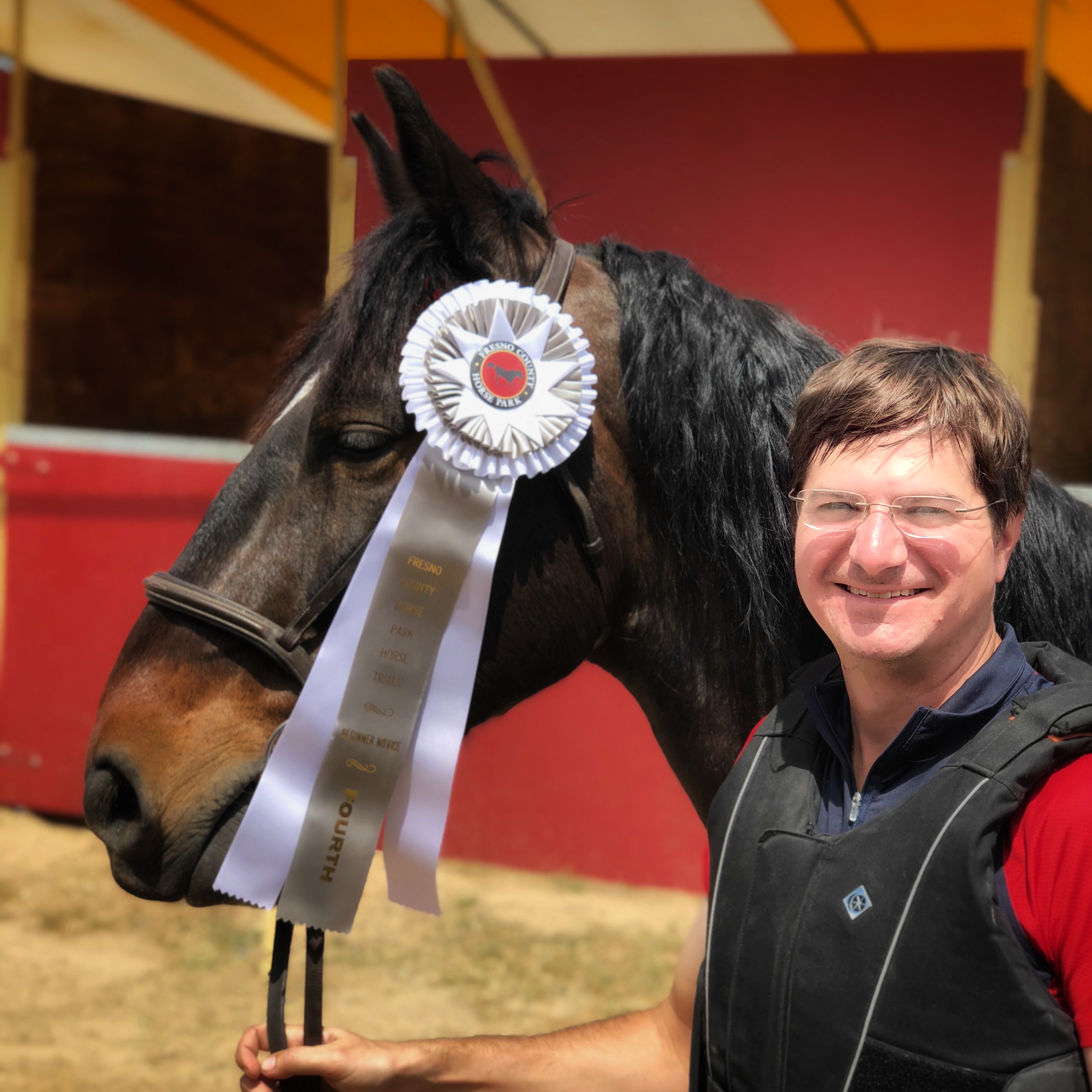 In the meantime it was my turn to do cross country. The intro course was basically identical to the November one. In fact, it was only made easier by the removal of terrifying decorations. You can checkout the whole course walk here. 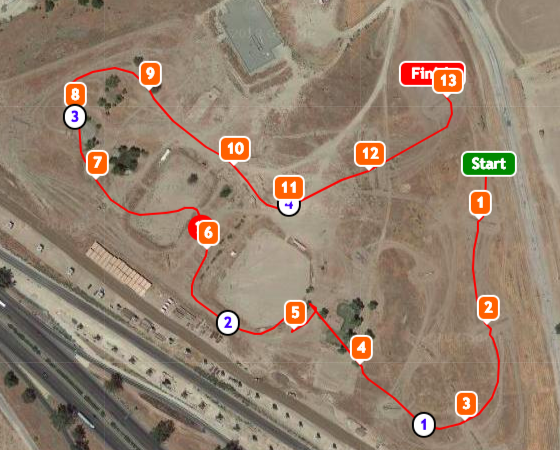 We did some small amount of warm up, but Levi didn’t need a lot with how small the jumps were. When it was time, we walked across the road and I let him eat grass until it was time to go. The guy counted us down, we left the startbox and Levi decided to exit stage left back to the warm up.

And then he saw the jumps and decided that’d be fun and we were off. 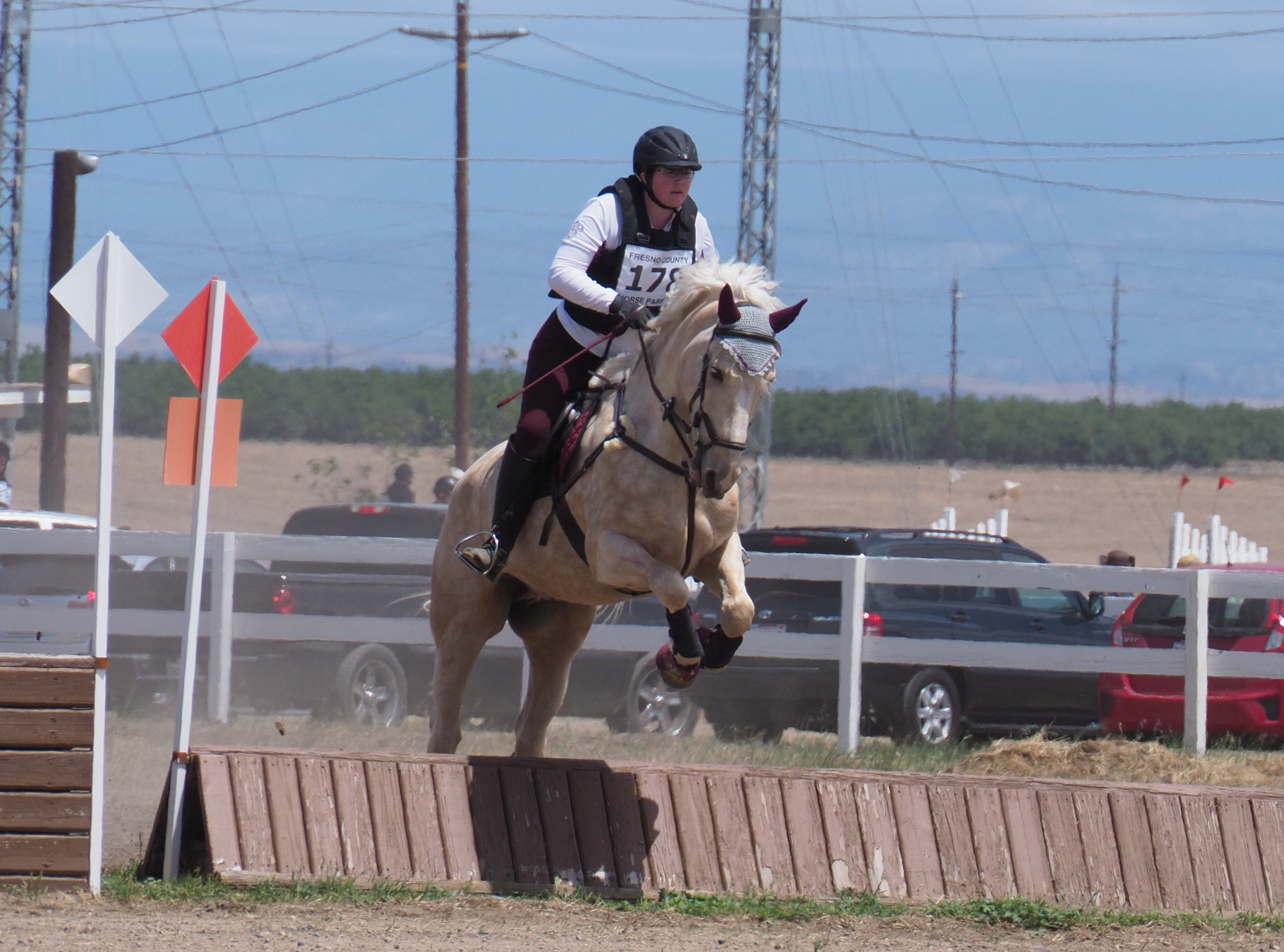 Once we got going, he was happy to go. The stickiness is really just about leaving the heard back at warm up. 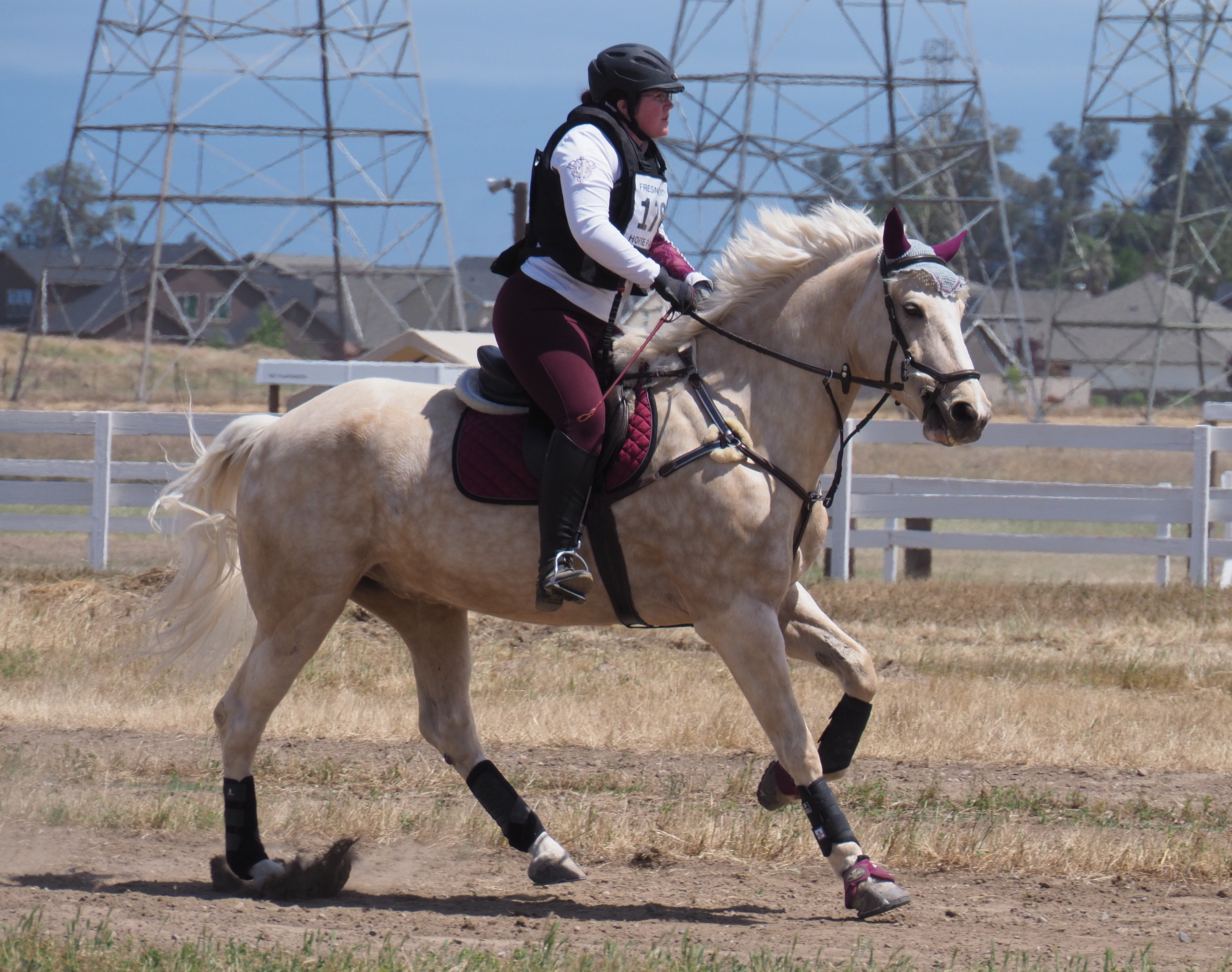 I swear he’s eyeing my husband

I was really glad the jumps were so tiny since Levi insisted on getting as close to them as possible. 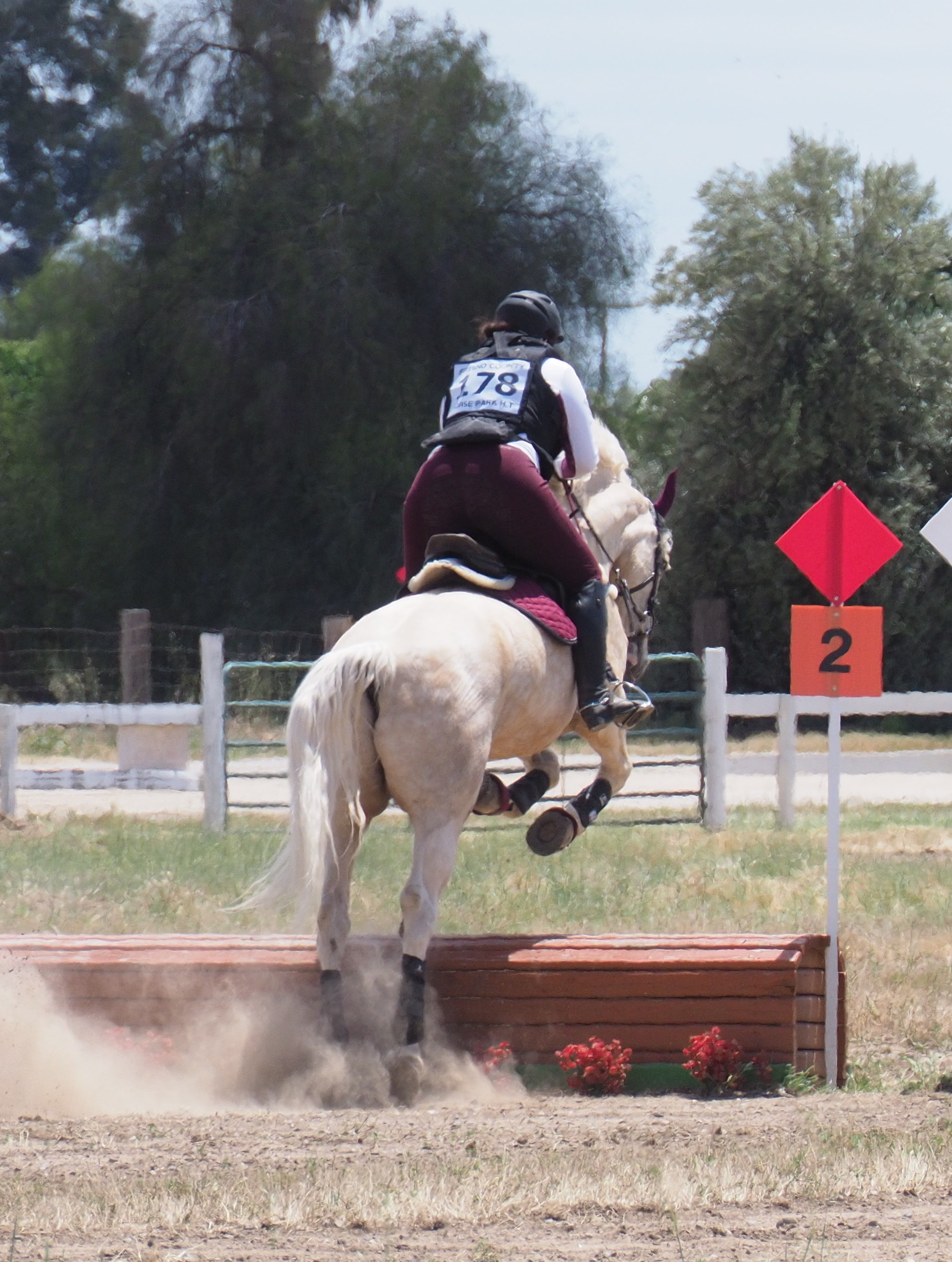 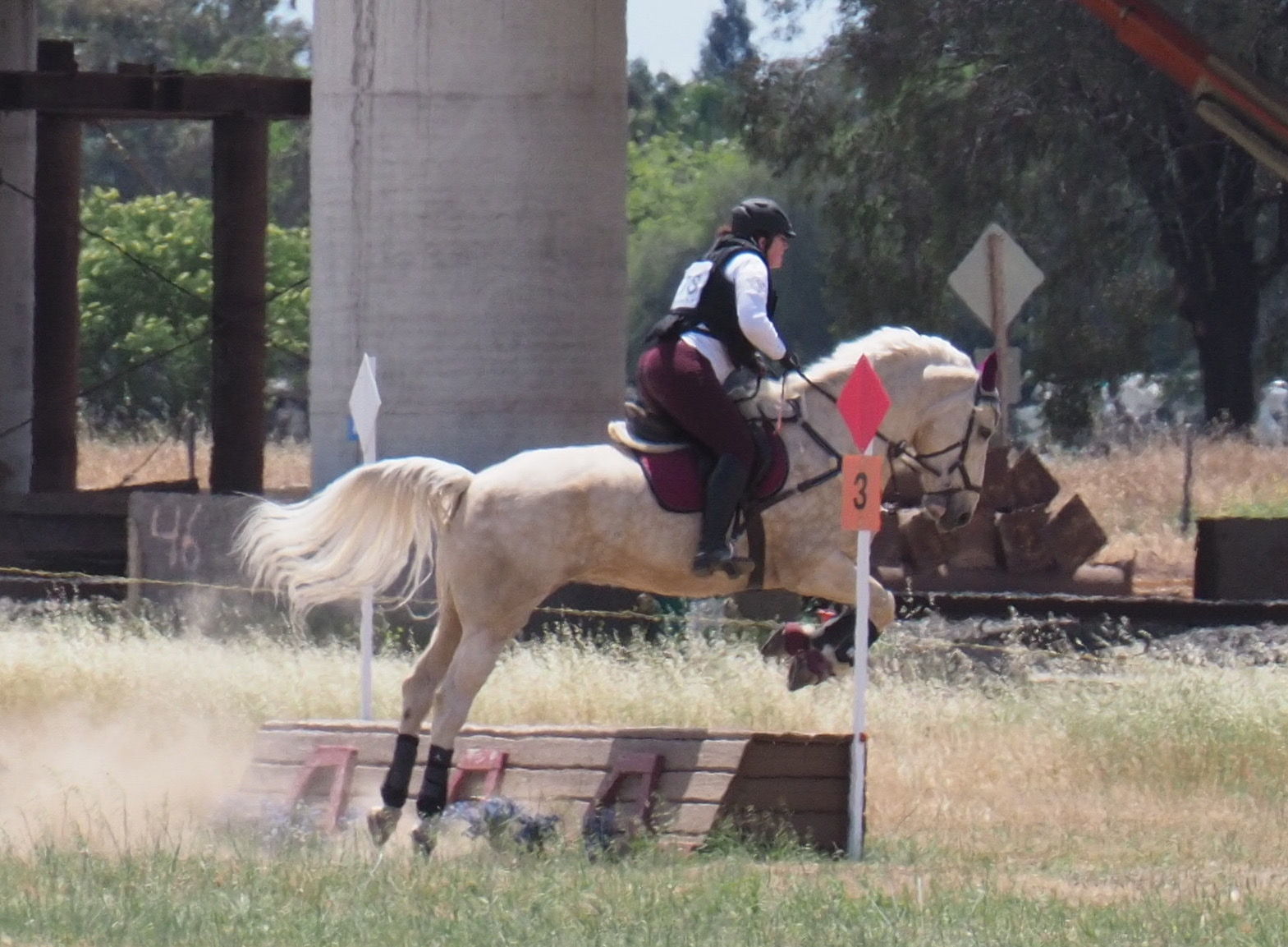 The only real change to the course was moving the 4th jump. In November it was on a different hill. The move made it a bit easier as it was now just on a downhill instead of on a slanted downhill. Levi was well behaved enough to trot down the hill and not trip and fall on his face. 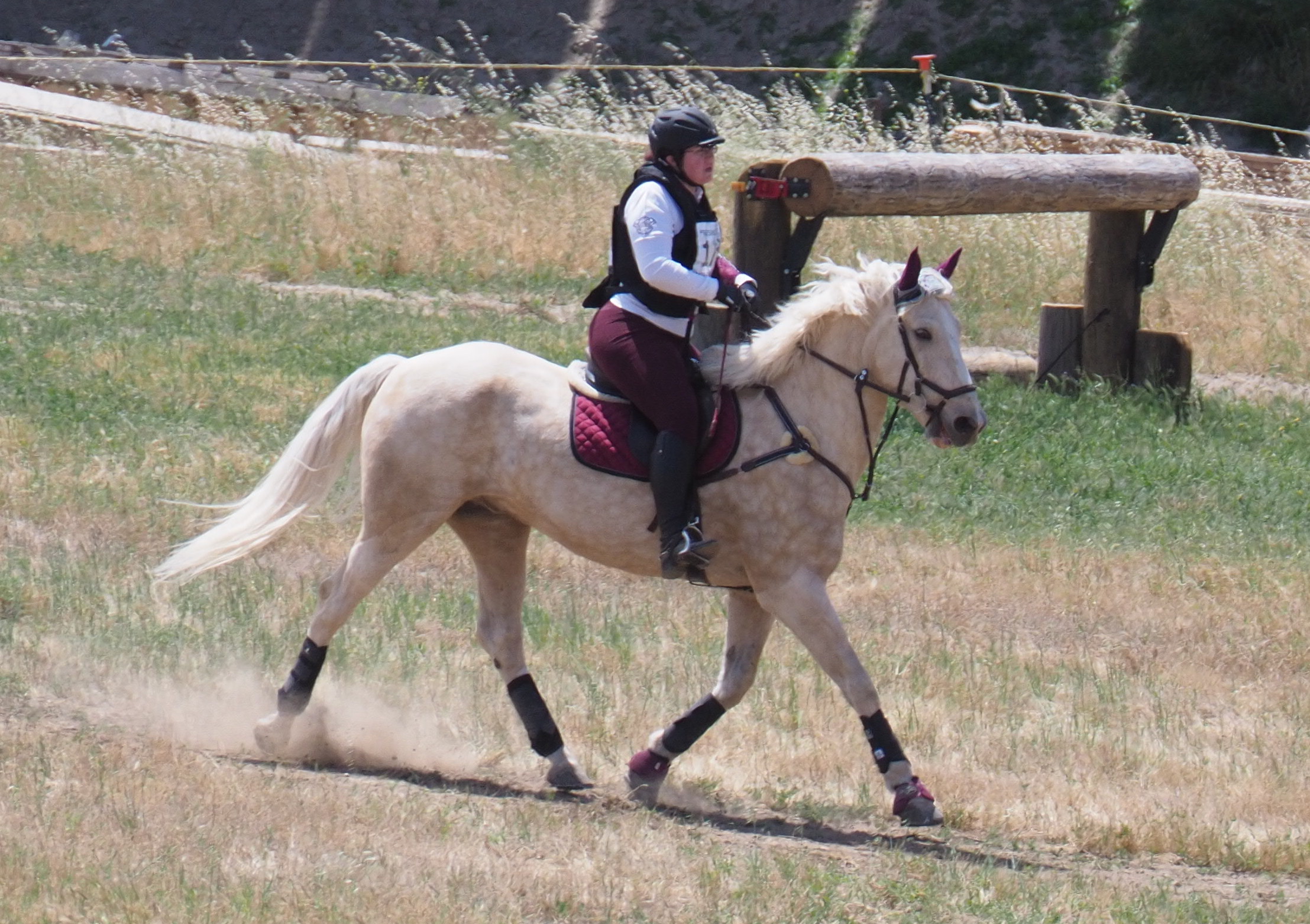 I let him canter the last stride to the jump and he bounced over happily. 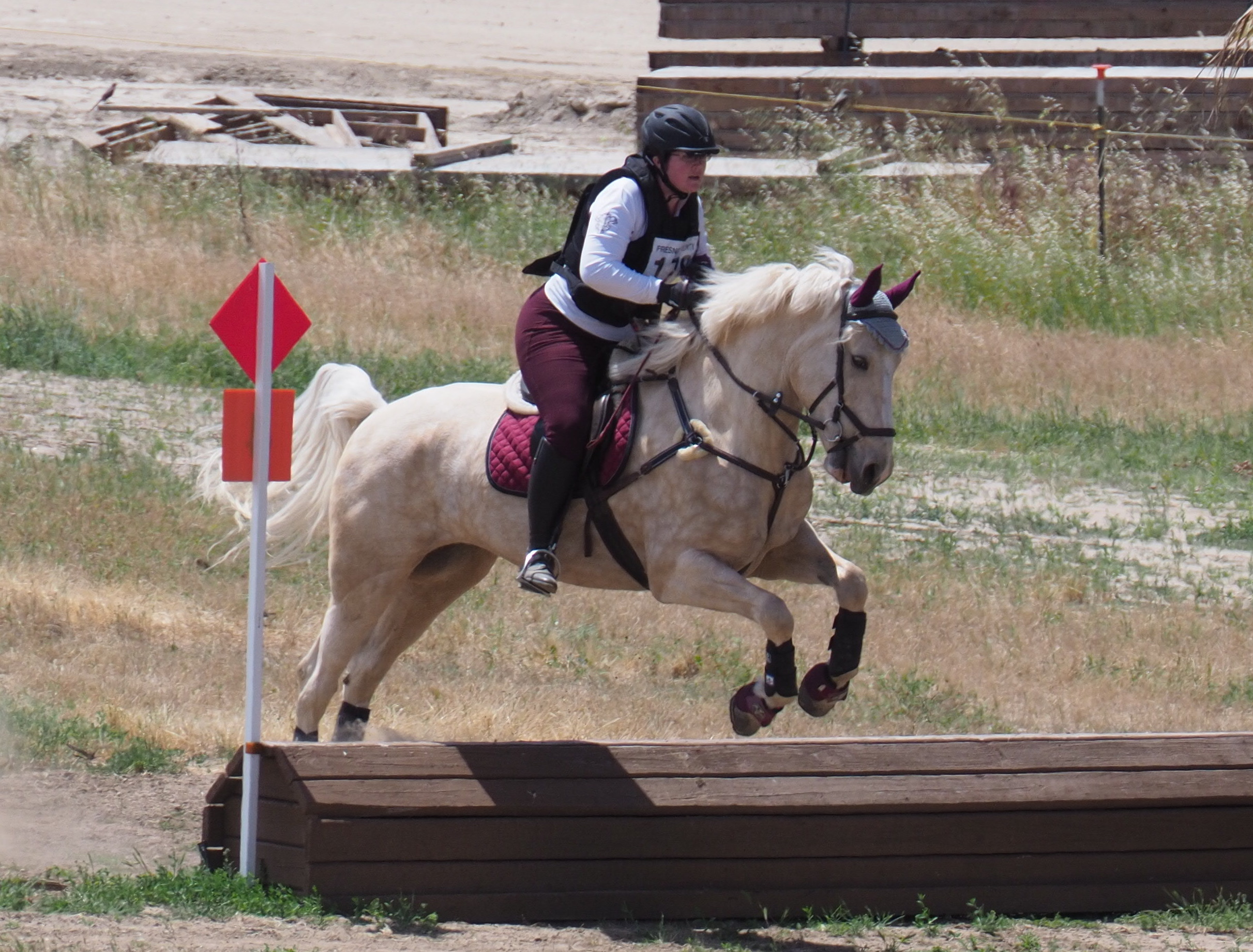 I took the long route around the water to #5. Mostly because Levi hates water but also because the line to #5 was better from over there. 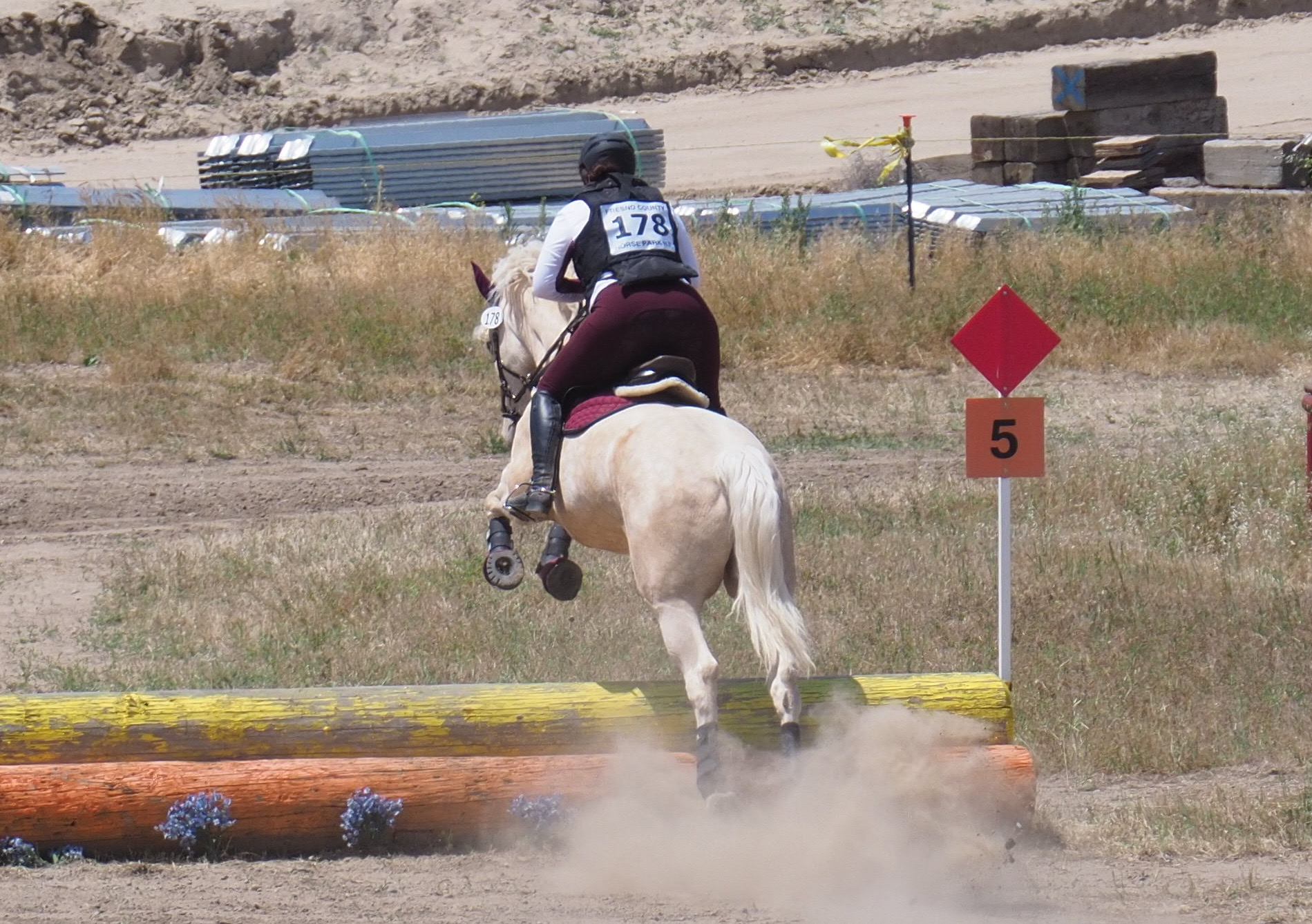 He was good for #6 and #7 although the pictures are so distant, I’m not going to share them. I slowed him down and let him walk into the water before #8. My back was still bothering me and I really didn’t want to get a hard jarring when he balked. Walking worked though; he stopped a bit, but went in without going backwards and marched right out towards #8. 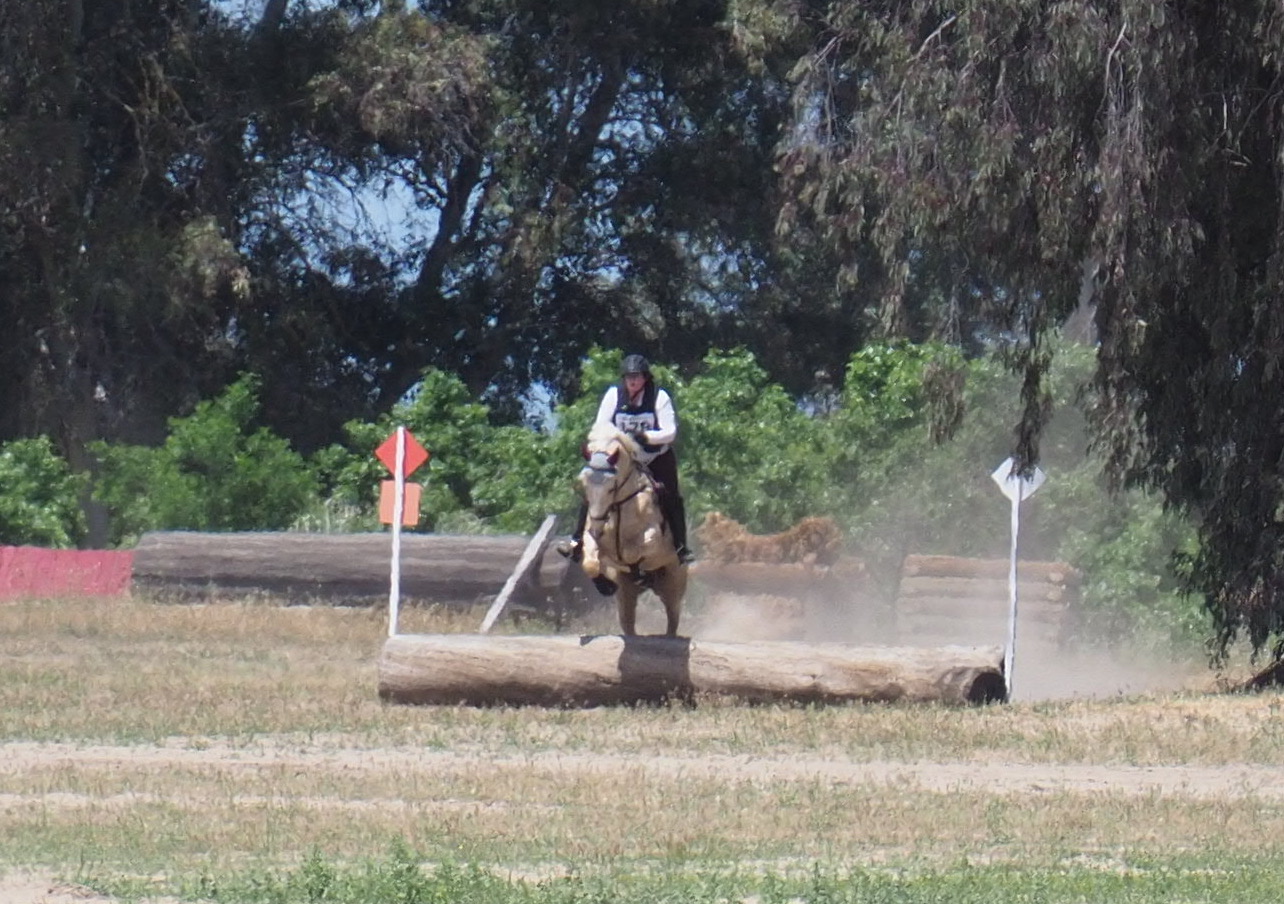 He popped over #9 and #10 easily and he was really good about coming back to trot after #10 to go down the hill. 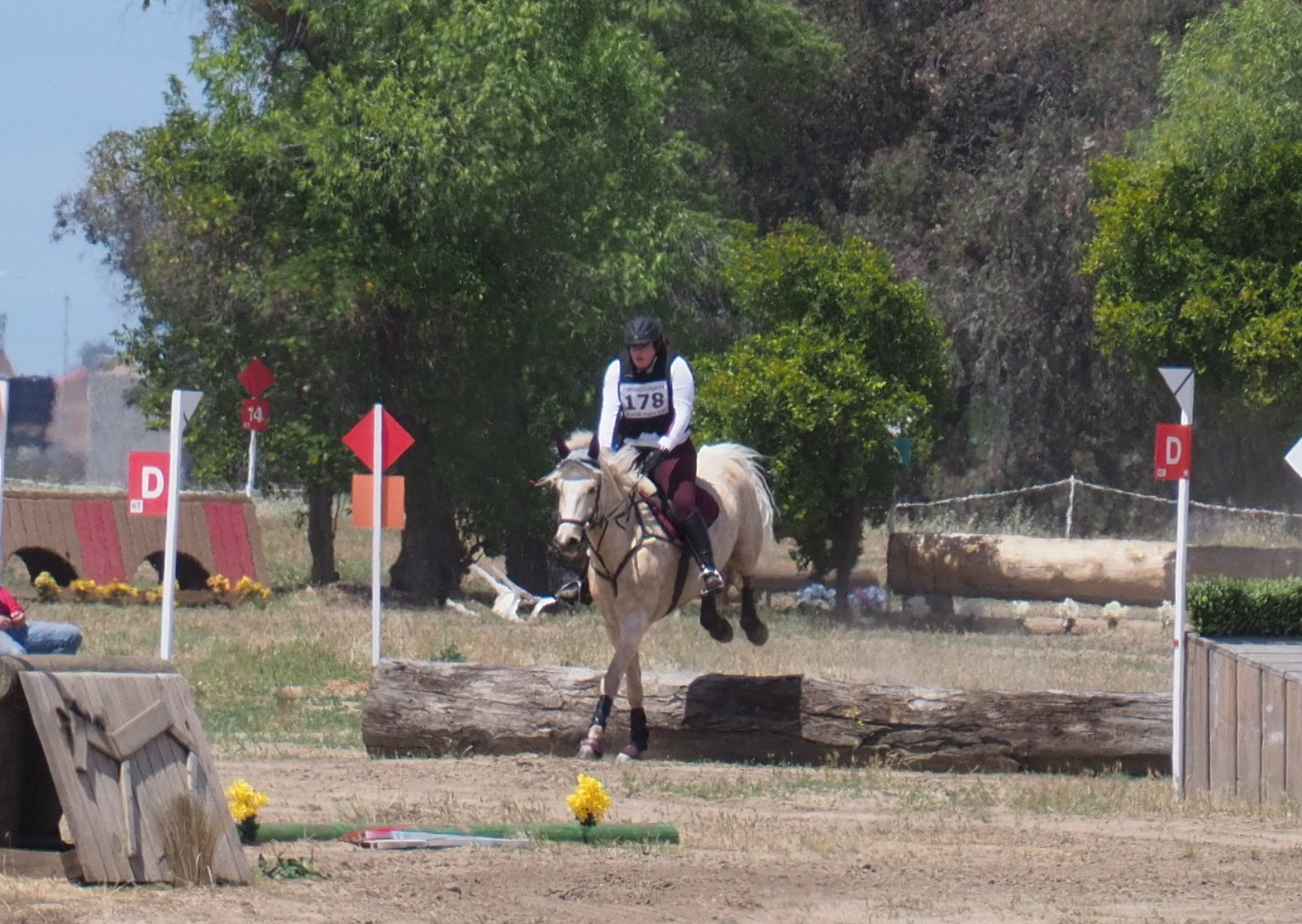 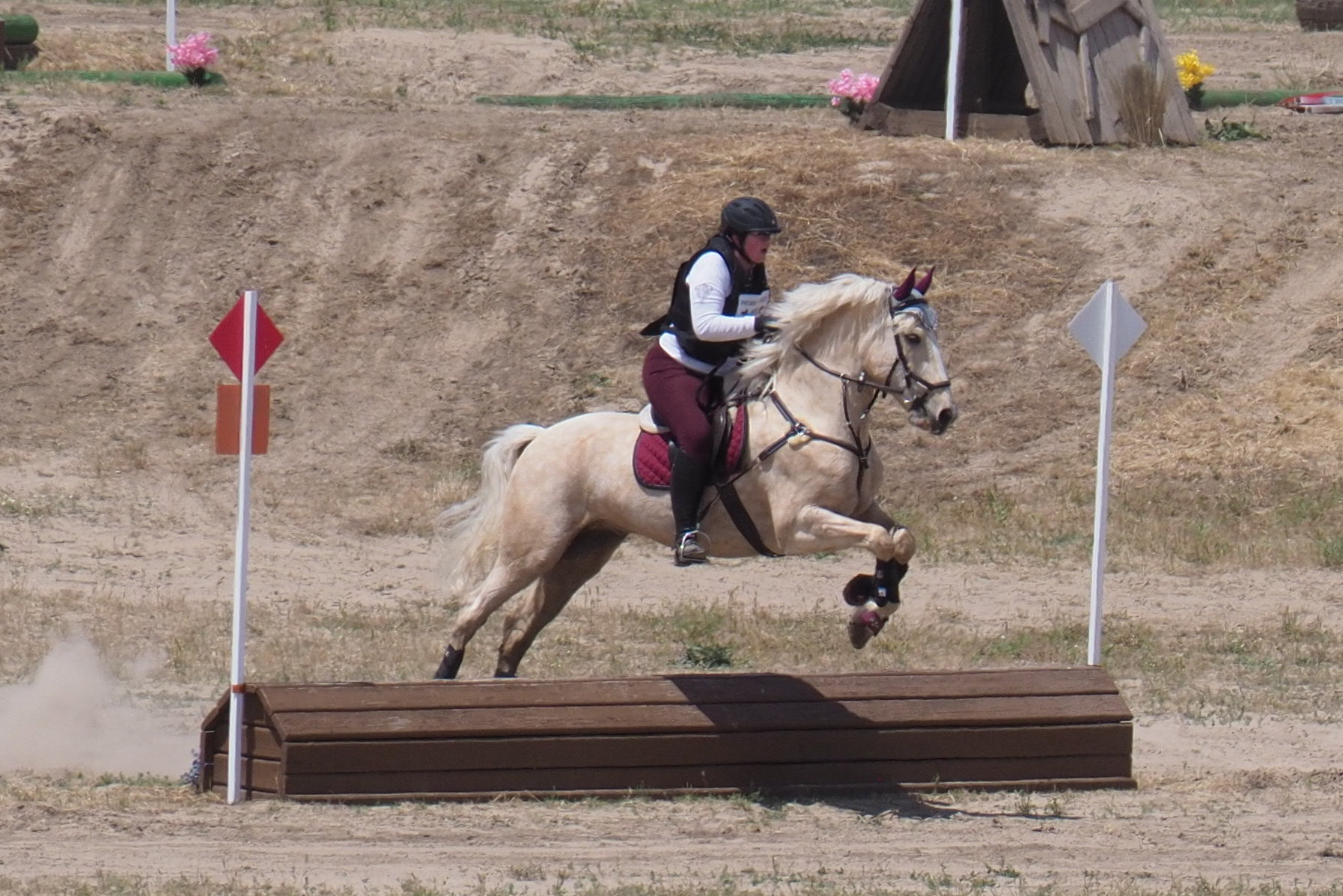 #12 was the jump we had a refusal at back in November. This time around the had removed the scary brush on top, there were no scary shadow monsters, and he’d seen it before. But you better believe I rode him hard to that jump. 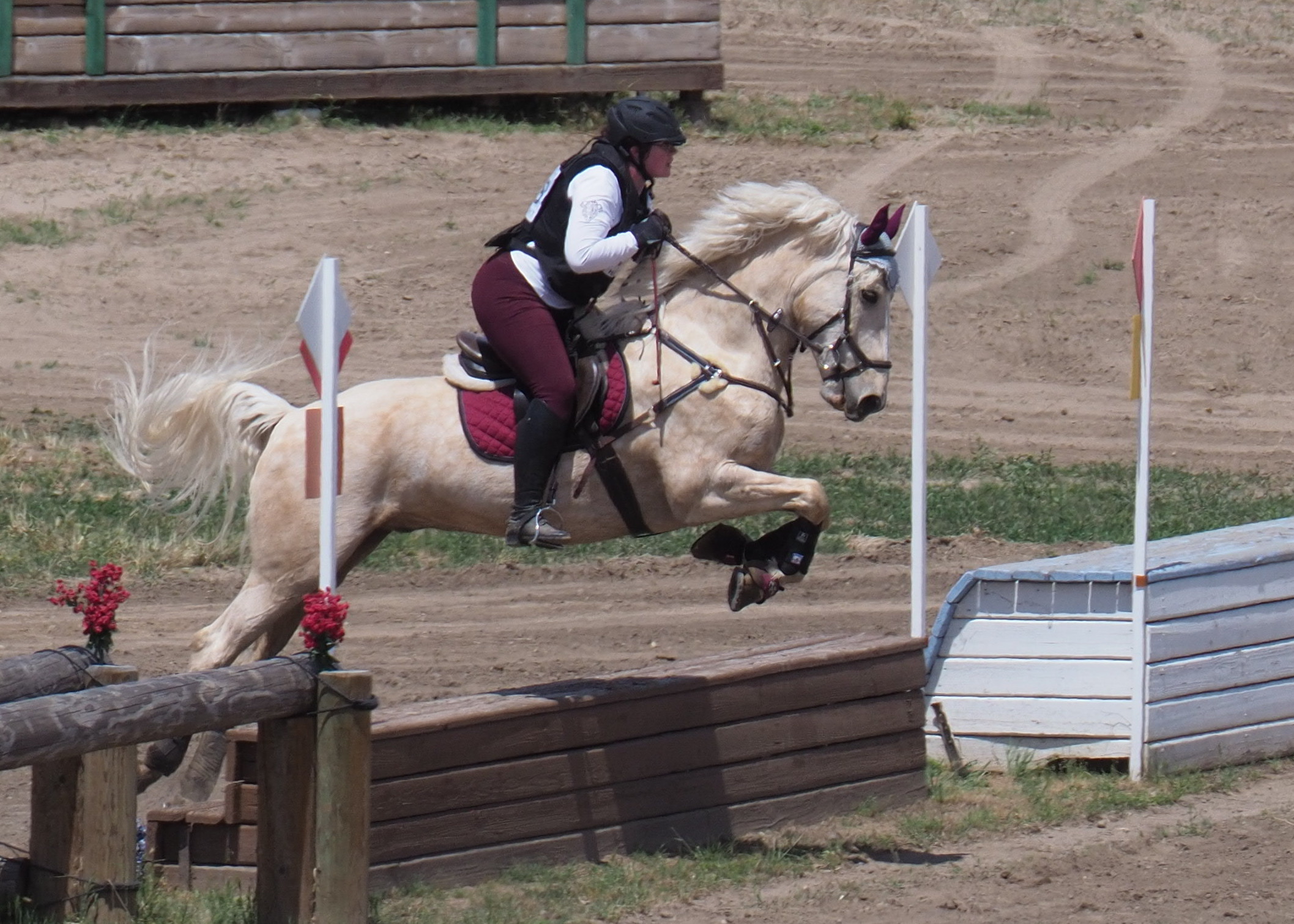 And then – for the first time ever – I remembered that I was supposed to come in before optimum time and I let him gallop up the hill after #12. He thought that was super fun and even came back to me right before #13 and jumped it nicely. 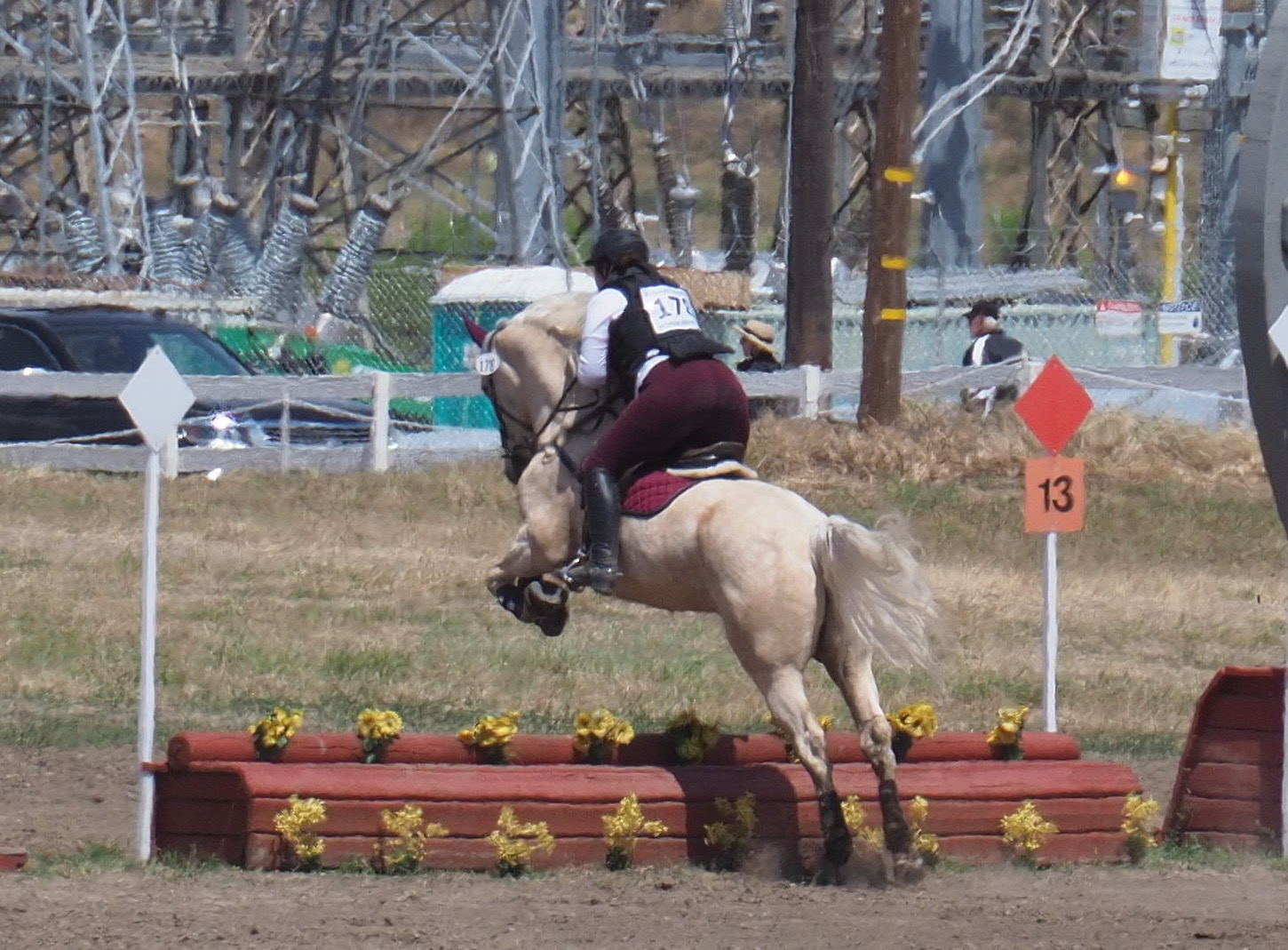 We were double clear. I was really happy to have finished on our dressage score. As a bonus, we even moved up to 8th and beat a former Olympian. So, you know, obviously we’re awesome.

Here are the Helmet Cam videos for both of us.