My husband also started with the 2’6″ Handy Hunter as a warm up round. They started off really well: 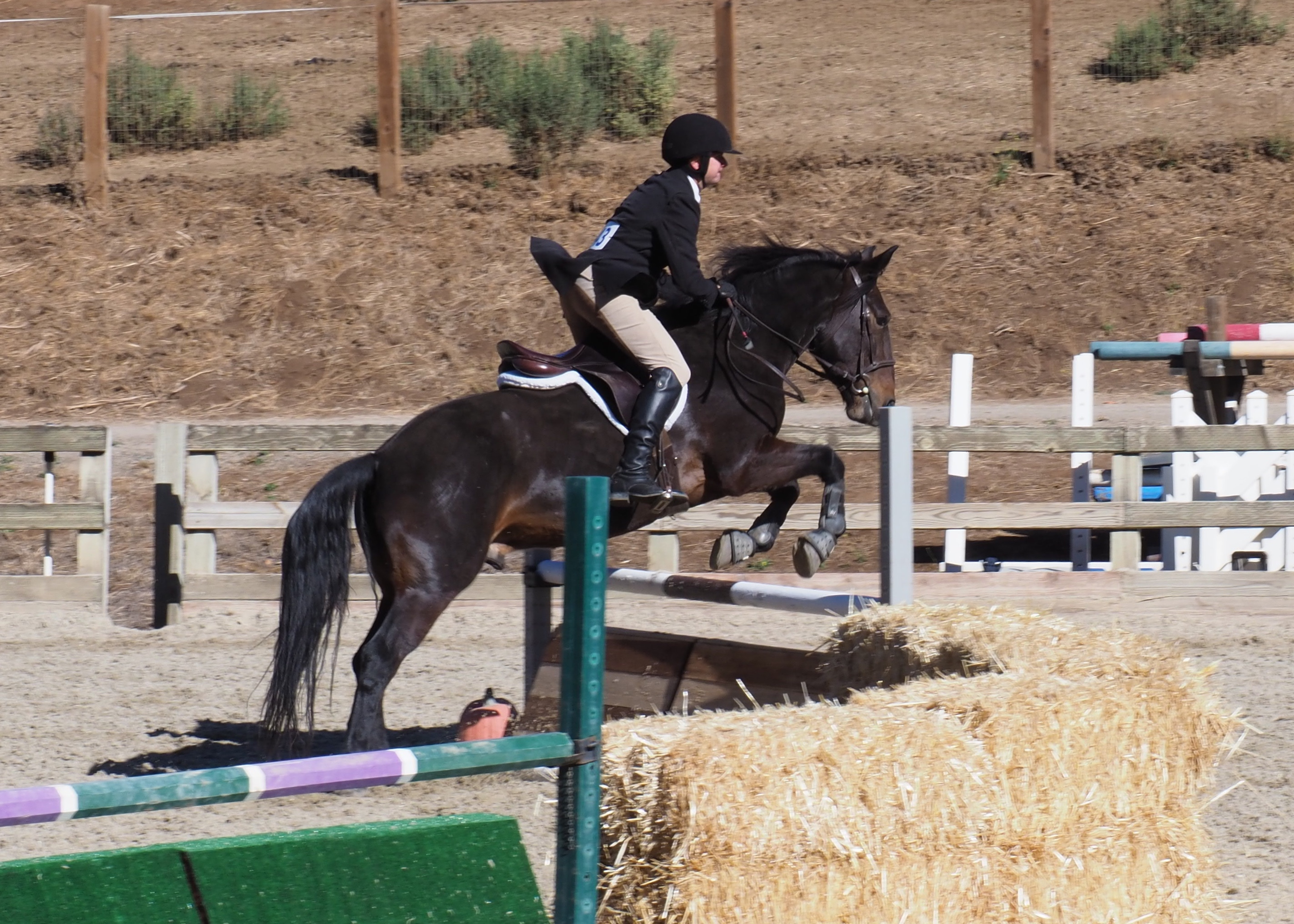 Eugene was even clearing all the jumps and, as usual, totally unfazed by new jumps like the rolltop or astroturf. Sadly, my husband skipped jump #4 and they were rung out after jumping #5. 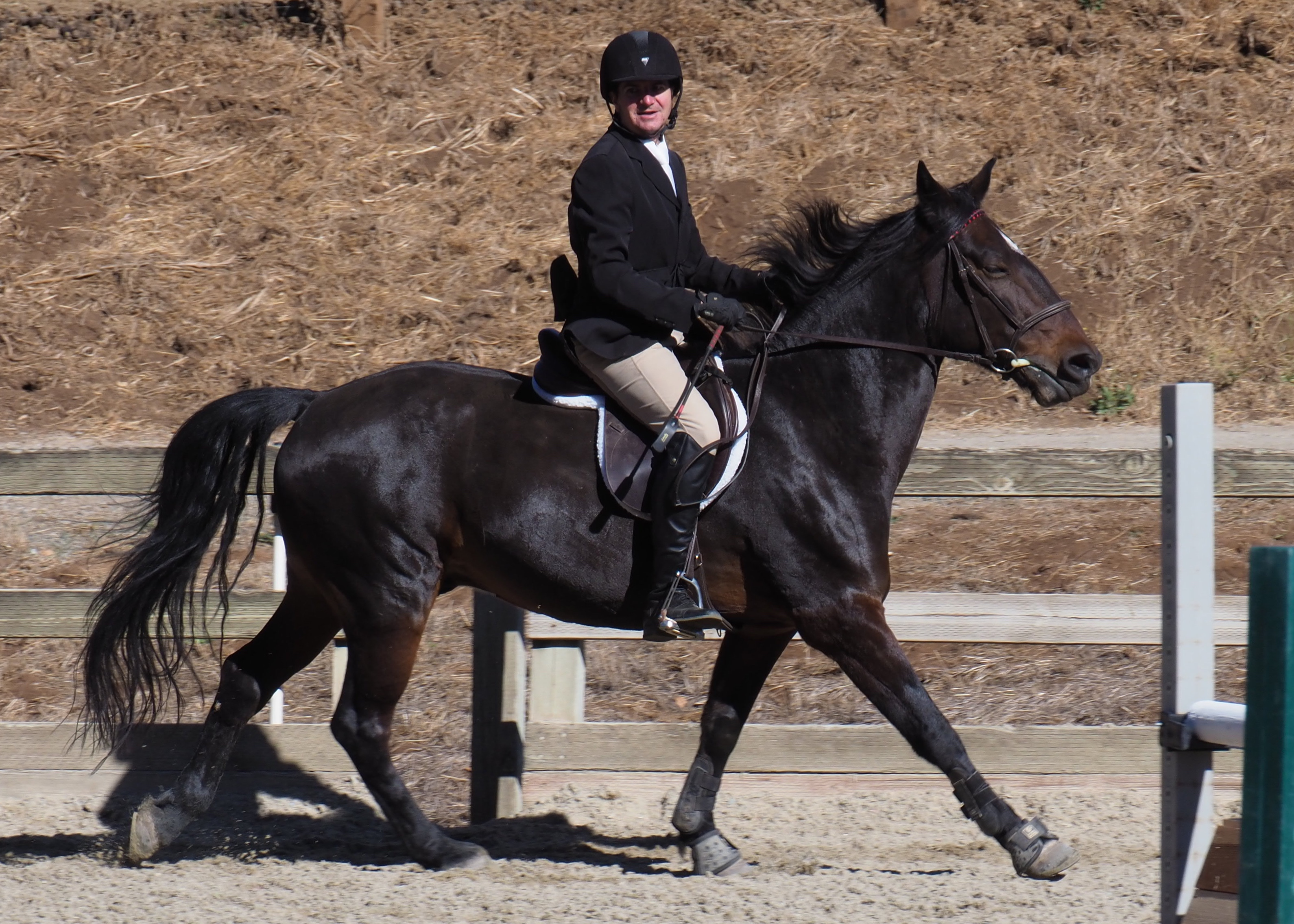 Their next class was the 2’3″ Mini Medal. They actually did really well for them and were clear, but they’re also not hunter riders and they were out of the ribbons. 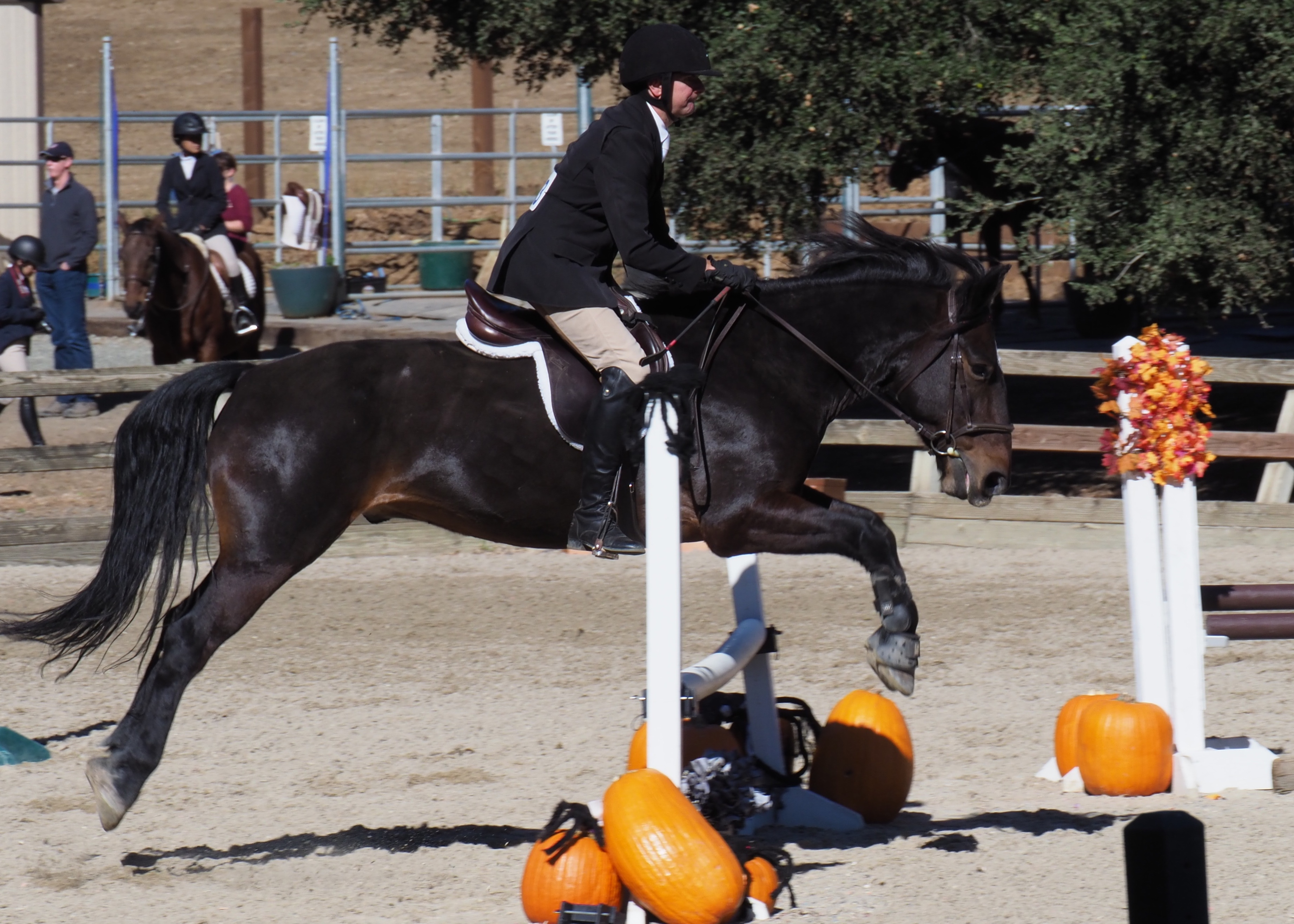 Next up was the 2’6″ Classic Hunter class with 2 rounds. In the first round, they had one pole down and a score of 50. 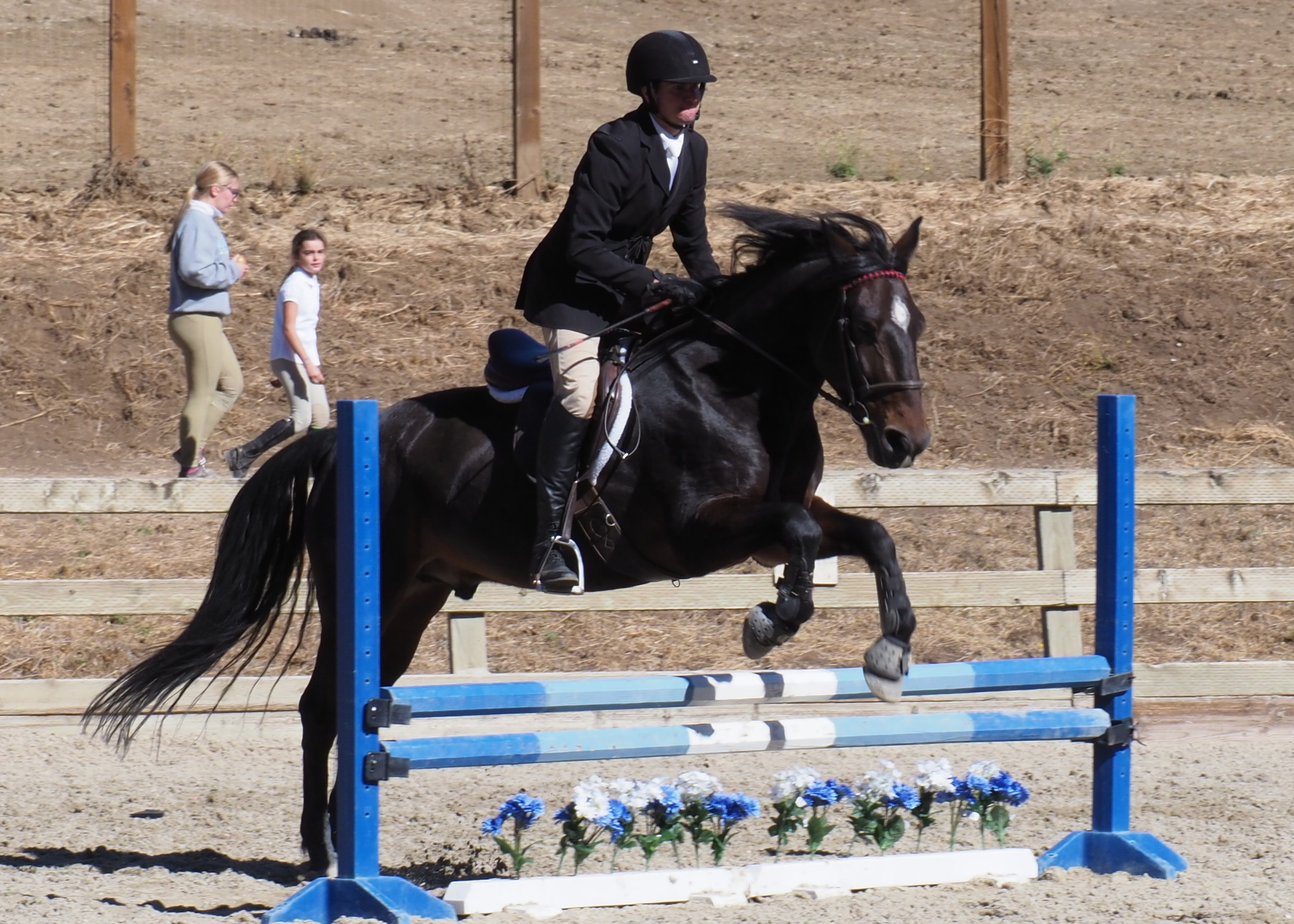 In the second round they also had 1 pole and got the same score of 50. Because I failed to finish my second course they ended up getting third. Although one rail isn’t great, it was pretty good for Eugene. 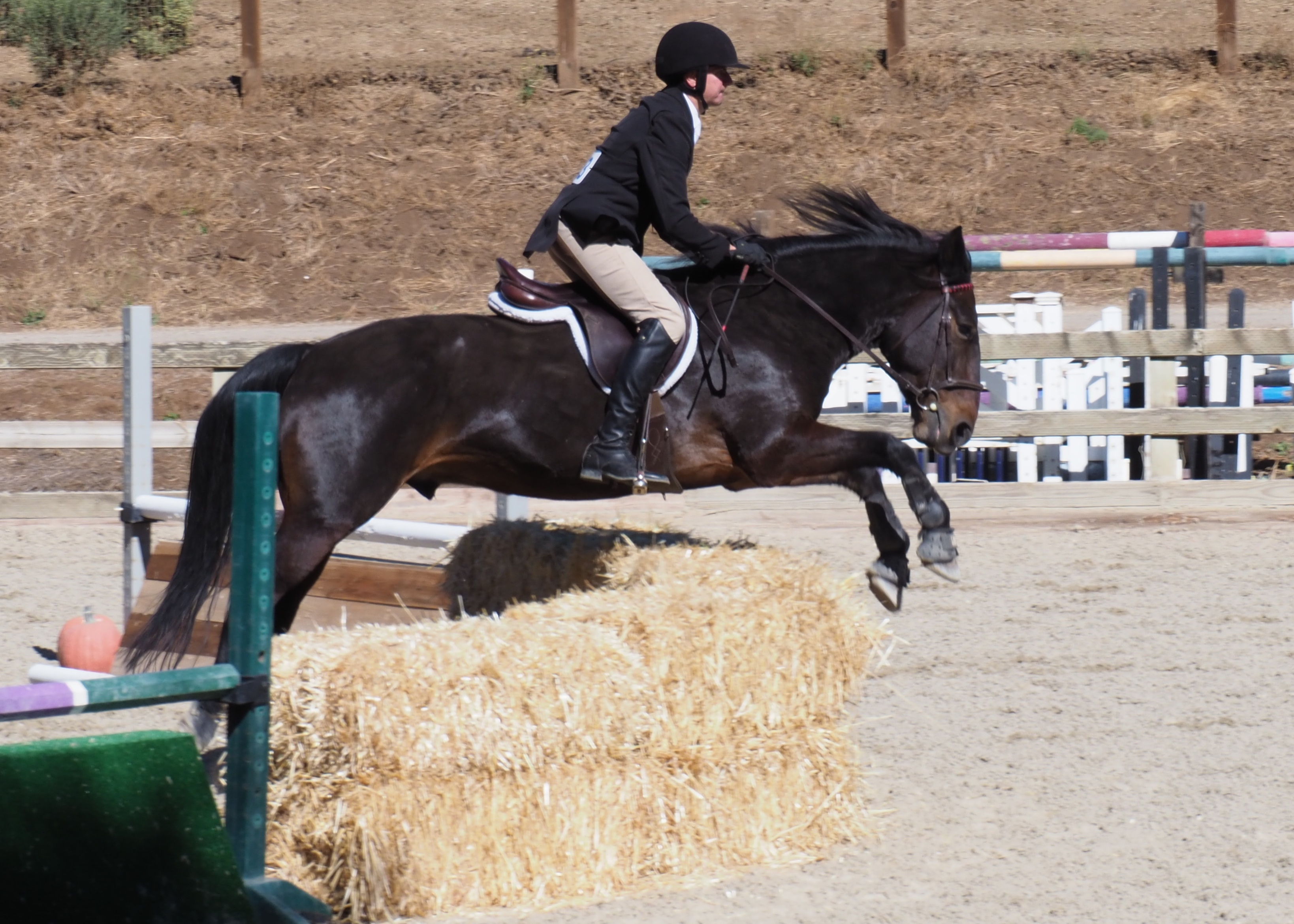 Over the hay bales

Eugene has really gotten so much more chill over the last year. We spent the time between our classes waiting at the gate with kids running all over the place, puppies practicing for the horse and hound class, horses going past all the time and he was totally relaxed. I love this picture of my husband showing me his ribbon from the classic (he was egging me on because I would have been third if I hadn’t forgotten my course) and Levi expressing just how impressed he is. 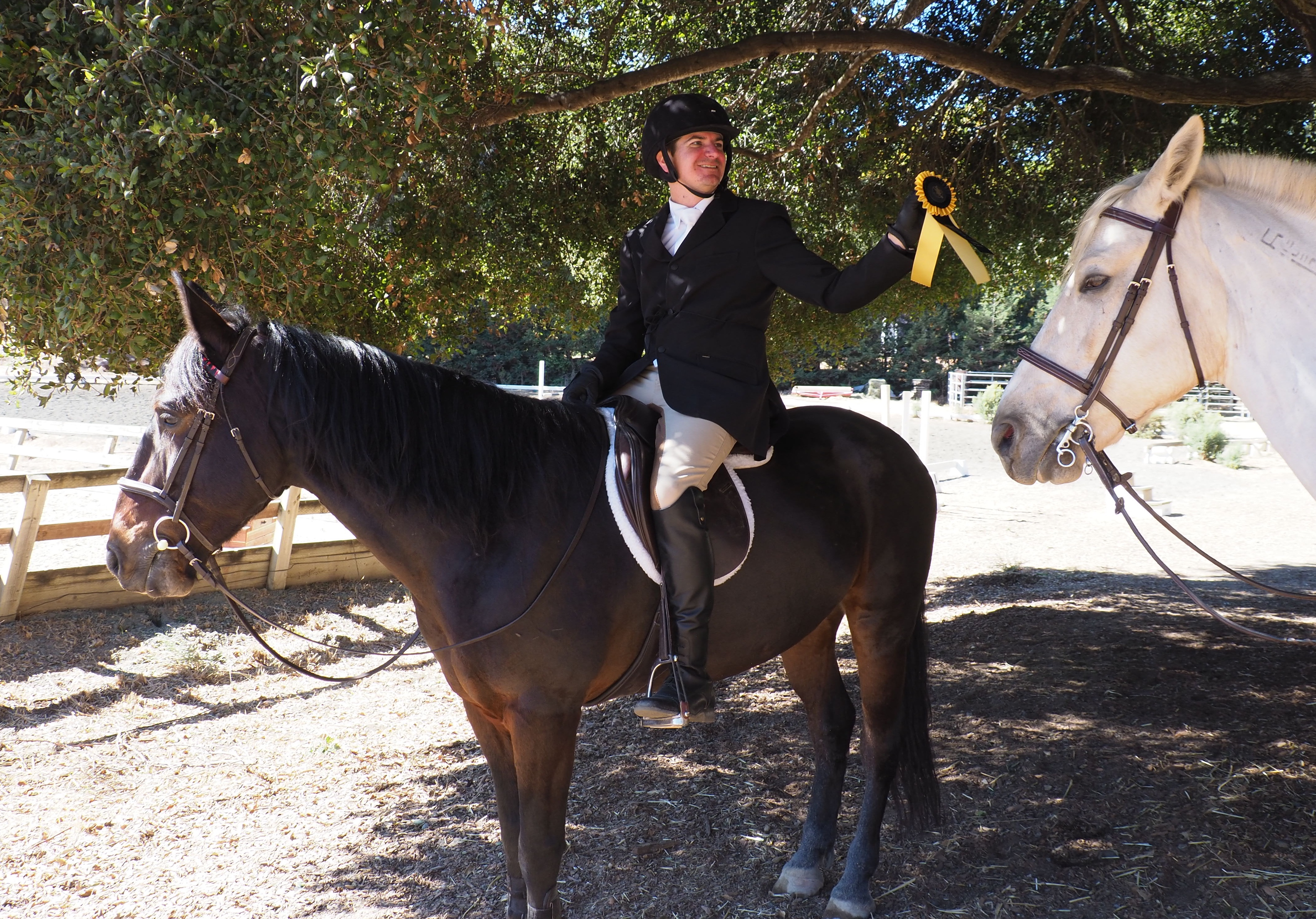 Their next class was the .75 jumpers and they went in and just rocked it. My husband didn’t know there was an optimum time so he was just going for fast and they were fast. 67 seconds (optimum was 78) and clear. Not a rail down even with the speed and the tight turns. 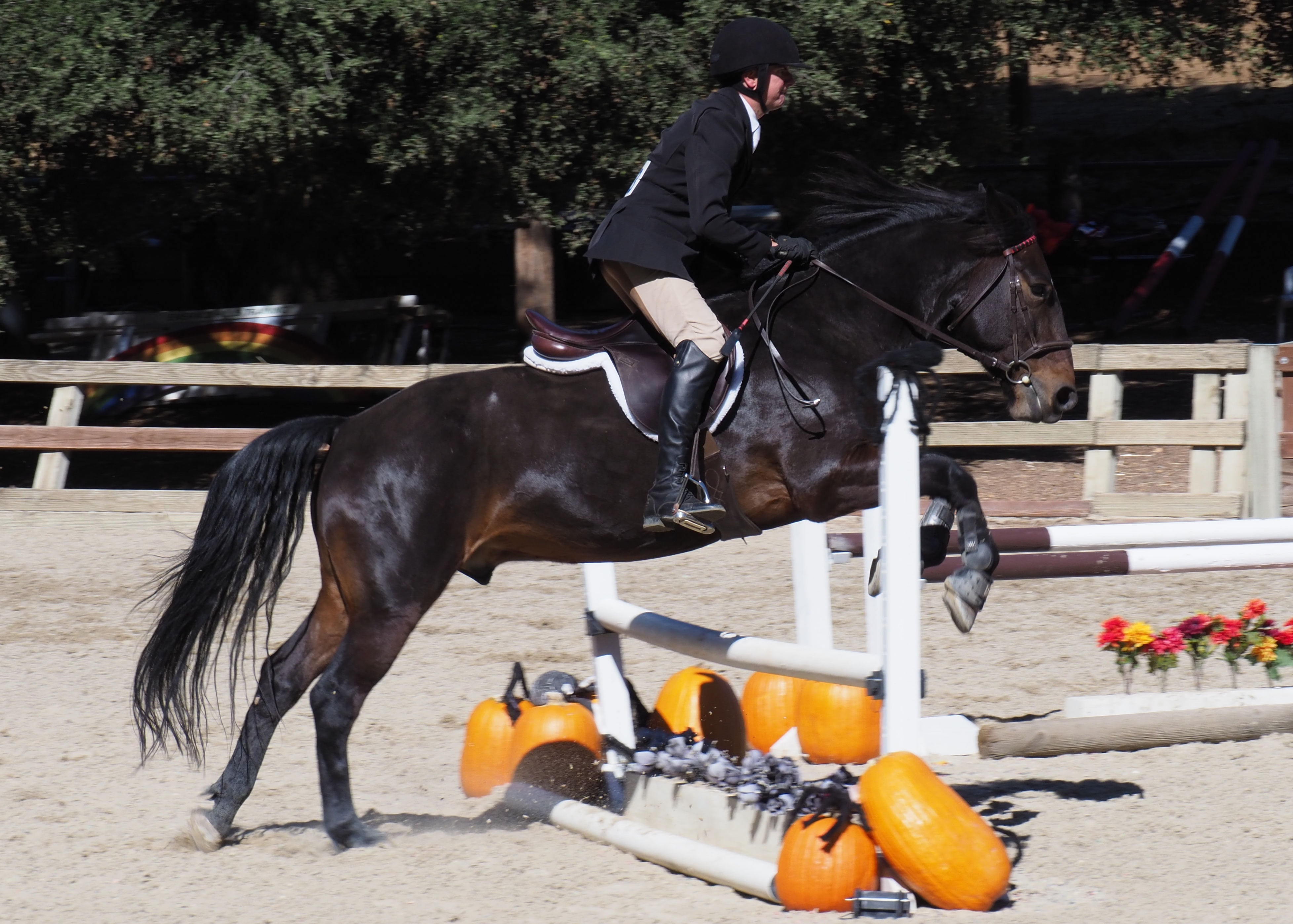 It was really a great round and they ended up getting 1st out of 3. I had mentally written off the possibility of either of us getting a 1st place so I forget there were prizes for 1st until later that night. The prizes were socks! Dammit. 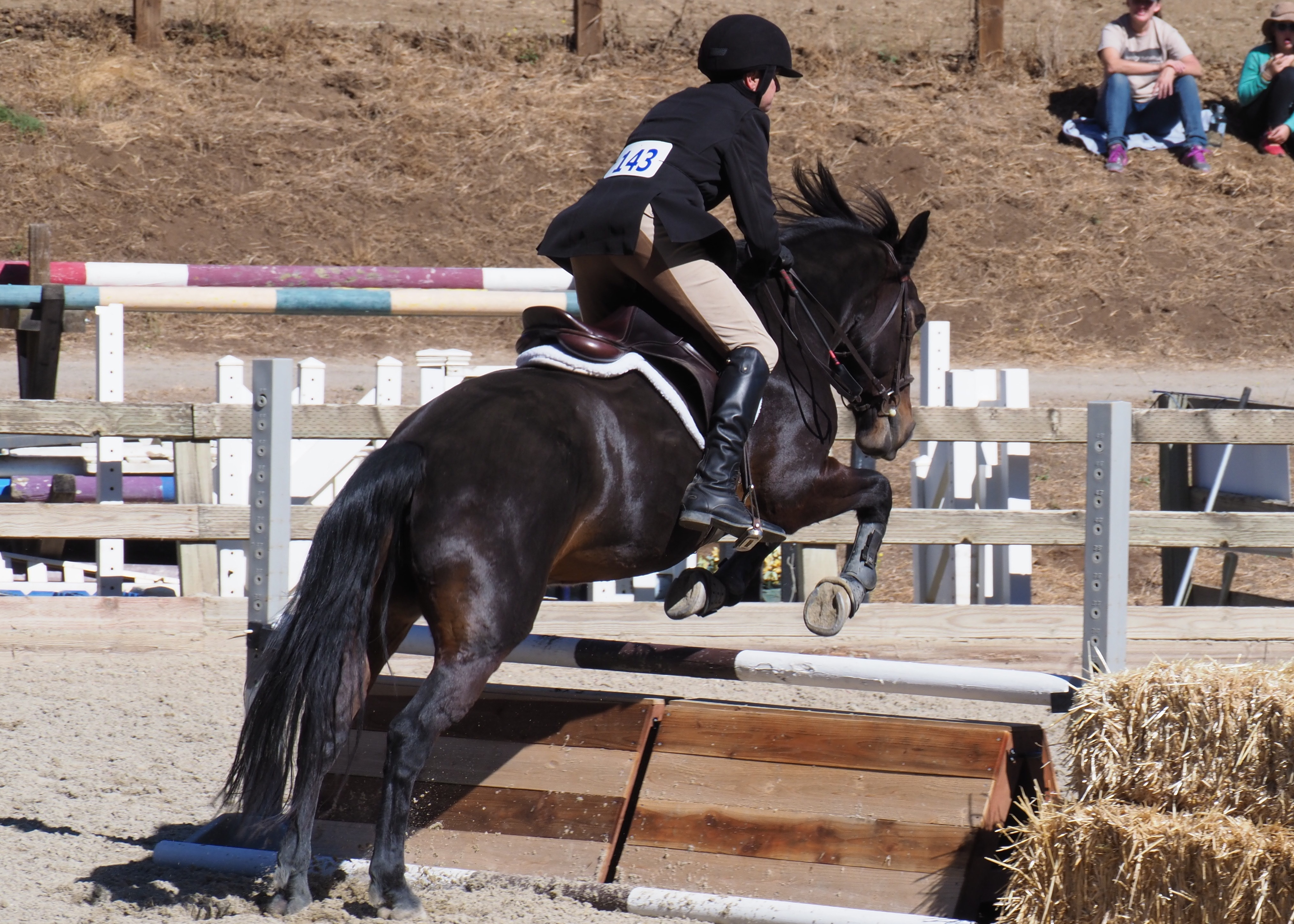 Their last class was the .85 Jumpers. I warned my husband to really get after Eugene about the first jump. He often gets used to the height of jumps and knocks rails when the jumps get raised. My husband already had the same idea. So they went in and did this: 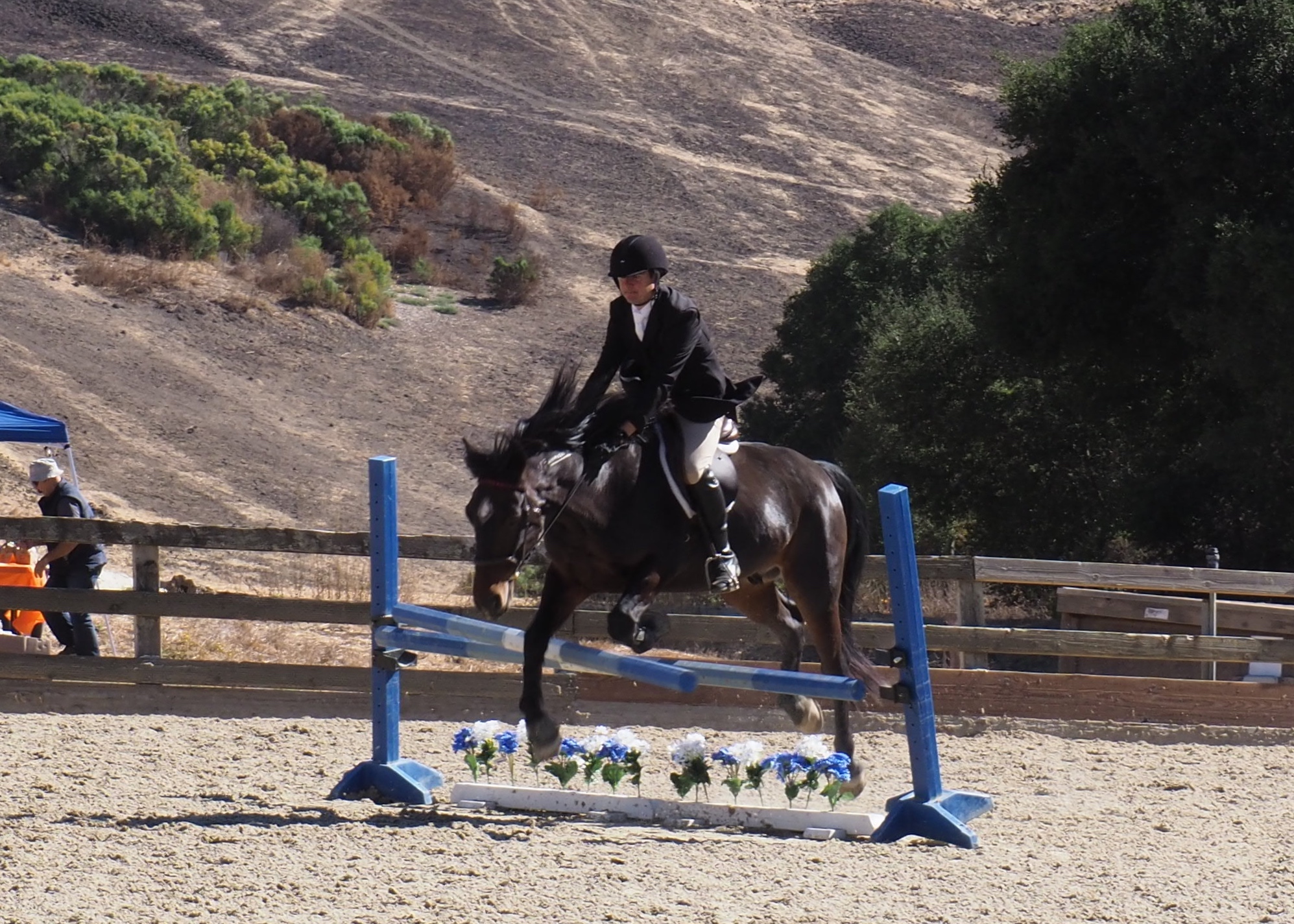 Eugene was like, whoa, that pole wasn’t up there last time. They took out the entire jump.Poor guy. Since I was done showing at this point, I had taken over the camera from a friend who had come to volunteer at the show and ended up playing photographer for us. Sadly, I am not good at using the camera and all of my pictures suck, which is a shame because the rest of the round went pretty well. They did have one more pole, but ended up 3rd out of 4. 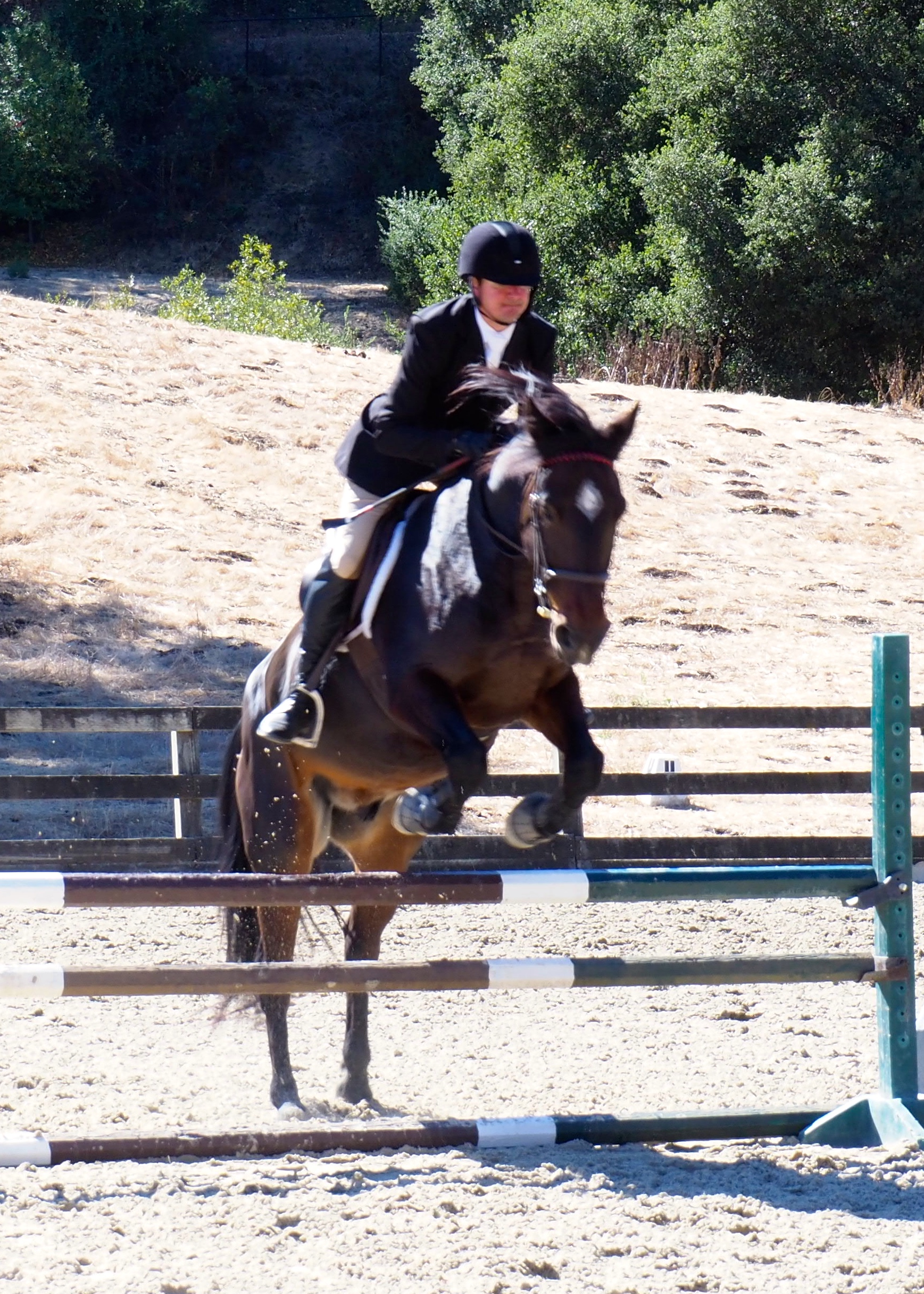 Overall it was a great day for them.at the show. They had a lot of fun and did really well.