It’s been about 3 months since the last chiro appointment for the horses so it was about time to have them seen again. The difference in the way they go after a chiro session is so noticeable that, if I had a ton of money, I’d get them done once a month. Sadly, I am not that flush so I try to manage about once a quarter though I will do an additional appointment if something really seems wrong. Nilla needed chiro work more often because she contorts herself throwing tantrums, but I’m not getting her adjusted while she’s living the pasture life.

Levi is still lame so I was kinda hoping the chiropractor could magically solve that for me. Sadly, there was no luck in that. Our chiro is a vet so she took a look at him for me and noted the lameness, but couldn’t find anything that might be causing it. He needs to go in for further examination and I had an appointment for that, but then our truck decided to stop working, so I’m not sure if that’ll happen.

I really like the score sheets this chiropractor gives us and comparing this visit to the last visit.

Woo hoo. Months of Tri Amino and exercise have had results. We also resolved the slight hind end lameness (she saw him just before his hock injections).

As for chiropractic work, he was out in a bunch of places, though not a lot of the same places as last time. I don’t know if that’s good or bad. To me it feels good since it’s not consistently the same thing wrong, which makes me think his riding/training isn’t causing a particular issue. Nilla was ALWAYS out in the poll and jaw which was entirely unsurprising given her behavior.

Levi had restrictions at his poll, in his mid and lower neck, his sternum, several ribs, and two lumbars. 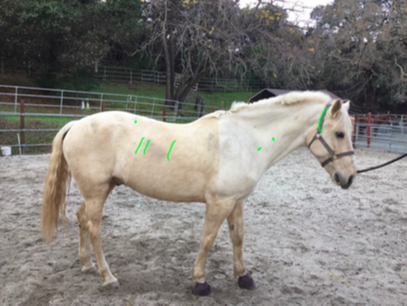 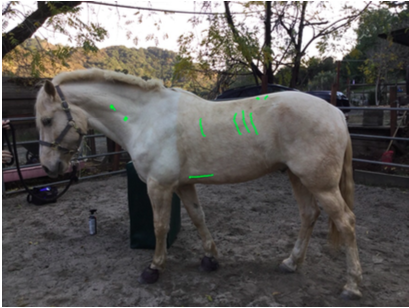 Eugene was up next and he was in better shape for this session than last. He needed fewer adjustments and the adjustments seemed easier. His stifle has recovered a lot from the injury back in the spring though he was out in his pelvis again. 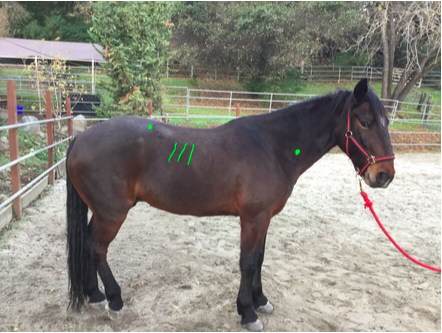 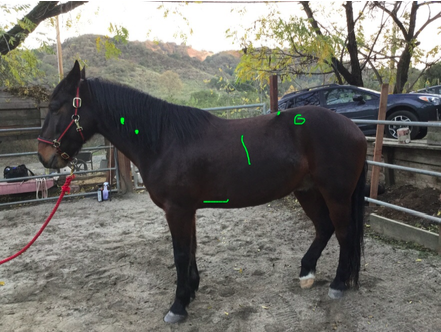 Eugene was also much better behaved this time. He still does not like strangers touching him, but he was a lot more relaxed this time than last. He wouldn’t let her get up on her block to do his right side, but she was able to make those adjustments from the left. And this time he even tolerated the acupuncture needles. He was so relaxed, he just hung out while she worked on him for a lot of the session . He only needed my husband holding him for the block and acupuncture parts. 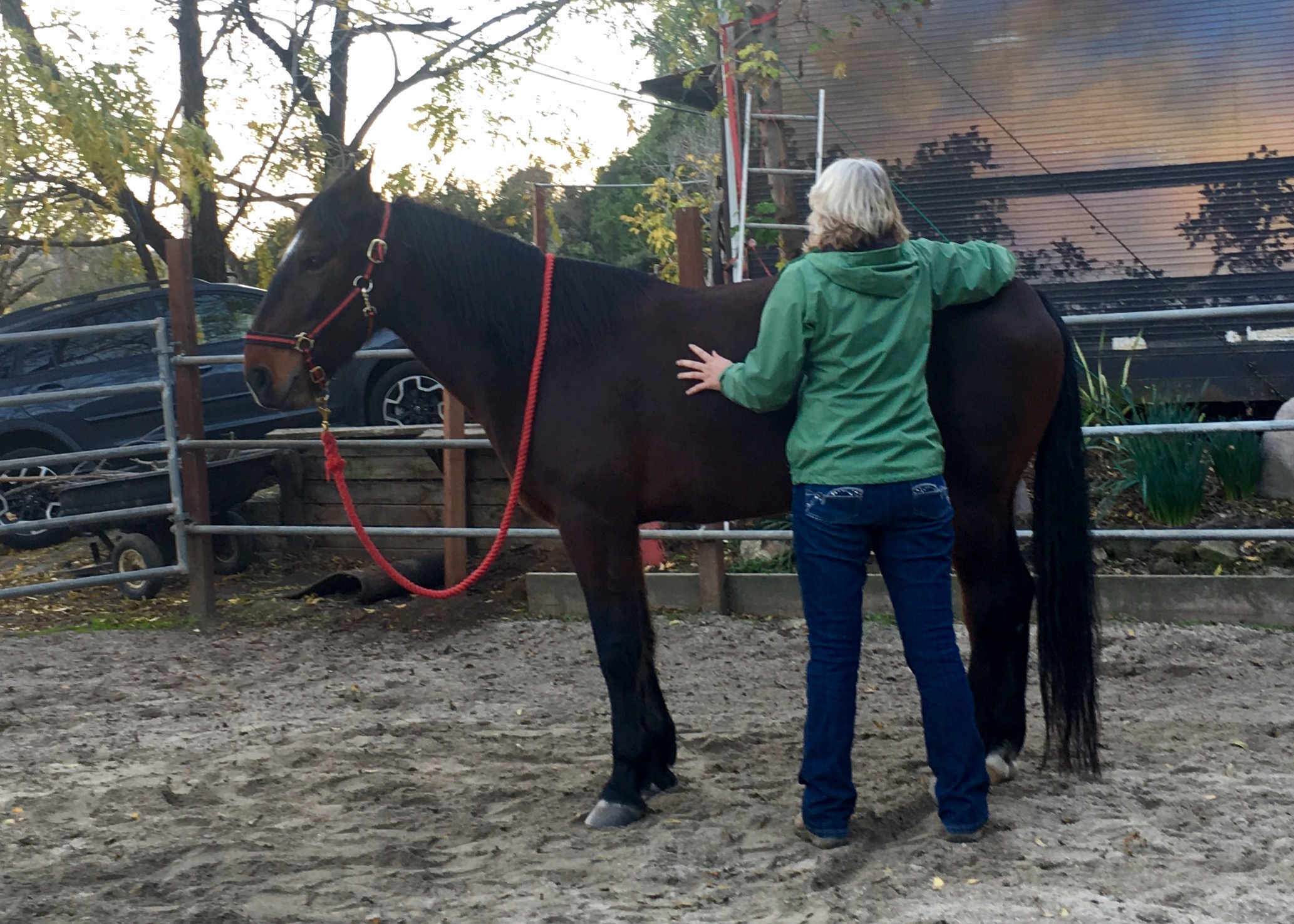 He was definitely keeping his ear on her though

Although it would have been nice if Levi could have been fixed from this session, I didn’t really expect that. My husband confirmed that Eugene felt better for his lesson the next day. I’m sad I wasn’t able to ride Levi afterwards as I always really enjoy riding after a chiro session.