I’ve mentioned a few times lately that Levi has been really itchy. Well, there’s a reason for that.

When your horse decides that free walk would be a good time to scratch his itches. #horsesofinstagram #blmmustang #dressage #horseshow

Readers may also have noticed that I shaved Levi’s mane off a few weeks ago. A few people have even commented on how great he looks without the mane (thank you), but it wasn’t actually something I wanted to do. I really liked his long, flowing mane. Unfortunately, he basically itched so much of it off that I had to roach it.

After our trip in July, I returned to find that Levi had ripped a few chunks of his mane out. I was upset, but figured the missing sections were small enough, I could braid around them and let it grow back. 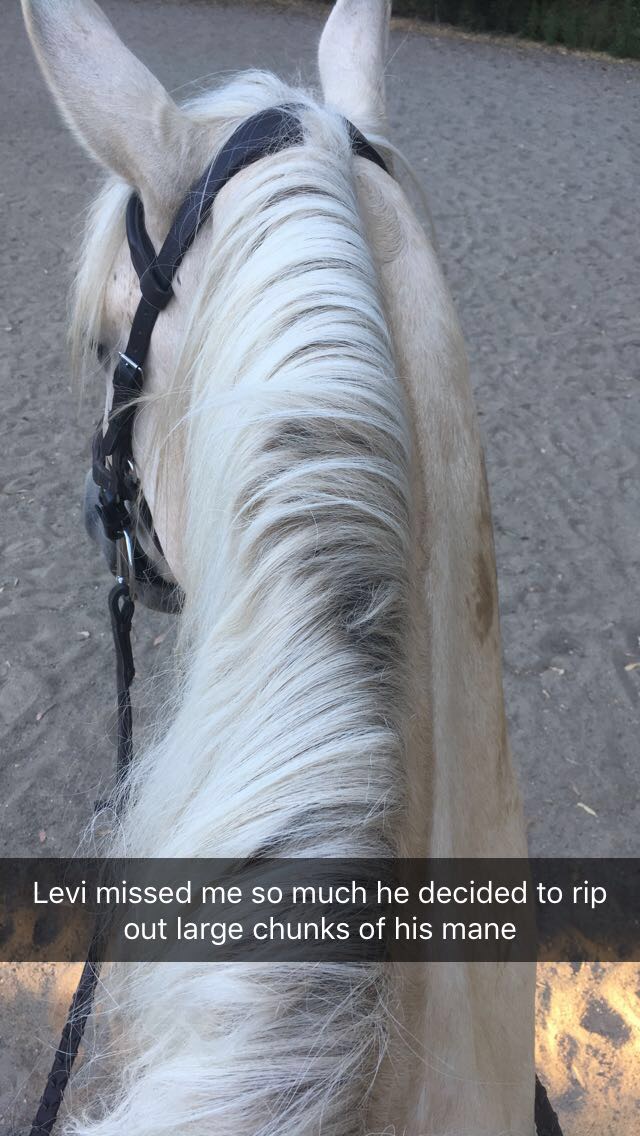 Unfortunately, time wasn’t helping it grow back in. Instead, it was getting worse. I started finding chunks of mane ripped off in his pasture. 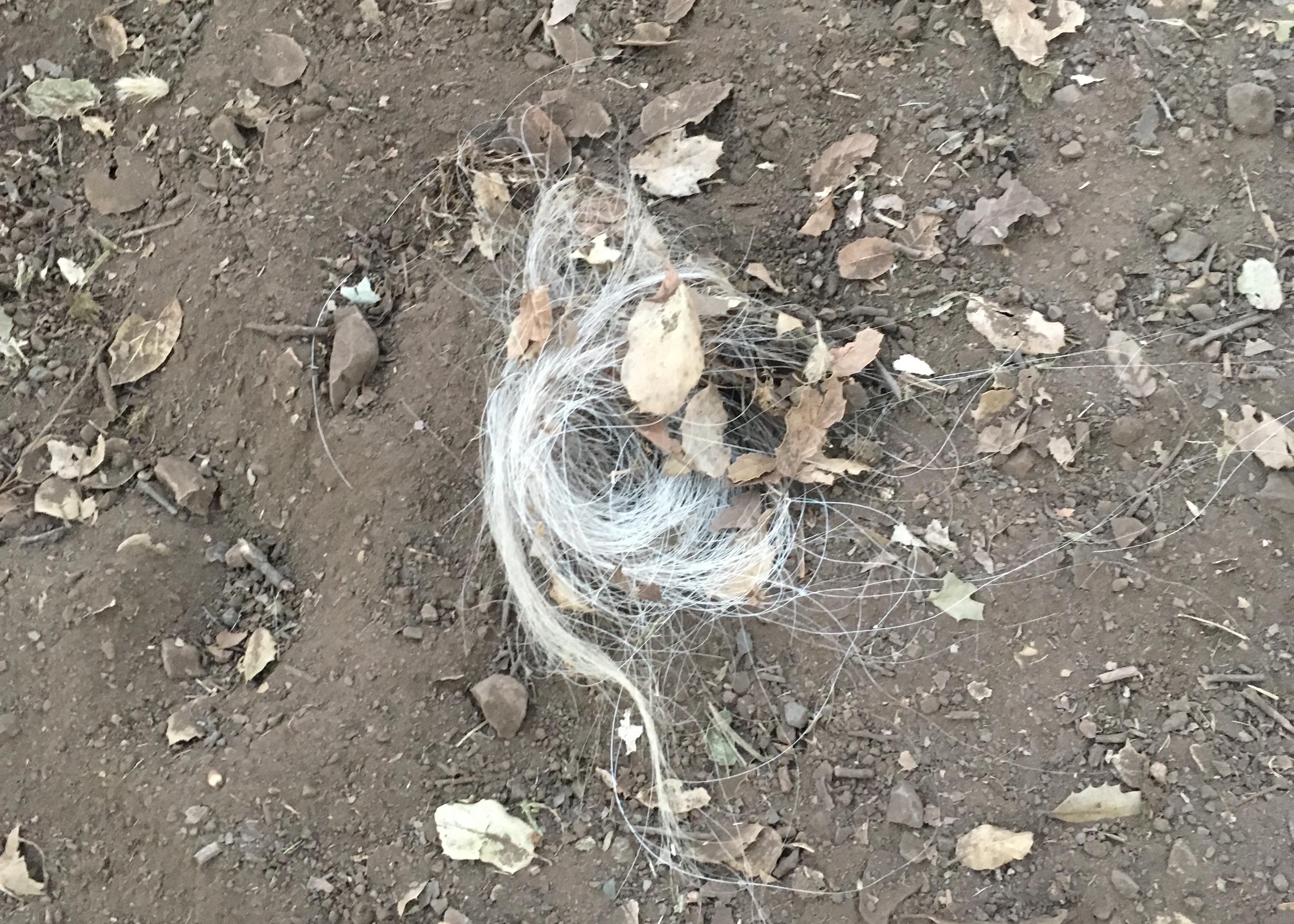 He was also getting increasingly freaked out about having his mane or neck or even his body touched. He would whirl around while tied up and try to attack his body if a fly dared to touch him. When I first brought him home, he had a similar reaction to flies, but he has calmed down considerably over time. The reaction to me touching him was new. He started seeming really miserable. Like his entire body itched and everything just sucked for him. 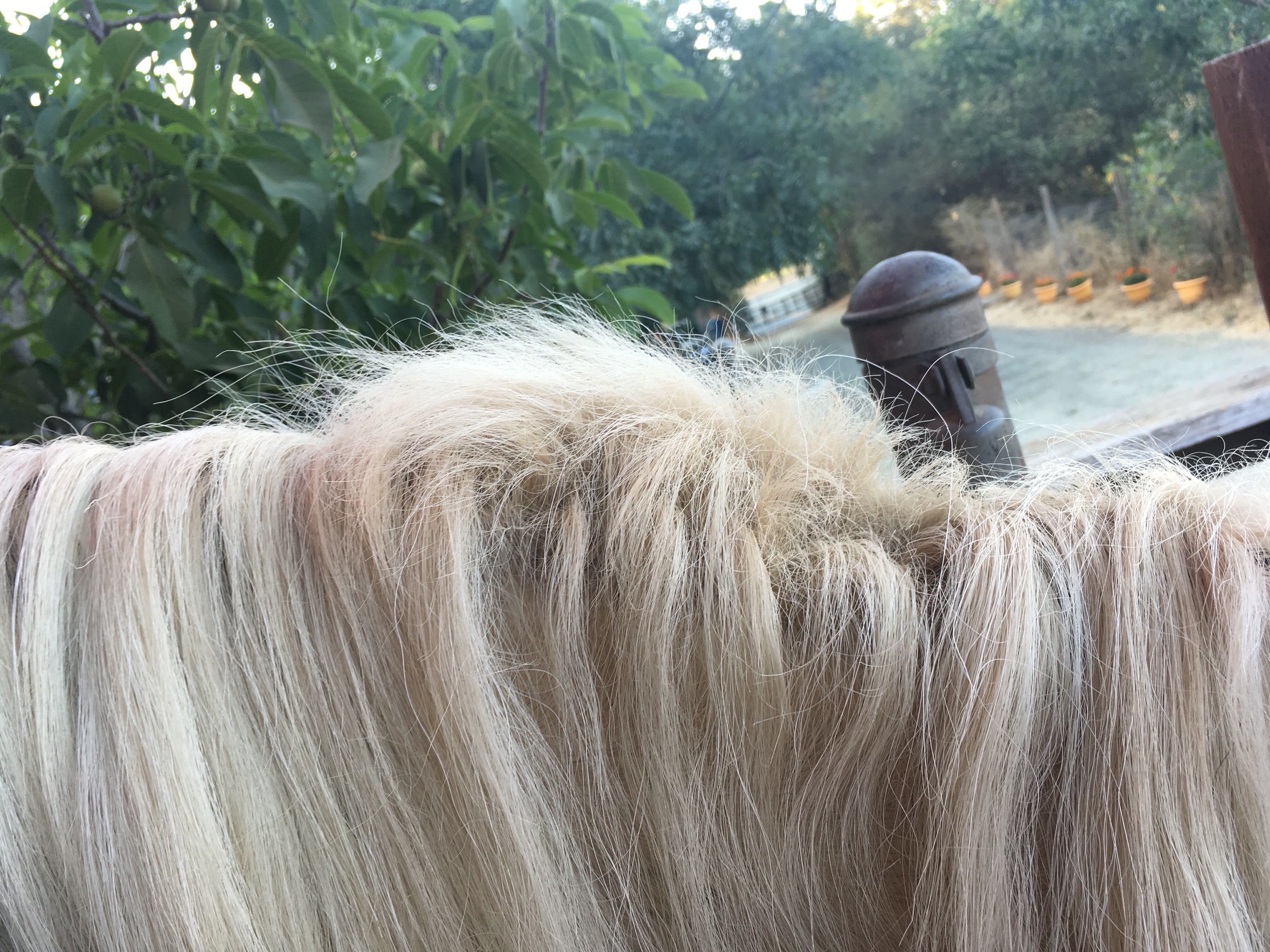 It turns out his entire body did itch and everything really did suck for him. Poor guy has Sweet Itch, which is an allergic reaction to the bites of Culicoides midges. These midges aren’t flies and they’re not effected by fly spray or any of the fly prevention methods our barn uses. They prefer to breed near water and our barn is across the street from a reservoir so there’s no escaping them. 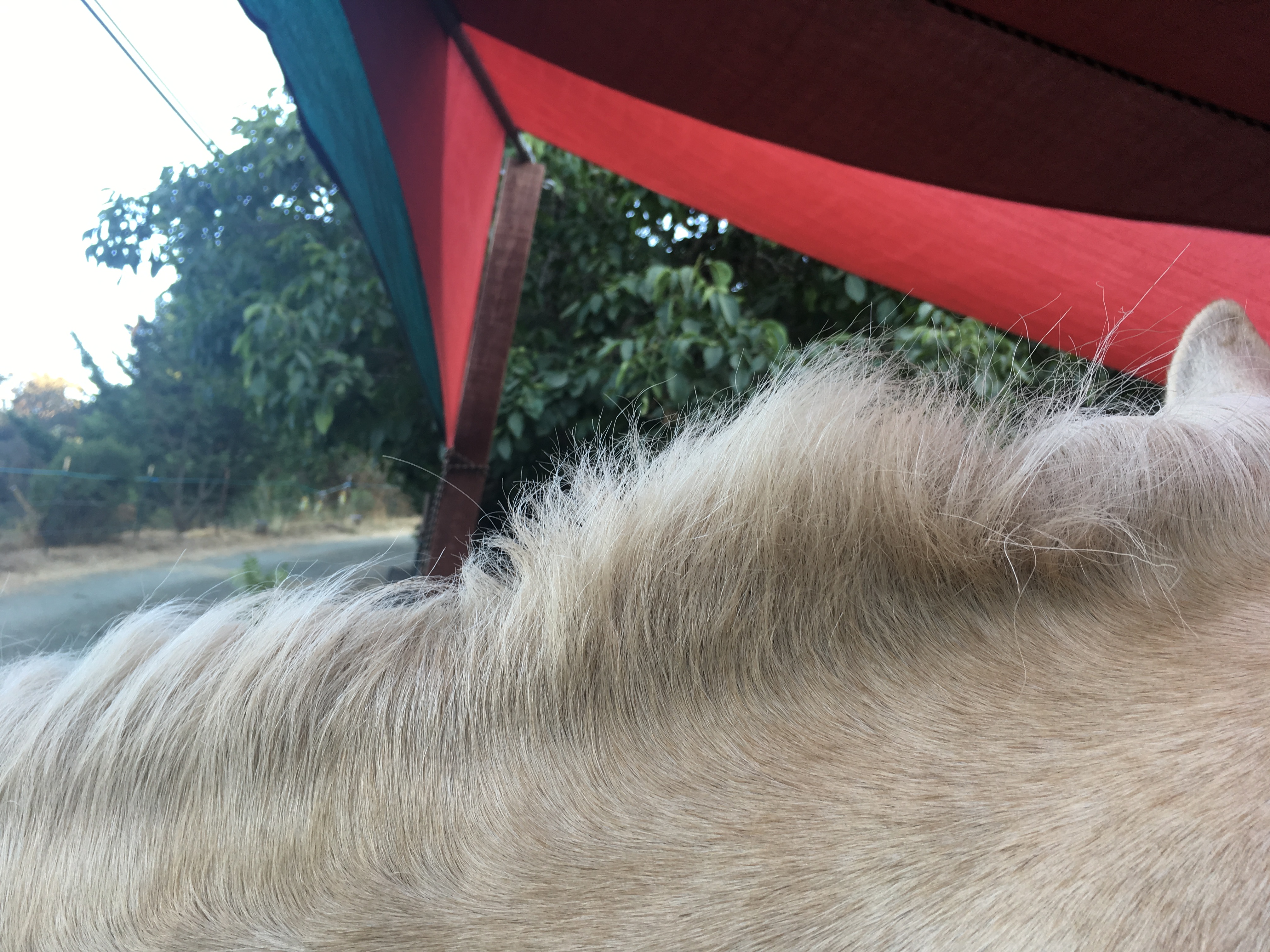 Once I knew what the problem was, I could actually work to solve it. I got him some special Sweet Itch cream, added allergy medication to his feed, added Omega Oil to his feed, upped his BugLyte, and started spraying him with OFF and Repel Lemon Eucalyptus Insect Repellent Spray – both of which only work a little bit on the midges, but are better than the zero effect fly spray has.

Sadly, it took me so long to figure out what was happening that he’d already destroyed too much of his mane to save it. I could no longer braid around the missing sections and parts were sticking up unevenly. I decided to roach him. 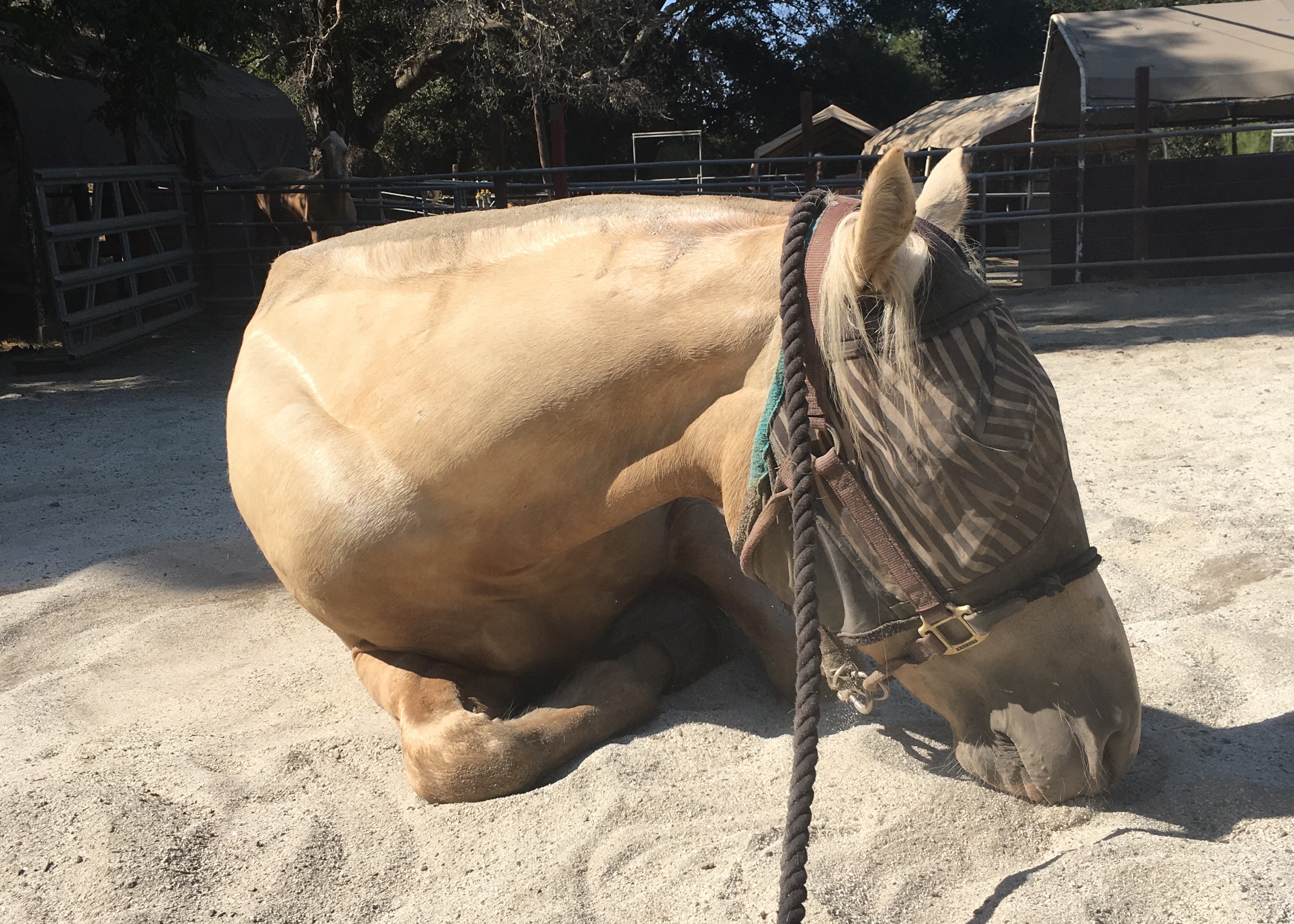 While the roaching really made me sad – I loved his long mane – it did have the added benefit of making treating the itch a lot easier. I could shampoo and scrub his neck easily and rub the cream into his scalp without it getting stuck in the hair. It took a few days, but he went from freaking out about anything even touching him to loving having me treat his mane since I would itch it for him while scrubbing in the shampoo and cream.

He’s still itchy, but he’s getting a lot better. Hopefully the coming cold will kill all the damned midges and he can recover over the winter. Apparently Sweet Itch is a lot easier to treat if you catch it early. You can’t really cure it, but you can prevent the symptoms if you can keep the midges from bothering them. So next spring we will be on top of it. I’ll probably order him a sweet itch sheet even though I am sure he’ll destroy it just like he destroyed all of his blankets over the winter. And we’ll be pre-emptively treating with allergy medication, feed additives, and sprays that actually keep the midges off. 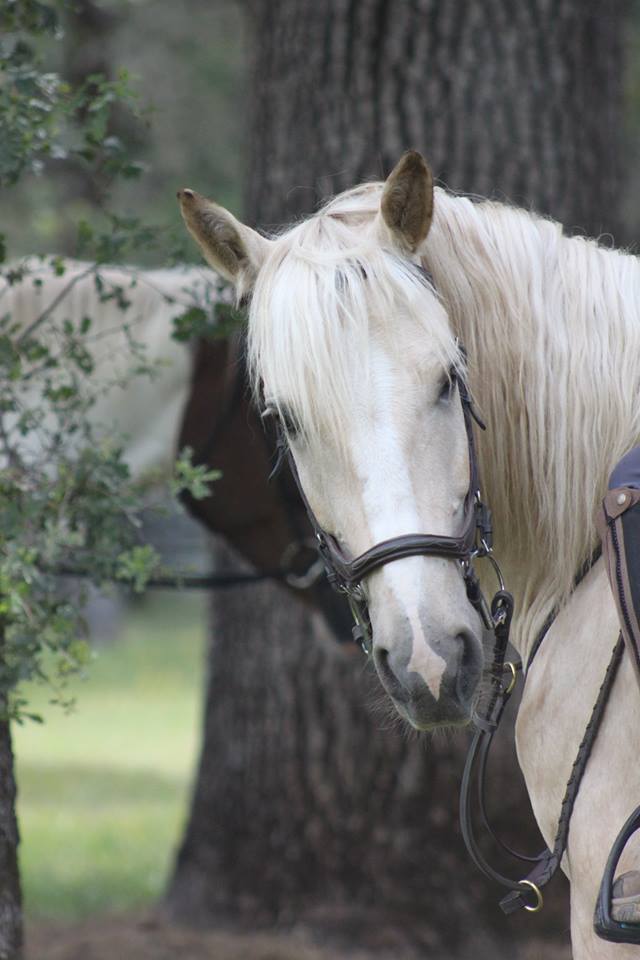 Has anyone else ever had a horse with Sweet Itch? Any treatments you tried that worked especially well? Although he’s doing a lot better, I’m open to new ideas.