I’m sort of lost. My trainer wants me to go to Woodside for a big rated show held there in August. While I am sure this would be a lot of fun and I doubt we’d seriously embarrass ourselves at Intro, I’m just not sure that I want to spend that much money to do Intro at a real show. It’s not so much that I can’t afford it, but that the money would be better spent on other things – like a dressage saddle that actually fits both of us. 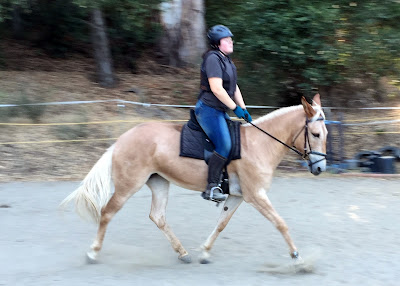 At the same time, as I think about not doing the show, I find myself trying to come up with the incentive to keep progressing. I’ve never been interested in showing before, but now I’m having this feeling like, if I’m not going to a show, I might as well sit on my couch in the air conditioning because it’s freaking hot out and riding is not fun in the heat. 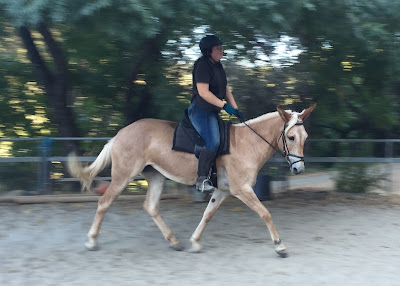 It’s not like I’m 100% going to stop riding. We certainly have goals outside of showing. Like, oh I don’t know, cantering like we’re not a drunk motorcycle. 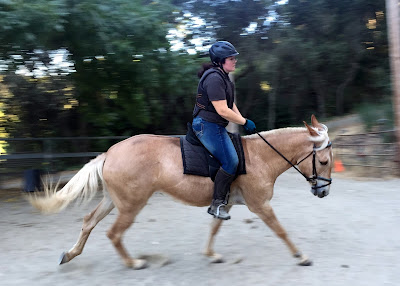 Also, our halting has not gotten any better since the last show. We’re straight from trot to walk, but as soon as we try to go from walk to halt, she steps off to the side. You can see her head even tilts the other direction as I attempt to fix this by pulling. Because pulling solves everything (said no trainer ever).

Part of my lack of ambition is probably due to Shasta being out. I’m used to riding with my husband. While he comes and watches me ride and takes pictures, it’s not the same as riding together. With him not riding, once I get hot and sweaty, I’m like, yeah 20 minutes is enough, time to get off. 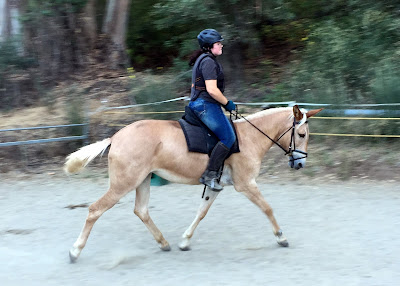 I’m looking for schooling shows to keep me focused. There’s a horse trial at the end of September and a 25 mile ride at the beginner of October. I’m still looking for something to do in August.