I haven’t had very many horses. I didn’t get my first horse until college. I bought one of the camp horses from the camp that I worked at. We rented the horses and they all went back either to auction or to live in a field in Vermont over winter and do camp again next summer if they happened to survive the winter. We had one horse show up to summer missing an ear. Apparently he got injured or frostbite or something and he just turned up in the spring minus an ear. I only worked at that camp for one year because I couldn’t be part of those conditions. 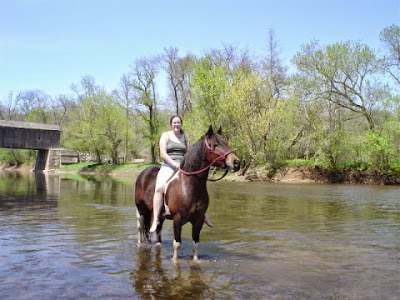 I knew I needed to own this horse at first site. Literally, she walked off the trailer and I was like, mine. Despite being poor and still in college, so still accumulating debt, I bought her. I only had her for about a yeah and a half before she had to be put down. She died from what the vet thought might be bastard strangles. I couldn’t afford an autopsy, so they never determined for sure what was wrong. 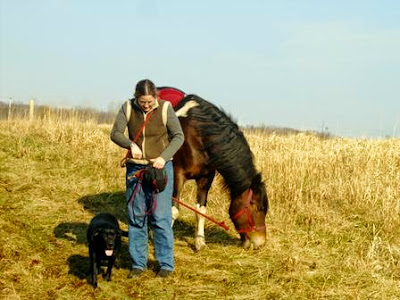 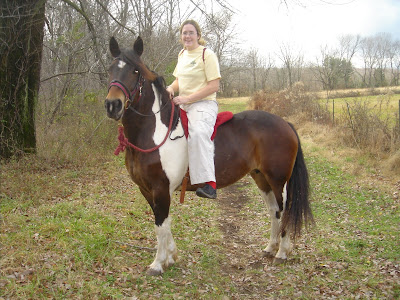 The getup above isn’t literally how I rode (I also used to not ride with a helmet; I was young and dumb). For me, she was sassy and mareish. For anyone who didn’t know how to ride, she was a perfect angel. She was voice command trained and I would teach camp lessons by putting her in the front of the line of kids and horses and just tell her to walk, trot, and stop and she would do it. 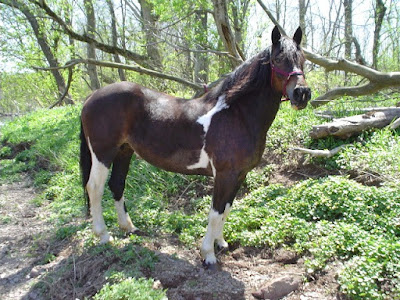 Everyone talks about their heart horse. This was my heart horse. I still miss her to this day. I would sell all of mine to have her back.

I got this horse for free at the same time as my husband bought Shasta. He had been mishandled and I figured I could re-train him. I had done this many times in HS and college. Unfortunately, I had a bad fall and fractured my leg. About a month later, I got a new job that paid a lot more, so I sold him and paid more for a better horse. He was advertised as a Friesian Cross, but I think he was just a grade horse. 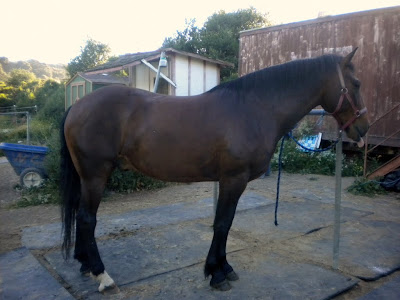 I bought Dijon the same day that I sold Gandalf. Literally, Gandalf left on a trailer and Dijon arrived about 20 minutes later on another trailer. I had been having trouble finding a horse I liked in my price range and figured I’d get Dijon so I’d have something to ride over the summer while I kept looking and then I’d resell him when I bought another horse.
4 years later, I still have him, and I’m pretty sure I always will. I’d actually like to sell him. Not for me, but for his own sake. He’s sound and likes working, but isn’t allowed to do anything fast or do a lot of hills. There are nothing but hills around us and so he doesn’t get to do very much. He’d be better off living somewhere flat with someone who wants to just trail ride occasionally. But I don’t trust people enough and worry that he’d end up passing from place to place even if I put a buy-back into the sales agreement. 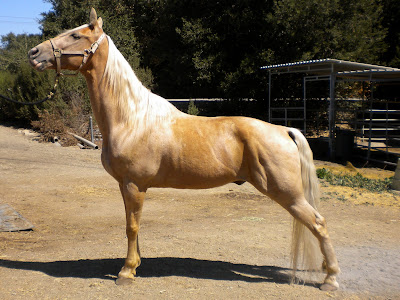 Dreamingofaprince was a OTTB I adopted from a rescue. She had been a broodmare following racing and I worked on retraining her for riding. She did well with the retraining, but she never liked living in a stall with paddock. She really needed to live in a pasture or someplace with real turnout. She was gorgeous though. The vet who did her pre-purchase said that everyone claims their TB looks like a WB, but this was the only one she’d ever seen who actually did. 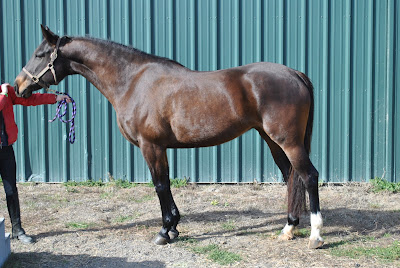 I eventually sold her to a man who had a 15 acre mini ranch where she could live in a pasture with two other horses and be ridden by him. It was the perfect home for her. 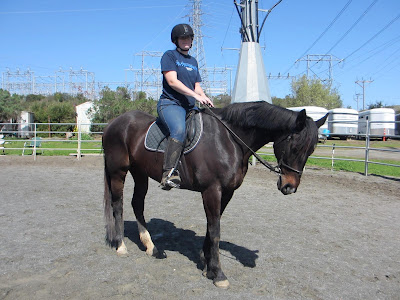 Finnick was an American Warmblood (Friesian x Trakehner x Holsteiner). He was 17h tall and drafty. He was a lovely horse, but I had a very bad fall off him which resulted in my breaking almost all of the bones in my back. This was due to the saddle not fitting him. With a properly fitting saddle, he never did anything wrong. 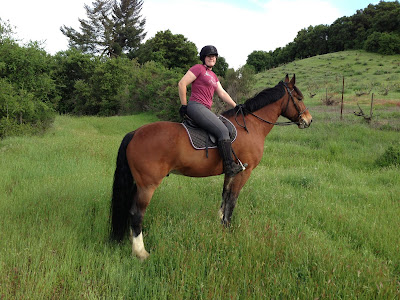 When I recovered from the back injury enough to ride again, I couldn’t ride him. His big, warmblood trot was agonizing to my back. I could handle riding Dijon because he was gaited, but Finnick was painful to ride. It was also nearly impossible for me to get on him. I still have trouble to this day mounting from the ground even with short horses. 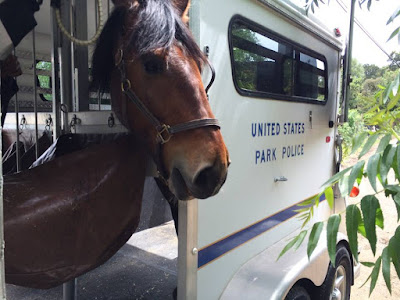 I had to sell him. However, he really liked being a trail horse and everyone who came to look at him wanted to do dressage. I knew he’d be miserable doing dressage. I was contacted by the SF Park police who asked if I’d be interested in donating him, and I said yes. They came and did an evaluation, then took him for 90 days of trial. He passed and became a park police horse.

Now I have Nilla whose story has been pretty well documented on this blog.

Shasta isn’t really mine, but her story is here, if you want to know more about her.