After my friend left the show, my husband and I had two classes left. Thankfully, the show had a photographer, so I do have some pictures to share. All pictures are picture credit to Melissa Lam.

The remaining classes were games classes: Egg and Spoon and Water Relay. To top it off, my husband and I were the only ones signed up. A volunteer actually came over and asked if we still wanted to compete if it was just the two of us. And I was like, hells yeah.

First up was Egg and Spoon. My husband and I were debating before who would win this. Nilla actually neck reins so I had that advantage, but I am horrible at hand-eye coordination. So keeping my egg seemed unlikely. 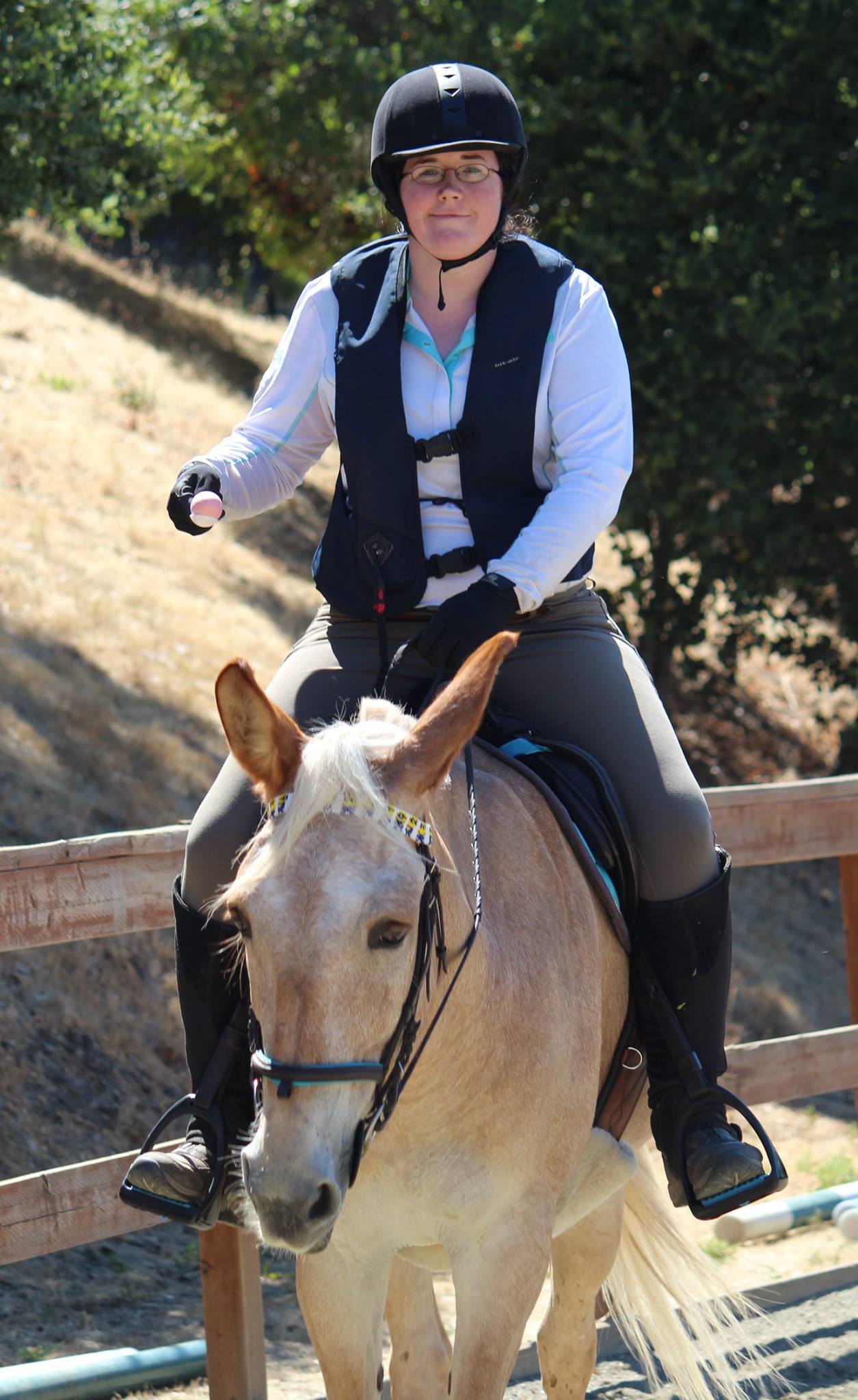 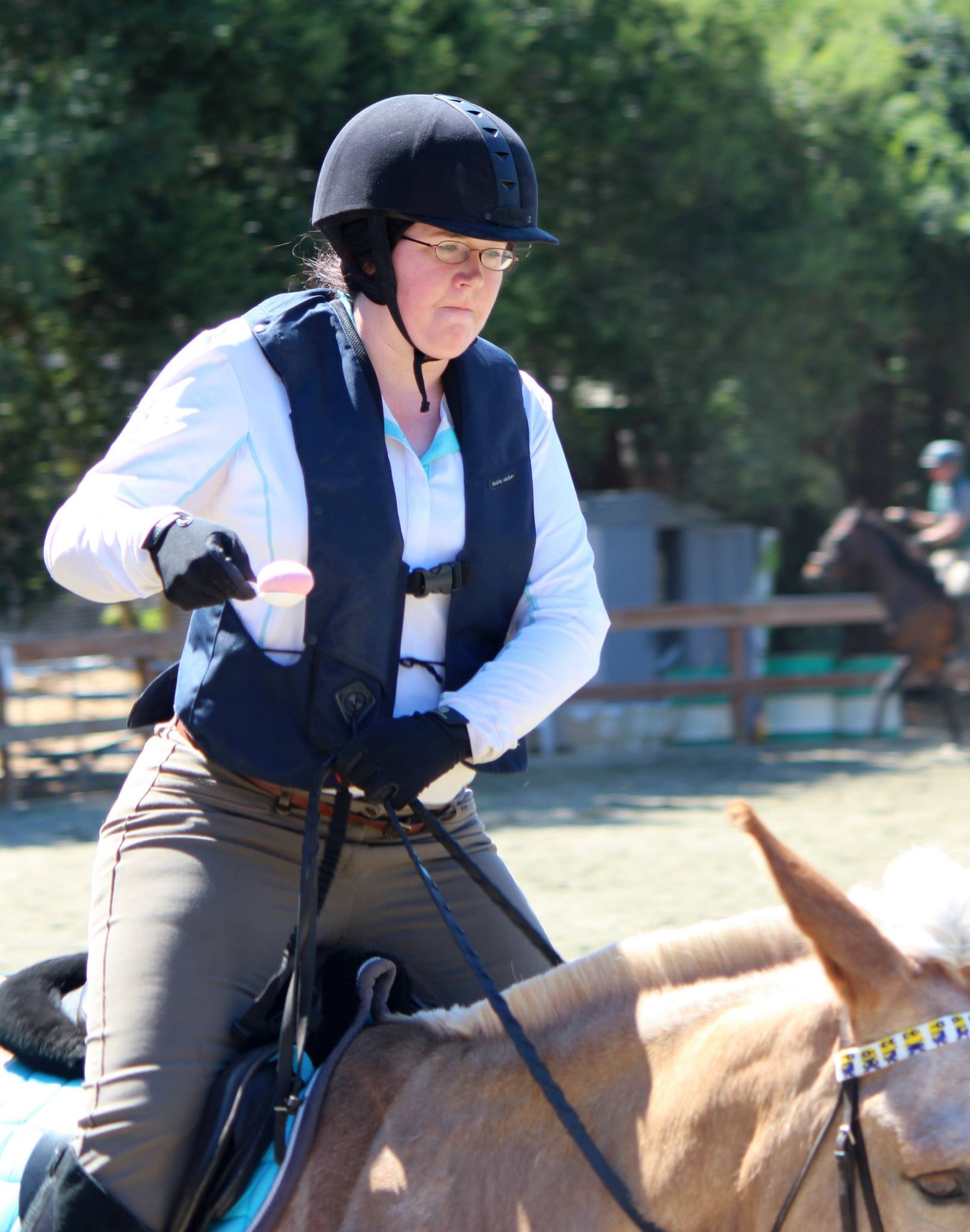 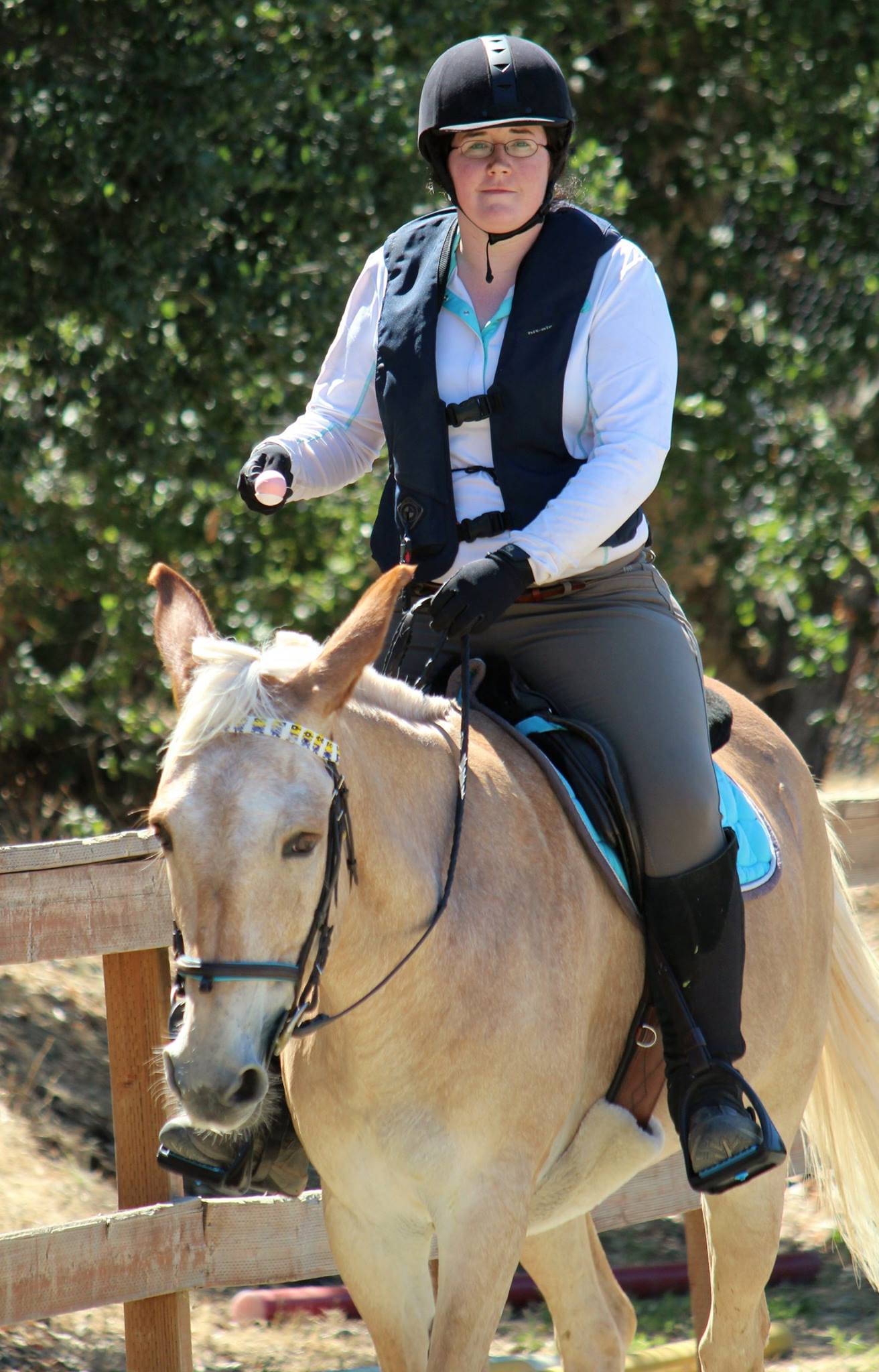 We started at walk, then moved to trot. I was fine for a lap or two, but then I looked down at the egg and bam, it fell. The judge called for walk right then and my husband lost his egg in the transition, but I lost mine first so he won that game. 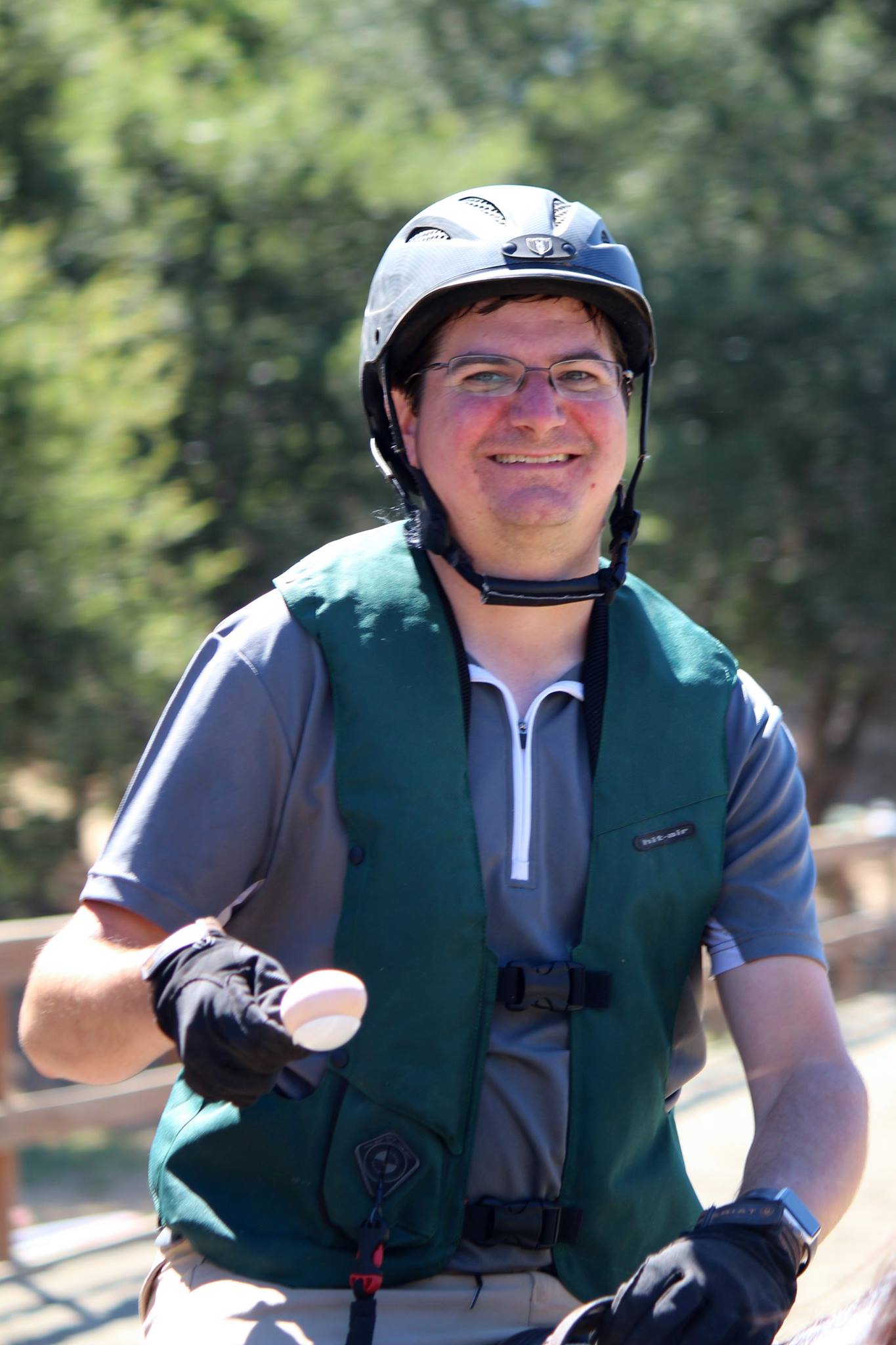 After egg and spoon, they set up the arena for the water relay. It was supposed to be a team relay, but we were the only two entered so they converted it to make it work for us. At one end of the arena was a barrel with two buckets full of water in the middle. At the other end, there were two barrels, one on each side, each with an empty bucket.

They gave us each a cup and we started at the end with our individual buckets. The goal was to race down to the full buckets, collect water in our cups, run back and fill our buckets. Whoever had the most water at the end of 3 minutes won. 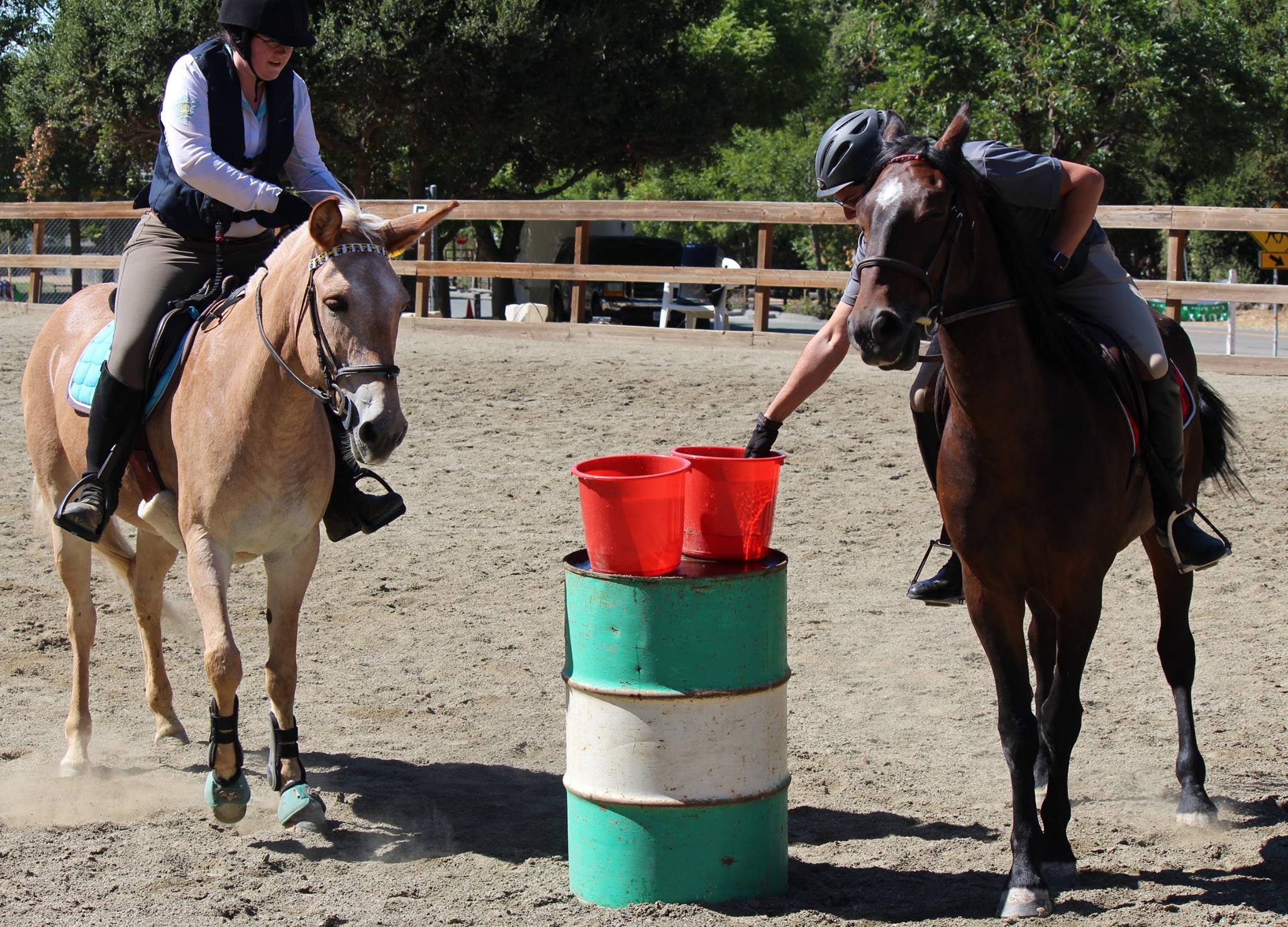 On our second run, Nilla put her head in the bucket and started drinking the water. I felt bad pulling her away from water – especially given she never wants to drink – but we had a game to win. By the time I got her head out, we were  a half lap behind.

While Nilla was busy trying to drink the full buckets, Eugene was sticking his head in his bucket and knocked it over spilling two cups of collected water. This gave me a chance to catch up. 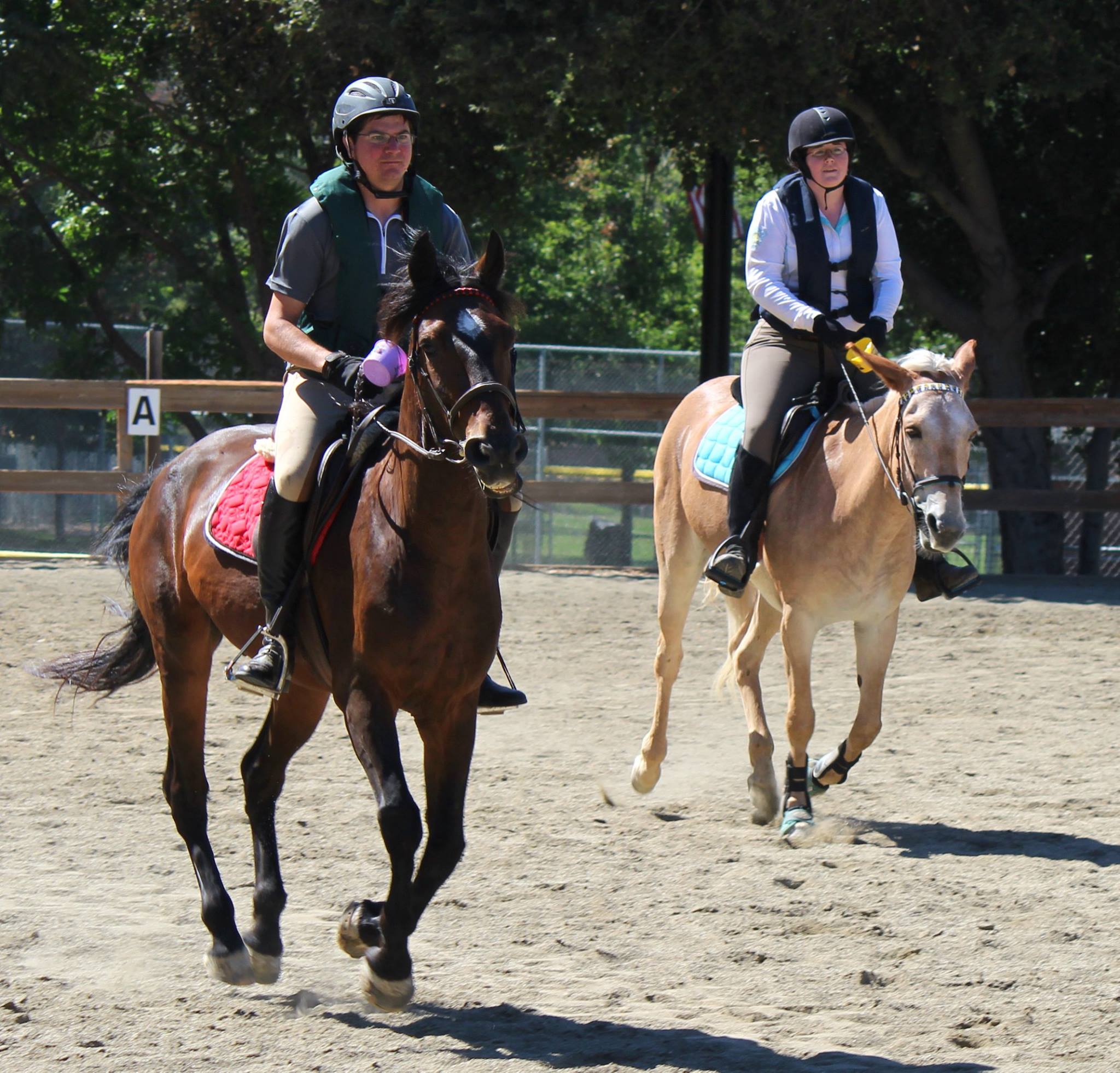 We raced back and forth for what felt like way more than three minutes, but it was so fun. When they blew the whistle for time, both ponies dove into the full buckets for a drink while the volunteers checked our individual buckets to see who had the most. 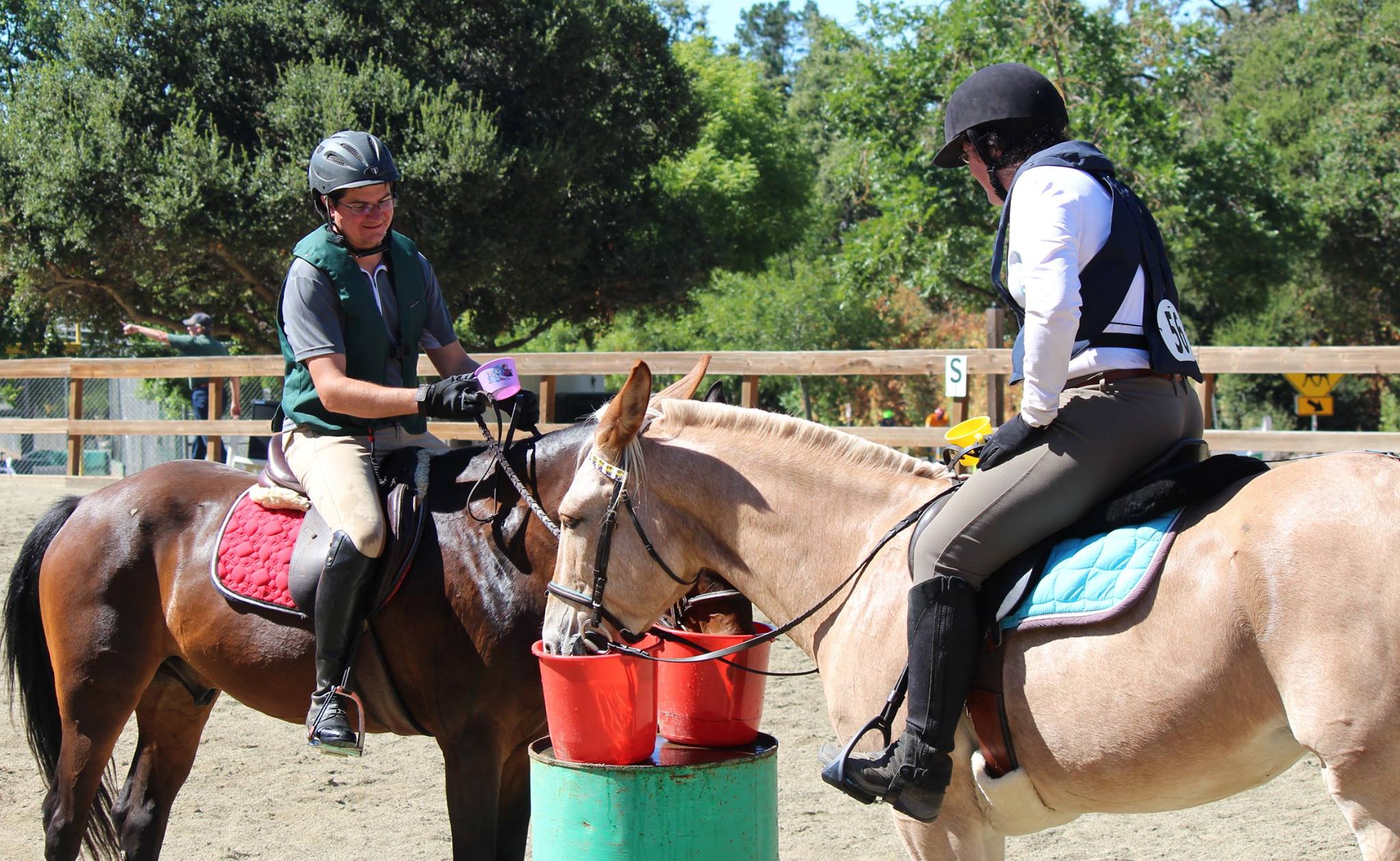 I finally beat my husband in a class. Although it was apparently pretty close even though he lost two cups since Nilla wasn’t letting me get very close to the buckets I was only getting partially full cups. In an amazing coincidence given this was the first time I’ve used this browband, I was given a minions cup to do the water relay with. The volunteer didn’t even notice until she was collecting the cups and I pointed it out. Unfortunately, Nilla was more interested in drinking than posing for pictures. 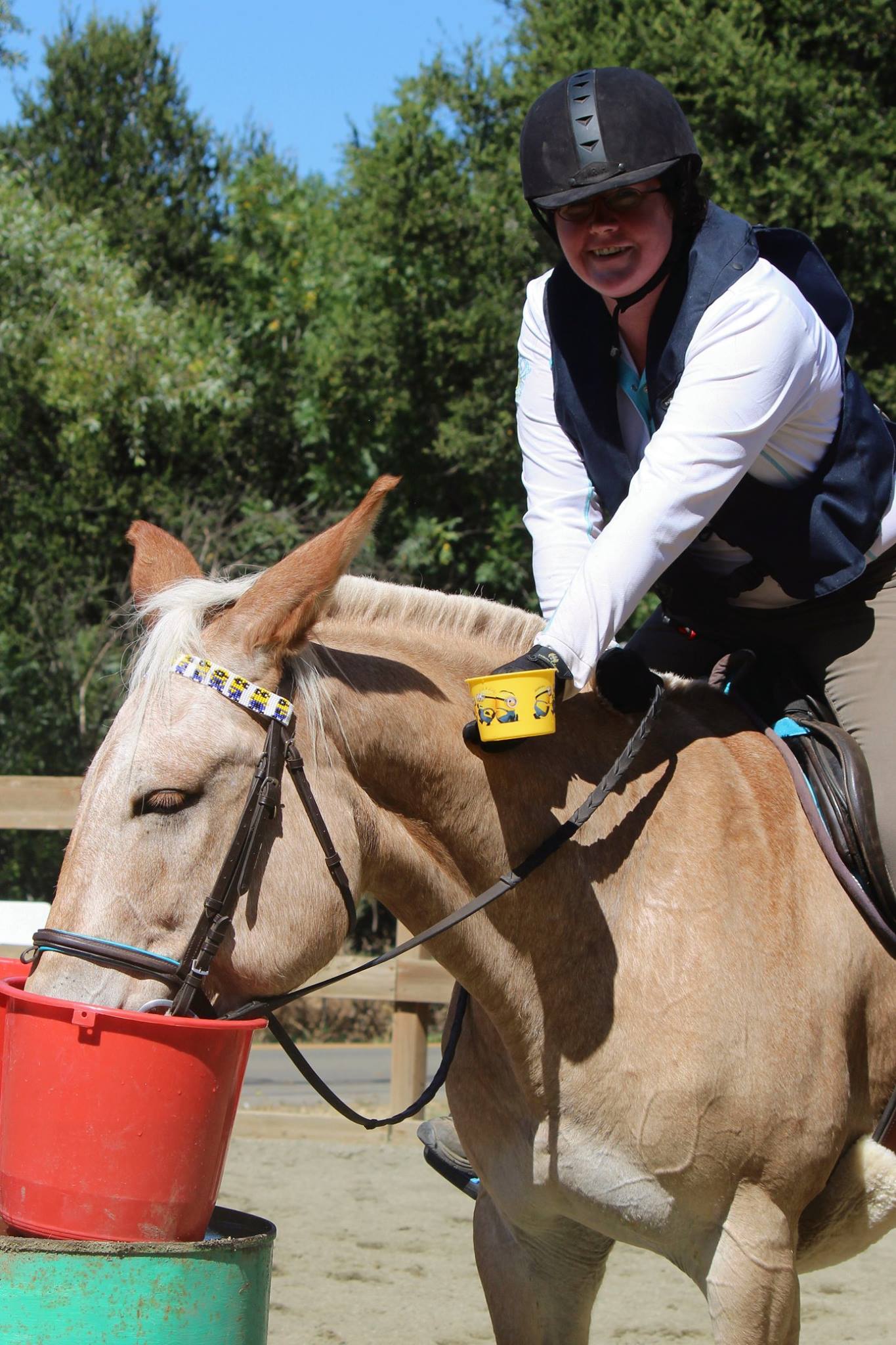 The whole show was a lot of fun, but the games were one of the best parts. I hope to go to more events that LAHHA puts on in the future.