My husband and I both entered the trail class at the LAHHA show. They were running it based on performance and not speed so it was safe for Eugene. They ended up changing the order of the course from the original posted course, so that’s why my picture looks so terrible. 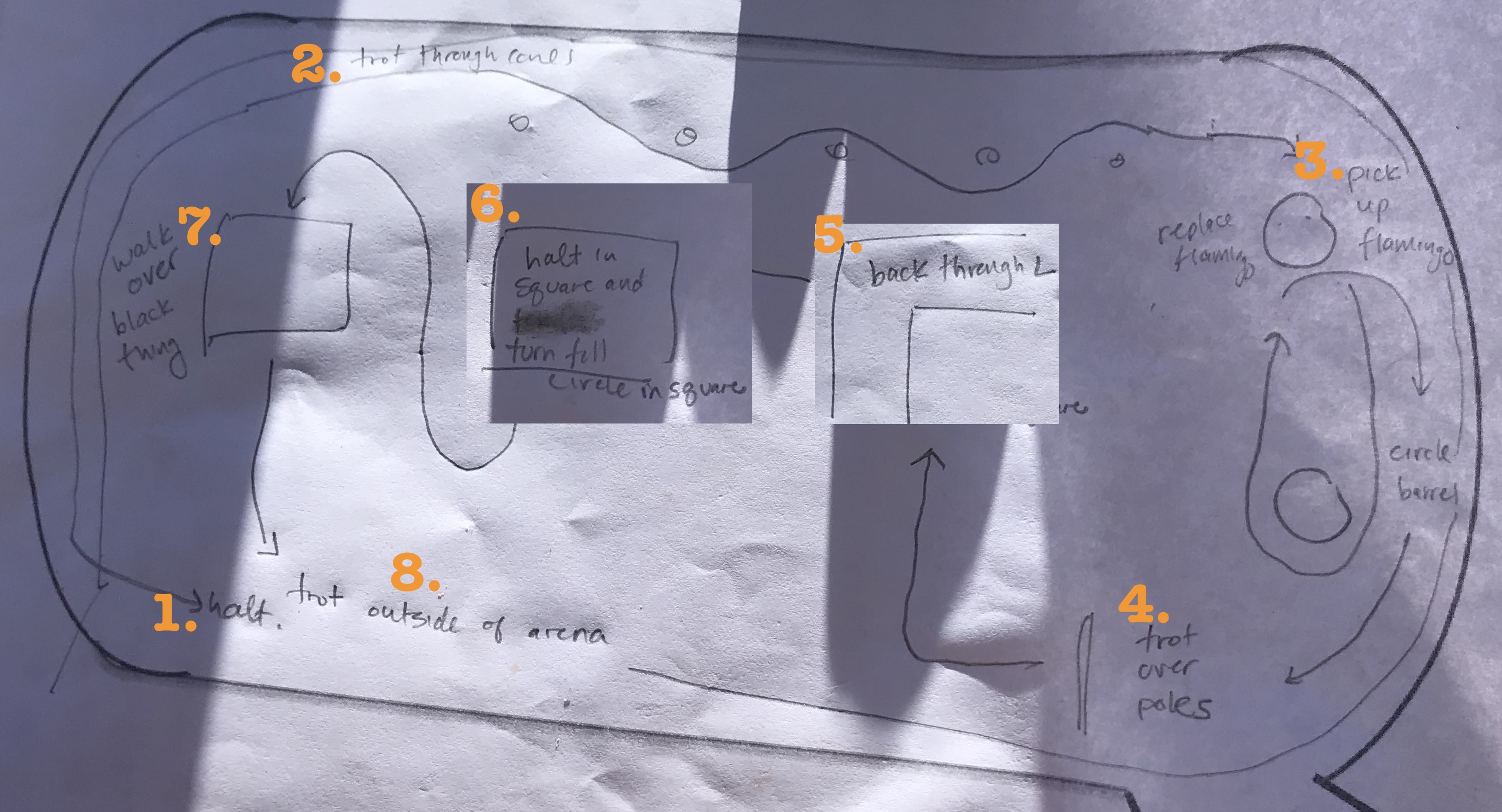 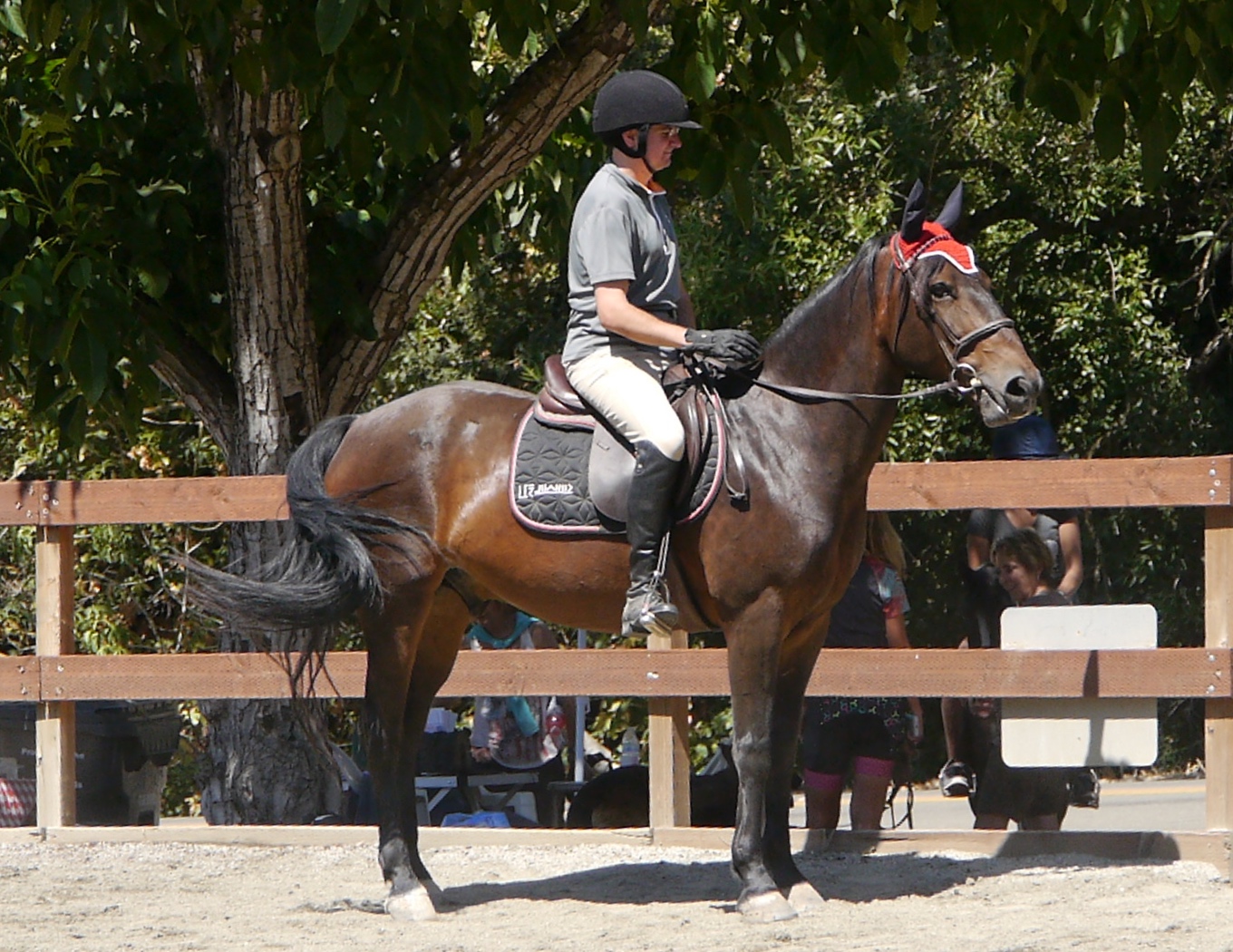 Both of them did the cones and the flower thing perfectly. Levi decided the poles were a jump and JUMPED them. I wish my friend had captured the moment of actually jumping it and not afterwards because he really launched himself. I wasn’t expecting him to jump and I was in my treeless saddle so I got completely left behind and nearly landed behind the saddle. I hit him hard in the mouth which was not my intention but I was really caught by surprise. Eugene and Levi both totally sucked at backing through the L and neither of them wanted to touch the mats. I was surprised about that too. It made total sense for Levi because he’s terrified of water and shadows and painted lines any footing that might be different. But Eugene doesn’t normally care at all, but he was also not happy about touching that stuff (sadly no picture of him doing that obstacle). 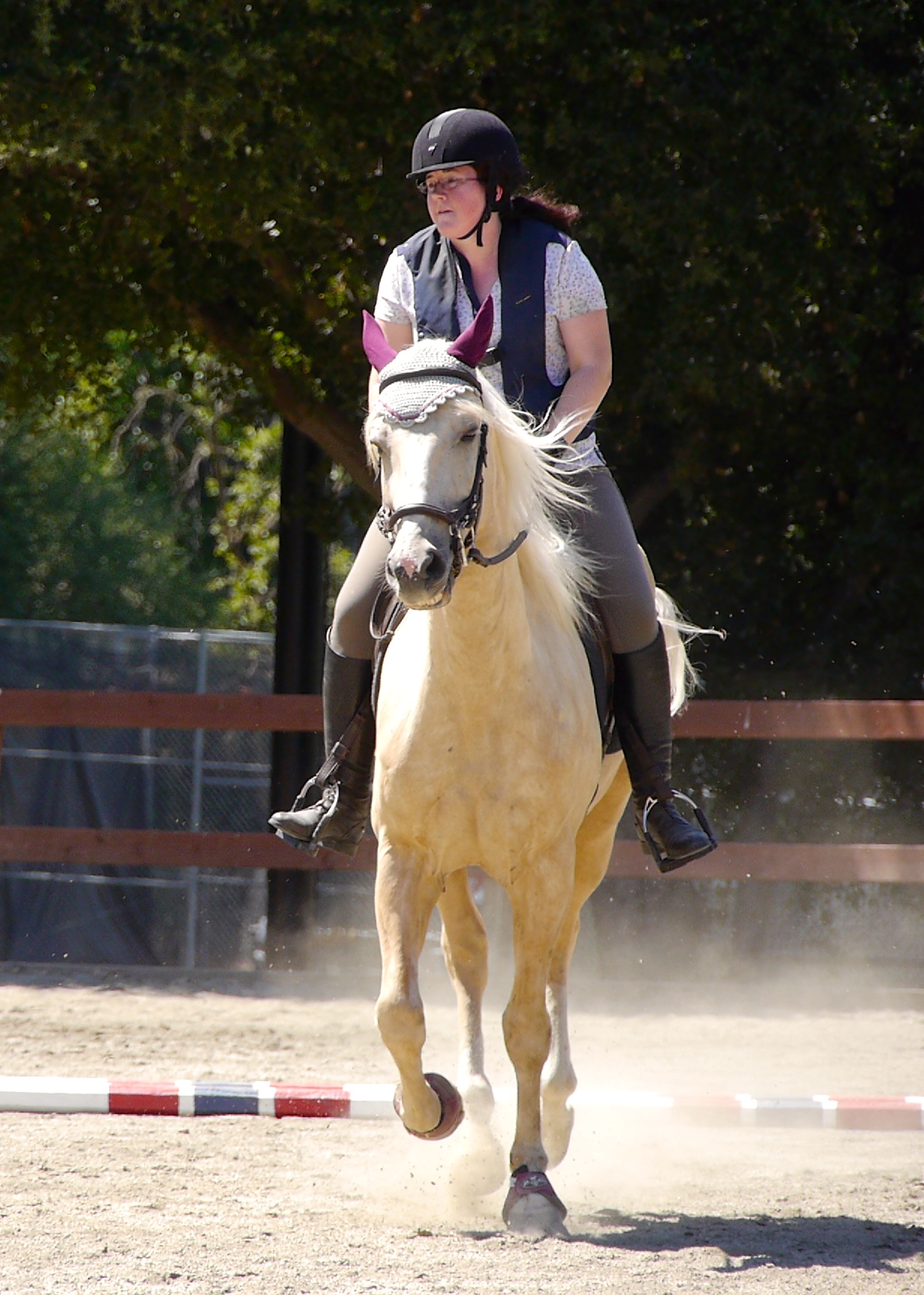 The judge decided to have us both come back in for a timed tie-breaker. Start at the same place, do just the cones, the poles, the circle in the box and done. Eugene got 32 seconds with just trotting. and Levi got 31 seconds even with cantering. Levi just canters super slow and isn’t as bendy as Eugene. Thus, we ended up winning by 1 second. But it wasn’t really about winning or loosing, it was about having fun. 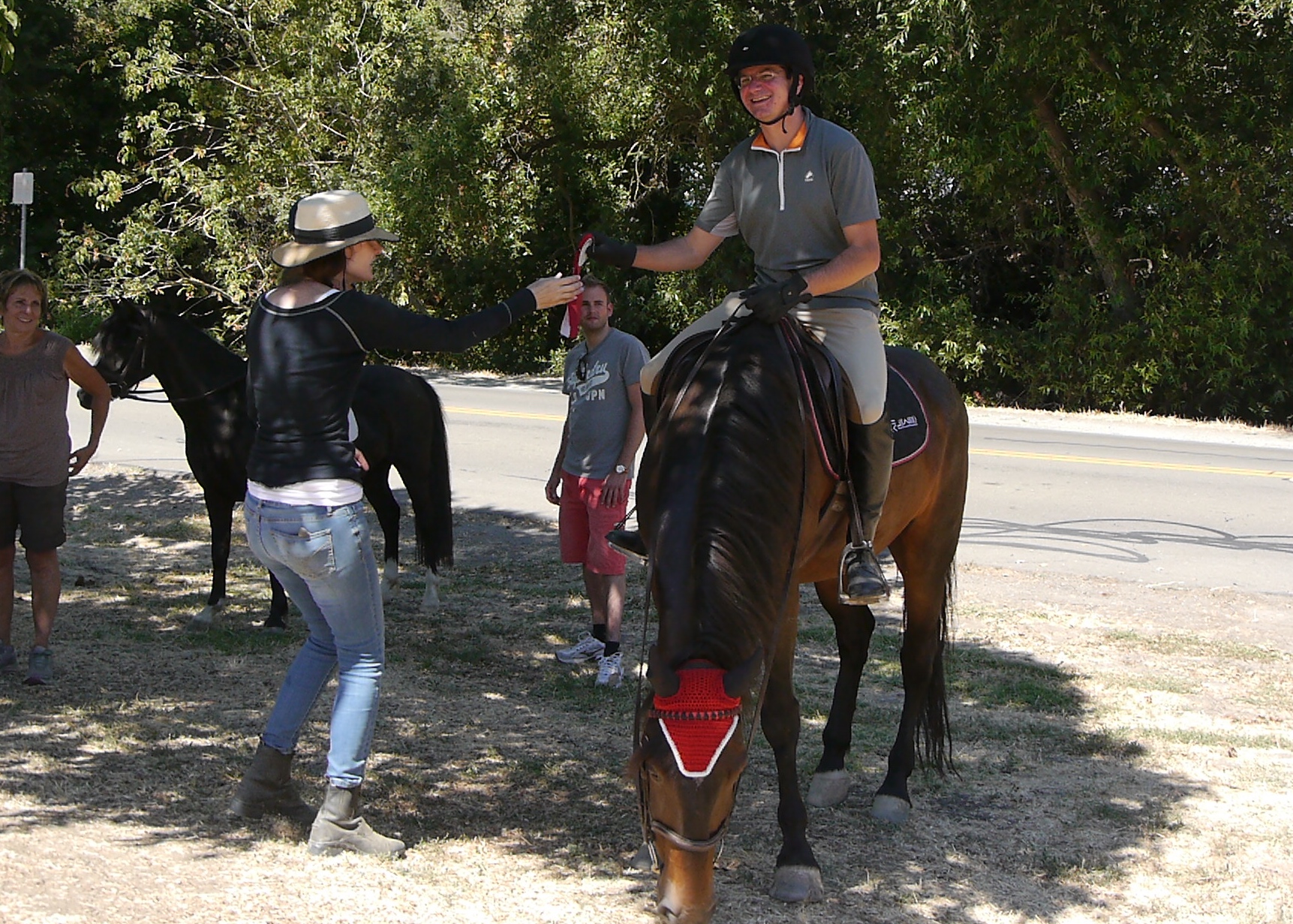