Clover Ledge Farm put together a list of prompts for National Blog Posting Month (NaBloPoMo). I’m not following along with all 30 prompts because I did most of them a few years ago when I first started blogging, but I thought I’d pick and choose as any of them happen to inspire me. I’m also modifying this post from the original prompt of “Your First Fall” to “Your Worst Fall.”

I have fallen off so many times, I have no memory of my first fall. I know it wasn’t my first fall, but one of my earlier falls that I can remember was when another trainer was subbing for my usual instructor and I lied and told her I’d been jumping in my regular lessons and she believed me, let me jump, and I promptly fell off because I had no idea what I was doing. I immediately hopped up, claimed I was fine, and was back on the horse jumping again like 30 seconds later. I didn’t care at all. My trainer eventually did falling lessons with me where I got pushed off and learned how to land correctly.

Anyway, my worst fall was off Finnick, a Warmblood I owned before Nilla. 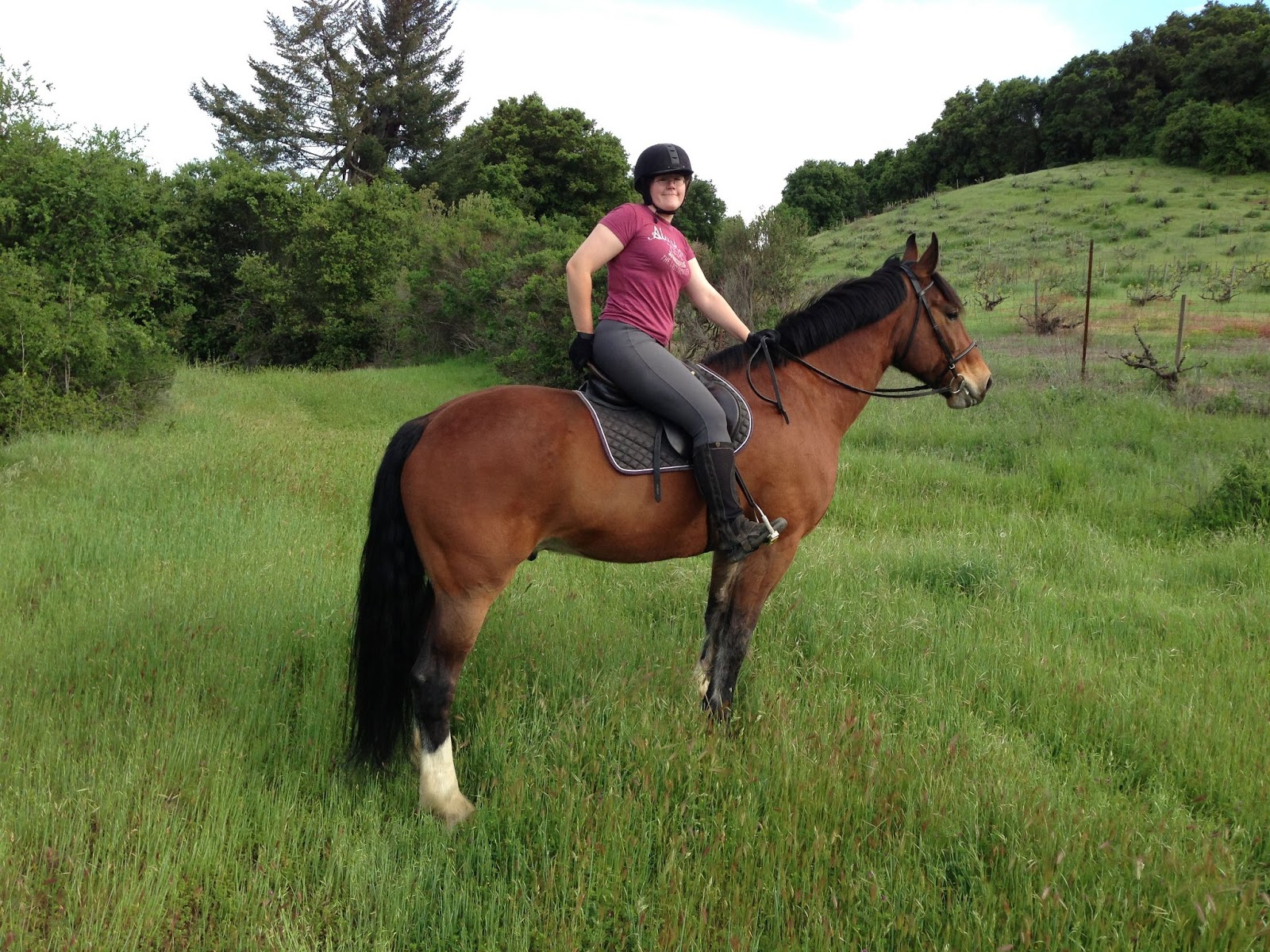 Finnick at the winery

He decided one day that his saddle wasn’t fitting him anymore and bucked me off as I was mounting. I often mention this fall when I talk about the importance of wearing helmets because this ride met all of the usual stereotypes of not wearing a helmet: I was going for a trail ride in a western saddle on a horse who was well broke and had never bucked before. If I hadn’t been wearing a helmet, I would probably be dead.

I don’t have any memory of the actual fall because I hit my head so hard (even though I was wearing a helmet). I do know he took off bucking from mounting so I didn’t have a chance to get both my feet in the stirrups. I doubt the stirrups would have saved me though as it was apparently very dirty bucking.

I do remember the aftermath. Riding on some crazy amount of adrenaline, I managed to sit up right away. I didn’t want to call an ambulance or even go to the hospital because I was worried about the bill so I walked to the car and we drive around trying to find an open Urgent Care center, but it was later in the day on a weekend and they were all closed so we eventually went to a hospital. Adrenaline was fading by then and I got wheeled in.

At the hospital, they put me in a neck brace, which is was incredibly annoyed at. I have a phobia about needles so I refused an IV. In fact, when the nurse came in to clean my wounds (I landed on a gravel driveway so my skin was pretty shredded too) I thought she had a needle and freaked out. Because they had a heart rate monitor on, my sky-rocketing pulse actually set off an alarm and another nurse came in to see what was wrong. They gave me some pill which helped with the pain a bit and I was taken off for a cat scan.

I can’t remember all of the numbers now, but I essentially broke every bone in my back except for 4. I think it was all of the thoracic vertebrae and most of the lumbar and some of the cervical vertebrae (including a hairline fracture of my C3, which if you actually break leaves you paralyzed). 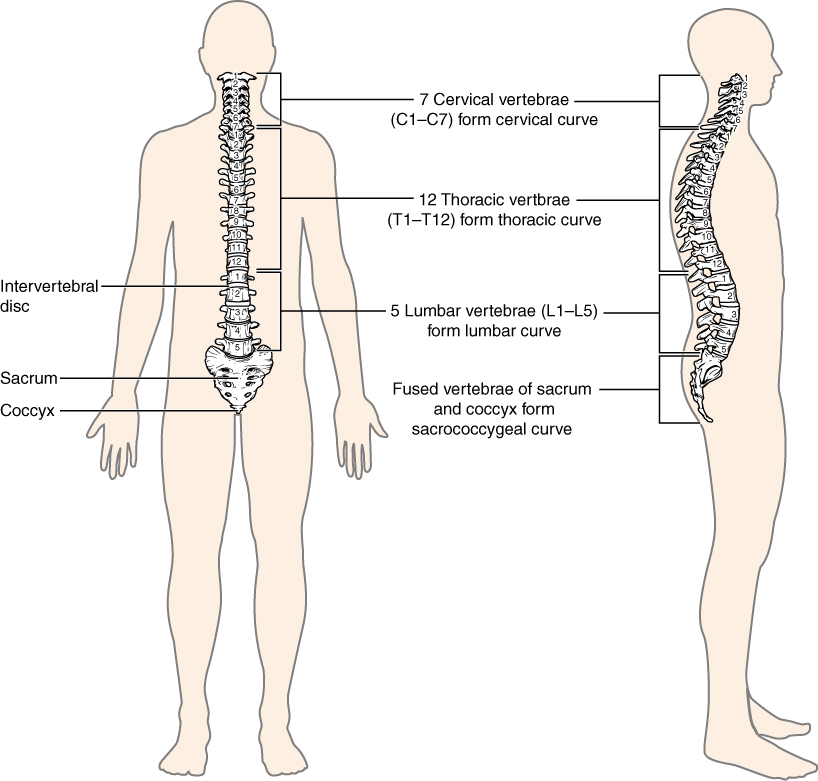 Luckily, what I broke were the processes. They’re the little knobs that stick off the spinal cord that your muscles attach to. Why is that lucky? Because it means no spinal cord damage. In fact, bone fractures and breaks heal really quickly. Much more quickly that soft-tissue damage. 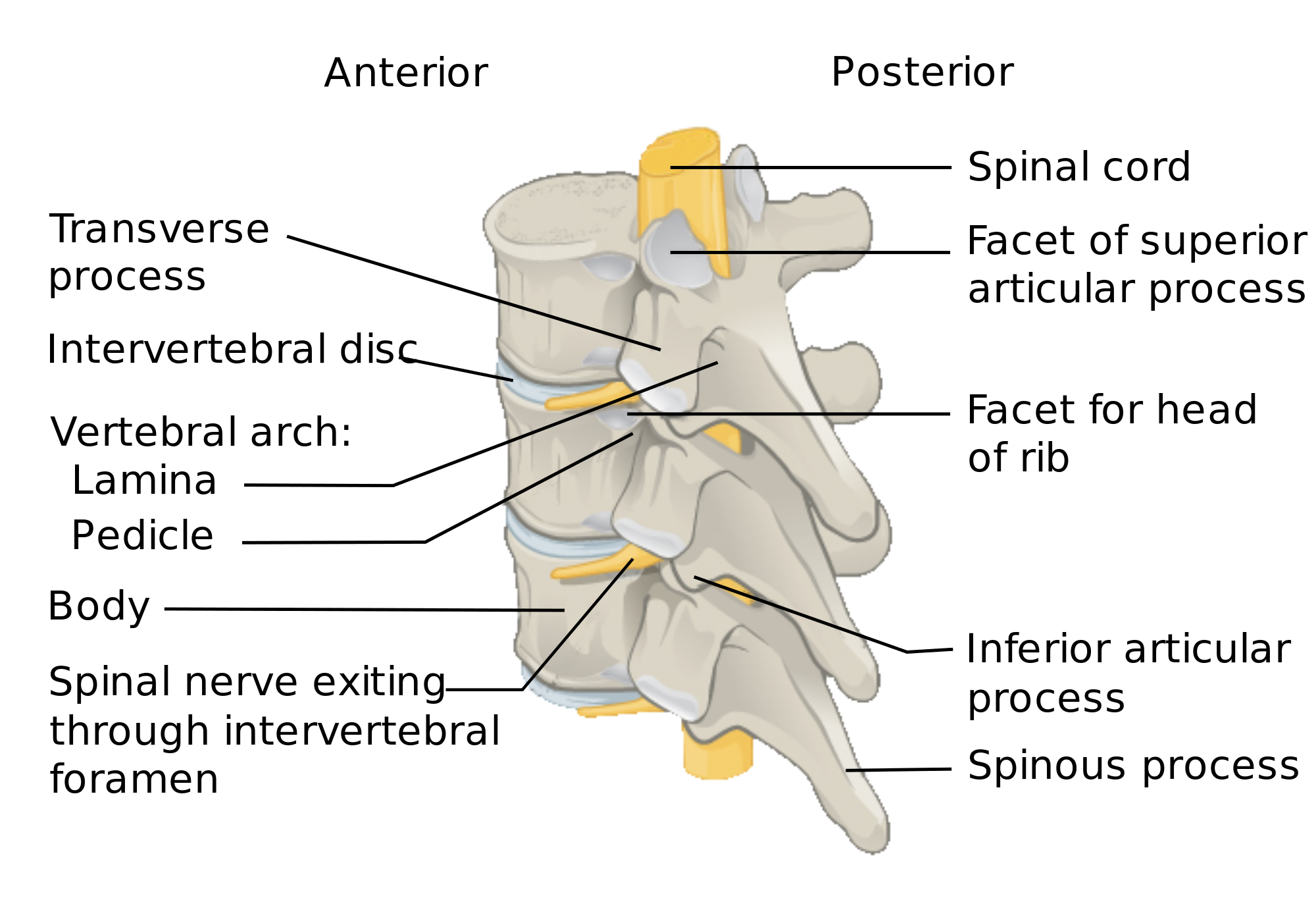 I was discharged from the hospital that same night and directed to see my regular doctor for a follow up. Can you guess the first question I asked my doctor? That’s right: how soon can I ride again. Because I am insane. I wasn’t just interested in just riding either. I had a pack trip scheduled in the high sierras for 8 weeks later and I was wondering if I could still go on that trip. 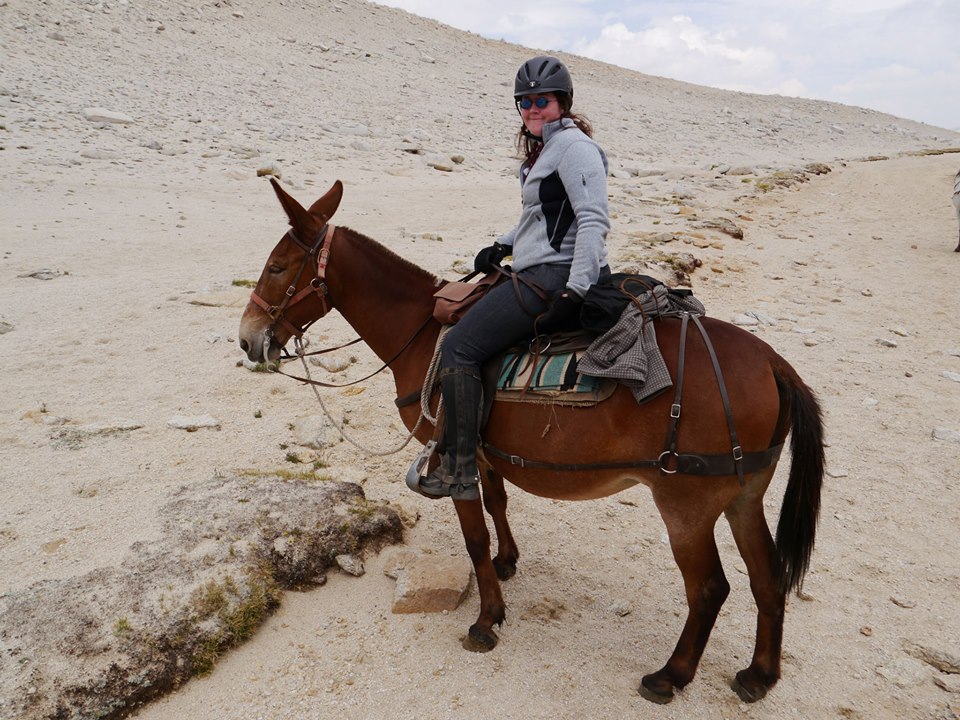 spoiler alert: I could

I am fairly sure my doctor thought I was insane. He later admitted to me that he didn’t think I’d make it, but he wasn’t opposed to the idea.  I think he thought that saying I could go would keep my spirits up and motivate me to keep up my physical therapy, but he didn’t think I’d actually go.

I spent 1 month of bed rest moving back and forth between bed and a recliner we picked up on craigslist the day after my injury. I was on a lot of pain meds so I’d spend a good half of the day dozing off. I was fortunate that my work allowed me to work from home for that month. My husband works really close by so he could come home to help me out with moving from spot to spot.

After one month of bed rest, I started going to physical therapy and doing exercises at home to help strengthen my muscles. While the bones healed quickly, the month of bed rest really decimated my muscles, which weren’t in all that great of shape to begin with (I’m lazy af). While PT eventually got me to a point where I could walk and ride (kind of) it probably took me a few years to fully regain strength in my core muscles.

7.5 weeks after falling off, I made it through the 5 night pack trip in the John Muir Wilderness, riding 6+ hours a day, crossing passes at 12,000 feet, and sleeping in a tent on the ground. It was rough on my back, but it was a gorgeous trip and worth it. 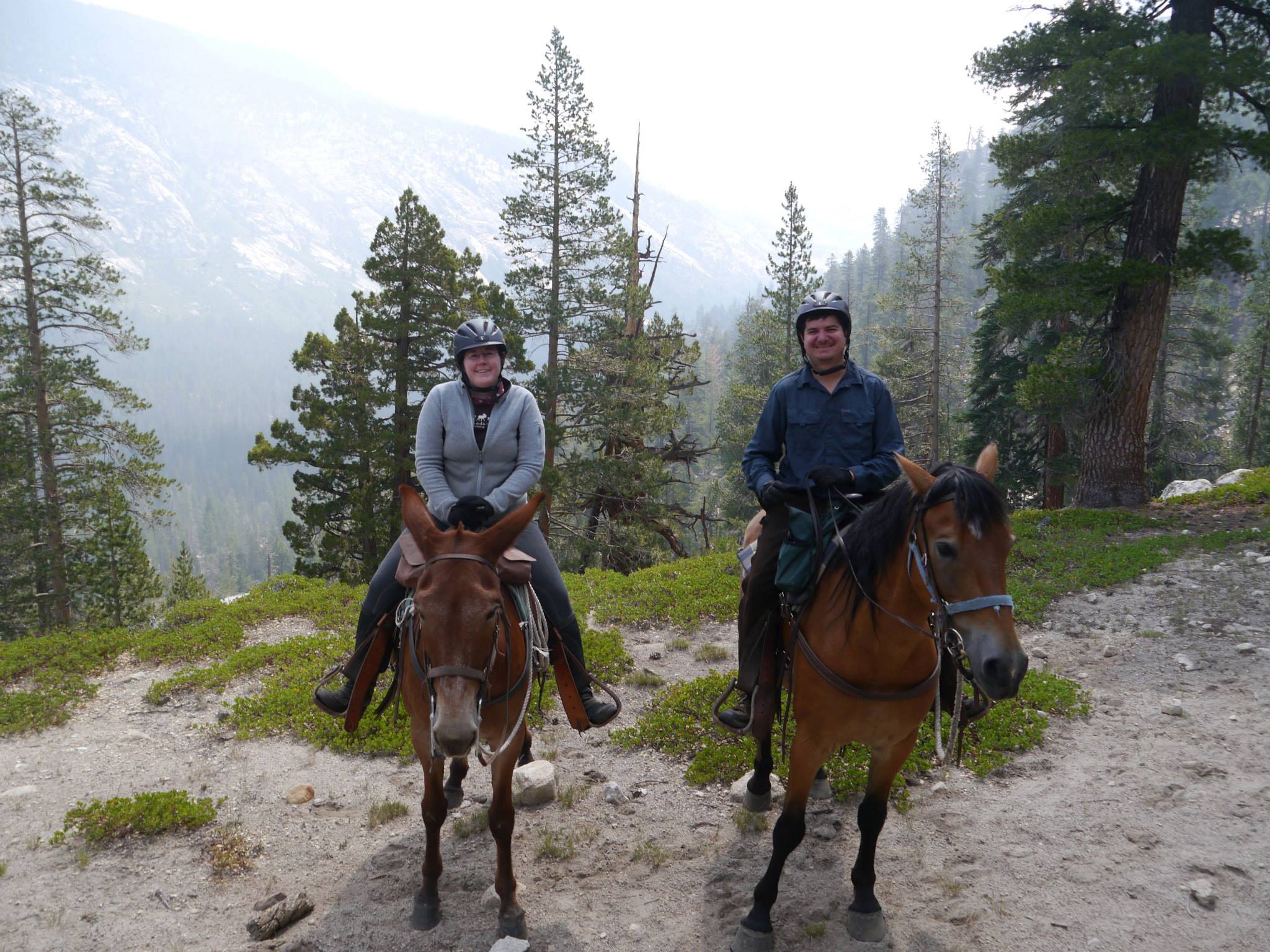 After that fall I started my habit of always riding with a vest as well as a helmet. For years I wore a full XC vest: the Airowear Outlyne. Now I reserve the Outlyne just for XC and use an air vest for the rest of my rides. I do, however, always wear a helmet.