It took a while, but I finally got my Wisdom Panel DNA test results for Skye. The results are pretty interesting and not what most people (and I) guessed. 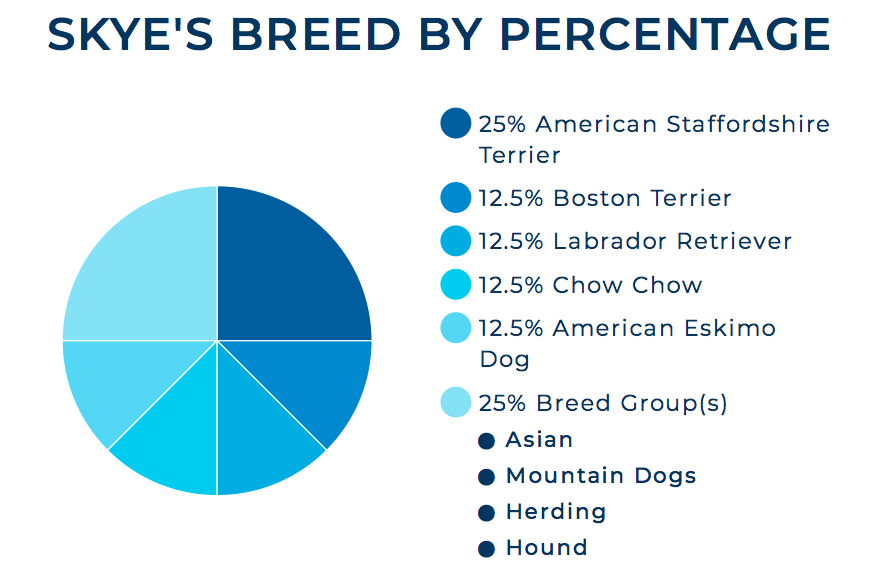 The American Staffordsire Terrier part makes sense. Although several breeds have brindle in them, pibble seemed like the most likely contributor – especially for a rescue mutt. 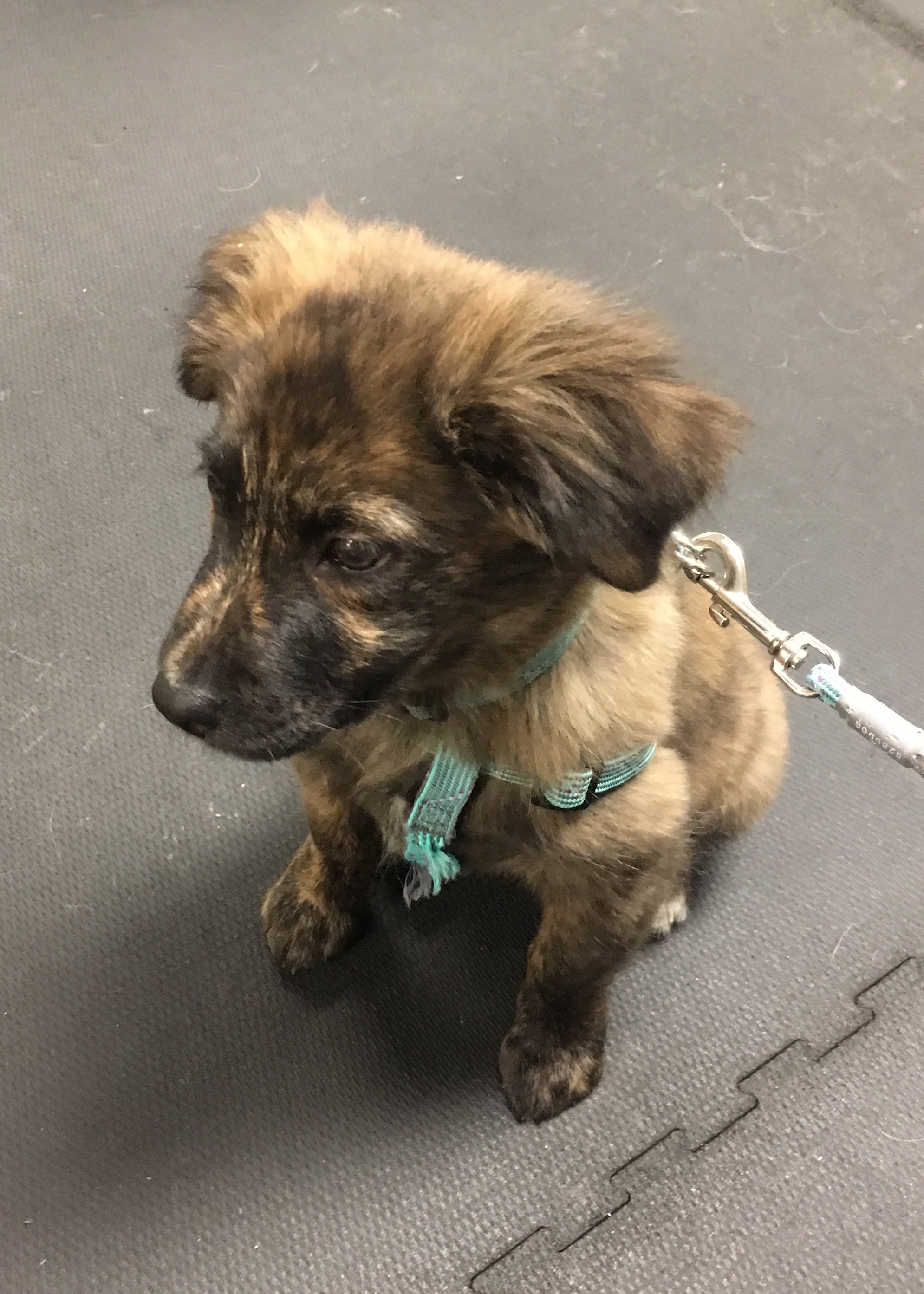 Wisdom panel gives you a best guess at a family tree, which is fun to look at even if they admit it is just a best guess and not a definite. 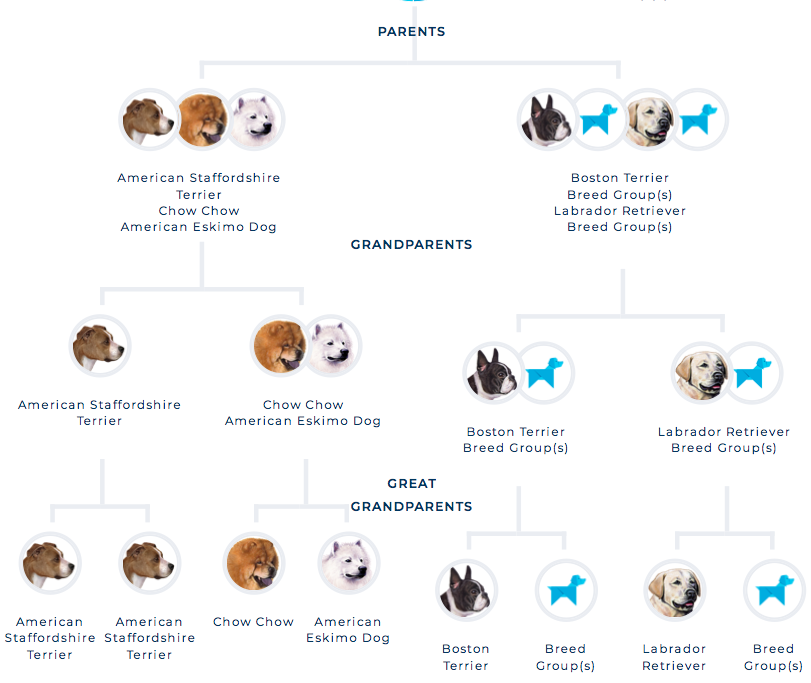 Who would combine Chow Chow and Eskimo Dog? They’re nowhere near the same size as each other. I guess they’re both fluffy. Skye certainly LOVES the freaking snow: 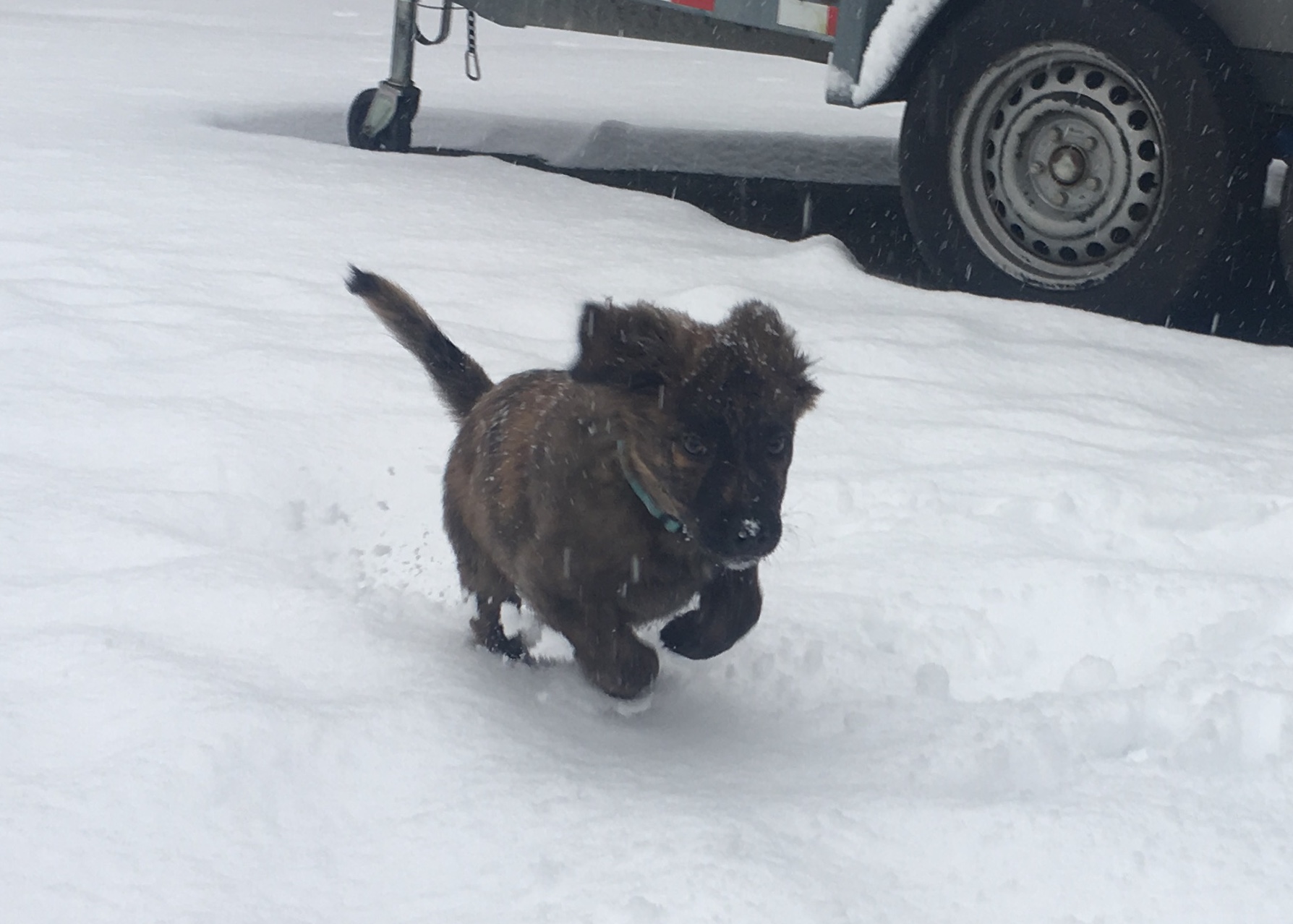 The Boston Terrier I don’t see at all, but the lab part makes some sense. As she’s growing, she’s getting a lean, lab-like look to her. Wisdom Panels gives you a whole bunch of additional information including testing for Multidrug Sensitivity (MDR1), which is a gene mutation that causes some dogs to have issues with wormers and other drugs. I was concerned that might be an issue if she did have Aussie in her and it’s a relief to know I don’t need to worry about that. You can elect to pay more for additional health concern testing, but I didn’t. I was glad MDR1 was included in the base test.

They also give you an ideal weight chart based on breed: 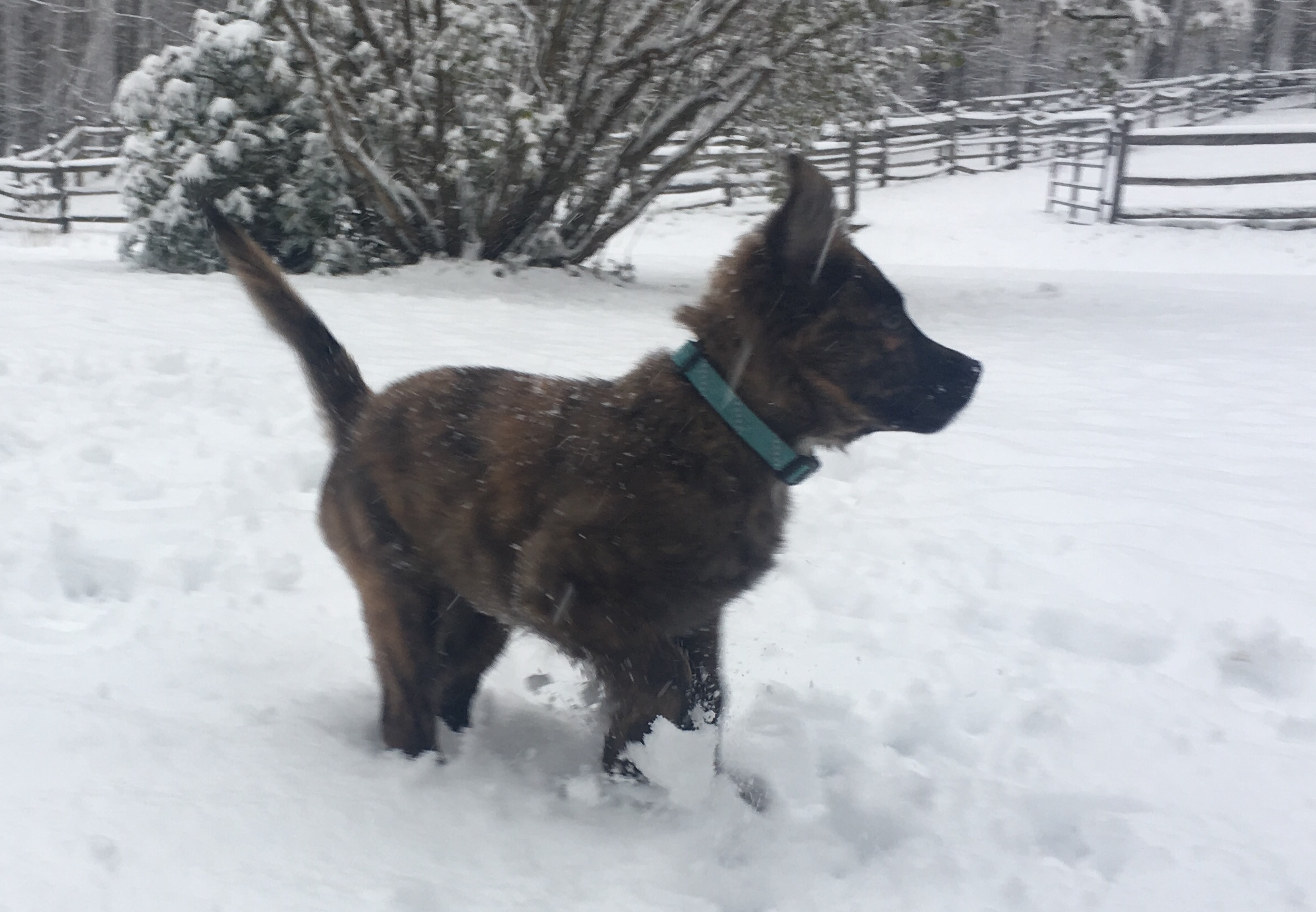 always in motion = never in focus

My guess is the malnutrition her mom died of and that she came to use with stunted her growth. We’re feeding her as much as we can, but she’s not a good eater and would rather bound around playing instead. Oh well, she’s a cute fluff no matter what.

This isn’t a sponsored post and non of the links are affiliate links. My friend bought me the test as a gift. However, I would recommend Wisdom Panel if you want to test your own dog’s DNA. It was pretty easy to do and the postage is pre-paid so you just pop it in the mailbox and that’s it. Wisdom Panel gave me one discount code for $10 off if anyone is interested (it’s not an affiliate code and it only works once). If you’re interested, leave a comment and I’ll send it to you. 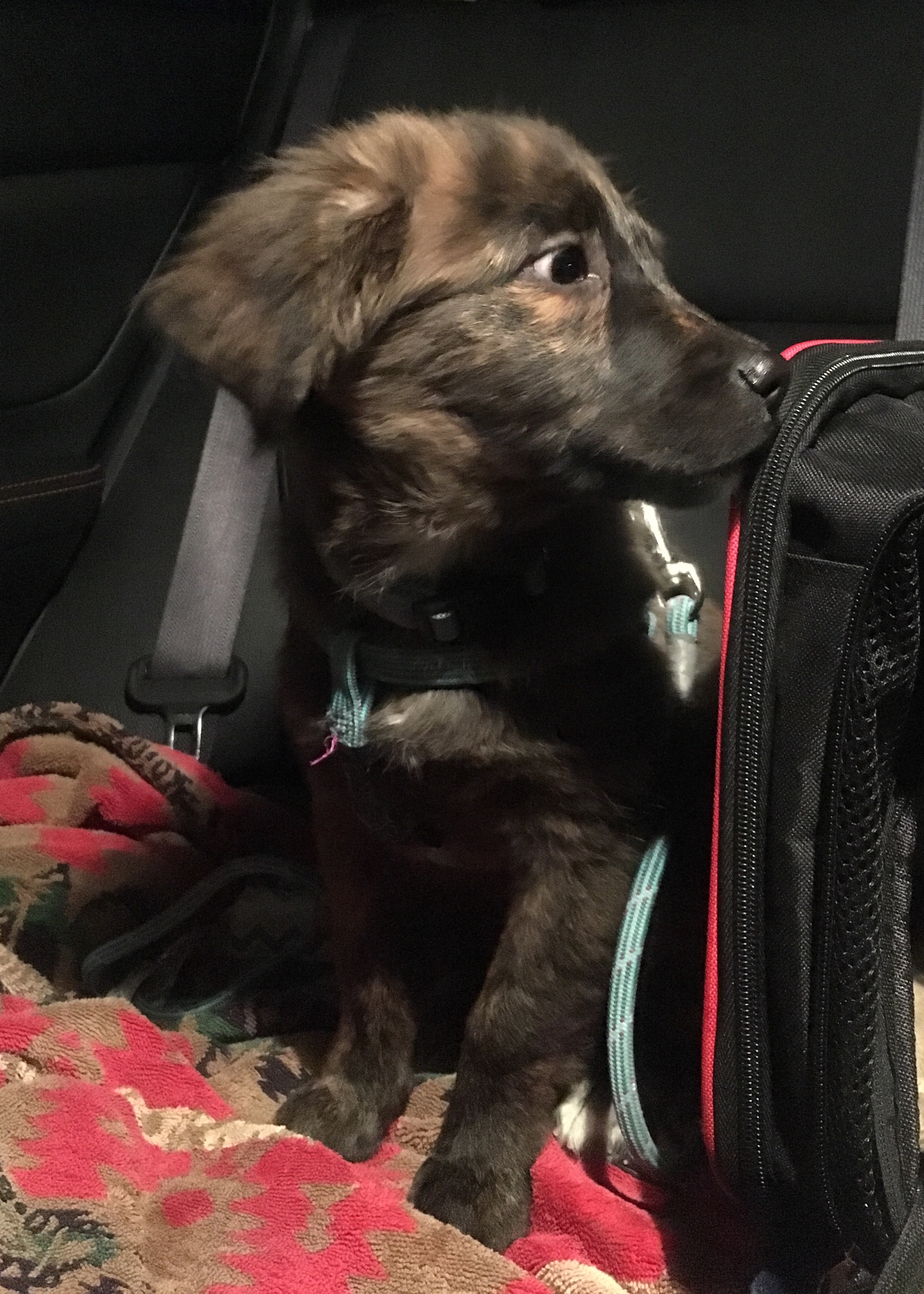