All the rain has really put a crimp on my riding so I don’t have a lot I can blog about. Here are some quick updates though.

Nilla is doing very well in training. I made it out to visit her and take a lesson in January and then it rained for every weekend of February so I haven’t been back since. I was going to go out this weekend, but she’s getting chiro on Friday so riding’s out. As much as I miss the mule, I don’t want to drive 6+ hours round trip just to pet her.

The faces this mule makes. (All pictures courtesy of @laurahermanson ) #mulesofinstagram #mules

She looks so good though. I can’t wait to ride her again and get some more lessons with Laura. And I really hope I can just not mess everything up once I get her back. 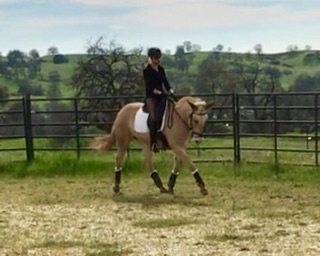 Eugene and Levi are pent up balls of energy. I’ve been throwing them out to gallop around like nuts. I did get a ride in the other day and tried him with a bosal. Since his trainer rode him with a simple rope halter and single lead rope, I figured we wouldn’t die. He was really good even though it was too small. I think I may eventually be able to ride him without a bridle at all as he’s really very responsive to leg and seat. It’s something I want to work towards. 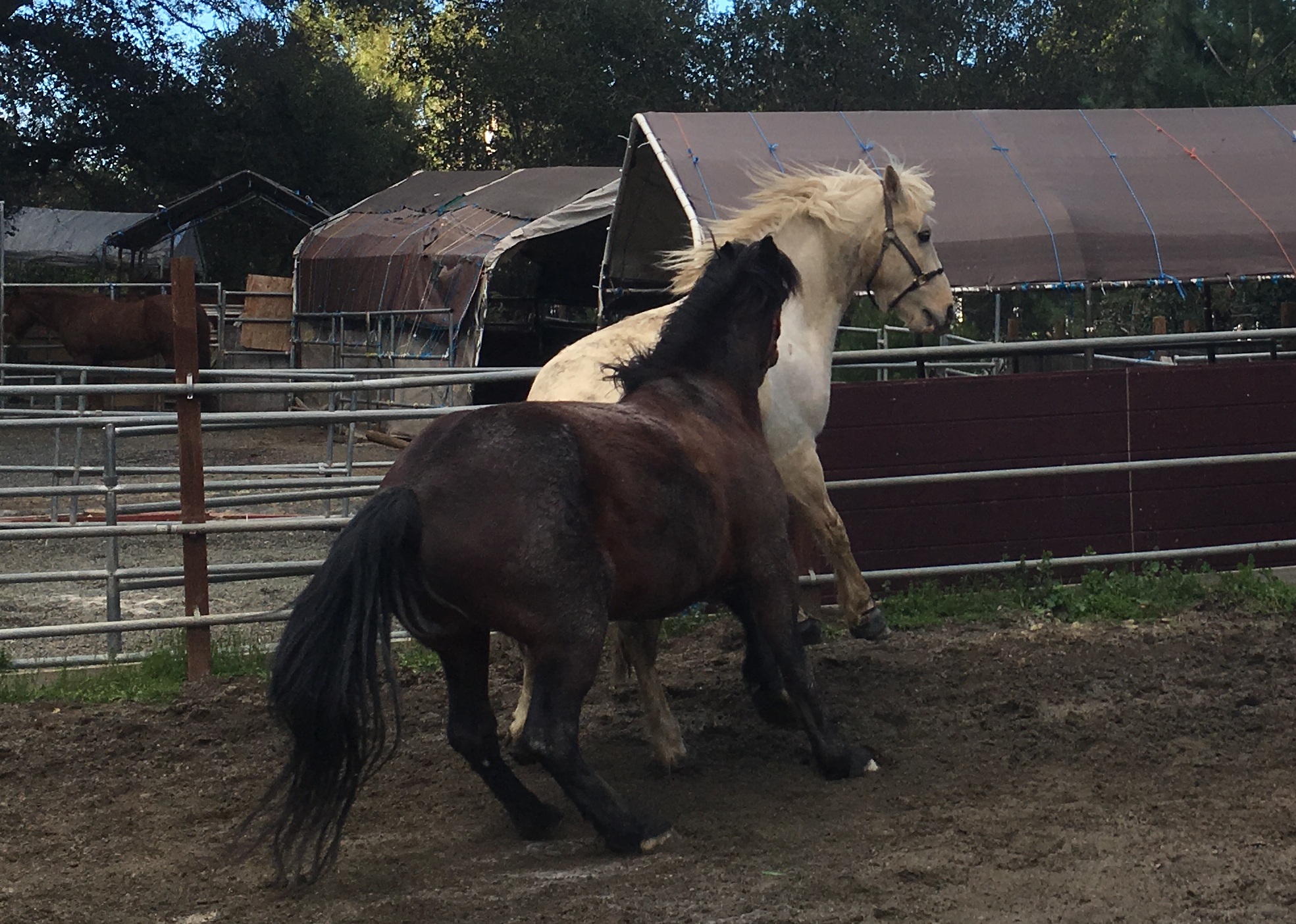 Eugene and Levi are a lot of fun to turn loose. They’re such youngsters at heart so they play quite a lot. Sometimes they get Dijon all riled up too and then I have to shut it down.

I found a Fujifilm Instax Mini 8 camera on the street and played around with it. It reminded me of being a kid and playing with old polaroid cameras. I handed one of the films to my husband and he also nostalgically started flapping it even though they don’t need that anymore. Anyone else remember how fun Polaroid were? No? Just me? Did anyone else have to walk 2 miles to school every day? Each way? Uphill? In the snow? Yeah, I know I’m old. 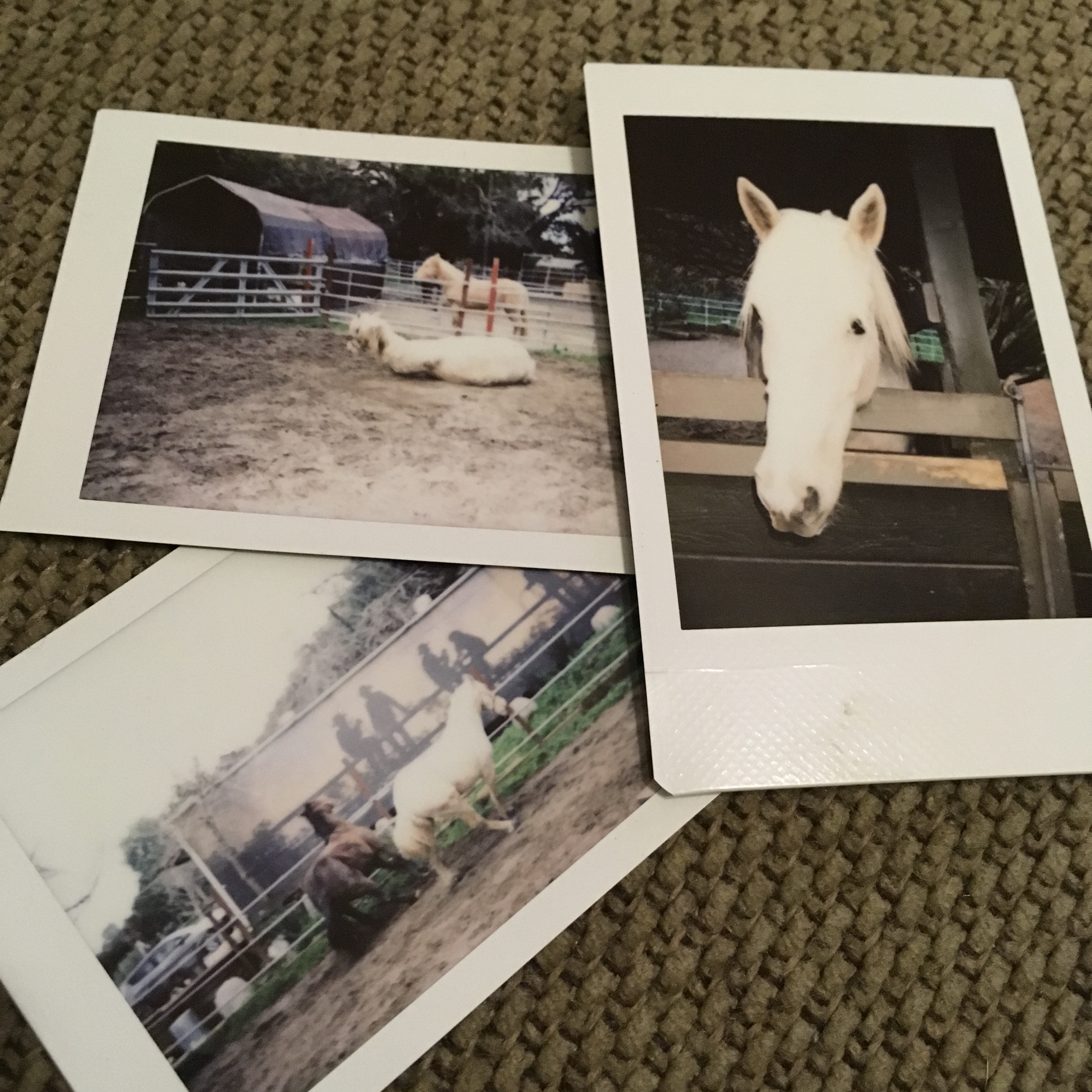 I don’t think I would have bought one, but now that I have one, it’s really fun. The pictures are terrible quality, but that just makes them seem retro to me. I’m going to get some more film for it so I can keep using it.