Stacey at The Jumping Percheron wrote a post recently about disliking having her picture taken when she was out riding. It got me thinking. I knew some people don’t like it, but I didn’t realize that some people were that passionate about it. I don’t generally like having my picture taken and I’ll use duck out of group shots if I can, but I surprisingly don’t generally care if people take my picture when I’m out riding. 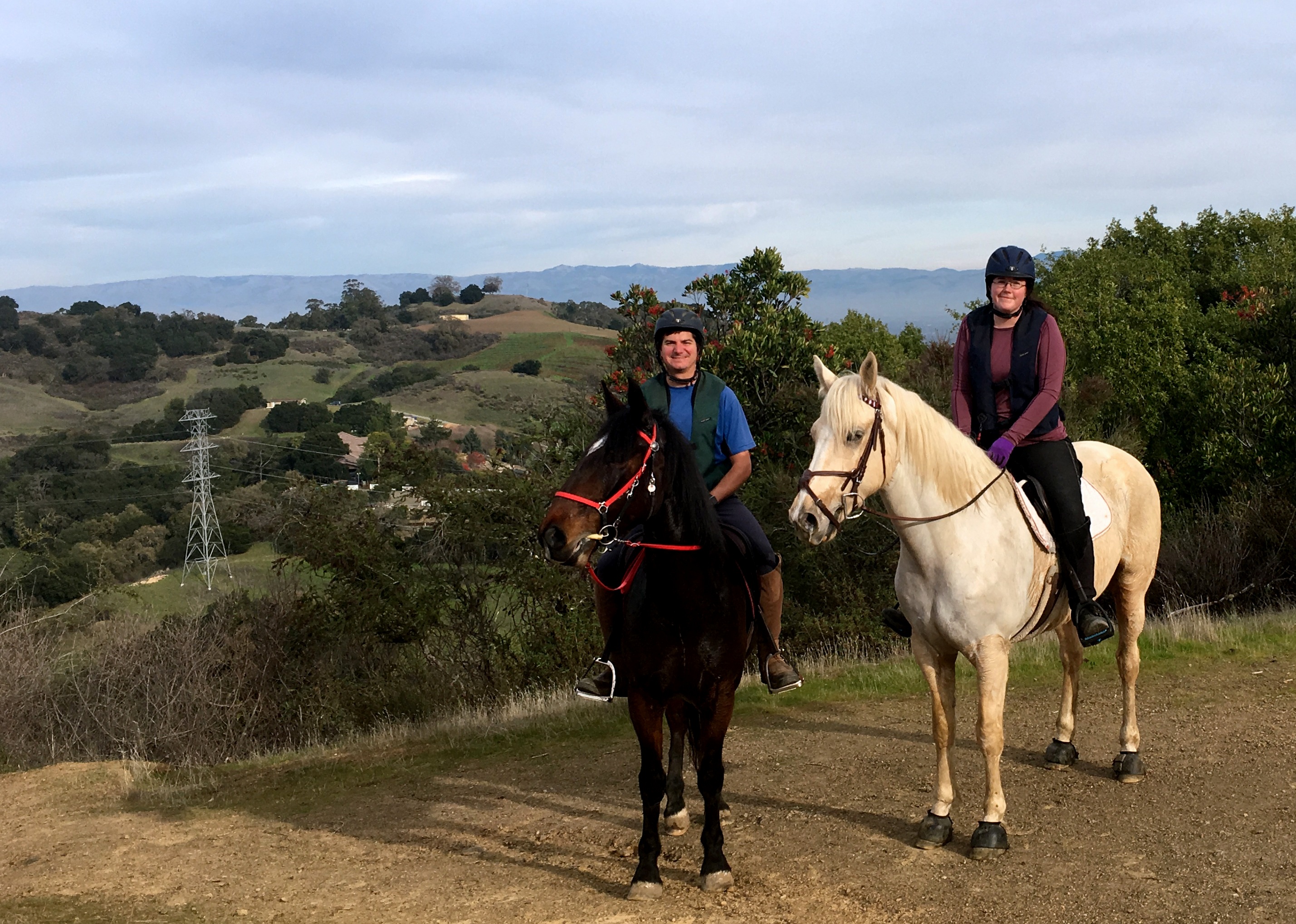 Some guys was taking pictures so we swapped cameras.

In fact, if it’s at a good spot, I’ll try to get them to take a picture with my camera too. We actually get our picture taken so much, I’ve thought about getting those free business cards made and passing them out to ask people to send me their pictures.

Now, this isn’t to say I don’t find it weird sometimes. I’m not really sure why people want to take a picture of a random person riding a horse. Like, what exactly will you do with this picture? Why do you want a picture of a stranger? I don’t take pictures of random hikers or bikers (unless they’re doing something stupid/illegal that I want to document. Some people ask, but most just take pictures. If they ask and the spot isn’t bad, we’ll usually stop and let them get a better shot. 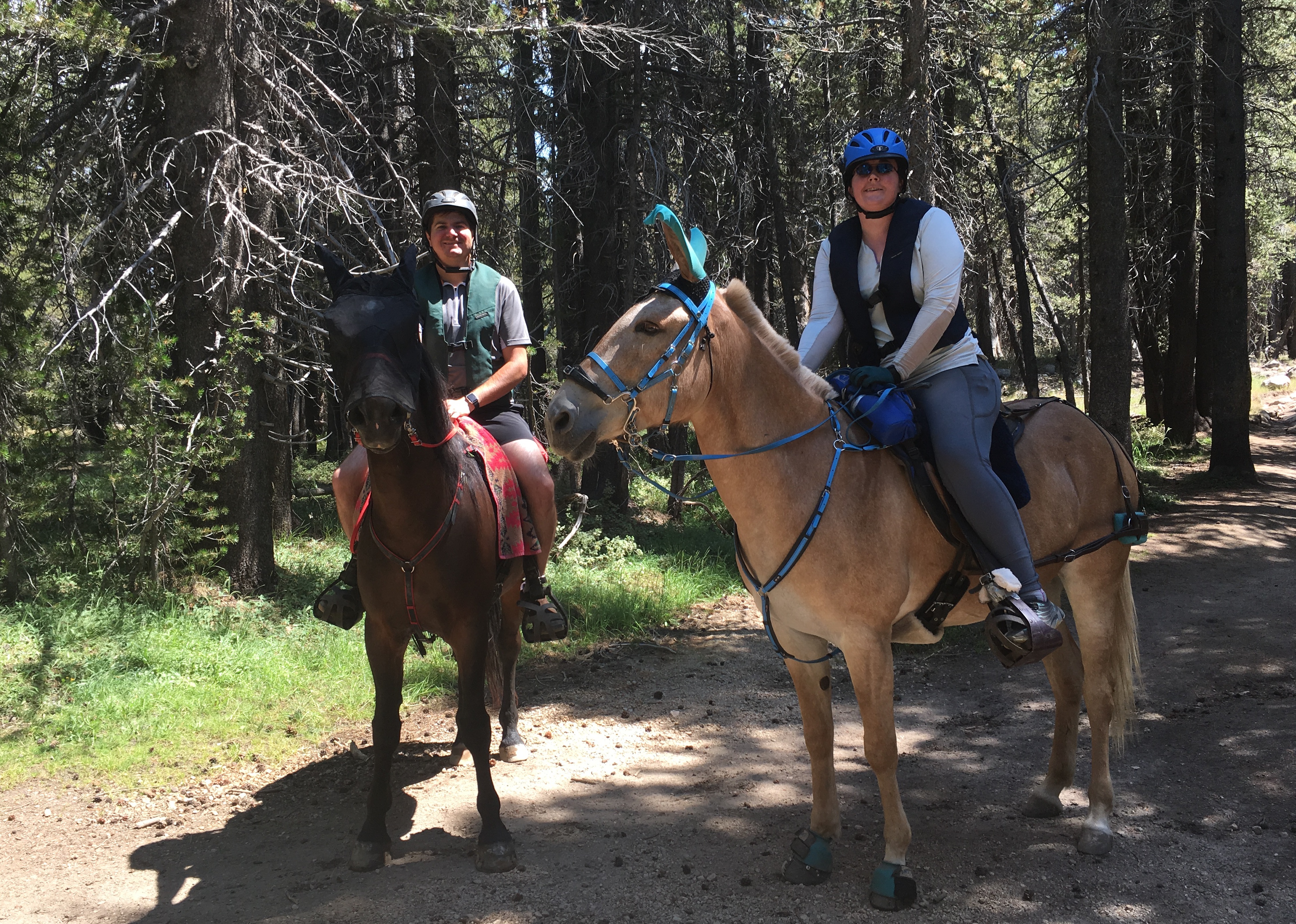 Picture taken by some stranger at Yosemite

Often parents want their kids to pose for a picture near the horses. I also find this a little weird. Kids who want to pet the horse makes sense to me. And taking a picture of the kid petting the horse’s head or neck as a cute moment also makes sense. But some parents will just pose their kids in front of the horse –  with us still riding it – and take a picture. Why is this a memory that you want? Like will you scrap book this as the time Johnny and Susie got their picture taken with a stranger in the park? I don’t get it. But if I can, I usually try to accommodate. The kids do need to be behaved and they do need to ask. If the kid is running around, screaming, or waving sticks: NO. If it’s not a good section of trail to stop on: NO. If i don’t like you? NO. If you act even the slightest bit entitled to touch my horse? F*ck NO. I also generally hesitate to let people pet Levi as he’s still hates standing still and I don’t want anyone getting knocked over or stepped on, but, when I can safely do so, I try to make it happen. 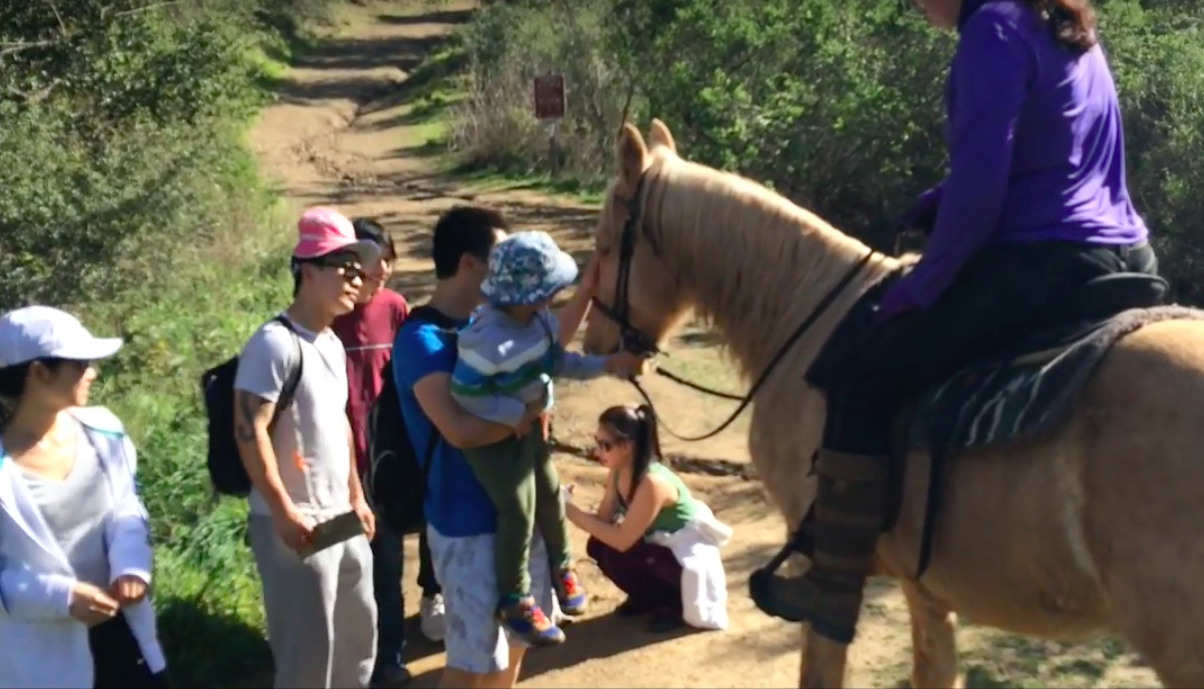 Dijon is the champion crowd pleaser

Why do I do this? Two reasons. 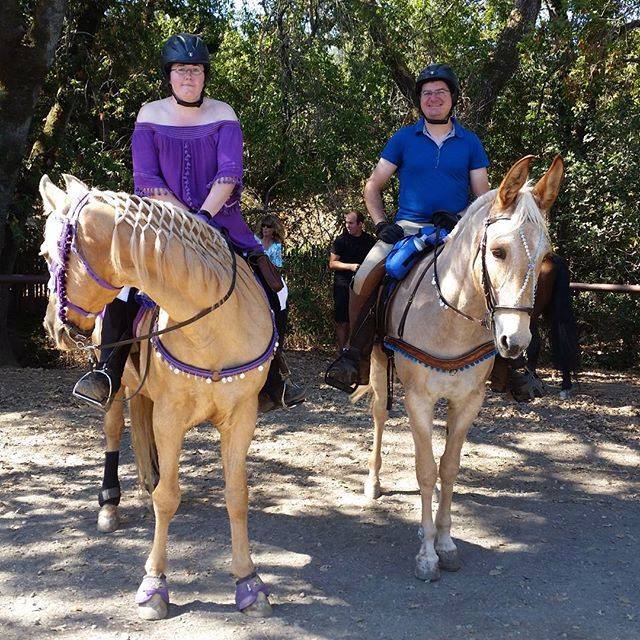 If you think I’m sounding too goodie-two-shoes about this, hold on. Anyone who has met me in real life will testify that I am not what you would call a “nice person.” If people are assholes, I will give it back. Technically, hikers and bikers must yield to horses in California, but I usually move over for bikers if I can. And I’ll try not to make people climb into poison oak or do weird things to get out of my way.  But if you start something with me, I’ll fight back. I’ll refuse to move, yell at you, direct you where you need to be, or tell your demon child to drop their whirling death stick. I once kneed a man in the face because he refused to move over and kept walking straight down the middle of the path towards me. I stopped, but had no where to move to that wasn’t dangerous so I stood my ground and he walked right into me, but really face vs. knee isn’t a fair fight and he definitely regretted that decision. 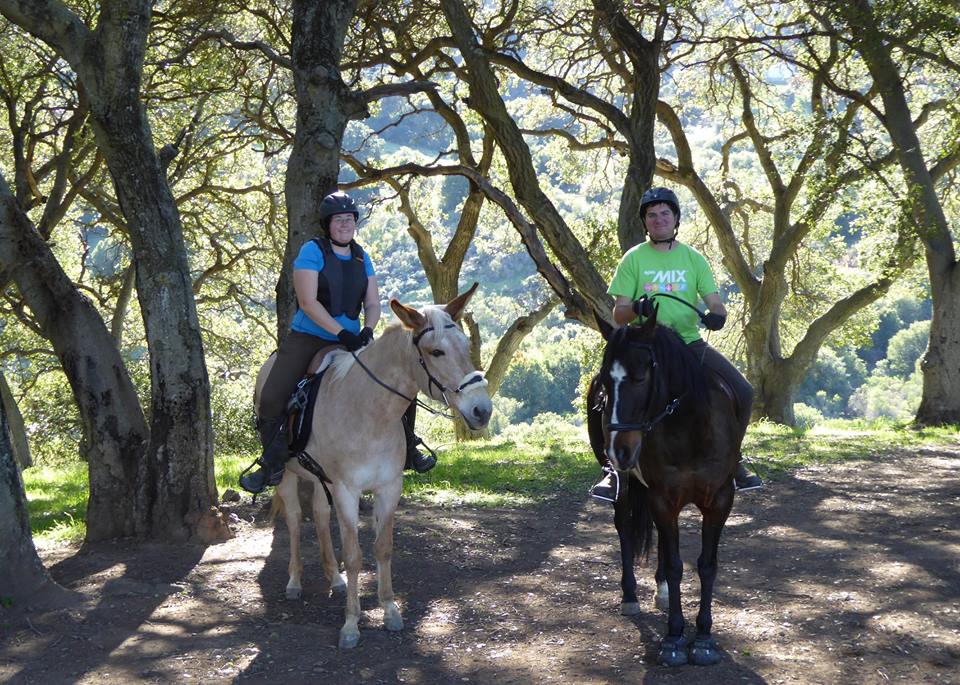 I have my beefs with people. Especially people doing potential scary things like flying drones, pushing strollers on dirt single-track trails (why are you here?), coming flying up my horse’s ass on your bike, having uncontrolled dogs, or uncontrolled kids. But at the end of the day, I’m the minority out there. While it would be nice if people would stop flying drones around my horses – and I swear to god, when I buy my own property, I will buy a buckshot rifle and shoot down drones over my property even if that’s still a grey area legally… or even if it’s not legal…sorry – tangent – I generally try to prepare my horses for the worst, hope for the best, and, if possible, get some good pictures out of it. 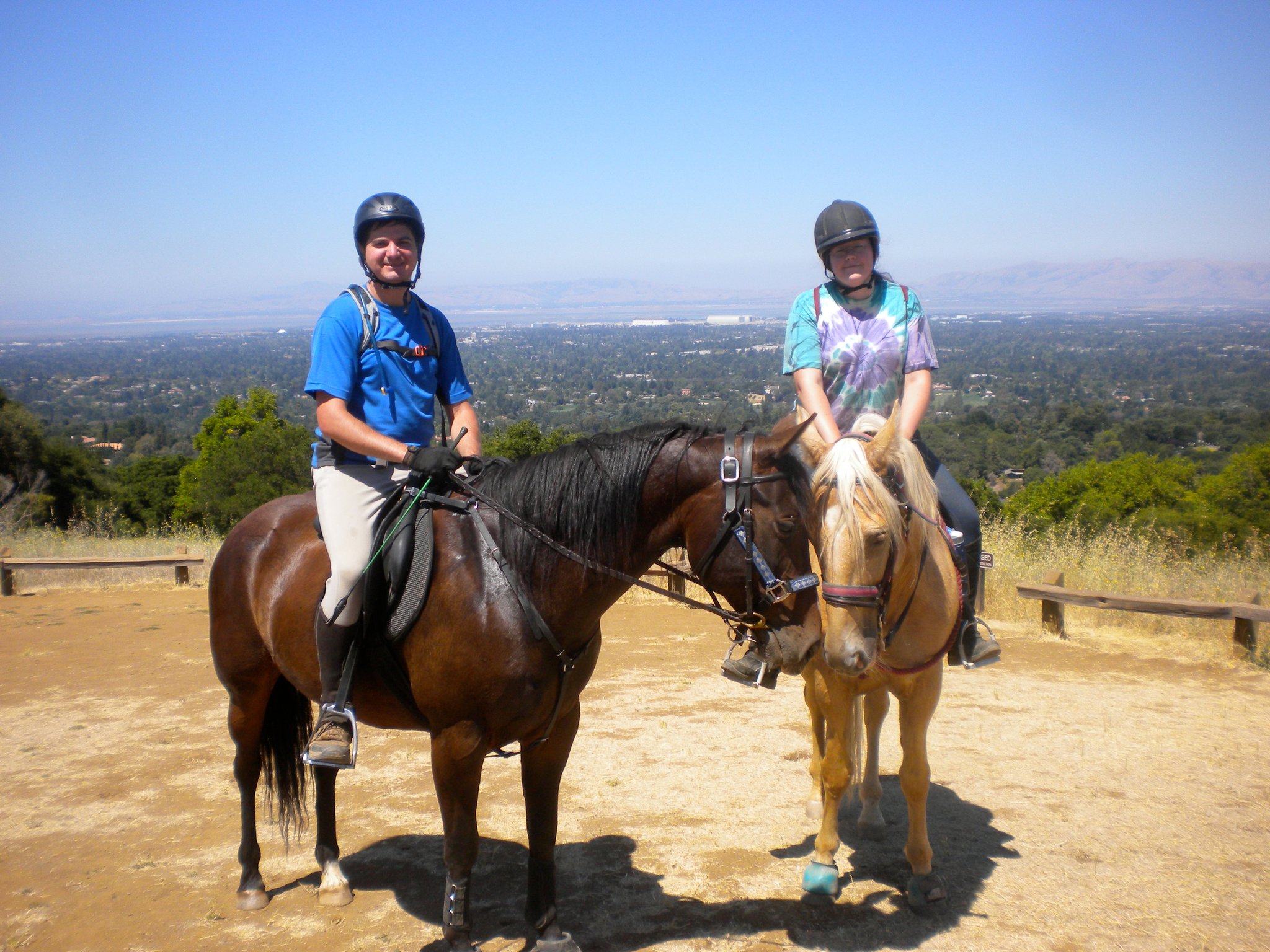 How about you, readers? What do you think of people taking your picture when you’re out riding? Feel free to disagree with me; I think I’m in the minority with not being bothered.

39 thoughts on “Smile for the Camera”