Since we were already going to the Grand Canyon, we decided to do as much as we could in the area during that week. This was a pretty intense amount of driving. Our trip started on Friday when we picked up my friend from work and headed down to Harry Potter World (and the rest of Universal Studios, but who cares about that). 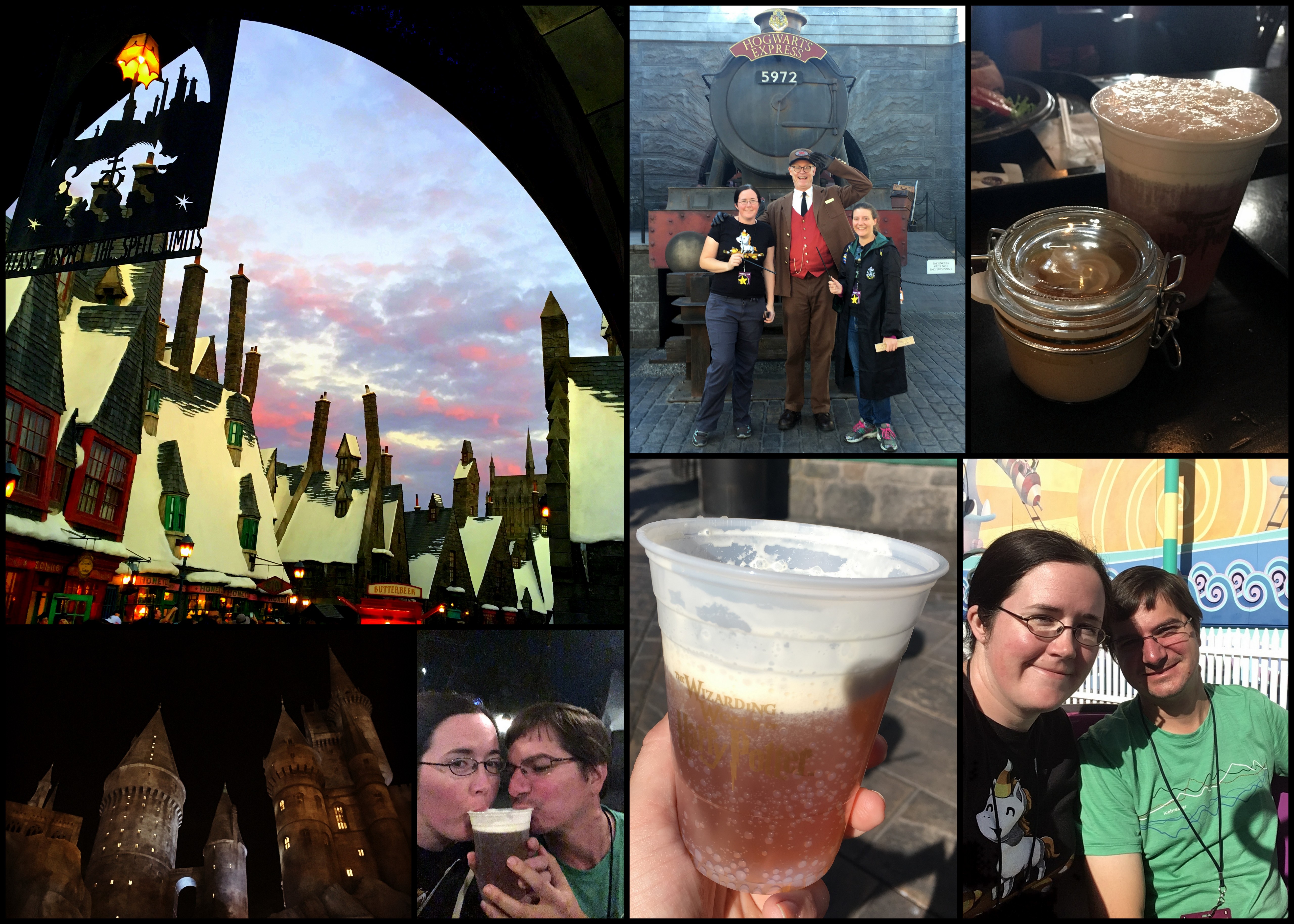 Actually, the rest of Universal Studios was pretty cool. We got the front of the line passes, which I would 100% recommend. I get rather motion sick from the new-fangled 3D rides, but loved the Minions area, the Studio Tour, and the Jurassic Park ride.

On Sunday, we hit the road on our way to Las Vegas where we planned to pick up my dad. We stopped in Mojave along the way. There’s a cave that’s the remnant of a lava tube from when the whole area was volcanic. You have to drive 5 miles down an unpaved and un-signed road to get to it, but it’s totally worth it.

🎶Is this the real life? Is this just fantasy?🎶 Inside a lava tube in Mojave National Preserve. #mojavedesert #mojavenationalpreserve

From there we drove on to Vegas where we collected my dad from the airport and checked in to our hotel. We had time for a quick dinner before we saw Cirque de Soleil’s Beatles Love at the Mirage. I’ve actually been to Vegas a bunch for work conferences and I’ve seen every show except for Zumanity (which I did not want to see with my father) and my dad wanted to see this one. If you’re going to Vegas, I would say Ka is the best Cirque show though. After the show, we wandered the strip and watched the Bellagio fountains, which are my favorite part of the strip. 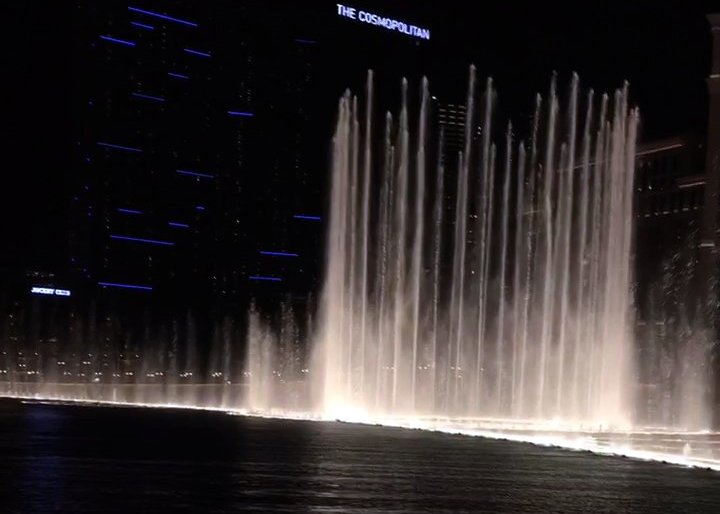 Monday morning we were off to go Ziplining in the canyons outside of Vegas and then stopped at the Hoover Dam for a tour. I highly recommend both of these activities. I’ve done the Dam tour before and it’s really cool. You get to go down into the Dam and see the power plant and then the tunnels inside the Dam. Ziplining was awesome too. Then we continued our road trip and made it to Kingman, AZ. 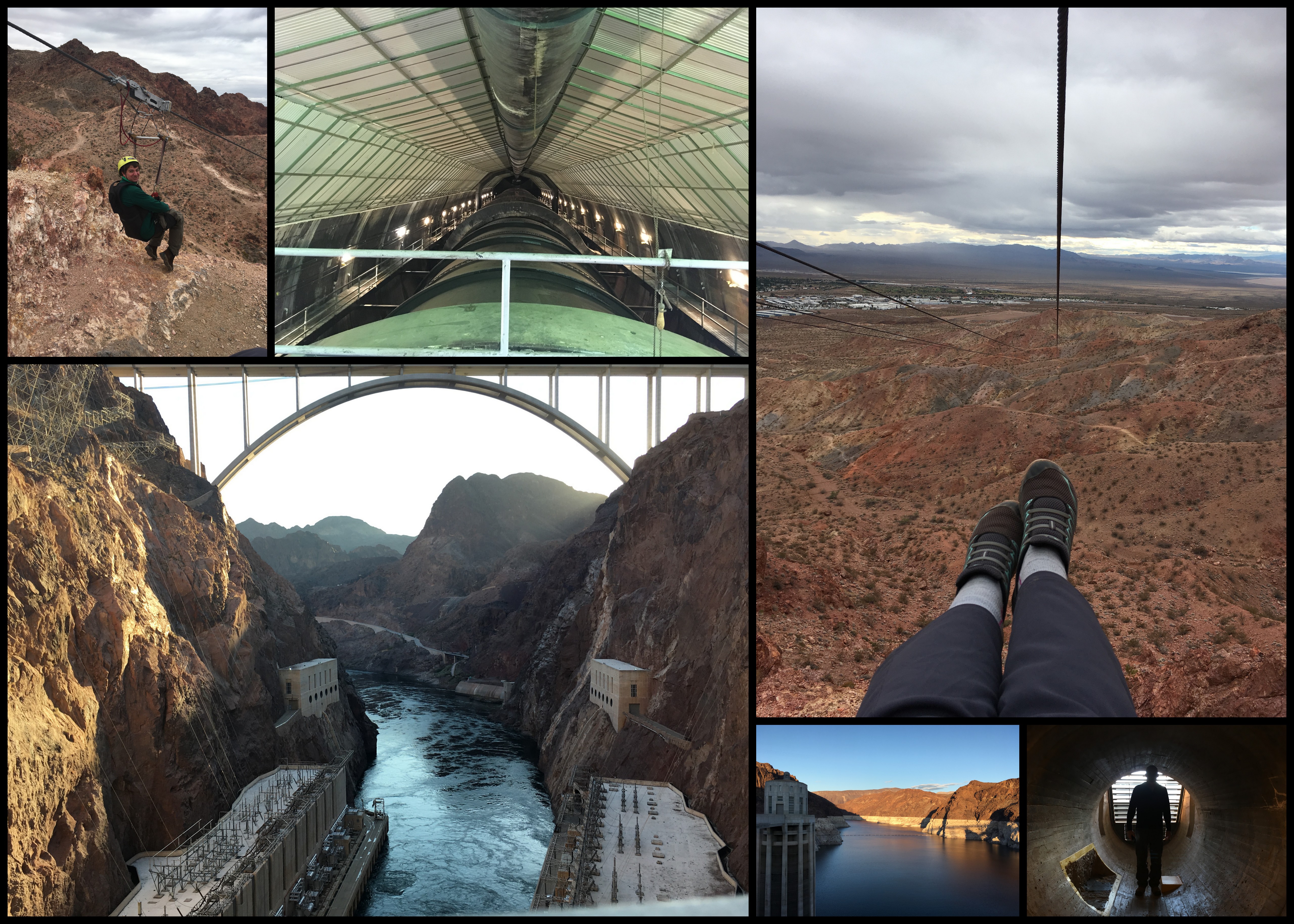 On Tuesday, we traveled Route 66 and drove to Oatman, AZ. This town is one step away from a ghost town, but it is populated by a herd of wild burros that come in from the desert everyday to get fed by tourists.

The burros were so cute. The babies were the best; they were super friendly and so fuzzy. I wanted to steal them. The adults are mostly interested in food. You’re not technically supposed to feed them and I’ve read the BLM will ticket you, but the stores sell alfalfa cubes to the tourists and they clearly expect food. We didn’t buy any burro food, but we did buy some chocolate and the one Burro chased my husband around thinking the bag must be for her. 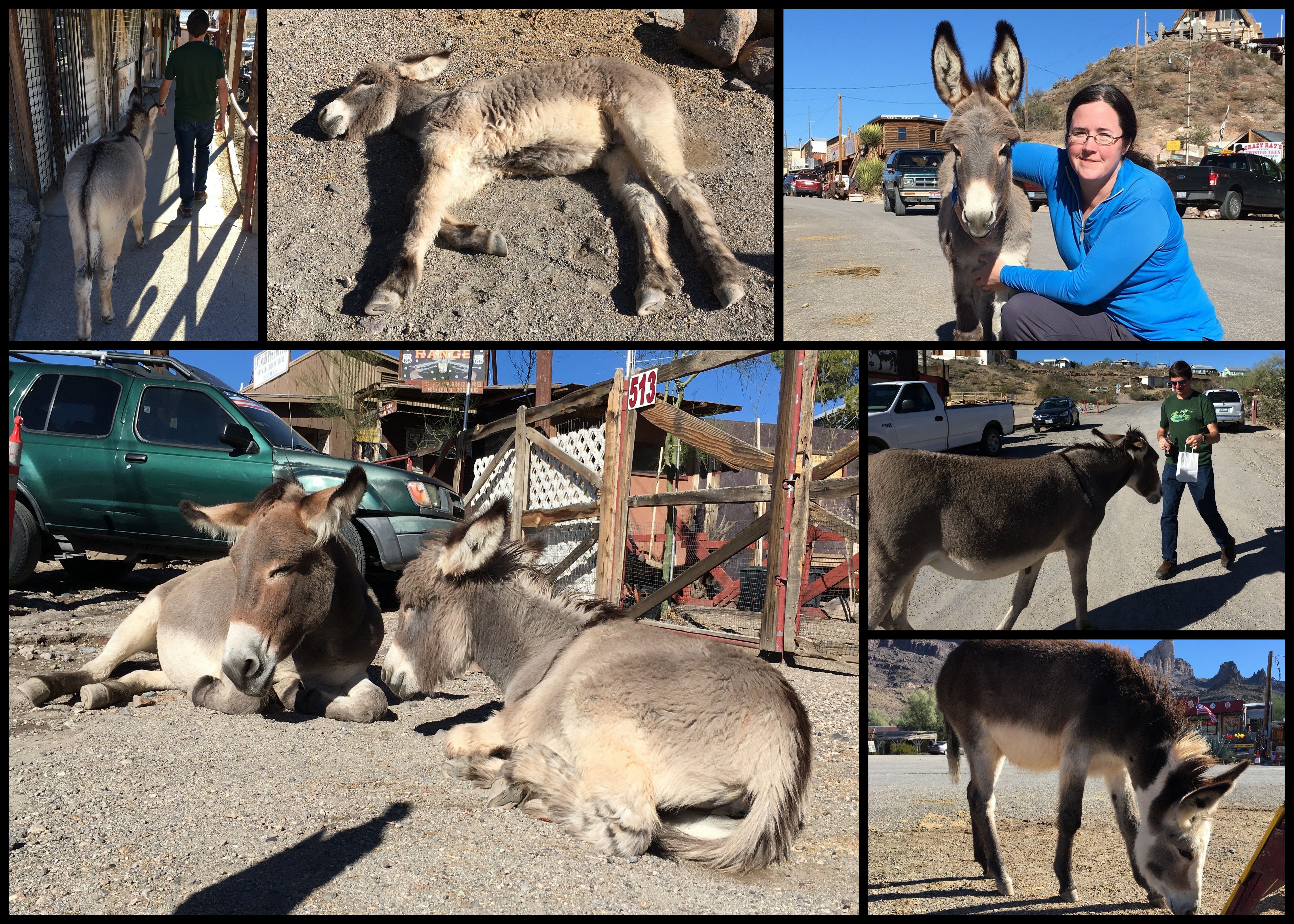 After Oatman we drove to the Grand Canyon for the mule ride I posted about before. Following the ride, we drove out to the Desert Watch tower and then made a quick stop at Horsehoe Bend on our way to Bryce Canyon. While gorgeous, Horsehoe Bend was insanely crowded. There are no railings and everyone seems intent on getting as close to the edge as possible so it was really very unnerving. Multiple people have fallen to their deaths there, but that hasn’t seemed to stop anyone.

““I know that our bodies were made to thrive only in pure air, and the scenes in which pure air is found.” ~ John Muir #optoutside #nationalpark #horseshoebend

We arrived at our cabin outside of Bryce National park just in time to get dinner and some groceries. The next morning we were up and off to check out Bryce. We started by hiking the Queen’s Garden trail to the Navajo Loop. The trails were gorgeous. We had perfect timing as there was enough snow to make the views amazing, but the trails were still passable. 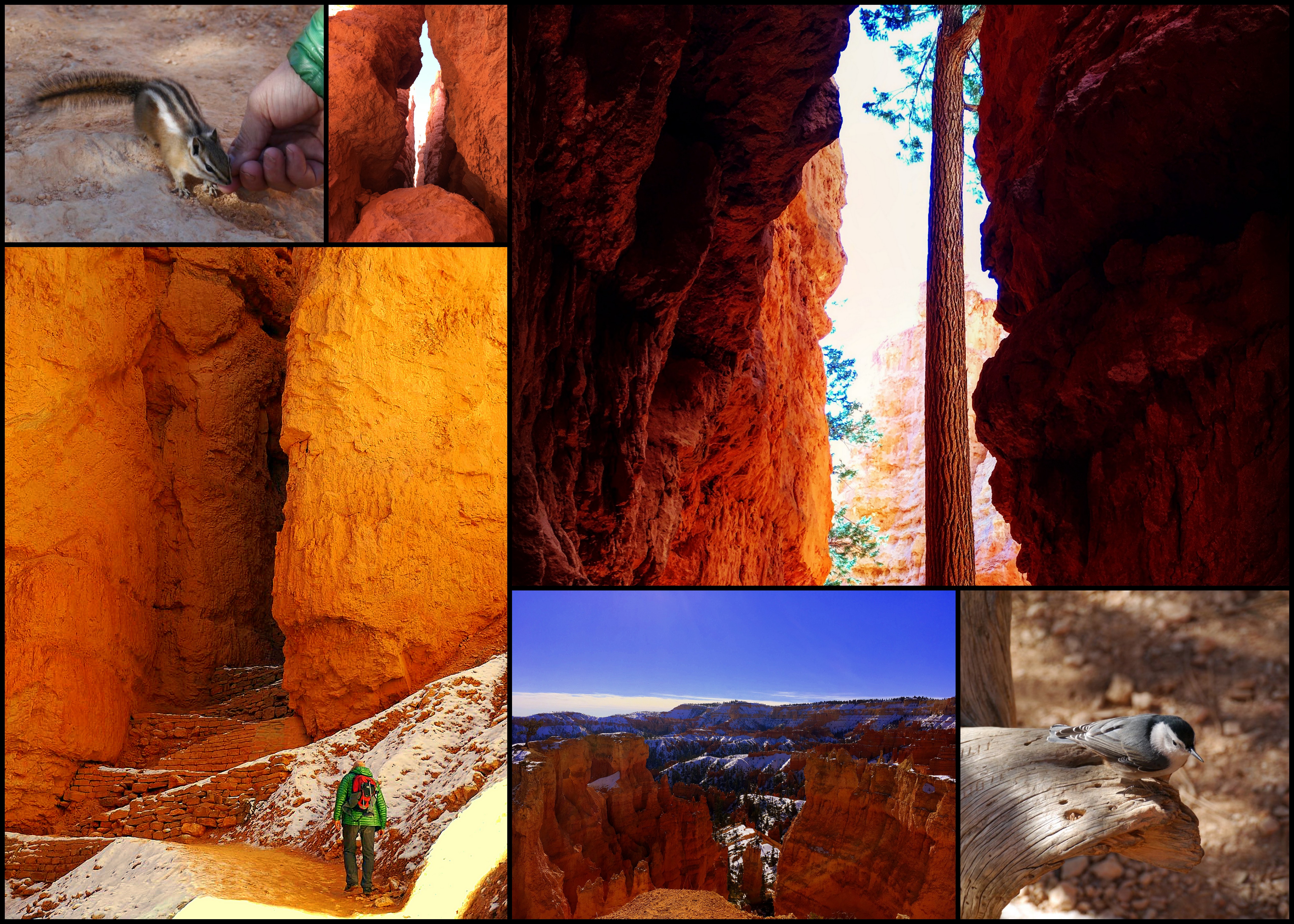 After hiking in the canyon, we went up to one of the viewpoints and hiked the Bristlecone Loop, which was surprisingly lacking in actual Bristlecone Pines. But it was at a much higher elevation and covered in snow. 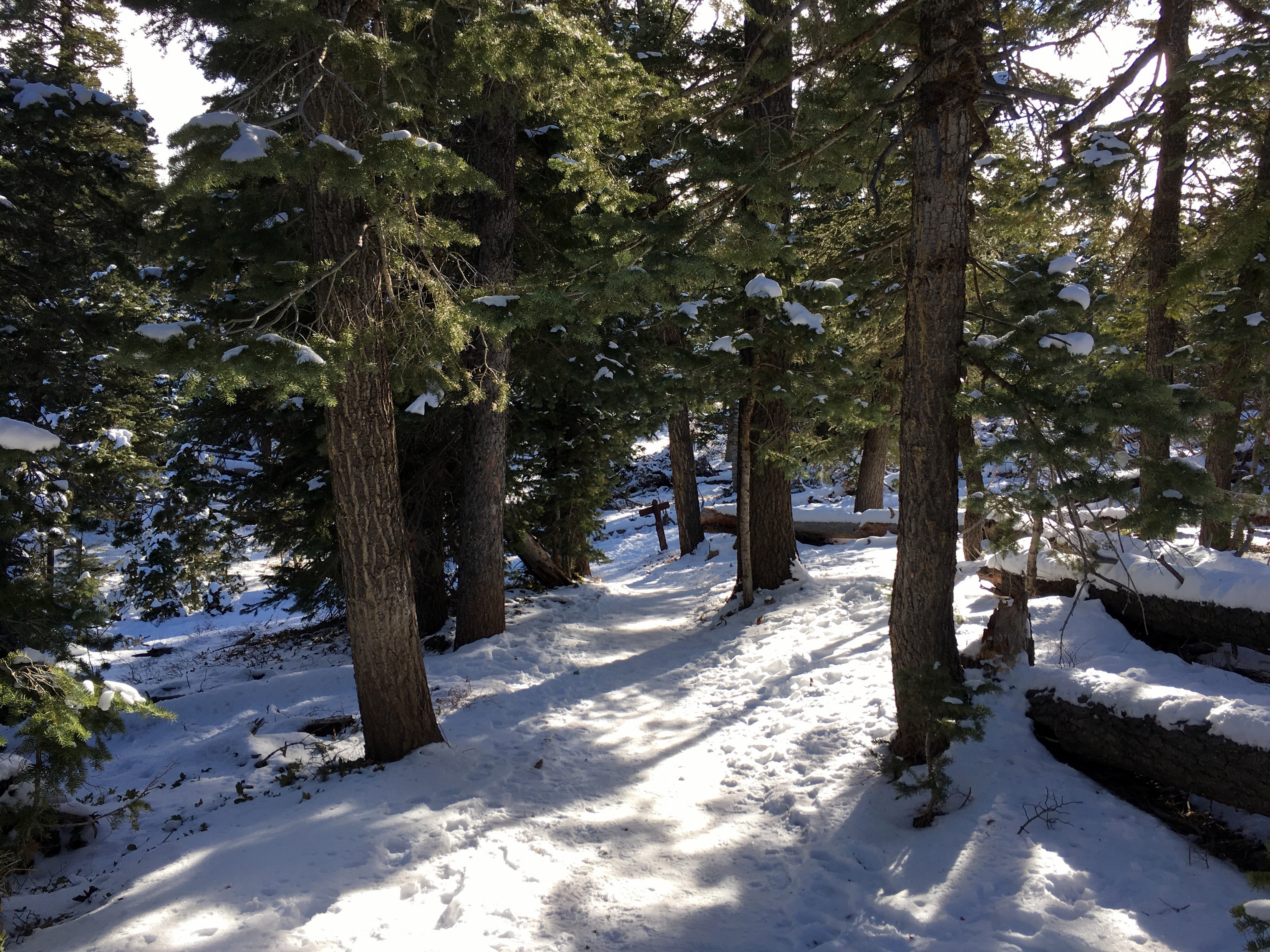 We had some hot chocolate to try to warm up and checked out some of the drive-to viewpoints. It was freaking cold by this point so we got dinner and headed back to our cabin to change. I put like 5 millions layers on and we went back out into the cold to go to a telescope program run by Dark Sky Rangers. Sadly, the snowstorm moving in made it difficult to see the stars, but the guide raced back and forth trying to track down cosmological sights as they poked through opening in the clouds. It was really awesome and not too cold given how many layers I was wearing.

“I have come forth to this hill at sunset to see the forms of the mountains in the horizon – to behold and commune with something grander than man.” ~Thoreau #brycecanyon #findyourpark #nationalpark

The next morning we woke up early and were on the ride by 6am to make the drive back to Vegas where we left my dad at the airport around noon. Then it took us 4 hours to go 60 miles and I learned that you should never, ever, try to drive out of Vegas on a Sunday and the Sunday after Thanksgiving is probably the worst. We ended up getting off the highway and traveling miles out of our way on the backroads of Mojave just to get away from the damned traffic. We didn’t get home until 2:30am. We were totally beat. And we put nearly 3000 miles on our new car. I think we’re done on road trips for a long time.

“Nature is an infinite sphere whose center is everywhere and whose circumference is nowhere.” ~ Blaise Pascal #mojavedesert #mojavenationalpreserve #prismaapp

Have you ever done a road trip? Would you do one again?

P.S. EquinPilot is doing a giveaway of a Riding Warehouse gift certificate. Check out the contest and enter to win here.

26 thoughts on “Road Trip Through the Southwest”