When Roeckl reached out to me and asked me if I wanted to do a review of their riding gloves in exchange for a free pair, I responded that we already own and love Roeckl gloves and I’d be happy to do a review. I asked if they would they be willing to sponsor a giveaway on the blog and they agreed. Disclaimer time: Roeckl is sponsoring a giveaway and a lucky reader will win a free pair of gloves. I was not required to write a review. All opinions are my own 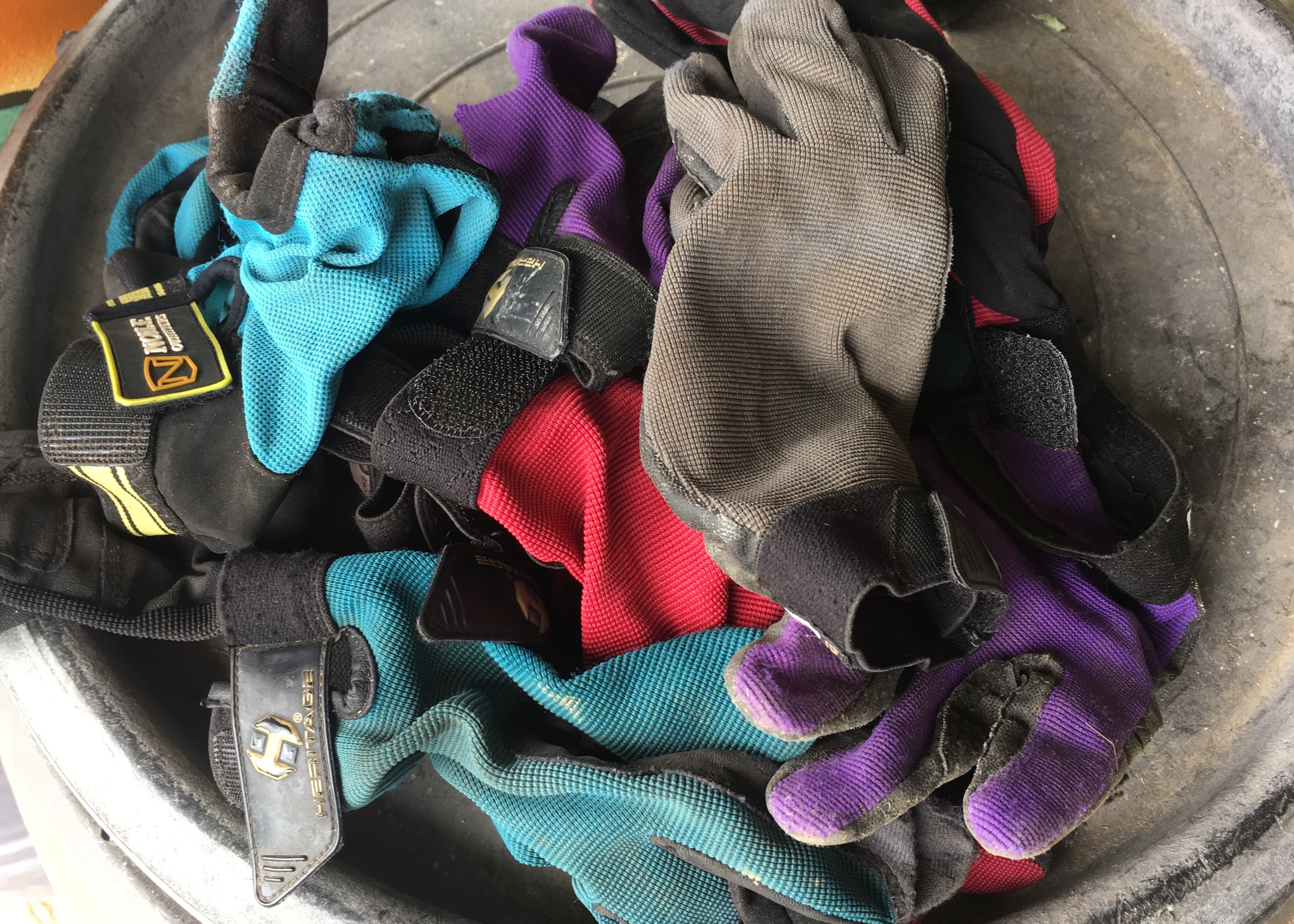 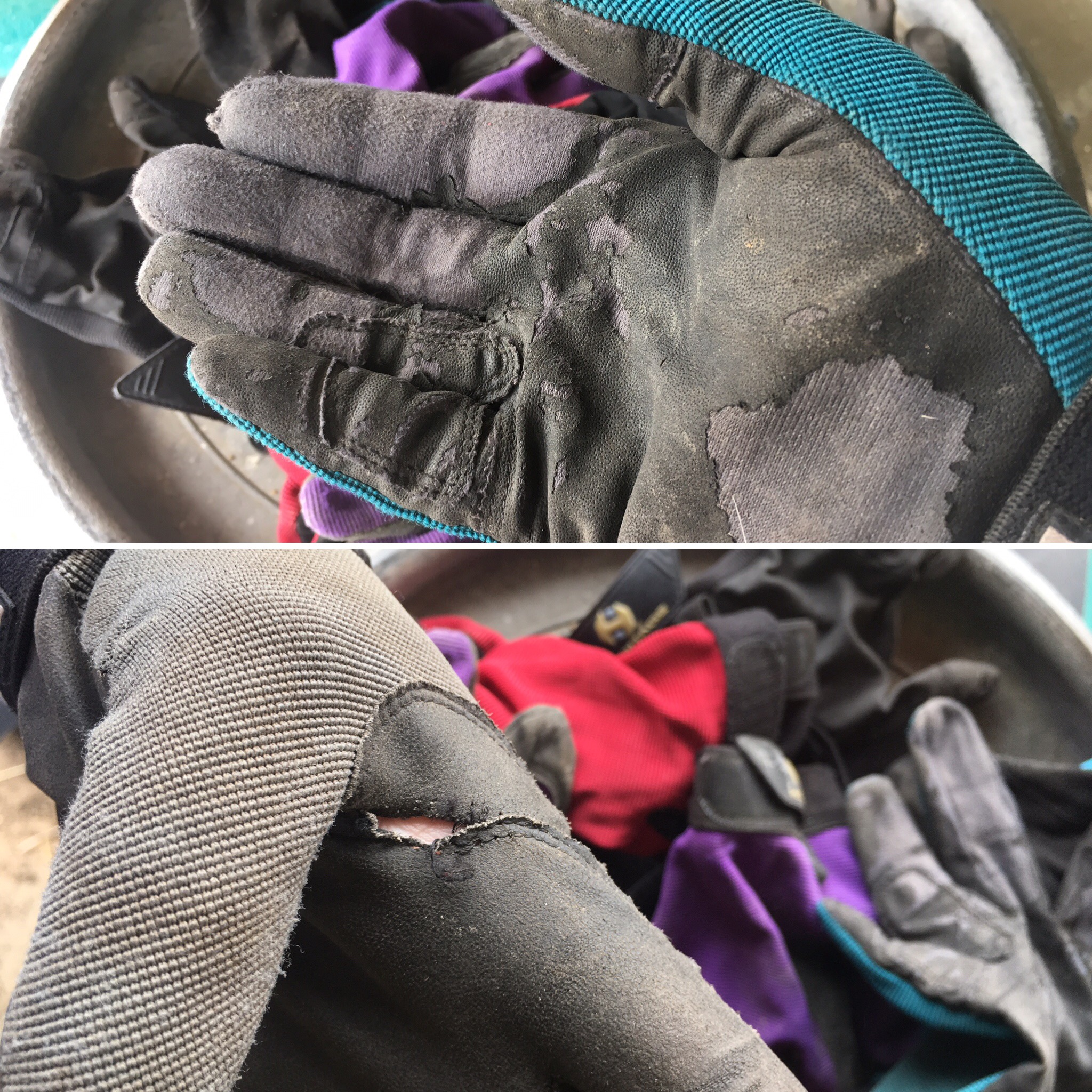 Meanwhile my husband owns three pairs of gloves in total: one for shows, one for winter, and one for everything else. He’s more of the spend more on something nice and then it lasts forever type. He wears his gloves for years. Because his every day pair gets dirty from barn chores, I insisted he get a new pair for showing. About a year ago, he chose the Roeckl Grip as his show pair and they’ve held up really well over time. 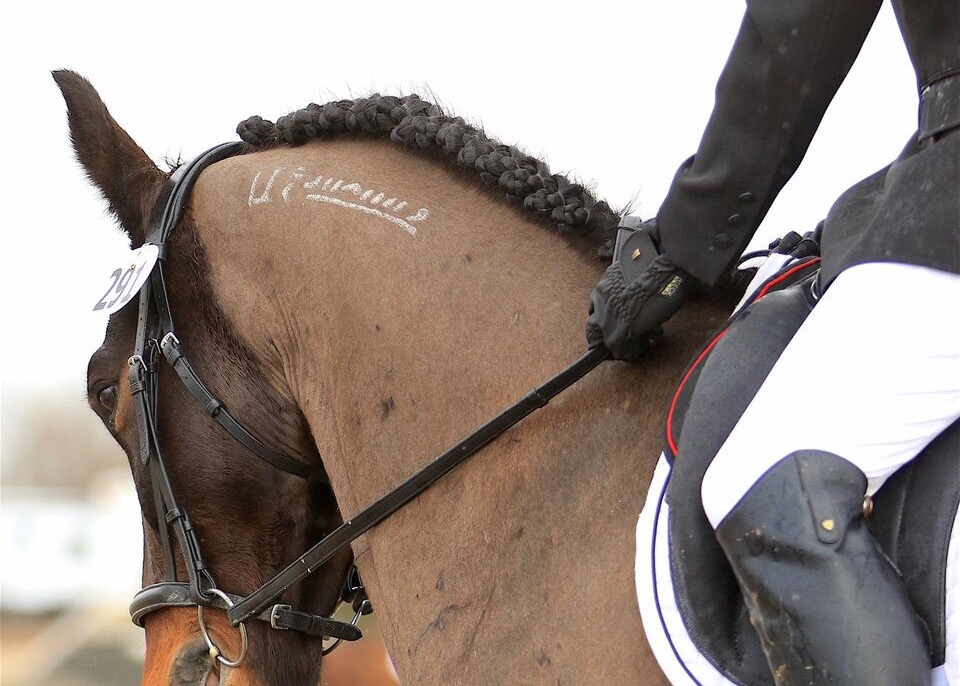 They’ve held up so well, that this year he bought the Roeckl Grip Winter when we stopped at a tack store while on vacation. Although I’ll walk around in 5 layers and complain about being cold when it’s 60 out, as soon as I start riding I get hot fast. I also hate thick gloves when riding. Although I stuck to my regular gloves this year, I fully plan on getting a pair of these gloves when we move to a state with real winters. The Roeckl winter gloves are thin and soft while still being warm. 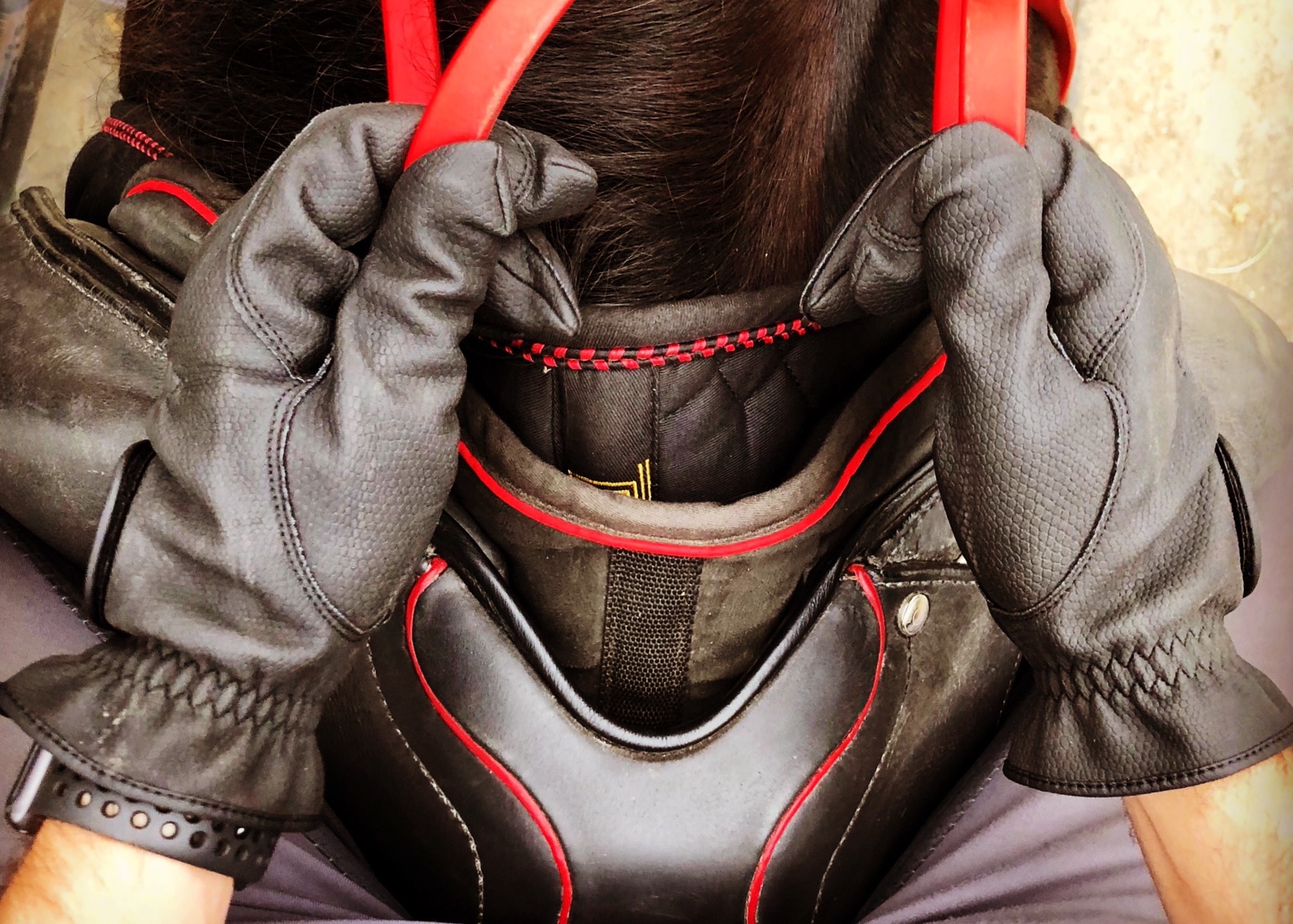 After admiring his and longingly petting so many pairs of Roeckls in tack stores, finally decided to ditch the cheapies and try getting a pair of quality gloves that would actually last. As pretty as the Roeckl Grips are, I decided to get the Roeckl Mendon gloves. Because I wear my gloves all the time (even on long trail rides and endurance rides), I like them to be as lightweight and breathable as possible. The Mendons have the same soft ROECK-GRIP® palm as the grips, but the backhand is a mix of mesh and perforated fabric. 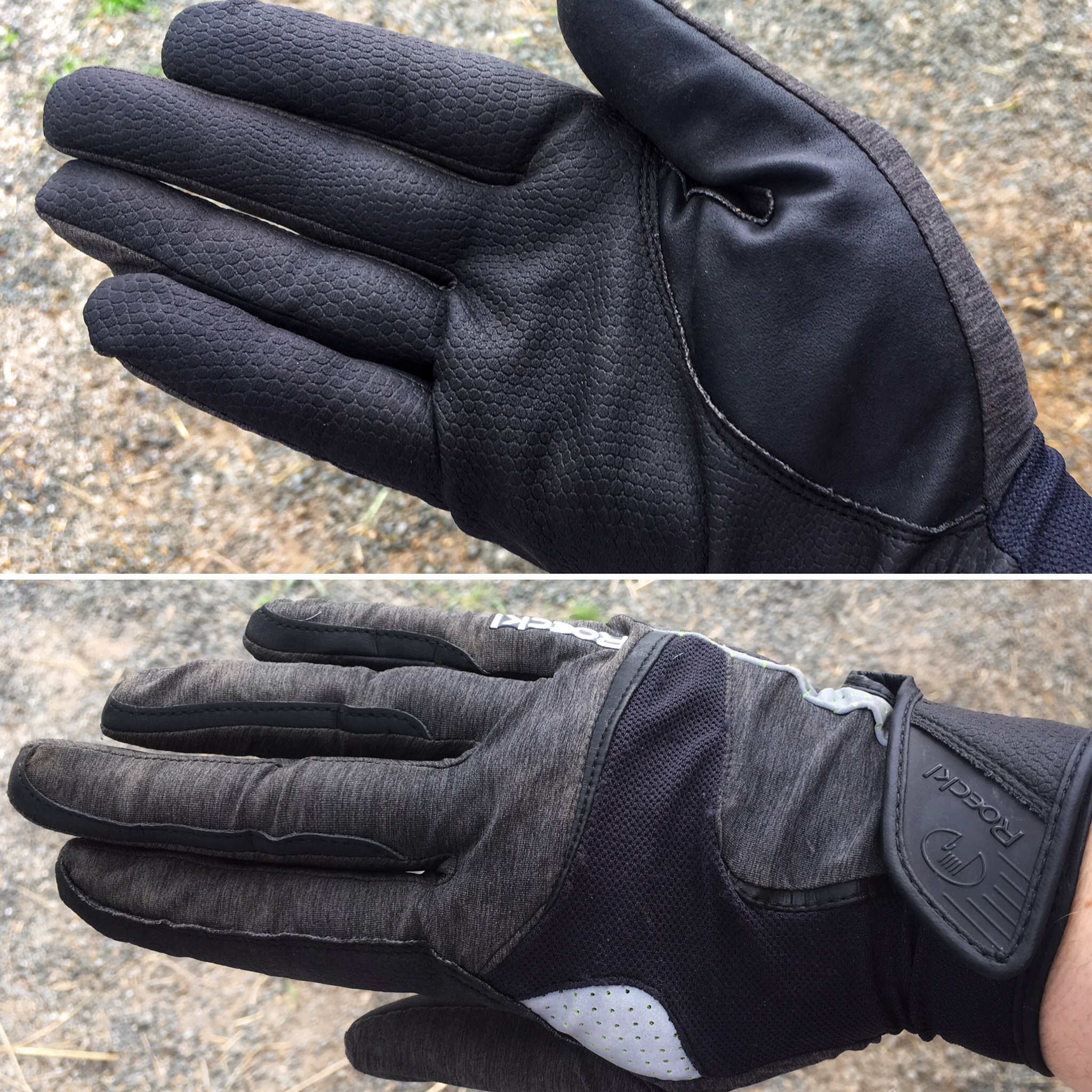 They are so thin and lightweight that they’re fairly close to feeling more comfortable on than nothing. I kinda just wore them around the house when they first arrived. They’re also touchscreen compatible, which is an absolute requirement in gloves for me. I check the touchscreen compatibility of gloves in the store before I buy them and will put anything back that doesn’t work on my phone and watch. You seriously couldn’t pay me to wear gloves that aren’t touchscreen compatible. We don’t even have cell service at our barn so it’s not like I’m spending a lot of time on my phone. I mostly just want to be able to use my camera. Luckily, these work just fine for pictures, texting, and all other screen usage. 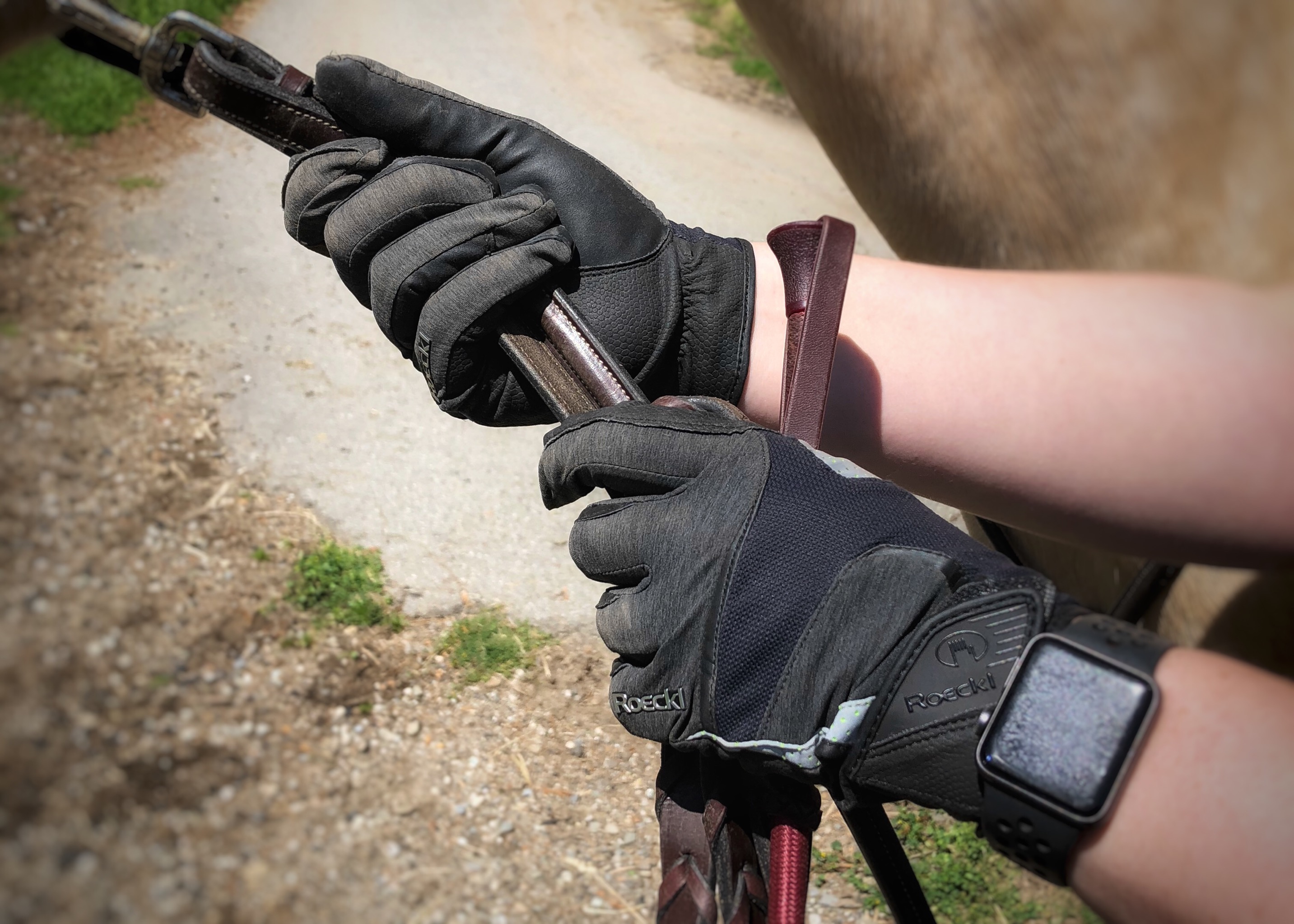 I’ve had these gloves for over a month now and I really like them. Although Levi has spent a lot of that time trying to be a pasture pet, I have worn them for a few rides including schooling, cattle sorting, a trail ride, and two schooling shows. Although they’re not really show gloves, the coloring is subtle enough for a schooling show. Honestly, the only thing I’d really complain about is the logo on the pinky. It’s flexible and doesn’t effect the fit or comfort of the gloves, but it’s a little obvious for me. Then again, I spend time with my seam ripper pulling logos off all of my new equestrian gear before using it, so I might not be normal.

As I mentioned in the beginning, Roeckl has offered to giveaway a voucher for a pair of Roeckl gloves of your choice. This is such an awesome prize; I wish I could win it myself. I’d really like a pair of Roeckl Grips for show gloves too! To enter, check out Roeckl’s catalog and leave a comment on this blog with which gloves you’d pick if you won. Make sure you complete the Rafflecopter to record your entry.