The Intro division was doing the BN A test, which I’ve memorized so that was nice. We warmed up okay, but Levi was being pokey as all get out. I really hate when he’s like that because if I get after him to move forward, he takes the easier option and breaks gait. 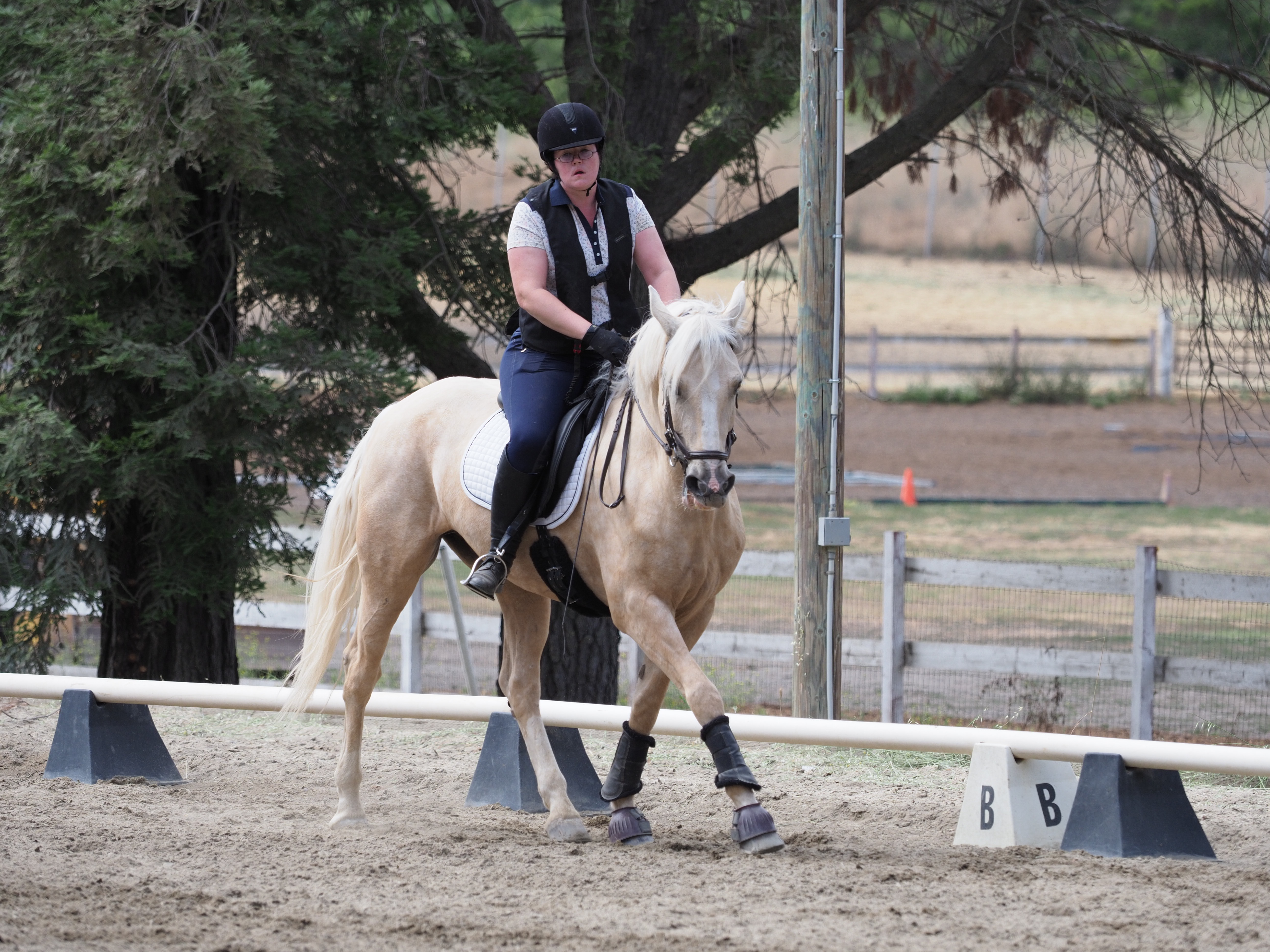 This was one of the ugliest clean tests we’ve done. We’ve certainly done worse, but this was not a good test. We poked along with me unable to get Levi into the contact because we had zero impulsion so most of the pictures have his head up in the air giraffeing around. When we got to the canter transition, he was so unresponsive to my seat and leg, I had to turn my spur in and give him a jab. Which he objected to quite strongly: 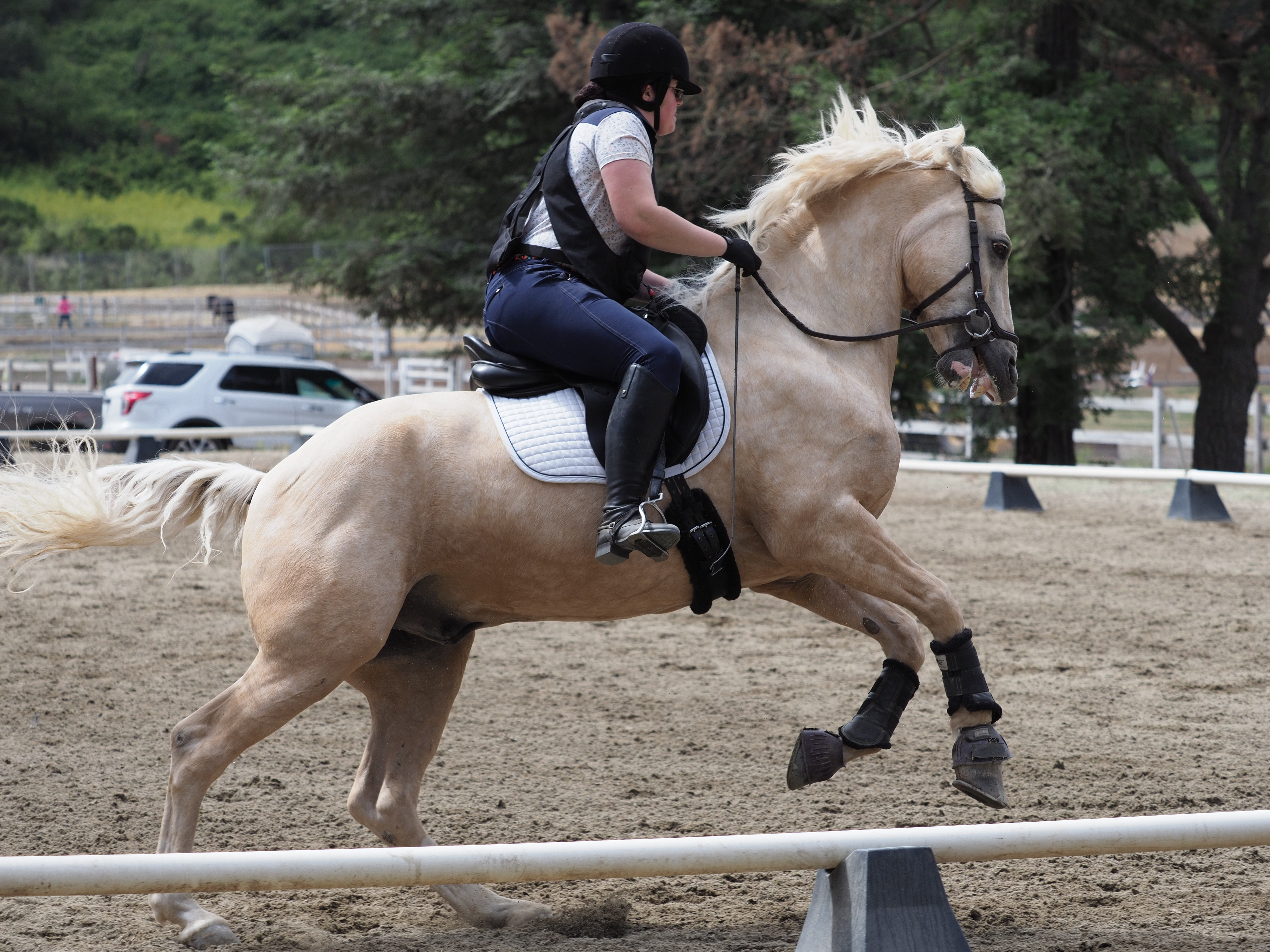 Interestingly enough, the judge’s comment for this one was “croup high.” While it’s certainly ugly, I’m not sure it could be more uphill. The free walk was so damned slow. I kept trying to push him to move, but was worried about him breaking to trot. I probably should have just taken the penalty and schooled since the judging was too generous to be useful anyway. 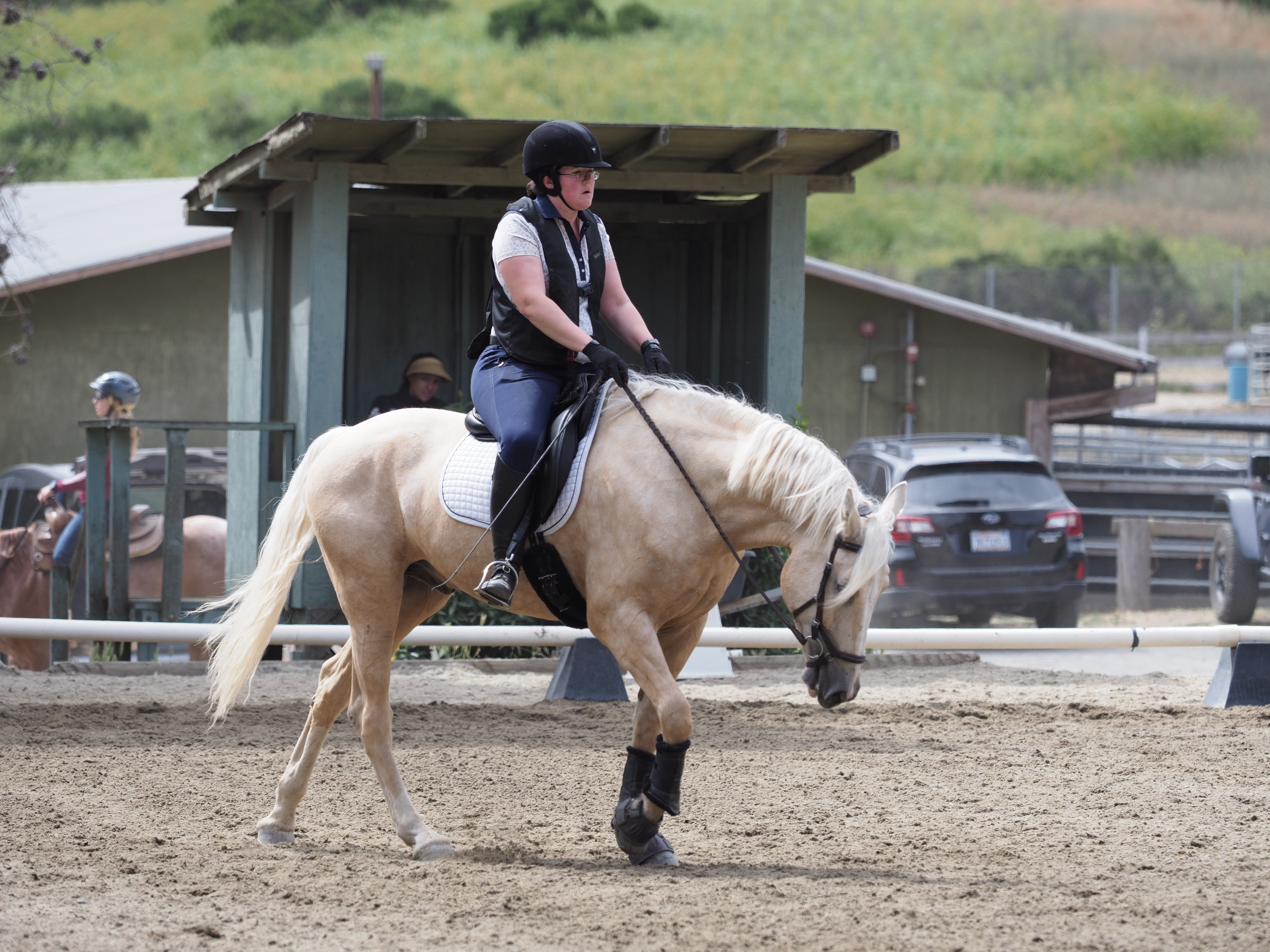 We finished the test and had a bit of time to change tack and then hang out. I dropped down to Intro to get some confidence back. The advertised height was 2’3″, but most of the jumps were 2′ or under. I didn’t mind though, I just wanted to do little jumps. We left the start box and Levi pitched a hopping fit. So I made him trot to the first jump. He thought that was stupid as all get out, but he did it. Then he wanted to go fast again so we trotted the next jump. 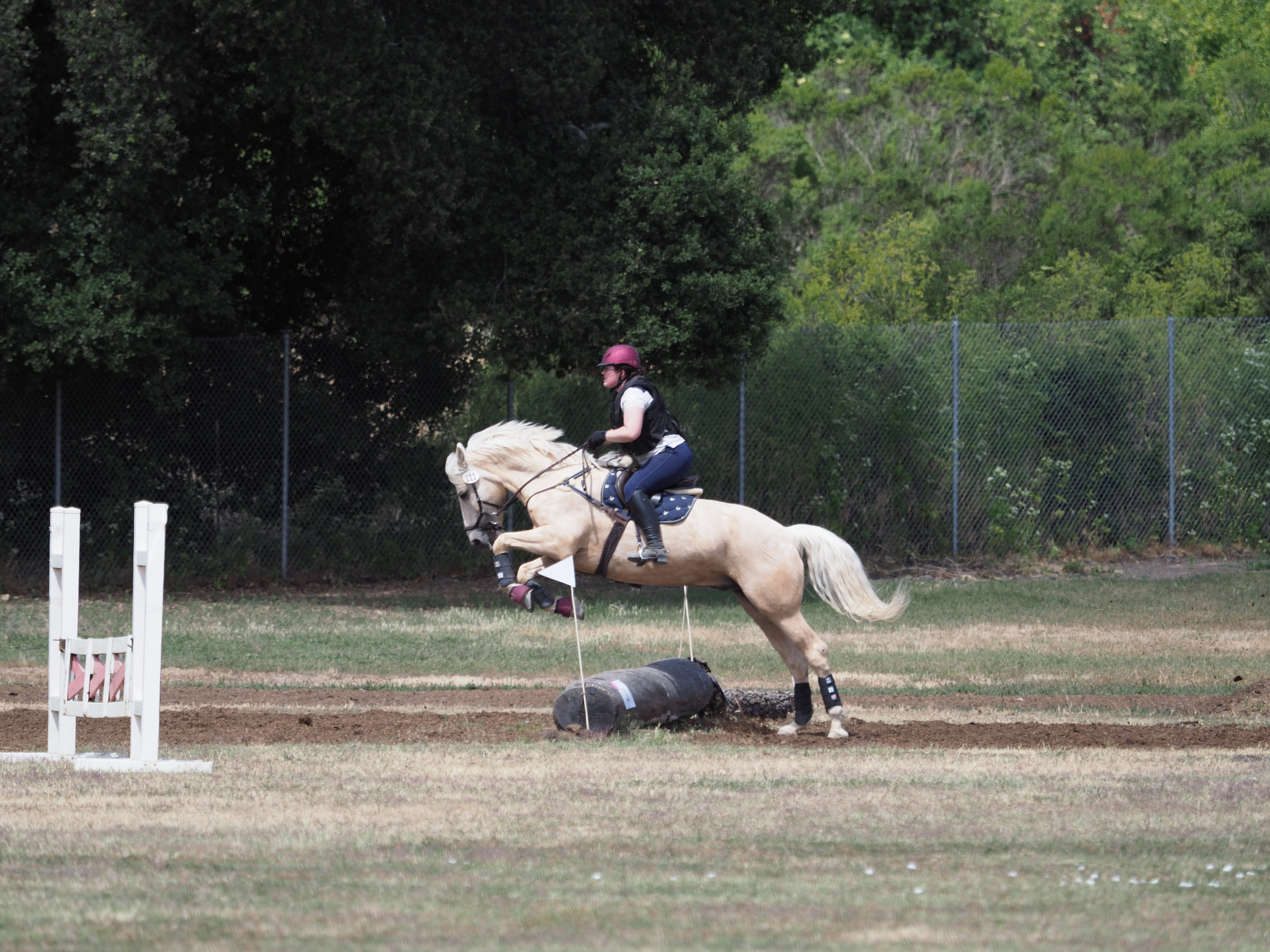 Doesn’t matter if the jump is tiny, Levi will make it big.

I tried letting him canter towards the third and he got all hot and bothered so I trotted and circled him and then we did the little jump. 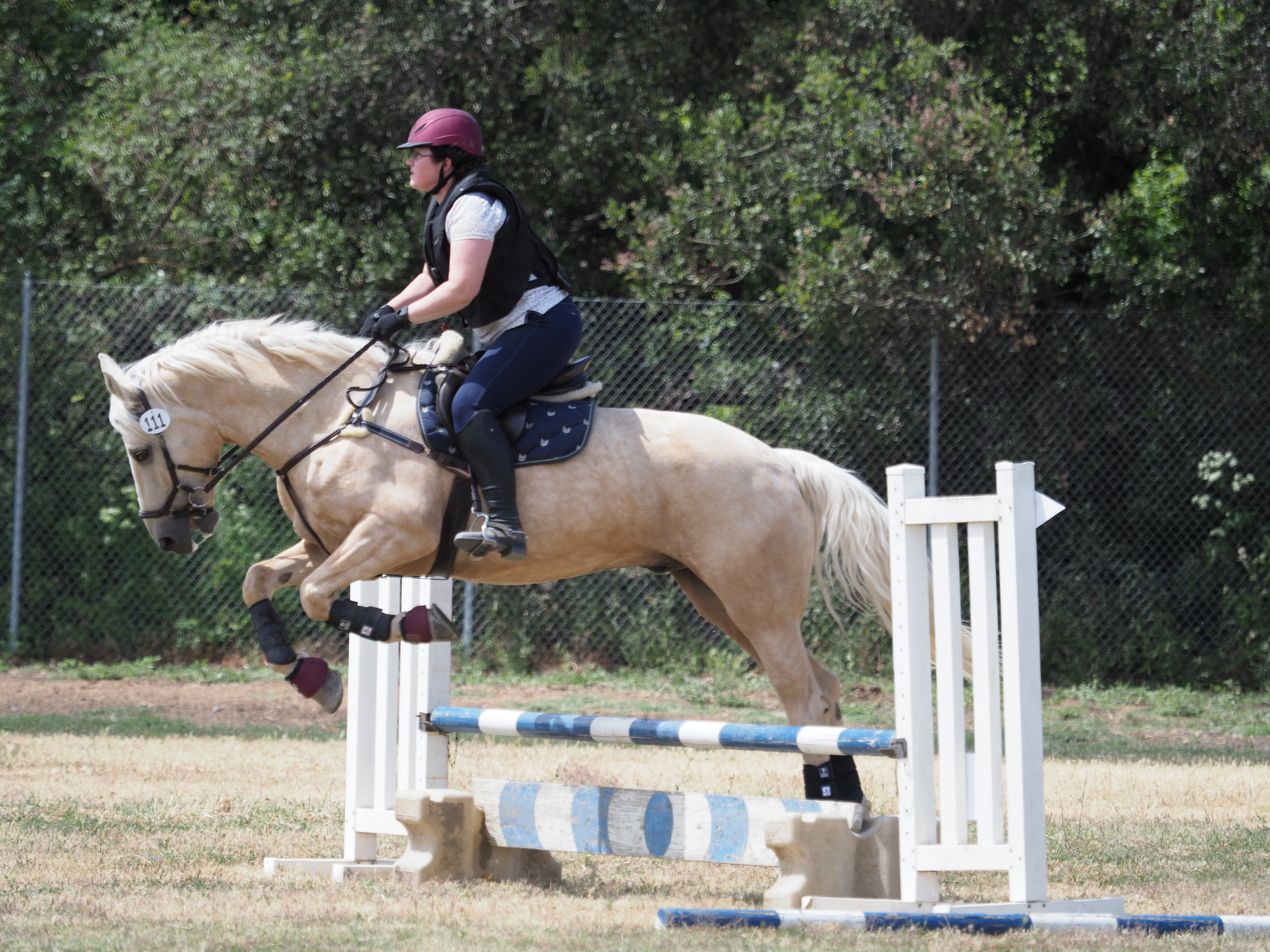 We trotted the next jump and then circled again and did the 5th. I think I finally let him canter at the 7th or 8th jump (I don’t remember the #s). And I let him canter 2 in a row. 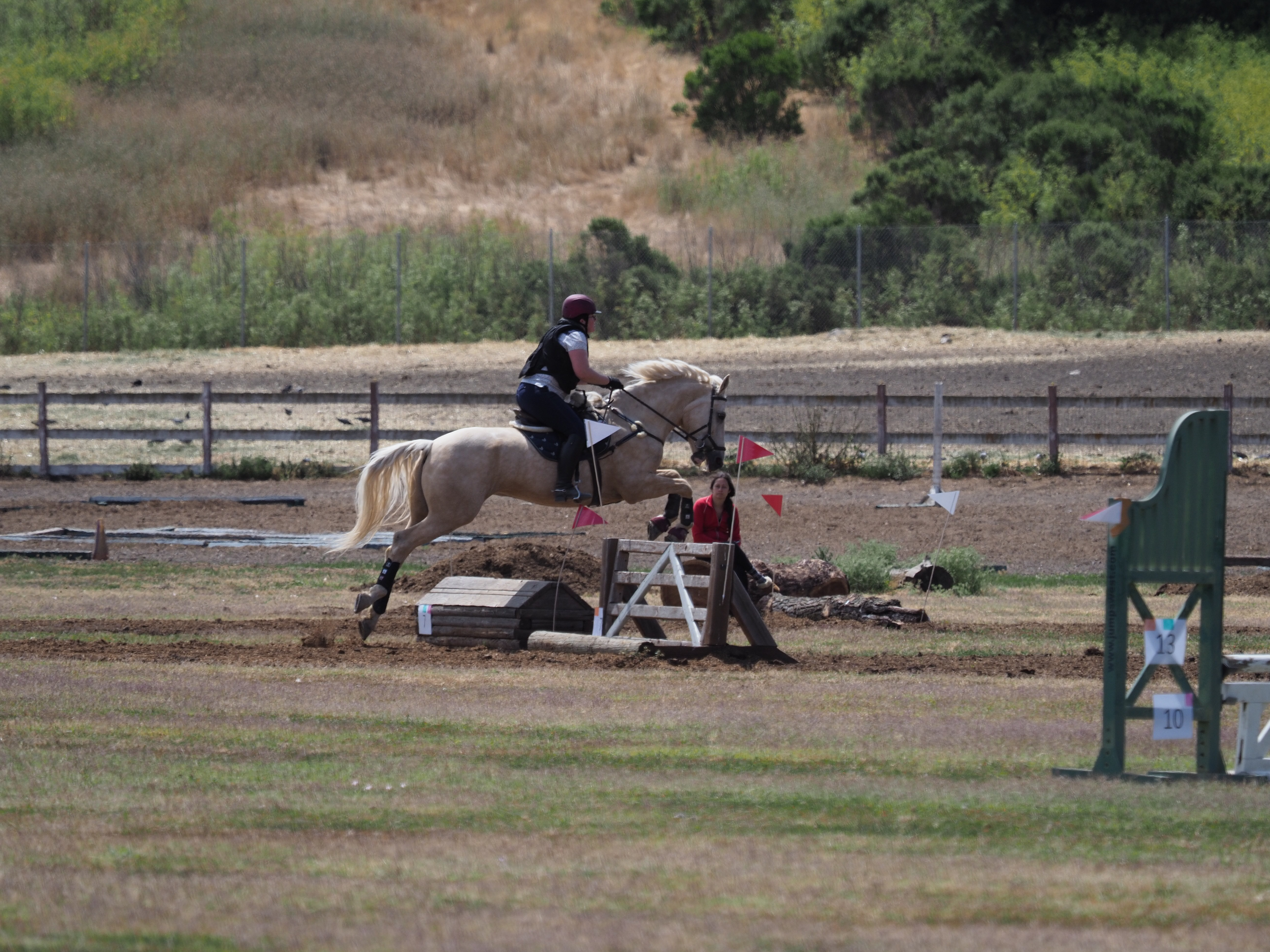 We did another jump at the trot because it was awkwardly positioned, but I let him canter down to the last jump and the finish. 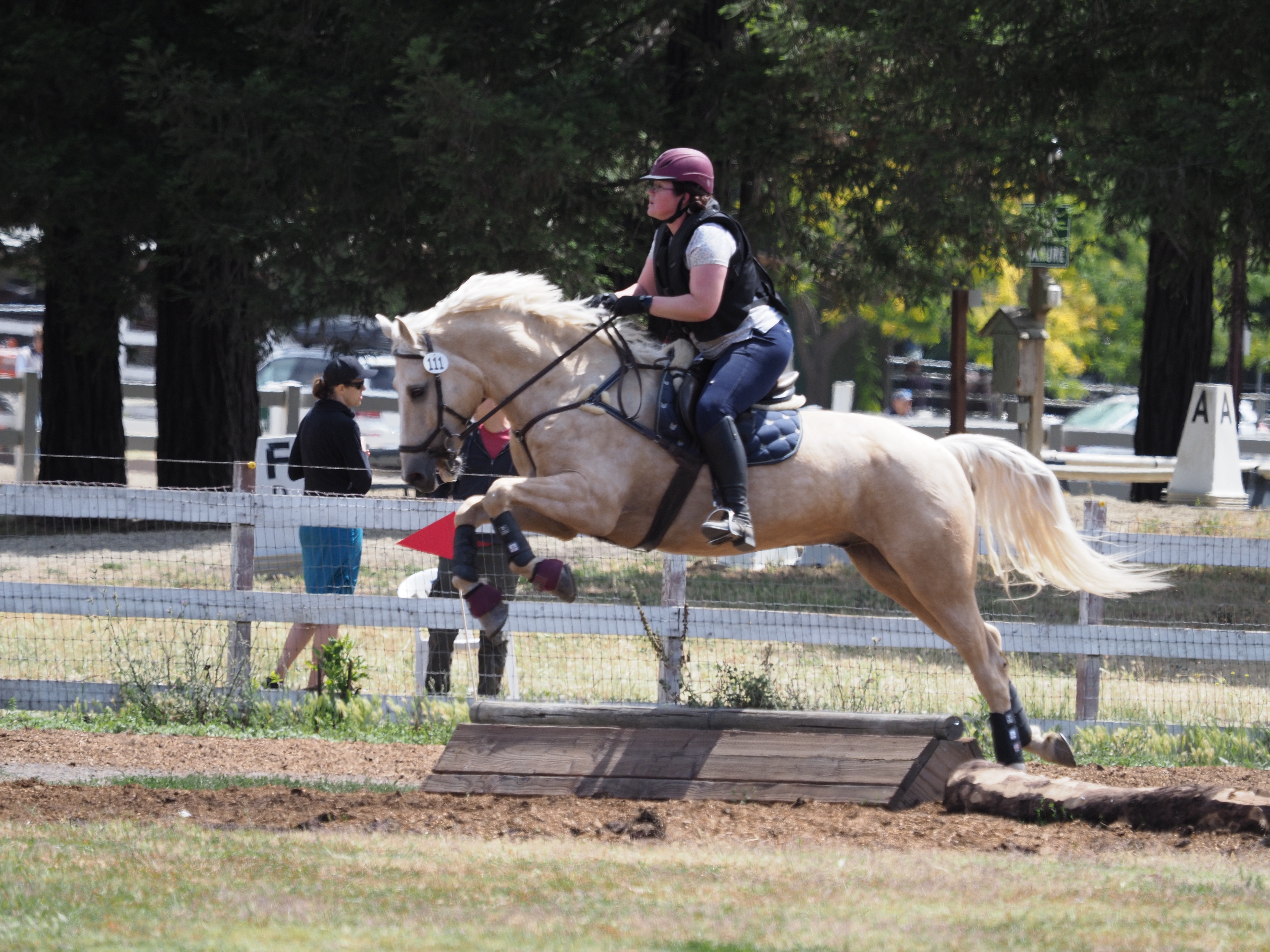 We ended up getting 2nd out of like 10 because a lot of people had refusals or rails. It turns out if you drop down way below both your and your horse’s ability, you can beat small children on ponies out of their ribbons! I felt a little bad about that – but not bad enough to not take my ribbon because ribbonho – but I was glad we had dropped down did a nice, easy course. I liked feeling like I could trot the jumps if I needed to and that I could stay on even if he jumped awkwardly. I think we’ll stick with Intro until I’m feeling more confident.